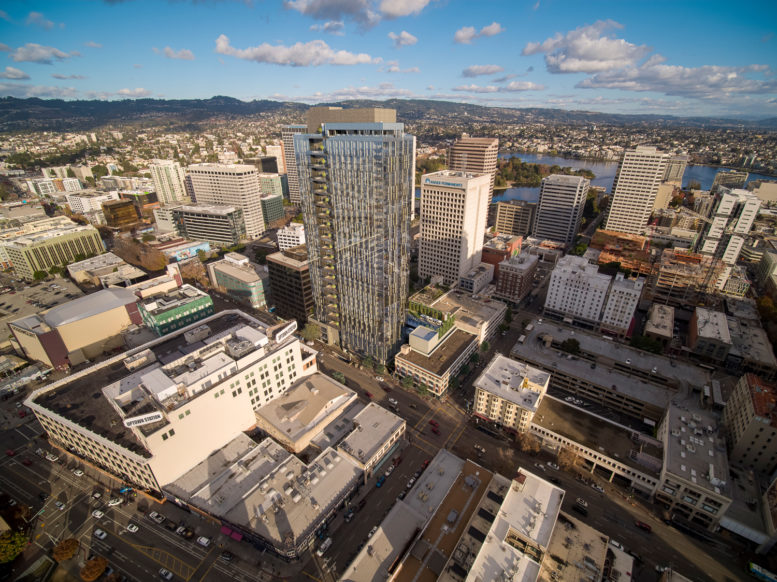 Last week, SFYIMBY was given a tour of 1900 Broadway in Downtown Oakland. Construction has surpassed ground level, and by next week Behring Companies CEO Colin Behring tells us that a new floor will be visible from the street. At full buildout, the 39-story skyscraper will target young professionals with housing, amenities, and co-working space right above a Bus Rapid Transit stop and the 19th Street BART Station fifteen minutes away from San Francisco. 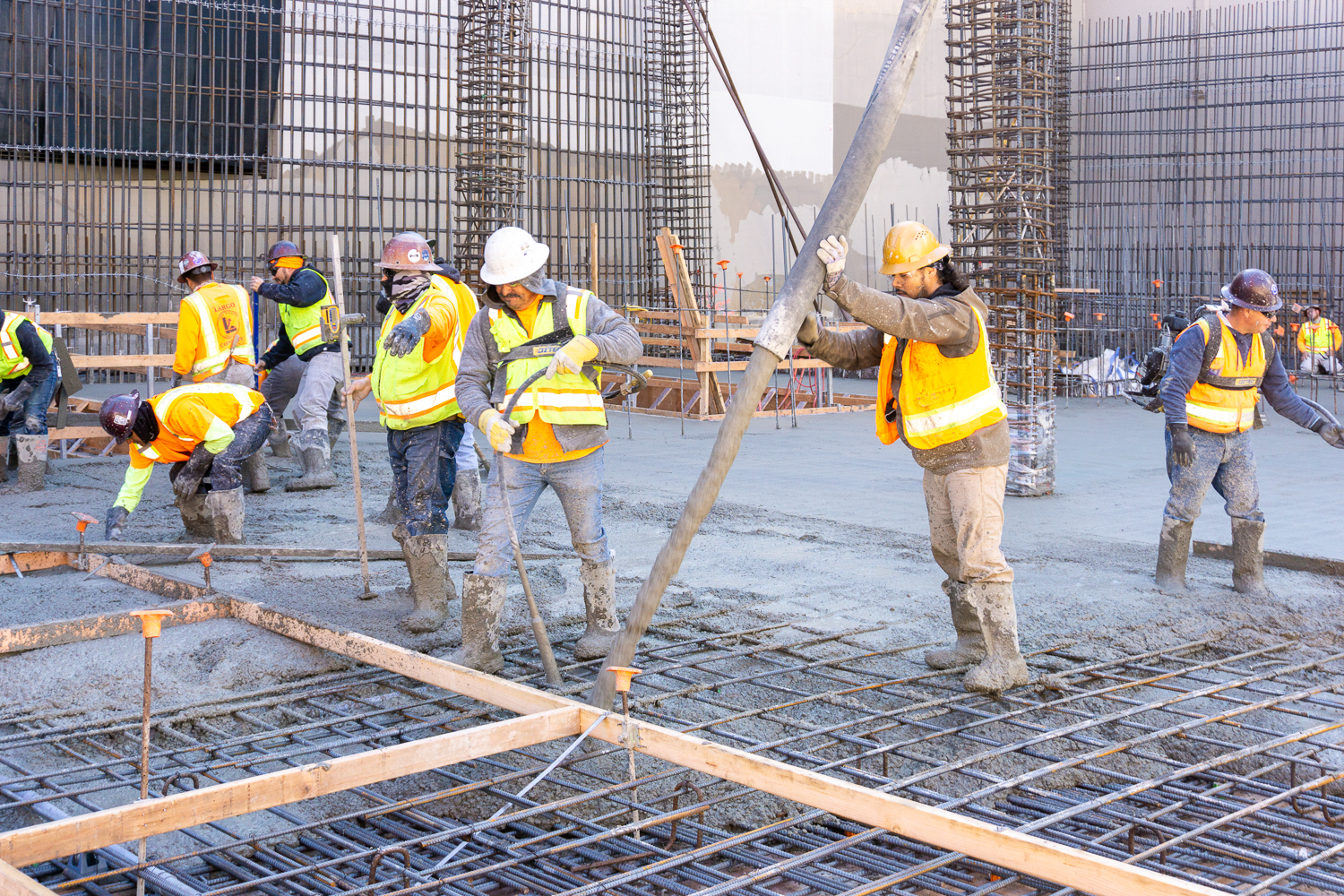 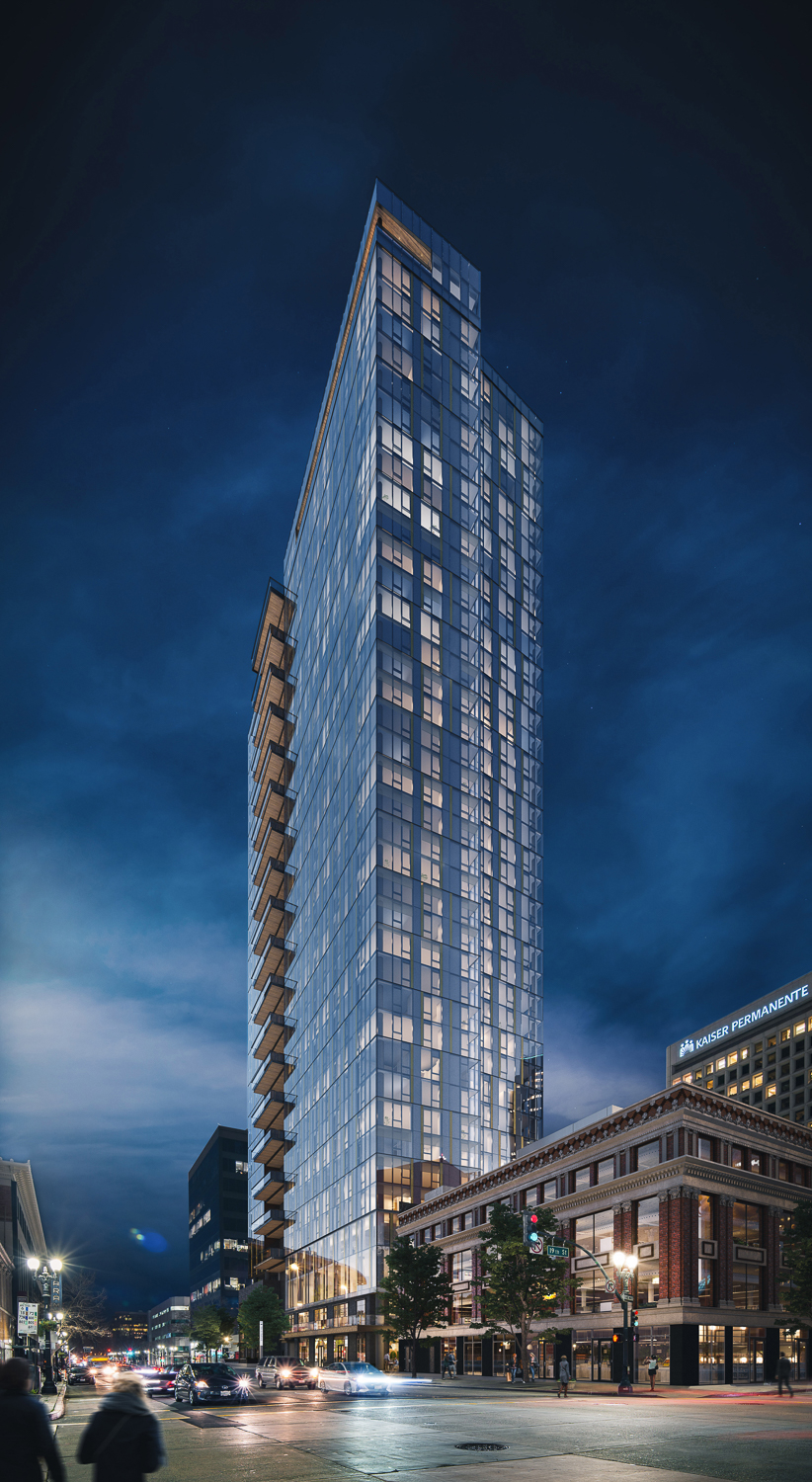 Parking will be included with access at ground-level to two-level garage. The parking process will be entirely automized, using technology developed in packaging warehouses. The system will also connect to a utility elevator that allows residents to move in large items like beds and desks easily. 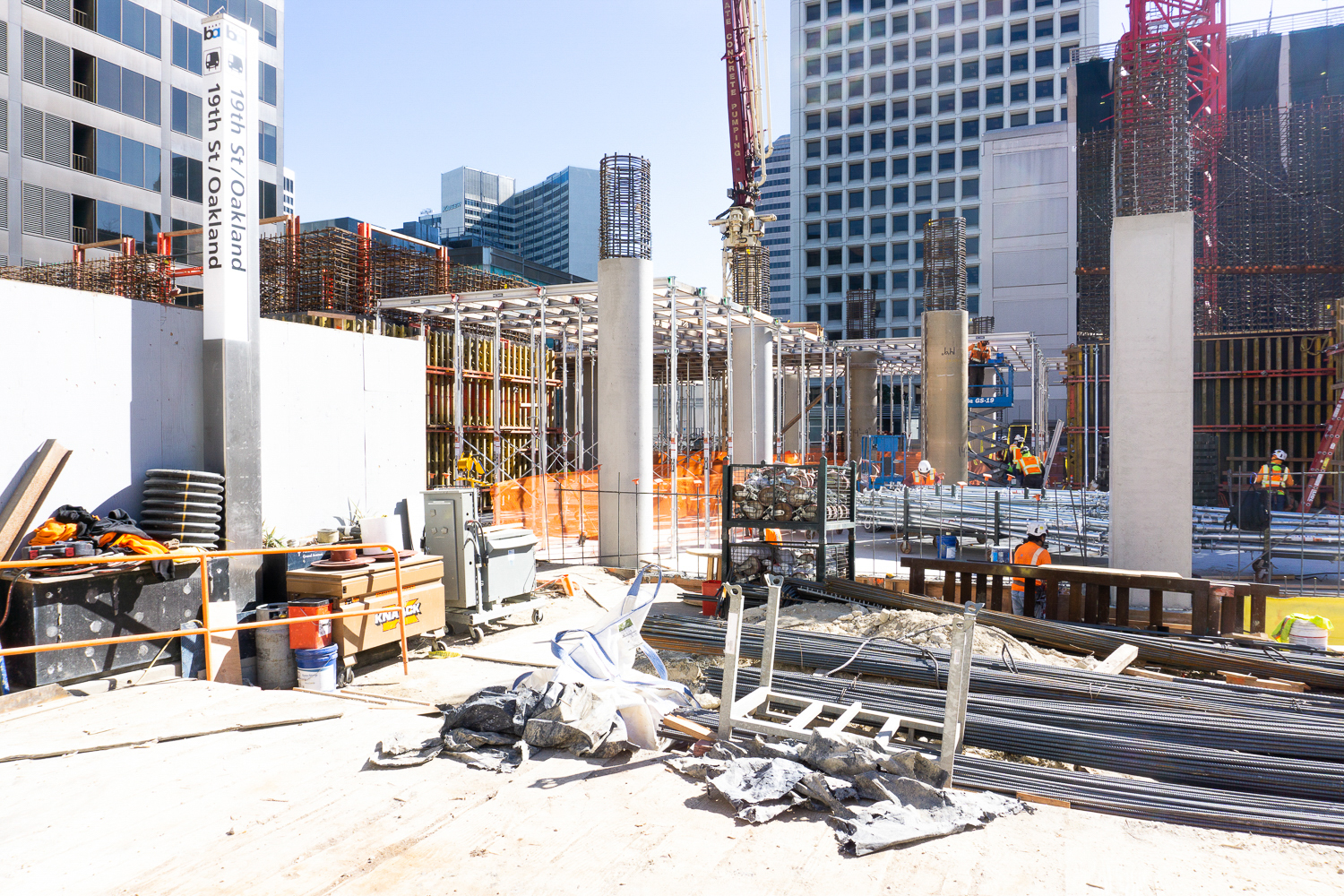 Along for the tour were Behring and Elizabeth Premazzi, the firm’s Director of Architecture and Interior. The new tower is the firm’s largest venture into Oakland but is unlikely to be the last. Behring expects the podium will be complete within the next two months, after which construction can hit high gear to top out by the end of 2022. The building is scheduled to open by November of 2023.

Several apartments will offer co-living units, with rents starting at $1,700 per month. 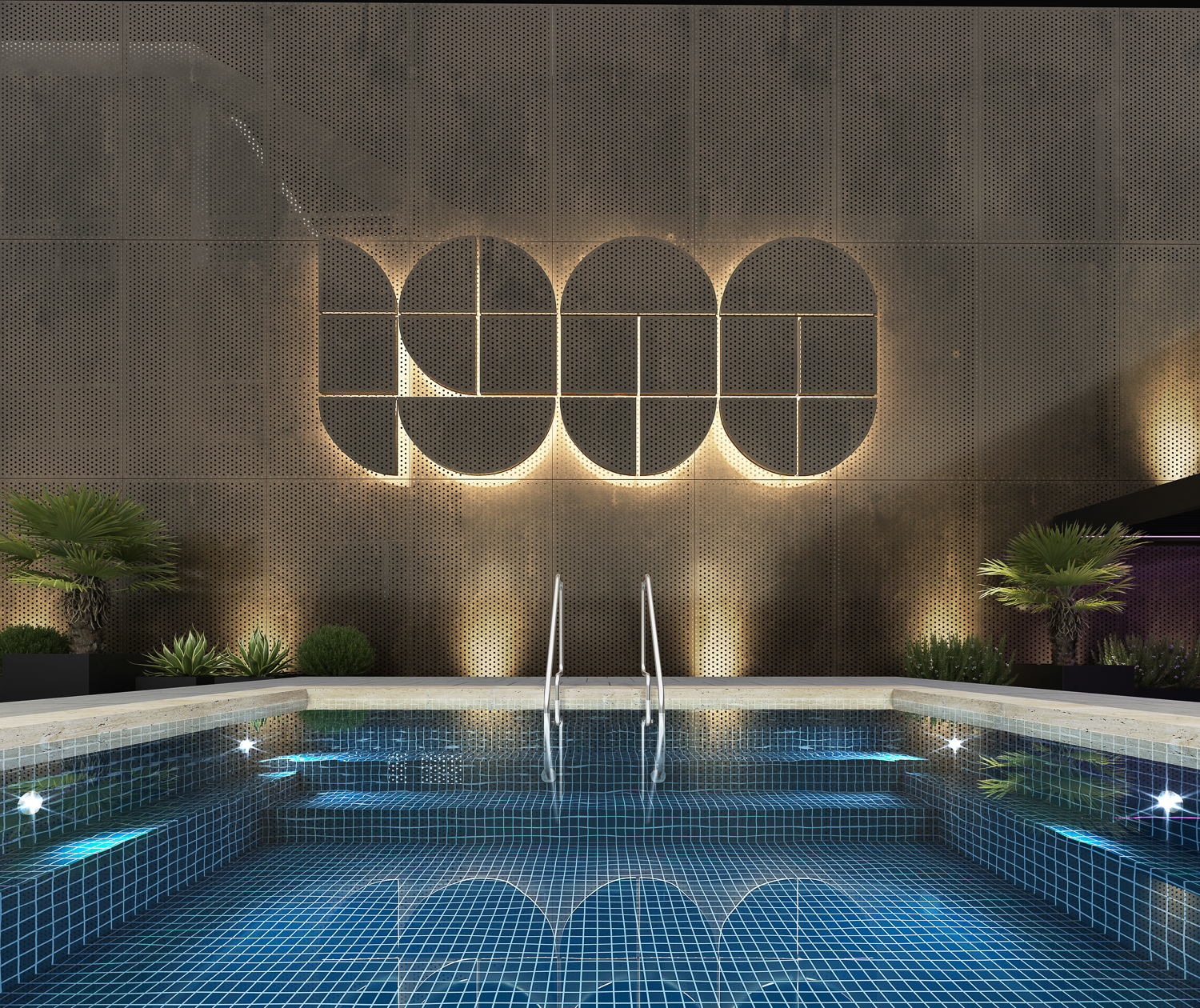 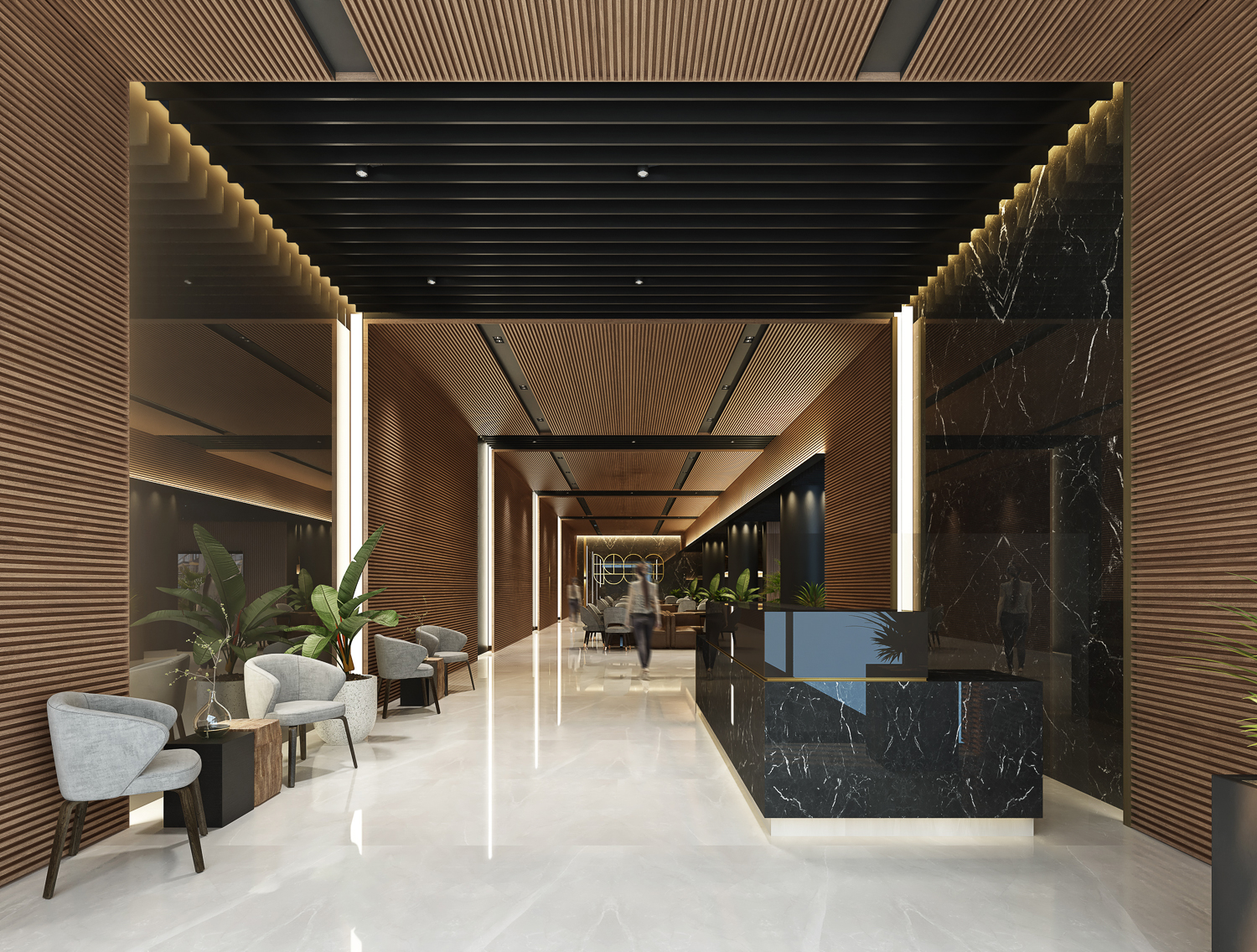 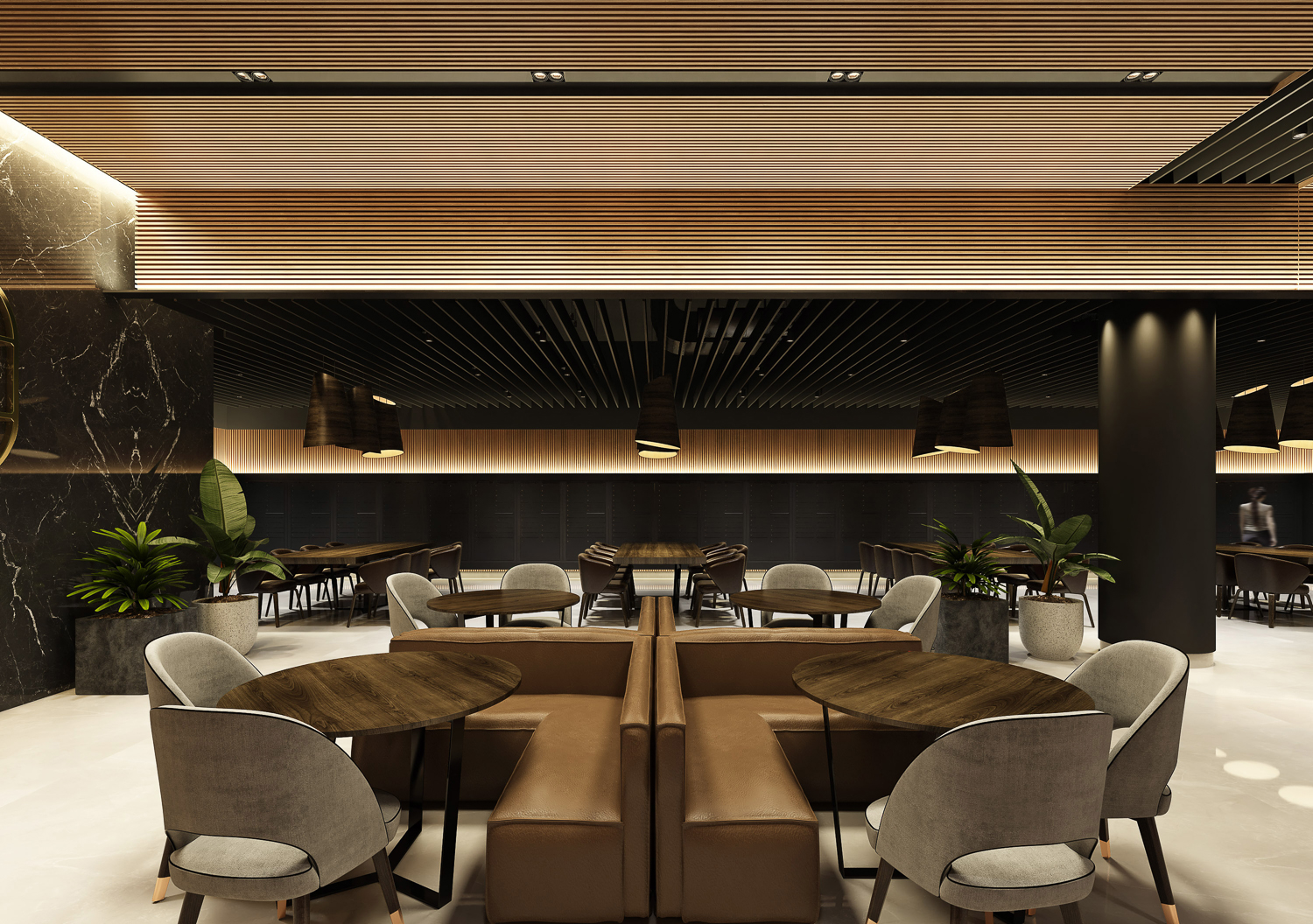 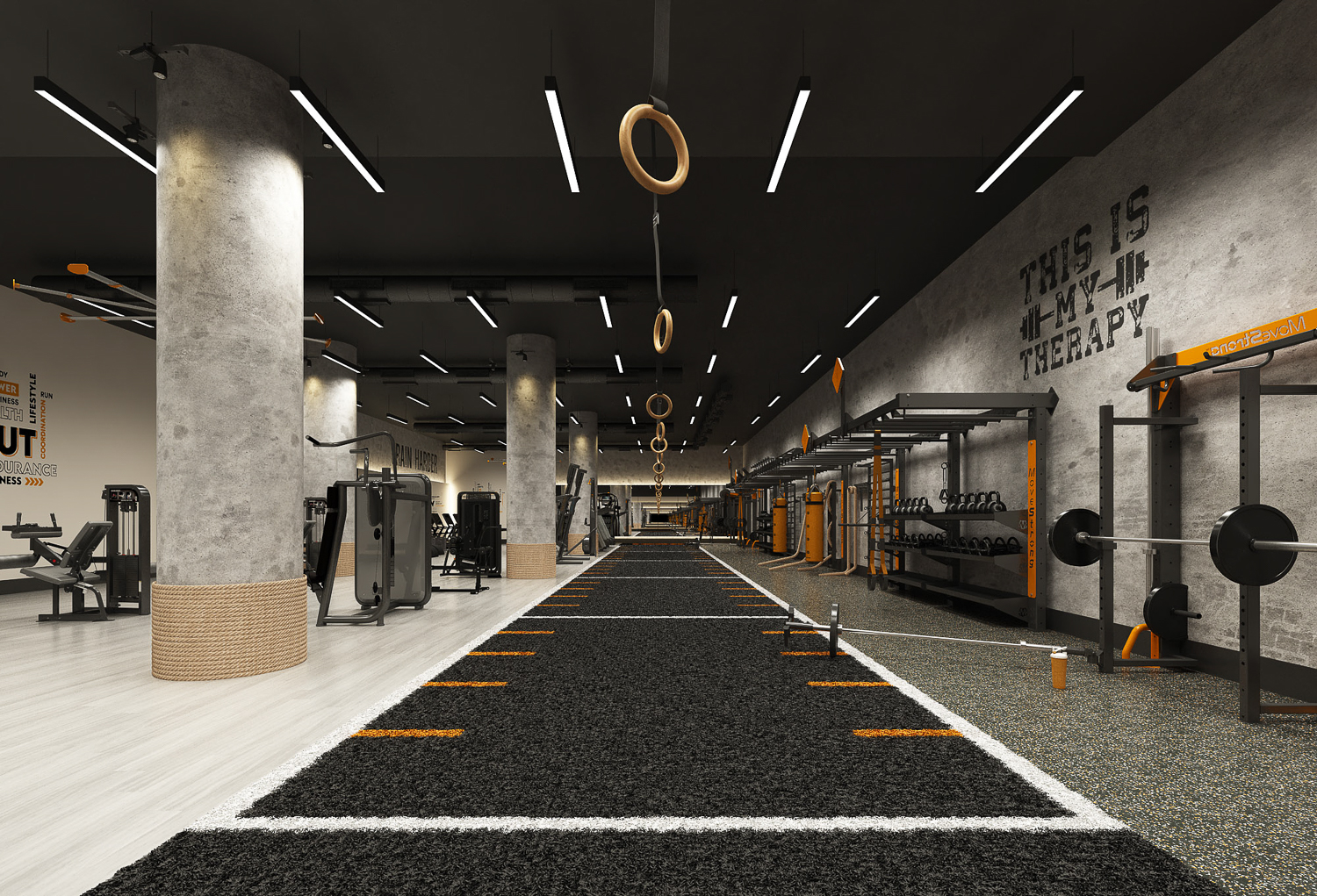 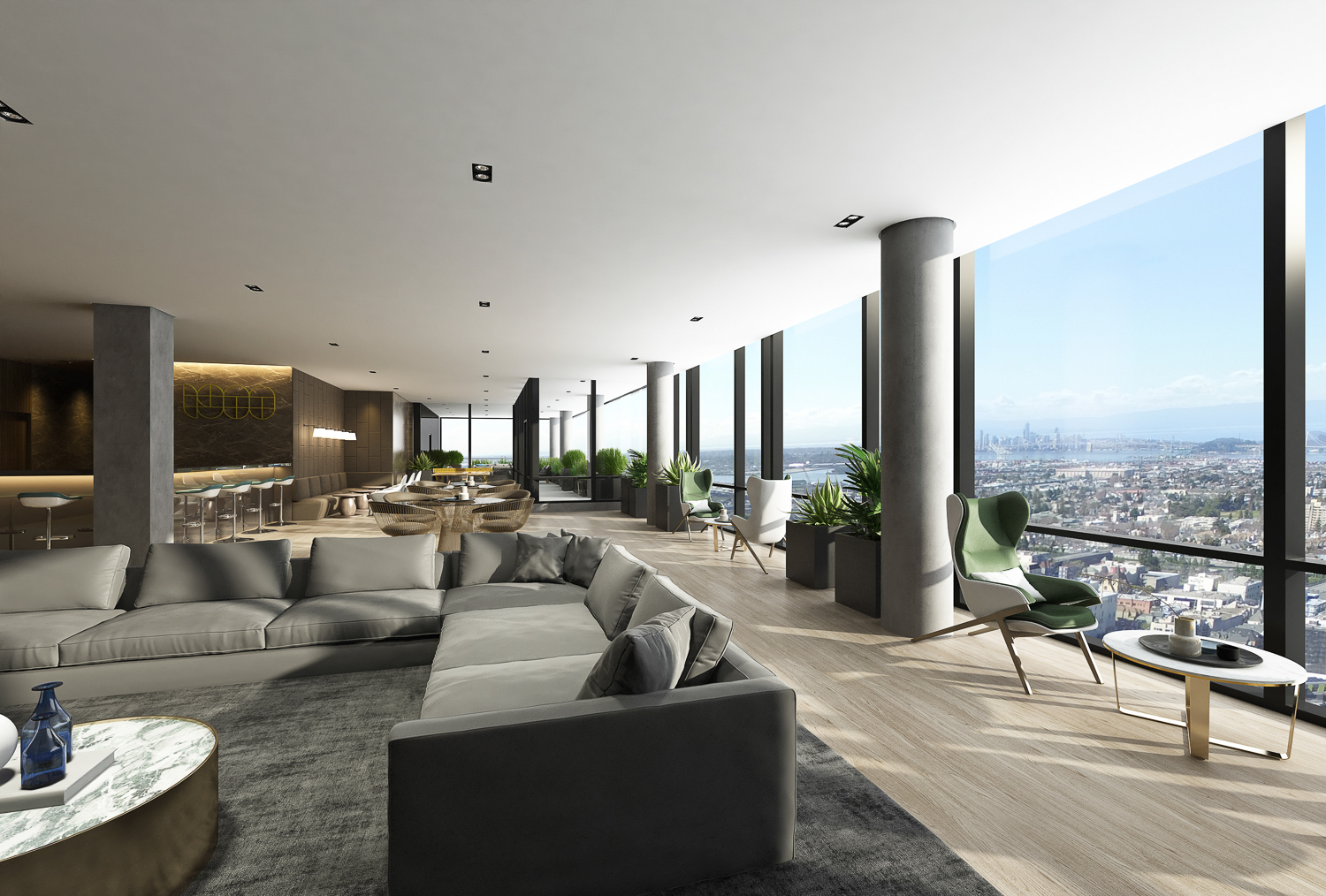 The interior design, spearheaded by Premazzi, will utilize technological solutions to create attractive homes with an efficient floor plan. With the Stak WFH Furniture Packages, as much as 35% of the room can be freed, with ORI Cloud beds that raise and lower from the ceiling, pocket closets, and a standing desk.

The various amenities all aim to provide a playful balance beside the tower’s coworking desk space. The penthouse lounge will include a members bar, media room, entertainment space, and lounge seating. A pocket park for residents will provide outdoor space with seating and tables for relaxation. Further up, a resort-inspired deck will include a pool with adjacent barbeque kitchens, fire pits, outdoor games, and dining space. Other amenities will include the fitness center, dog run, podcast studios, greenscreen labs, conference rooms, and video webinar suites. 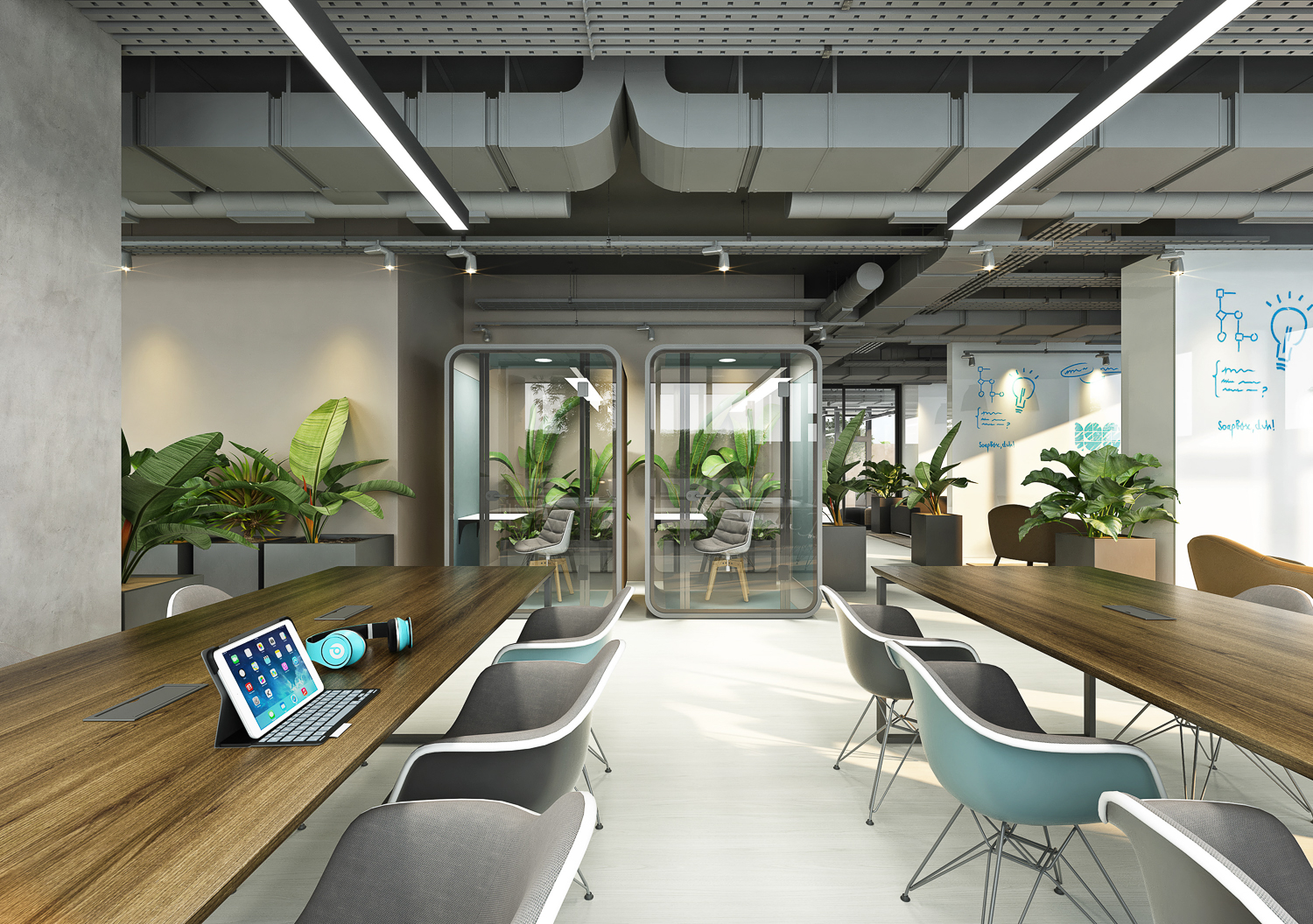 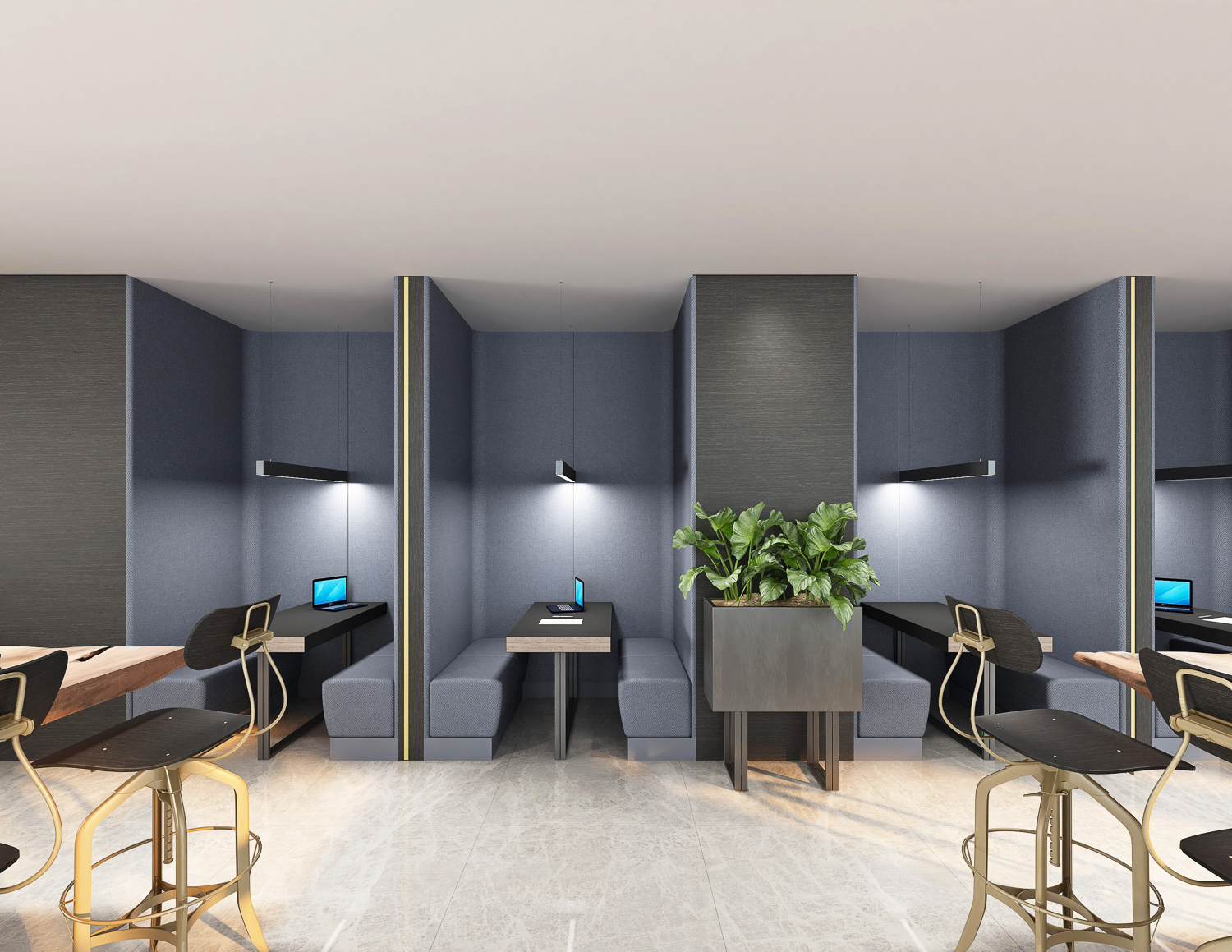 The cohesive integration of the amenities, a club, co-working space, and space-efficient furniture for the housing fits within the Behring Cos StakSite brand. According to the company, “StakSite’s are Behring’s proprietary “Full Stack” real estate offering covering the full spectrum of Live.Work.Play.Go. where Stak Members can cut their cost of living up to 37%.” The offering comes with a variety of benefits that hope to improve residents’ quality of life.

Solomon Cordwell Buenz is responsible for the building architecture. The curtain-wall design will be punctuated by thin champagne-tone bands, providing articulation and variance to the 395-foot facade. Facing Broadway will be balconies on each floor, spanning roughly 500 square feet. 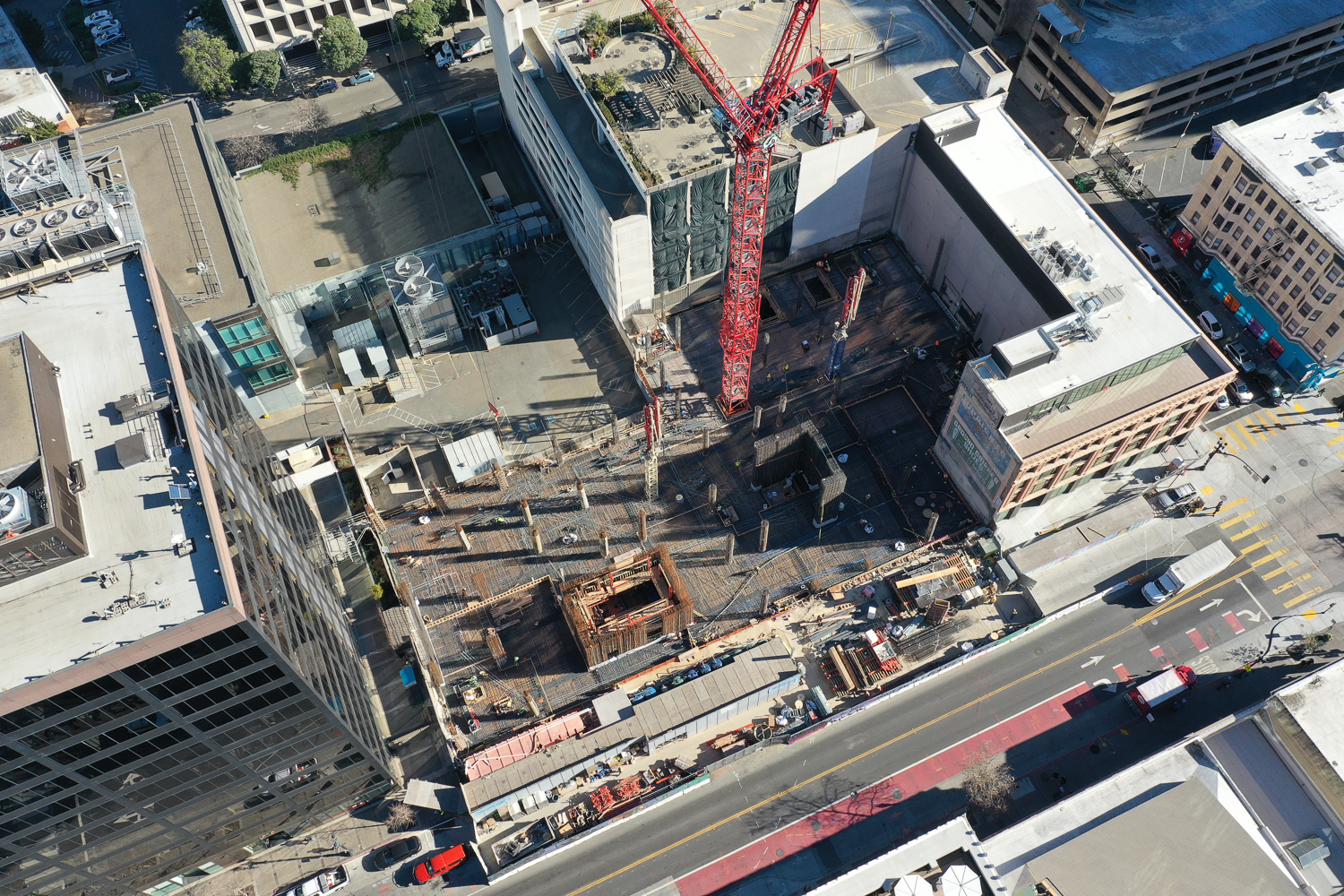 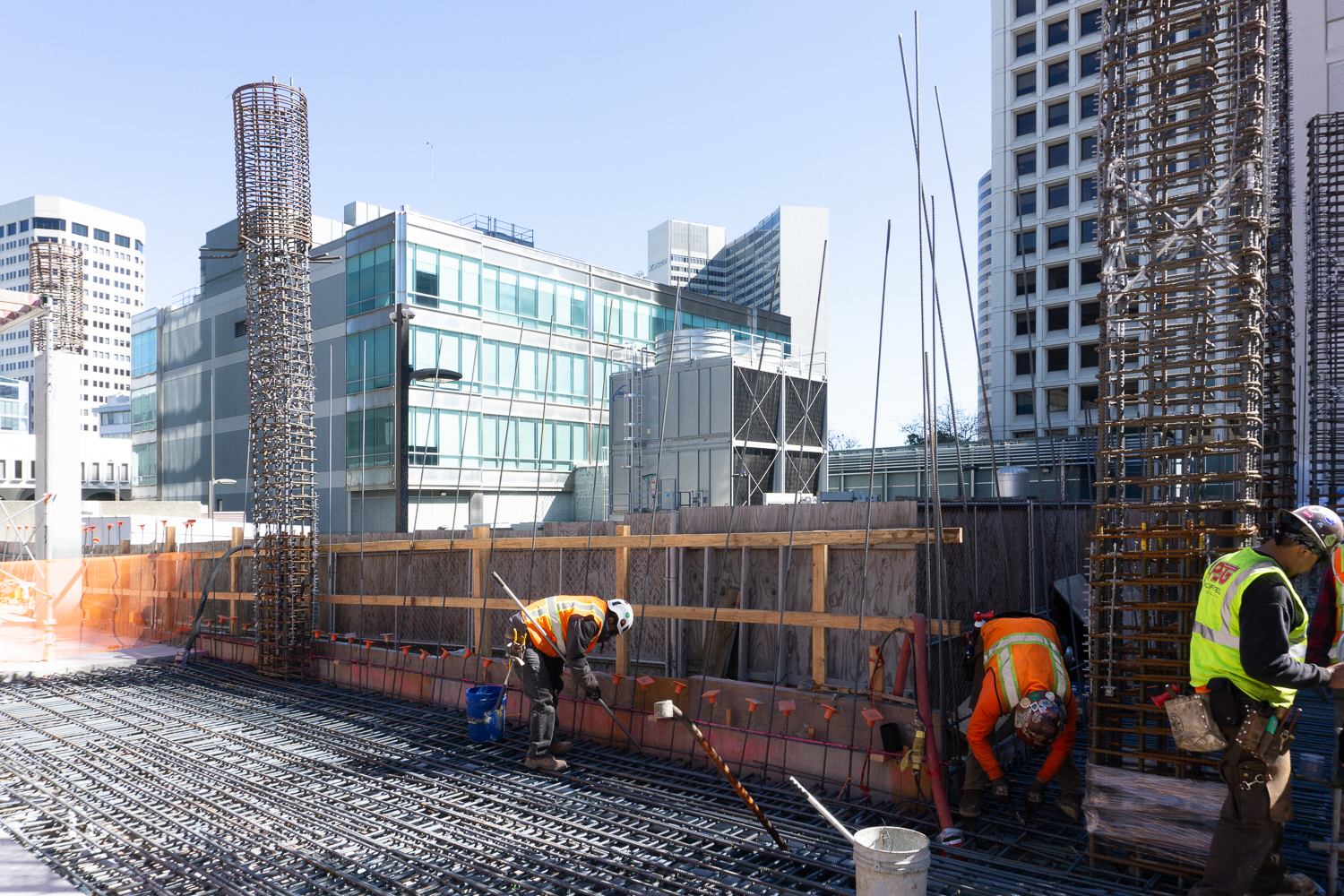 While the new residential tower at 1900 Broadway will have company with several other housing projects that hope to address the city’s housing capacity, the downtown expects to see several new offices pop up. This includes 415 20th Street, proposed by Hines to be the tallest tower in the East Bay with design by Pickard Chilton. The 622-foot tall skyscraper will rise directly across from 1900 Broadway.

Correction: The article has been amended to reflect that Behring Co is not involved in the redevelopment of the Tapscott building.