Development permits have been filed for a five-story affordable housing building at 1003 East 15th Street in Merritt, Oakland. The project, to be called Dr. Kenneth Anderson Senior Living, will build on the surface parking lot of Williams Chapel Baptist Church with 68 affordable homes and replacement parking for the church. Eden Housing is the project sponsor.

The 52-foot tall structure will yield roughly 63,050 square feet from a 0.52-acre foot print. Of the 68 apartments to be included, 67 will be one-bedrooms, and one will be a two-bedroom unit. Parking will be included for 12 bicycles and 73 cars, a reduction from initial plans for 84 spaces, and included to compensate for the church’s loss of a surface parking lot. Most of the spaces will be for the church, while around a dozen will be for residential use. 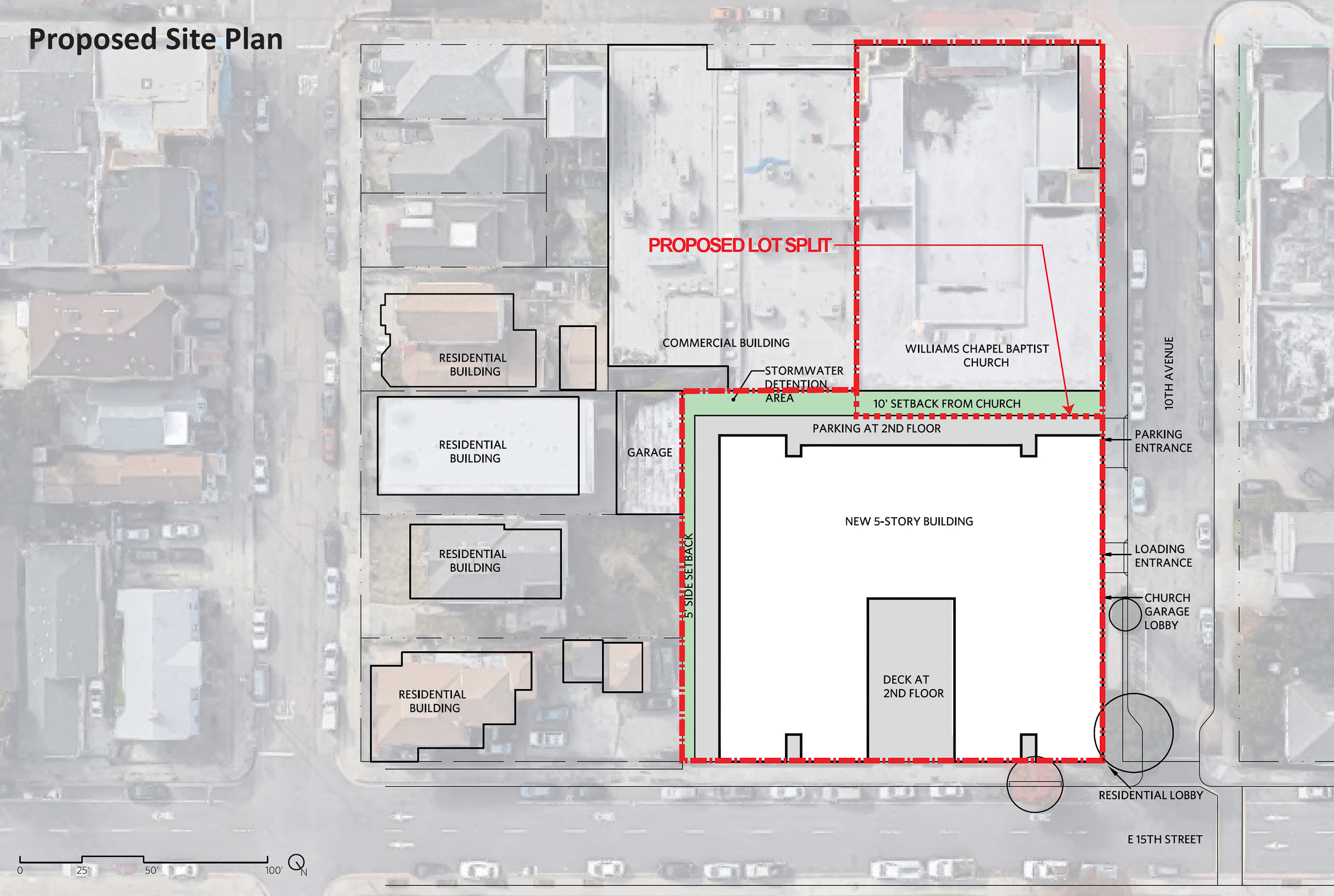 MWA Architects is responsible for the design. The podium-style building will rise from a two-level podium inspired by the neighboring church building. The arched entry will feature ceramic tiling, while the rest of the exterior will be a variety of materials including ceramic, cement board panels, and stucco.

The development has been granted protection with Senate Bill 35, an affordable housing streamlined approval process bill signed in 2017. An estimated cost and timeline for construction have not yet been shared.

Be the first to comment on "Affordable Housing Proposed for 1003 East 15th Street, Merritt, Oakland"