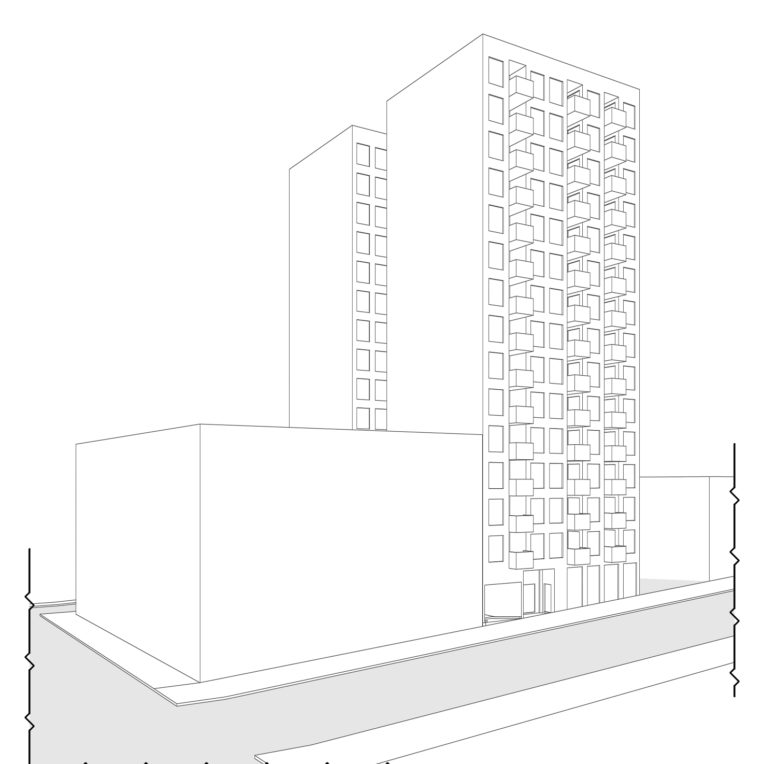 A project application has been filed for a 16-story mixed-use apartment tower at 819 Ellis Street, located on the western edge of San Francisco’s Tenderloin neighborhood. Construction would replace a three-story garage with 120 new homes by the nearly-complete Van Ness Bus Rapid Transit corridor. JS Sullivan is responsible for the application. 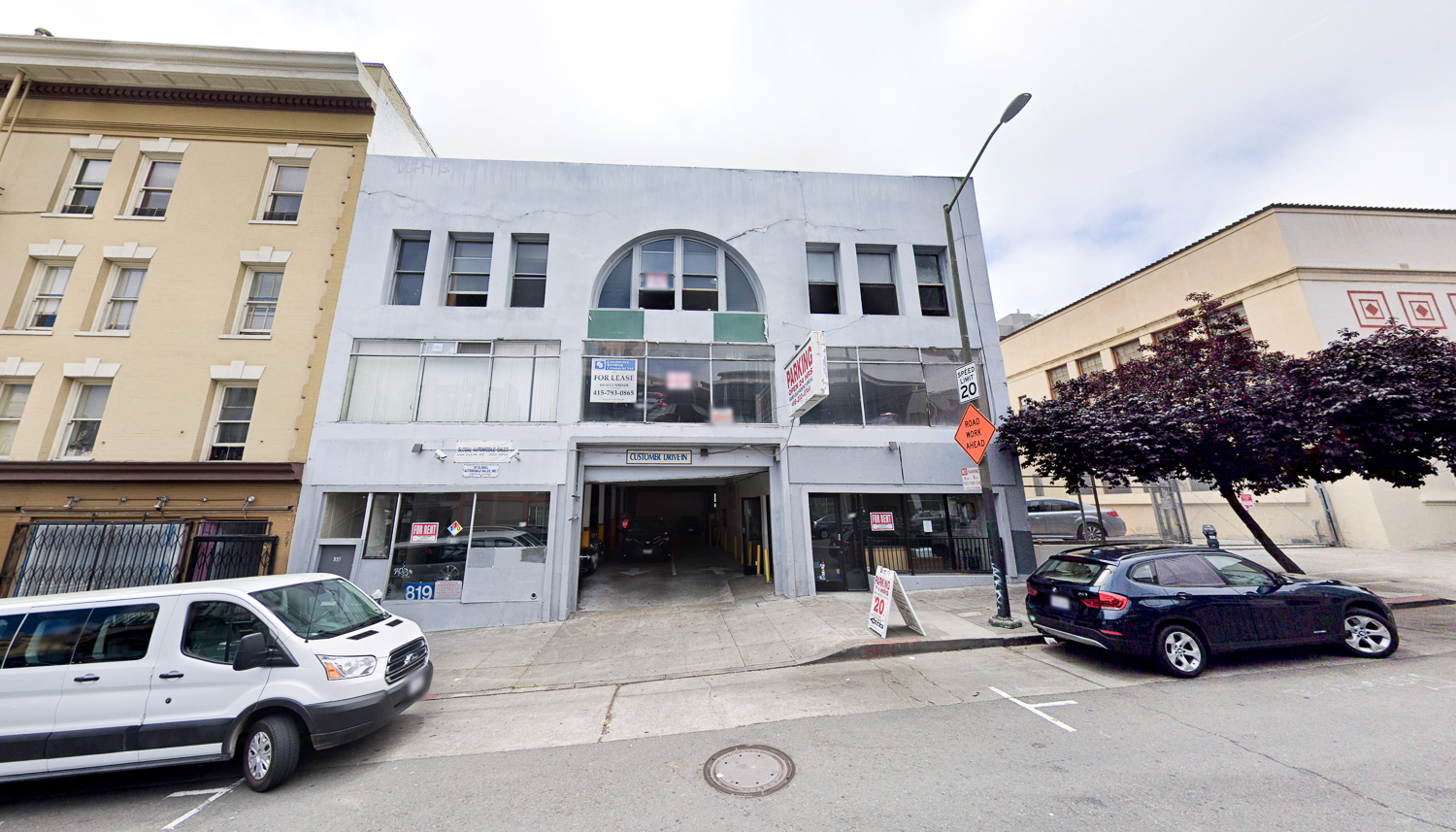 The 165-foot tall structure will yield around 90,000 square feet of residential floor area, averaging 750 square feet per apartment. A 700 square foot space will create a new retail shop along Ellis Street at the ground level. The project will make use of the State Density Bonus program. The state program increases the residential capacity by 50% for any project that has a certain percentage of apartments priced as affordable housing. Granted, because San Francisco’s own affordable housing requirements assure nearly all multi-family proposals can benefit from the program. 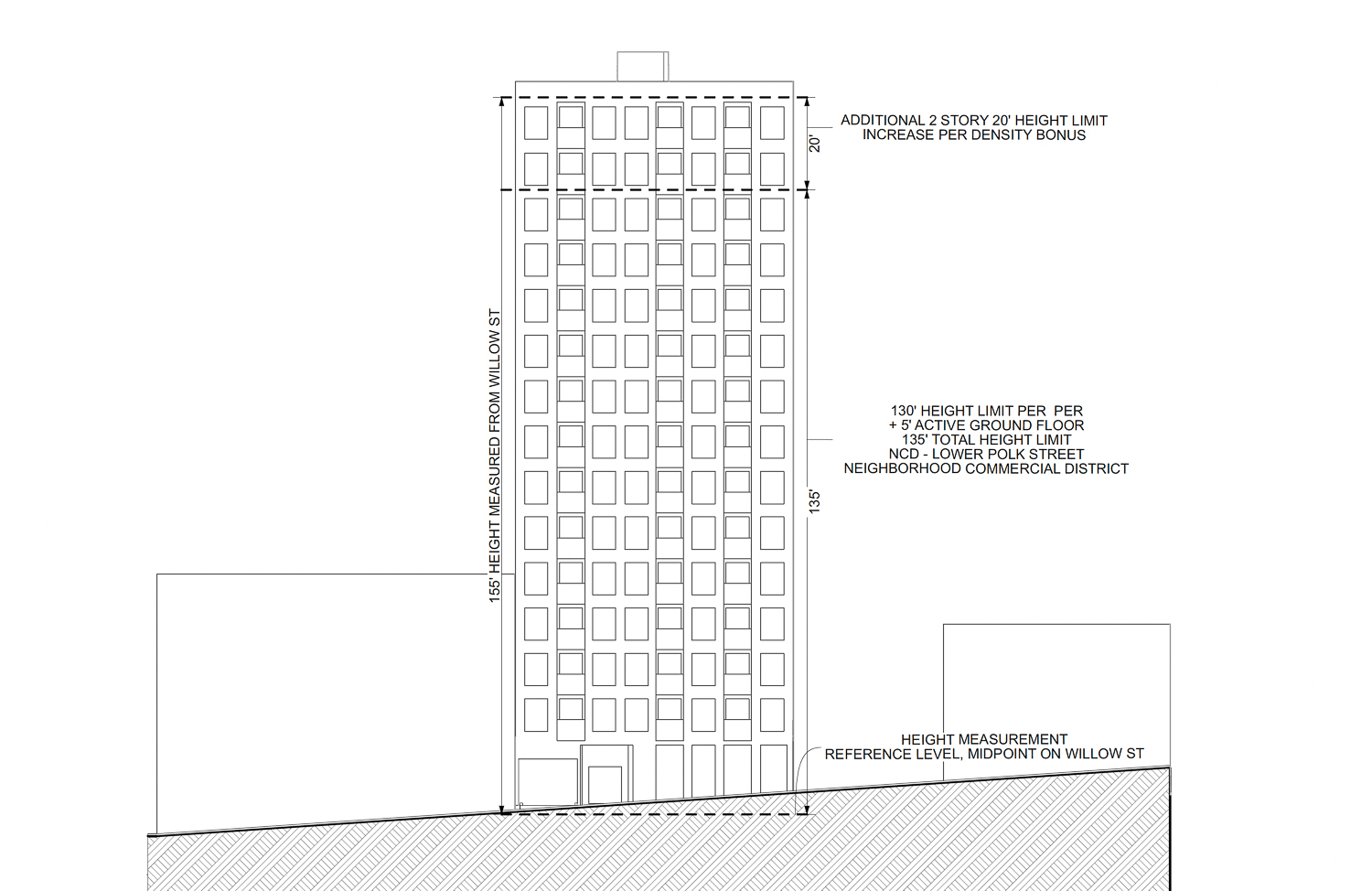 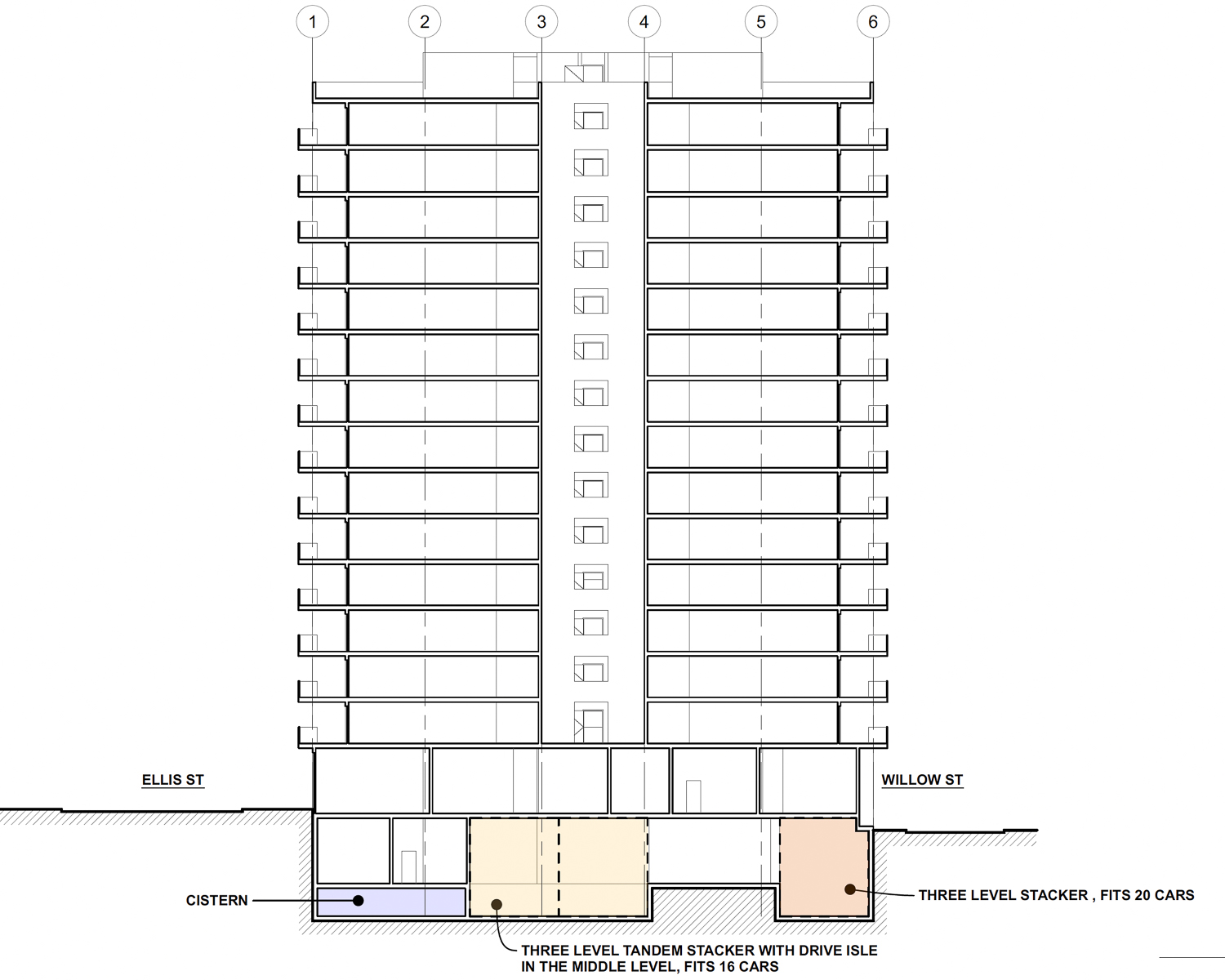 The recent filing shows a minor increase from the plans submitted in September of last year. Initially, JS Sullivan has proposed a 15-story infill, with 112 units planned to be sold for ownership. It is unclear if the latest iteration will include the same capacity for 38 vehicles and if all unit sizes will be evenly divided between studios and one-bedrooms.

The filing also indicates that JS Sullivan hoped to use the Cars to Casas ordinances, proposed by Mayor London Breed last year. According to the Chronicle, the ordinance failed to be approved by the Board of Supervisors this January. 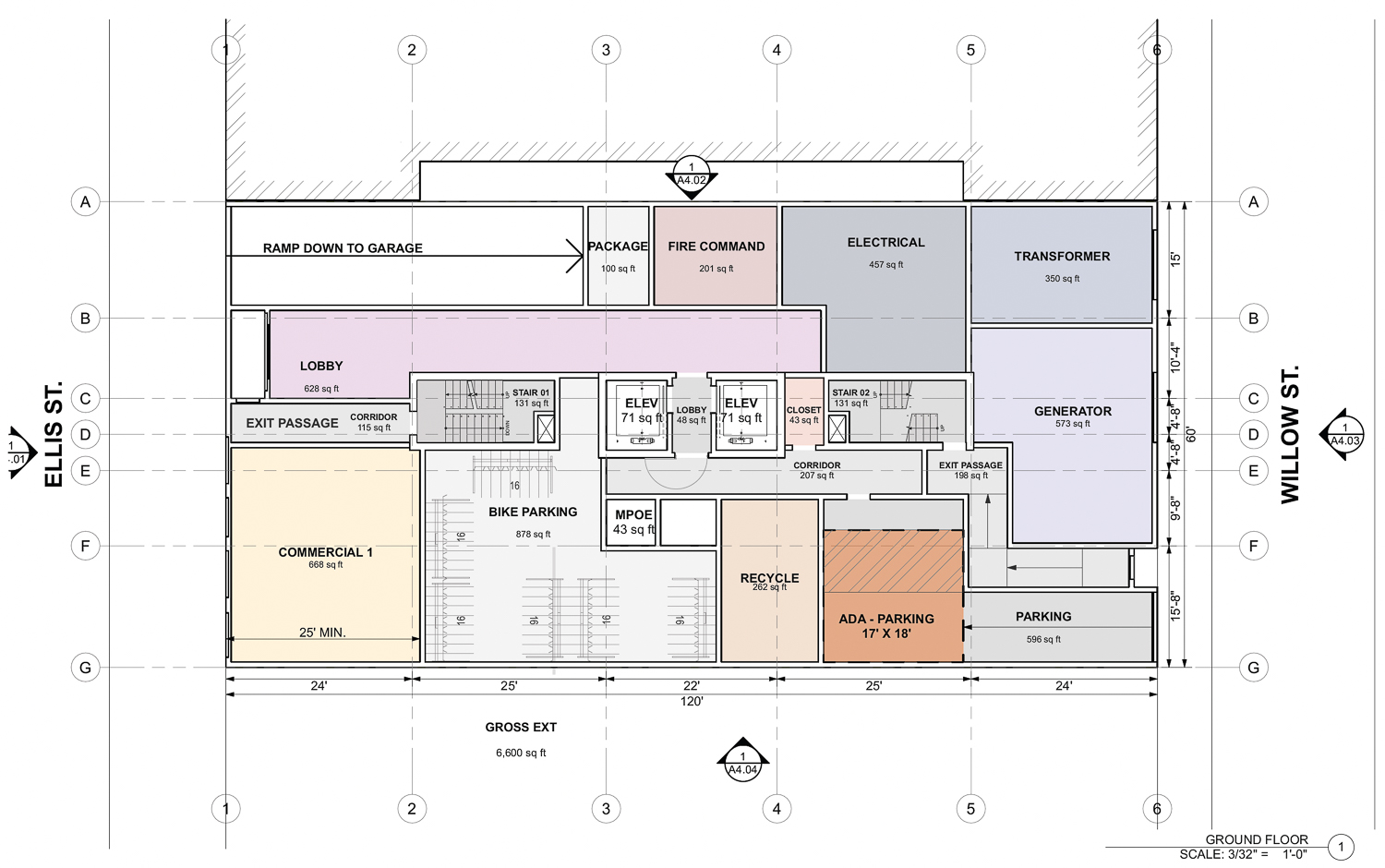 RG Architecture will be responsible for the design. At this stage, preliminary illustrations don’t provide much detail about the future architectural style. Most likely, it will be clad with some variation of stucco, fiber cement siding, and metal panels.

The 7,196 square foot lot extends from Ellis Street to narrow Willow Street. The property is between Ellis Street, Eddy Street, Polk Street, and Van Ness Avenue. The project will rise one block north of two similar buildings, the 13-story 841 Polk Street and the 14-story 921 O’Farrell Street. All three proposals are poised to add dense new housing by one of the city’s primary commercial and transit arteries.

Janina M Hoskins, Chapter 11 Trustee, is listed as the property owner. An estimated cost and timeline for construction have not yet been shared.