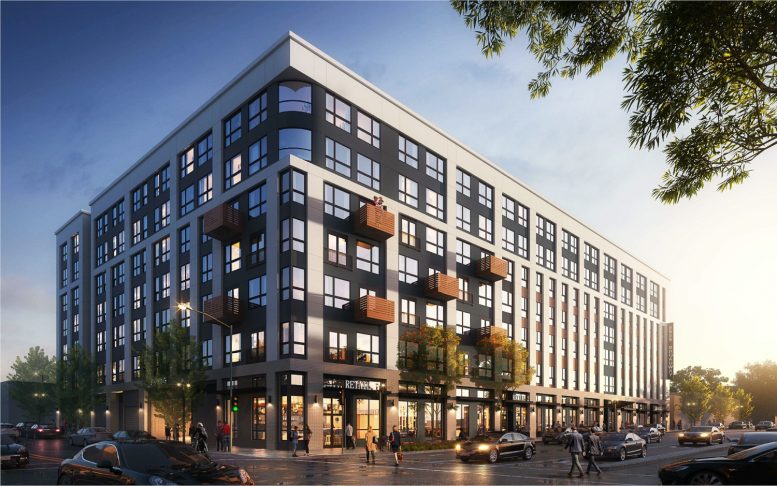 The City of Oakland has published the environmental analysis for 2929 Broadway, a seven-story mixed-use project located on Pill Hill, Oakland. The study concludes that the project is eligible for streamlining through the California Environmental Quality Act process, hastening the path toward approval and construction of 220 apartments. The Martin Group is responsible for the project as the applicant and property owner. 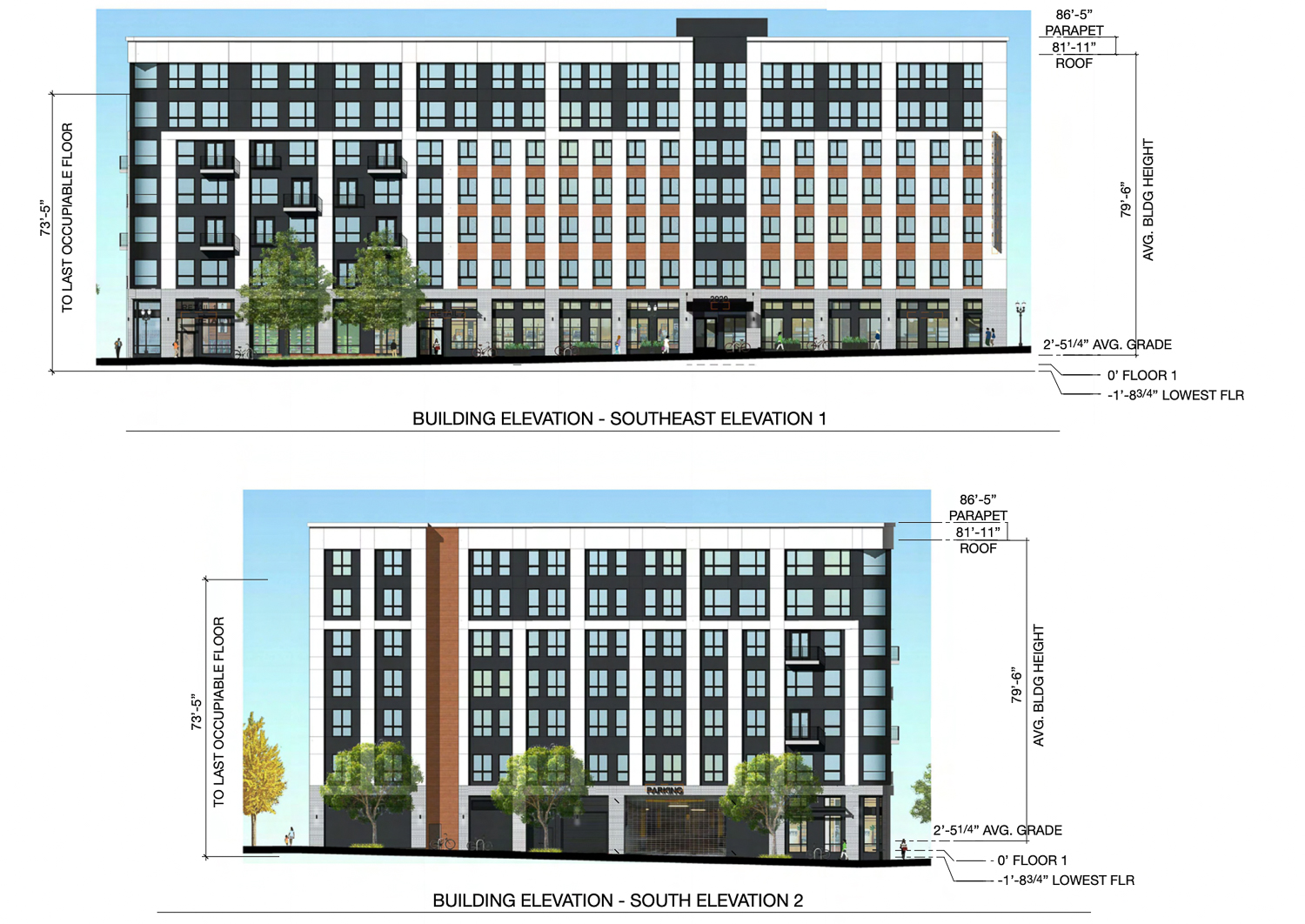 Of the 220 units, there will be 197 market-rate units and 23 very-low-income units. The proposal now uses the State Density Bonus law’s 50 percent bonus. The project also seeks waivers for open space and rear yard setback requirements to ensure property density. Unit sizes will vary between studios, one-bedrooms, and two-bedrooms. 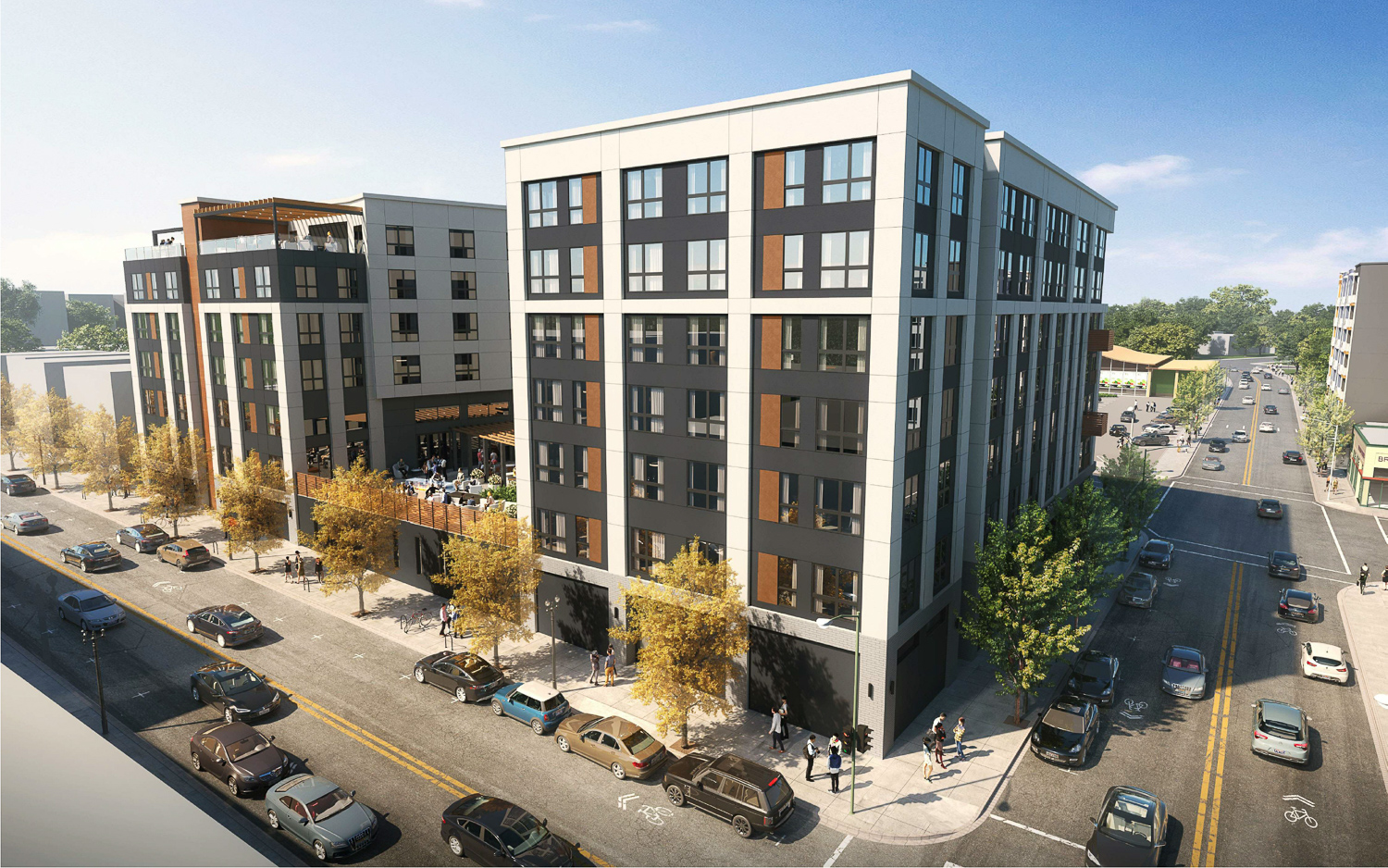 Residential amenities will include the lobby and connected lounge, a fitness center, two courtyards on the second floor, and a rooftop deck with views across the city. Some residents will have access to private open-air balconies.

BDE Architecture is responsible for the building design. The podium-style building will feature an articulated facade using different colors and materials to emphasize its verticality. The building bends around an obtuse-angled corner of Broadway and 29th Street. The two-bedroom units on the sixth and seventh levels of this corner will be privy to curved glass windows, providing a dramatic flair with views over Broadway toward the Ordway Building and the Adams Point neighborhood. 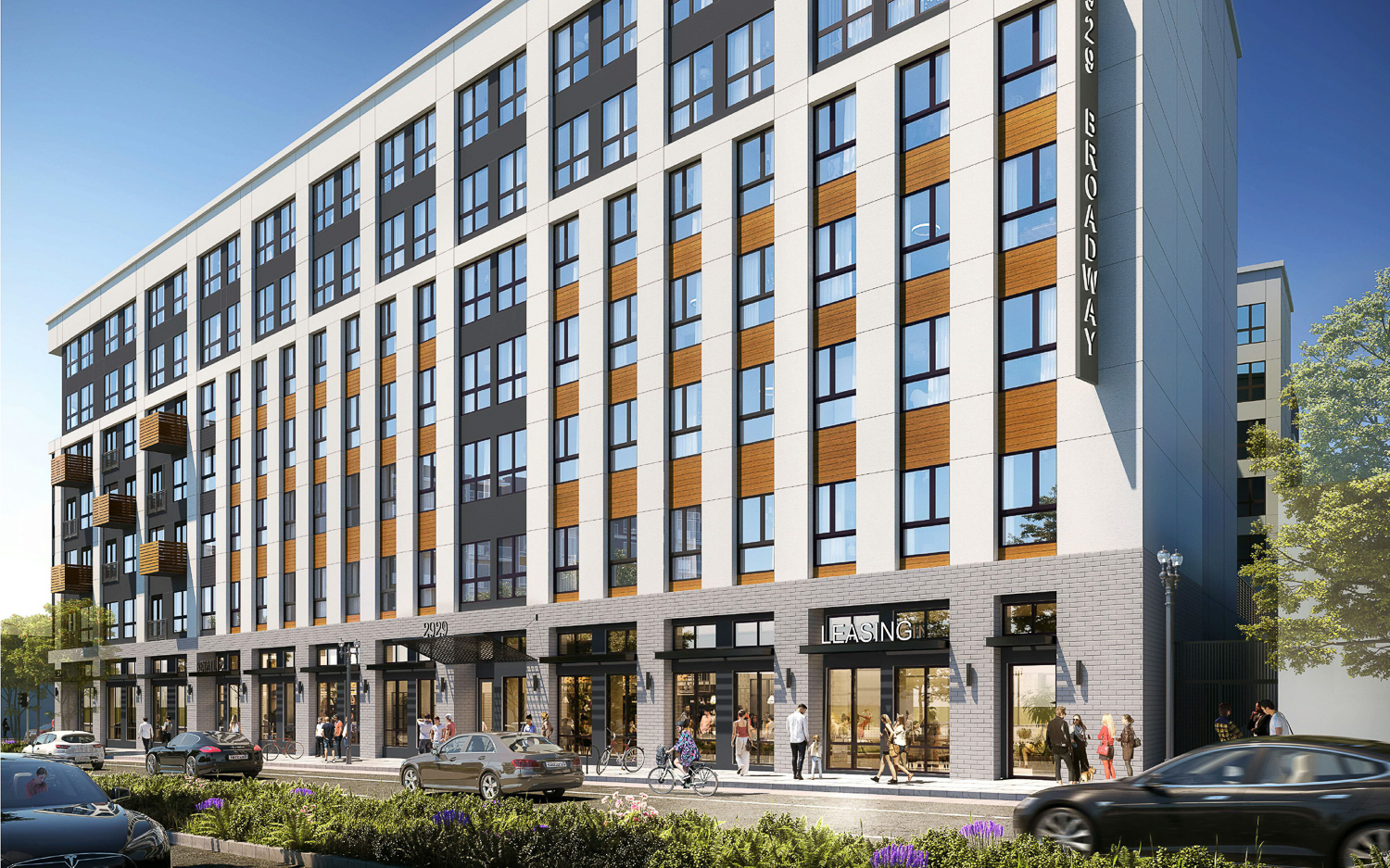 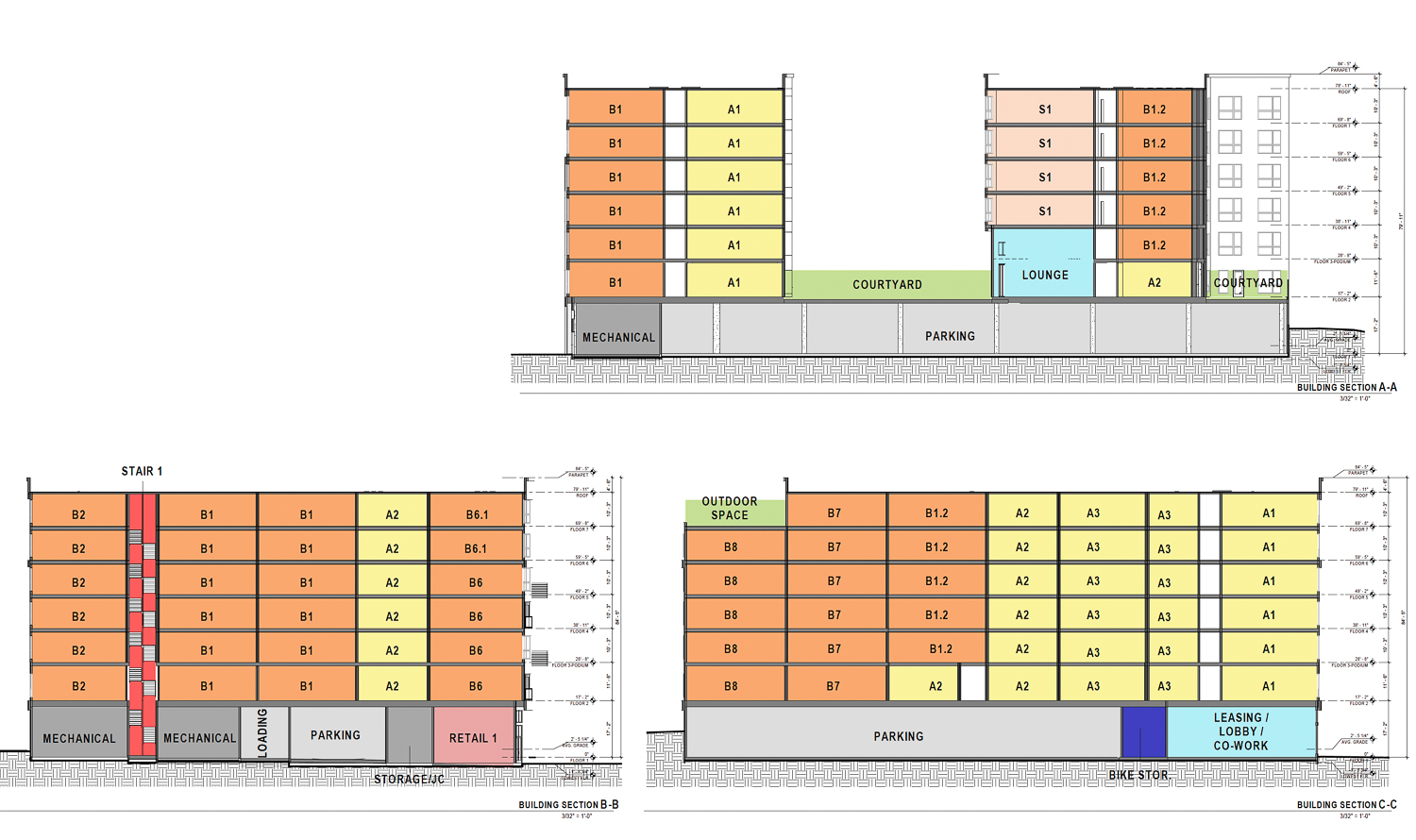 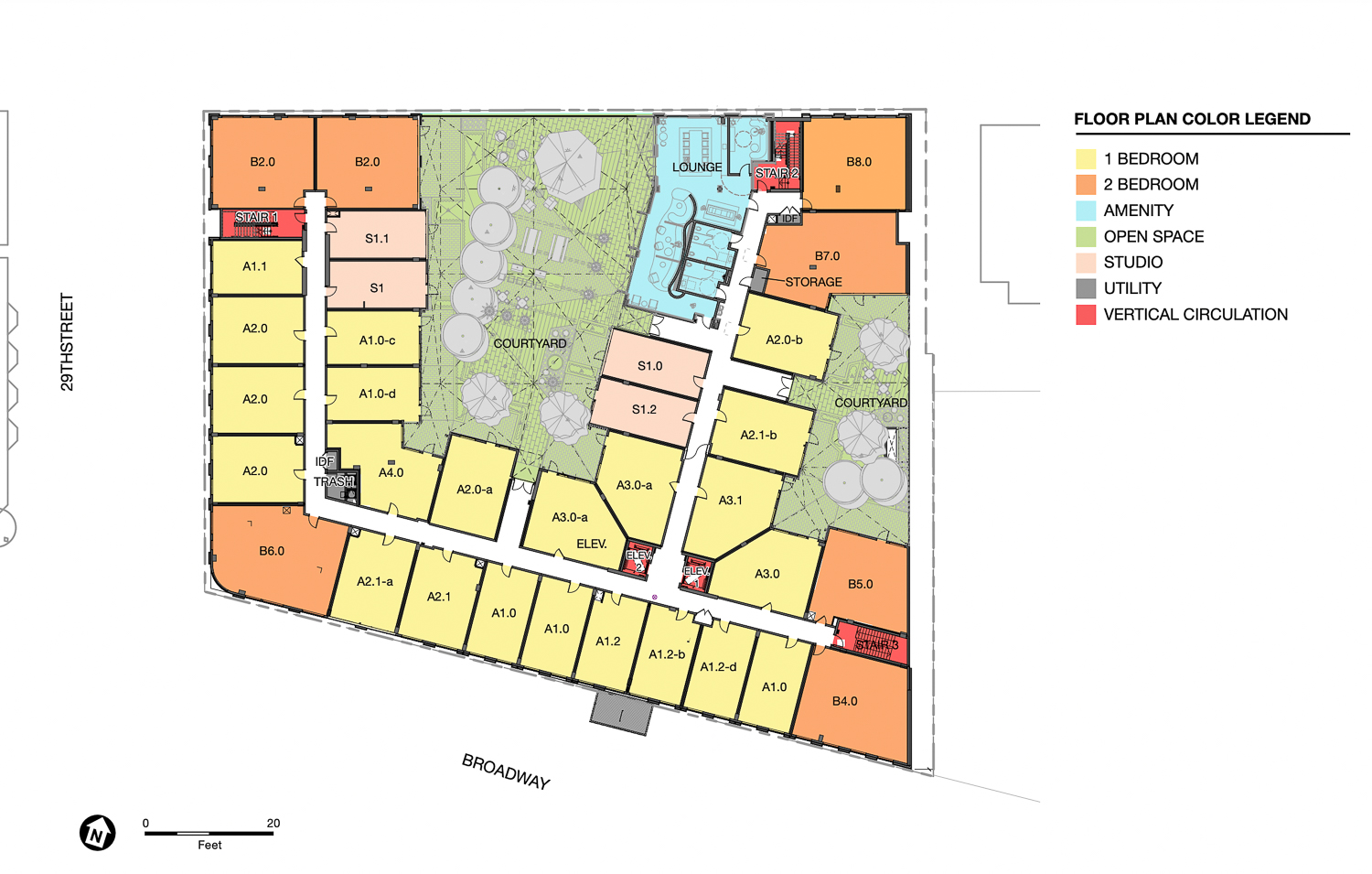 Facade materials will include painted stucco, wood-like metal siding, and a light-grey brick veneer podium. The design shows some contemporary flair but resists the collage-like approach to articulation that has grown common from city design guidelines.

Demolition will be required for the existing buildings, a few single-story commercial structures occupied by the Mercedez Benz of Oakland service center and showroom. The five parcels will be merged to make one 0.93-acre property. 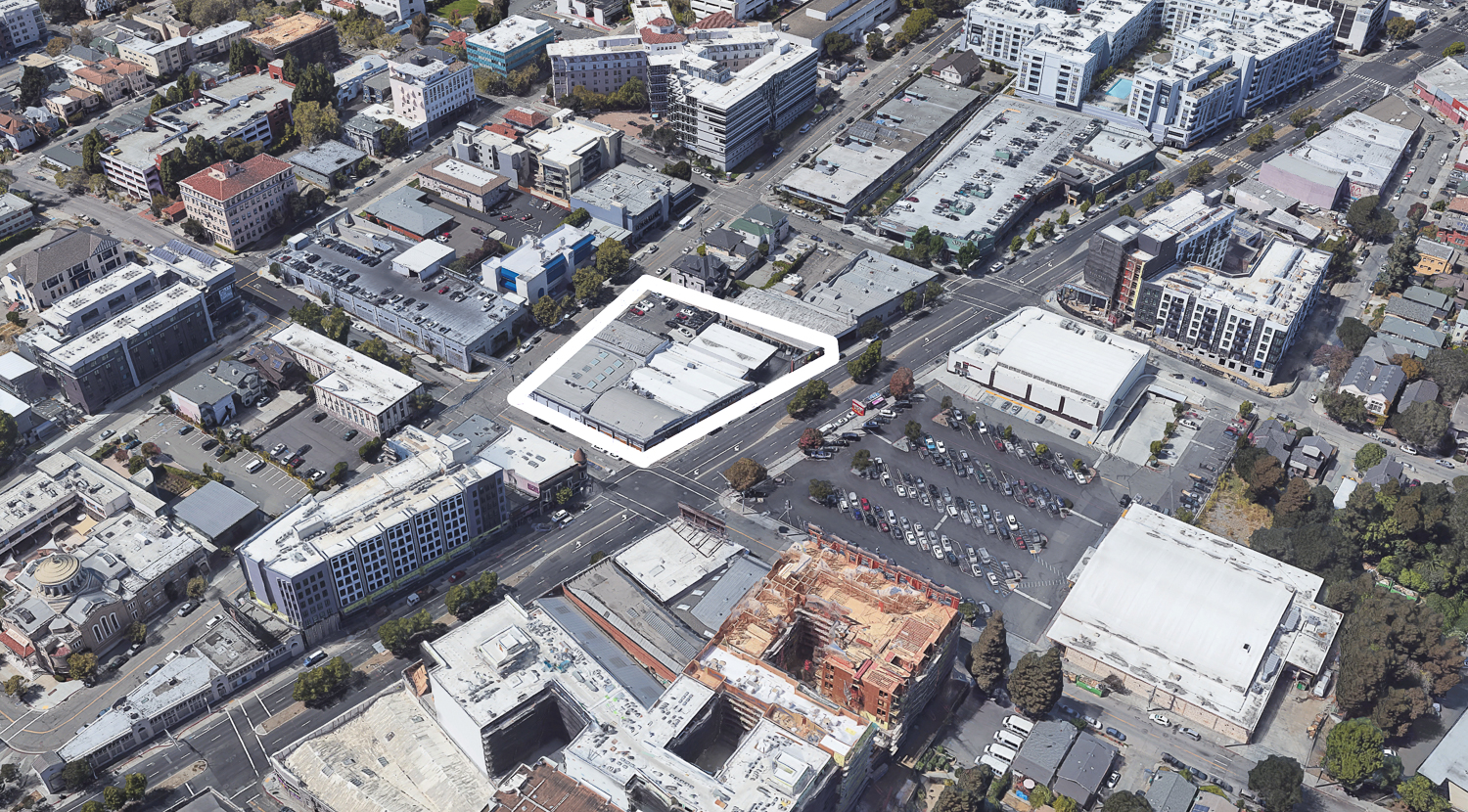 The development permit filed in March of last year and covered by YIMBY is still under review. An estimated groundbreaking date has not been established, though construction is expected to last approximately two years.

2929 Broadway is located within the Broadway Valdez District Specific Plan, certified by the city in 2014. The Specific Plan spans 95.5 acres along the Broadway Corridor between Grand Avenue and I-580, with a vision for nearly 700,000 square feet of offices, over a million square feet for restaurants or retail space, 1,800 new homes, a 180-key hotel, and parking for 6,500 cars.

Residents will be nearby AC Transit, with downtown Oakland BART just 15 minutes away by foot. Both Berkeley and San Francisco can be reached within 30 minutes by public transit.

UPDATE: The project has been approved by the Oakland Planning Department.