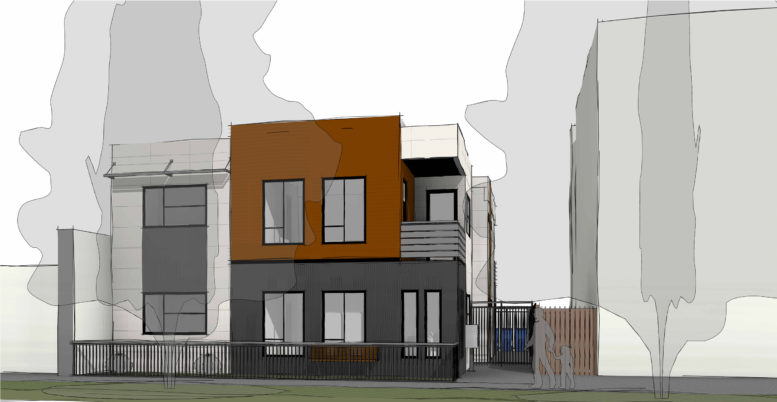 New plans have been revealed for housing at 509 T Street in Southside Park, Sacramento. The proposal will replace a vacant lot with eight new homes by Downtown Sacramento. Arthur and Barbara Sharif are the property owner.

Greyscale Homes Inc is the project architect. The exterior will be articulated with white, grey, and wood-like tones to minimize the structure’s presence visually. Facade materials will include cement plaster, chestnut brown wood-stain siding, and corrugated metal siding. 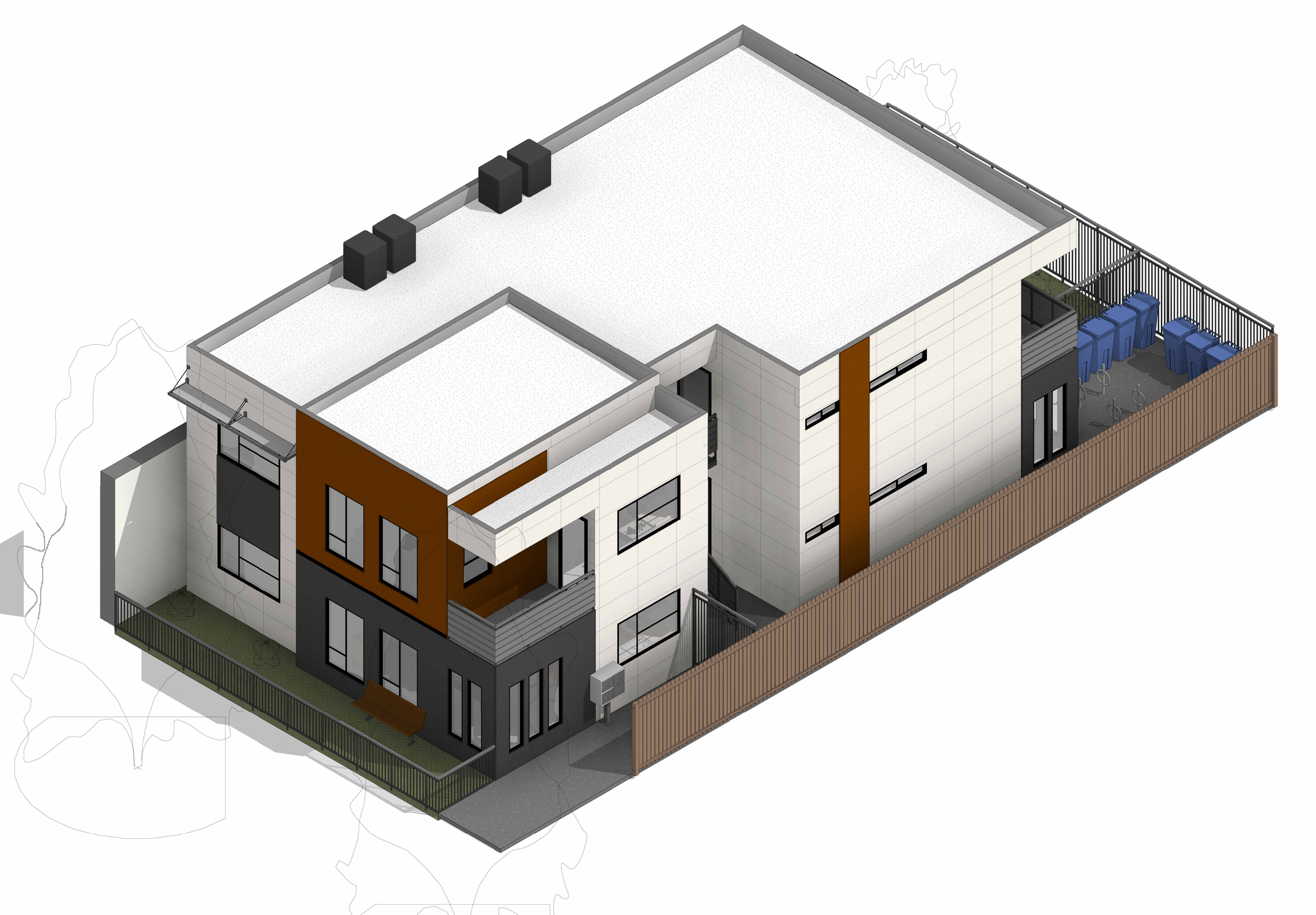 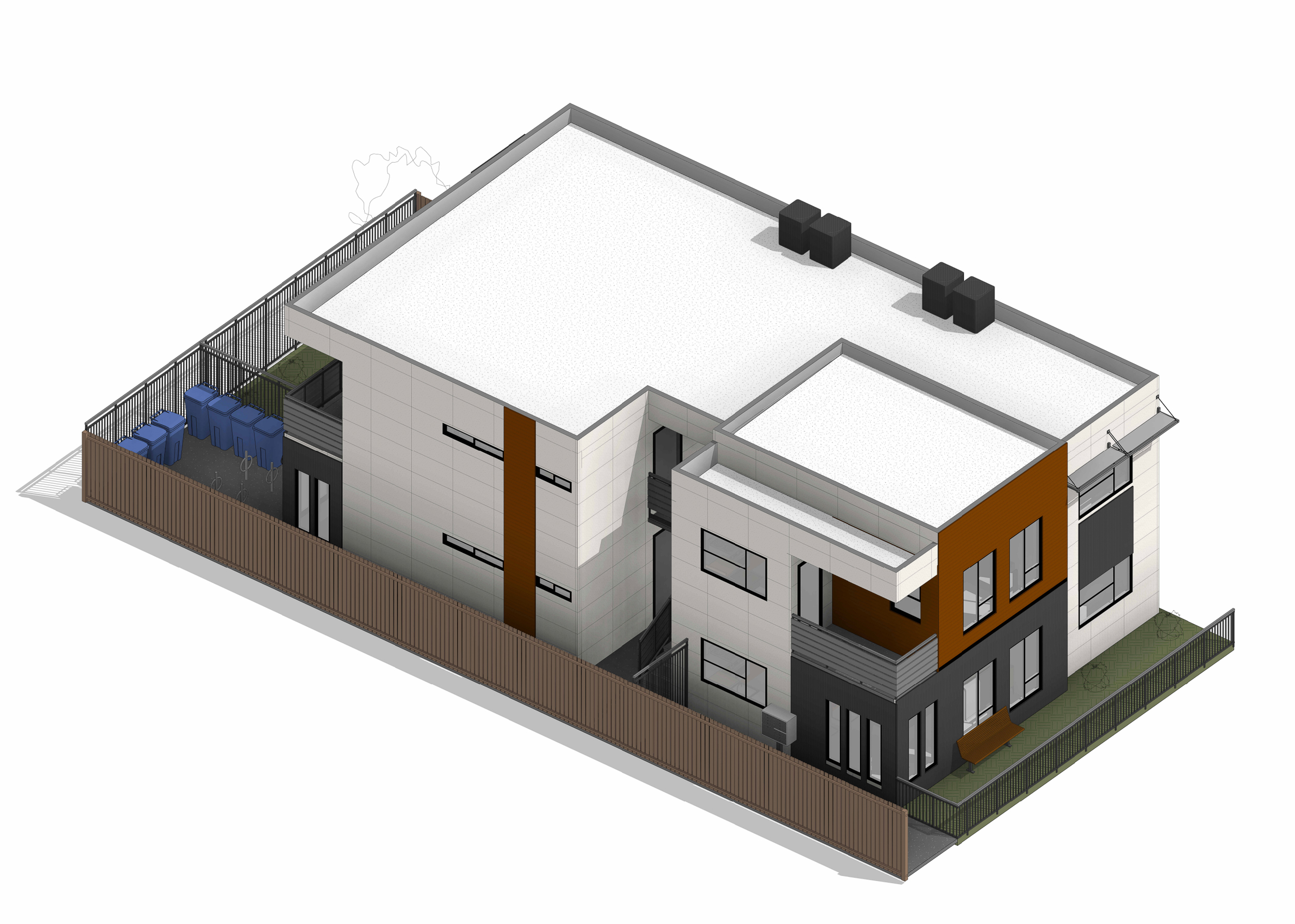 Construction will build two nearly identical buildings, one facing T Street and the other facing Solons Avenue. Each building will include two primary residences, averaging 925 square feet, and two Additional Dwelling Units with an average footprint of 665 square feet.

Parking will be provided for eight bicycles and no cars, as per city code. This will ensure the development enhances the city’s urban fabric, promote public transit, and add less to the neighborhood’s carbon footprint. 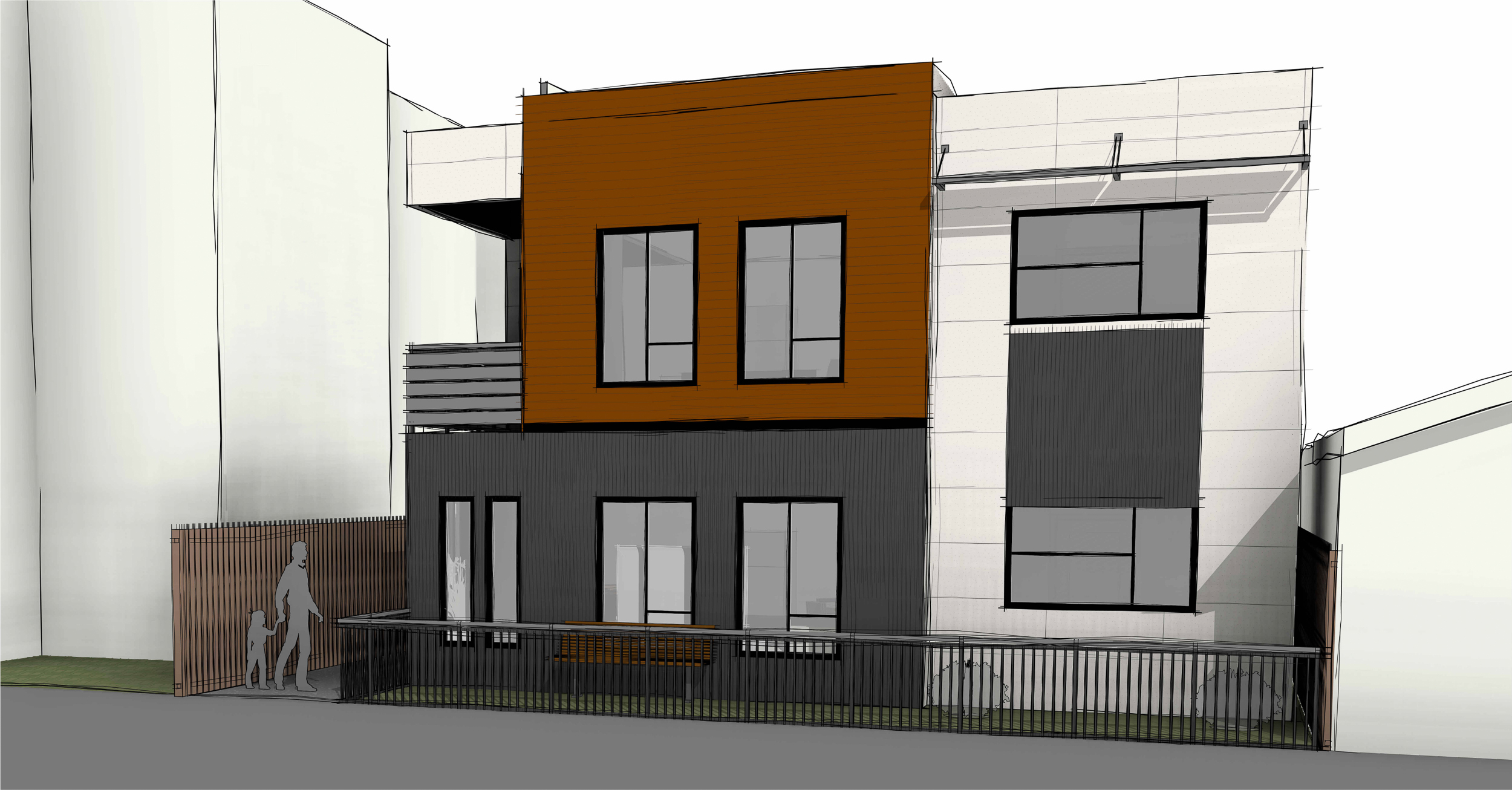 The property is located between Solons Alley, T Street, 5th Street, and 6th Street. Residents will be just one block away from the neighborhood’s namesake, Southside Park. The 20-acre park was finished in 1913 with design by Rudolph Herold, George Randle, and, most famously, John McClaren. The latter designer was also the landscape architect for the Golden Gate Park in San Francisco. Some local bus lines are within walking distance from the property. Still, the coverage is poor and often less convenient than just walking for future residents looking to get to most of Downtown Sacramento within 15 to 20 minutes.

An estimated timeline for construction and completion has not been announced.

Be the first to comment on "Plans Revealed for 509 T Street, Southside Park, Sacramento"