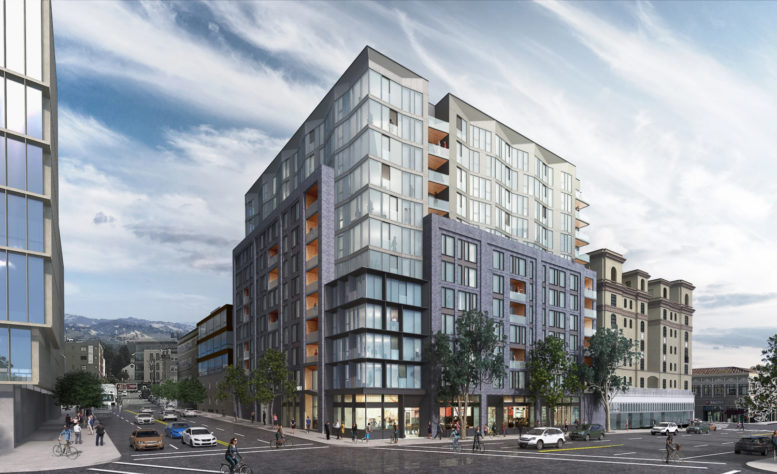 Grosvenor has announced that the official groundbreaking has occurred for 1951 Shattuck Avenue, a new 12-story mixed-use project in Downtown Berkeley. The 163-unit development has received a $90 million construction loan from J.P. Morgan and aims to finish by the second quarter of 2024. Solomon Cordwell Buenz is the project architect.

“As we deliver much-needed homes to an undersupplied market, we are also bringing an exterior design that will be a stunning addition to the downtown neighborhood — a vibrant retail and dining location – that offers sweeping views and seamless access to multiple transportation nodes,” said Steve Buster, Grosvenor Senior Vice President of Development in San Francisco. 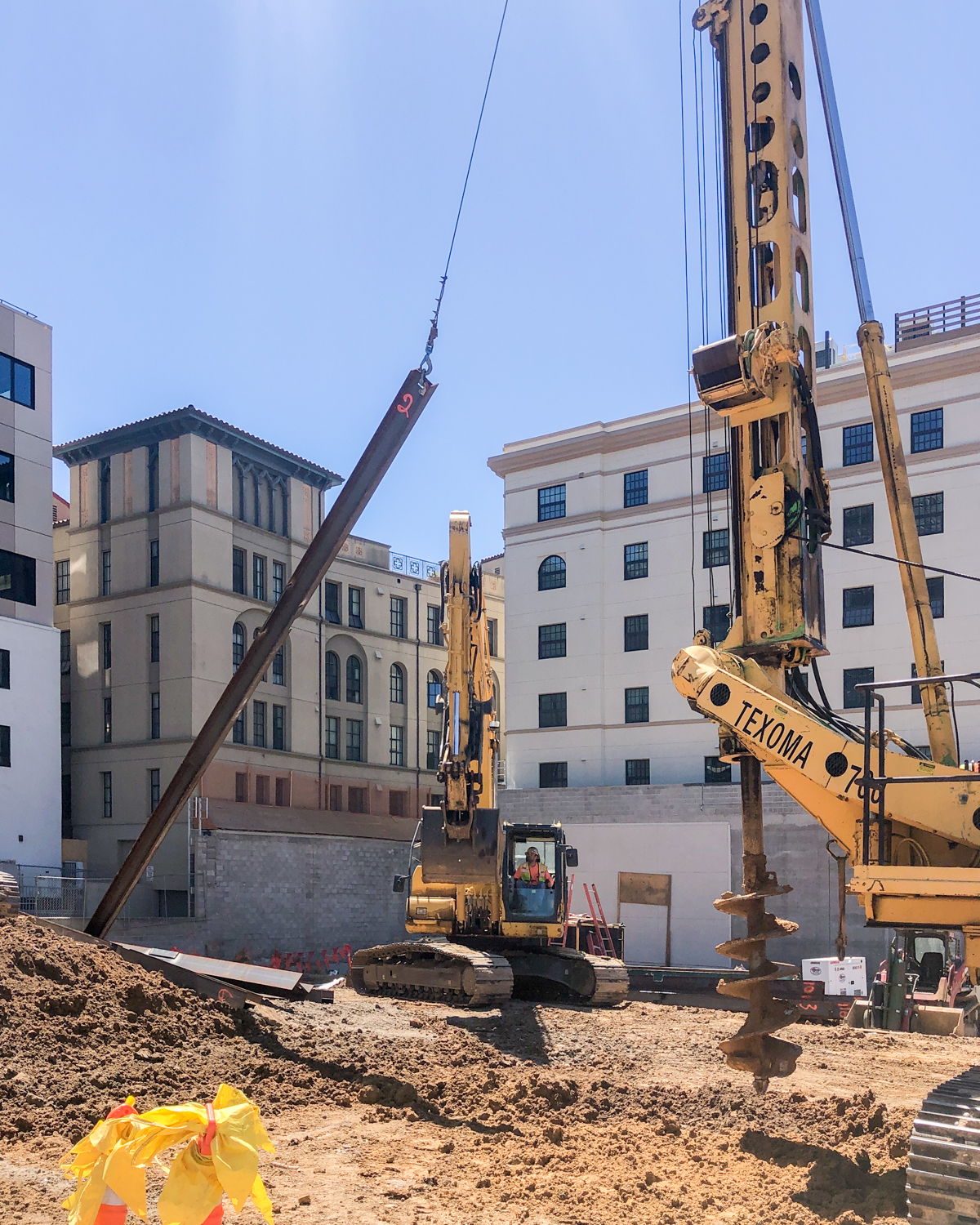 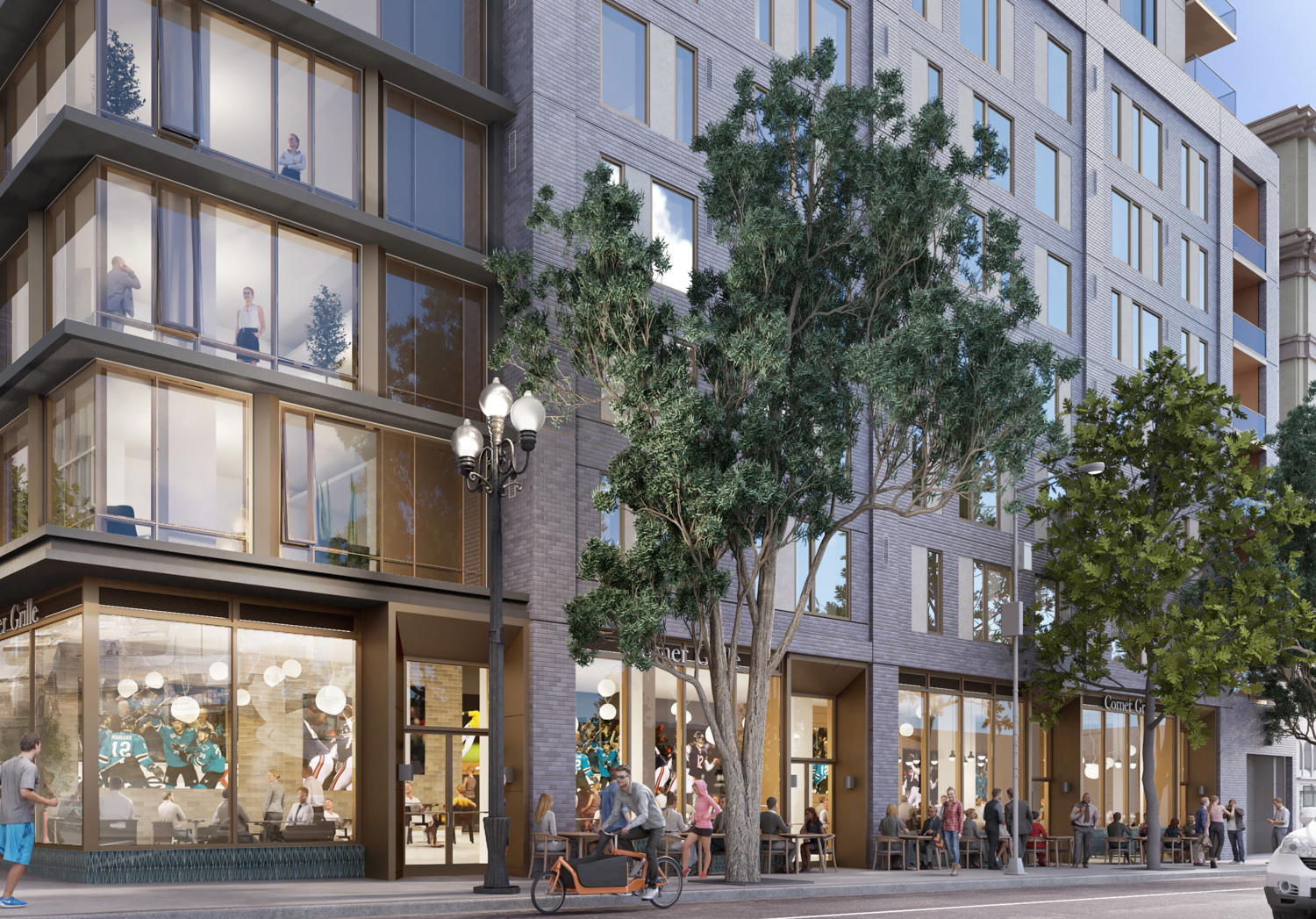 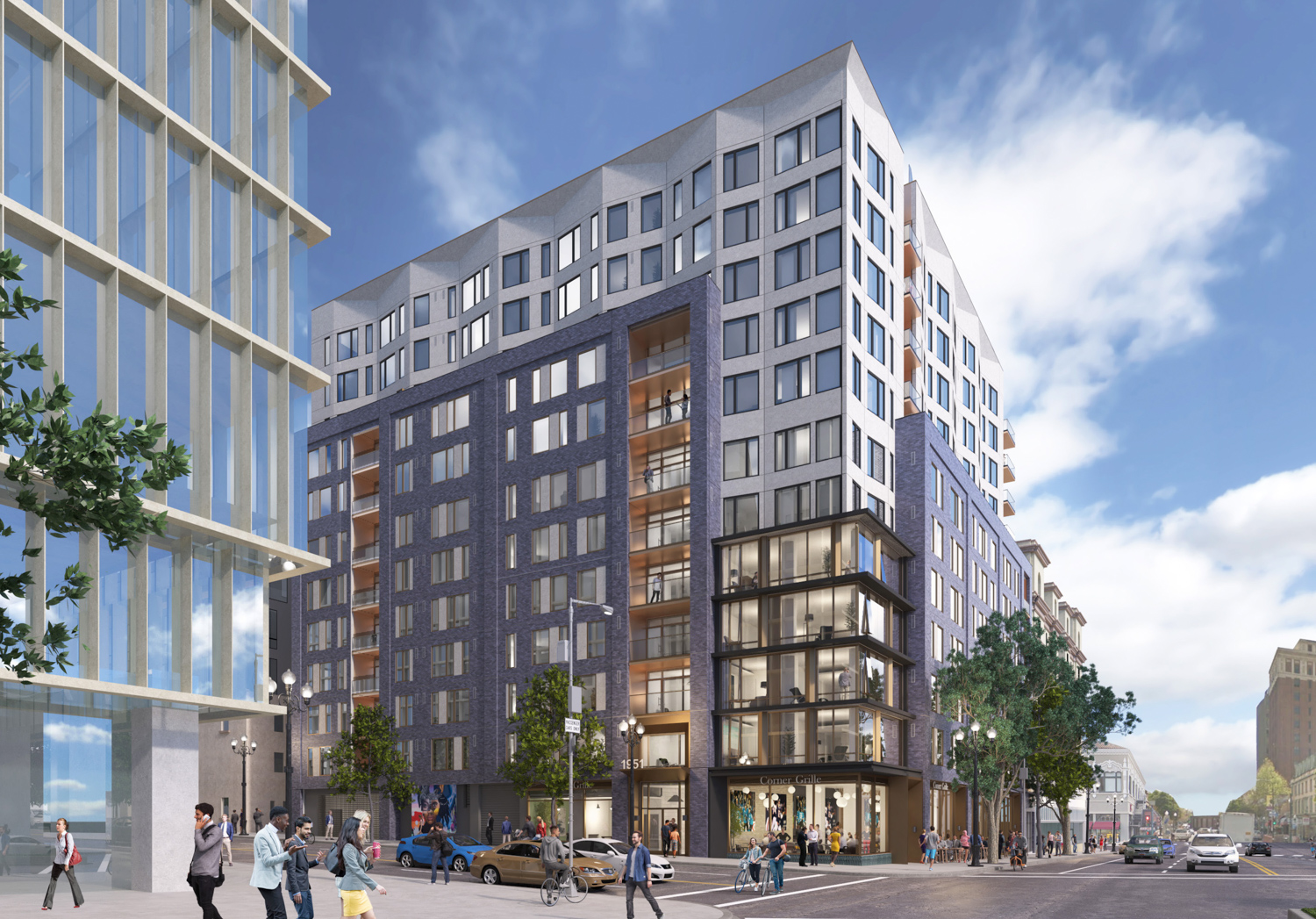 The 120-foot tall structure will yield roughly 180,000 square feet above the 17,420 square foot parcel, with 5,180 square feet of ground-floor retail. 12,480 square feet of usable open space will be provided to residents across the second floor and rooftop. Parking will be included on-site for 100 vehicles in an underground garage and 120 bicycles in an indoor storage space.

Solomon Cordwell Buenz is the project architect. The design is decisively modern, contrasting the brick base with precast concrete. Decorative tiling will be featured on the street level, adding character and enhancing the architectural flourishes for the pedestrian to experience.

The development aims to achieve GreenPoint Rated Gold Certification. The rating is achieved by incorporating electric power, removing natural gas systems from the interiors, and implementing energy-efficient technologies across the building. 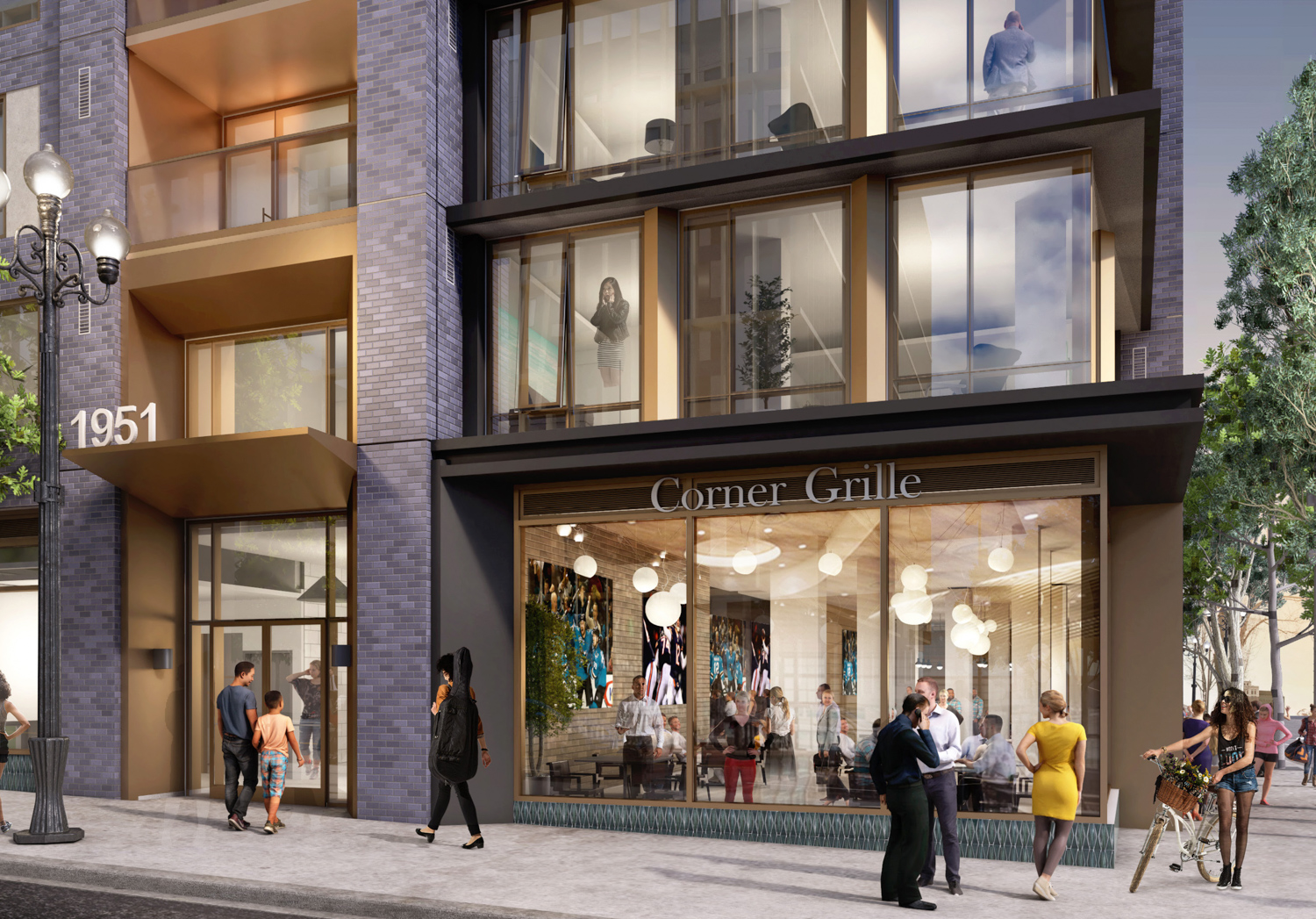 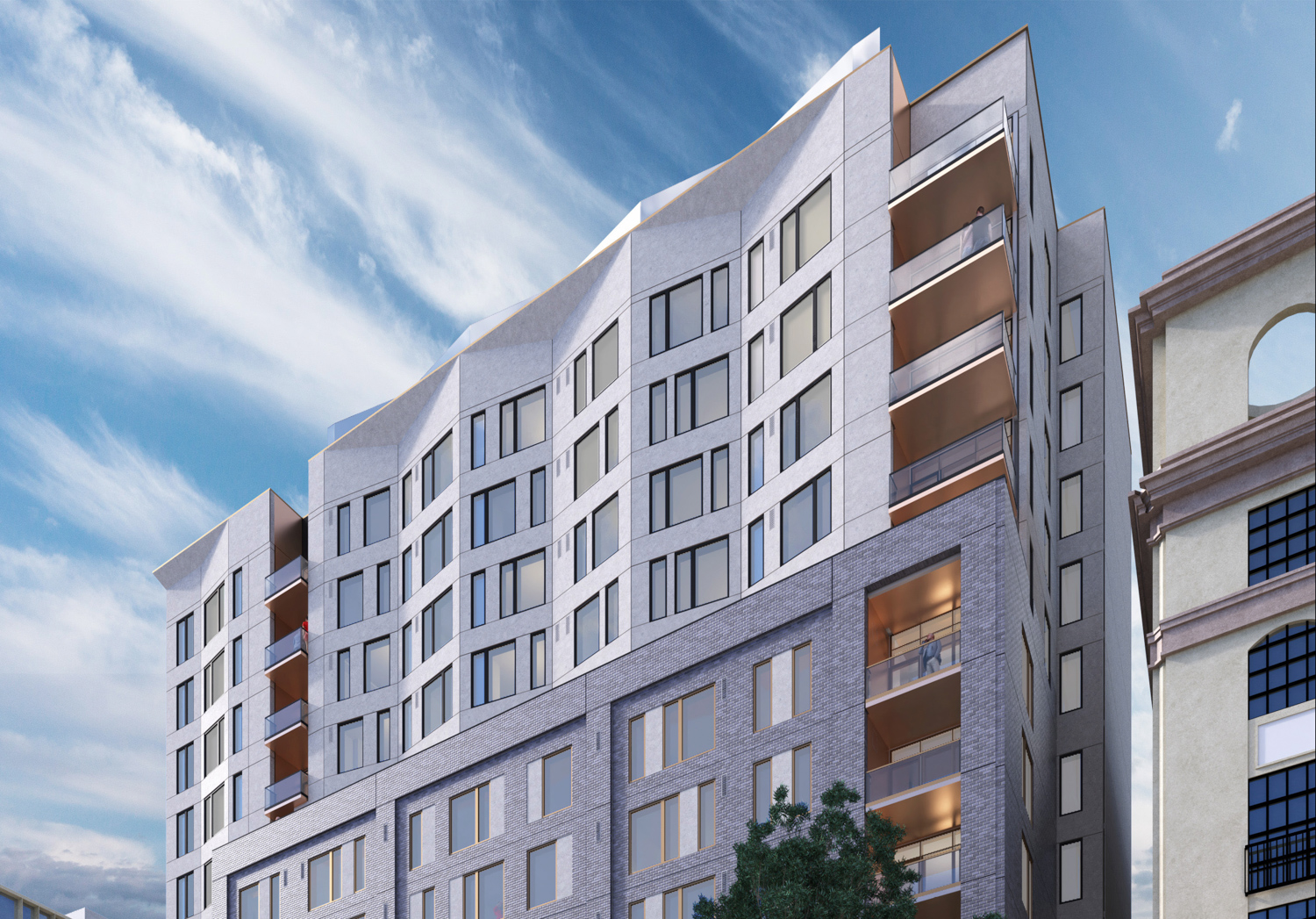 The proposal was approved in 2019, with agreements to use local union workers, relocate the Berkeley Vacuum & Sewing Center that formerly existed on the property, and contribute $6 million for local affordable housing projects. Grosvenor partnered with Berkeley Food & Housing’s HOPE Project at 2012 Berkeley Way. Recent coverage by YIMBY documented that 2012 Berkeley Way has been topped out and is nearly ready for move-ins to start.

1951 Shattuck Avenue in fact, is not far from the HOPE Project site. The new housing project is on the same block as Modera Berkeley, a 205-unit residential development led by Mill Creek. Across from 1951 Shattuck and Modera is the McDonalds store where NX Ventures has proposed to build ​​the 26-story residential tower at 1974 Shattuck Avenue. 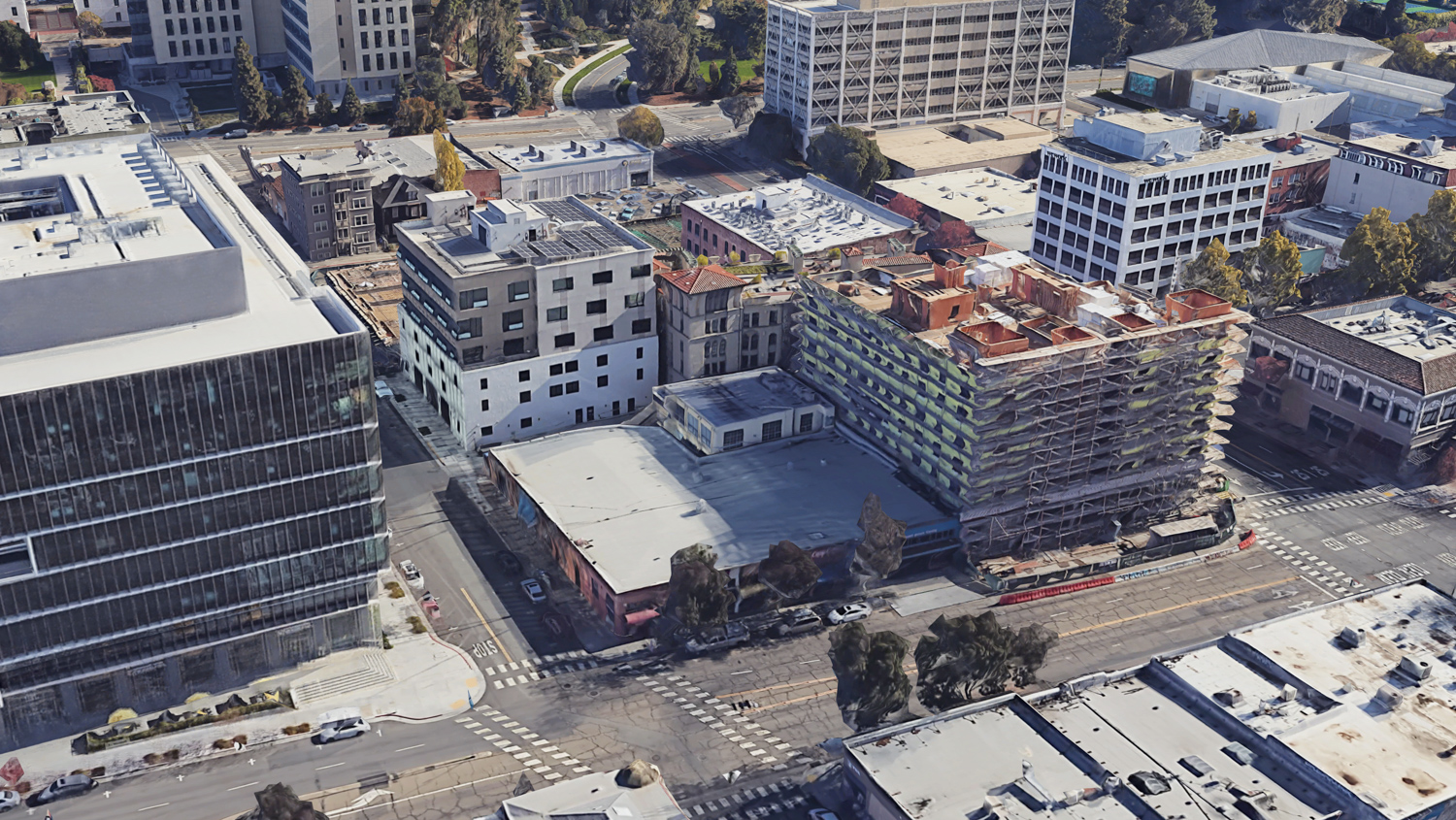 Alex Mast, Northwest Market Manager of Real Estate Banking for J.P. Morgan, shared the Banking Institution’s enthusiasm for the development, stating that “this mixed-use project will help meet the city’s needs and provide valuable amenities to the residents in this important community that we serve.”

Grosvenor Group is an international real estate property group founded in 1677 with the Grosvenor Estate. The London-based company is owned by Hugh Richard Louis Grosvenor, the 31-year-old Duke of Westminster. It operates worldwide, with a significant presence in San Francisco, including 288 Pacific in Jackson Square, Crescent in Nob Hill, and 1645 Pacific Avenue.

UPDATE: Story updated to include construction update photograph from Grosvenor