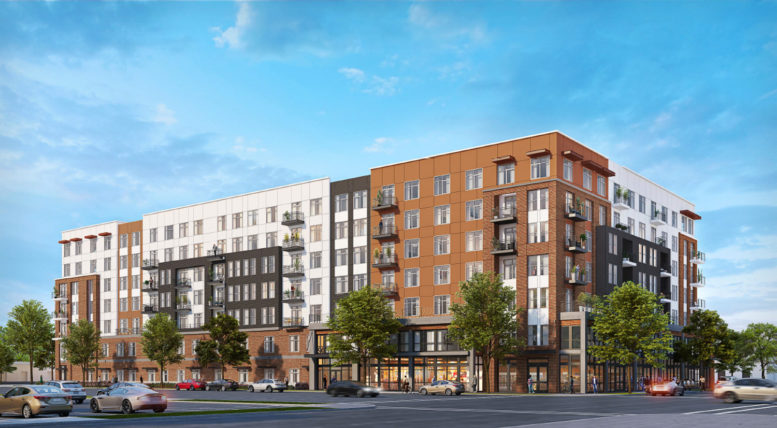 New building permits have been filed for a seven-story rental project at 915 S Street in Southside Park, Sacramento. The proposal will reshape the low-slung block with 225 new apartments above ground-level retail homes. Anthem Properties is responsible for submitting the entitlement package.

The podium-style building will feature a two-floor concrete podium and five floors of wooden construction above. Of the 225 units, plans currently include 44 studios, 90 one-bedrooms, 50 one-bedrooms with dens, and 41 two-bedrooms. There will be 6,500 square feet of ground-level retail at the corner of 10th and S Street. Residents will have access to two elevated courtyards on top of the concrete podium. 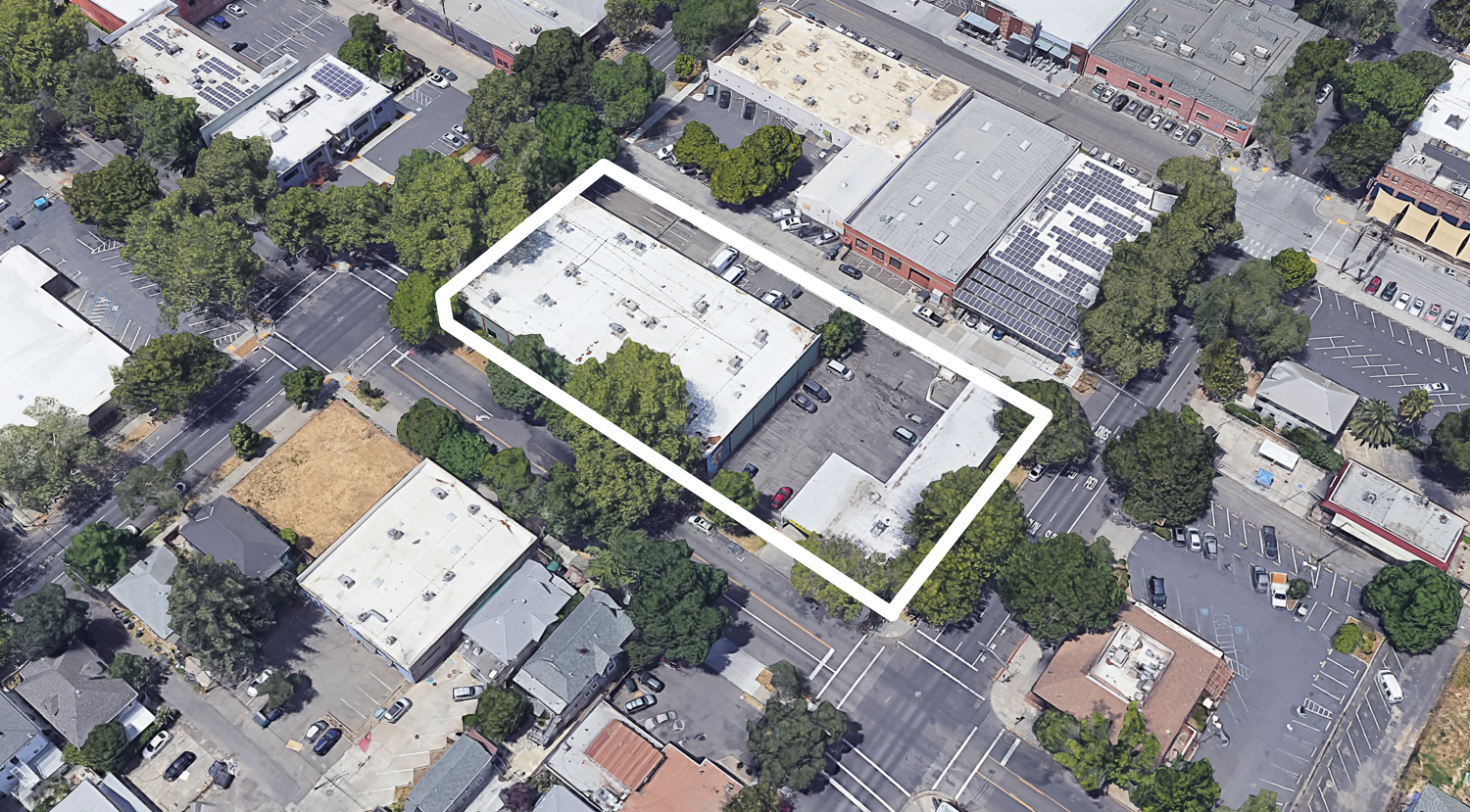 Sacramento-based HRGA is responsible for the design. The exterior will be clad with a brick facade inspired by R Street’s industrial heritage.

The property spans 0.73 acres on a block bound by 10th and 9th Street east-west, R and S Street north-south, respectively. Residents will be a few blocks from the neighborhood’s namesake park, Southside Park. The park includes a pool, tennis courts, stage, and turf-grass lawns. The centerpiece is the natural marshy pond.

Demolition will be required for the existing lot, which features two single-story commercial structures and surface parking. The larger structure is currently occupied by Beers Books, a popular book store. Speaking with Ben van der Meer for the Sacramento Business Journal this February, Carlin Naify, part of the ownership group, shared that “we plan to move to another location, yet to be determined.” 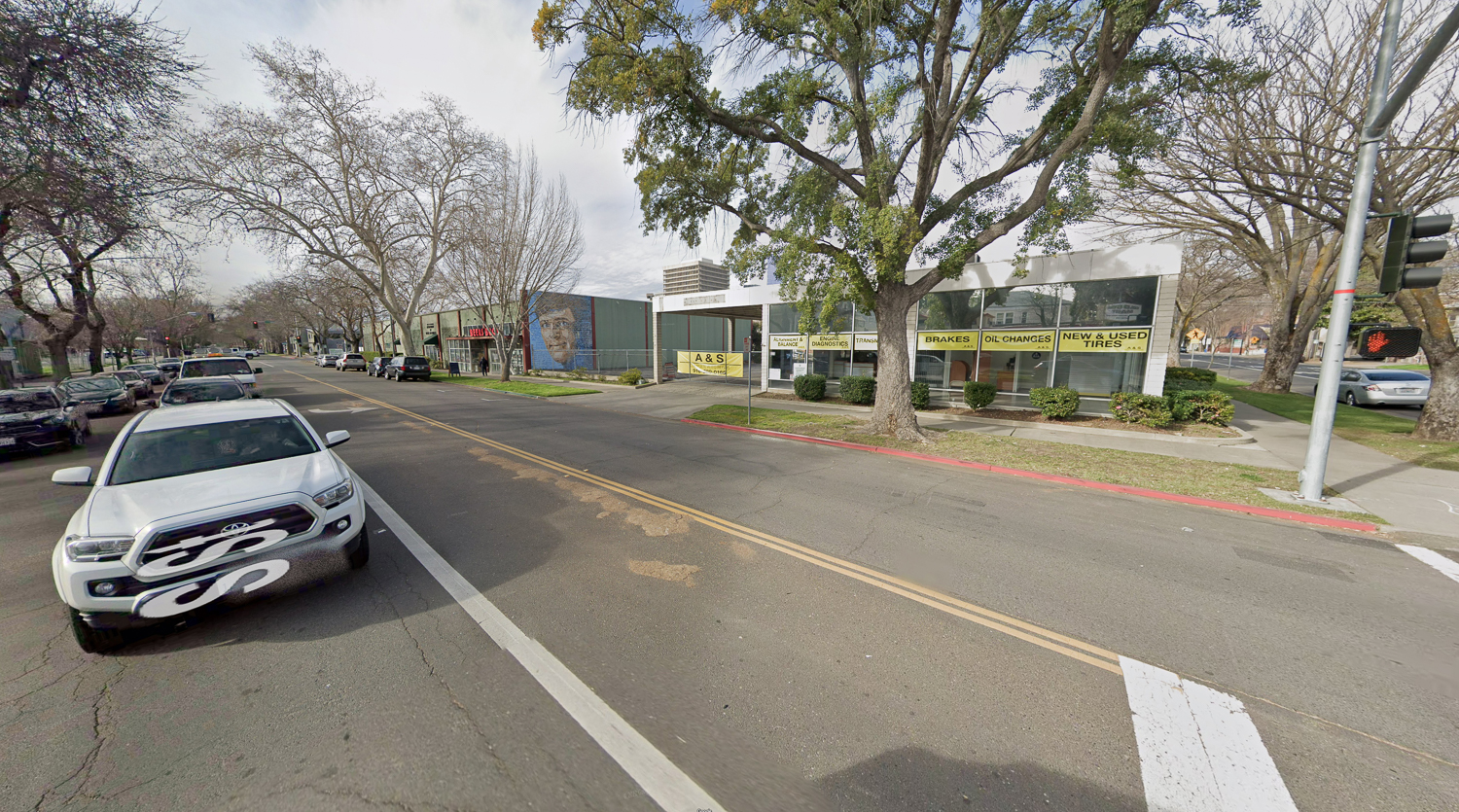 Anthem is currently working on two other projects in the State Capitol. Speaking with YIMBY, the developer provided the following outlook on their work in the state capitol, writing, “This will be Anthem Properties’ third purpose built rental development in Downtown Sacramento. The company’s other two projects, Envoy, a 153-unit rental project located at 1030 J St is on track to open in spring 2023, while their 137-unit rental building at 15th and S Streets, called Maker, is scheduled to complete in spring 2024.” 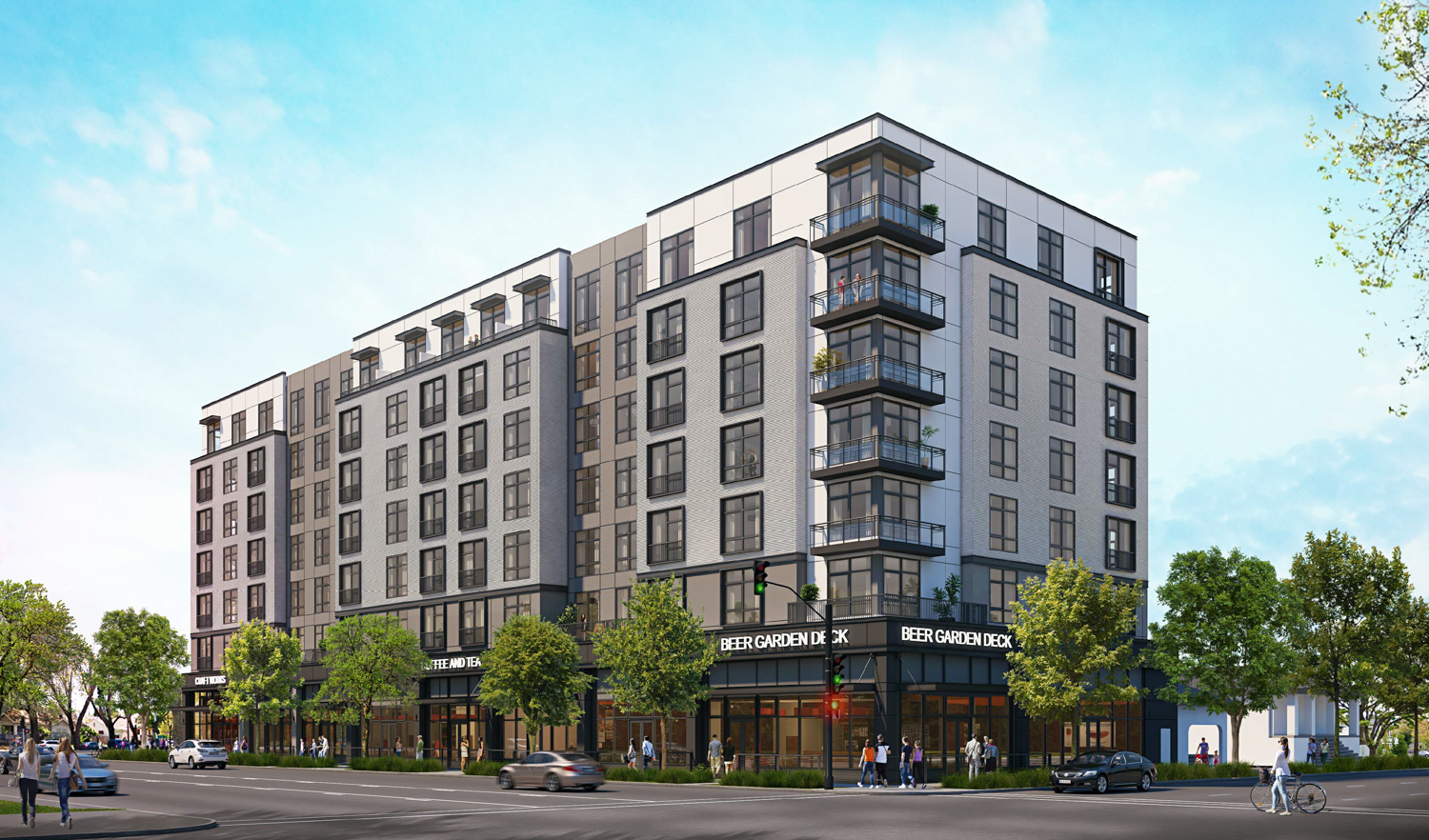 The building permits estimate construction will be around $55 million, a figure not inclusive of all development costs. Construction is expected to start next year.

Be the first to comment on "Planning Permits Filed for 915 S Street in Southside Park, Sacramento"