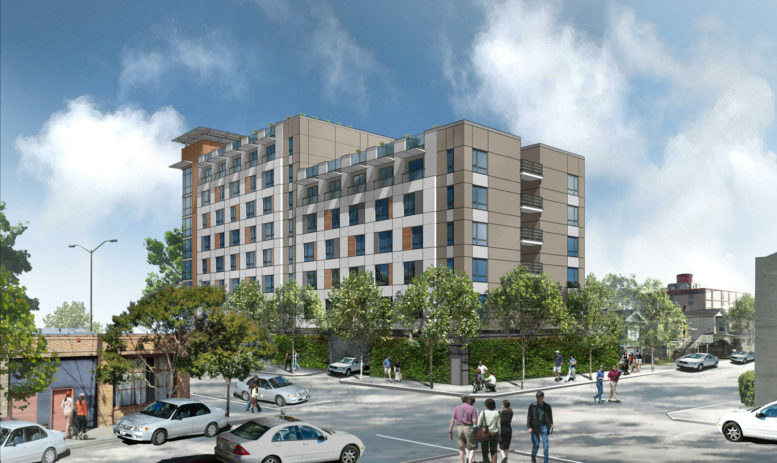 New plans have been published for affordable senior housing and a new church space at 793 West Grand Avenue in West Oakland. The proposal would demolish several structures, including the existing church building owned by the project sponsor, Joshua Christian Church. Construction will span two phases, building 101 homes and community space. 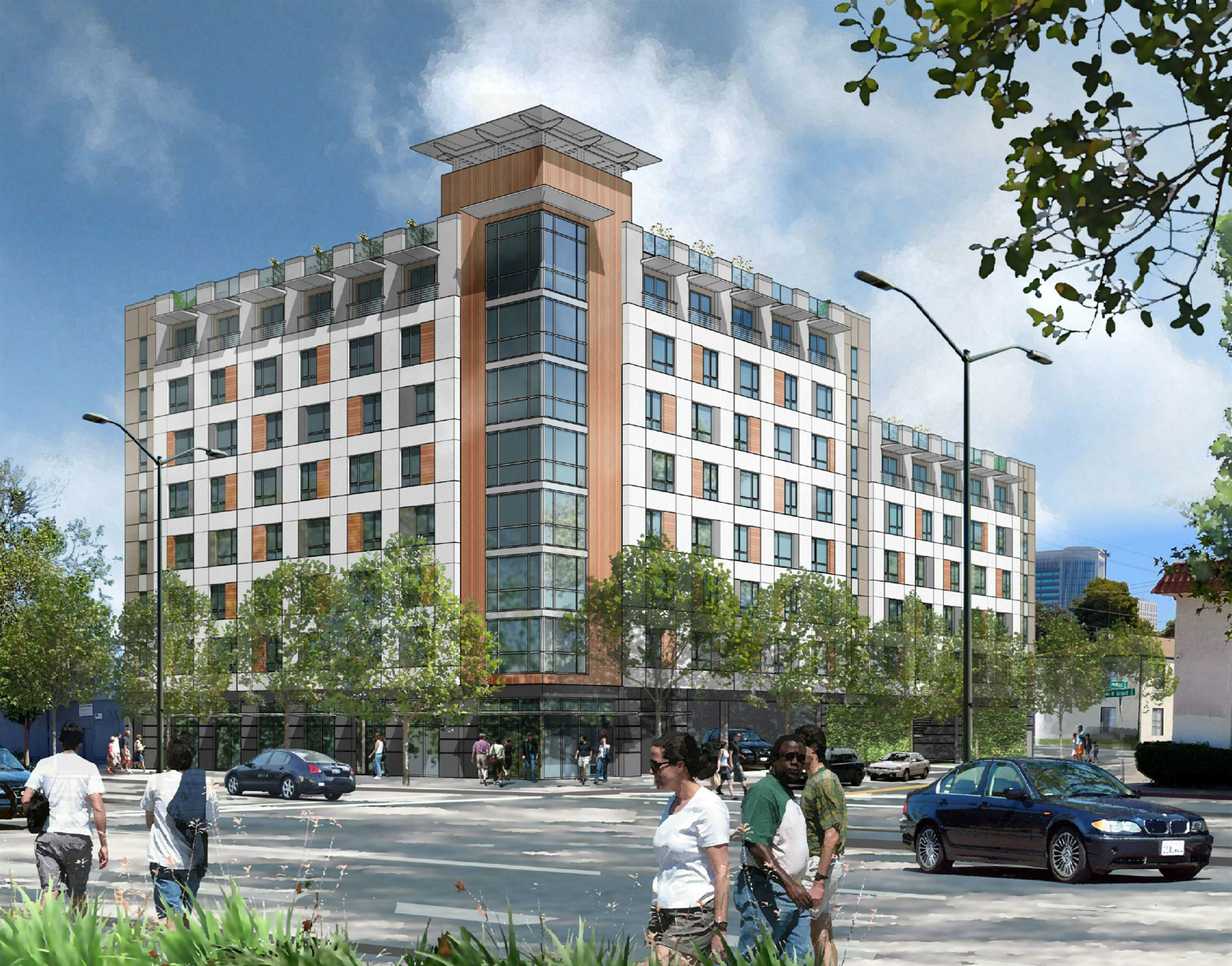 Community Housing Development Corporation of North Richmond, ie, CHDC, is the developer. Construction will start first one Phase One, demolishing the existing church structure and two vacant homes to build an eight-story building with 68 one-bedroom units and a two-bedroom manager unit. The building includes roughly 60,000 square feet of housing and 4,000 square feet for the church space for JCC and a new sanctuary.

Phase two of construction will demolish a fourplex at 2204 West Street and surface parking. According to the project application, existing residents “will be provided with permanent relocation benefits per Federal and CA State guidelines.” The new six-story building will feature 32 homes and parking. 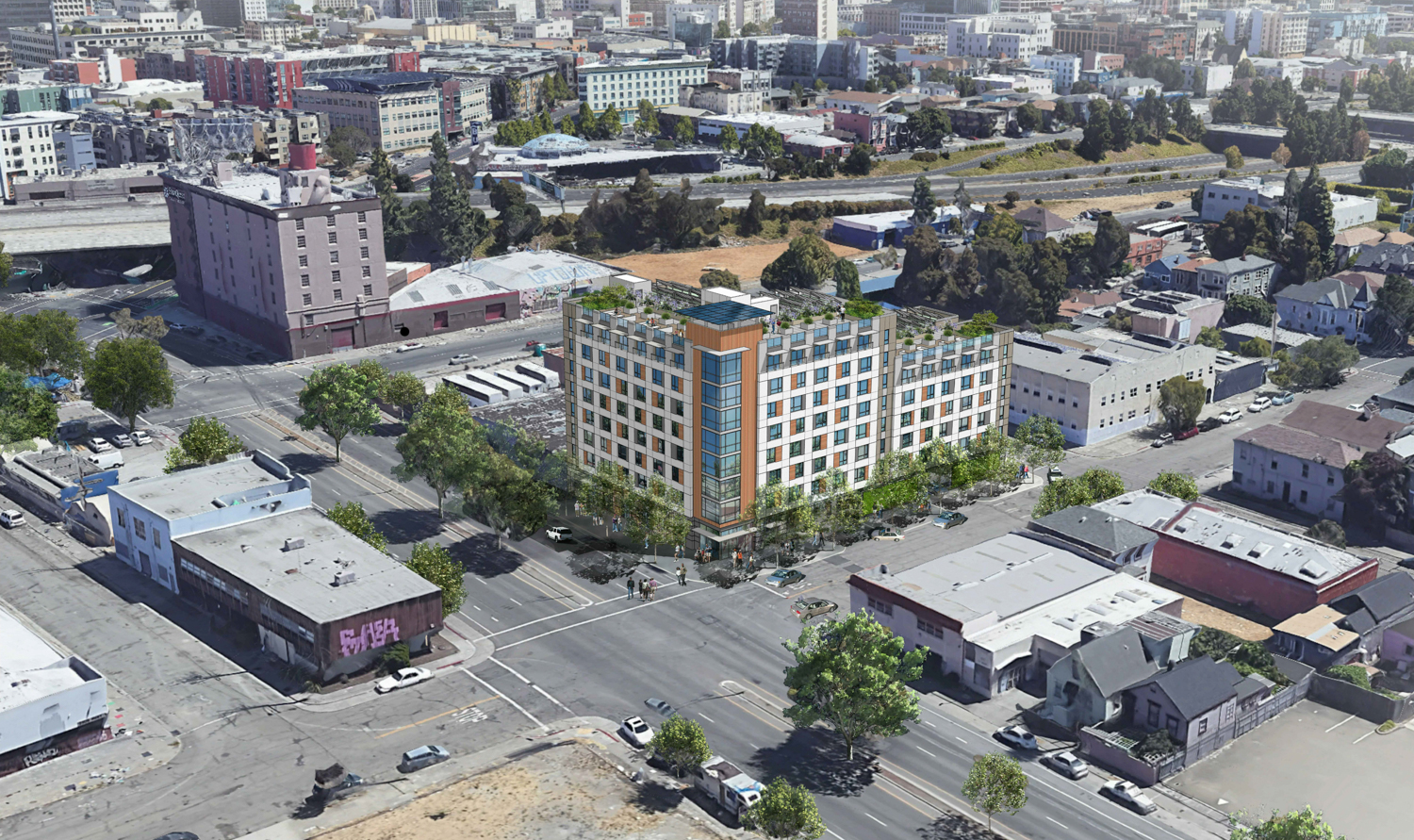 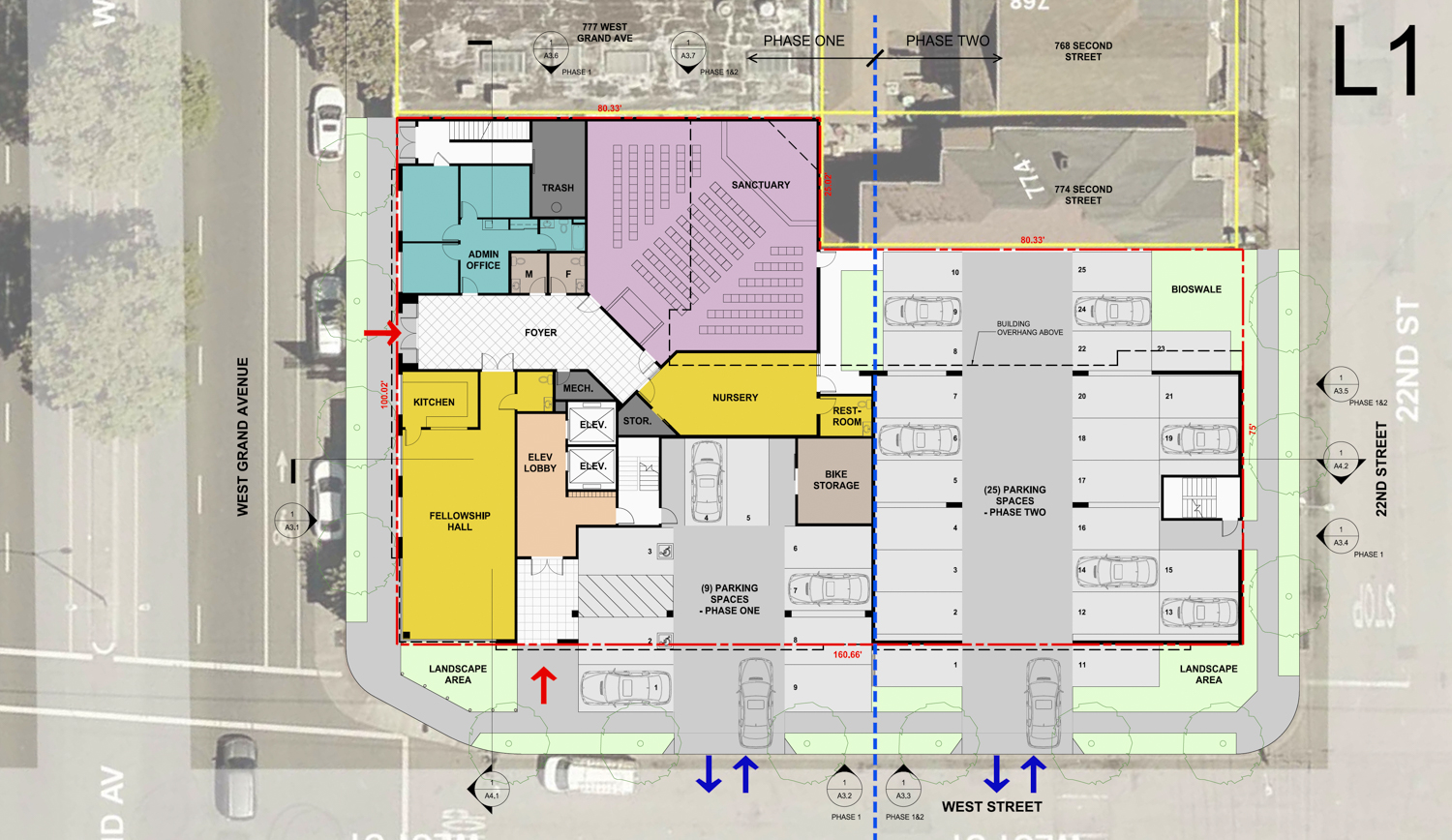 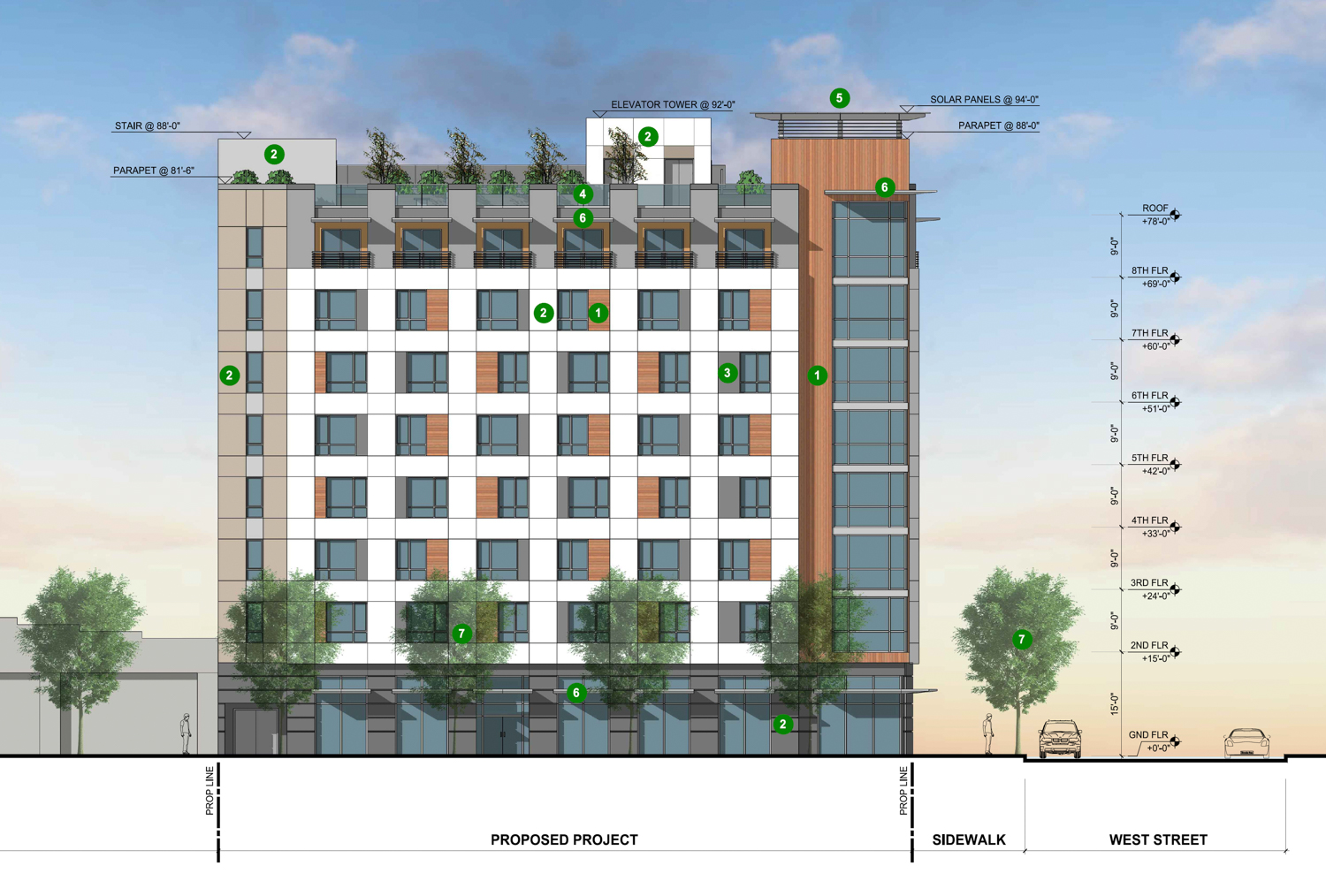 The project will make use of Senate Bill 35, the Streamlined Affordable Housing bill, to hasten approval. Units will aim to be affordable for households earning between 20% to 50% of the Area Median Income. Four units will be designated for persons with mental illness experiencing homelessness or are at risk of being unhoused.

Kodama Diseno Associates is responsible for the design. Facade materials include stucco, cement board siding, and wood panels. The community area will feature a community room, common area, a kitchen, and a lounge. There will be parking for 15 bicycles and 34 cars. 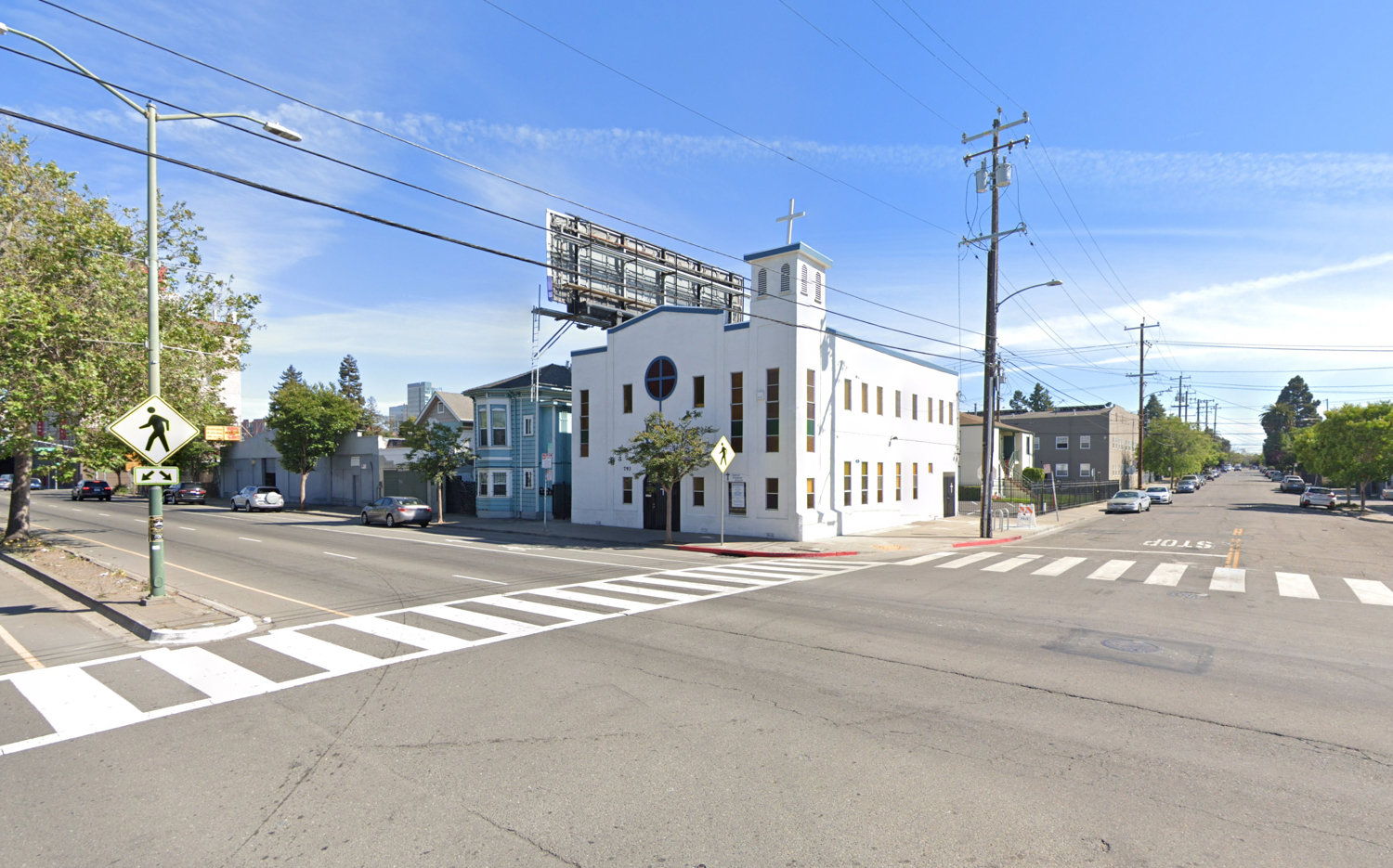 The property is located on the corner of West Street and W Grand Avenue on a block bound by 22nd Street and Brush Street. Future residents will be less than 15 minutes away from the 19th Street BART Station for regional transit, with AC Transit buses and rapid transit along San Pablo Avenue for commuting across Oakland and to Berkeley.