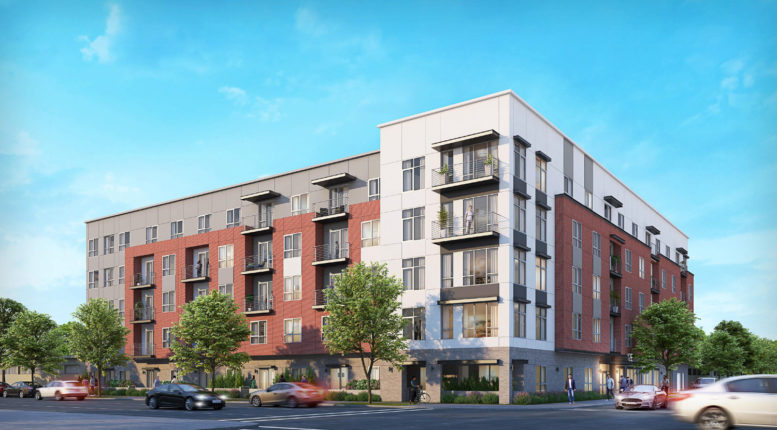 424 12th Street exterior from the corner of E and 12th Street, rendering by HRGA

Design review permits have been filed for a five-story residential infill at 424 12th Street in Sacramento’s Alkali Flats neighborhood. The project would create 94 new homes on a nearly 0.6-acre lot directly across from a light rail station. HRGA is responsible for the design.

The 57-foot tall structure will yield approximately 81,140 square feet, of which 64,000 square feet will be rentable area. Unit sizes will vary with 38 studios, 48 one-bedrooms, and eight two-bedrooms. Permits indicate all units will be market-rate housing. Long-term parking will be built for 15 cars and 47 bicycles. 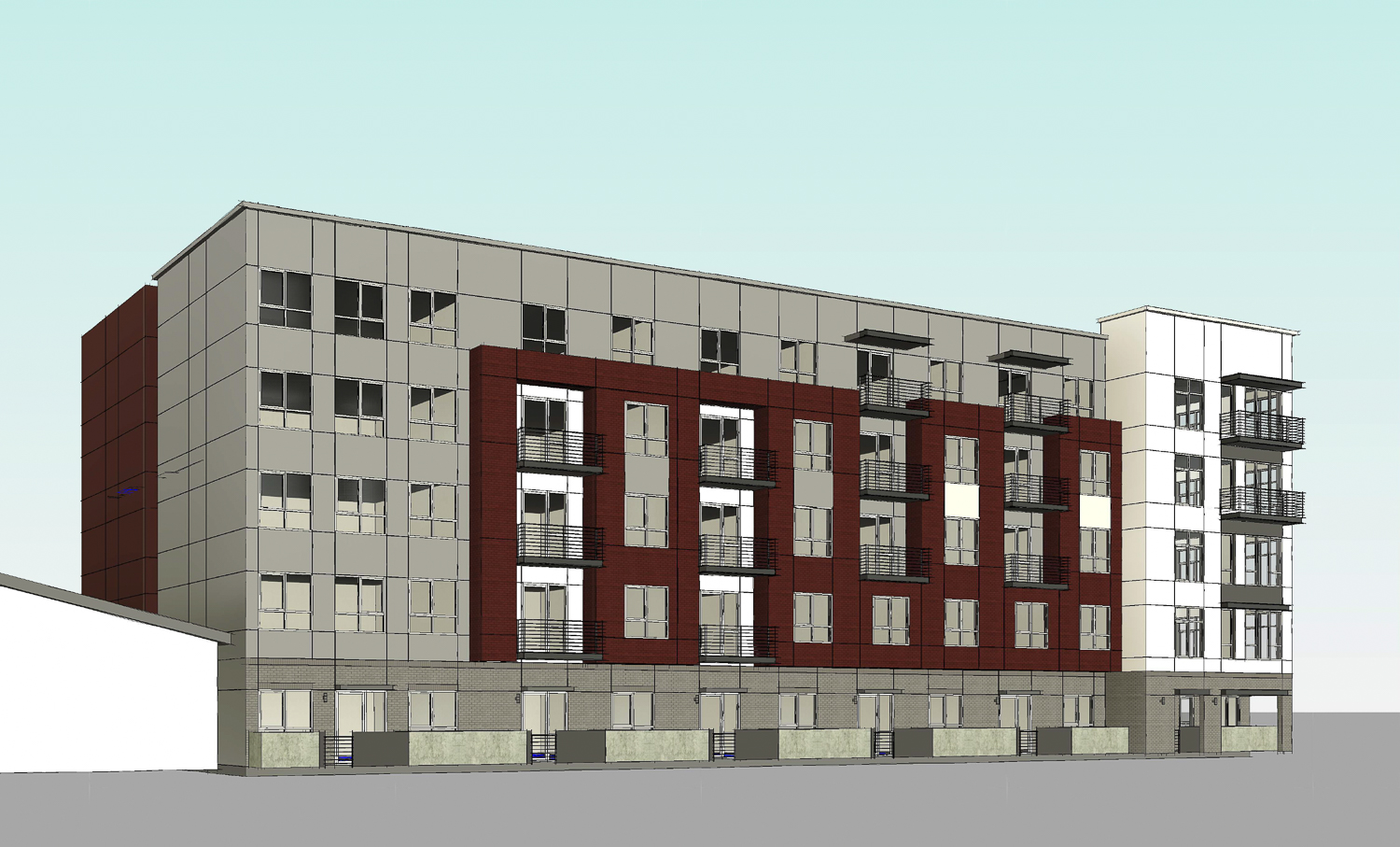 The proposal by HRGA features an articulated facade, with a thin tan-grey brick podium capped by the red brick protruding from the white cement plaster panel background. Terraces with metal railing will create further variety to the podium-style building. An L-shaped floor plan will hug the surface parking lot along Democracy Alley.

Gateway Development is responsible for the project as the property owner. The project is the second proposal by the Davis-based firm. The firm has worked with HRGA to propose a 246-unit infill at 2123 Q Street in Sacramento’s Midtown neighborhood. 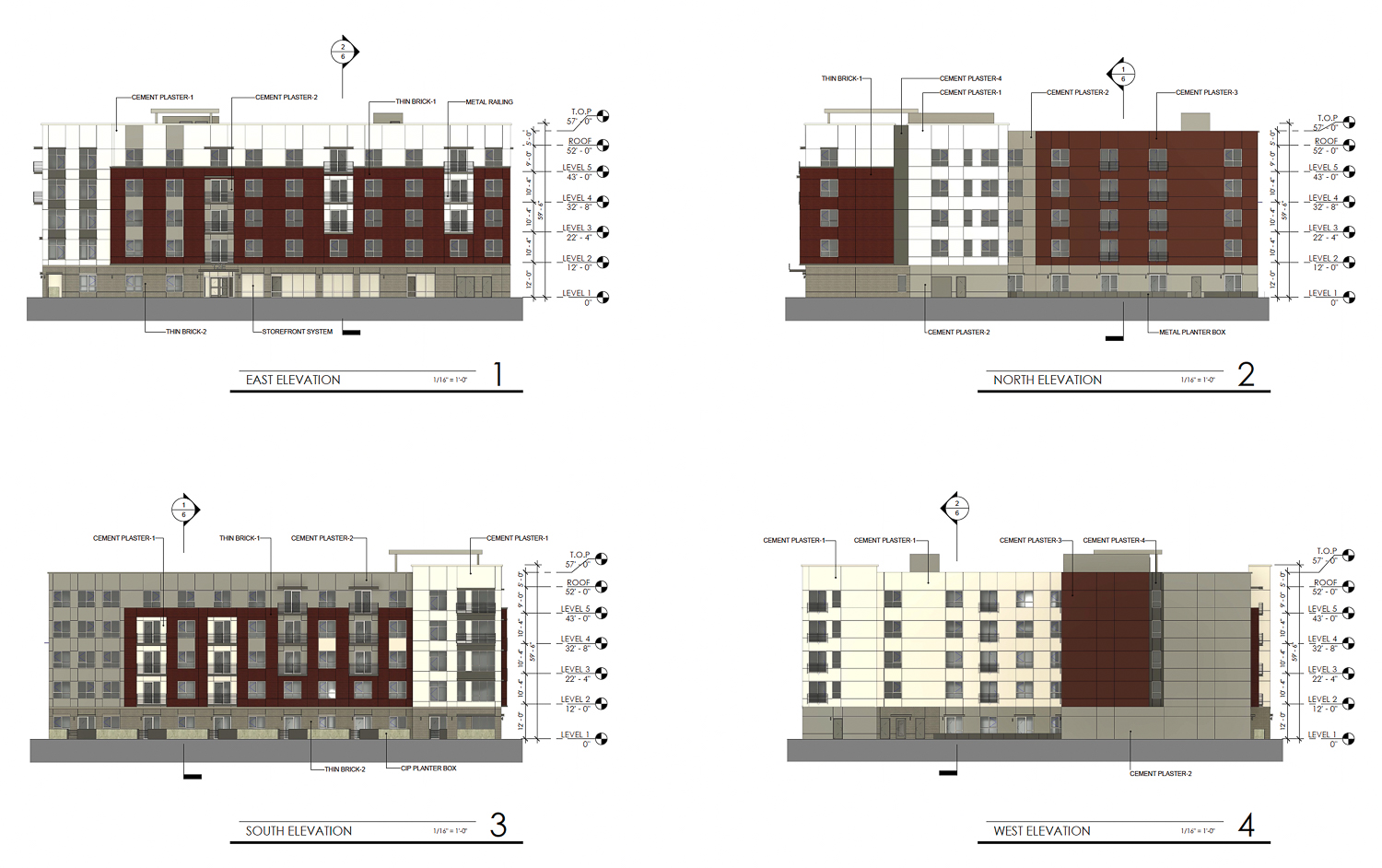 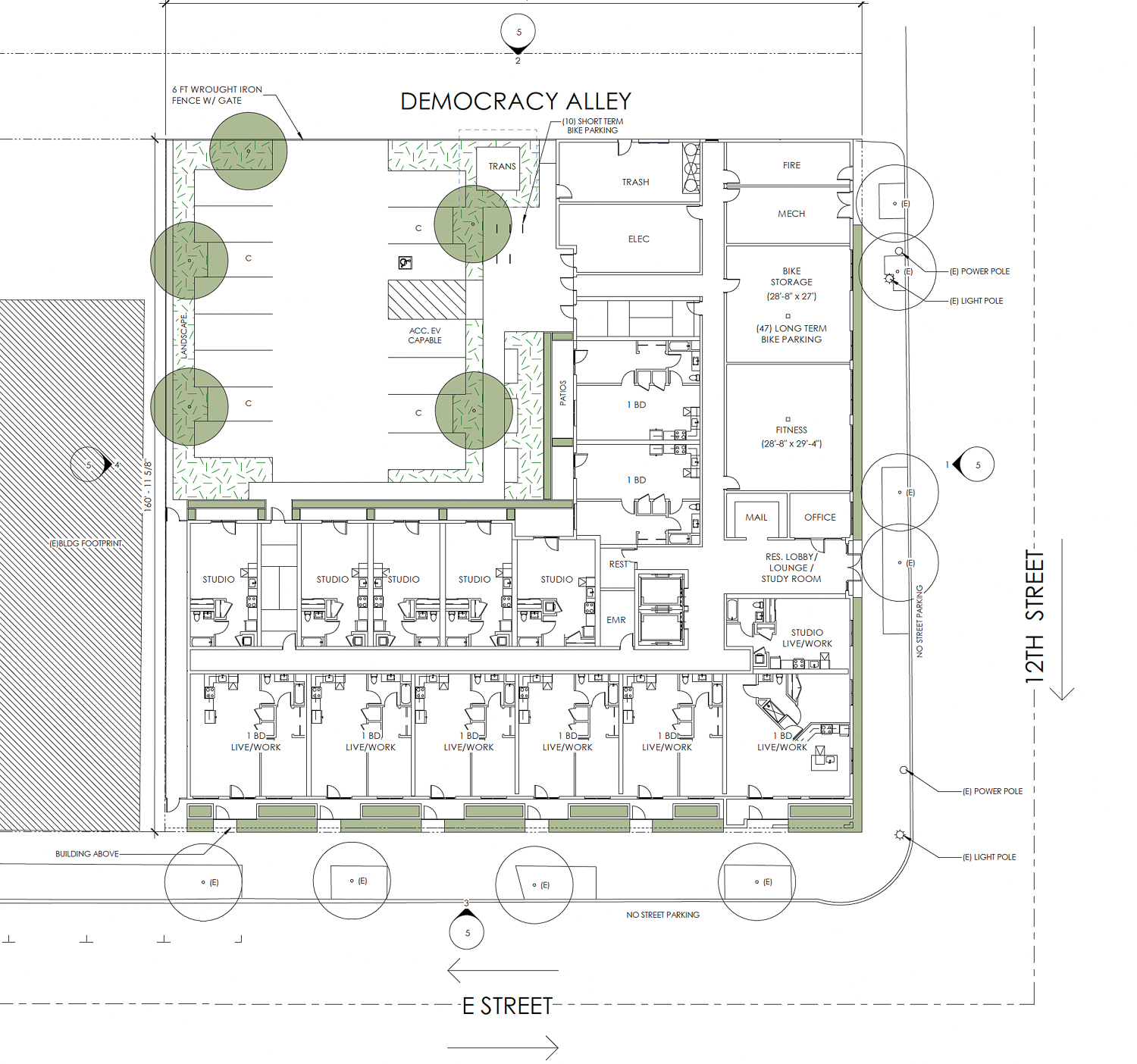 The corner-lot property is located along the 12th Street thoroughfare, between E Street and Democracy Alley. Along with the Blue light rail station, prospective tenants will find some retail and small grocery stores nearby. The California State Capitol building is less than 15 minutes away from the apartment by foot.

Peabody Engineering will be responsible for consulting on the engineering. Fuhrman Leamy Land Group is responsible for the landscape architecture, which includes retaining the sidewalk trees while adding new ones to the surface parking lot. 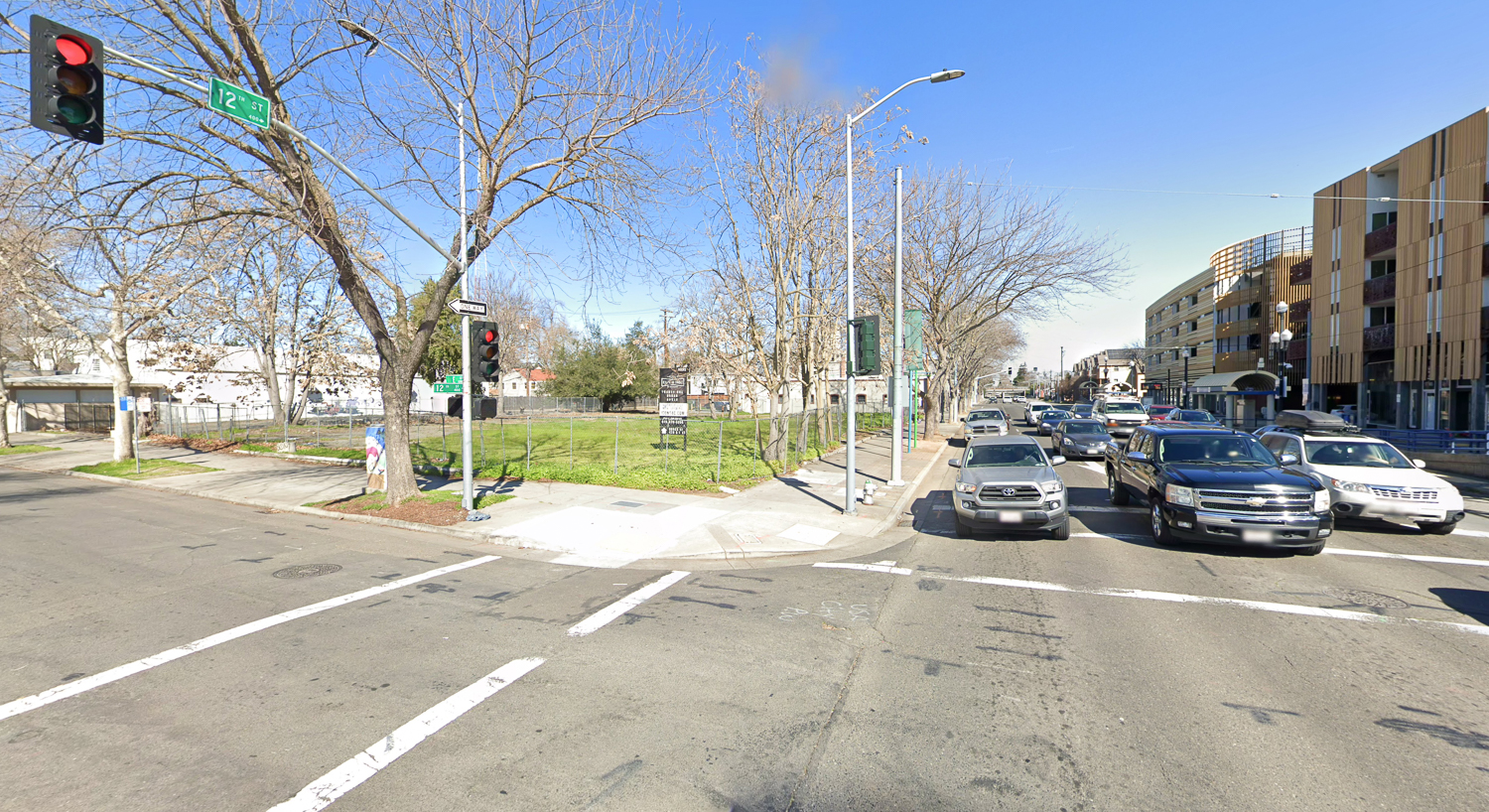 Be the first to comment on "Design Review Filed for 12E Apartments in Alkali Flats, Sacramento"