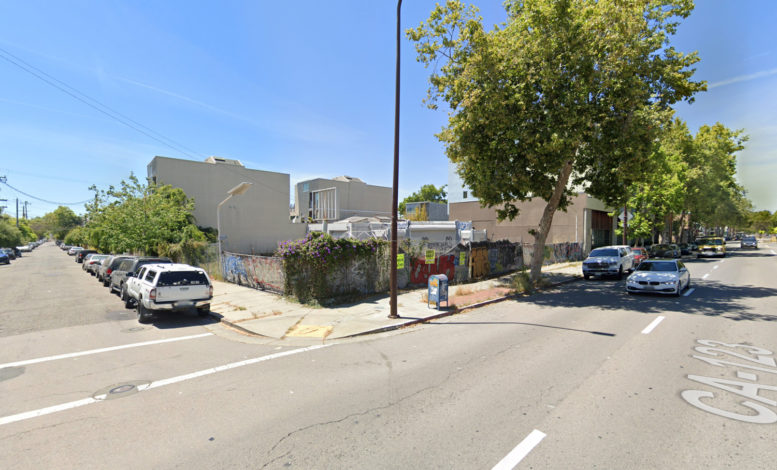 New plans have been filed to transform a mostly-vacant lot at 2720 San Pablo Avenue into an eight-story mixed-use development in Southwest Berkeley, Alameda County. Trachtenberg Architects have filed the pre-application for Senate Bill 330, making use of the State Density Bonus Program to increase the residential capacity above previous iterations for the parcel.

The 0.22-acre property is currently occupied by surface parking with a small commercial structure once occupied by a pottery studio. Images from Google Street View show that the property has been vacant since 2015. 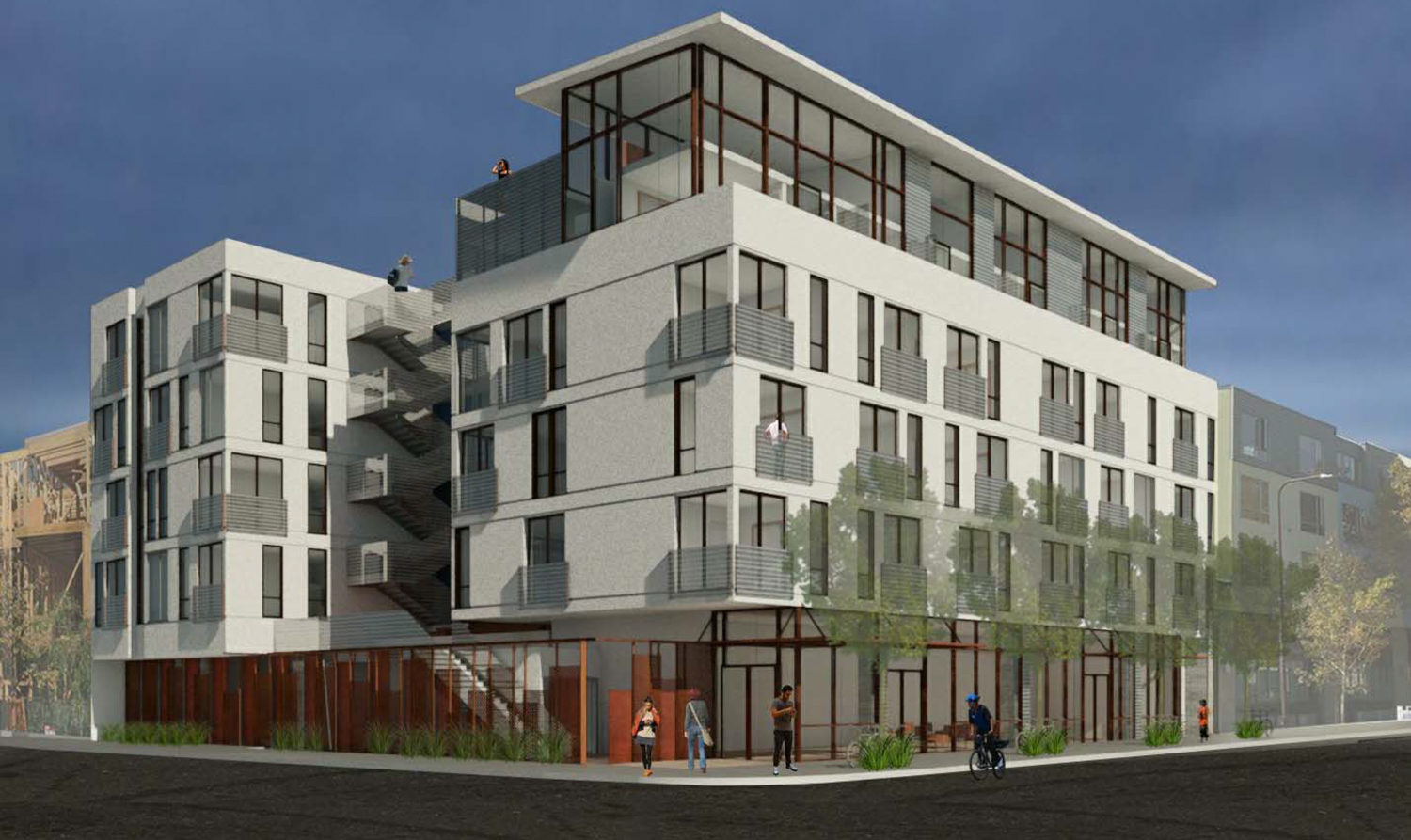 The property has been the subject of various applications. City records show Charlie Group LLC filed a non-describe proposal for a new mixed-use building in 2006. In 2016, Charlie Group filed again for the property, proposing a five-story structure with 39 homes, 775 square feet of retail, and parking for 37 cars and 41 bicycles. 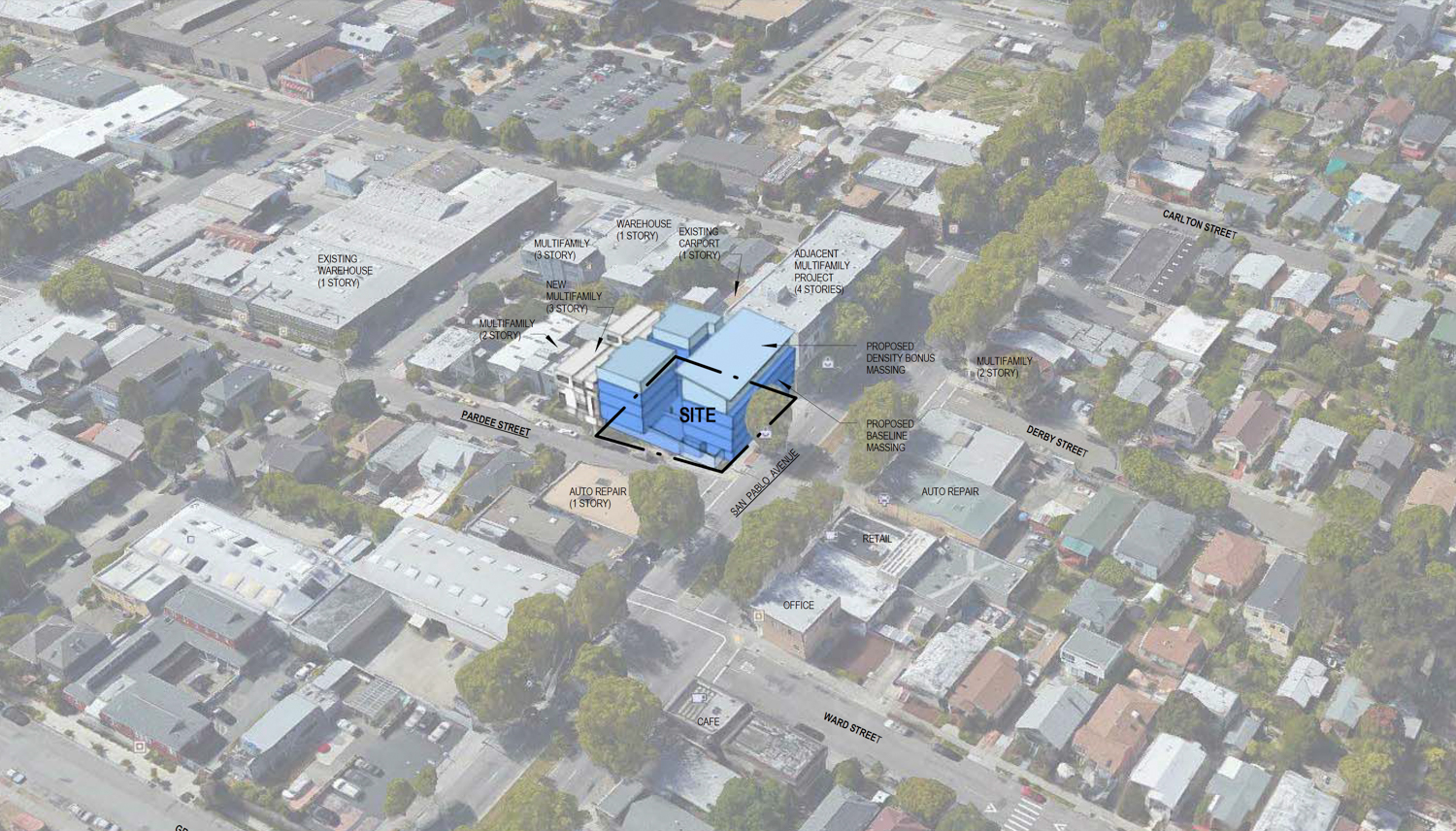 Trachtenberg Architects is now leading the project, and while renderings have not yet been revealed, the firm has established a familiar style for the East Bay city. While exact facade materials often vary between their projects, they typically use framed floor-to-ceiling windows to emphasize verticality. The firm often utilizes an earth-tone color palette of white, brown, red, and black.

The updated plans for 2720 San Pablo Avenue remain preliminary, with important details missing. The application does not specify how many apartments would be created, the retail square footage, or how much bicycle and car parking will be included.

2720 SPA LLC, listed with a Maryland address, is the property owner. The estimated cost and construction timeline have not yet been established.