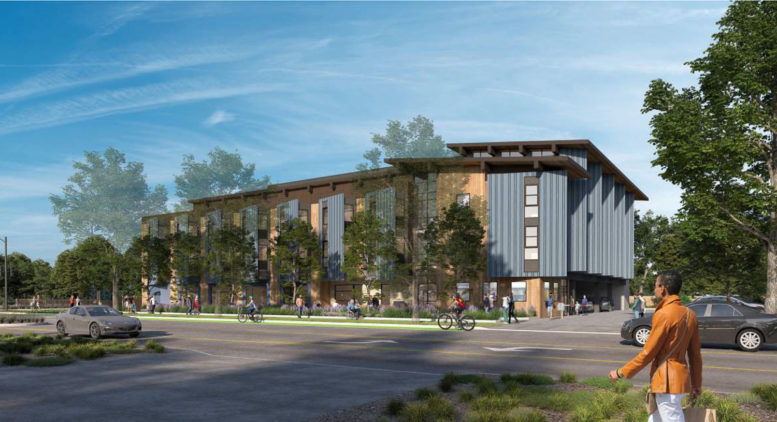 New permits have been filed for the four-story affordable housing project at 525 East Charleston Road in Palo Alto, Santa Clara County. The project will create 50 rental units with services to offer special needs housing. Eden Housing is responsible for the project applicant.

Eden Housing is working with the non-profit organization AbilityPath. The land is owned by the County of Santa Clara. The project, dubbed Mitchell Park Place, will seek approval using the Supportive Housing Act and Housing Crisis Act, named AB 2162 and SB 330, respectively. 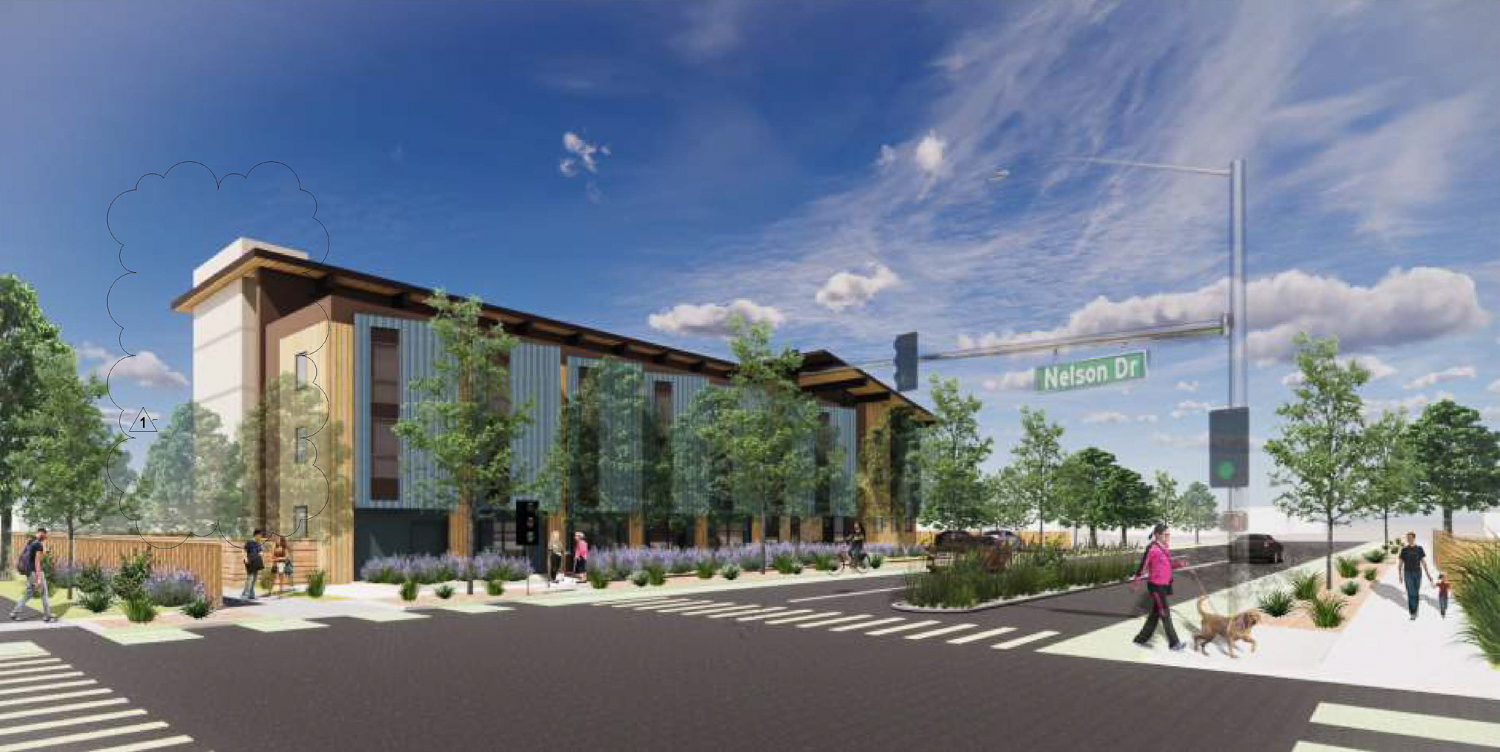 The 49-foot tall structure will yield 45,360 square feet with 27,950 square feet for housing, 14,660 square feet for common area and supportive facilities for residents, and 2,750 square feet for offices to be leased to AbilityPath. On-site amenities will include a community lounge with a kitchen, a support and meeting room, Eden offices, a library and tech lounge, respite rooms, and a fitness center. 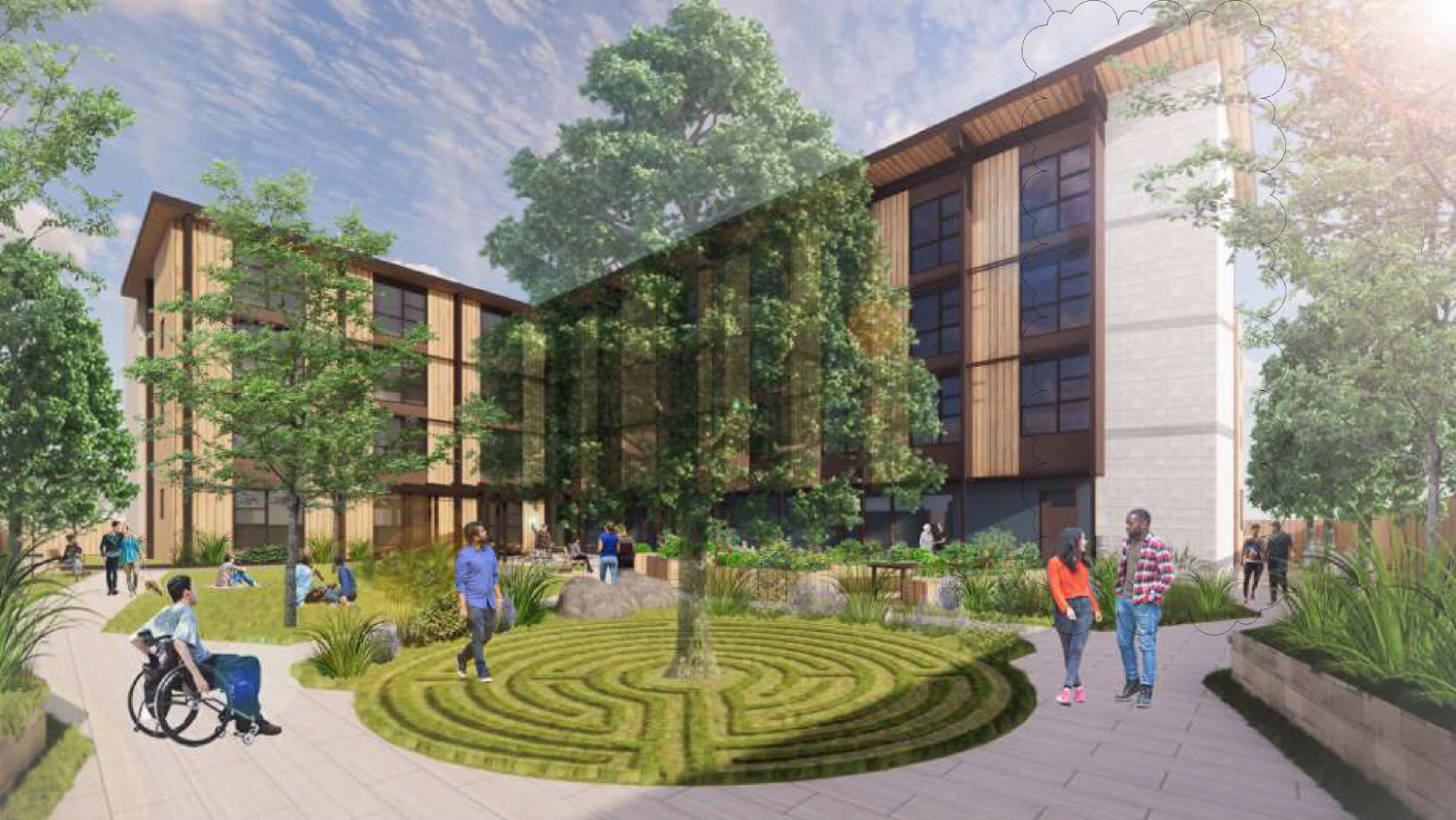 Architects Fora, formerly known as OJK Architecture, is responsible for the design. According to the project applicant, Fora took inspiration from the surrounding neighborhood, writing that the proposal’s “aesthetics reflect the Eichler neighborhoods that surround the project, featuring clean, orthogonal and angular lines. The Eichler Design Guidelines inspired several aesthetic choices in the design,” including the low-sloping roof, clerestory windows, vertical siding, and other details.

Facade materials will include vertical groove wood panels, cement plaster, and curtain walls to visually break up the massing. The L-shaped project will hug the landscaped central courtyard, decorated with seating and drought-tolerant planting. The courtyard is oriented toward the multi-use path connecting pedestrians and cyclists with the nearby Mitchell Park. BASE Landscape Architecture is responsible for the design. CBG is consulting on civil engineering. 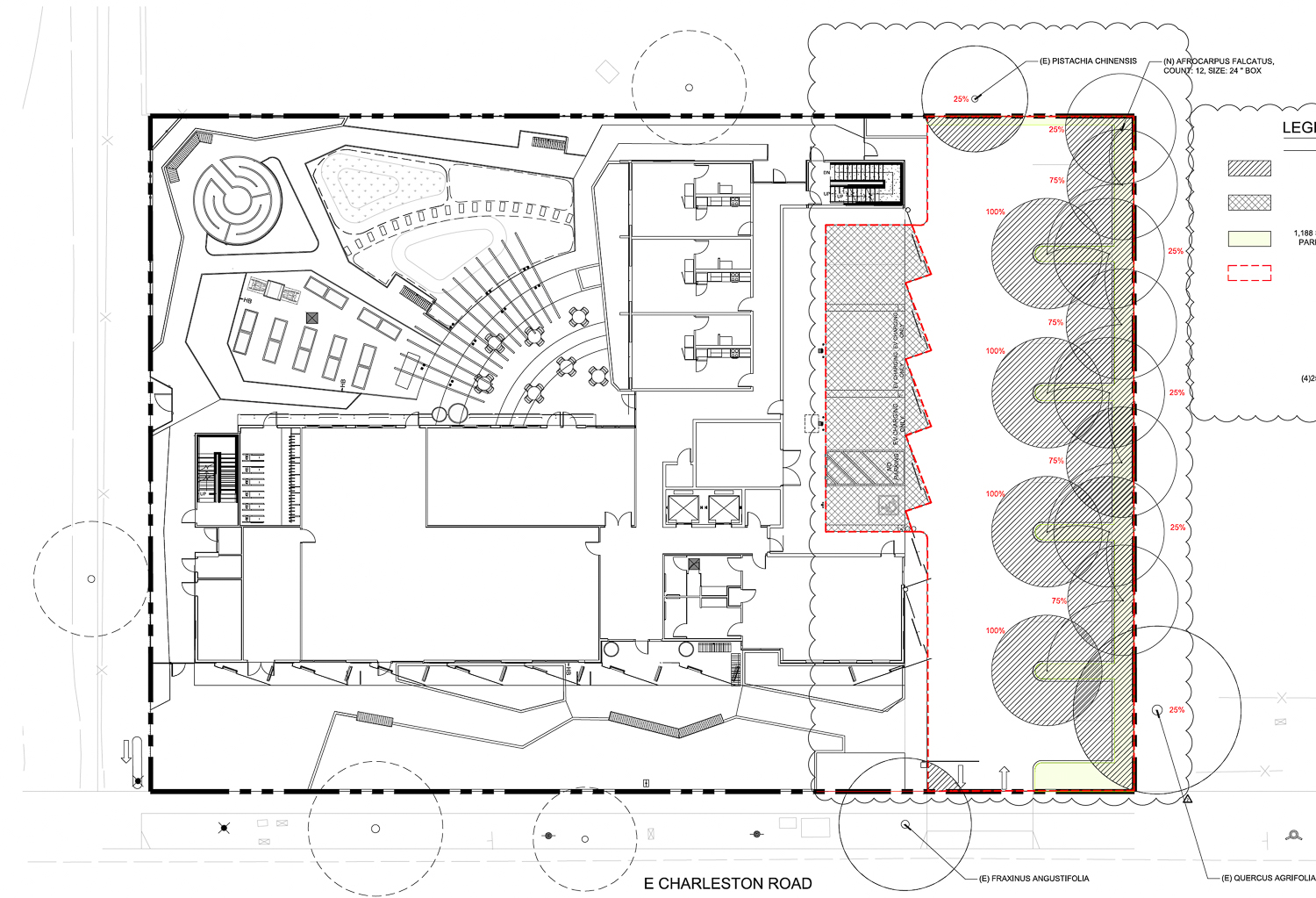 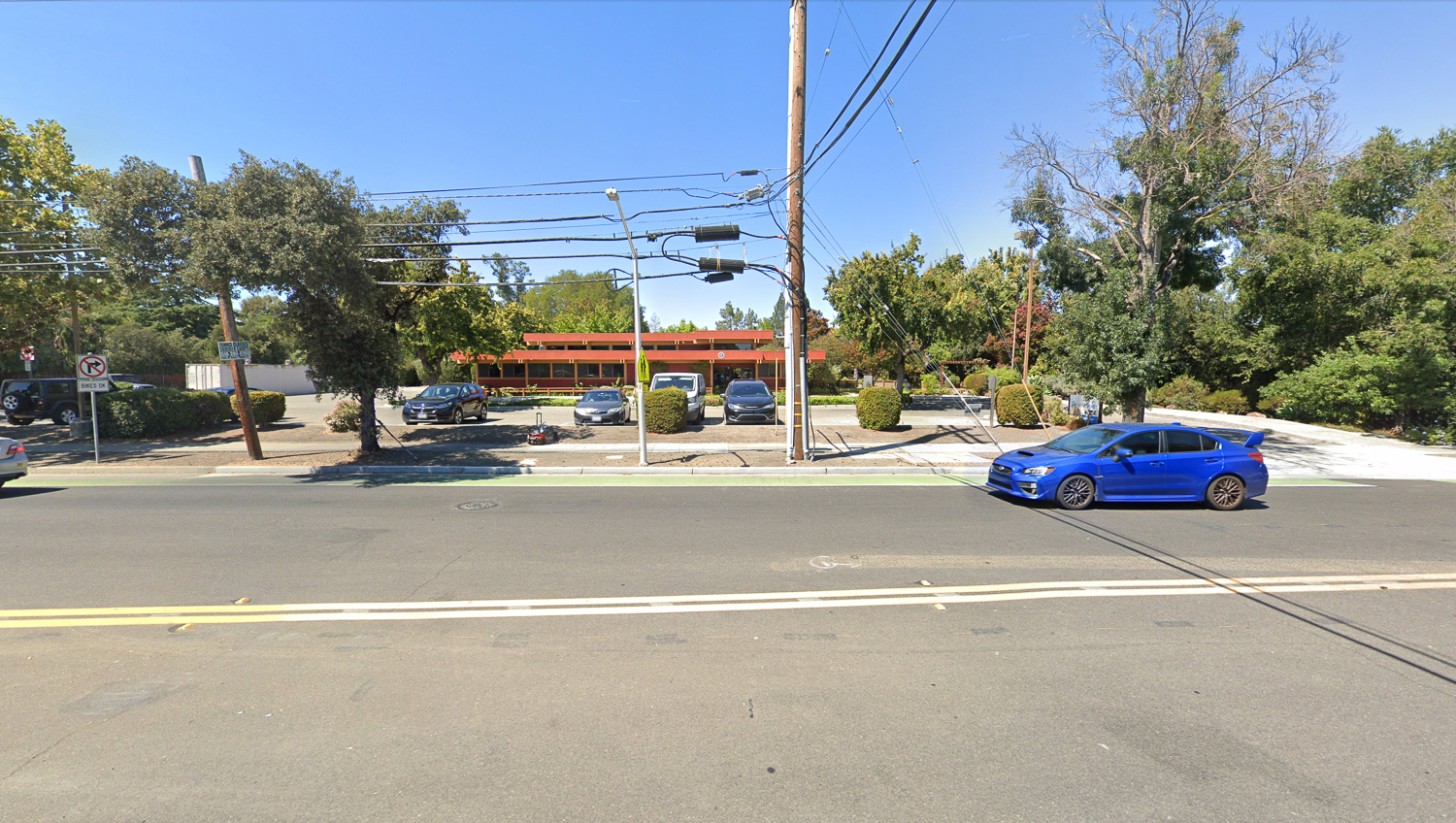 525 East Charleston Road is currently occupied by a low-slung commercial structure occupied by Abilities United. The 0.78-acre parcel is in the civic center of a predominately suburban-sprawl neighborhood, with schools, a library, and a strip mall within walking distance. The area is serviced by local buses, with the San Antonio Caltrain Station, 16 minutes away by bus, offering regional transit.