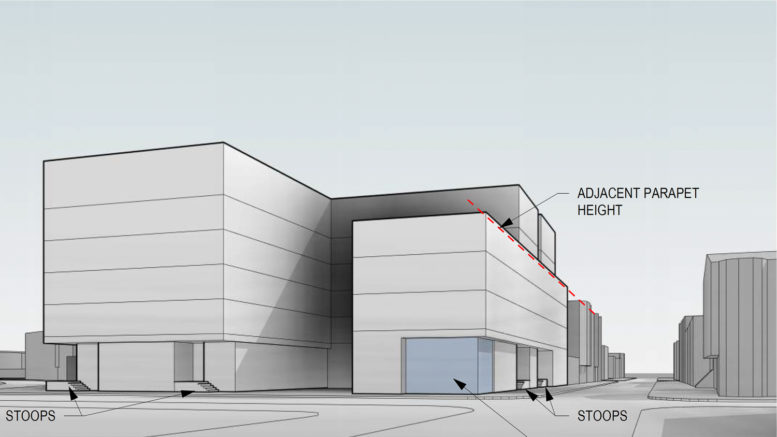 A project review meeting filed with the city’s Planning Department has revealed plans for a potential six-story housing development at 3050 23rd Street in San Francisco’s Mission District. The exploratory application considers plans for as many as 89 units by using the State Density Bonus Program. Kerman Morris Architects is responsible for the application. 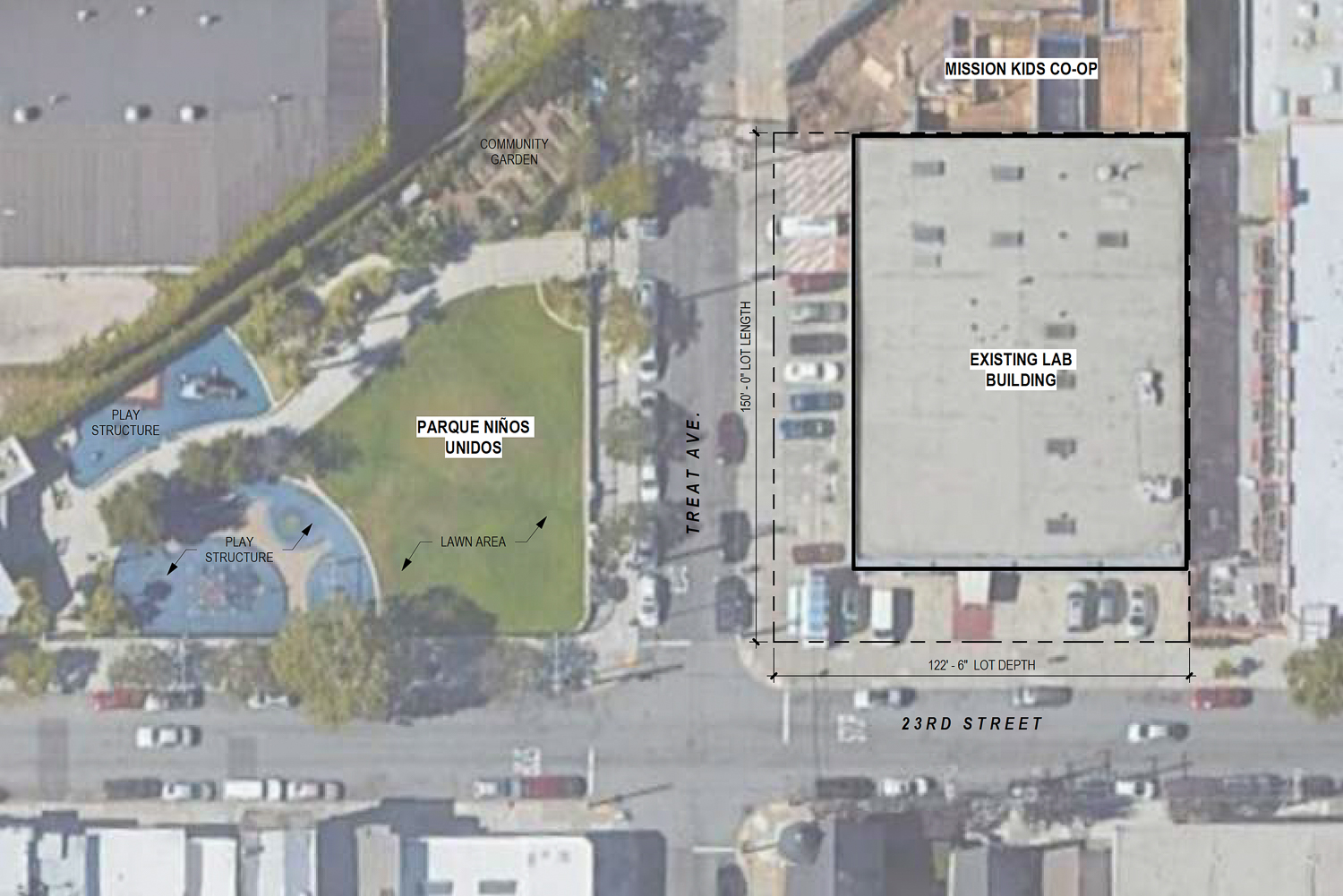 The 0.42-acre property is currently occupied by a single-story industrial warehouse from the 1960s. The architecture firm is requesting the project review meeting with city staff to ensure the application meets city code and to discuss the potential development of the lot.

While the plans remain preliminary, the city’s planning department has published the initial planning documents. The information provided is liable for adjustment or to be completely altered as the application moves through the lengthy public review and approval process. 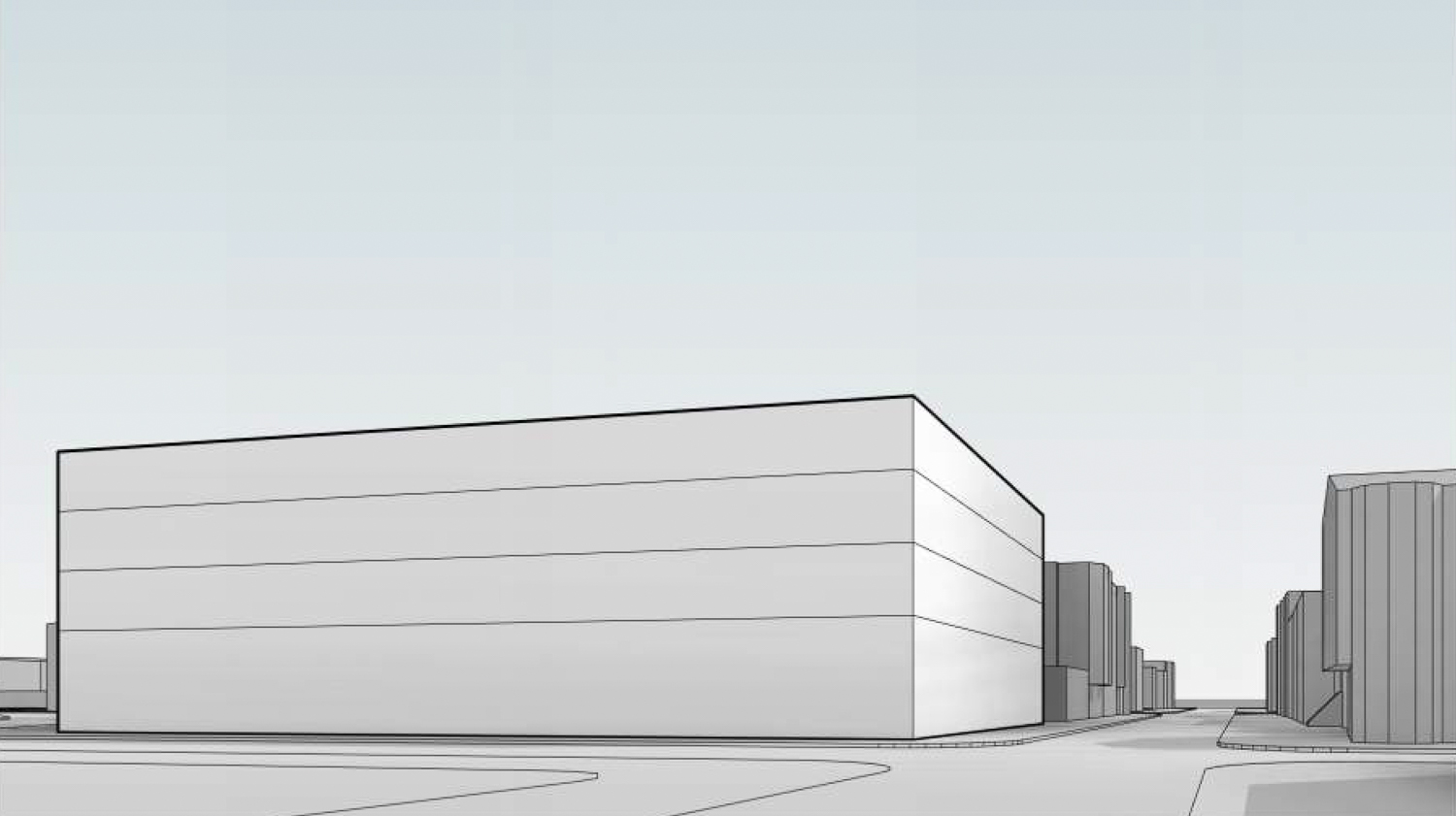 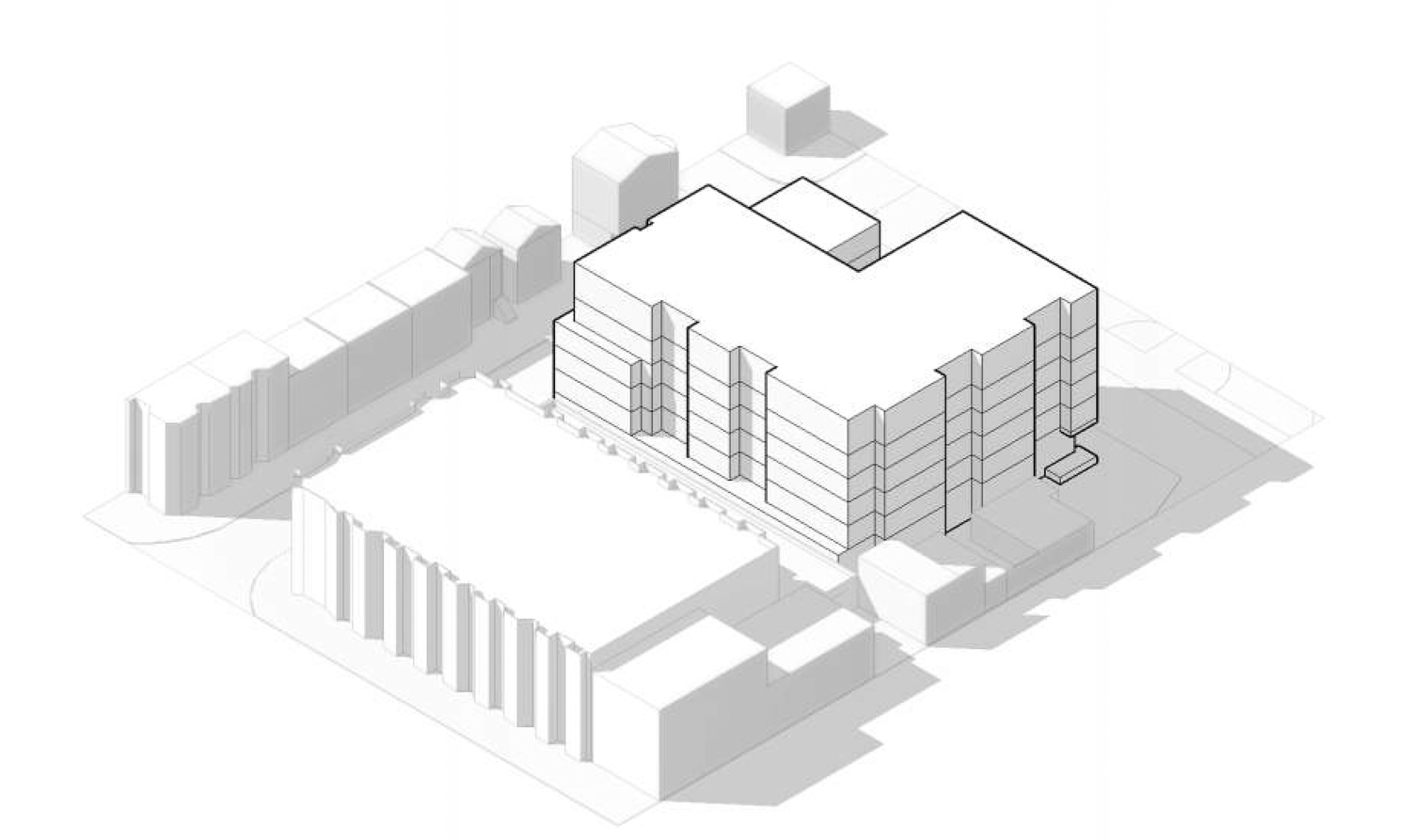 The proposal starts with drafting a base density plan conforming to San Francisco’s existing residential zoning. The four-story infill would yield 55,120 square feet. Making use of the State Density Bonus Program, Kerman Morris estimates the project would rise six floors with over 80,000 square feet, including some ground-floor retail. According to the application, the retail space is “intended for the continued operation of the existing taco truck on site.”

Of the 89 units in the increased iteration, there would be 53 one-bedrooms, 31 two-bedrooms, and five three-bedrooms. Of that, 15 homes would be affordable housing, with prices ranging between 50% AMI, 80% AMI, and 110% AMI. 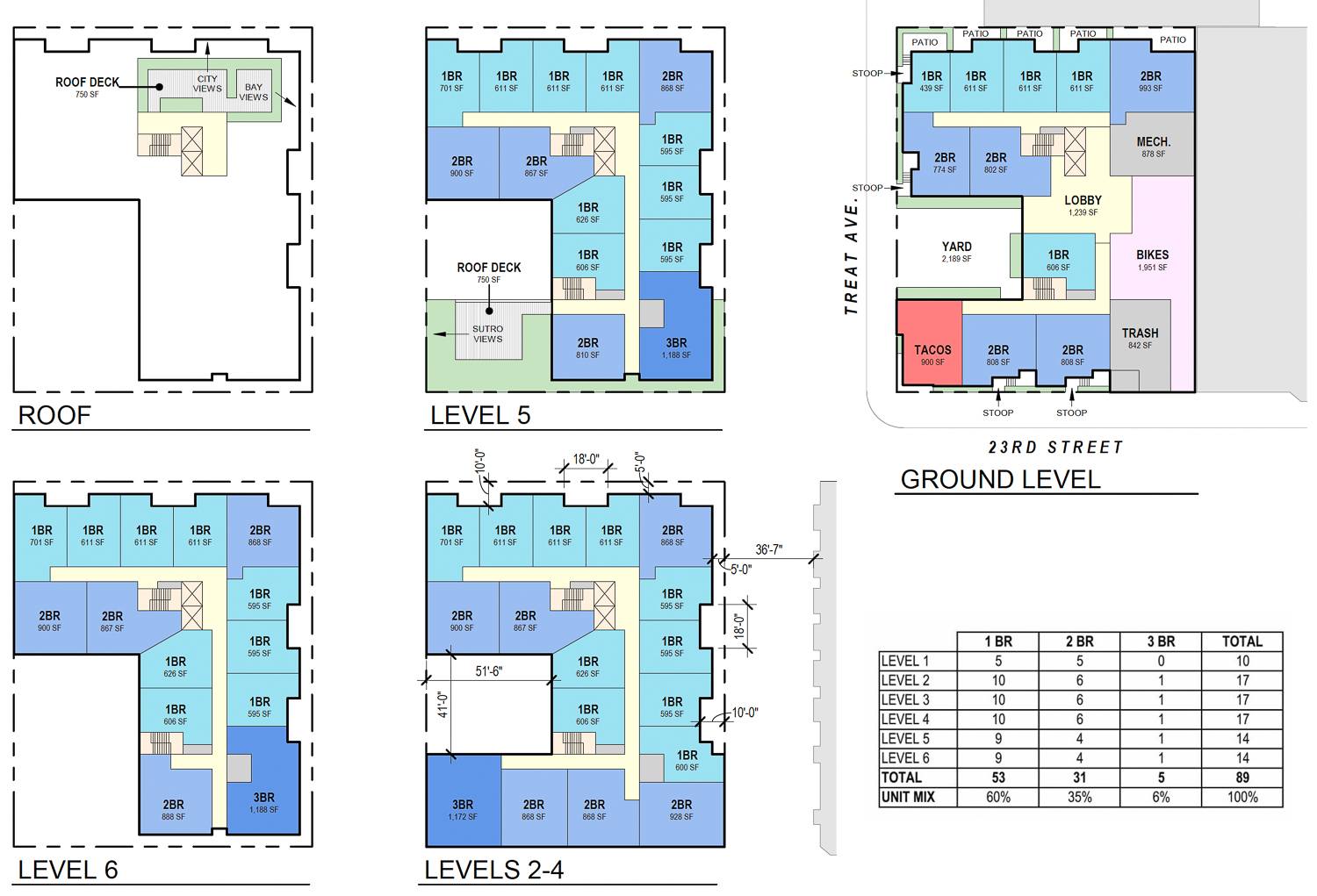 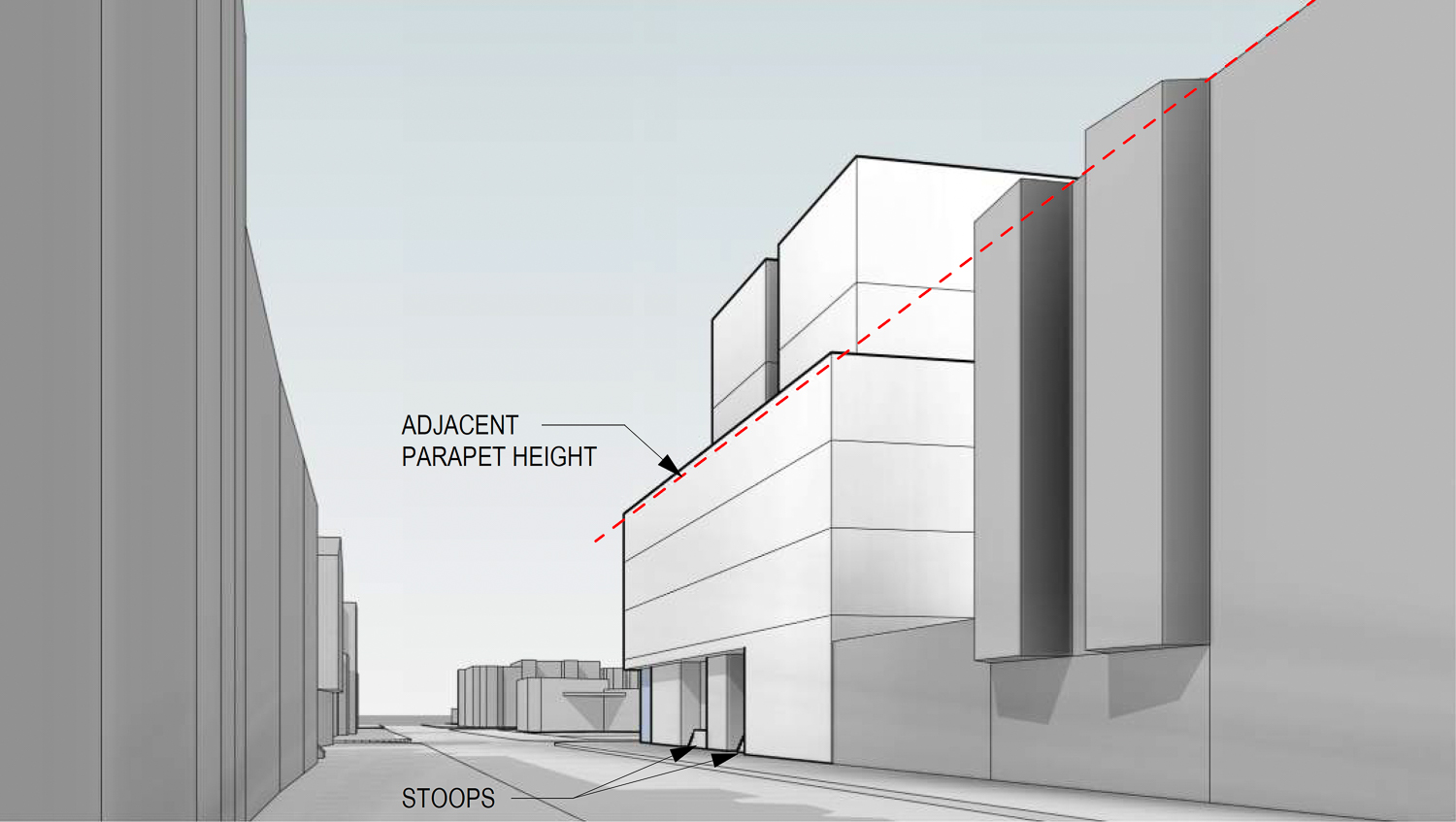 Parking will be included for bicycles in a nearly 2,000-square-foot ground-level room connected with the lobby. Residential amenities will include a lobby, rear yard, and two rooftop decks on the fifth floor and rooftop. The fifth-floor deck will offer views of Sutro Tower, while the rooftop deck will face the bay and San Francisco downtown skyline.

Future residents will be in a retail-rich neighborhood, with the 24th Street Mission BART Station just nine minutes away on foot and the 22nd Street Caltrain Station 2.6 miles away. For local transit, various bus stations are all within three to ten minutes away on foot, offering north-south and east-west movement by public transit.

Ryan Taylor of GreyBrick Partners is listed as the property owner. An estimated timeline for the project application remains unclear.