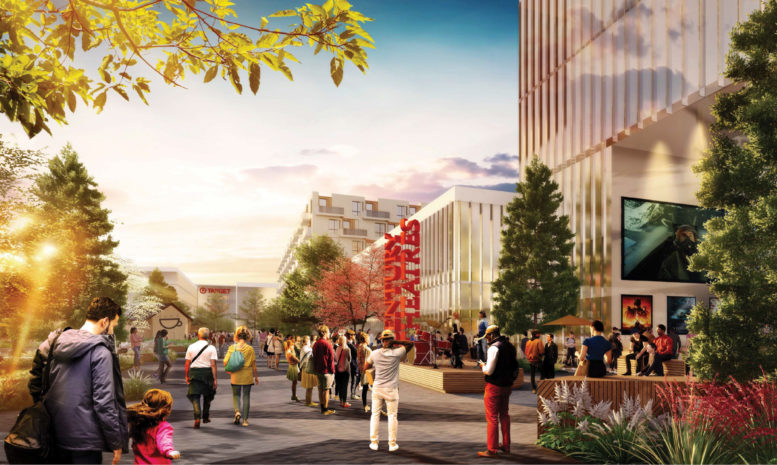 The preliminary project application will be reviewed today with the San Bruno City Council. The 44-acre masterplan led by Alexandria Real Estate Equities will reshape the existing BART-connected mall with new retail, homes, and a life science campus. The plans have been able to move ahead since Alexandria purchased the final necessary parcel of land in February of this year. The total cost for the 44-acre San Mateo County campus was just under $330 million.

Alexandria will work with Strada Investment Group and the non-profit MidPen Housing as development partners. Gensler is the project architect, with landscape architecture by James Corner Field Operations. The 44-acre master plan will create 3.3 million square feet across 14 buildings with an overall height limit of 127 feet tall. Current plans include nine offices, one eight-story parking garage, three mixed-use buildings with apartments, and one three-story structure to be anchored by Target. 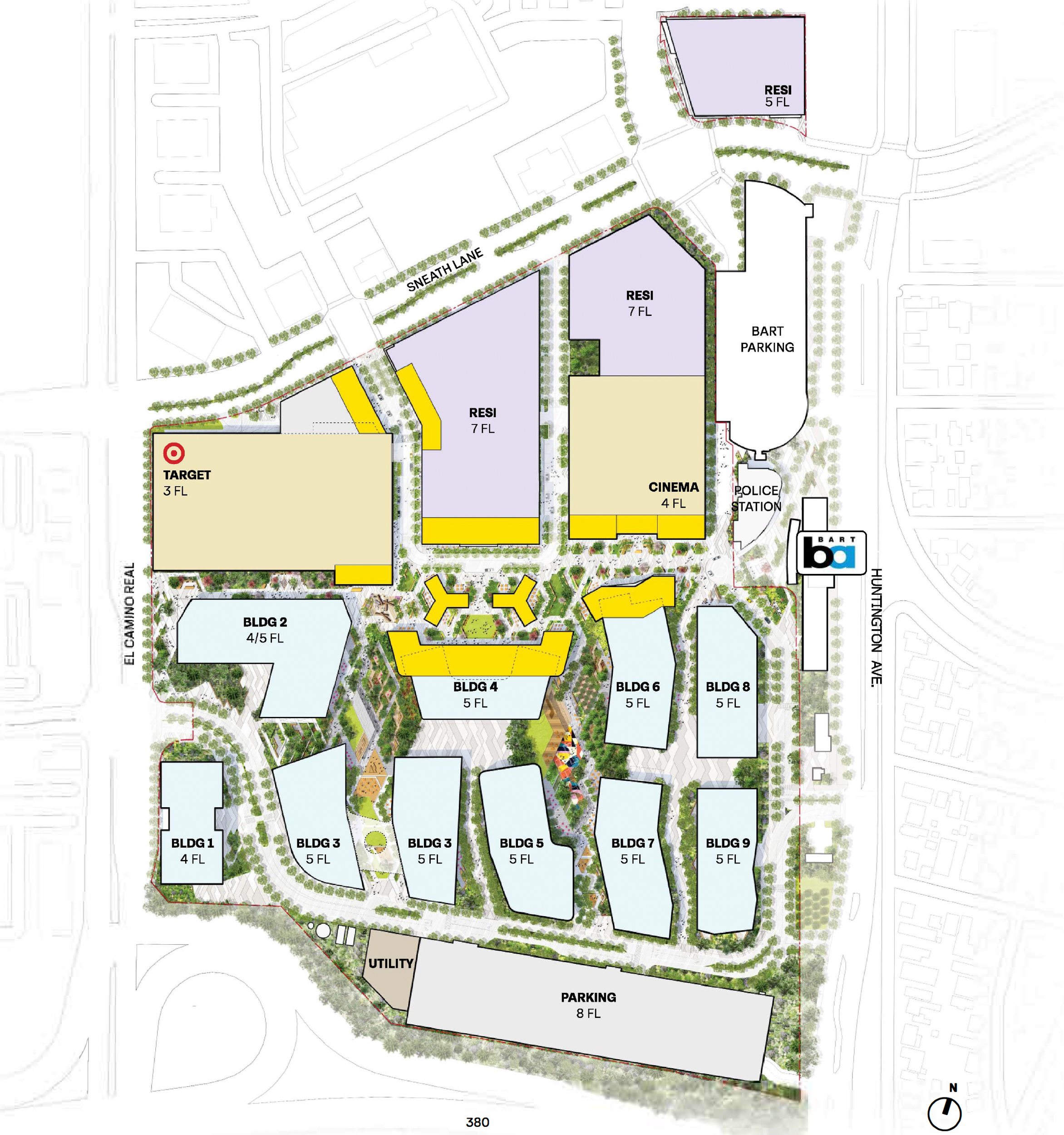 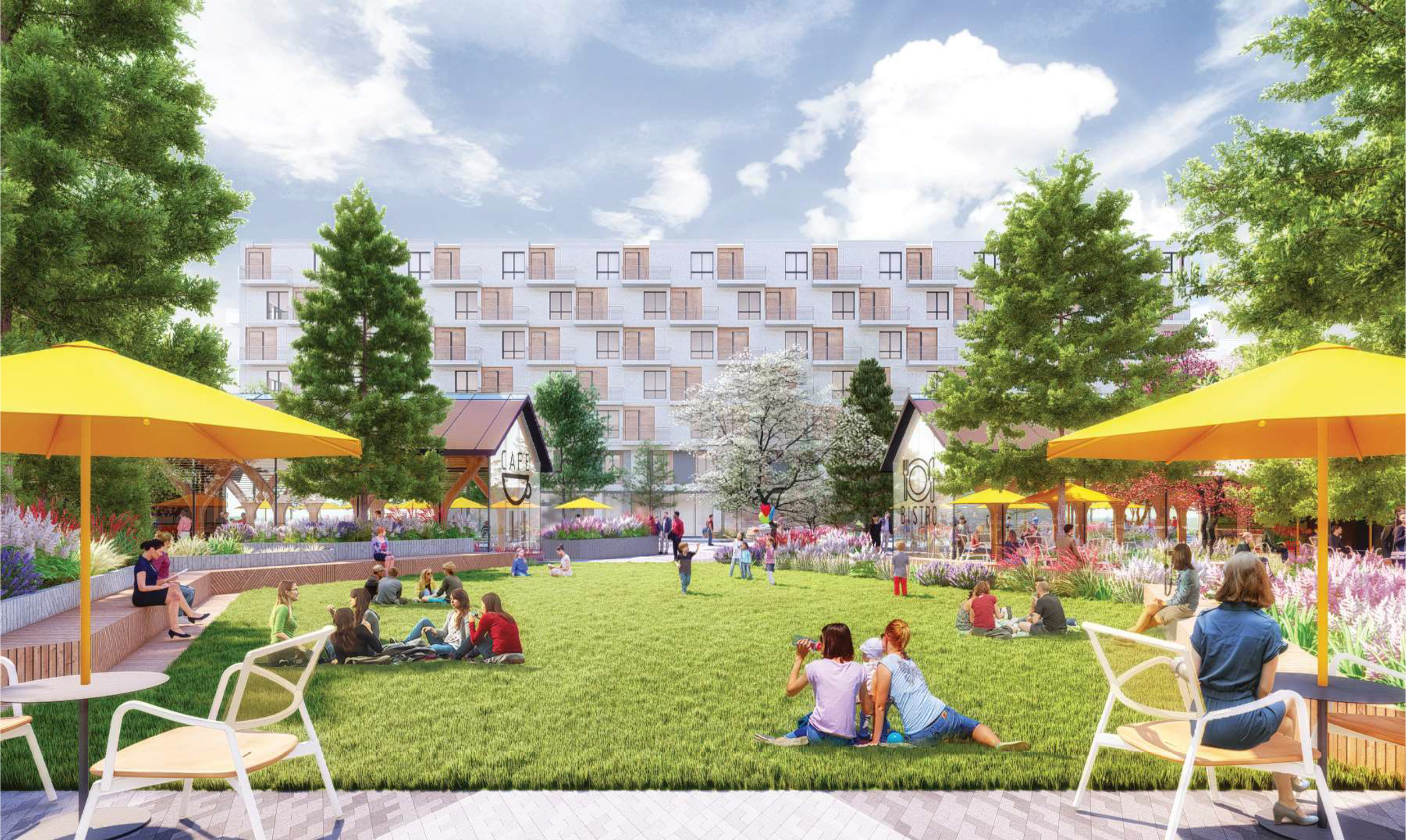 The Tanforan plan is divided into two sections, with the life sciences campus clustered on the southern portion. Nine buildings will be constructed, each between four to five floors tall. Most life science buildings will have substantially taller ceiling heights than any other building type, which means they could still rise between 100 to 120 feet tall.

Site maps show publicly accessible pedestrian walkways and landscaping wrapped around the site, with at least two central plazas to function as a place for outdoor relaxation and socialization. The border between the offices and the mixed-use district will include a dense network of retail, childrens playground, and a promenade connecting the new 158,000-square-foot Target with the four-story Century at Tanforan cineplex and the San Bruno BART Station. 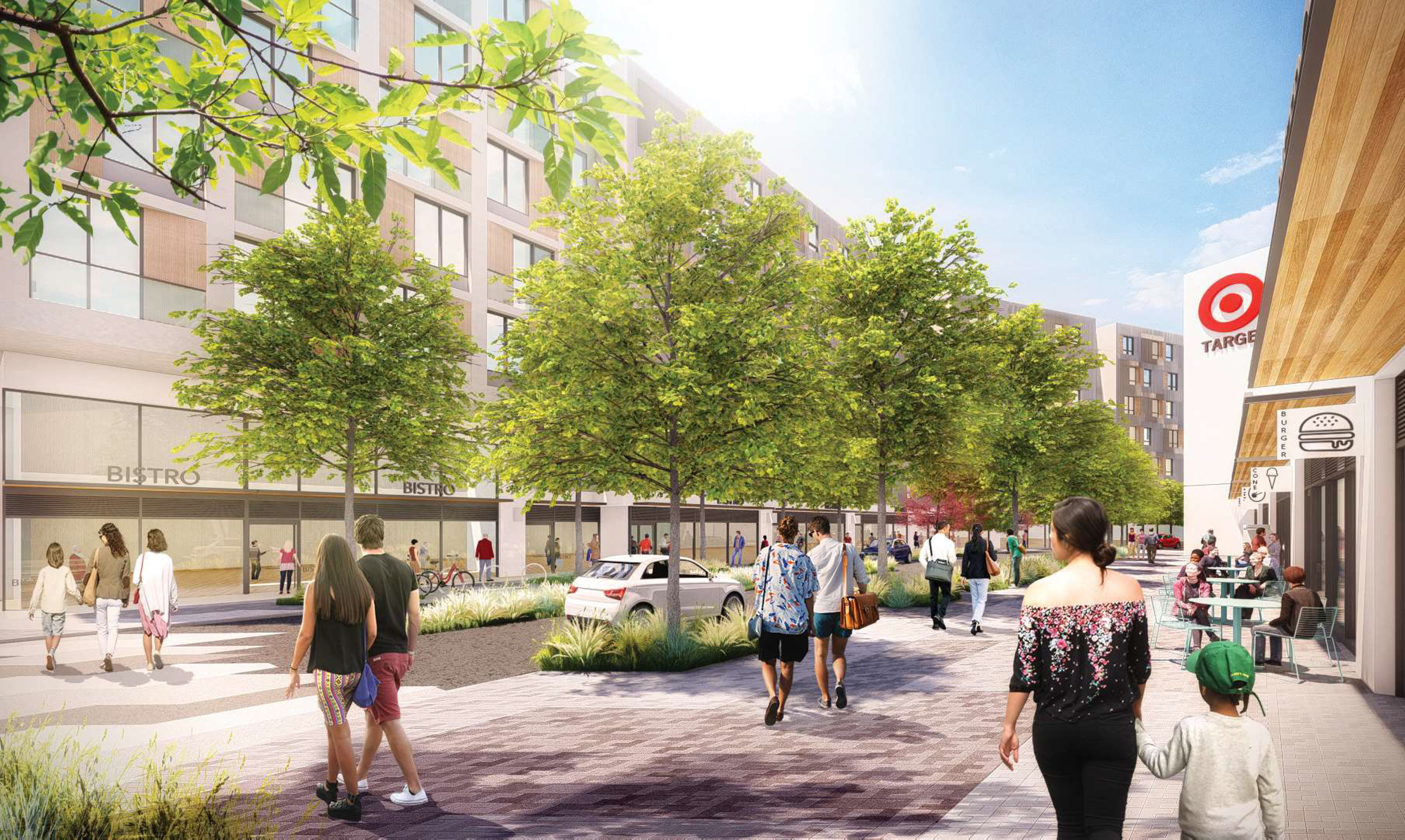 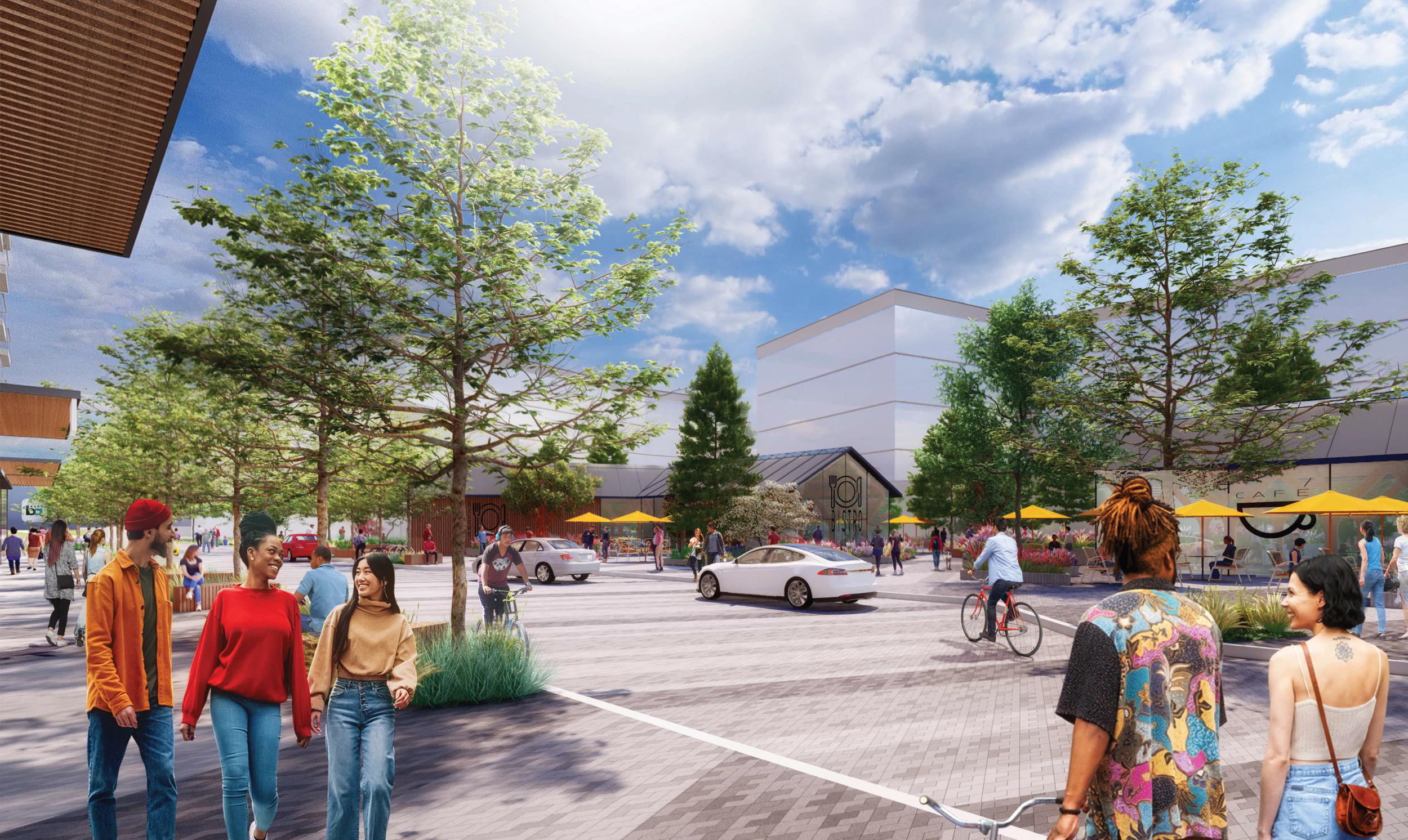 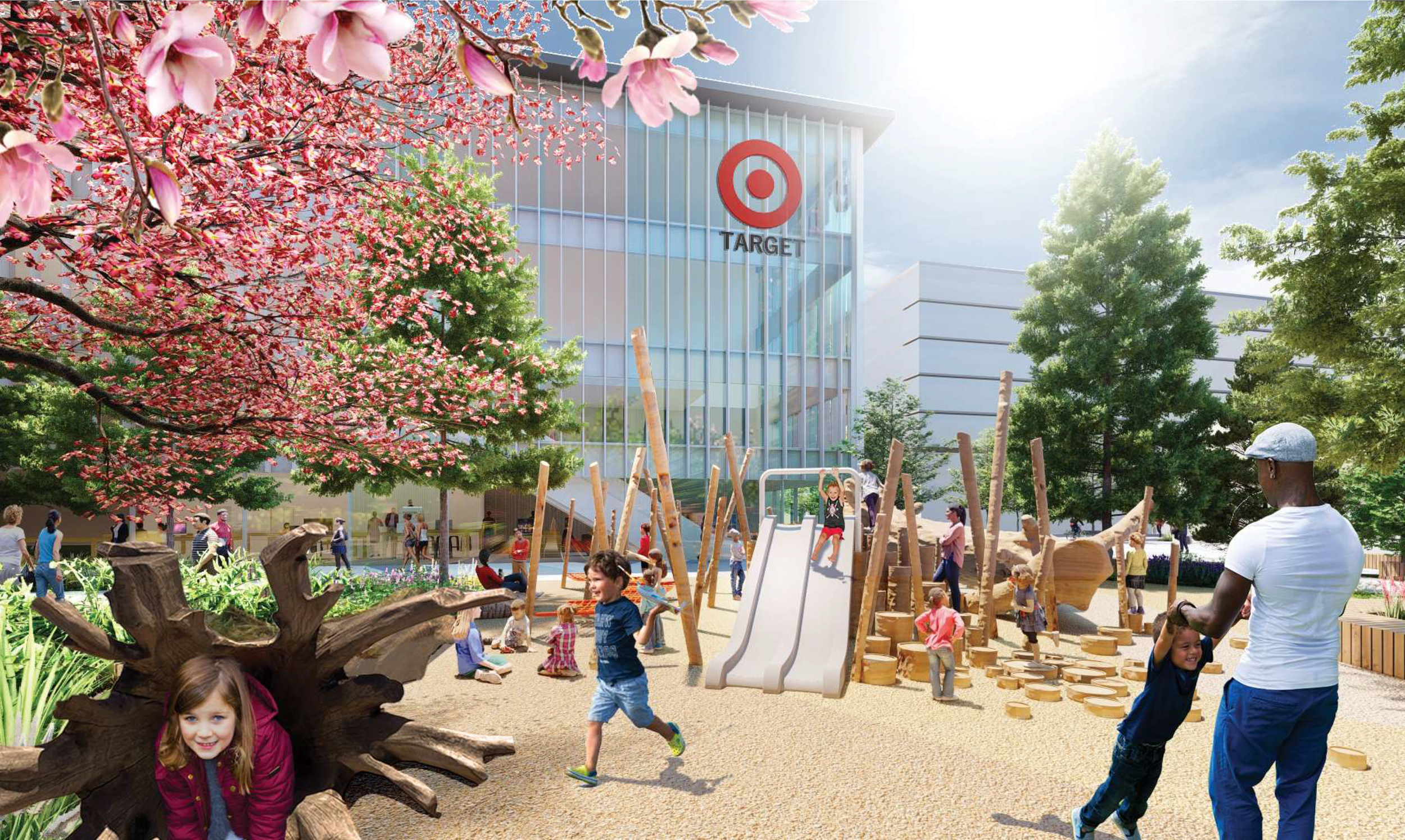 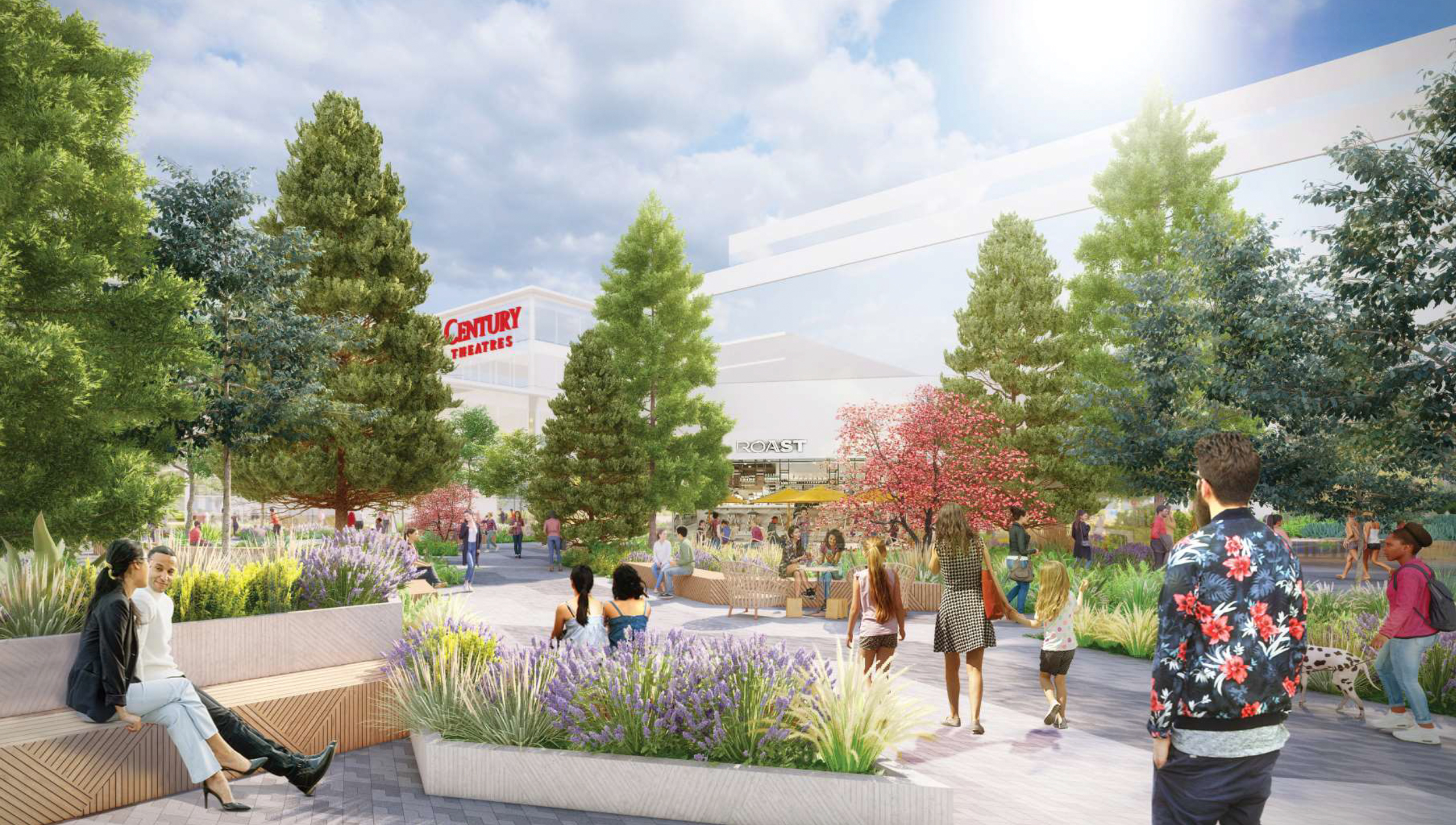 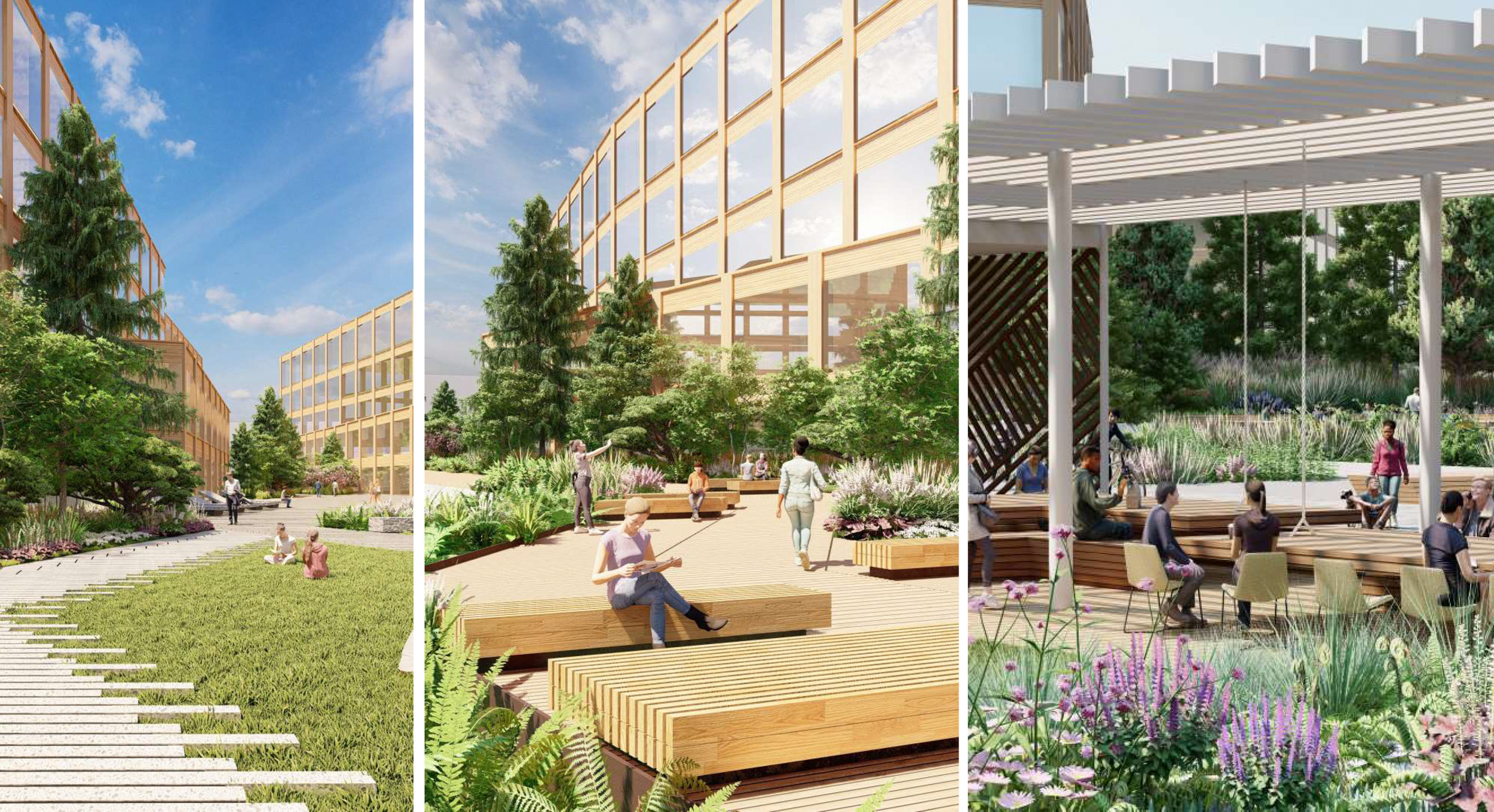 The Apartments will be built closer to Sneath lane, two rising seven floors and one across the street rising five floors. Initial plans call for just over a thousand units, though the number is liable to fluctuate slightly, given the preliminary nature of the plan. The project will include affordable housing, though the exact quantity has not yet been established.

The project will include dedicated bike lanes and bike stations. While information about bicycle parking is not specified, the plans reveal the shocking quantity of vehicular parking proposed: 5,746 parking stalls. The vast figure is divided across the site with 1,033 residential stalls, 1,850 retail stalls, and 2,863 stalls for the life science employees.

The entitlement process is expected to last between 18 to 24 months long, which includes community engagement and collaboration with the city planning department. Once construction starts, work will be divided into four phases. The first phase will include a mix of all uses, focusing primarily on the northern half. Phase two will create three life science offices and most of the garage. Phase three will build up two life science buildings and the final residential component across Sneath, while phase four will finish off the last two life science buildings and the garage. 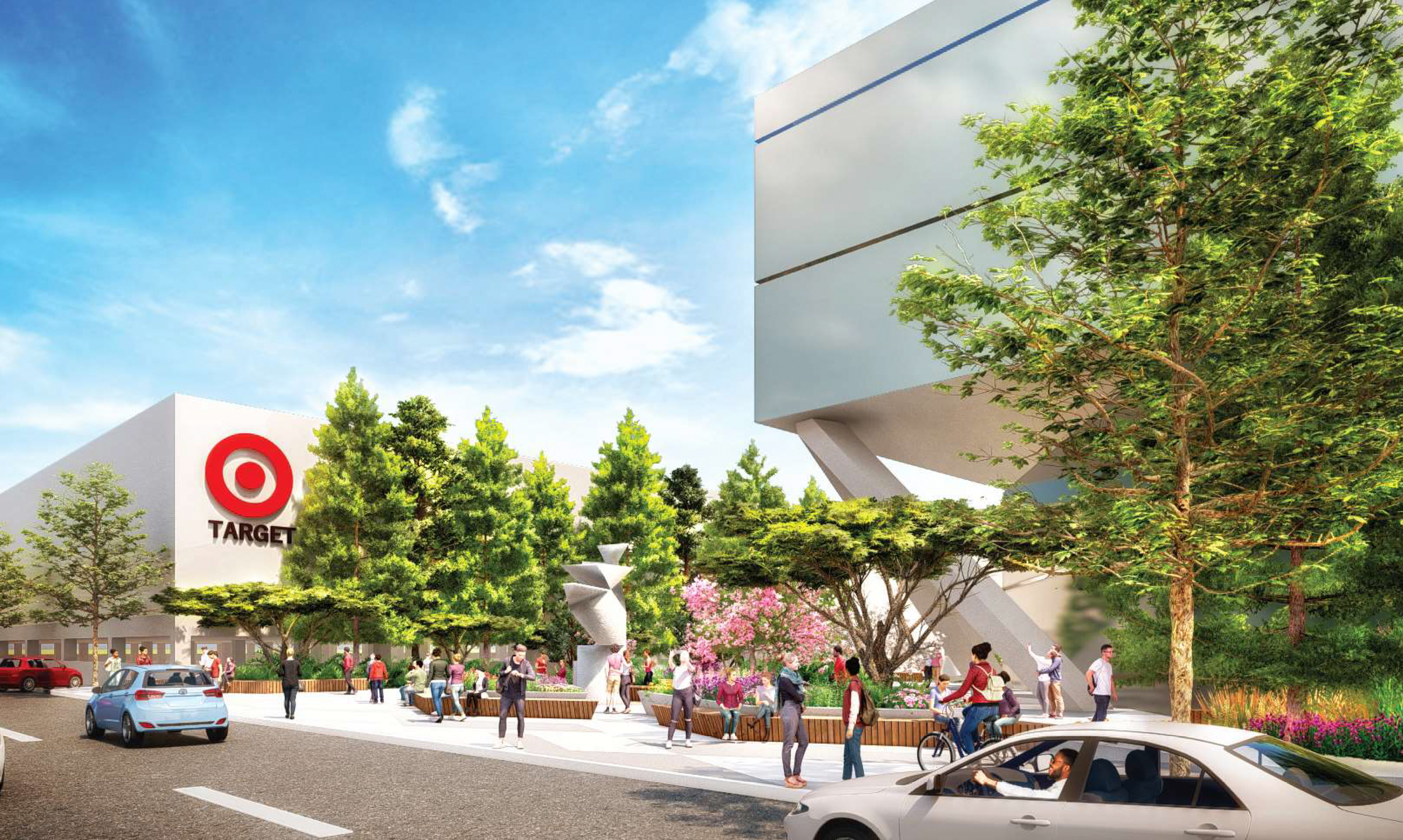 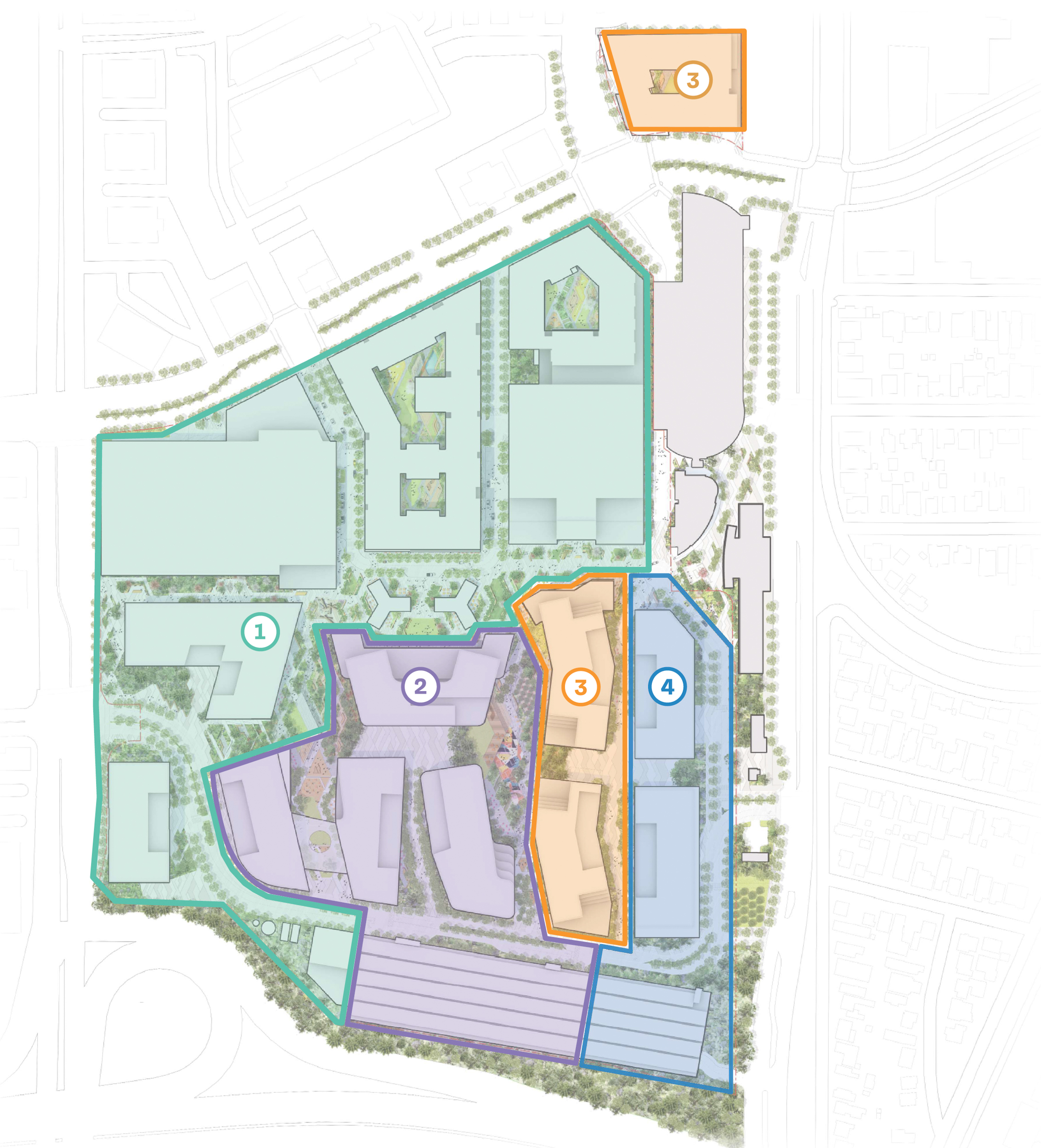 The development is expected to have company across the train tracks. South San Francisco has approved plans for Lane Partners to build Southline, a $1 billion life sciences campus, reshaping 28 acres with 2.8 million square feet of rentable floor area and nearly eight acres of open space.

The preliminary application was filed on October 5th. The San Bruno City Council meeting is scheduled to start today, with a community meeting to be held next month.