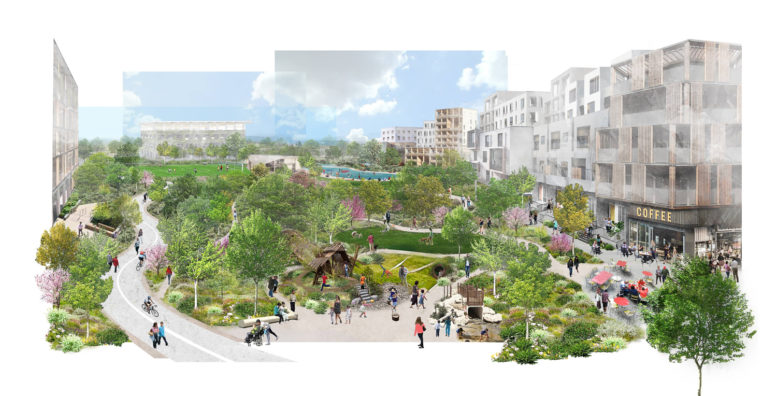 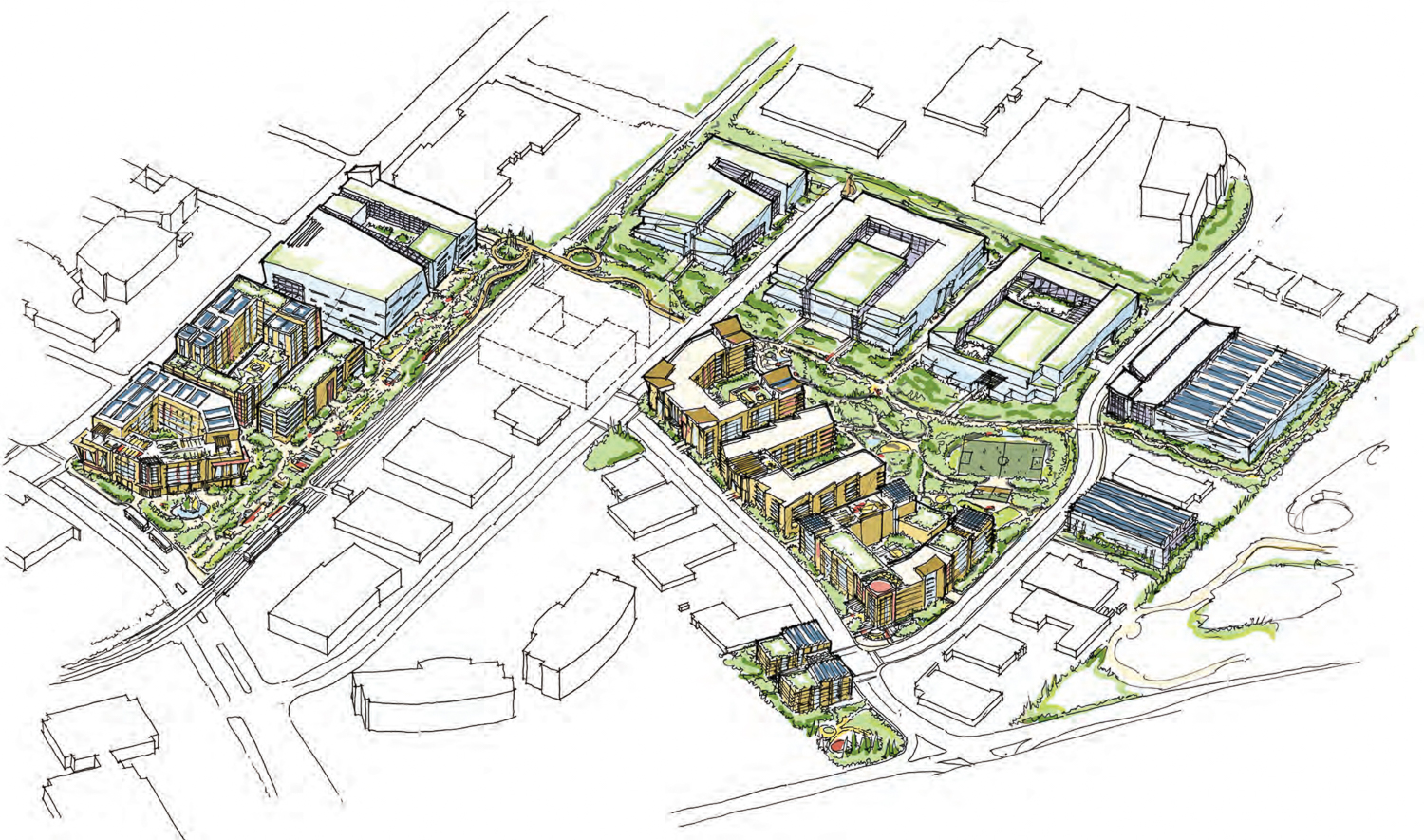 The master planning is by SERA Architects, with Hassell Studios in charge of urban design. CMG is the landscape architect, Sherwood is the civil and infrastructure engineer, and Kristen Hall City Design is responsible for planning. The offices will be connected to 100% renewable energy and expect to receive the LEED Platinum certification.

The development will reshape 39.9 acres in three spaces off East Middlefield Road. The construction will produce 14 buildings with 1,900 new apartments across 1.93 million square feet, nearly 1.32 million square feet of offices, 46,000 square feet of commercial retail, and 9.84 acres of public open space. Of the 1,900 units to be produced, around 380 will be designated as affordable housing. Unit sizes will vary from studios to three bedrooms. 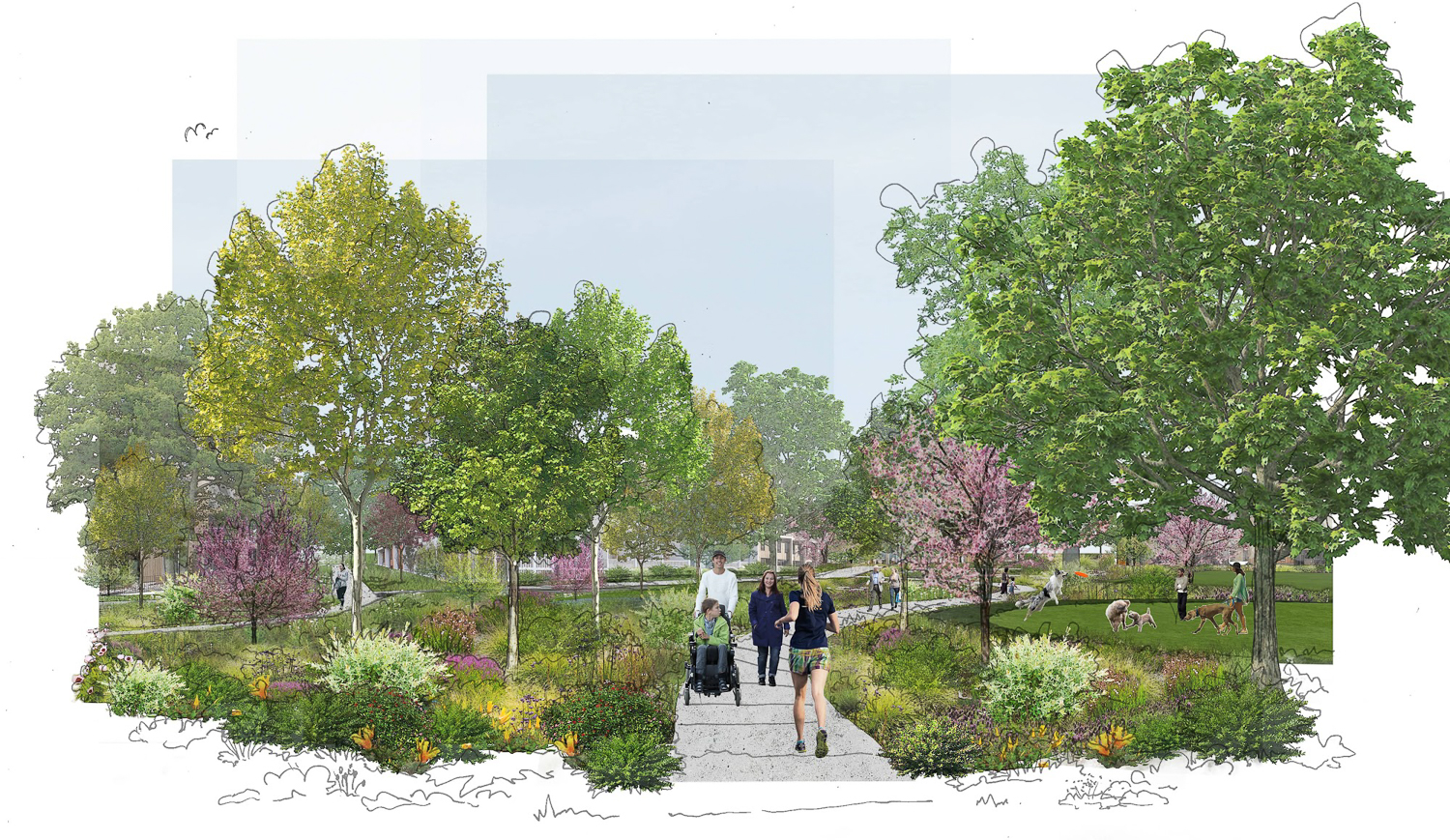 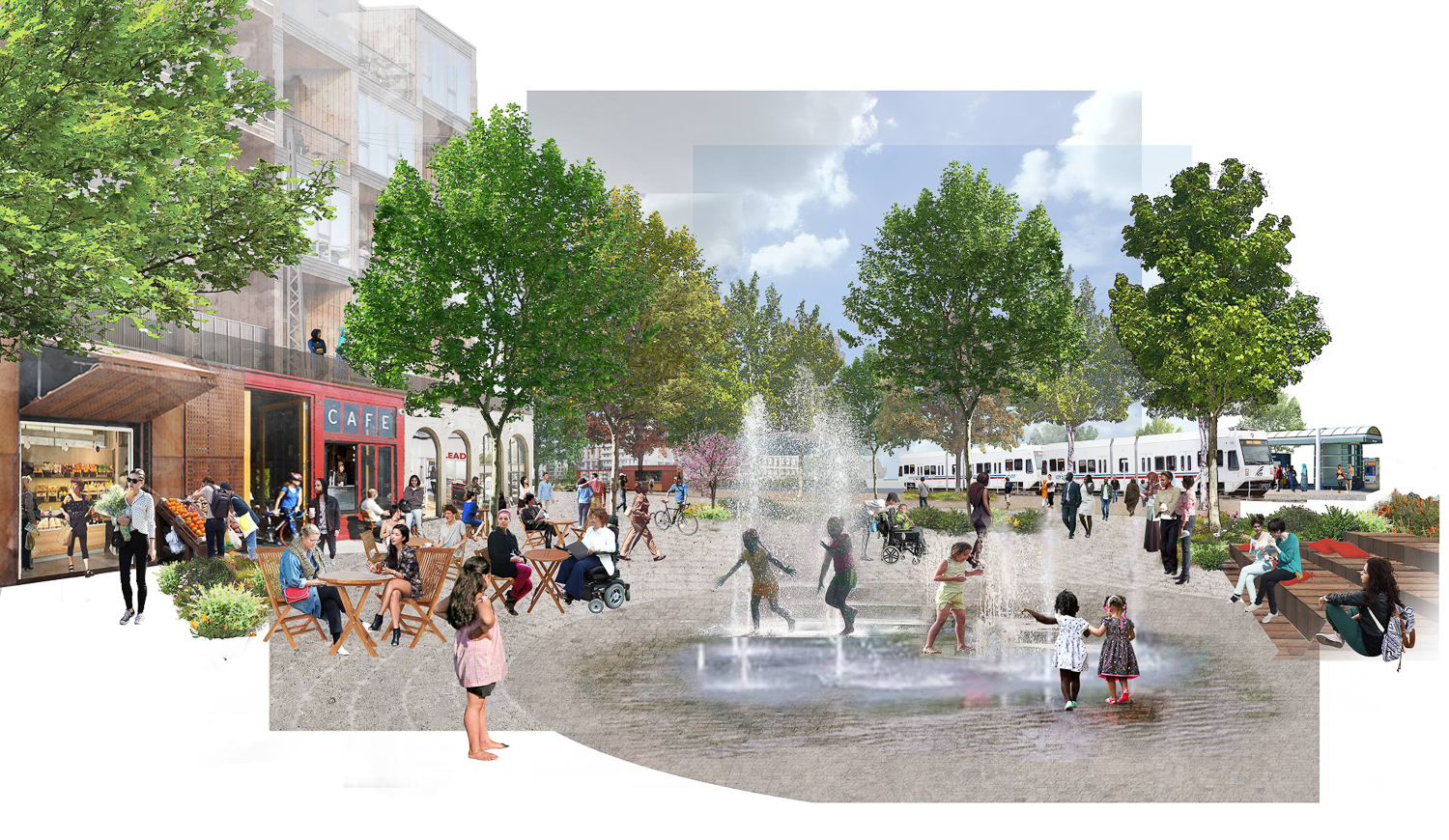 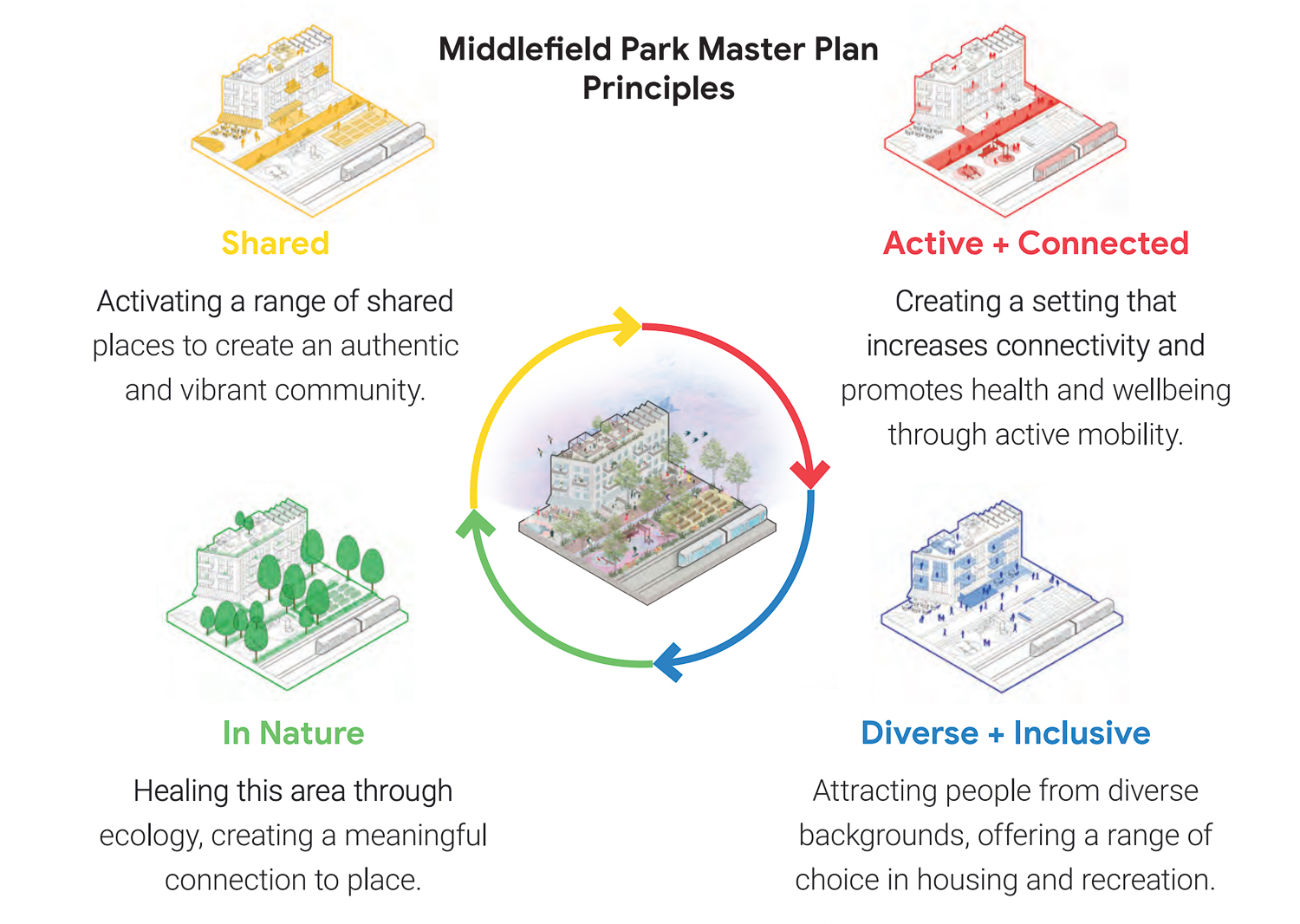 According to our previous reporting, parking will be included across twelve separate garages, including two stand-alone parking buildings. In its latest iteration, Middlefield Park is planned to have a total parking capacity of 4,325 cars. These spots will be split with 2,675 vehicles for the offices and 1,650 lots for residential, retail, and community use. The master plan does indicate that the total capacity is flexible based on future parking demand, management studies, and programs that can be implemented to reduce car demand. 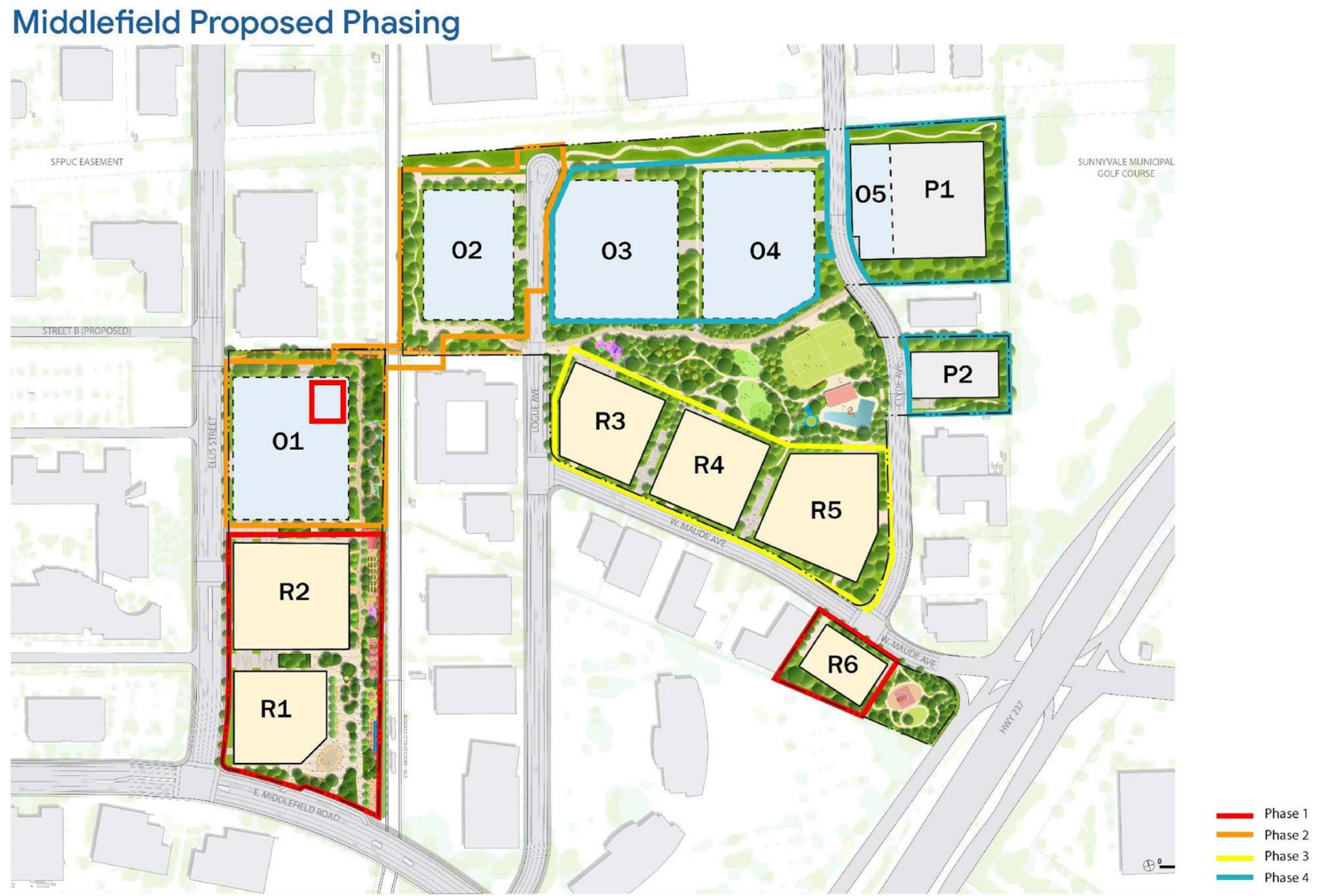 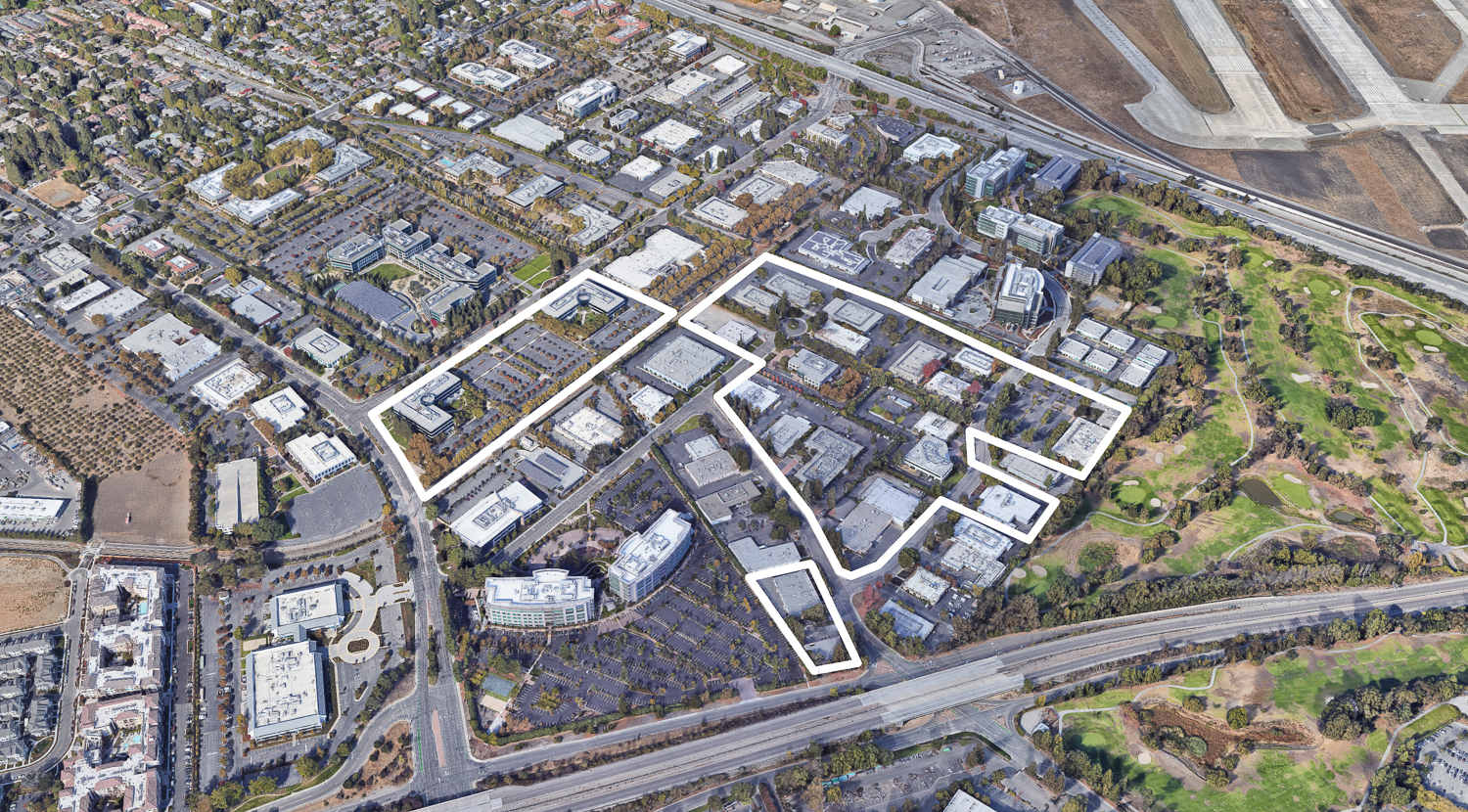 The project site is located by the VTA Middlefield Station, connecting future residents and employees to the rest of Silicon Valley via light rail, with a direct connection to a transfer with Caltrain by Mountain View’s urban core. For more information about Google’s Middlefield Park development, see our previous reporting here.