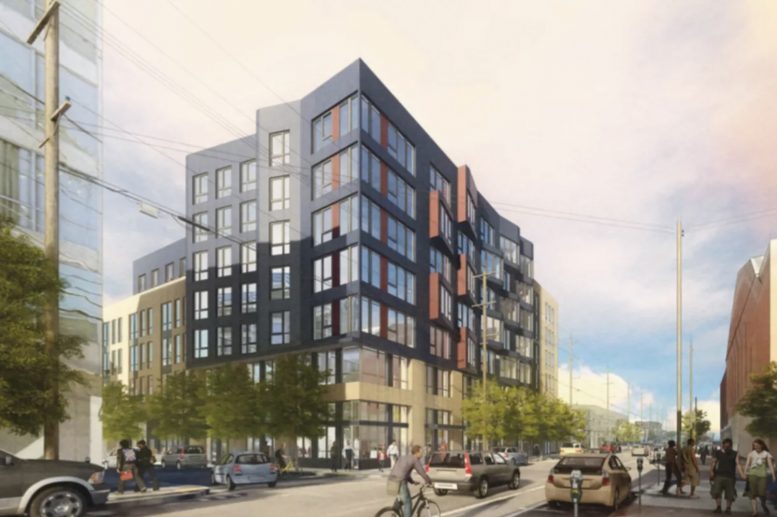 New building permits are filed for the mid-density residential project at 344 14th Street, on the north edge of the Mission District, San Francisco. The seven-story apartment block will add sixty new homes to the neighborhood, along with ground-floor retail. California-based Manouch Moshayedi of MX3 Ventures is responsible for the development after purchasing the parcel in 2015 for nearly $5 million.

The project was approved in July of 2019, allowing developers to move forward with plans to transform the surface parking lot for residential use. The project faced backlash and legal challenges, primarily from the Our Mission No Eviction group, using the dubious argument that development will lead to displacement. This permit signals that the project is one step closer to realization. 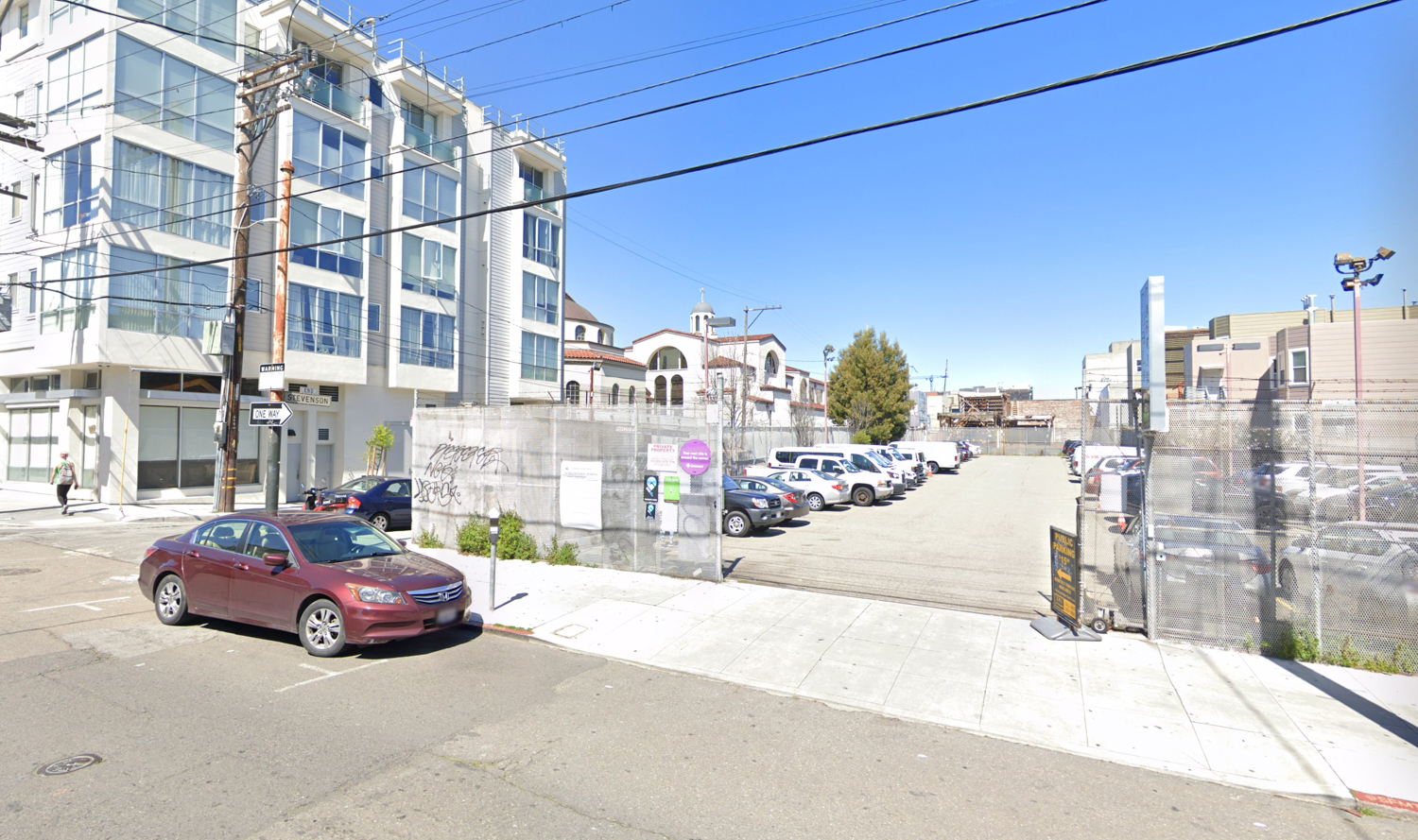 The project will rise 78 feet above street level, yielding an estimated 85,000 square feet. Among the 60 units, four will be studios, 17 will be one-bedroom, and 39 will be two-bedroom. Eight apartments are affordable housing. For transportation, the project makes space for 34 vehicles and 67 bicycles. The ground floor creates space for two shops across 5,890 square feet along 14th Street. 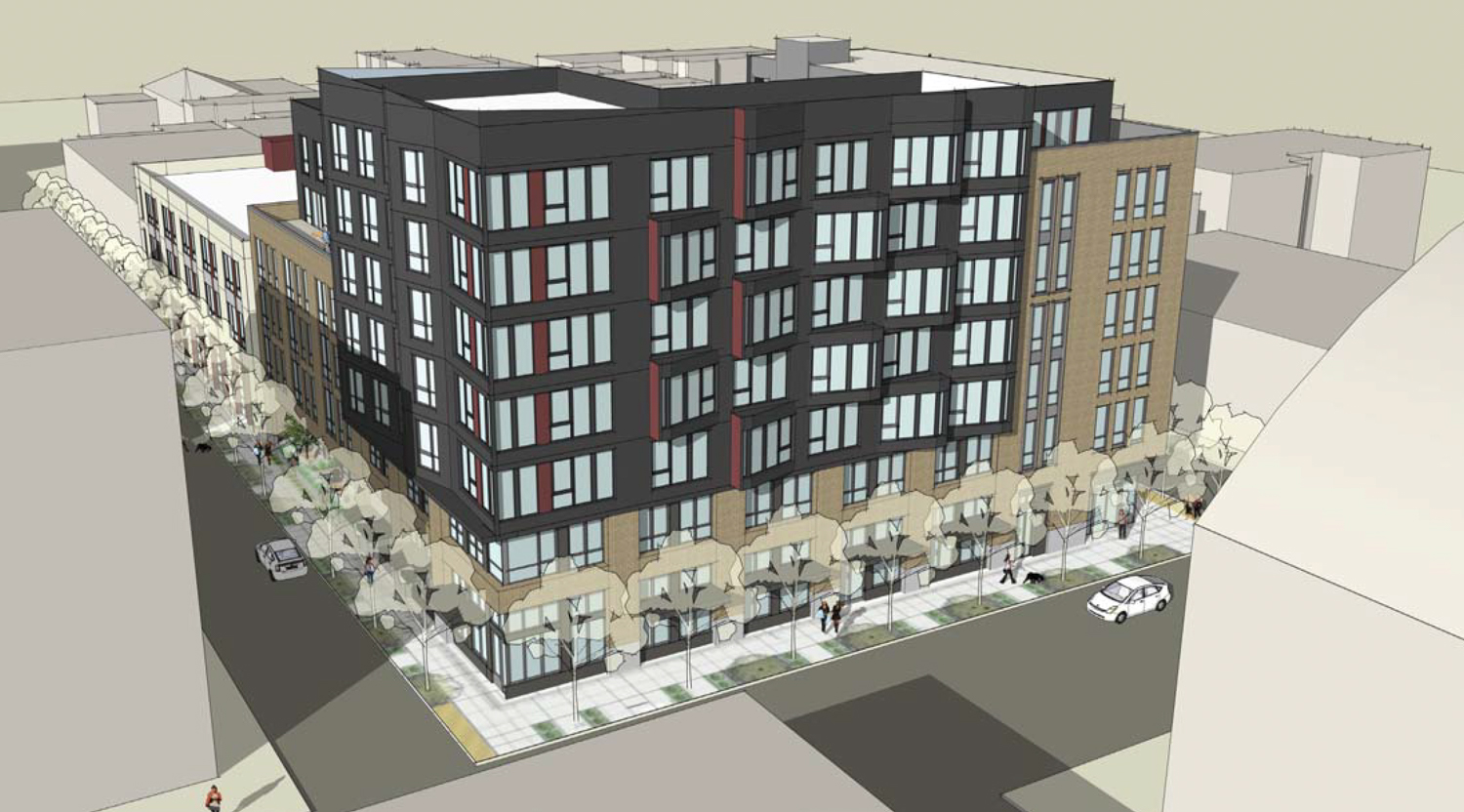 BAR Architects is responsible for the building’s design. The facade employs the typical architectural style approved by design boards. The project is split across three distinct forms distinguished by color. The most prominent volume, black with red accents, includes angled windows along 14th Street. 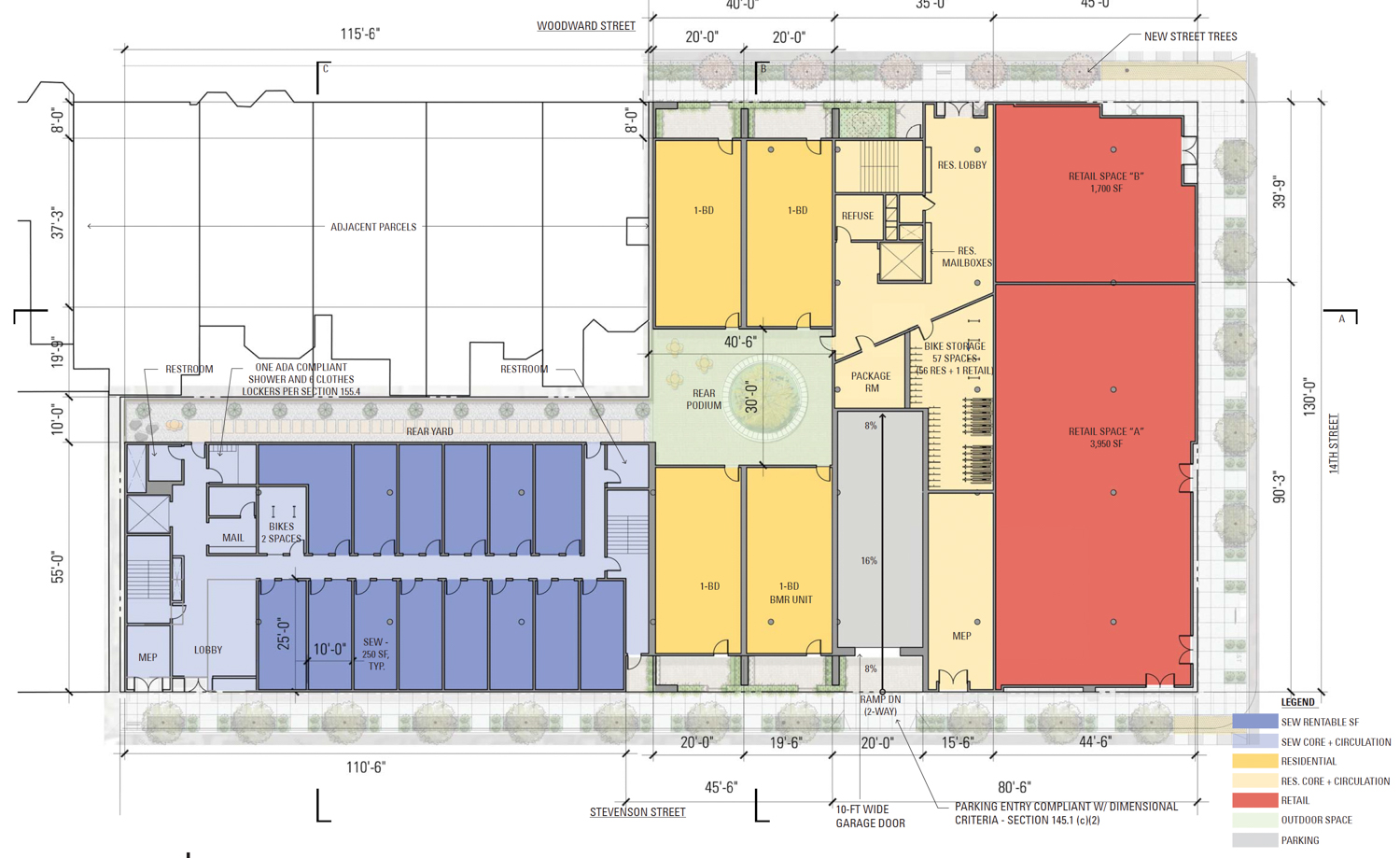 The project takes up the narrow block from Stevenson to Woodward Street, beside the Greek Orthodox Cathedral and the San Francisco Armory. MX3’s 344 14th would be among the taller projects in the area. It is not taller by much. The site is just a fifteen-minute from the central intersection of The Hub, a specially zoned district with several skyscrapers under construction or are soon to be.

With these new building permits filed, groundbreaking is ever closer on the horizon. An estimated completion date has not been announced, though construction is unlikely to last longer than two years. Construction is estimated to cost $30 million.