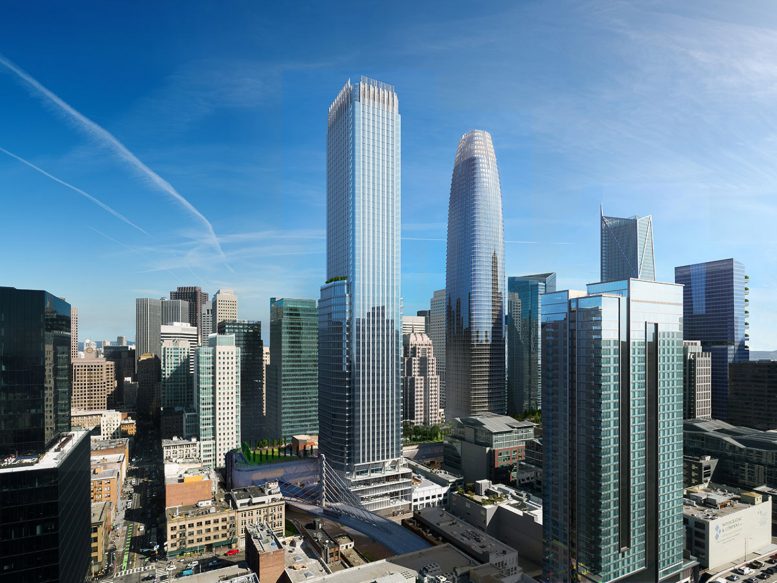 Across the Bay Area, an array of large and significant projects have been progressing in the background, or with semi-recent news from before, we started SF YIMBY last month. 550 Howard Street in SoMa is one such project, and it’s a big one. Its construction permits were approved In mid-January of this year, clearing the way for the fourth tallest skyscraper in the Bay Area. Once complete, it will stand beside the Transbay Terminal 800 feet tall, designed by the Salesforce Tower’s same firm, Pelli Clarke Pelli. 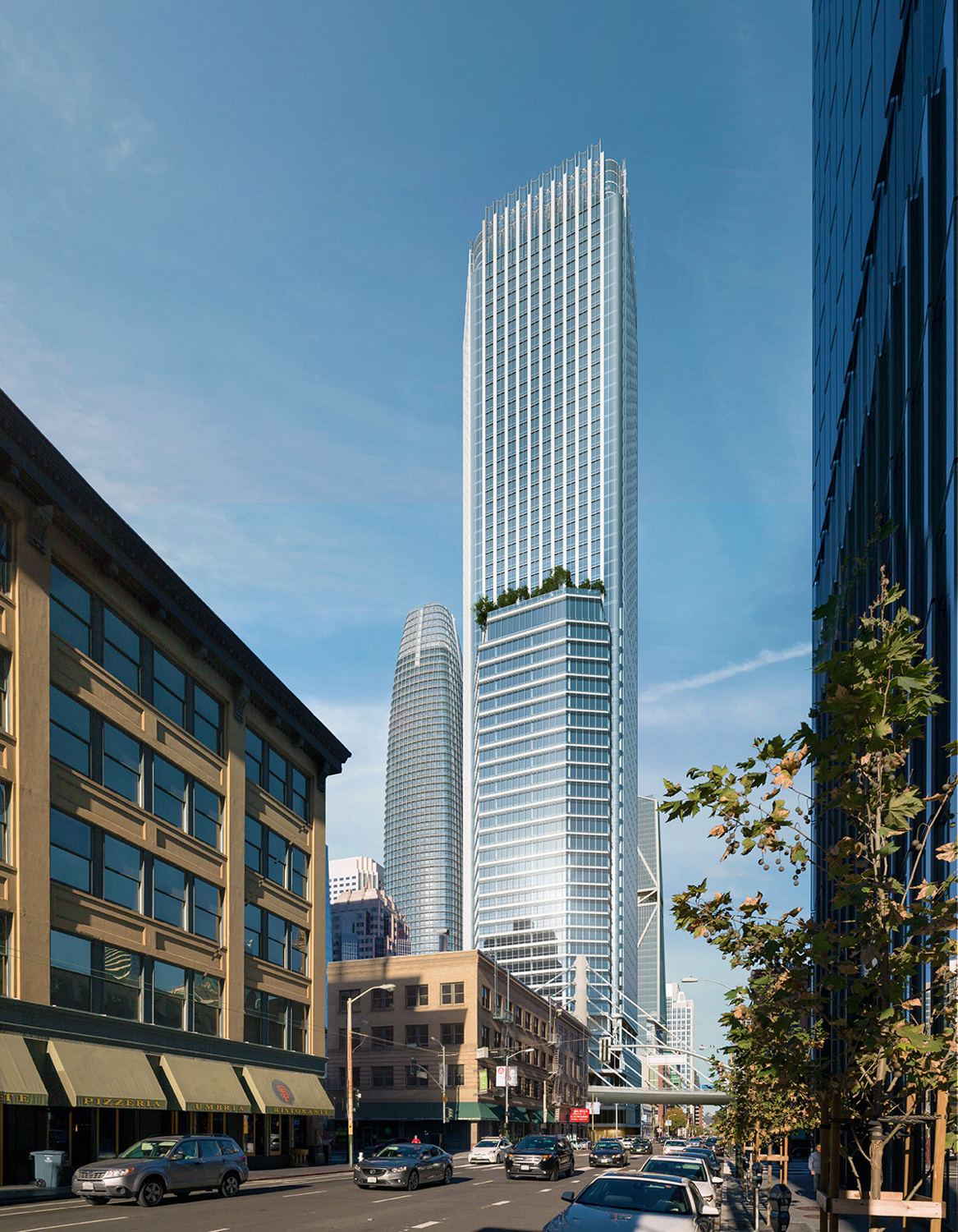 The development is spearheaded by developer and owner Hines, who has been working towards this project since 2016. Its height will bring it just shy of the 802′ 181 Fremont Street, followed by the 853′ Transamerica Pyramid, and its immediate neighbor, the 1,070′ Salesforce Tower. Sharing the same architect’s design, they share a little resemblance, with a sky-blue curtain wall facade and vertical stripes culminating at a white-hued peak. 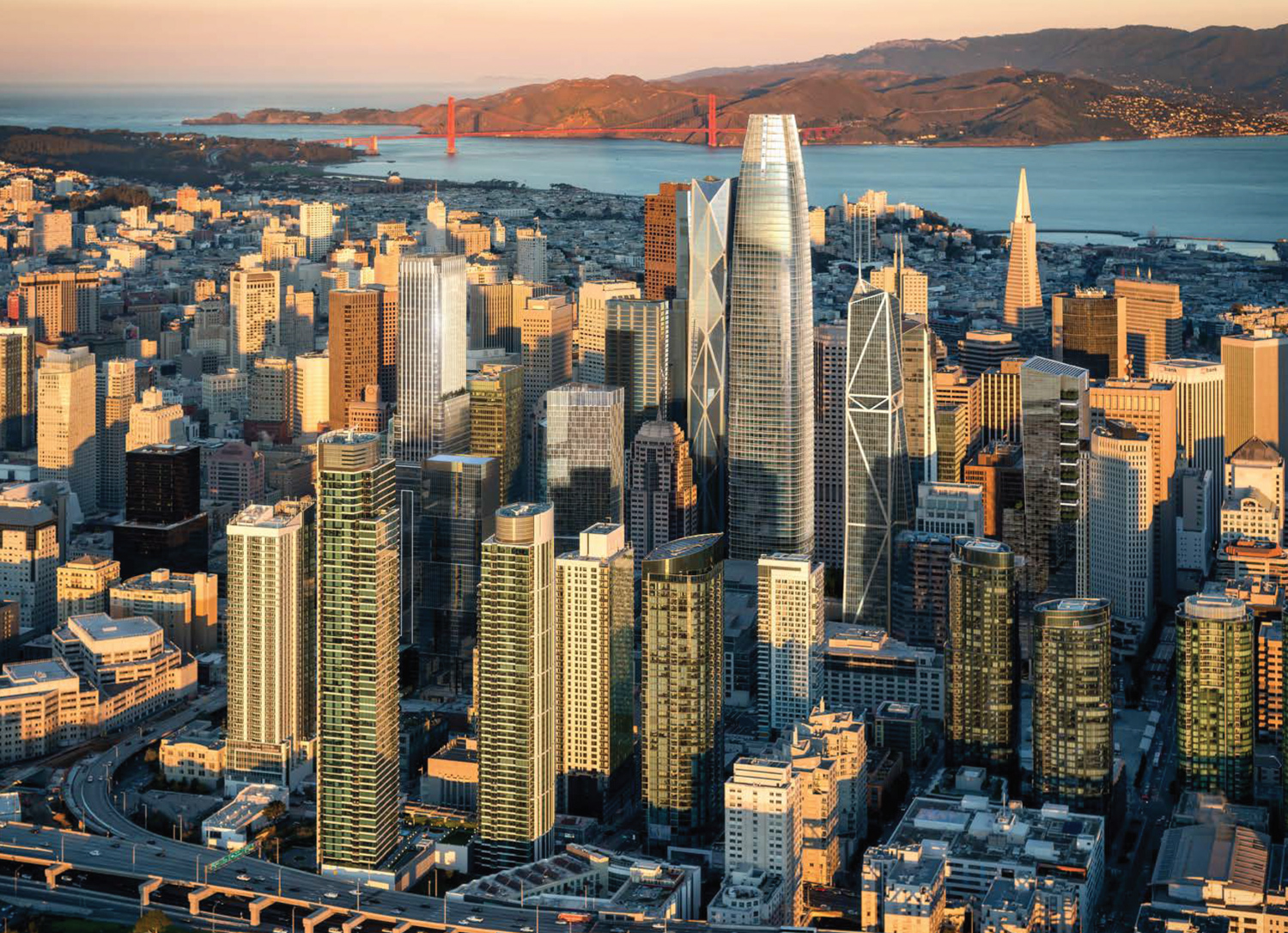 550 Howard Street seen below the left Golden Gate Bridge tower, with the the proposed Oceanwide Center seen behind the Salesforce Building, rendering by SteelBlue 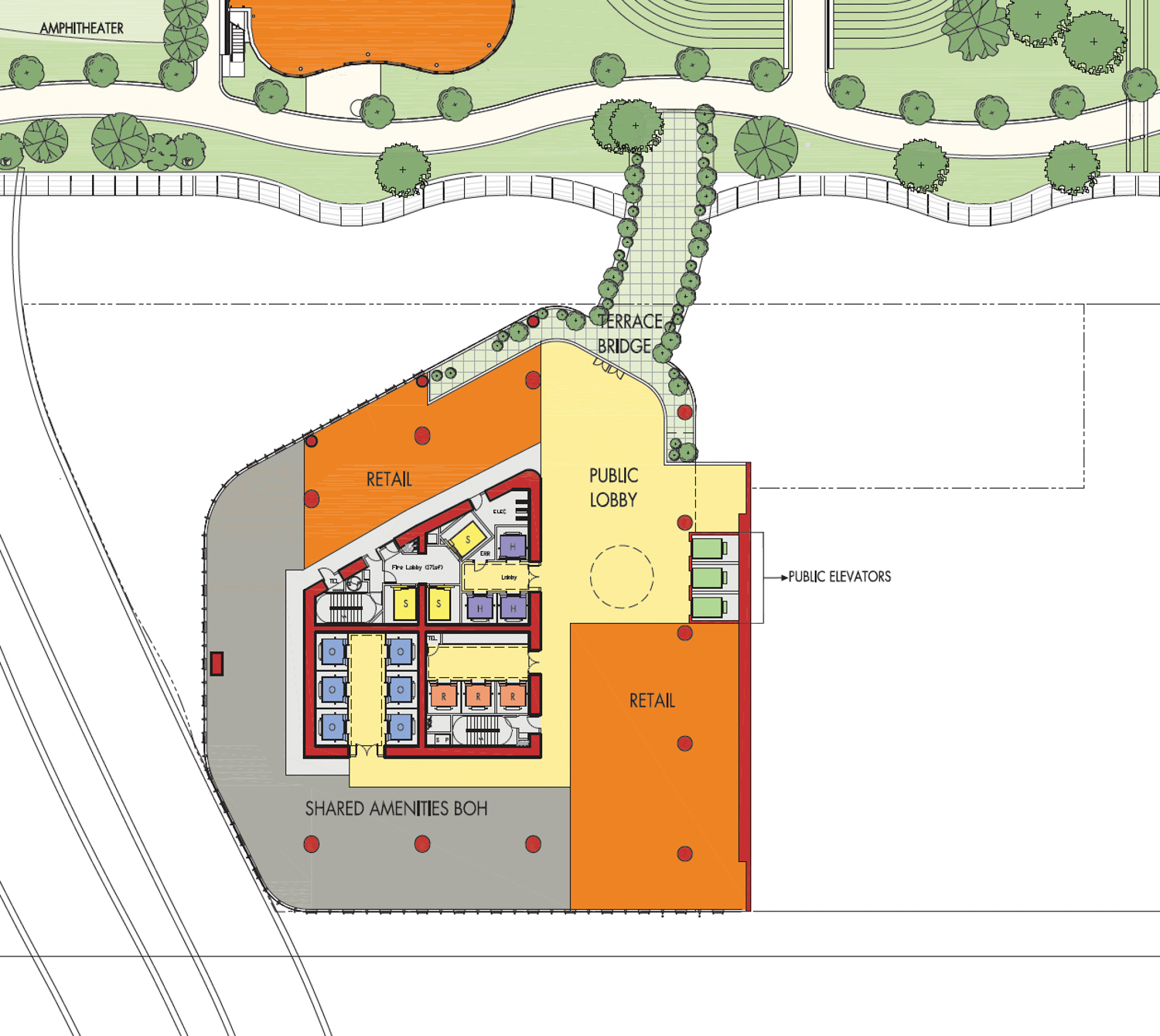 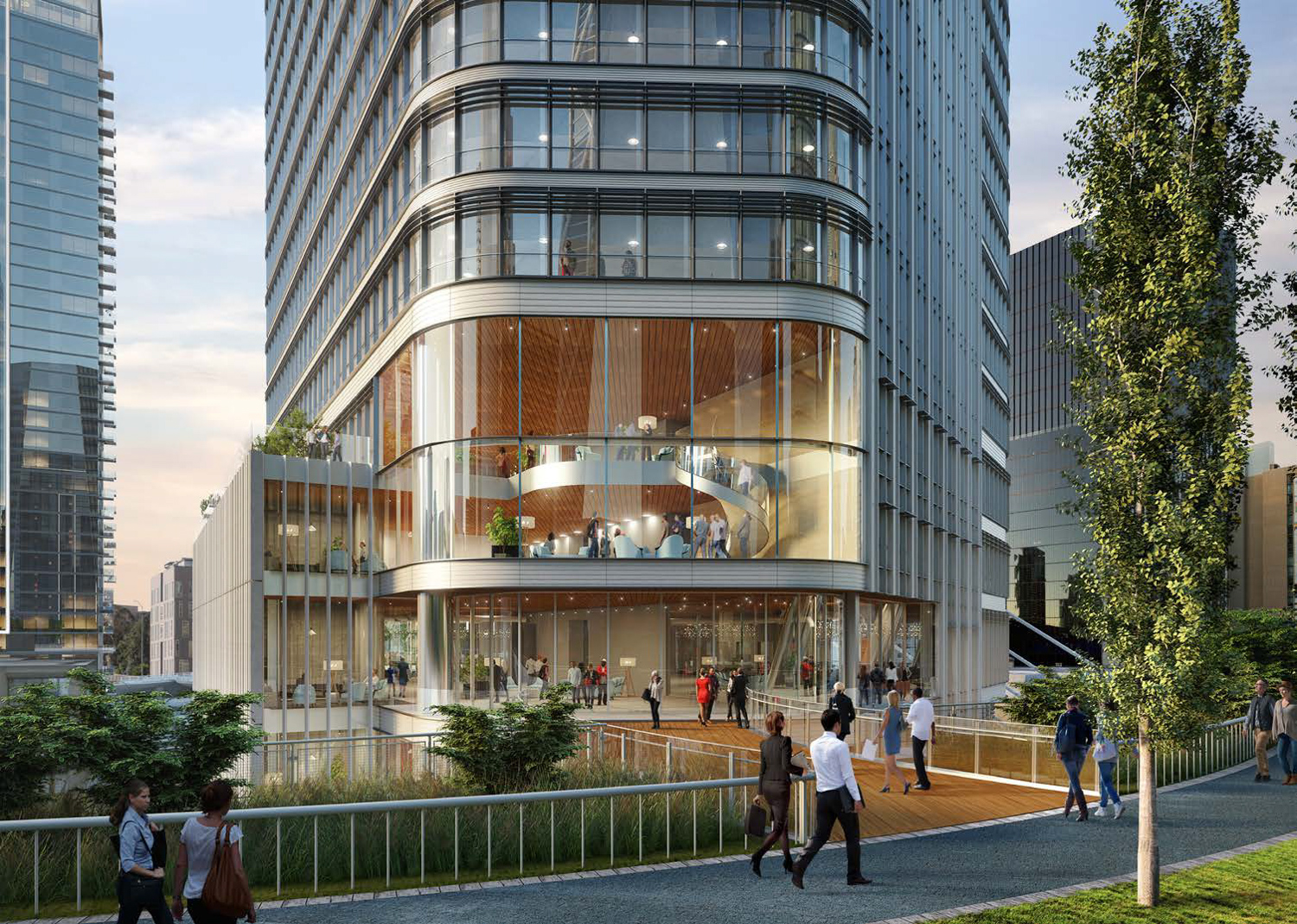 Visitors of the building will find public elevators going to the fifth floor, where there will be some retail shops and a bridge connecting the building with the Transbay Transit Center’s blocks-long rooftop park. 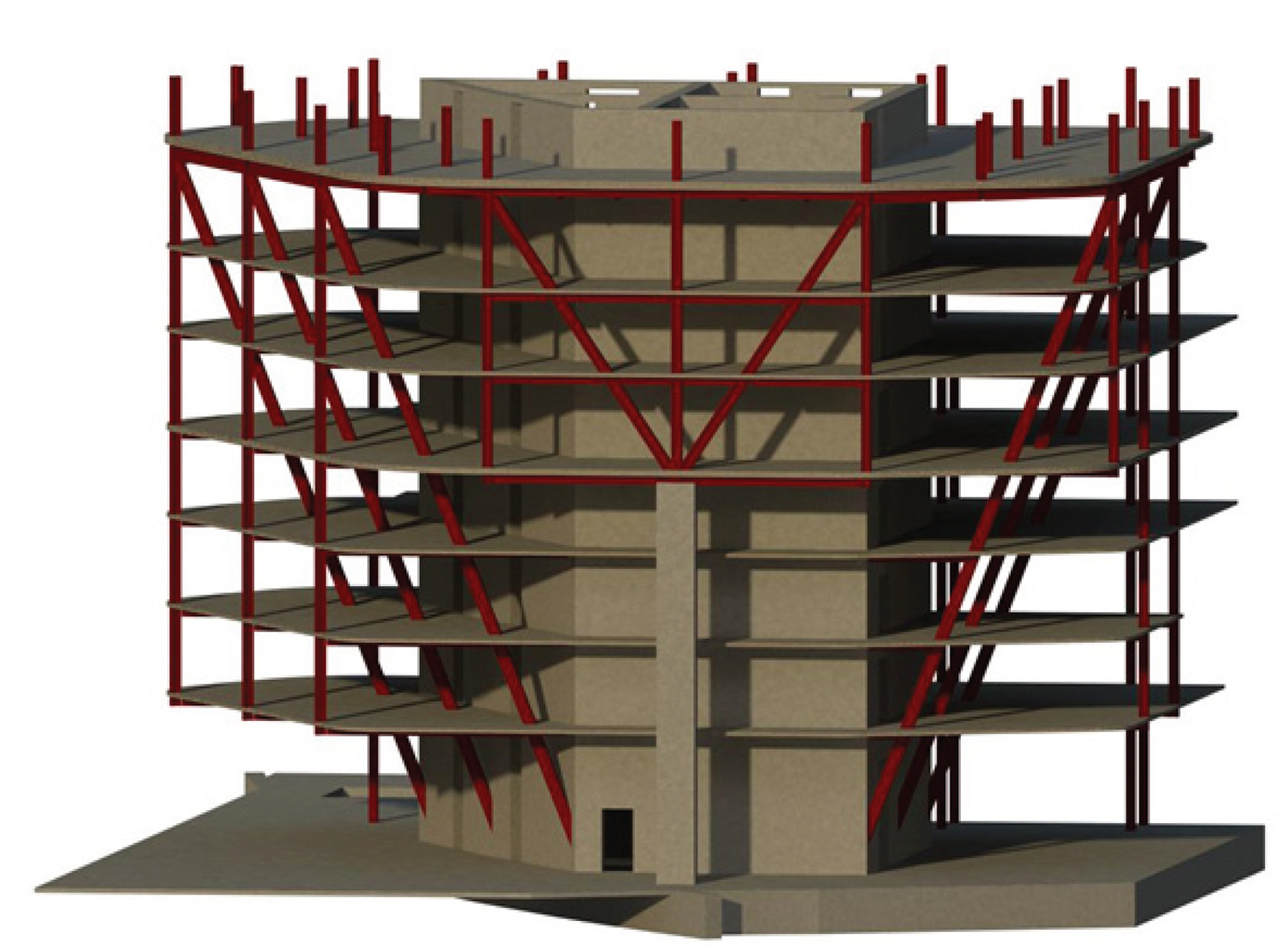 Magnusson Klemencic Associates are responsible for the structural system. The firm says they use an unusual weight balancing condition across the bottom eight levels at 550 Howard to minimize horizontal force on the building’s core. Regarding earthquake preparation, they describe the structure as being composed of a ‘non-prescriptive seismic design with a ductile shear wall core.’ 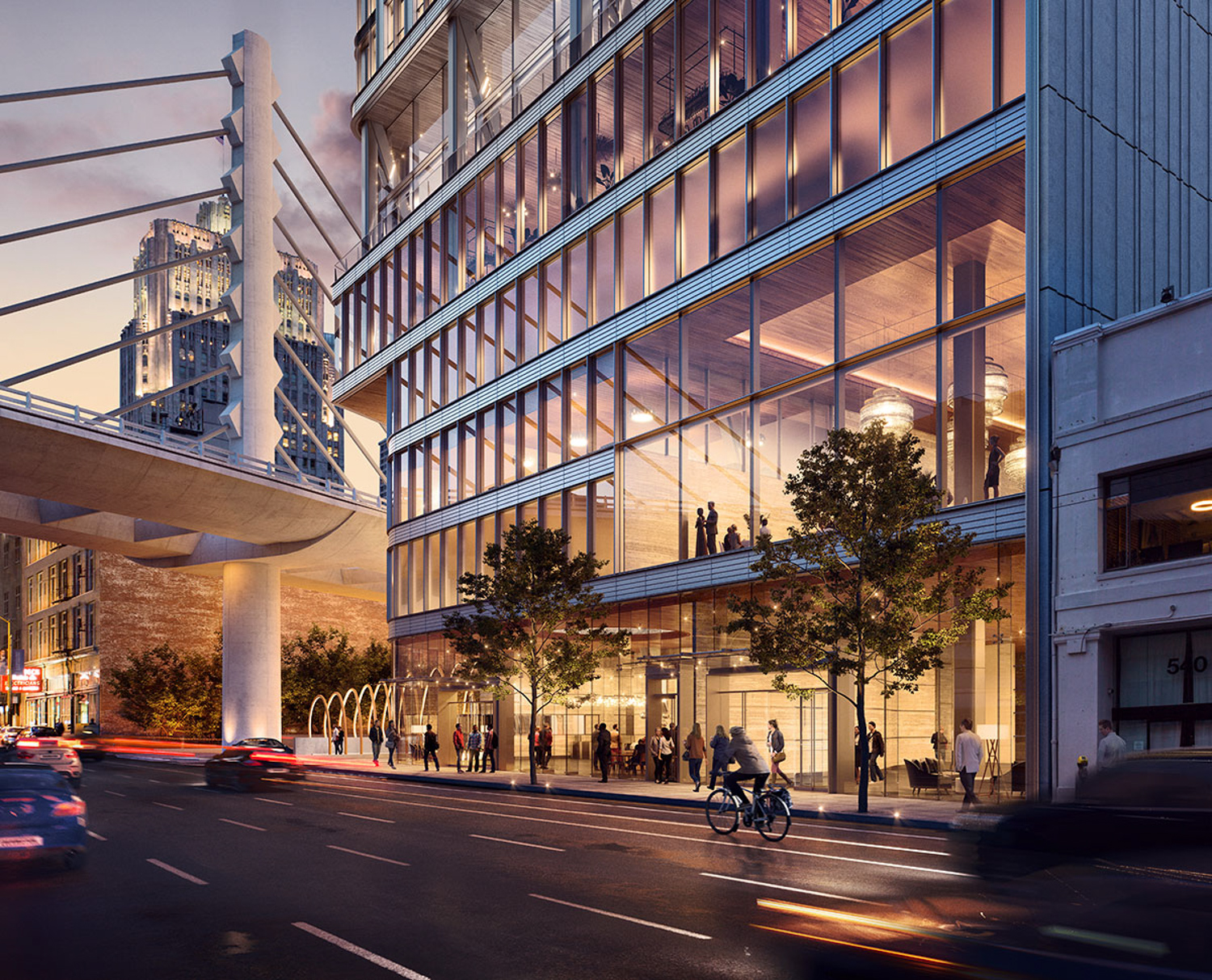 They go on to write, “the tower columns and core walls will be founded on large diameter drilled shafts into the Franciscan Bedrock. Beneath the core, a thick mat foundation will distribute the wall loads to the drilled shafts and minimize differential settlement. Beyond the core, a thinner mat will resist hydrostatic uplift forces.” 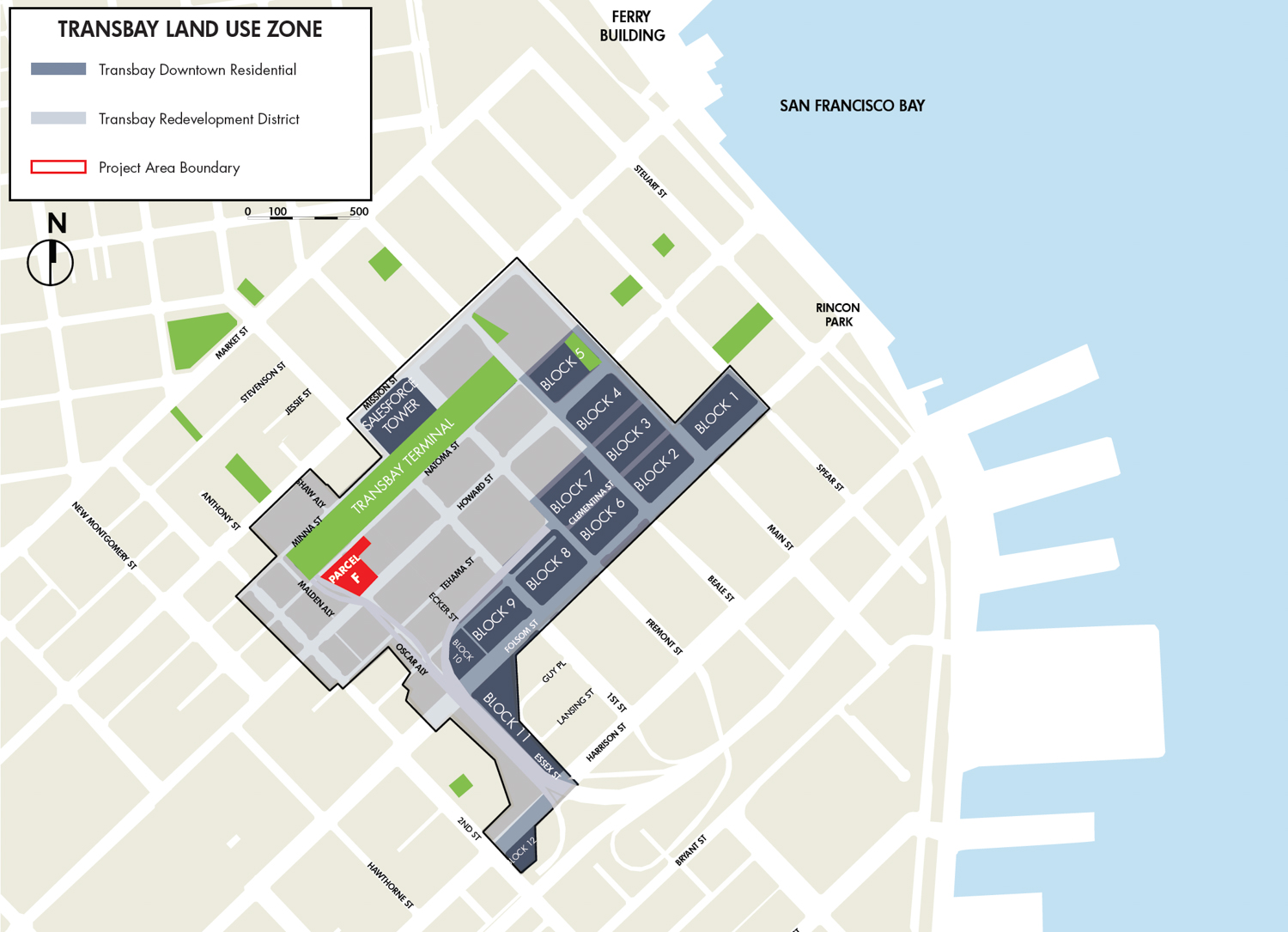 Some activity has been reported on-site, though the exact nature is unclear. The expected completion date is not precise yet, though it can be expected three to four years after groundbreaking.