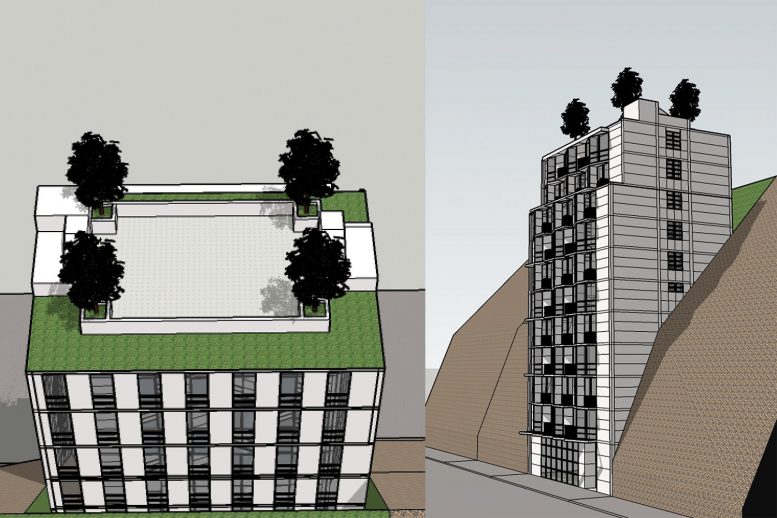 Permits have been filed for an eleven-story mixed-use building on a cliffside at 1235 Sansome Street, North Beach, San Francisco. The structure will include two areas for commercial use on the first and sixth floors. The residential areas will be purpose-built for co-living. With twelve beds across nine apartments, the project would offer housing for as many as 84 tenants. The Nevada-based Applied Tungstenite Corporation owns the project. 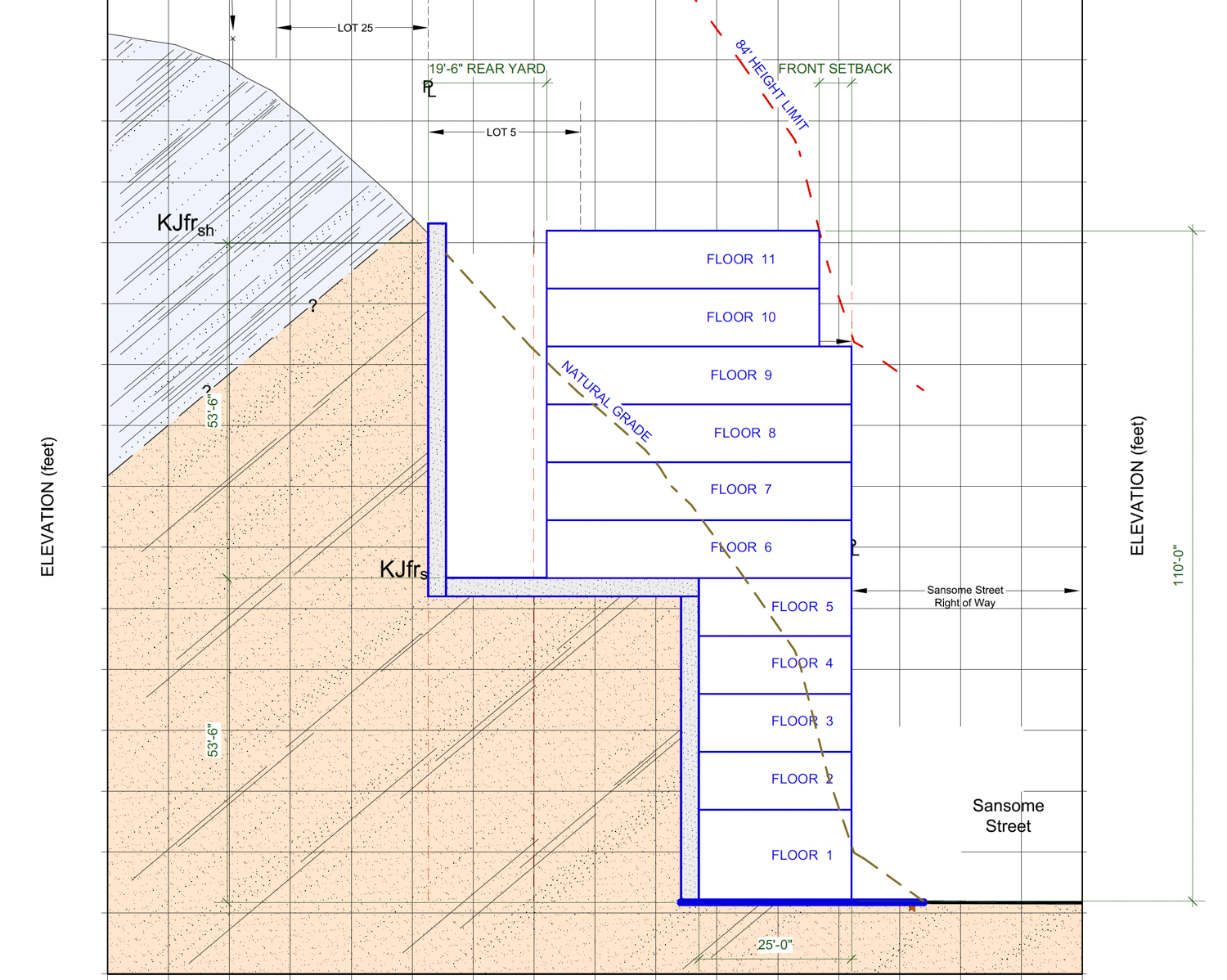 The unique grading has allowed the building to rise as high as it does. The area’s 84-foot height limit is based on the height from natural grade, rather than a building’s height from the ground floor to peak. A setback terrace on the tenth floor allowed the building to rise up to 110 feet above street level. Each of the nine residential apartments has twelve bedrooms and a shared living and kitchen space. A total of 20,690 square feet is for residential use, with another 2,850 square feet for commercial tenants. 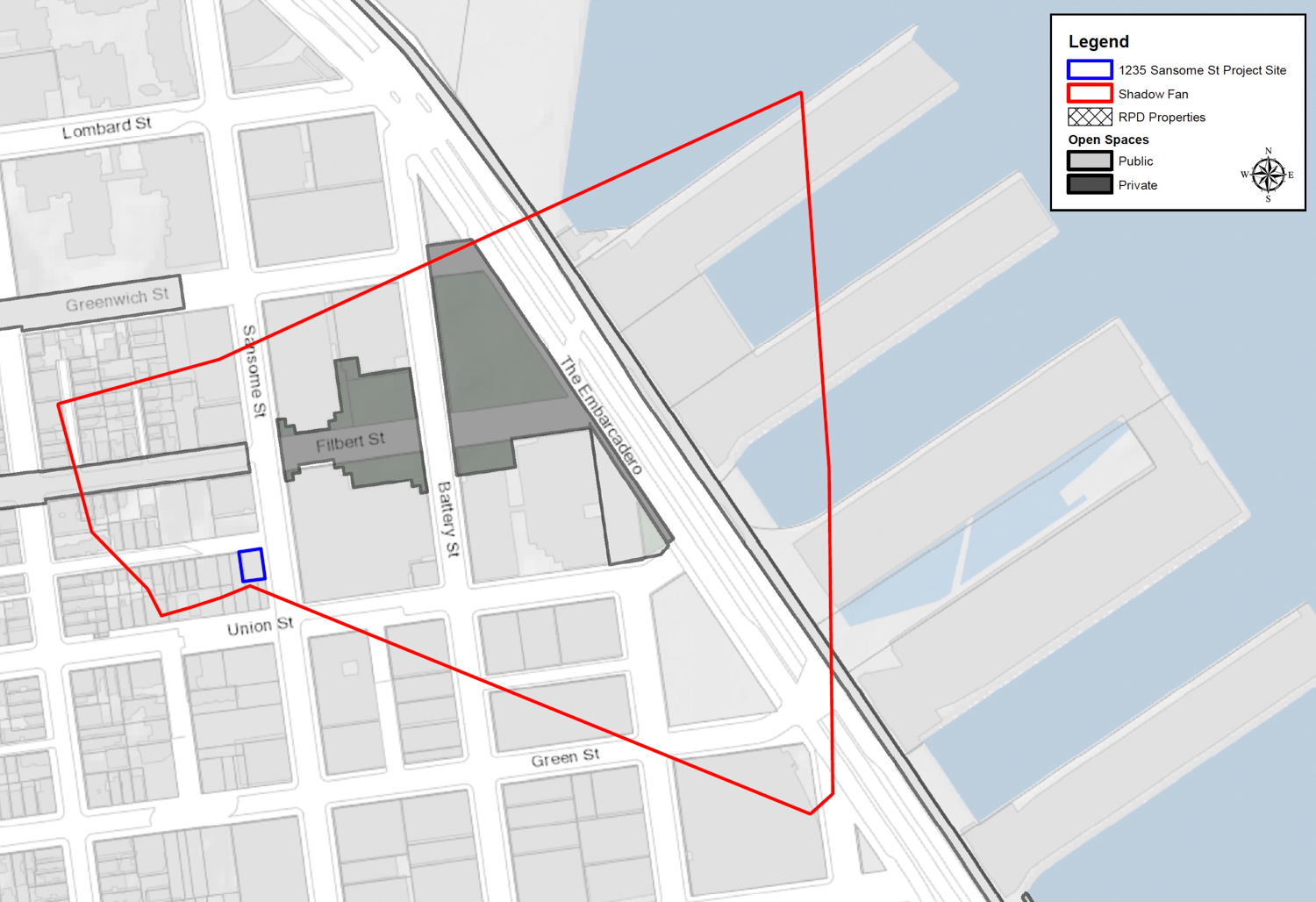 The development is just two blocks away from the Embarcadero light rail transit. Those commuting would pass through a public courtyard and Levi’s Plaza Park and find the new Exploratorium just three blocks by foot. Much of the city’s central business district can be reached in around twenty minutes by foot, with more speedy bus commutes shaving time off the top. 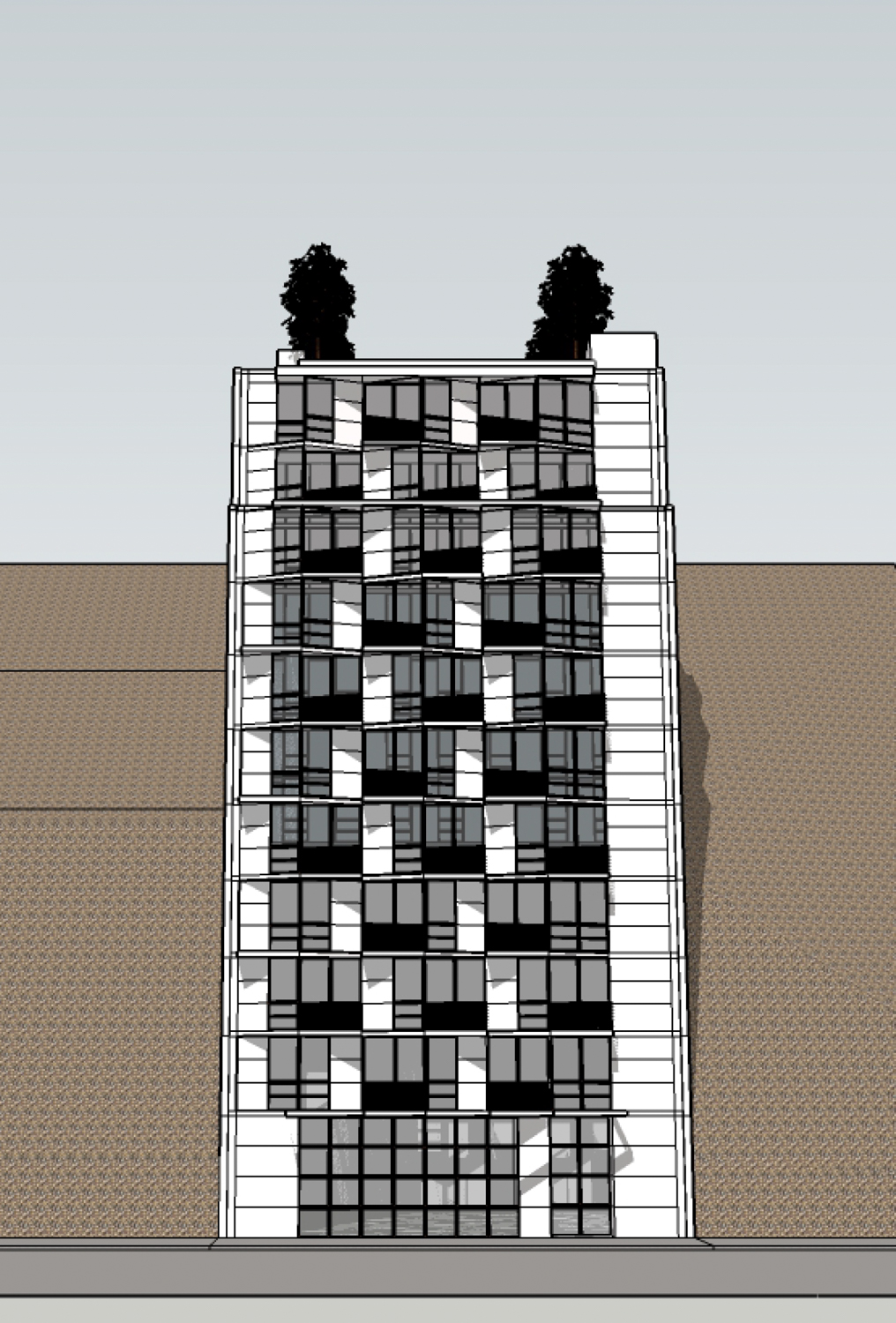 E.E. Weiss Architects is responsible for the design. The design will reflect a typical infill tower, meaning a focus on interior comfort and minimal experimentation on the facade, making the angled windows all the more unique and likely appreciated by future residents.

An estimated completion date has not been announced. The development is expected to cost $5 million, with the existing unexcavated parcel assessed to have a market value of $13,490.

Be the first to comment on "Cliff-side Permits Filed for 1235 Sansome Street, North Beach, San Francisco"