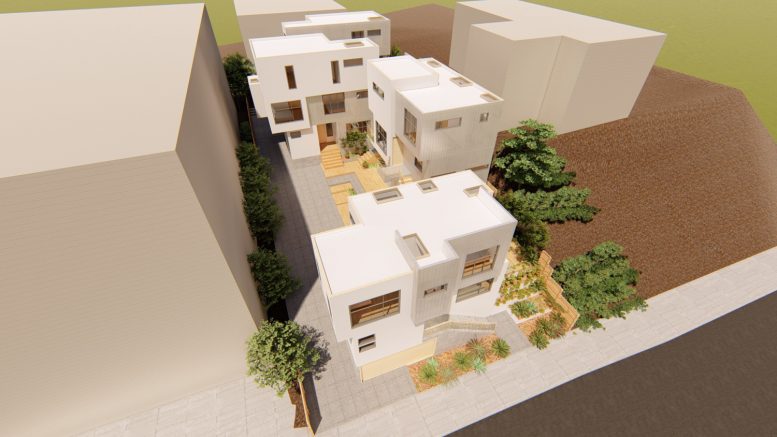 New building permits have been filed to construct four single-unit structures at 3559-3589 Coolidge Avenue, located in Oakland’s Dimond District. The project was approved in 2018, at which time the previous owners sold the entitlement for nearly half a million dollars. Planning permits were filed in 2019 for a three-unit plan by Ripple Ideas LLC, but the filing remains incomplete, and the new building applications show the four-unit plan moving forward. 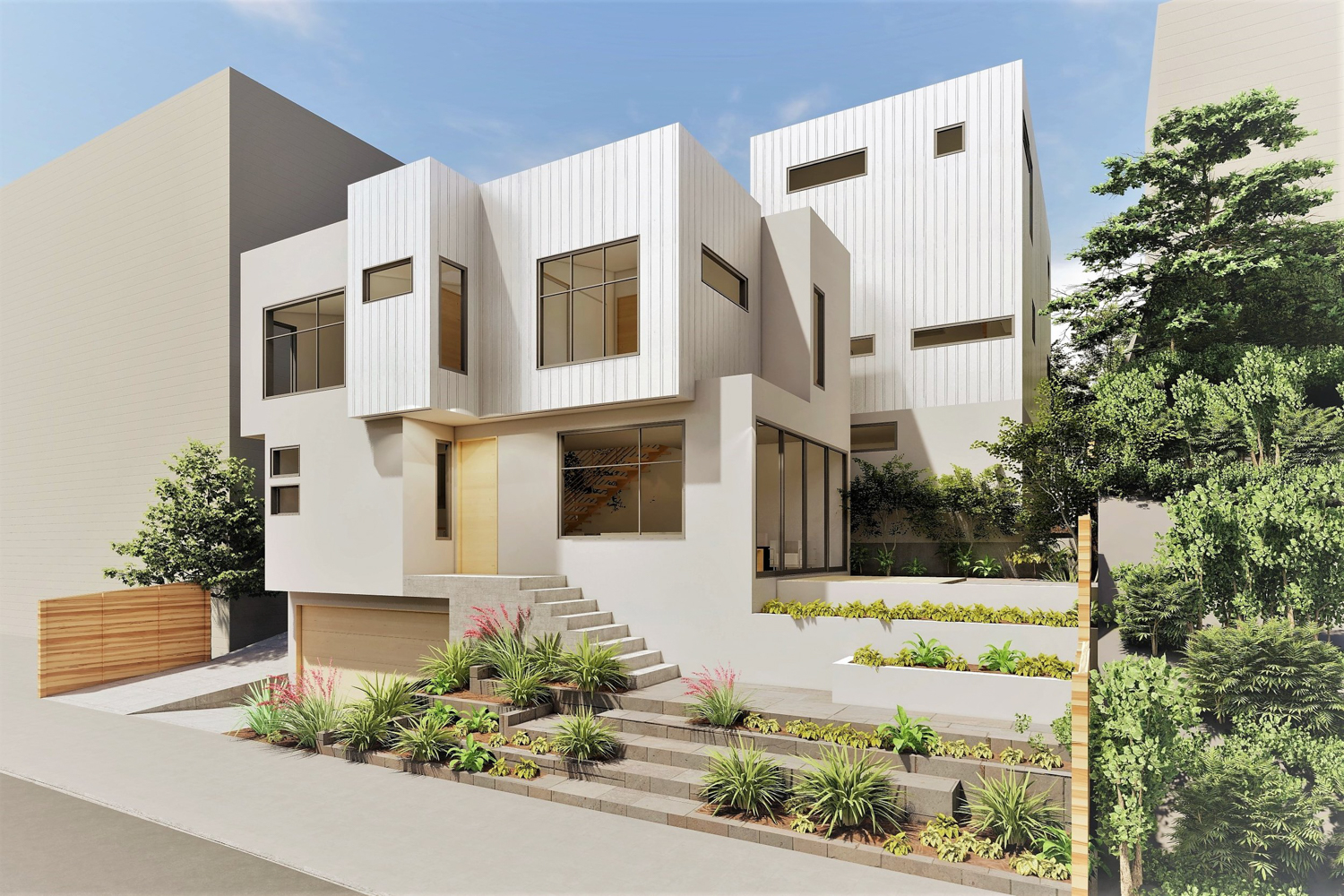 The four units will rise three floors each, yielding a combined 6,950 square feet. The structure furthest from the street, labeled the purple house, is the largest and most expensive at $850,000 for 1,900 square feet. Residents will have three bedrooms and three baths, a master suite terrace, parking space, a private backyard, and an available portion of land for adding a garage or ADU. 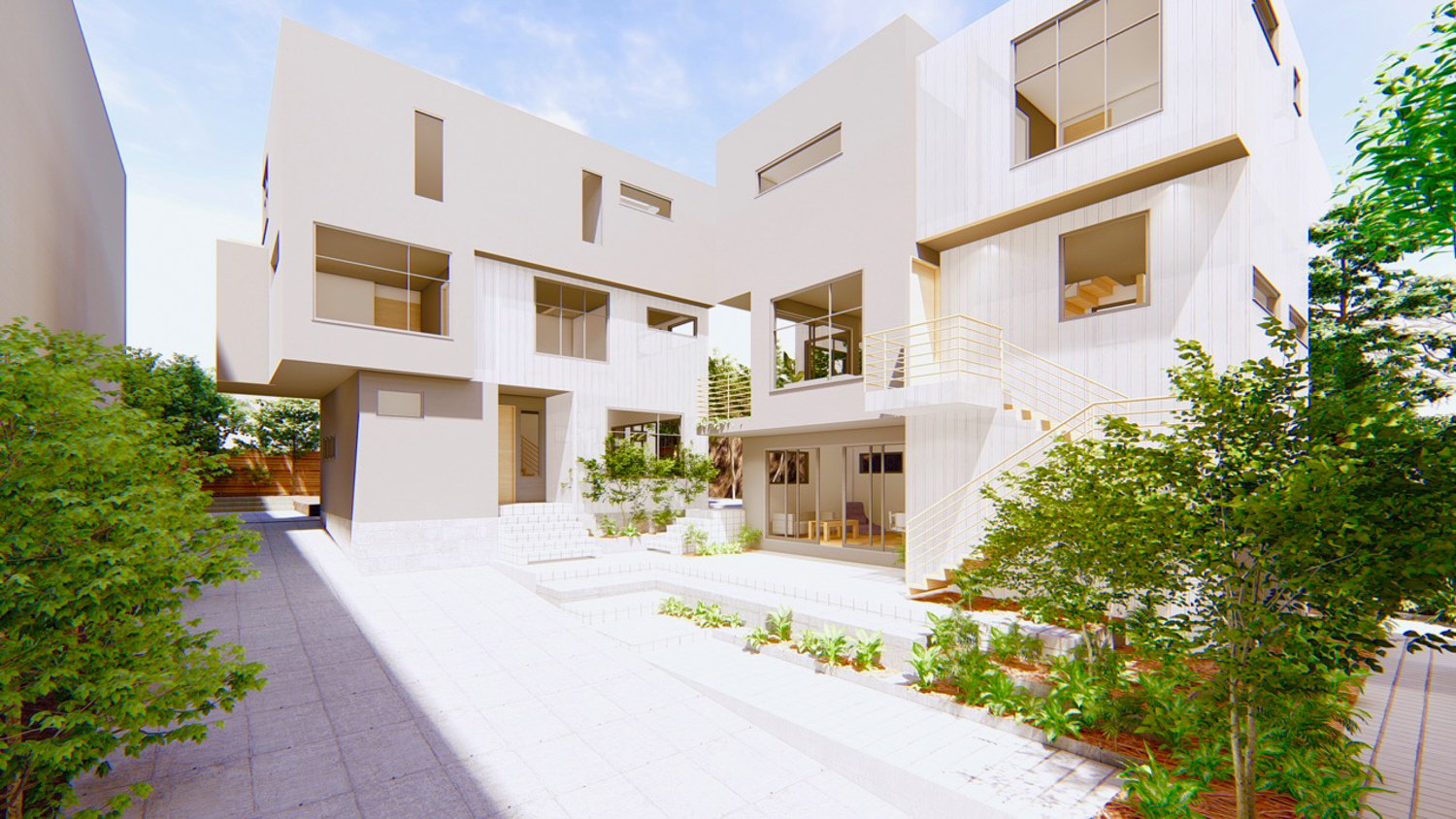 Baran Studio Architecture is responsible for the four-structure proposal. Inside the parcel, the front three structures look inward to a shared central courtyard. The residents will have a communal area with stone pavers and landscaping. The contemporary design embodies the articulation often seen in new construction and utilized on a small scale to make unique floor plates. 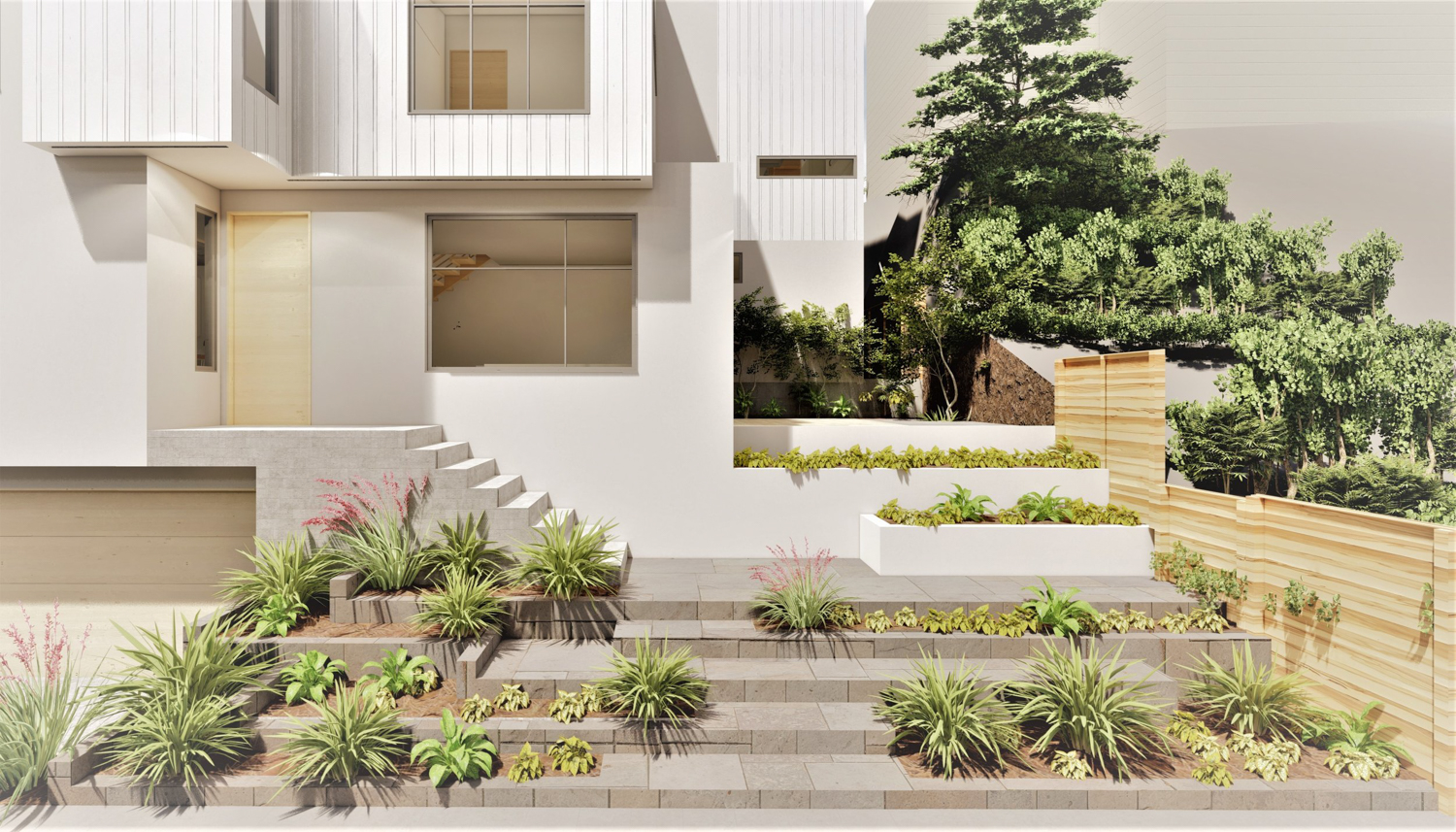 An estimated completion date has not yet been announced, though construction can be expected to last 18-24 months from groundbreaking to move-in. Permit estimates show the project will cost around $1.7 million to build, while housing value is expected to reach $3.24 million.

3559-3589 Coolidge Avenue color labling, with the street on the right side, rendering via Coolidge Commons website

The project is near the retail-lined MacArthur Boulevard, parallel with I-580 and close to the destination intersection with Fruitvale Avenue. The Fruitvale BART station is eight minutes away by car, and just over twenty minutes by AC Transit buses.

Be the first to comment on "Renderings Revealed for 3559-3589 Coolidge Avenue, Dimond District, Oakland"