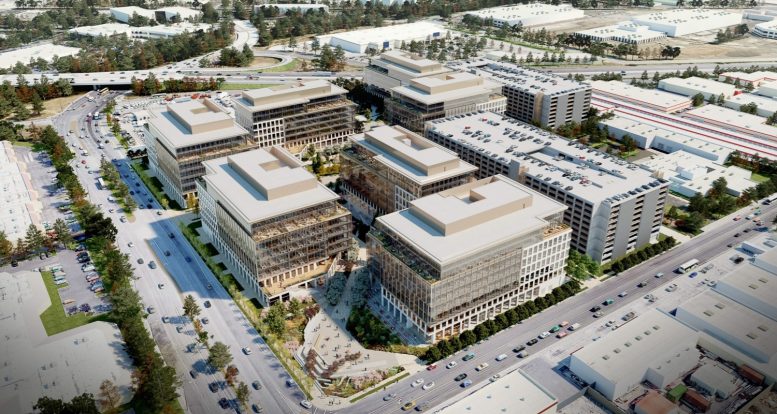 Plans for a high-density seven-building office development are currently under review for 550 East Brokaw Road in North San Jose. The proposal will create approximately two million square feet of office space and about 858,000 square feet of parking area on-site, tripling the existing built area. Bay West Development is responsible for the proposal. 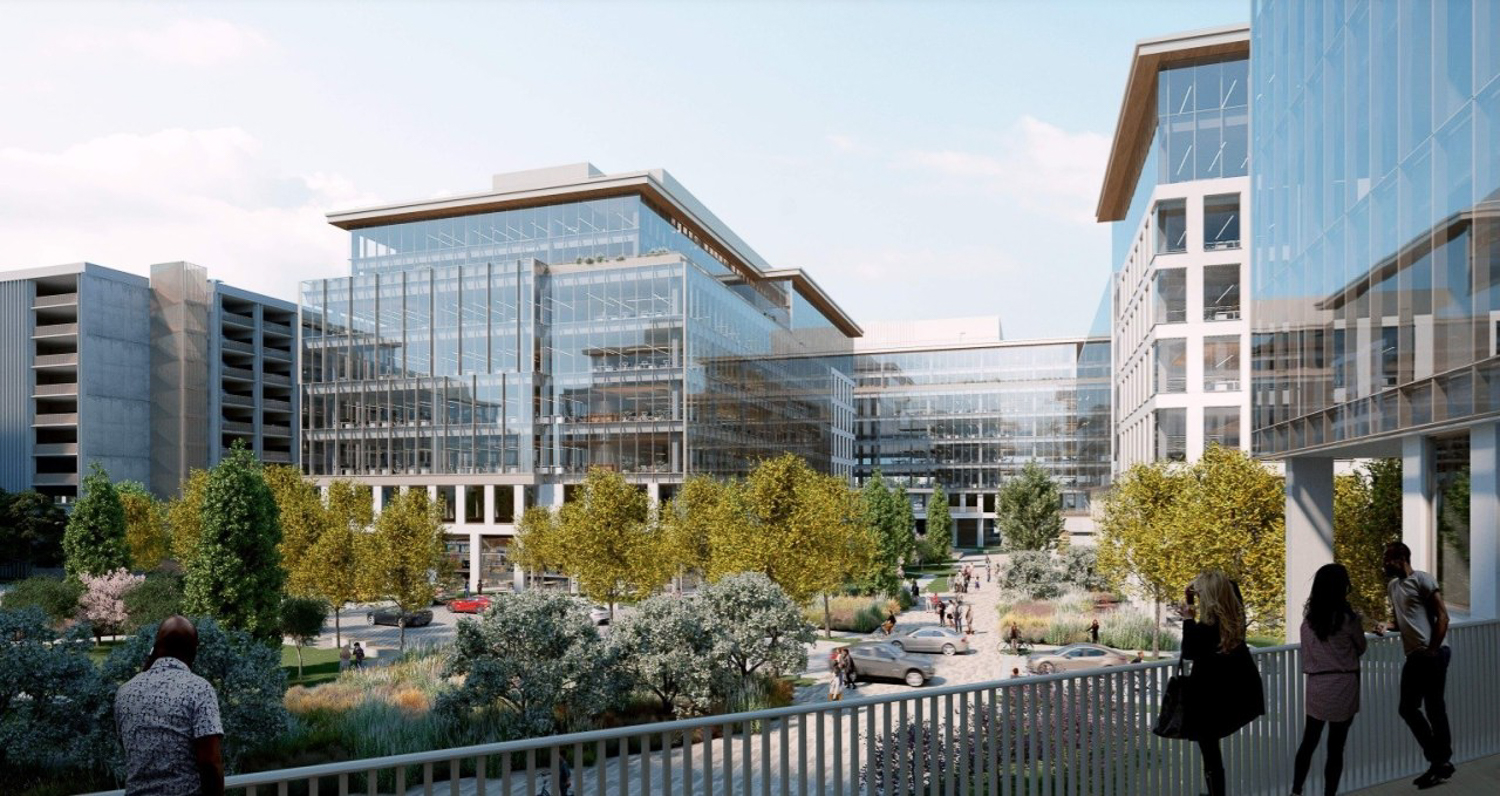 Each office building will rise eight floors to an approximate height of 90-100 feet above street level. The structures will be asymmetrically aligned, cloistering around a landscaped pathway with shading and seating. The path leads from East Brokaw and Junction Avenue’s intersection towards a larger central plaza, which will serve as the site’s visual focal point. Office buildings will feature landscaped balconies with seating to overlook this plaza. 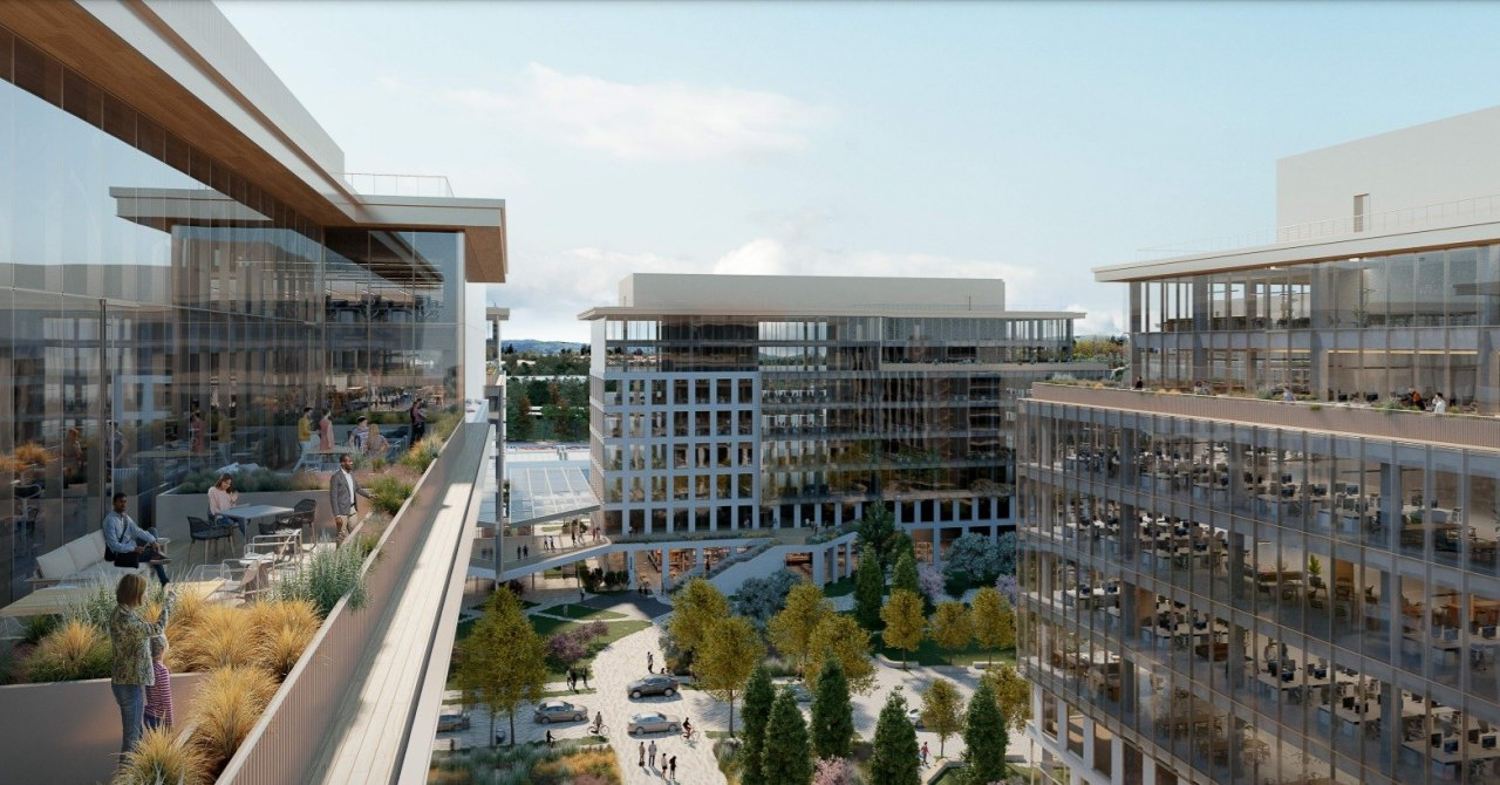 The 858,000 square feet of parking is roughly equal to the built area of the existing 858,190 square foot commercial building occupied by Fry’s Electronics. The structure features a pastiche of the Chichen Itza temple around the entrance and the store’s ‘Mayan Temple’ theme. This comes as just one of many postmodern interpretations of themes decorating the 27 other Fry Electronics locations across the country. 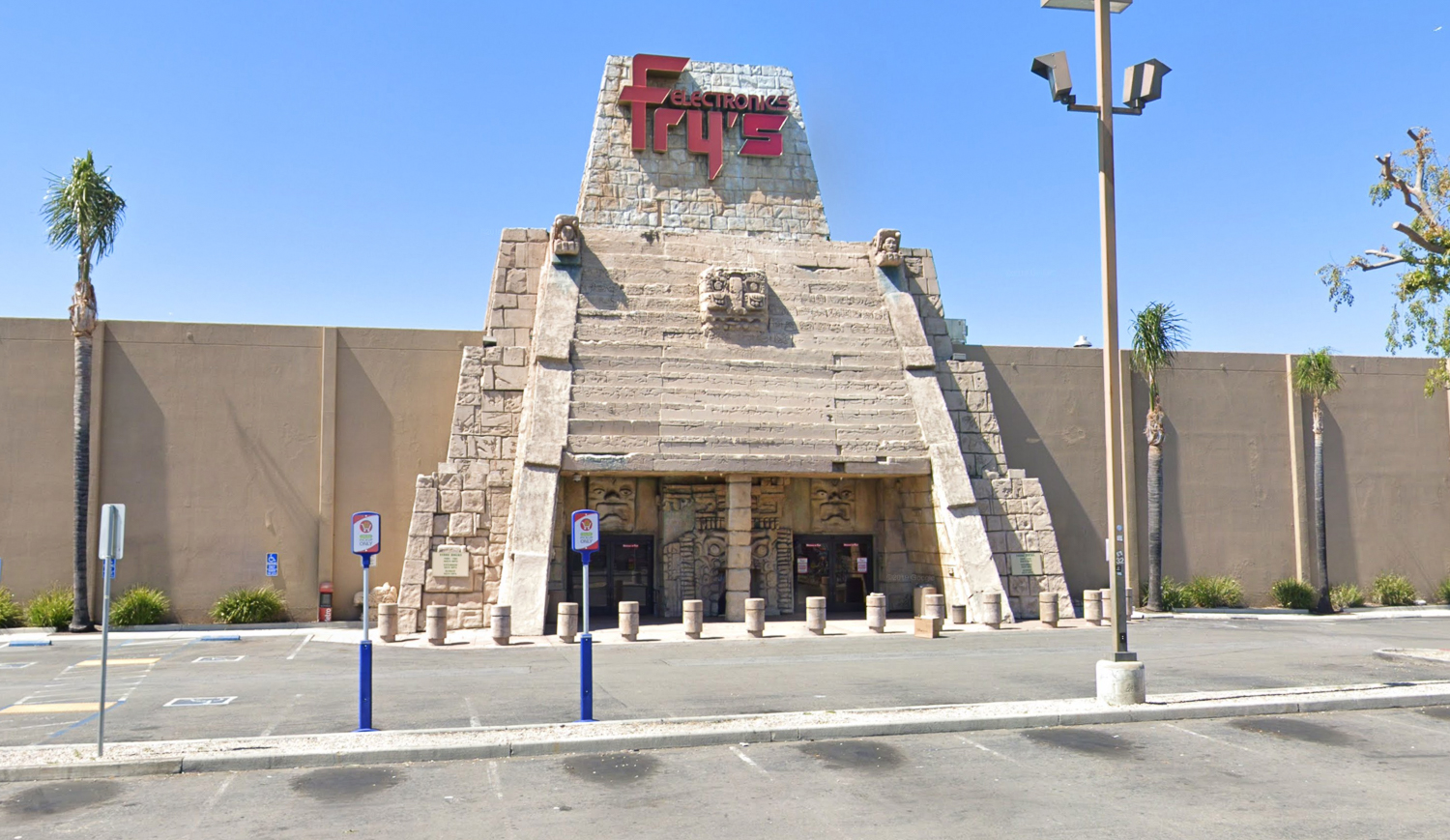 News about recently filed development documents has been announced by George Avalos of the Bay Area News Group. SFYIMBY has contacted Bay West Development and Gensler and has yet to receive a response. Details about the documents have not been independently verified. Avalos reports that the construction will be separated into three or four phases. 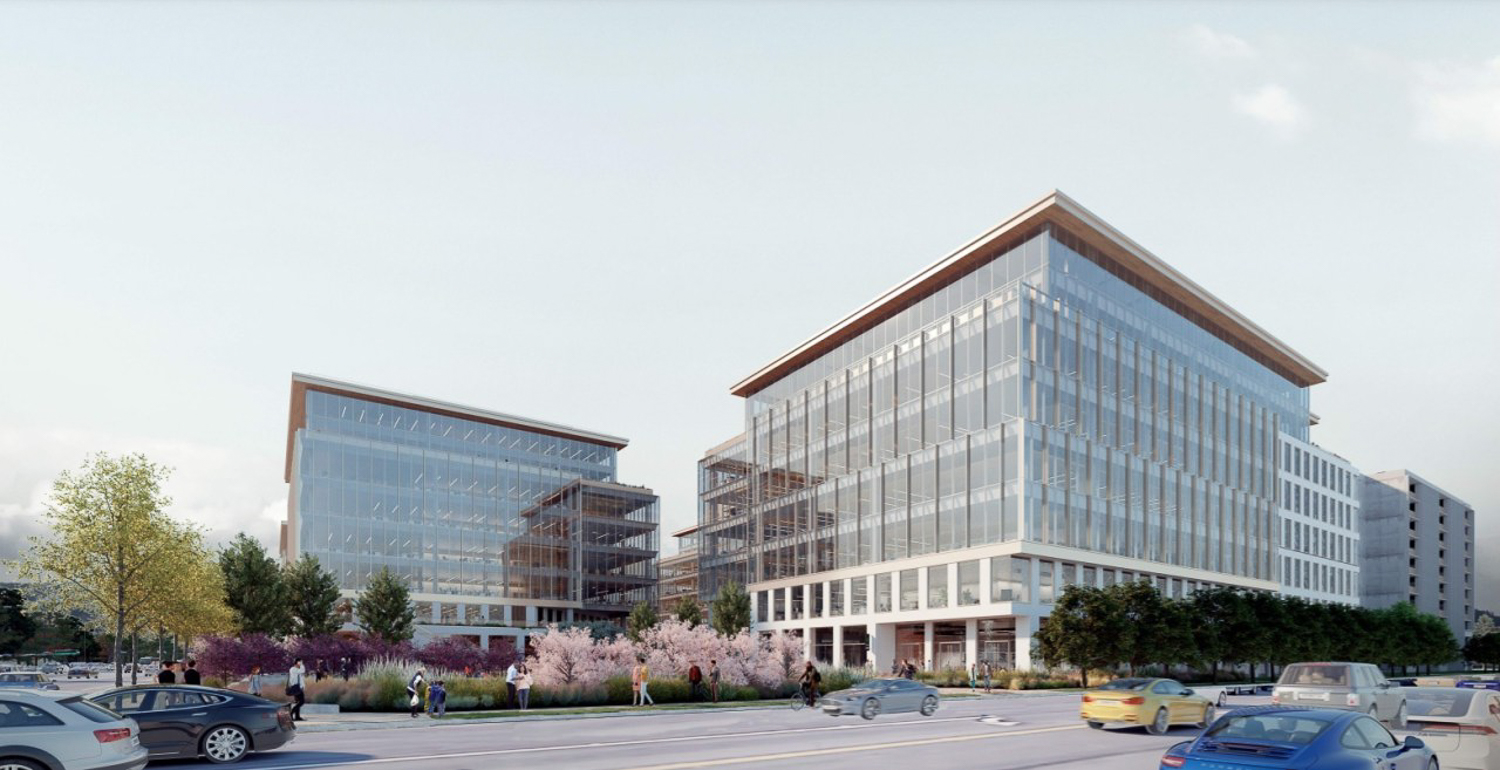 550 East Brokaw Road at the intersection with Junction Avenue, conceptual rendering by Gensler

The property is adjacent to the East Brokaw entrance and exit for I-880. San Jose’s International Airport is six minutes away by car. The city’s light rail has a stop at the Karina Court Station, just under a mile away, or six minutes on a bicycle. An estimated schedule for construction has not been announced.

UPDATE: Fry’s Electronic has announced it is to permanently close all physical locations and ceasing operations [SF Chronicle]. There are five other Fry’s locations across the Bay Area; Campbell, Concord, Fremont, Palo Alto, and Sunnyvale.

Be the first to comment on "Development Permits Under Review for 550 East Brokaw Road, North San Jose"