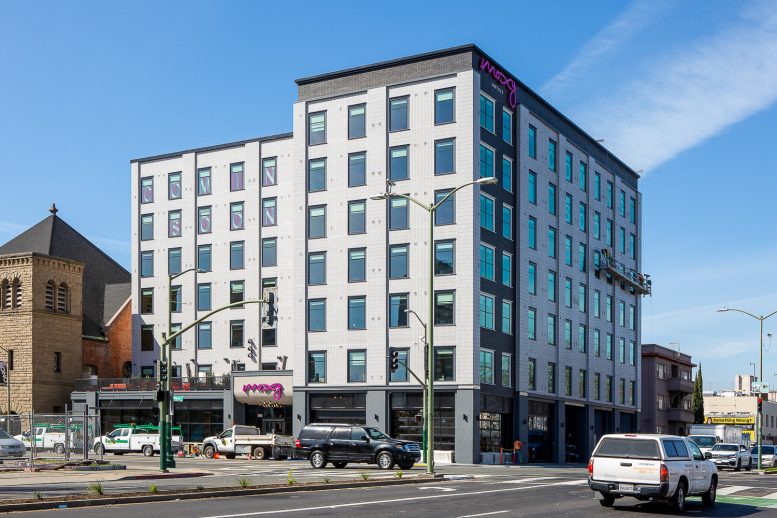 Construction has recently finished for a new Moxy Hotel at 2225 Telegraph Avenue in Downtown Oakland. Once open, the seven-story building will yield 72,615 square feet with 173 guest rooms and retail for the downtown Oakland market. Graves Hospitality is the project developer along with EJF Capital and Tidewater Capital. 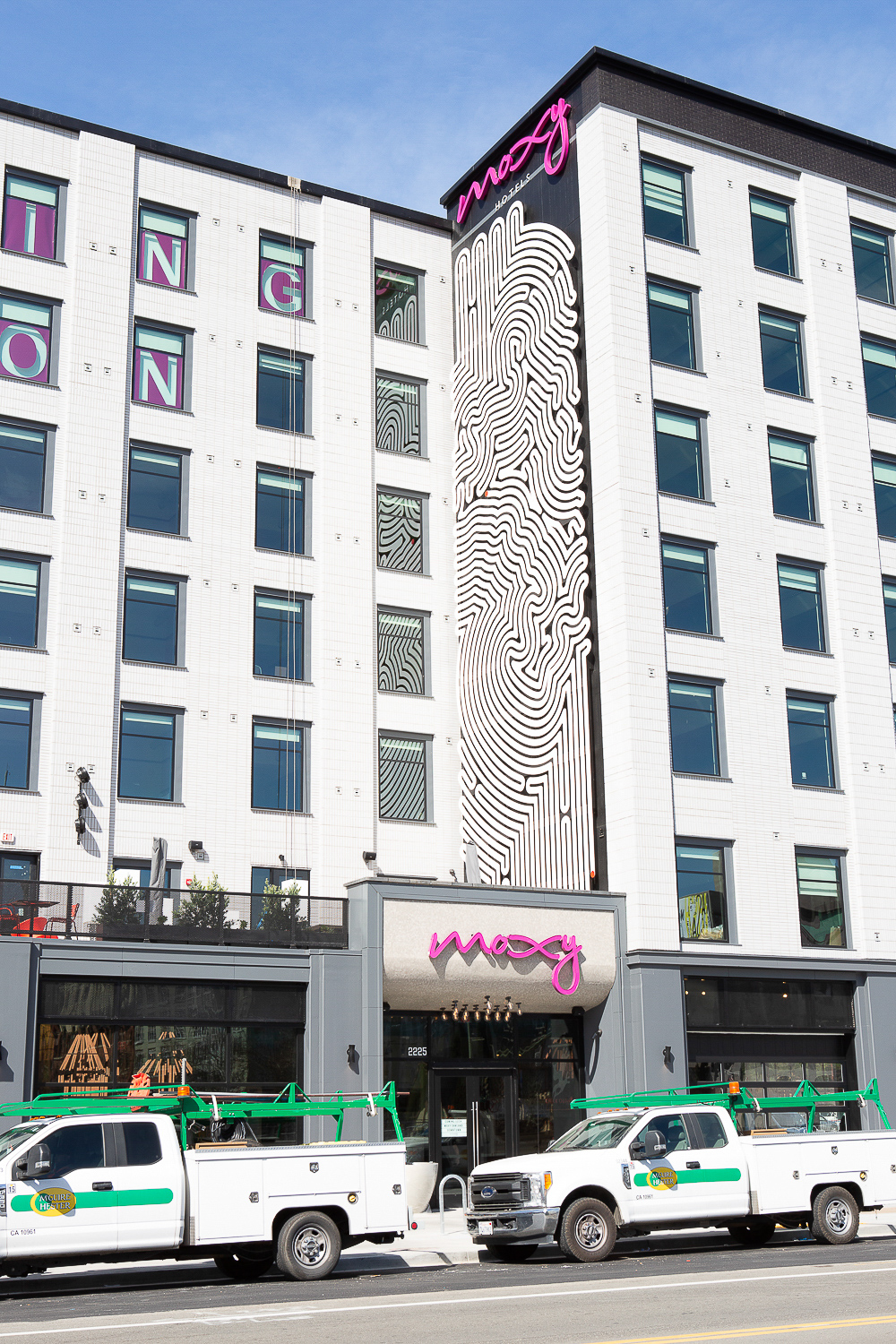 Lowney Architects is responsible for the design, which constitutes the first modular project in downtown Oakland. Amenities include a fitness center, on-site food, a meeting room, and parking. The facade makes a stark contrast between the gray podium, white-tiled face, and the neon-purple branding. 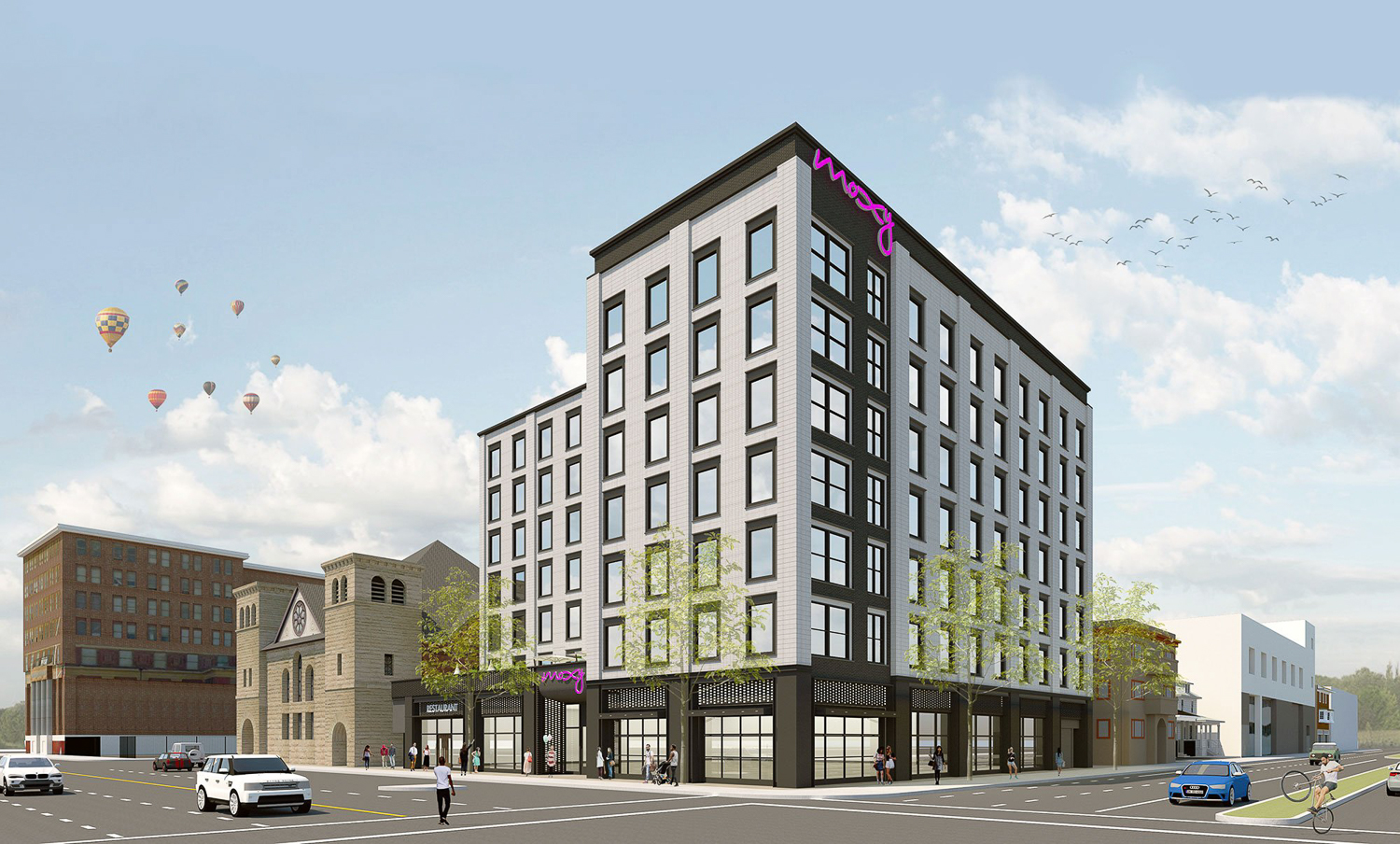 A press release from Marriott, which operates the Moxy Hotel brand, boasts that the new hotel “will benefit the community in many ways besides creating jobs such as locally sourcing food and beverage resources and sourcing local art for the lobby area.” The Moxy brand offers three-star hotels targeted toward younger travelers not interested in Marriott’s luxury hotel options.

The property is inside the Uptown Oakland “Opportunity Zone.” The 2017 federal tax bill provides investors tax benefits for contributing to economic growth within designated opportunity zones. 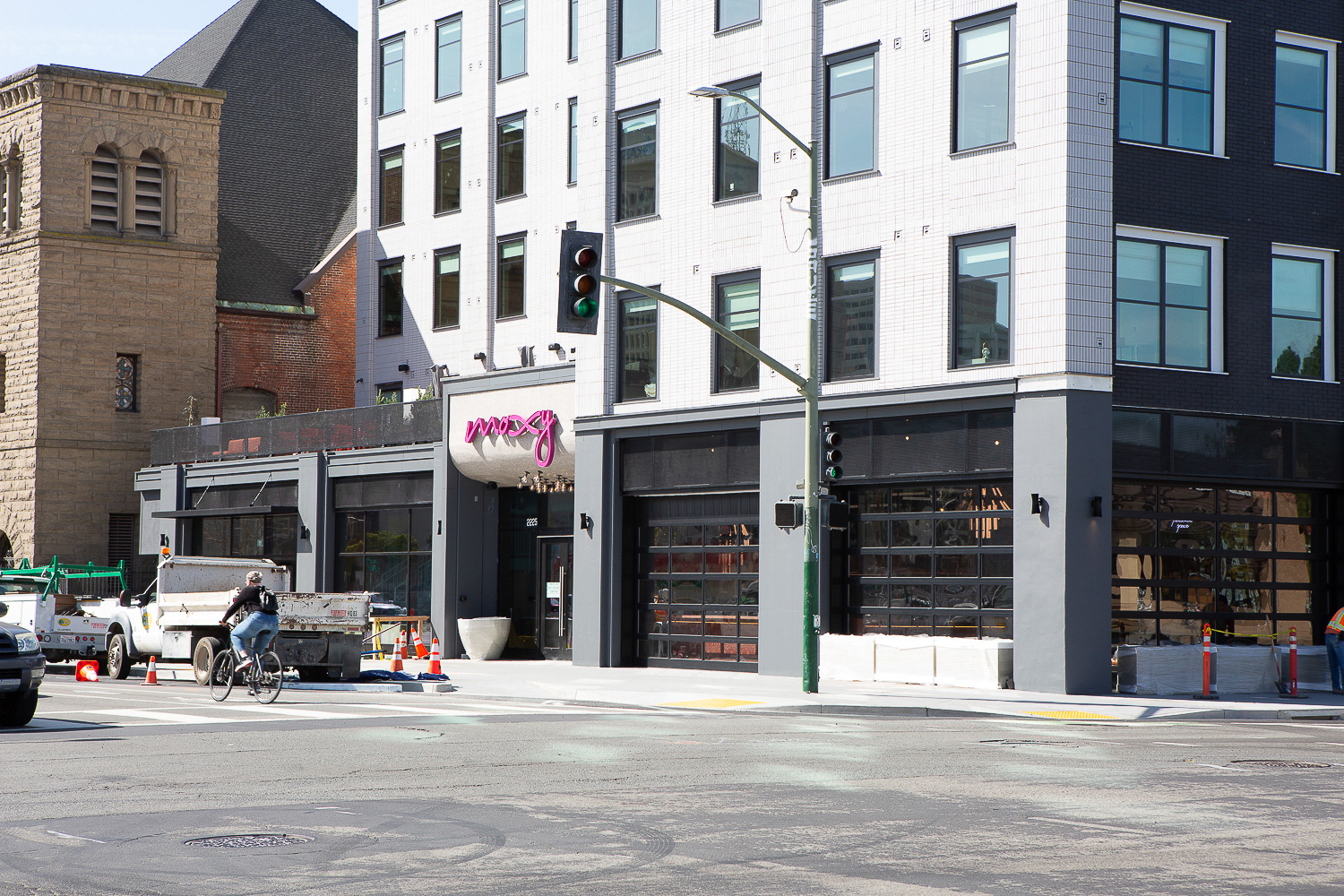 Hotel guests will find themselves a short walk away from the 19th Street BART station, the retail-rich Broadway thoroughfare, and just a few blocks from the city’s Lake Merritt urban park. The hotel operators are expecting to open soon, with the Marriott website suggesting this month. The hotel did not respond to a request to verify. Another Marriott hotel is under construction elsewhere in Downtown Oakland. 1431 Jefferson Street will rise 18 floors to become a Marriott Residence Inn and AC hotel targeted for business travelers and jet-setting tourists. 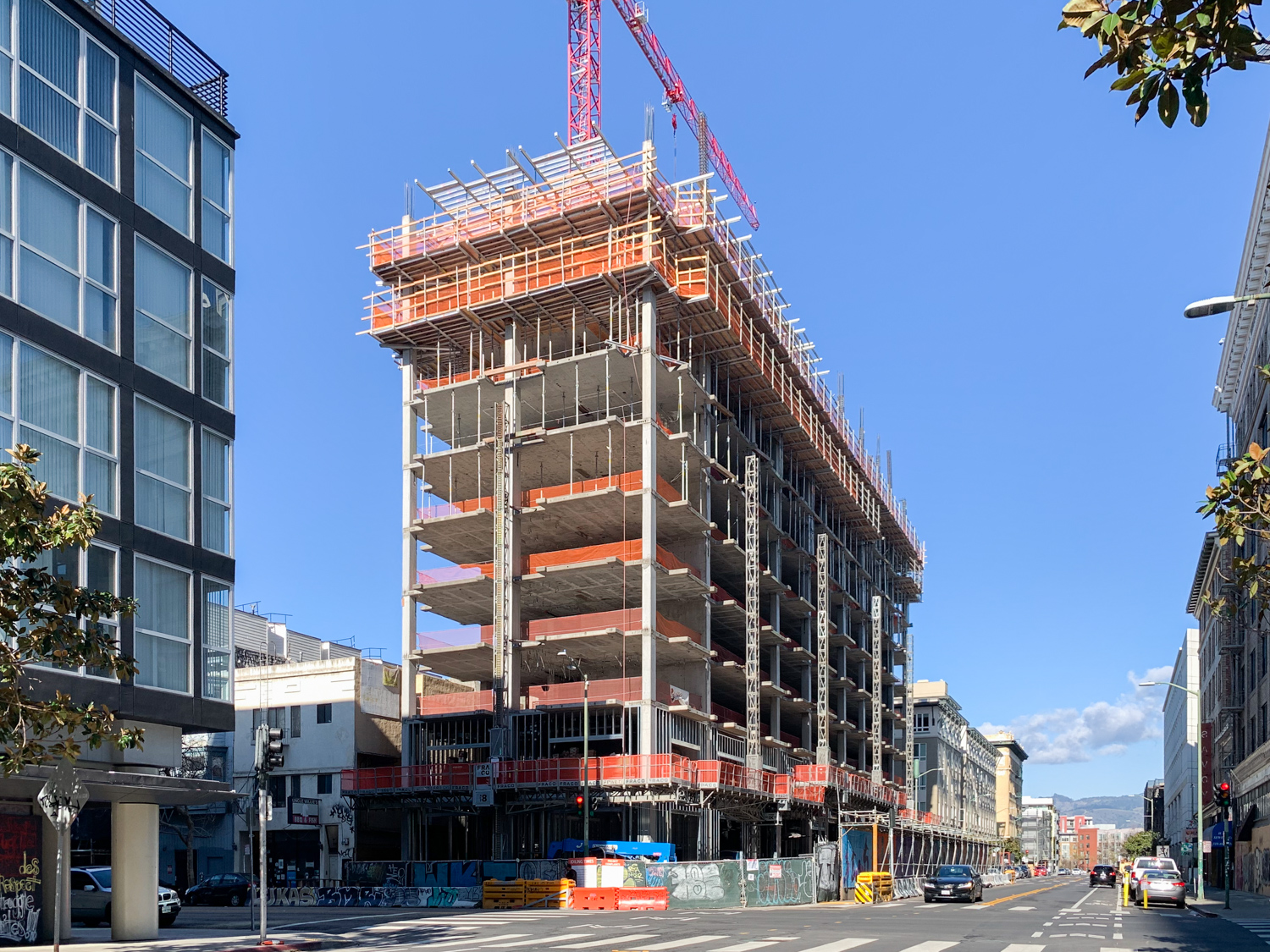 The new hotel is opposite 2150 Telegraph, where Bay Development is looking to sell approved permits for an 81-unit apartment. The Moxy is also near the proposed site for a 480-foot office at 2100 Telegraph Avenue before Kaiser scrapped its plans in March of 2020.