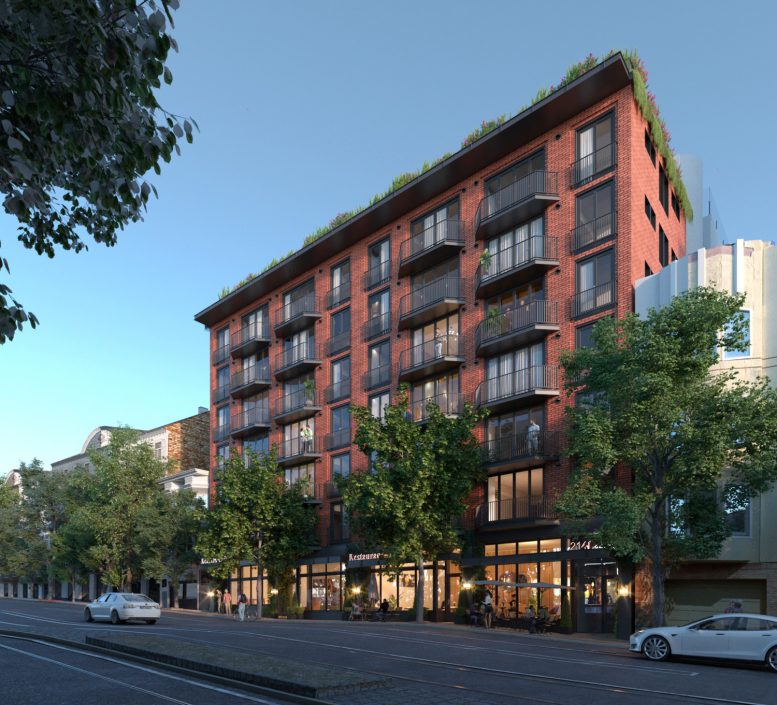 Conditional Use Authorization permits have been filed for an eight-story residential project at 2134-2140 Market Street in the Duboce Triangle corner of the Castro, San Francisco. The project will yield 70 new units, making use of the State Density bonus. Macy Architecture is the architect and has confirmed Kent Mirkhani of 2134 Market Street is their client and project developer. 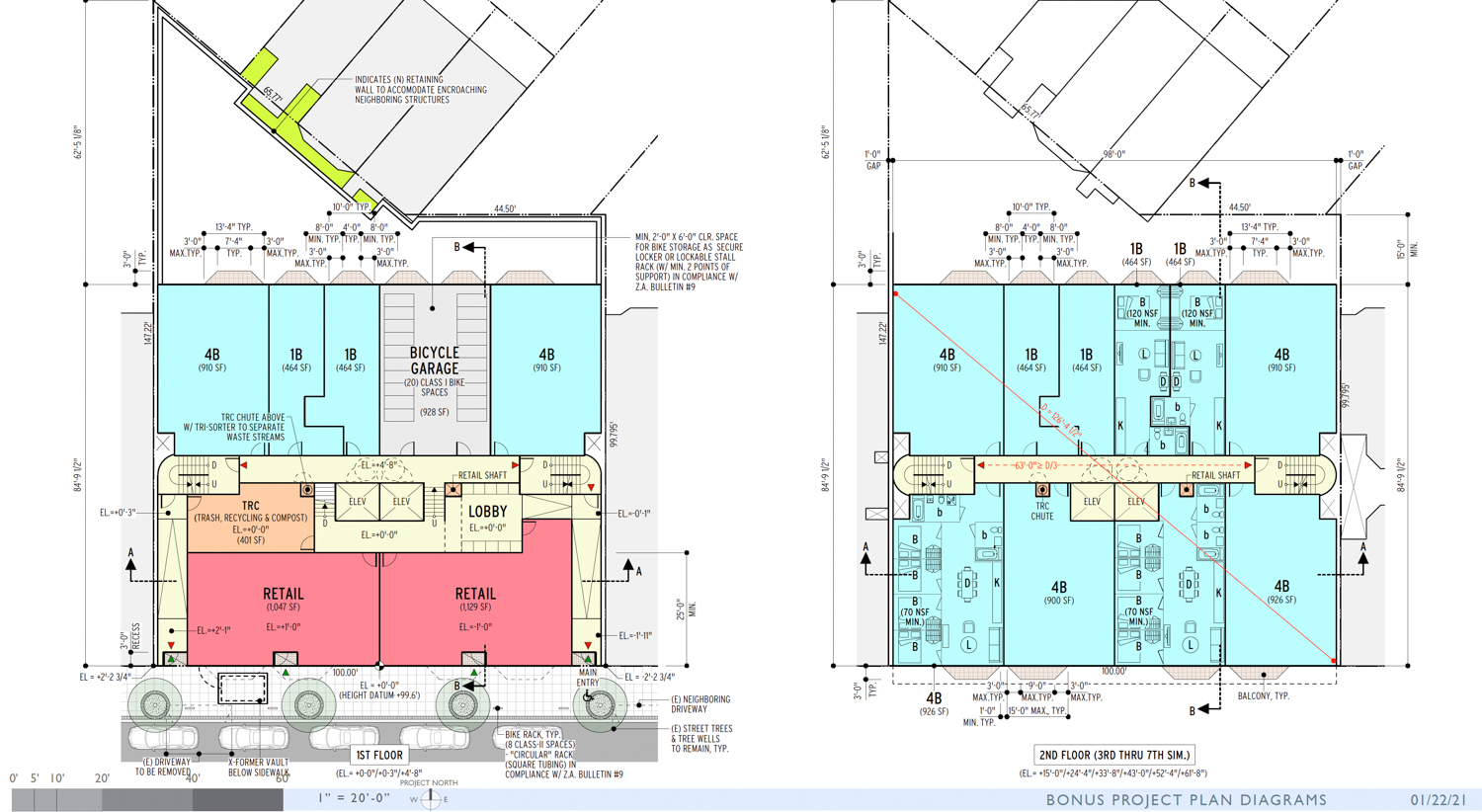 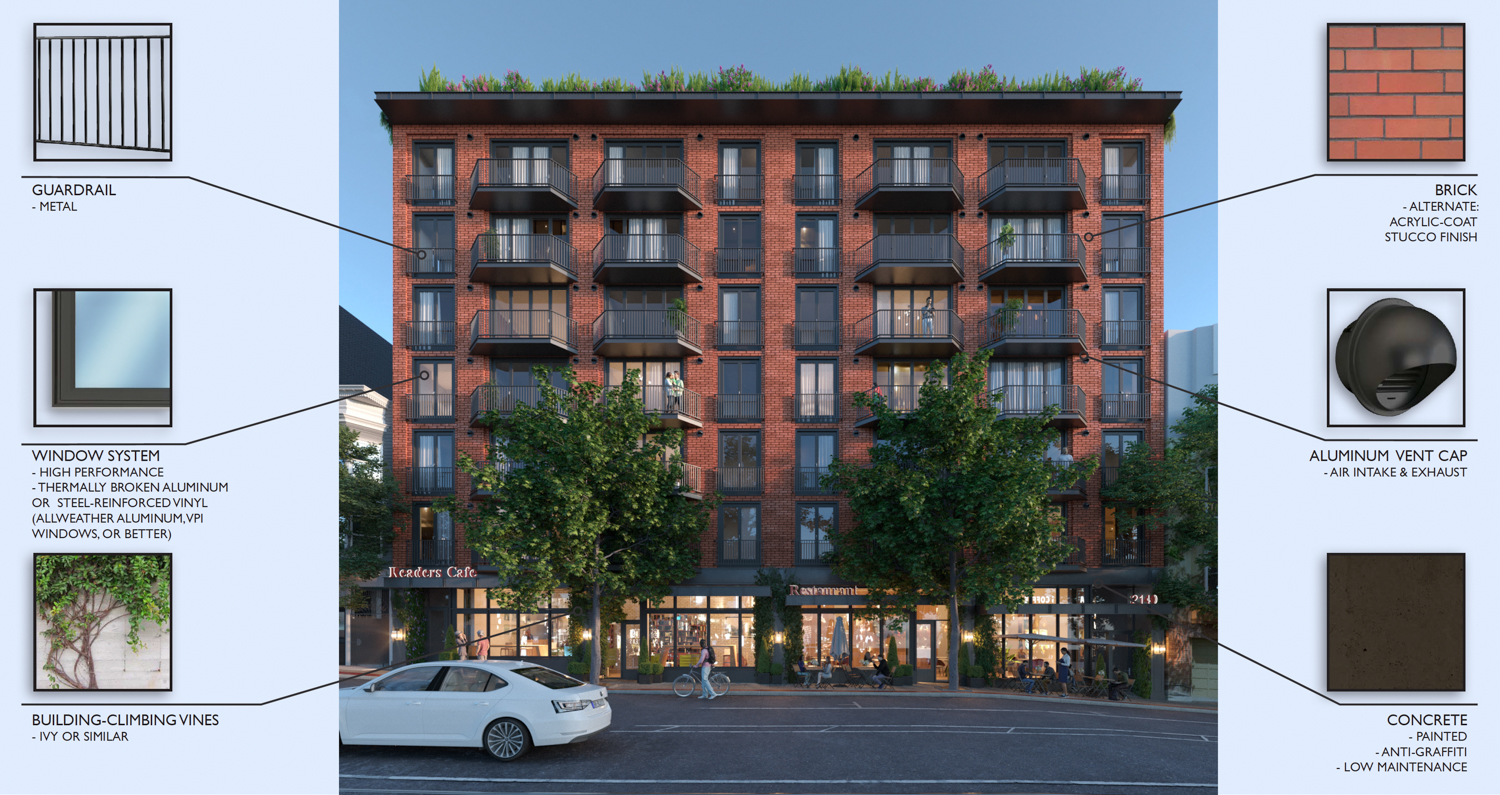 The project will be transit-friendly by not including on-site vehicular parking within an area densely serviced by light rail. There will be space for 108 bicycles. The project is aided by the state Assembly Bill 2345, which provides a density bonus for the inclusion of affordable housing.

The latest iteration is a significant expansion relative to initial plans from Keystone Group to add just 33 units on 2140 Market Street.

Construction is expected to cost $11.9 million and last 15 months. Renderings show a brick facade, though stucco is listed as an alternative material option. Painted concrete, transparent glass, and climbing vines will clad the ground-level retail exterior. 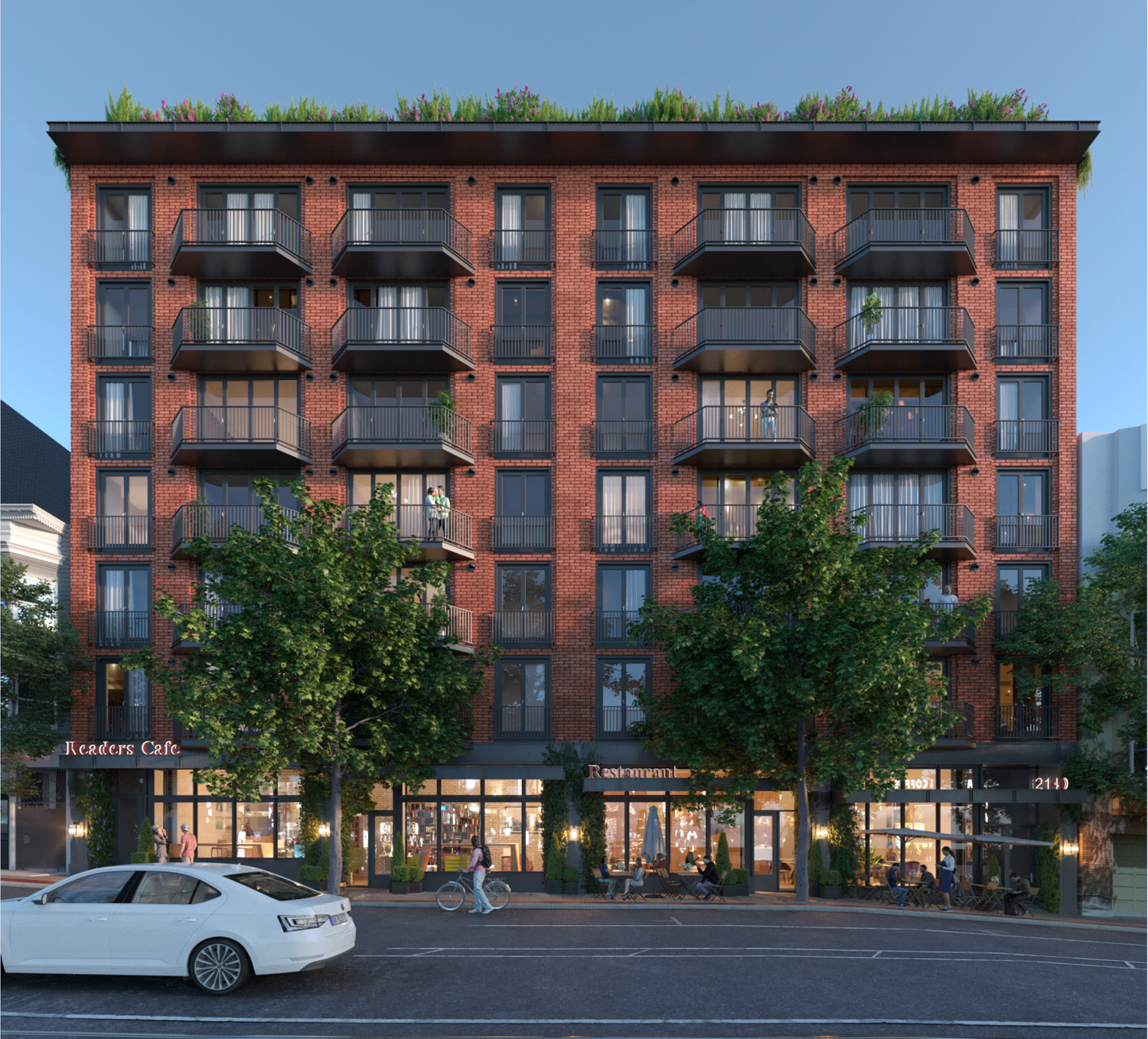 Planning documents state that “the existing neighborhood-serving retail uses will be preserved and enhanced by the provision of a new street-activating, affordably-sized retail space.” The property was formerly occupied by Lucky 13, a local dive bar that permanently closed in late 2020 after weathering five years of speculation about its fate.