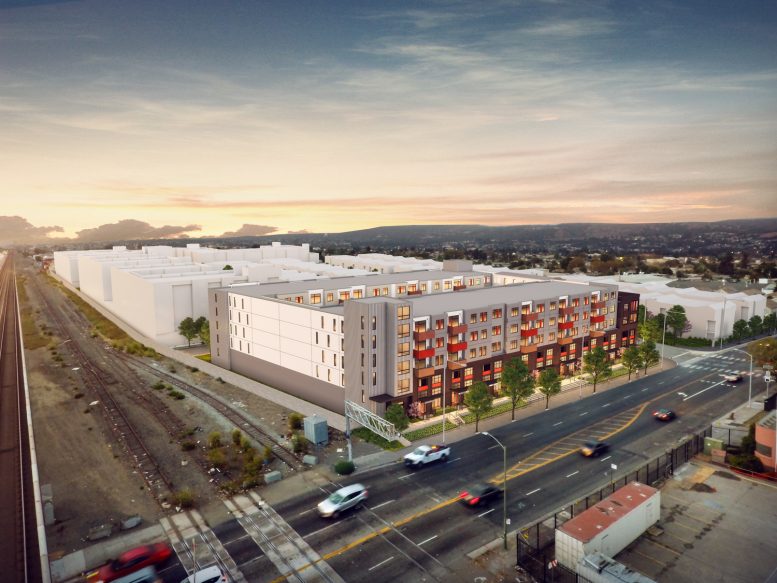 The Oakland Planning Commission has approved the 98th and San Leandro development proposal for a mixed-use district in Elmhurst Park, East Oakland. Located around 921 98th Avenue, construction would add over four hundred new dwelling units to the city’s housing market. Madison Park is the developer for the project. 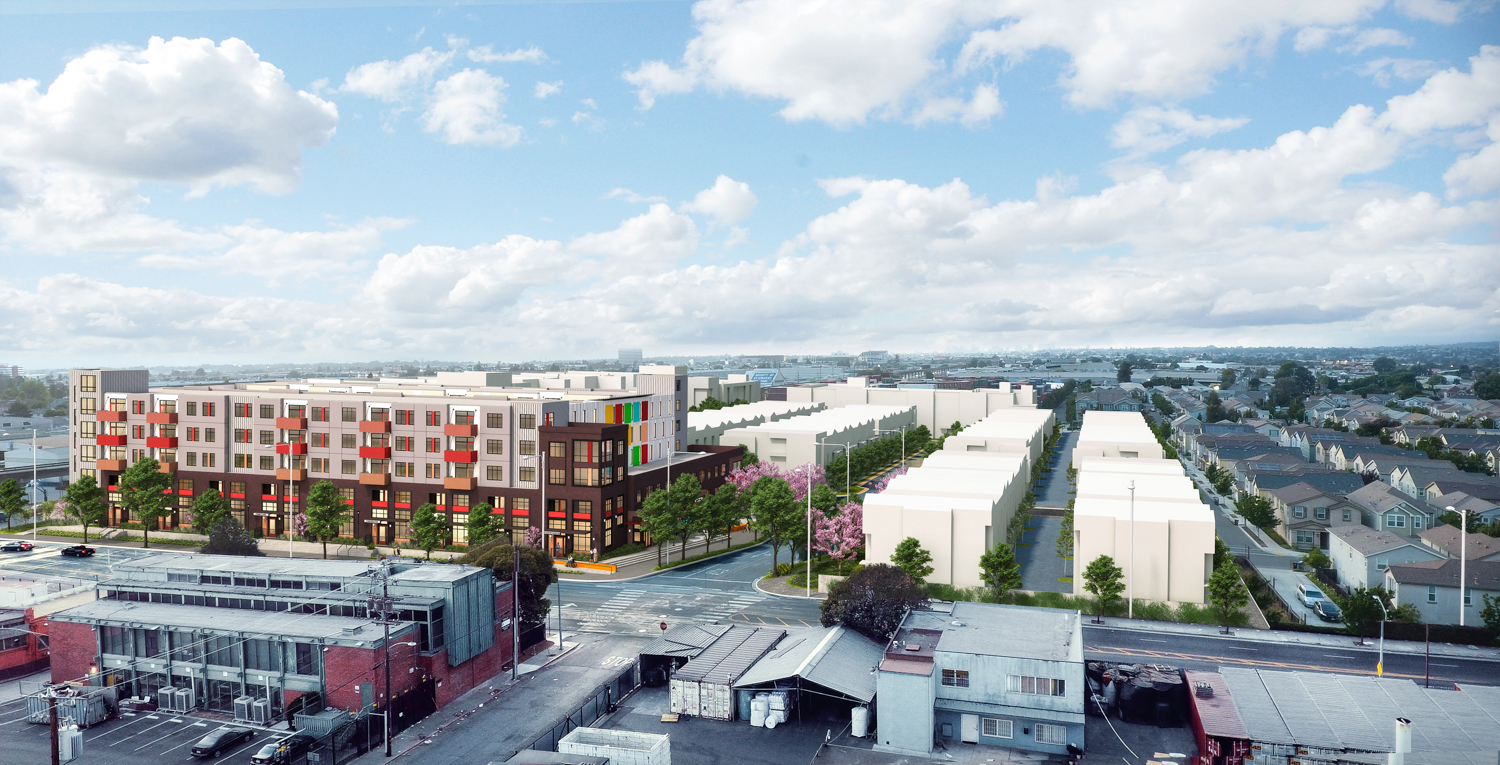 At full buildout, the plan will include four apartment buildings and several townhouse structures across seven parcels. There will be 399 residential units, nine work/live units, and seven live/work units. Developers will offer 270 apartment-building units and 122 townhomes units. Off-street parking is included for 517 vehicles. 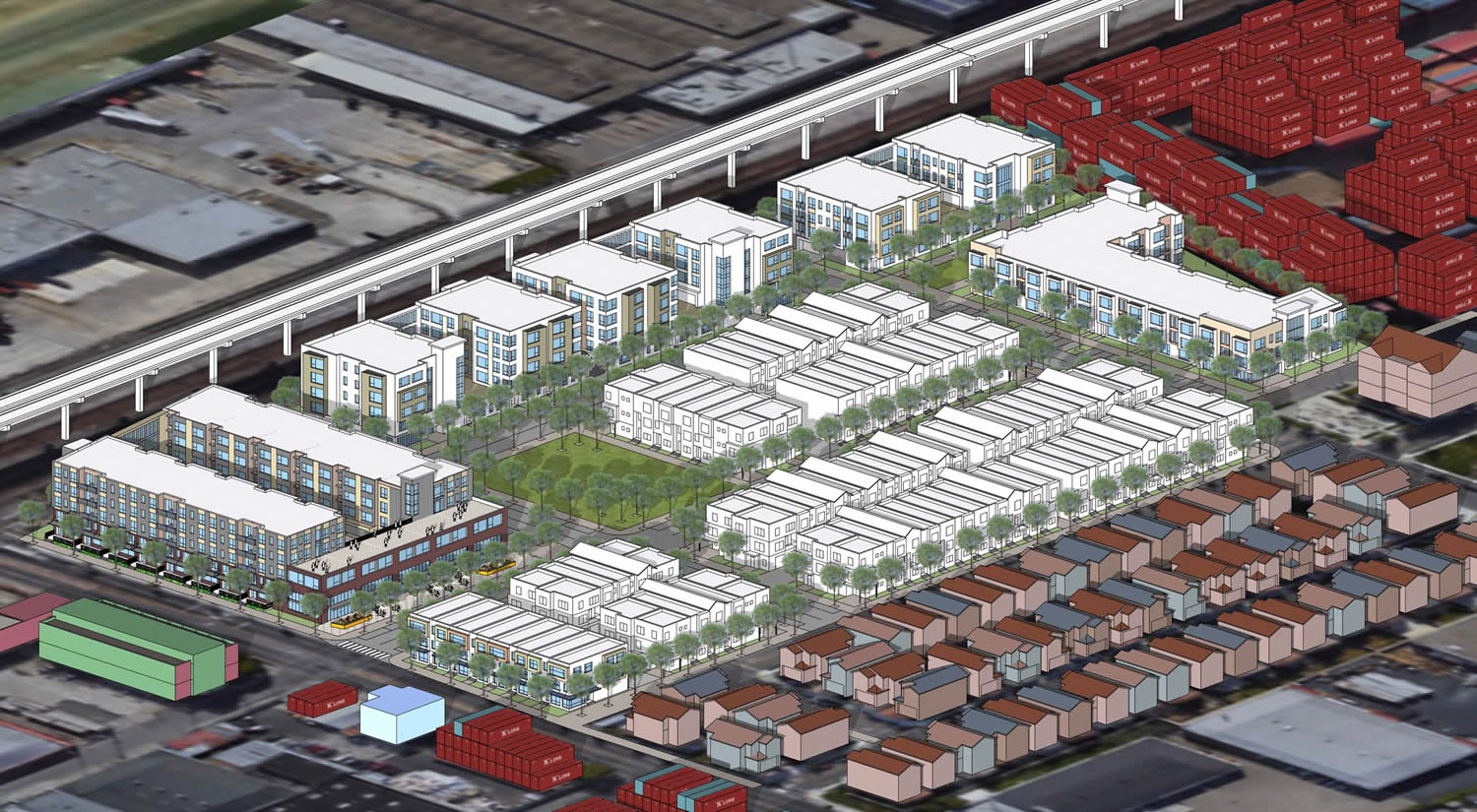 To add to the mixed-use options on-site, there will be a small 2,470 square-foot retail space. Combined with the live/work and work/live spaces, there will be 14,160 square feet of commercial space. The project approval came with conditions, including a recommendation that the developers add a bus stop shelter with seating and pedestrian-scale lighting on the north side of 98th Avenue. 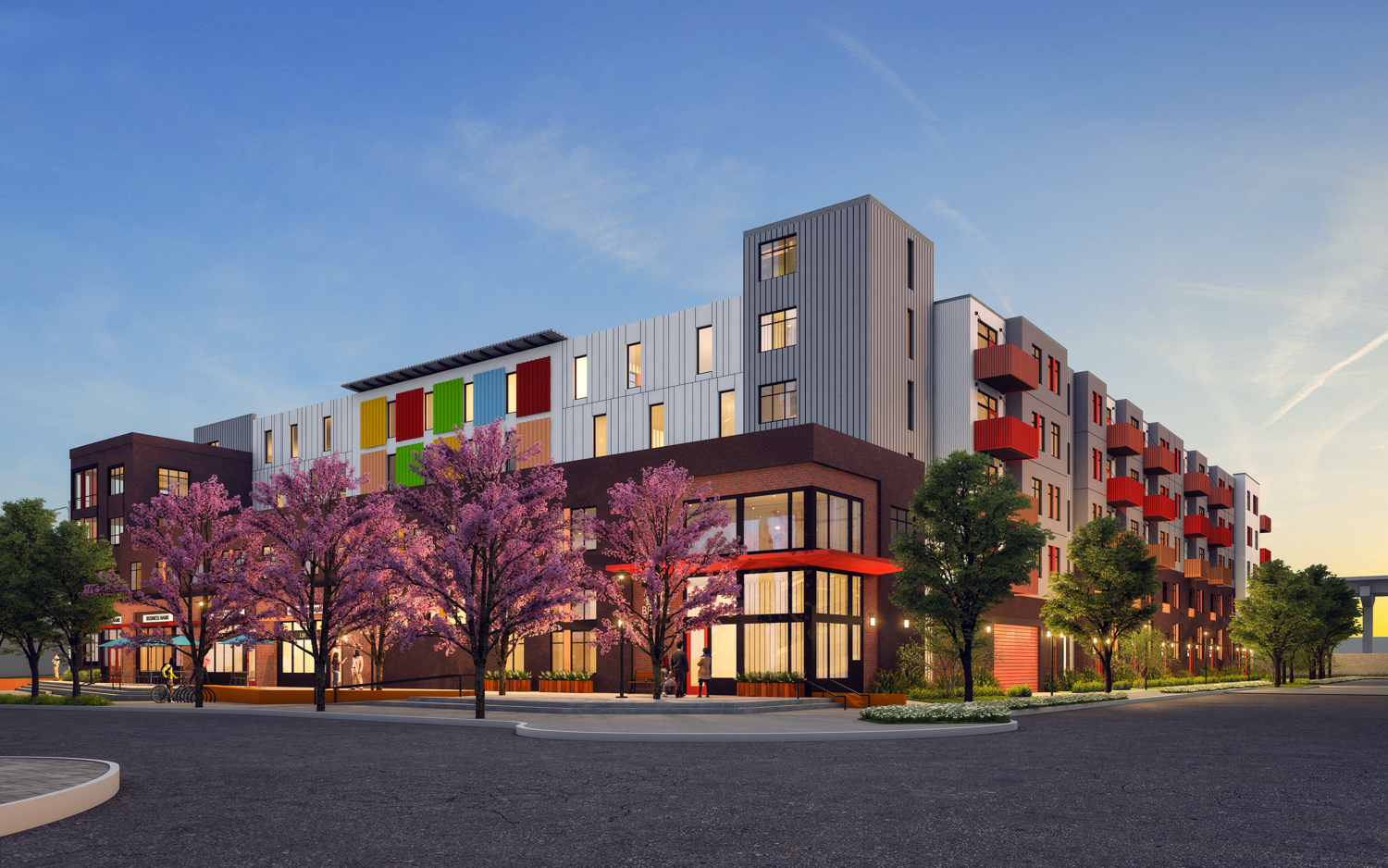 In previous comments with SFYIMBY, the developer team shared that “the creation of over 400 new homes will not only help to address the regional housing shortage but stoke additional economic investment into East Oakland, an area of the city that has not experienced the kind of unprecedented new housing production that neighborhoods like Uptown and West Oakland have since the Great Recession. We are excited about the opportunity to revitalize a site that has been vacant for over 15 years into a vibrant mixed-use community, and look forward to receiving the Planning Commission’s approval on Wednesday.” 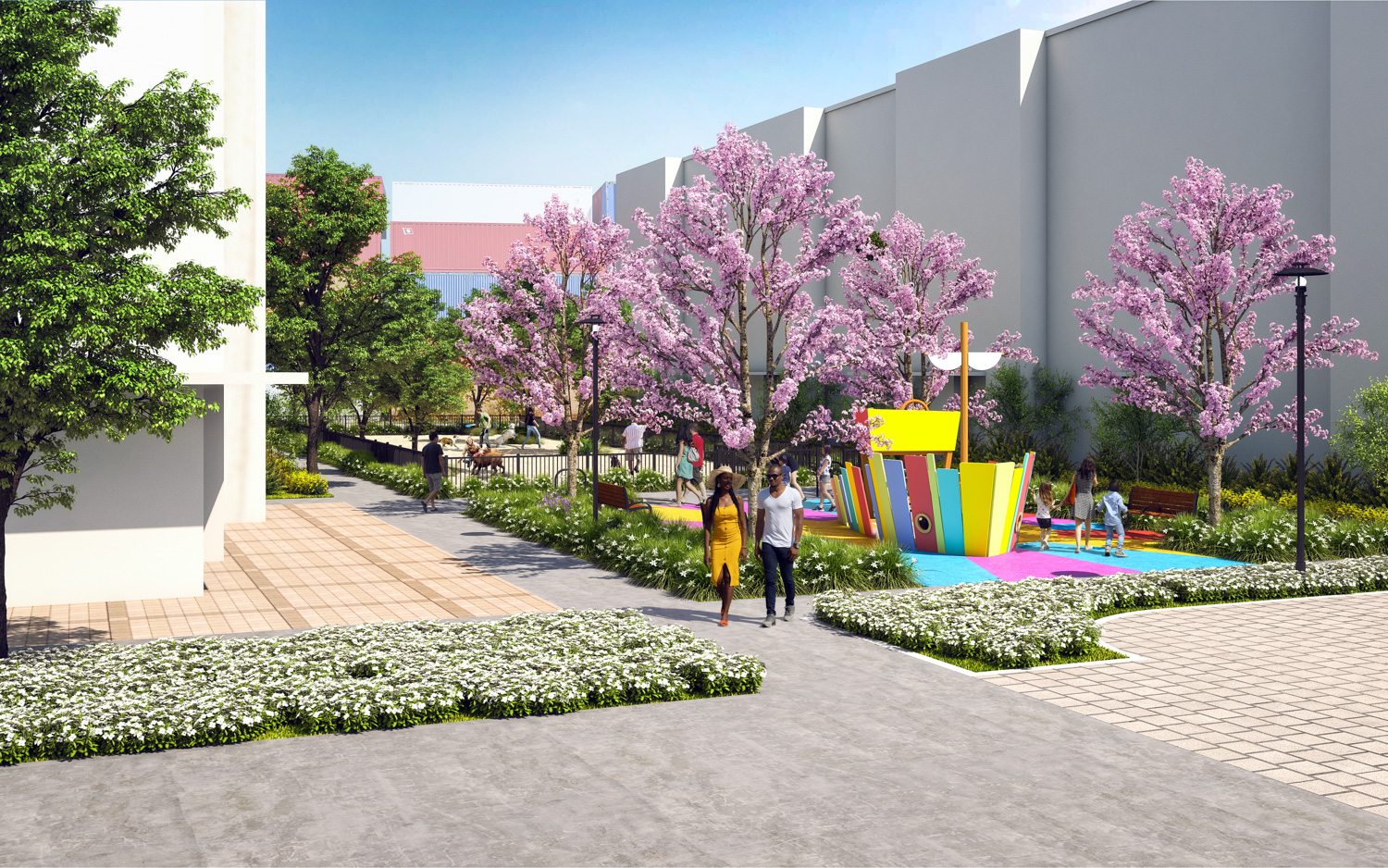 VMWP Architects is responsible for the design. The main five-story apartment building structure is visually divided into multiple forms to create a more varied pedestrian experience. Specific design cues are integrated to reflect the area’s industrial past while fostering a new pedestrian-oriented future. One such design feature is the corrugated metal balconies. The color scheme is predominantly white, grey, and black, with bright red highlights framing the windows and balconies. 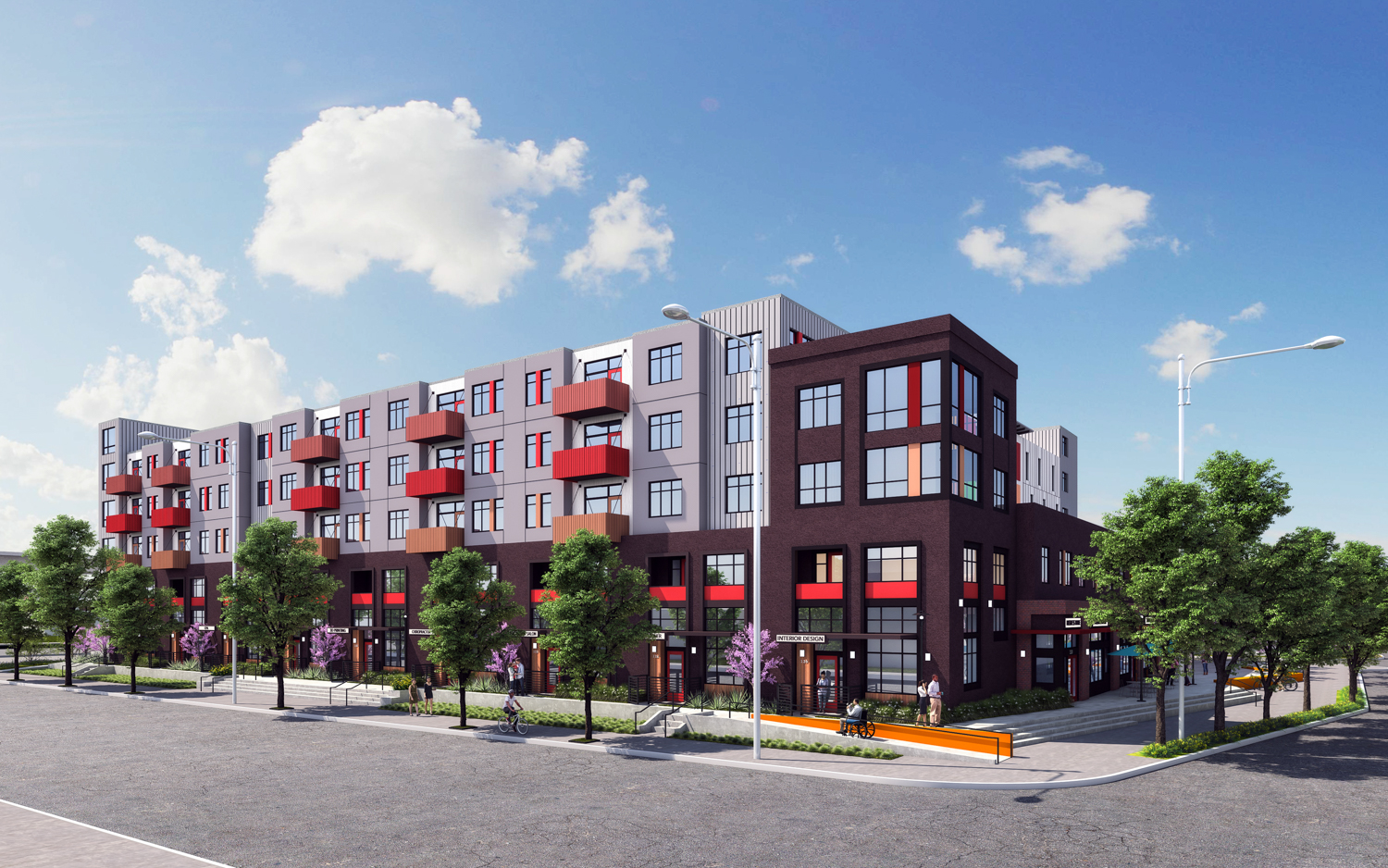 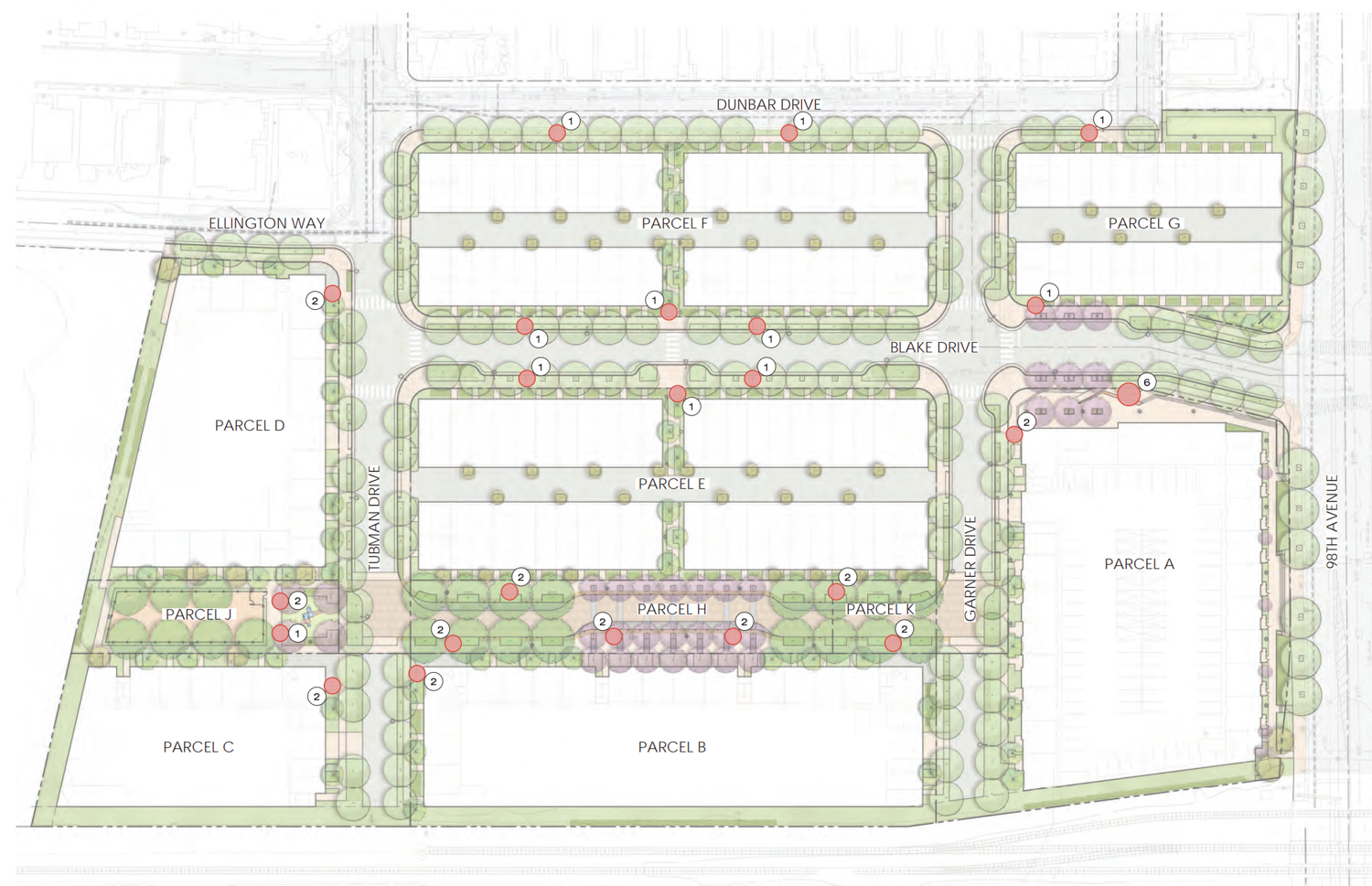 The location is a thirty-minute walk or five-minute drive from the Oakland Coliseum BART station or San Leandro BART stations. An expected completion date for the project has not been announced.

Be the first to comment on "Plans Approved for 921 98th Avenue, Elmhurst Park, Oakland"