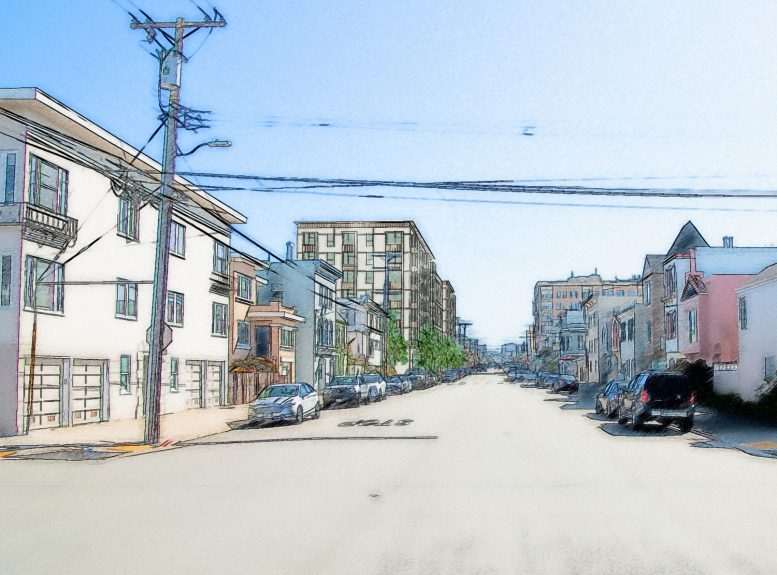 2550 Irving Street from Irving and 28th Avenue, rendering by Pyatok

The general plan referral application has been filed for a proposed seven-story affordable housing building at 2550 Irving Street in San Francisco’s Sunset District neighborhood. The mid-density development would add 98 new units extending from 26th to 27th Avenue. The Tenderloin Neighborhood Development Corporation is responsible for the project.

The seven-story building will yield 98 affordable housing units for lower-income residents, of which 25 units will be for unhoused individuals and families with support by the Local Operating Subsidy Program, i.e., LOSP. The program operates under the evidence that giving homes to the unhoused is the most cost-effective program to reduce homelessness. 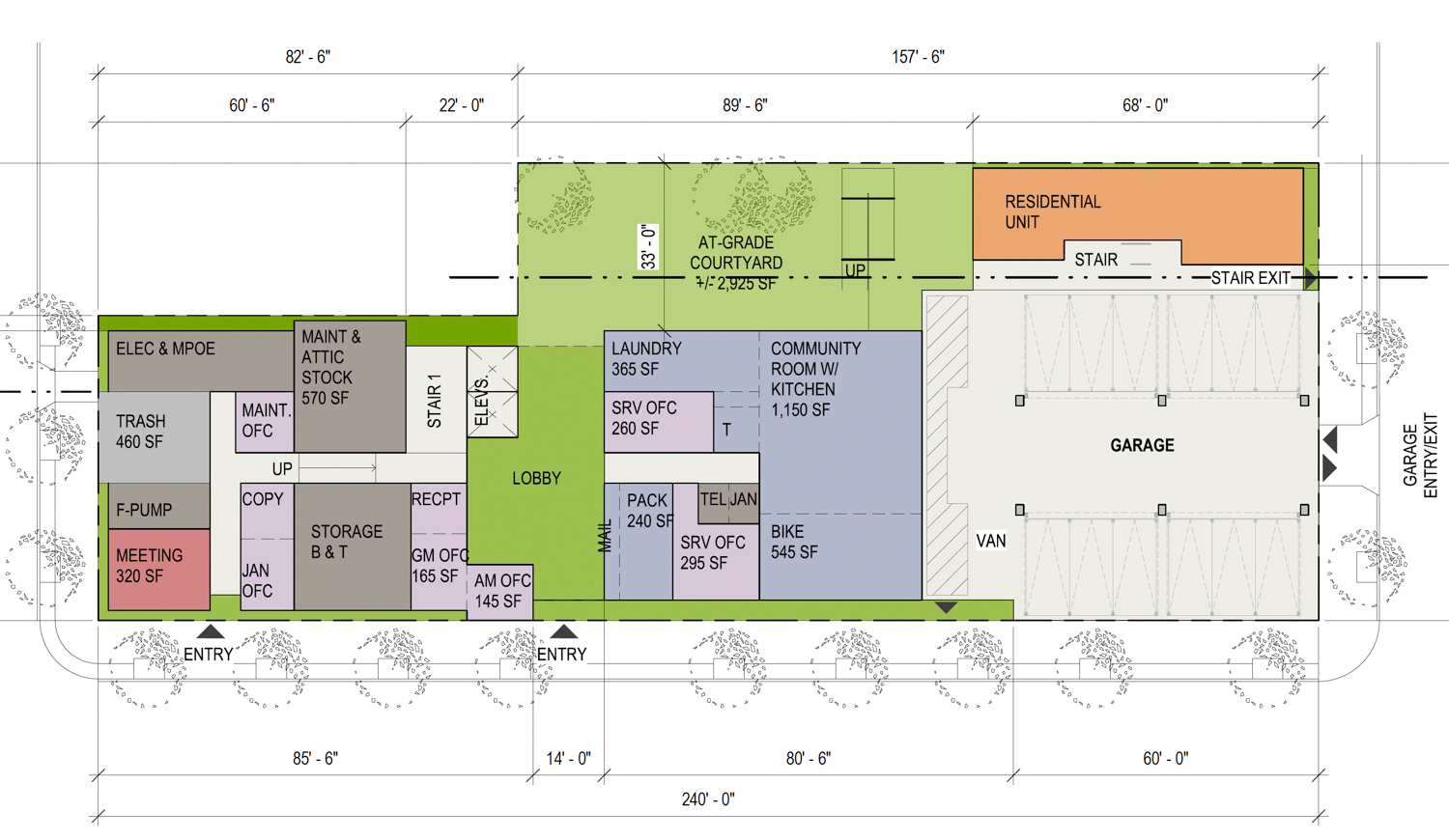 Of the 98 units, there will be 12 studios, 32 one-bedrooms, 29 two-bedrooms, and 25 three-bedroom units. The development will produce parking for 35 vehicles on-site.

Pyatok is responsible for the design. The building has an articulated facade with bay windows, recalling the city’s architectural vernacular. Facade material will match other buildings in the area. 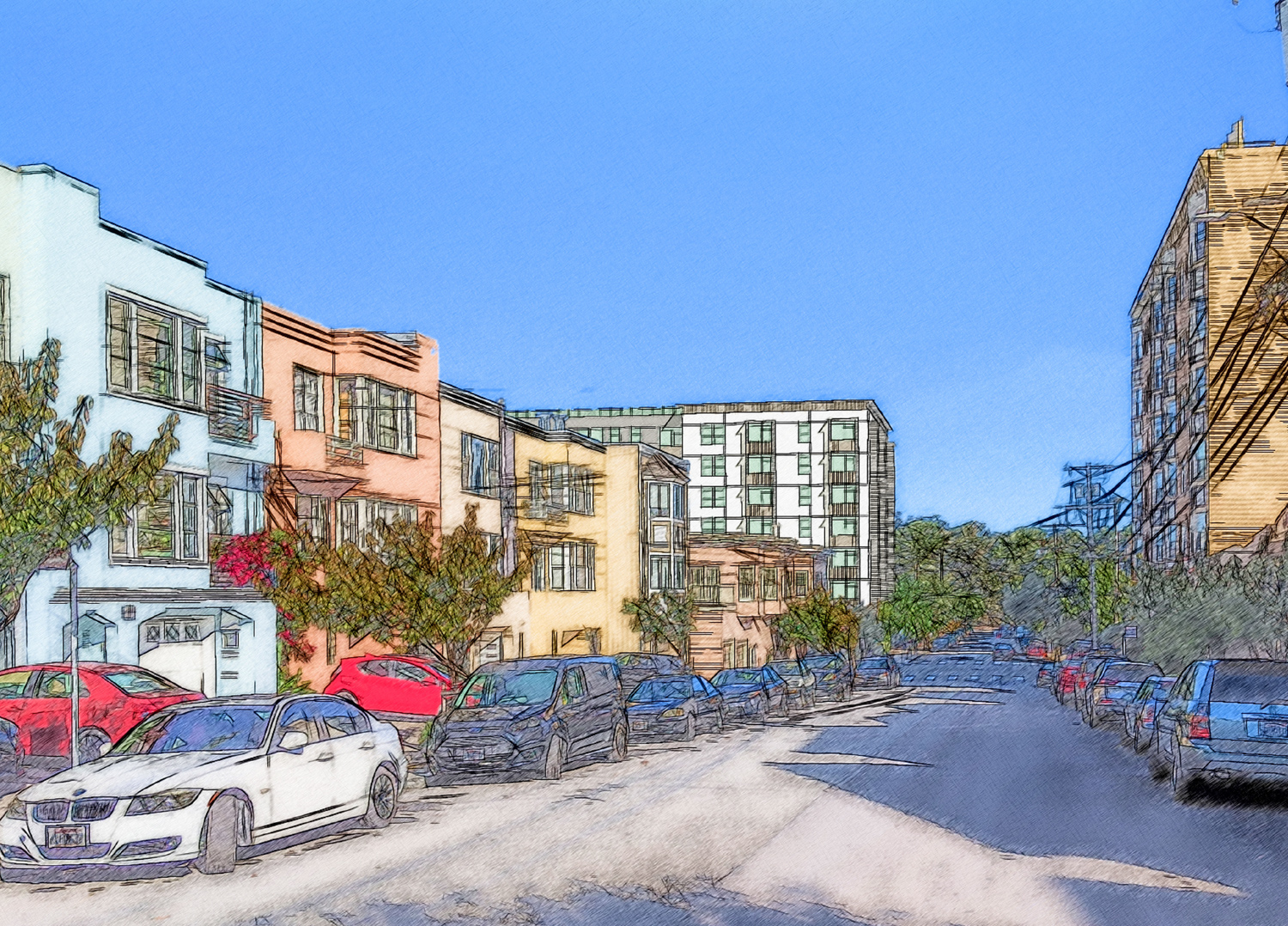 Back in January, The TNDC senior director of housing development spoke about the project, sharing that “by providing affordable housing, we’re providing economic stability to make us all safer.” She went on the cite that “numerous studies show that affordable housing does not negatively impact property values.” 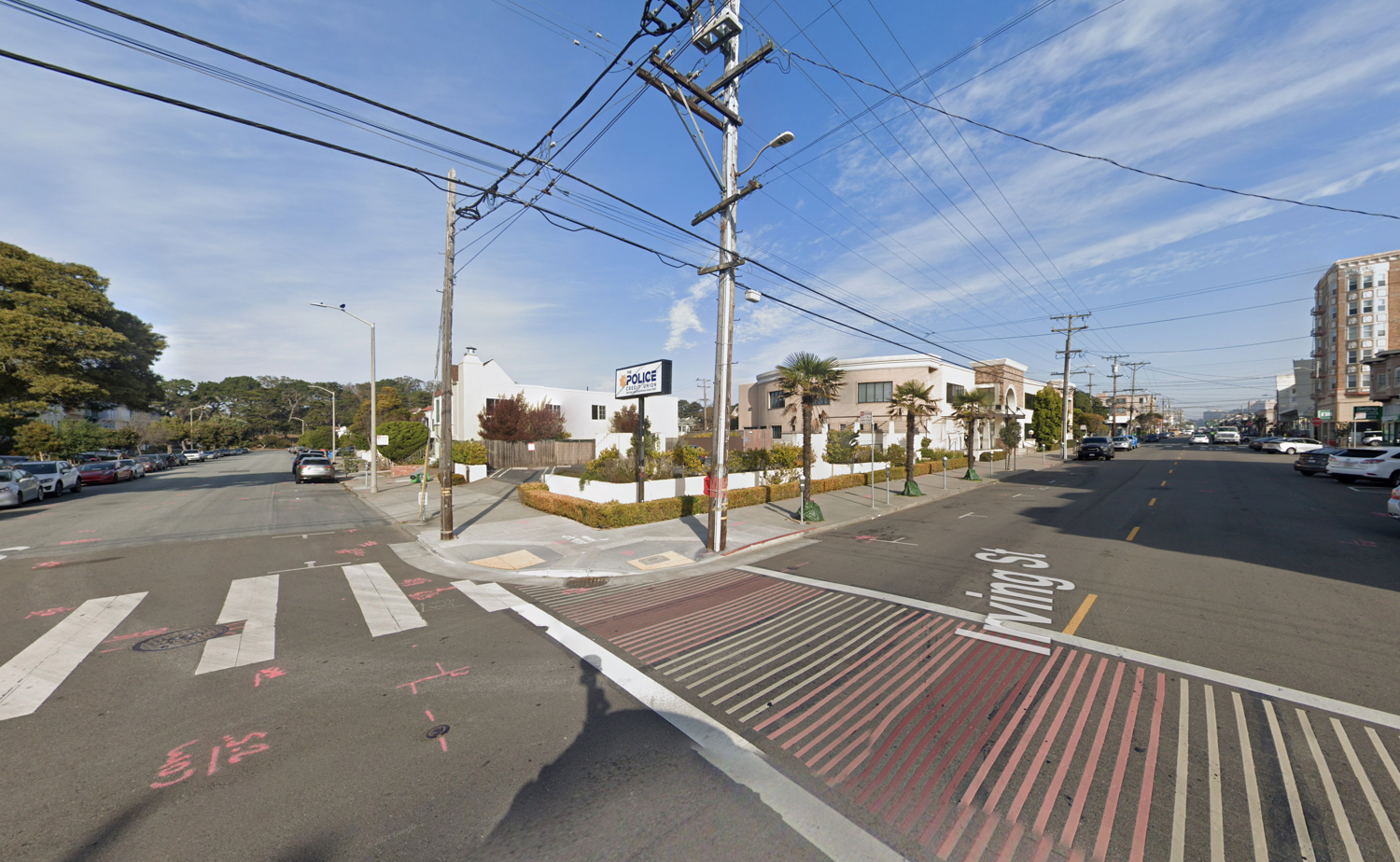 Construction will replace an existing two-story credit union building and surface parking, operated by the Police Credit Union. The property is at the tail end of a retail row along Irving Street, one block south of Golden Gate Park. Future residents will find themselves by Mallard Lake/Turtle pond. Ocean Beach is a mile and a half away or sixteen minutes away via the SFMTA light rail’s N Line.