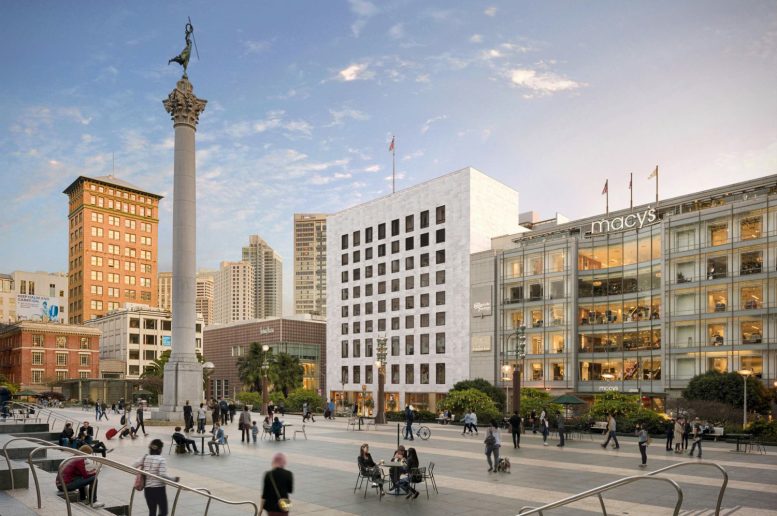 233 Geary Street from across Union Square, rendering by Handel Architects

Updated renderings show a significant design change for the redevelopment of I. Magnin Building at 233 Geary Street, reducing the alterations to the marble facade. The development will transform the 11-story department store into a mixed-use building with retail, offices, and apartments overlooking Union Square in San Francisco. Sand Hill Property Company is responsible for the development. 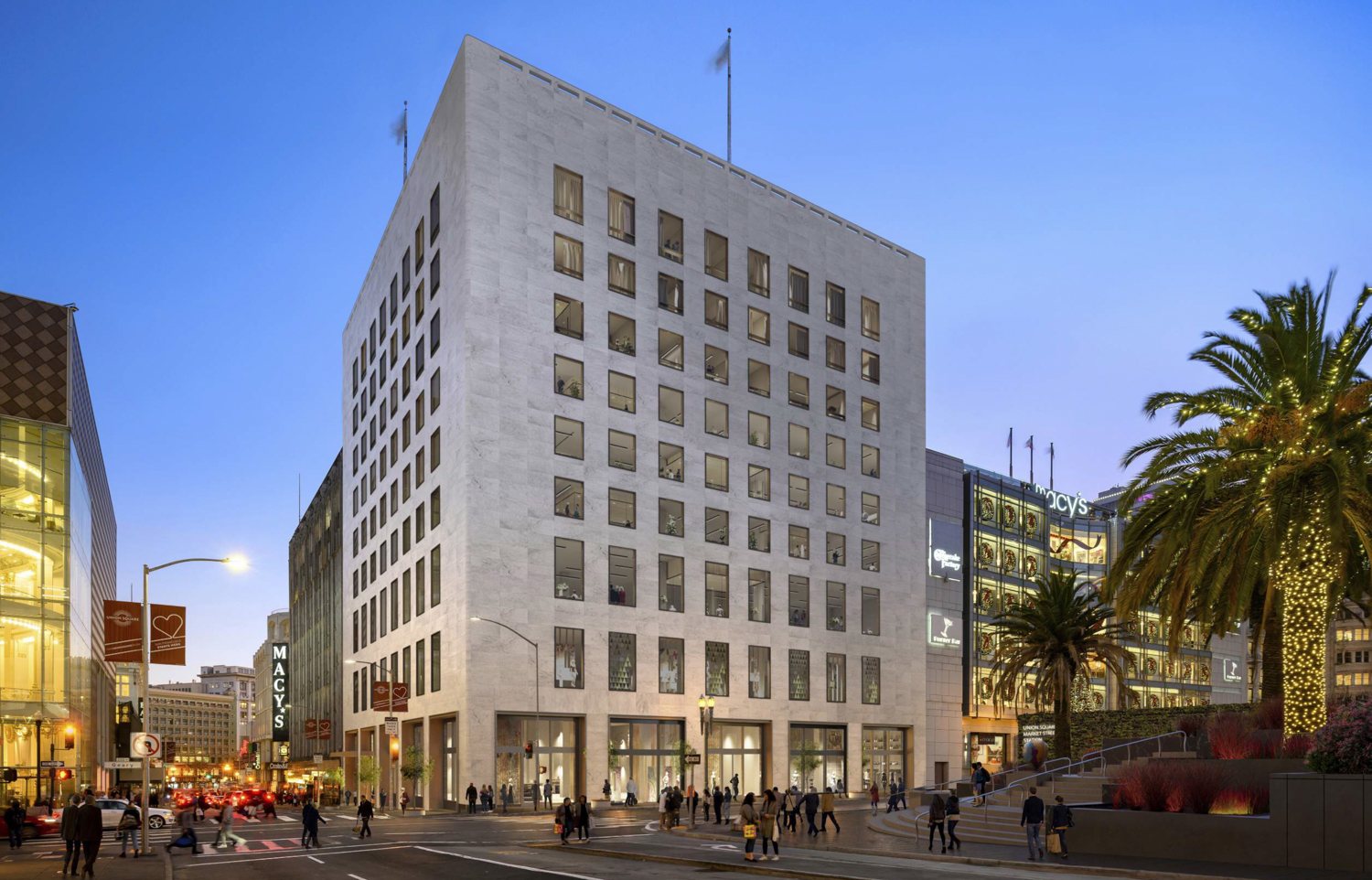 The iconic building has loomed over Union Square since 1905, originally as the Beaux-Arts Butler Building with medical and commercial offices. In 1946, the structure was remodeled with white marble cladding to become a single-use department store. While earlier plans were to reimagine the building gold-tone-framed windows and a glass crown, new plans show the facade alterations will be minimal. 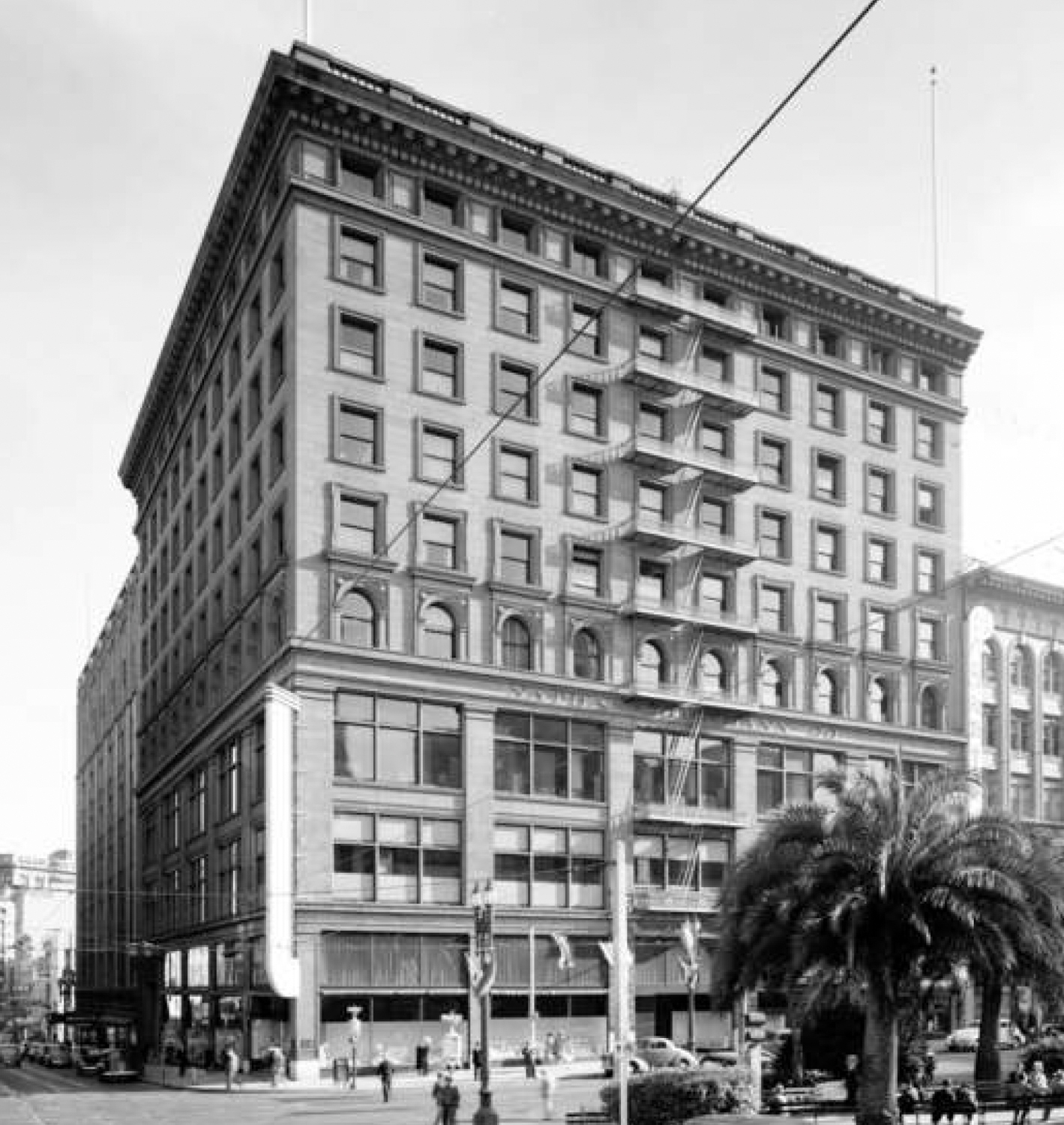 The Butler Building at 233 Geary, image via Handel Architects 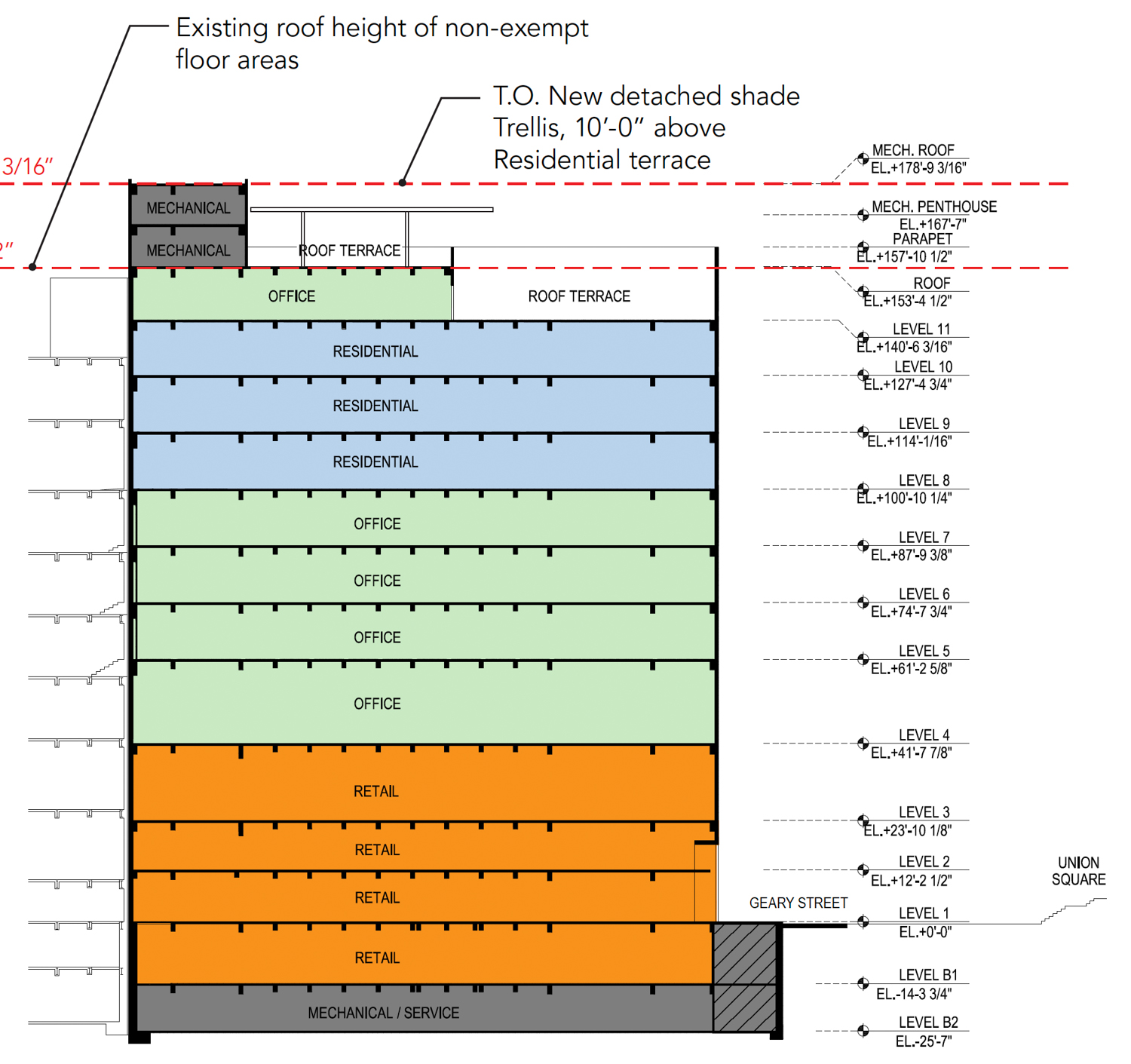 Handel Architects is responsible for the architecture. Page & Turnbull is assisting Handel as the preservation consultant.

Since the updated design removes top-floor windows previously proposed, the largest facade alterations will be limited. The windows will be replaced by subtle bronze framing, and the resident-level windows will be openable. The existing Macys signage along the parapet will be removed, and the street-level entrance will be reimagined, setback into the building with bronze metal panels. 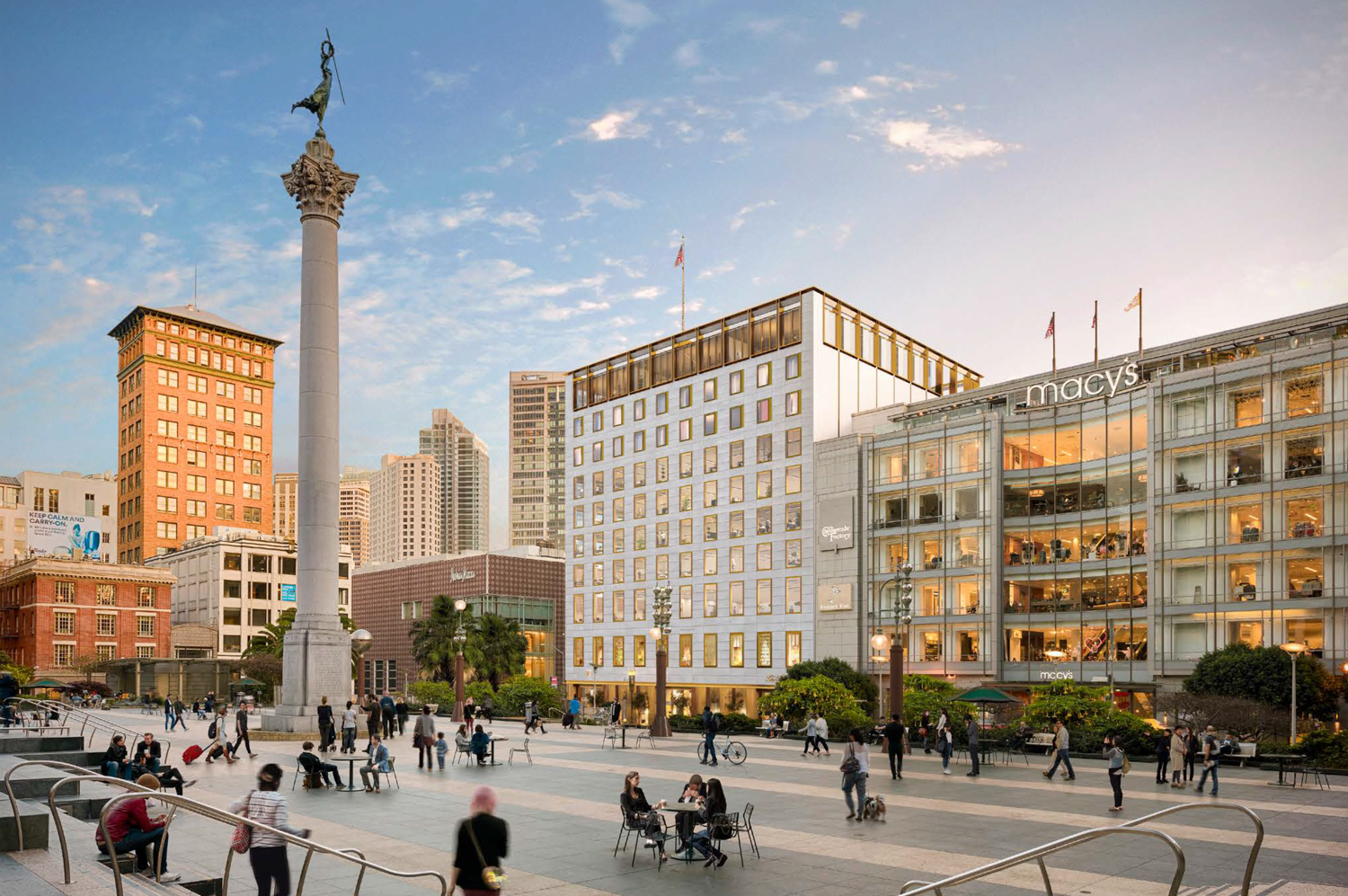 Prior design iteration for 233 Geary Street, rendering via Handel Architects

The property sold in 2019 for $250 million. The renovation is expected to last 18 months, with previous estimates for construction to begin by the end of the year.