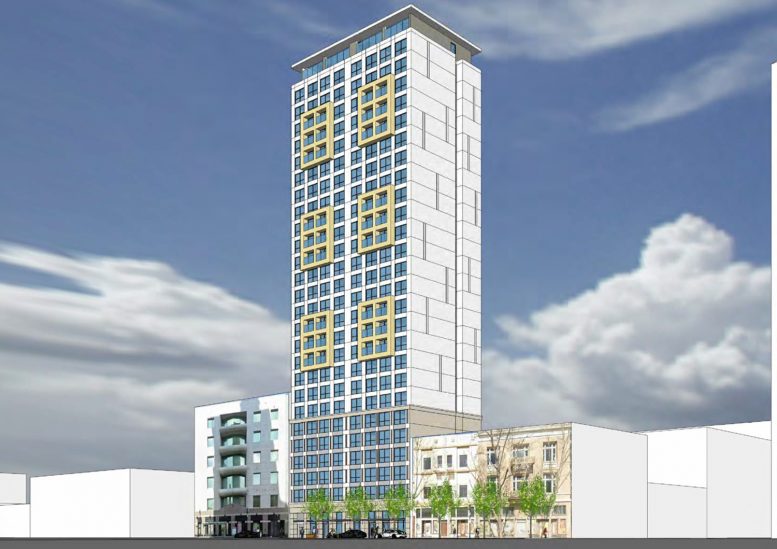 A new design iteration has been published for 17 East Santa Clara Street in Downtown San Jose, outlining facade changes and a future entrance for the city’s 2030 BART/VTA station. The proposal, to be called Eterna Tower, would add 200 new dwelling units to the Silicon Valley housing market. San Francisco-based ROYGBIV Real Estate Development is responsible for the project as the property owner. 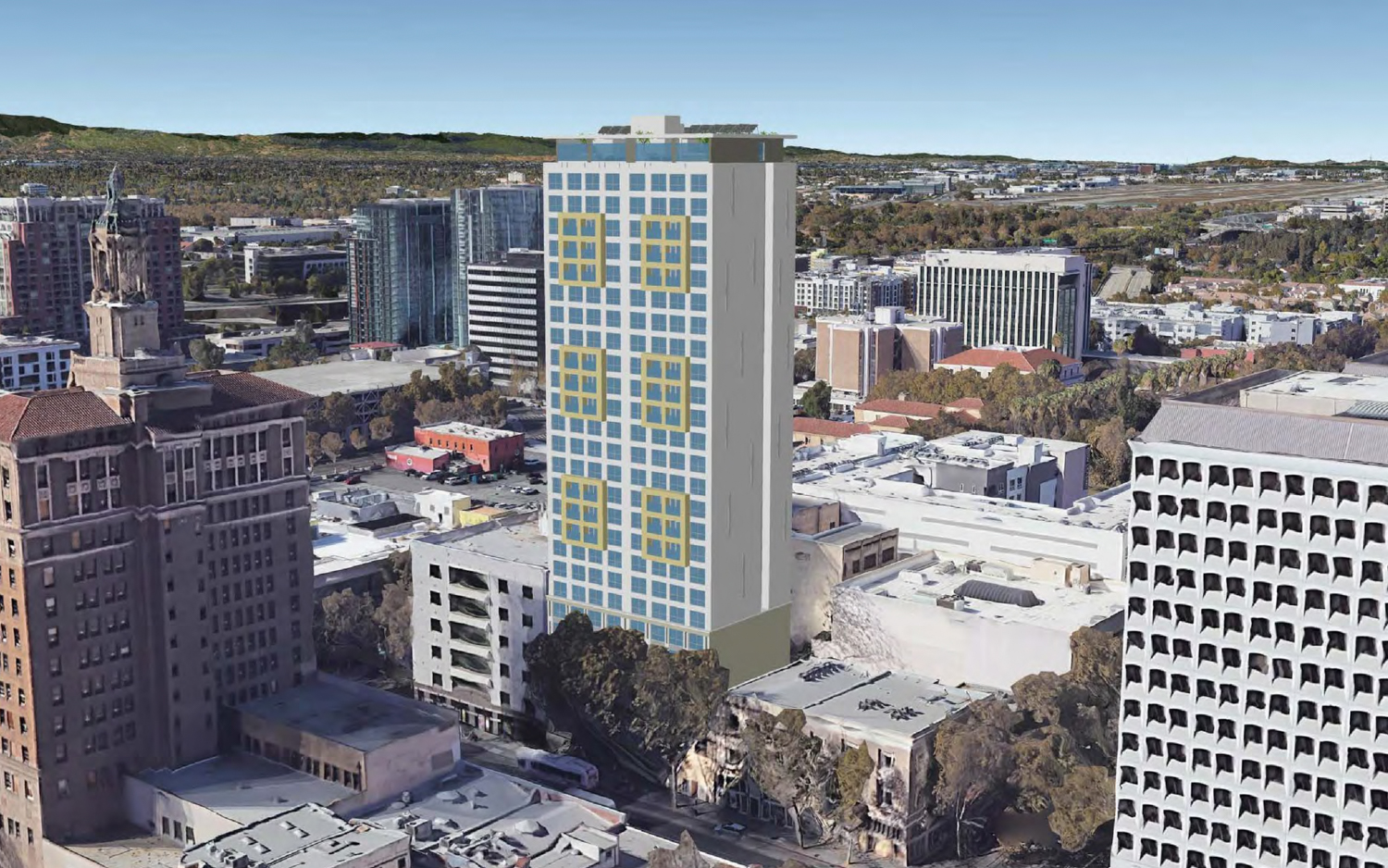 17 East Santa Clara Street aerial perspective across from the Bank of Italy, rendering by Anderson Architects

The 270-foot tall structure will create 200 new apartments, 150 of which will be 1-bedroom junior studios ranging in size from 558 to 821 square feet, and 50 studios ranging from 352 to 369 square feet in size. 31 units will be provided as low-income housing, providing the project with a density bonus and the ability to waive parking requirements. The structure is expected to yield 185,010 square feet, with 122,780 square feet of rentable floor area and 5,400 square feet for the future transit station. 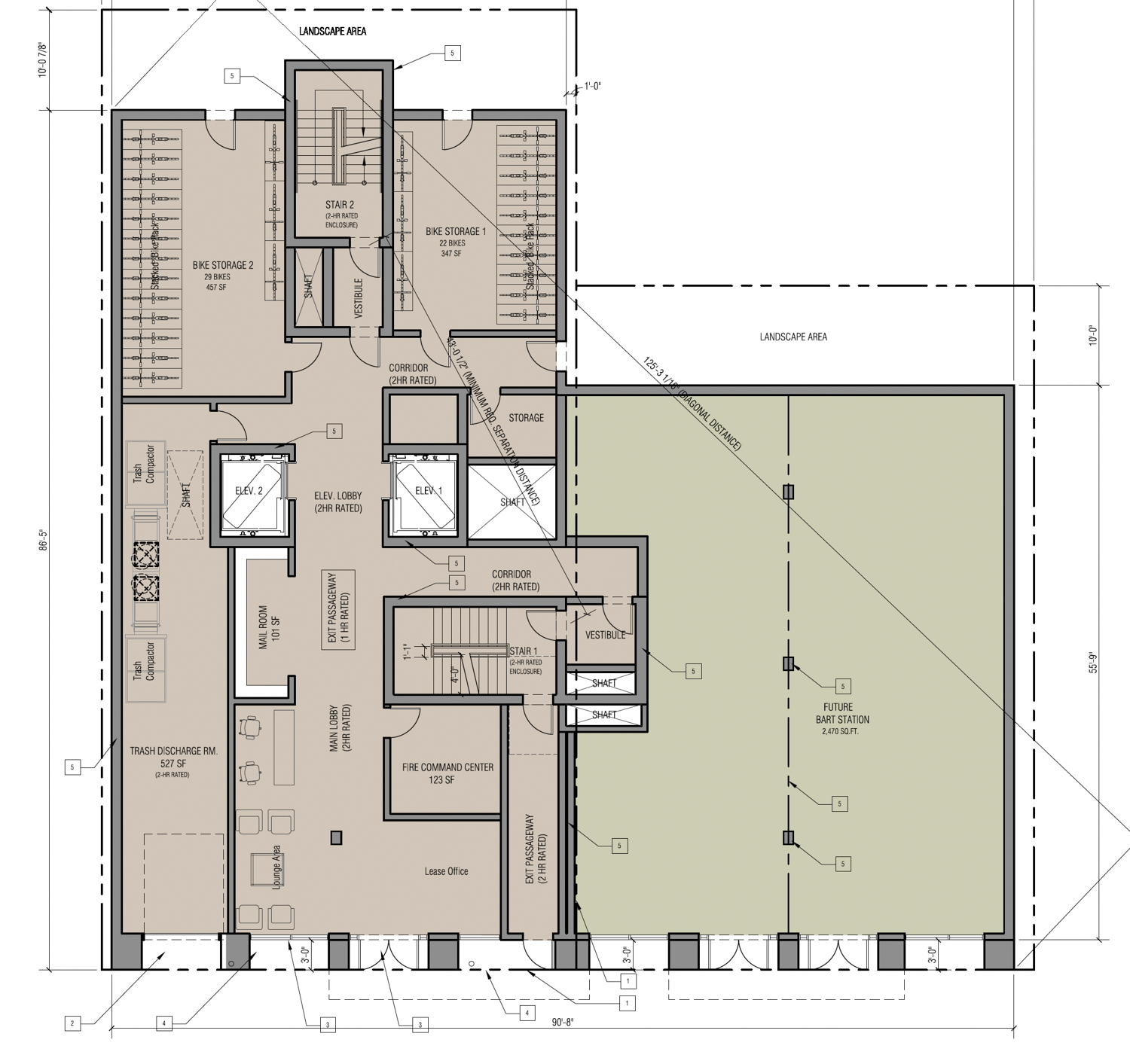 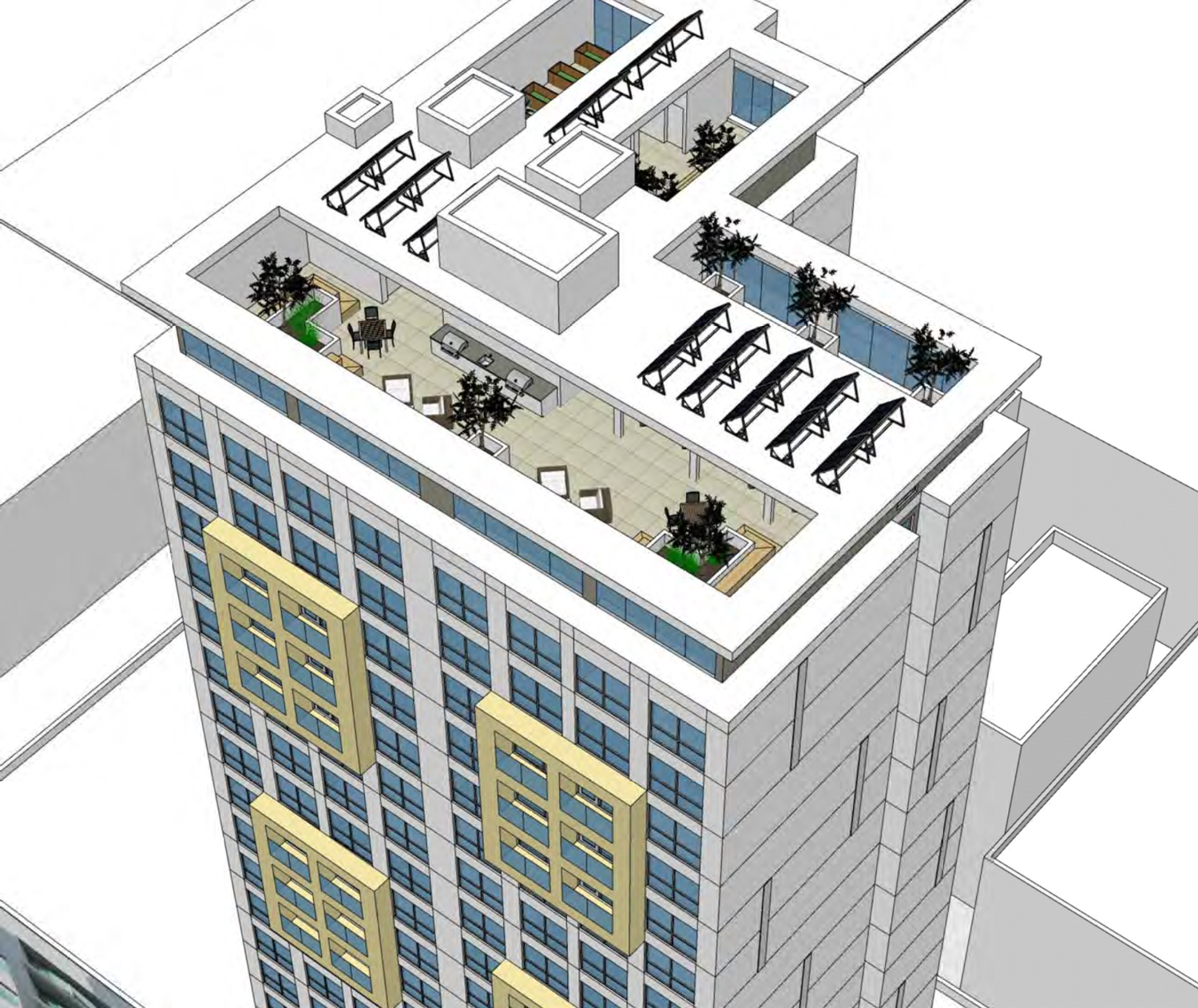 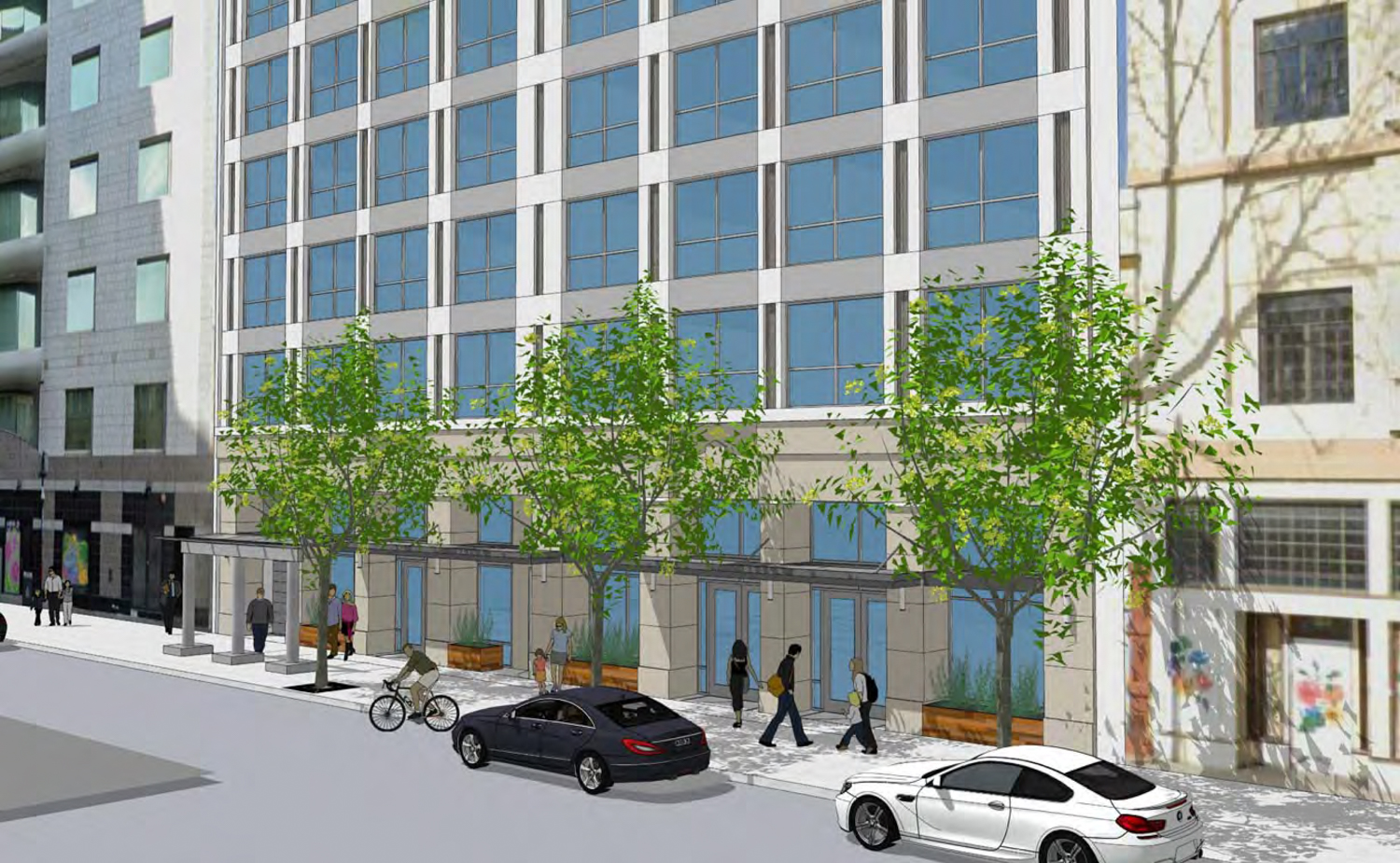 Each unit will include a bathroom, living area, kitchen, and private balcony. Residents will benefit from the main lobby, parking for 50 bicycles, and a communal rooftop terrace. 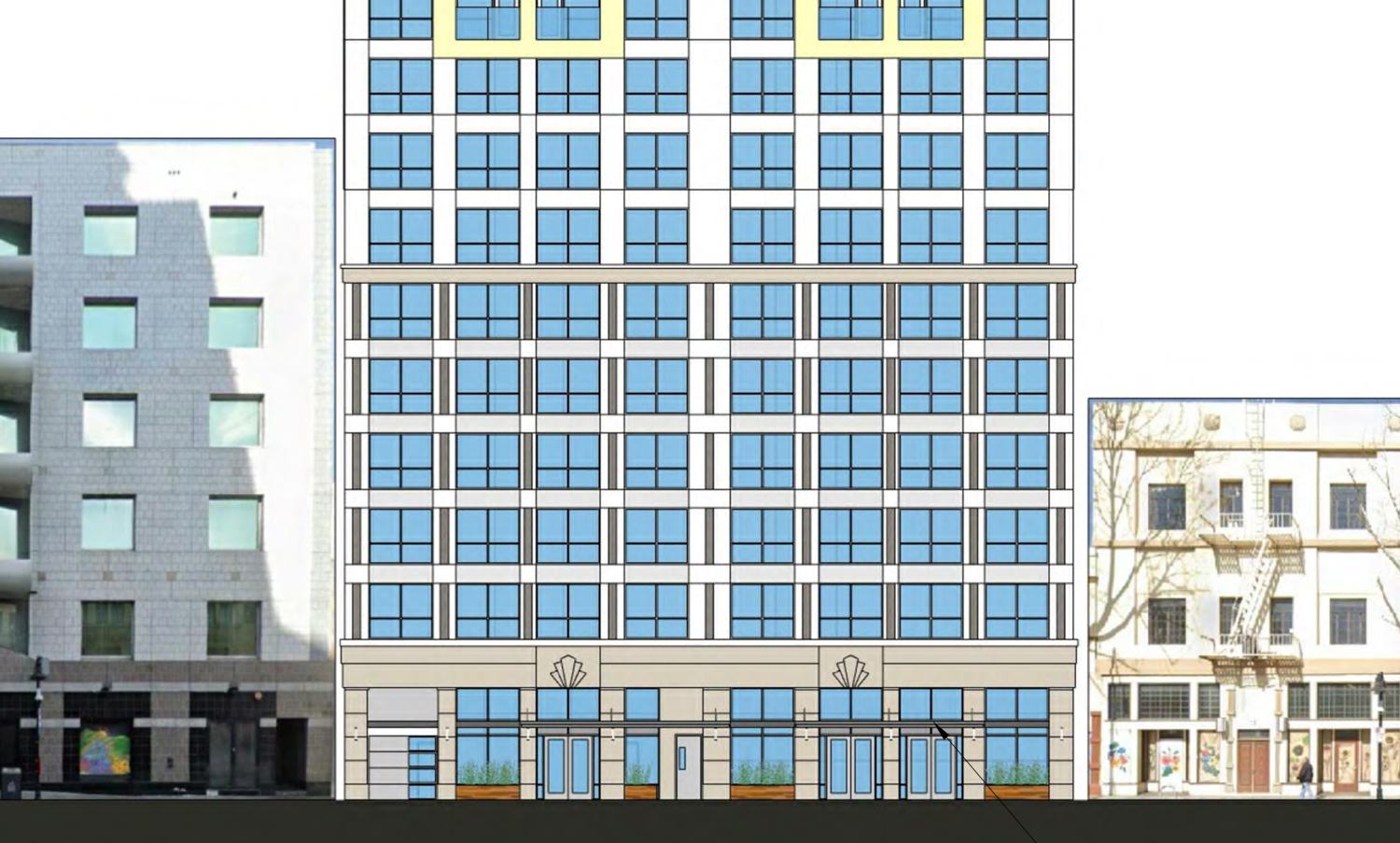 Anderson Architects is responsible for the design. The infill tower is clad with fiber cement, floor-to-ceiling windows, and cast stone panels with art deco relief ornamentation establishing the ground level. 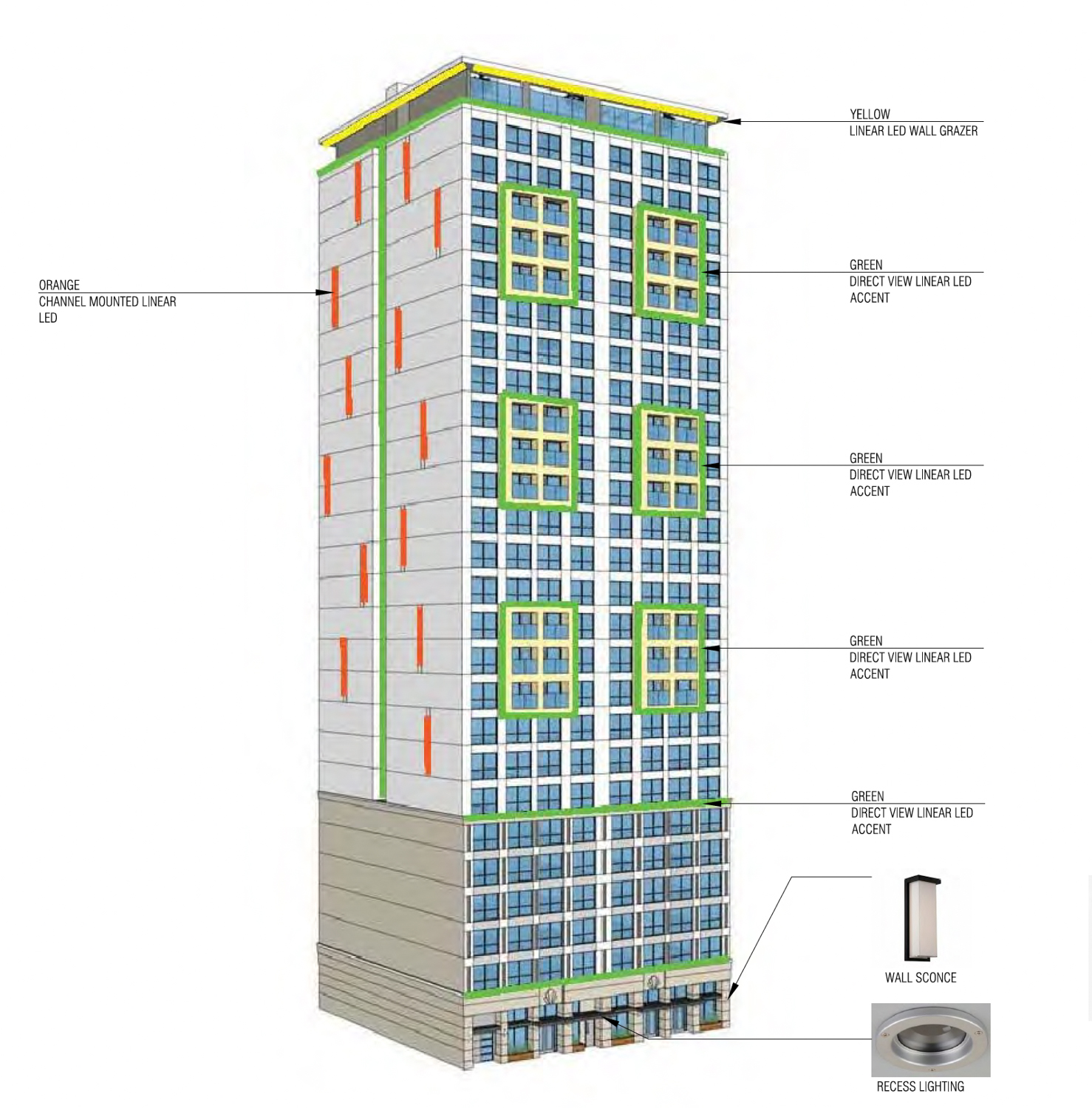 The latest design iteration also incorporates LED light fixtures to activate the property at night. The roof terrace will feature a yellow beacon light. Six Green rectangles will light up along the curtainwall facing East Santa Clara Street, while orange strips will cascade down the sides. 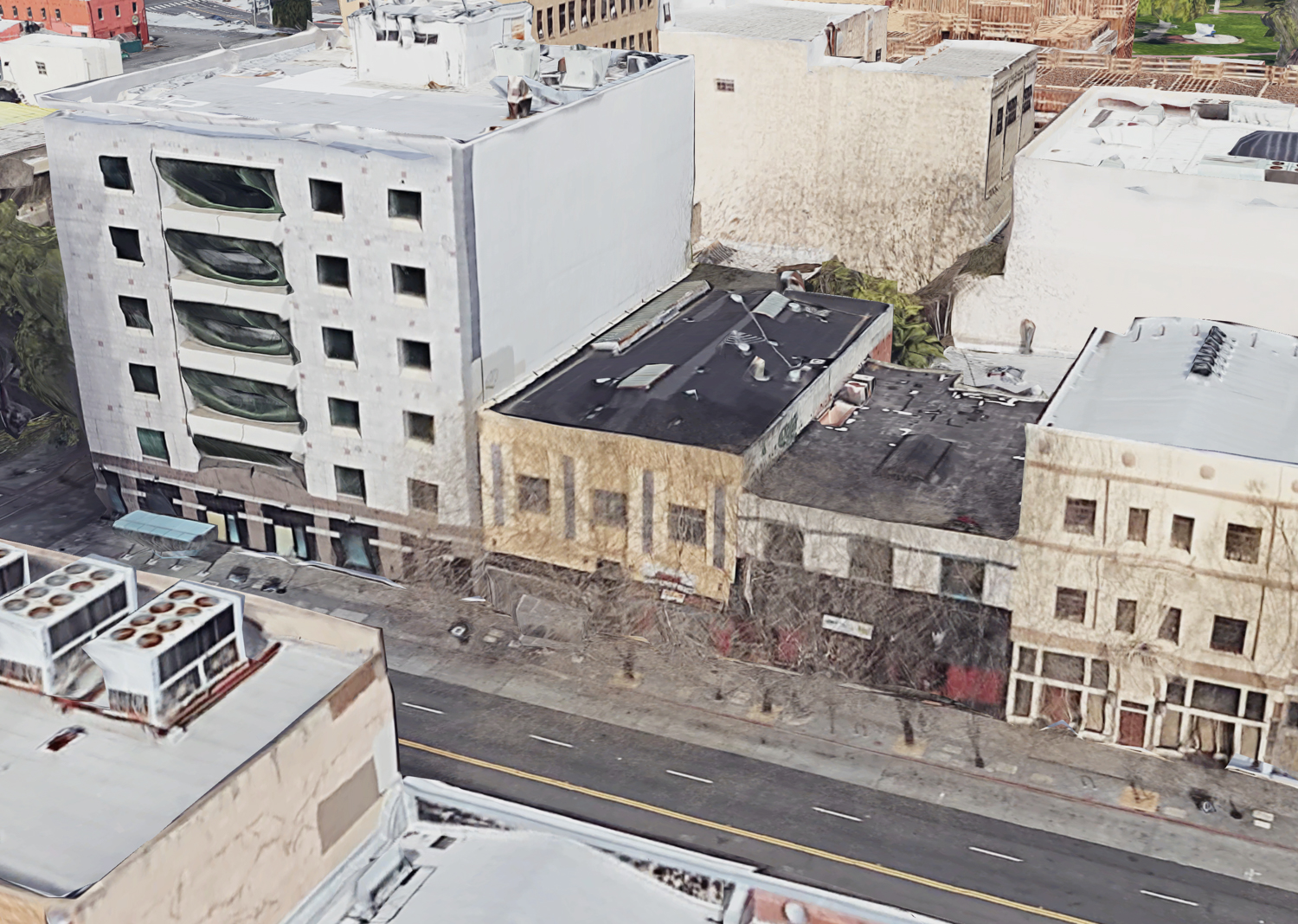 Demolition will be required for the 7,760 square-foot property. Taniguchi Landscape Architect will be responsible for landscaping, while Nterra Group is the project’s civil engineering. The estimated budget and construction timeline have not been confirmed.