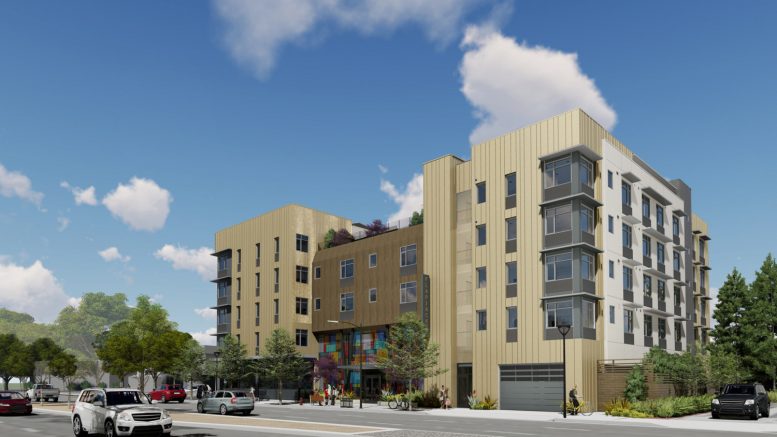 Project permits are under review for a proposed affordable housing project at 3090 South Bascom Avenue, located in the neighborhood of Cambrian Community, along the southern edge of San Jose. The five-story affordable housing proposal would add 79 new units to the San Jose market. The San Diego-based developer, Affirmed Housing, is responsible for the project. 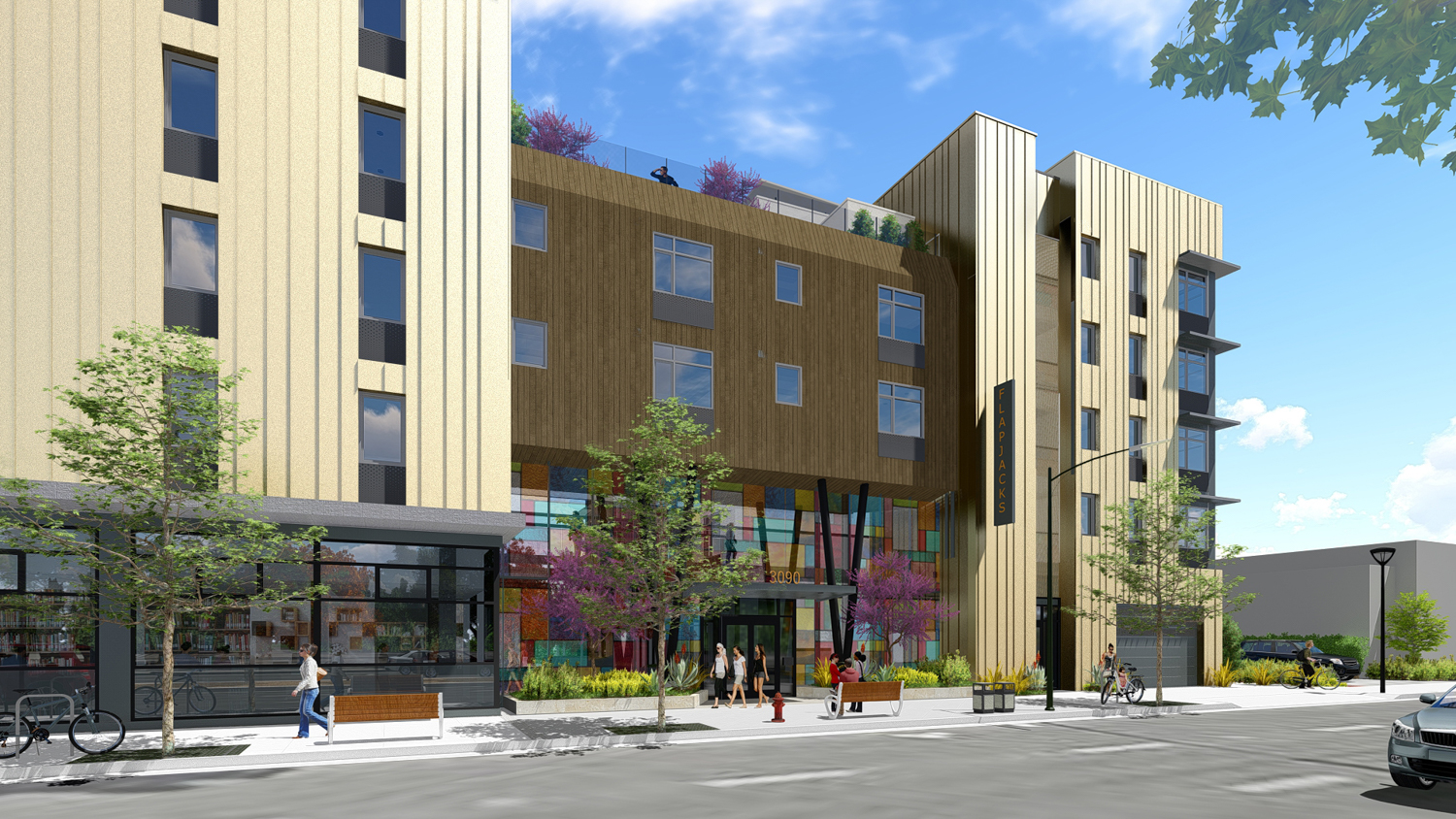 Construction is expected to start later this year, lasting 21 months before completing in 2023. The ground floor podium will be topped with an amenity courtyard, including flex spaces. A recreation roof deck will be included on the fifth floor.

Van Meter Williams Pollack is responsible for the design. The design is articulated around various colors highlighting distinct sections of the facade. As VMWP writes, “The building frontage along South Bascom Avenue is broken up into three pieces. The mid-section, or bridging element, has a two-story lobby with a transparent art wall facing Bascom that connects to the courtyard beyond, providing a connection from South Bascom and enlivening the street frontage.” 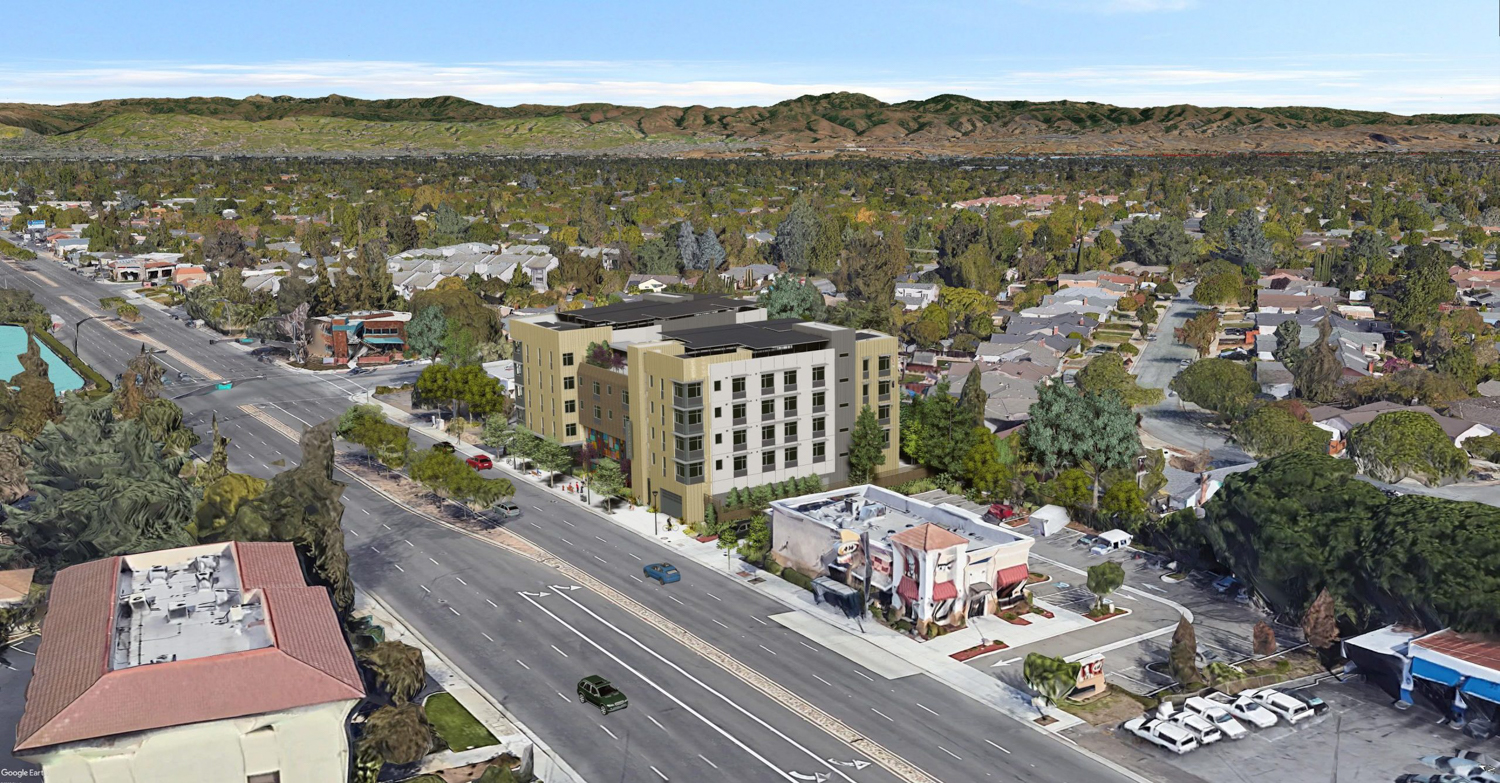 The street level will include improvements to enhance the pedestrian experience. Construction will have a net-zero impact. The developers will also partner with local artists to incorporate public artwork on-site. On-site, some 2,300 square feet of innovation space will be included to foster start-ups, non-profits, and small lab functions. 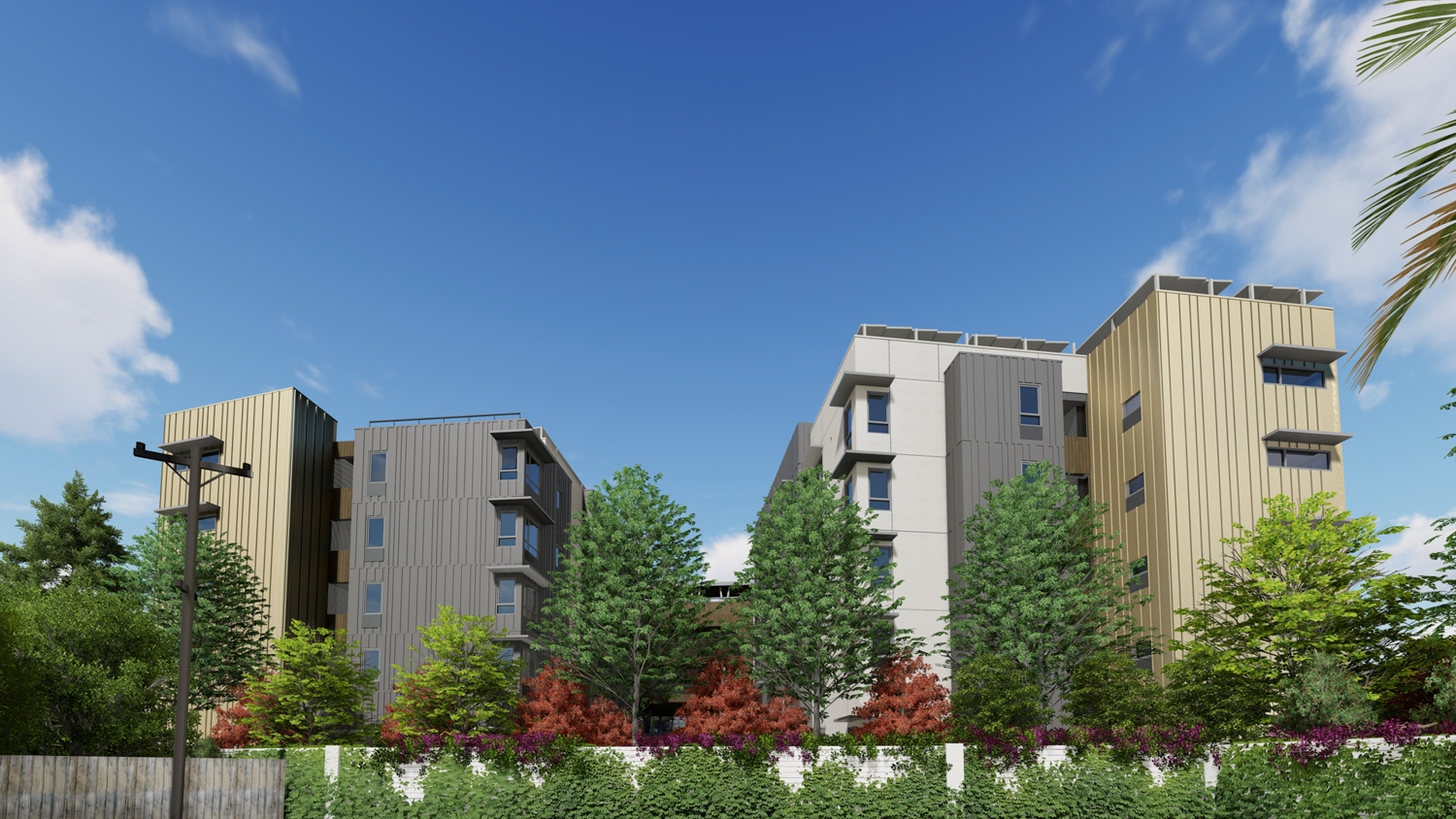 Parking will be included for 40 vehicles below grade and 79 bicycles. Residents will also be provided with a VTA pass. 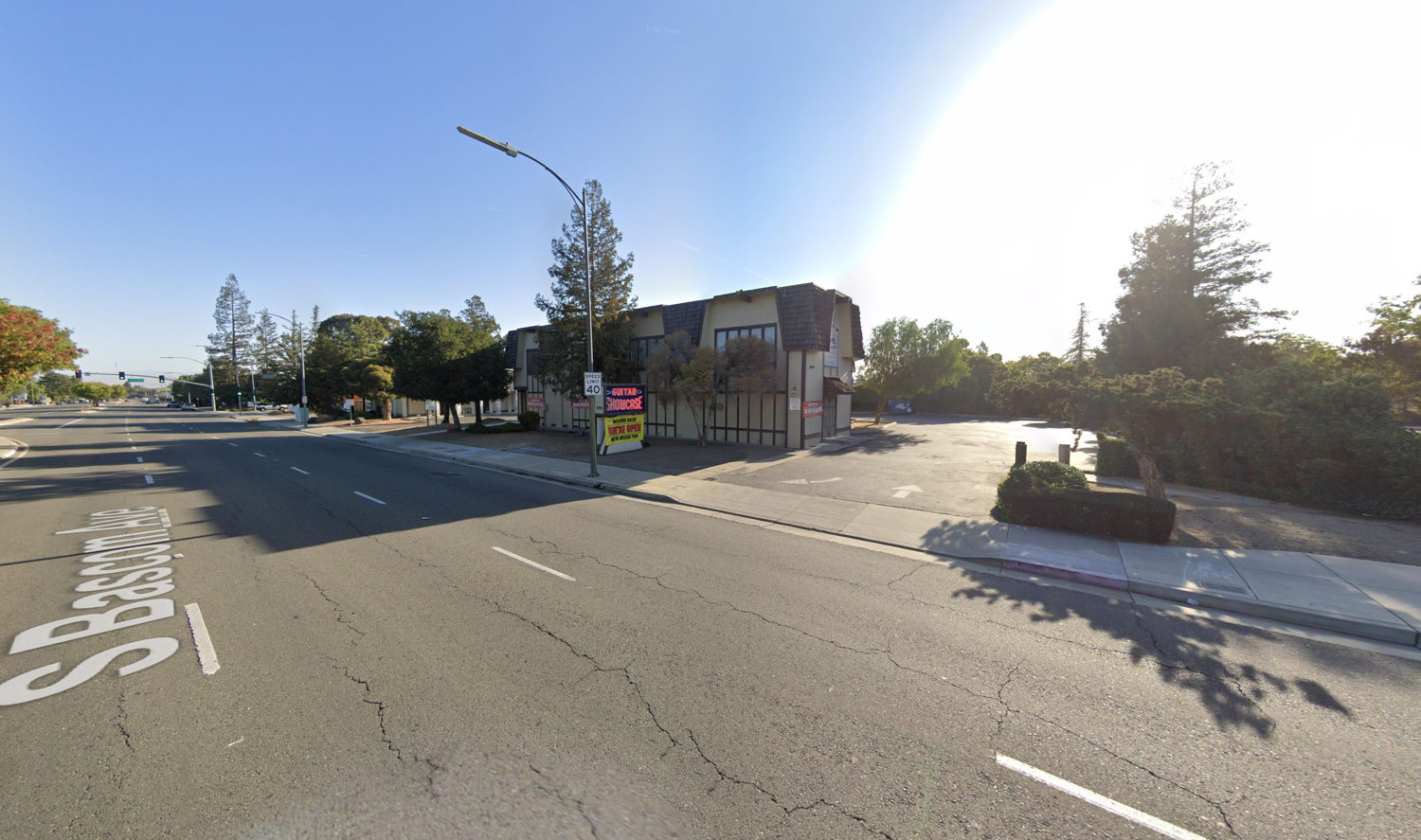 The project is expected to cost $66.9 million, with funding expected from the local, state, and federal governments. The developer anticipates that construction could start later this year based on funding, lasting 21 months and completing in 2023.