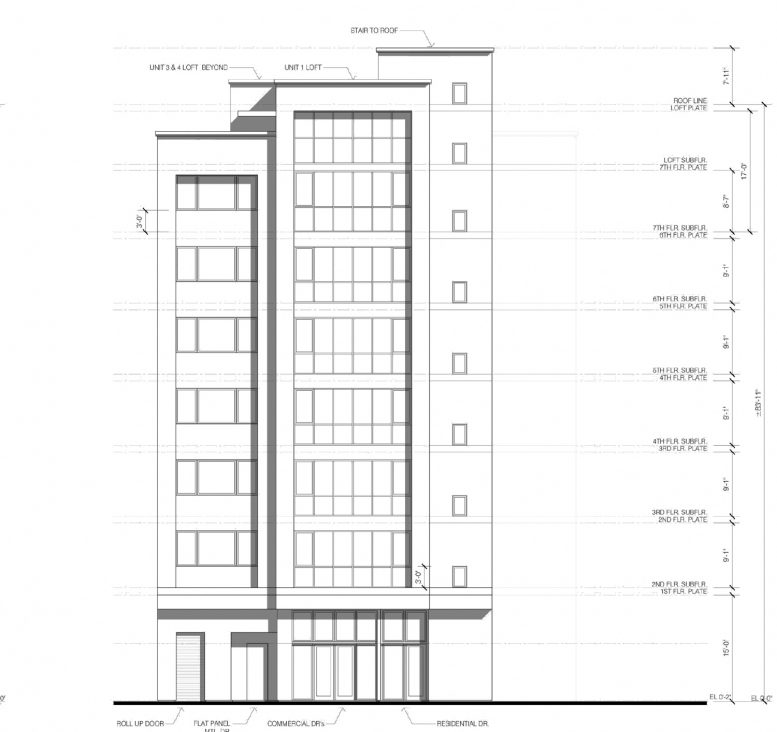 Plans have been revealed for an eight-story mixed-use development at 2040 Mission Street in San Francisco’s Mission District. The proposal would create 42 new apartments next to the 16th Street Mission BART Station. Hunt Hale Jones is responsible for the architecture. 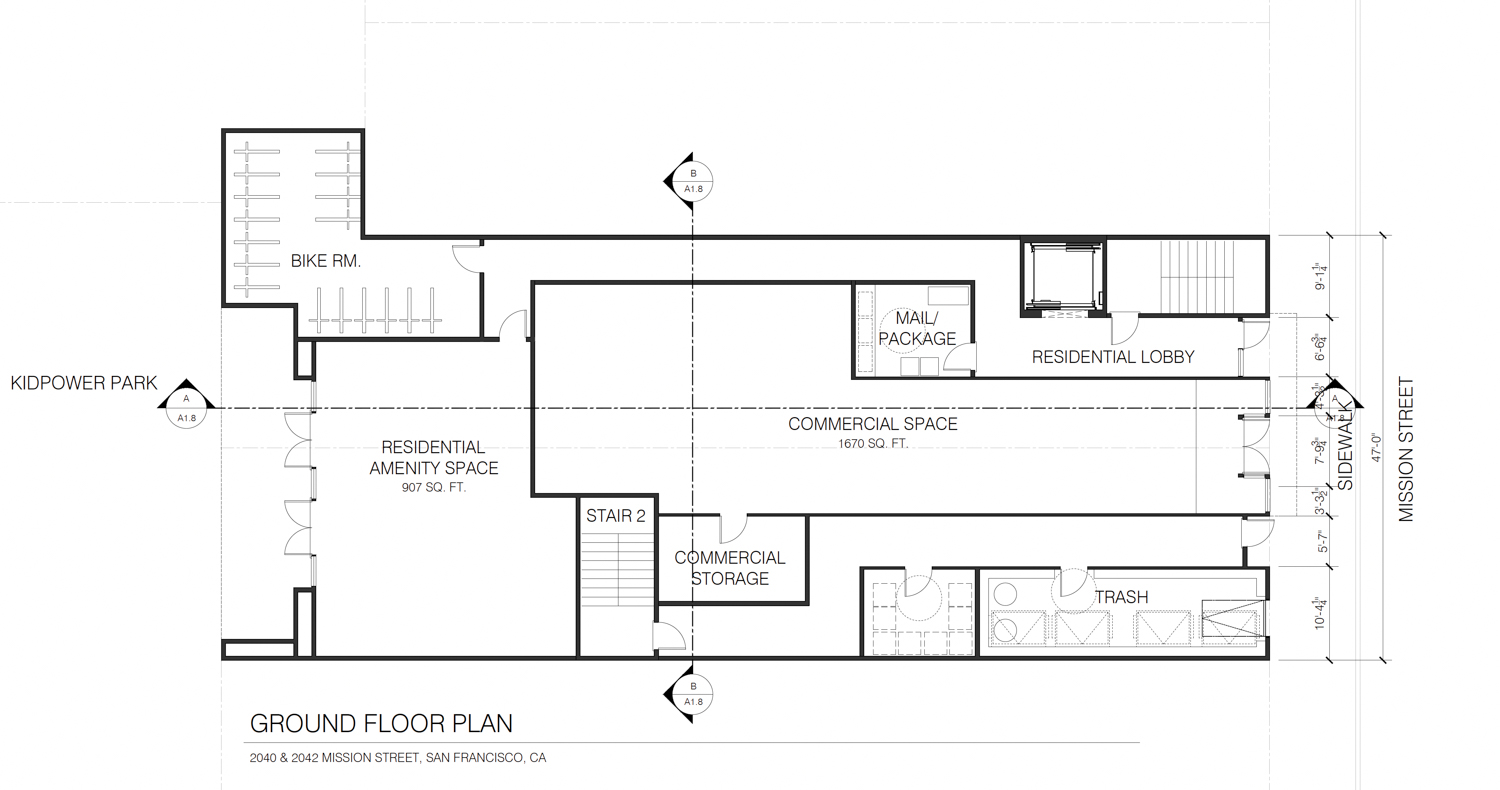 The 85-foot tall structure will average seven units per floor between the second and seventh stories. Three lots on the top floor will have spiral staircases connecting to an additional room on the eighth floor. Two of the lofts will have 200 square foot rooms on the top floor, while the third will span 280 square feet and access to a private rooftop terrace. 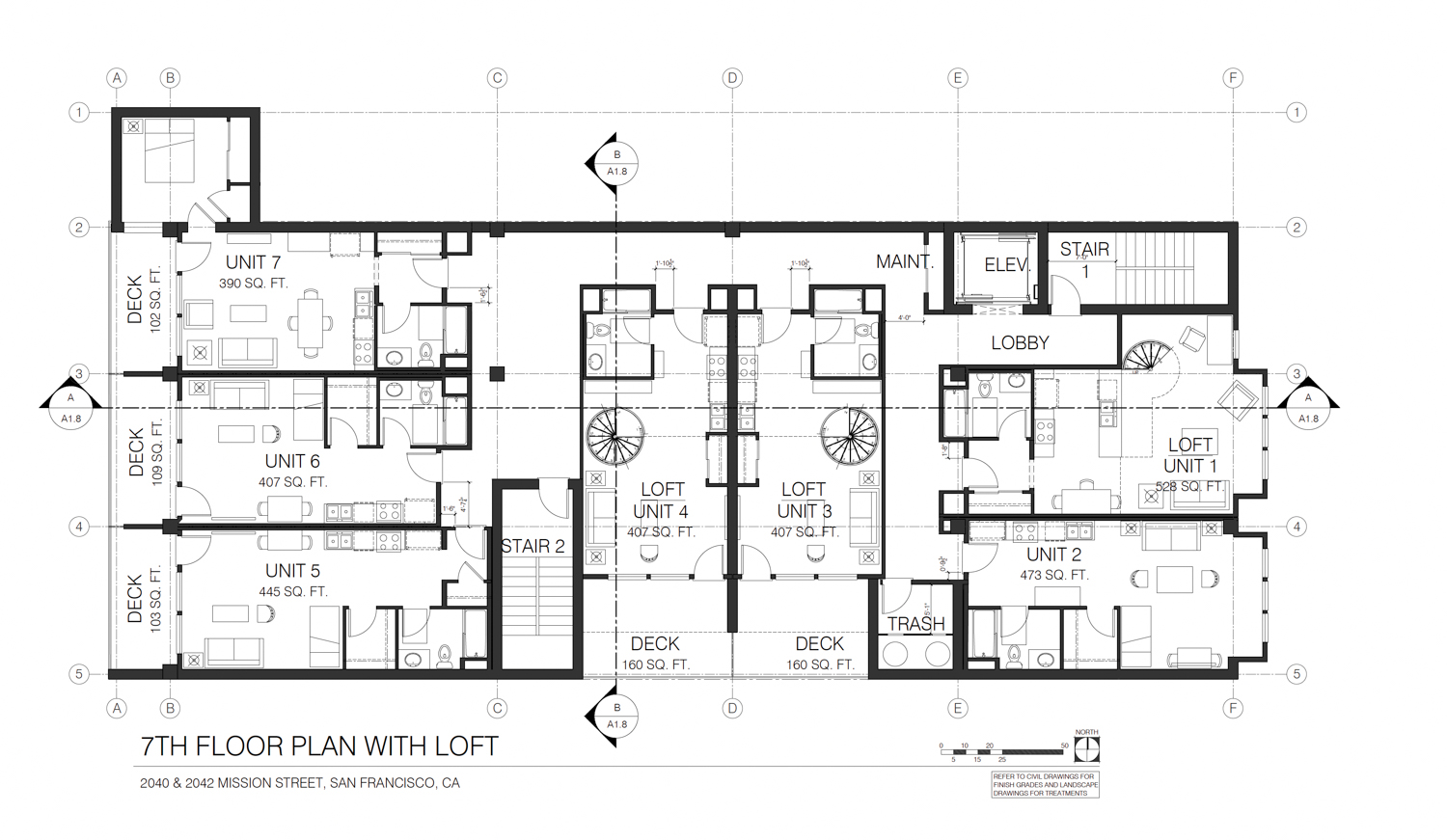 Hunt Hale Jones is responsible for the design. The development is in a preliminary stage, to the design is likely to change significantly before construction starts as neighborhood feedback and more information is gathered by the development team.

The project will require the demolition of a two-story building and a three-story building with vacant retail storefronts and residences connected with Radha Hotel. 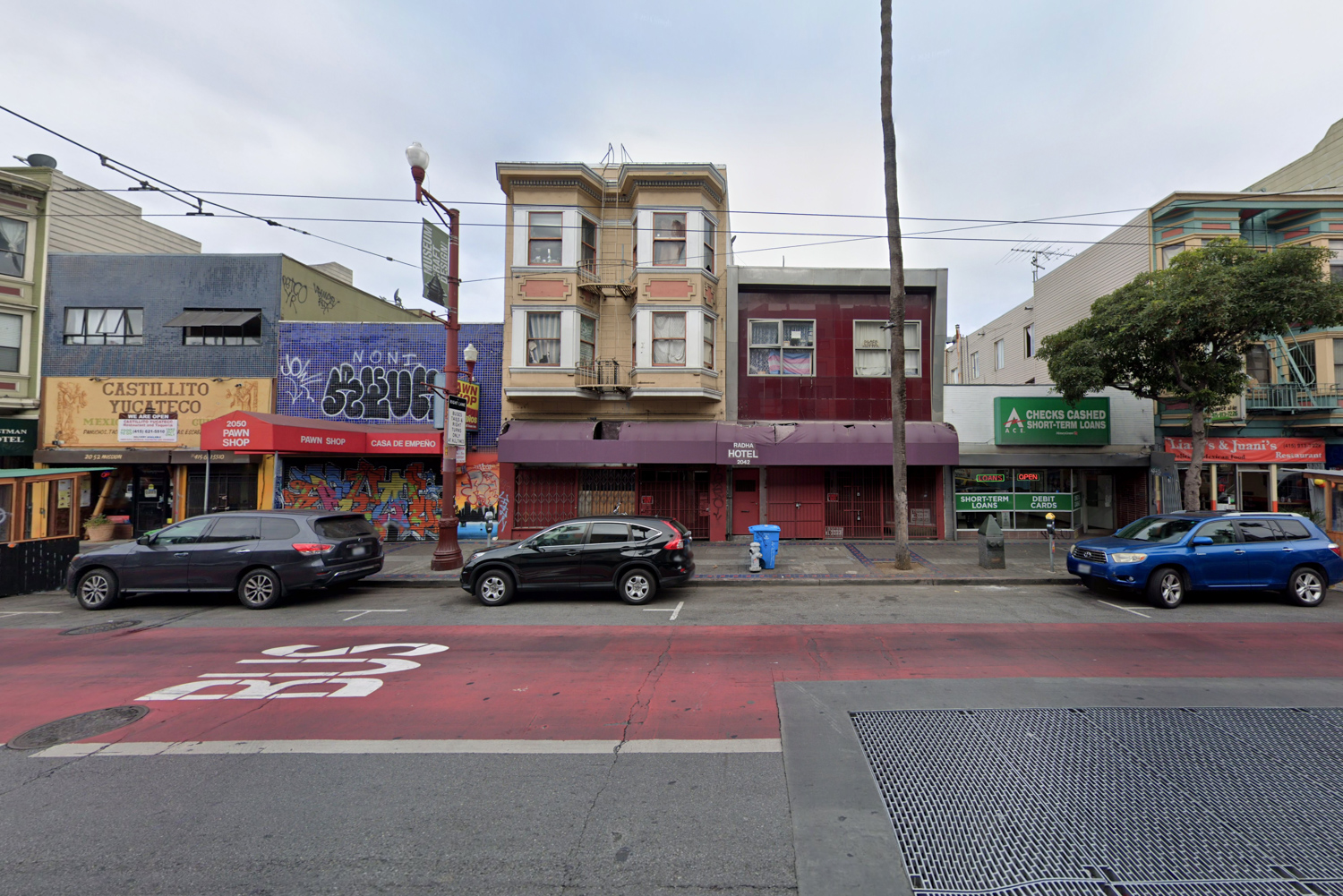 City records show the property last sold in 2006 for $1.8 million. According to the application, the property owner is Dublin-based Fuyi Industrial Investments LLC. The estimated cost and timeline for construction have not yet been published.

Be the first to comment on "Eight-Story Plans Revealed for 2040 Mission Street, Mission District, San Francisco"