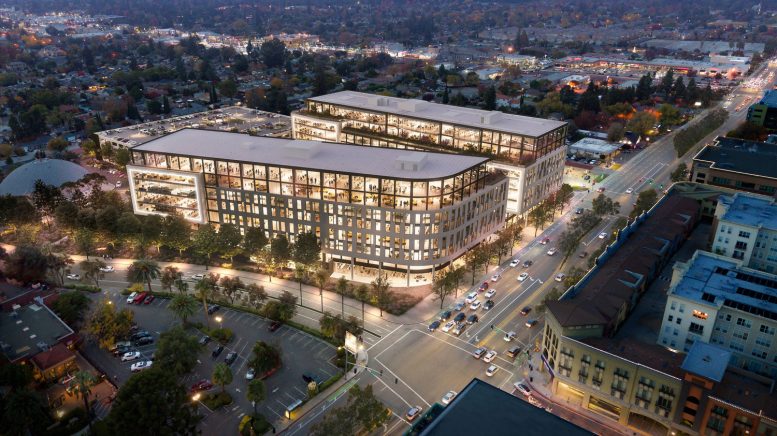 Santana West buildings one and two, rendering by STUDIOS

A recent site visit by SFYIMBY shows that construction work is almost finished for One Santana West, a new office building in West San Jose. The project will provide a new hub with a capacity for over a thousand employees in a burgeoning mixed-use district. Federal Realty Investment Trust is responsible for the development of Santana West, as well as the busy mixed-use Santana Row plan across the street. 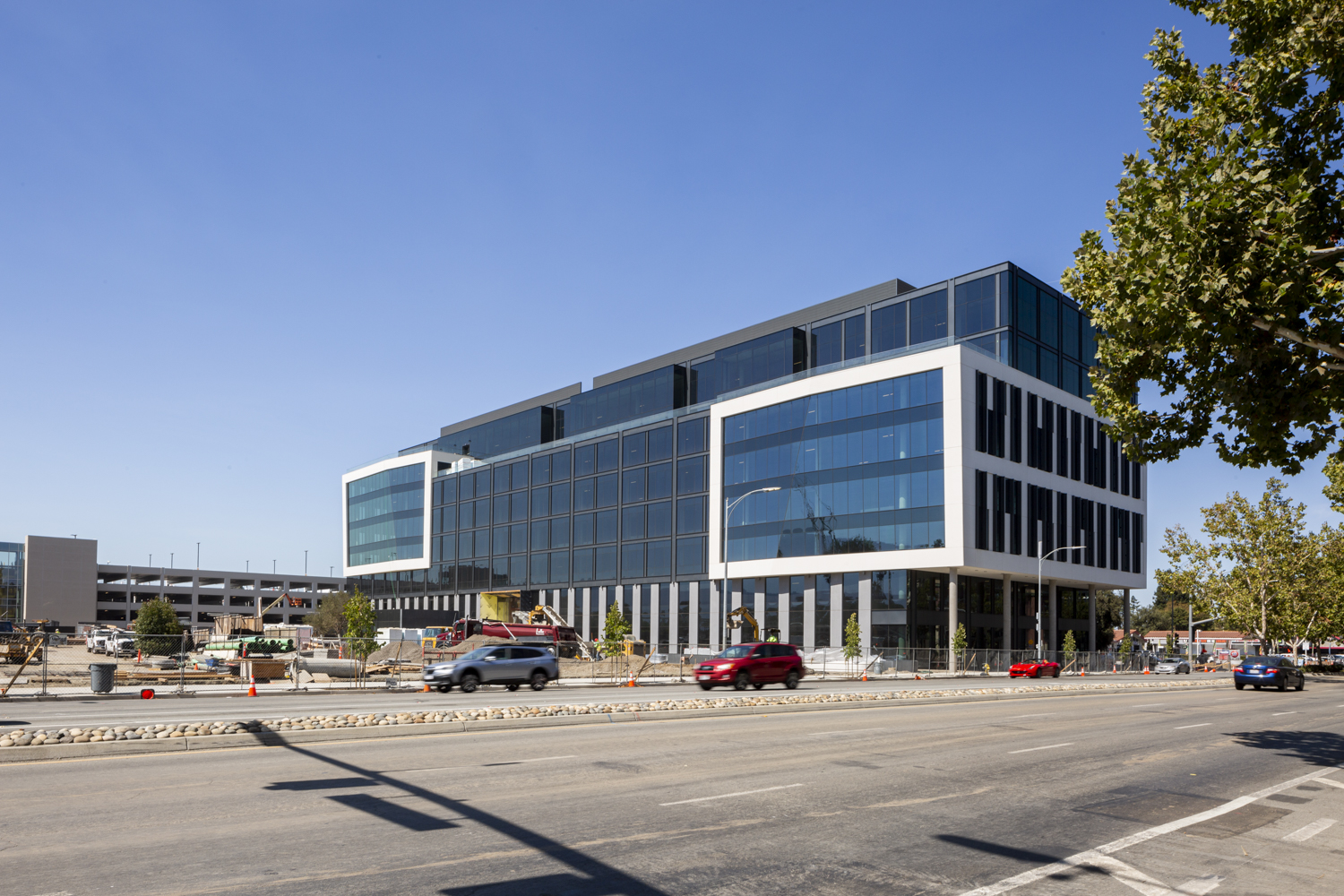 Newmark is currently scouting for tenants for the 375,000 square foot facility next to the busy Santana Row retail and apartments hub. In April of this year, NetApp agreed to relocate its headquarters from a campus location to the 304,000 square foot office building at 700 Santana Row. The Silicon Valley Business Journal announced the full-building lease with the “Deal of the Year” award. In 2019, Twitter signed a lease for 30,000 square feet of office space in Santana Row. 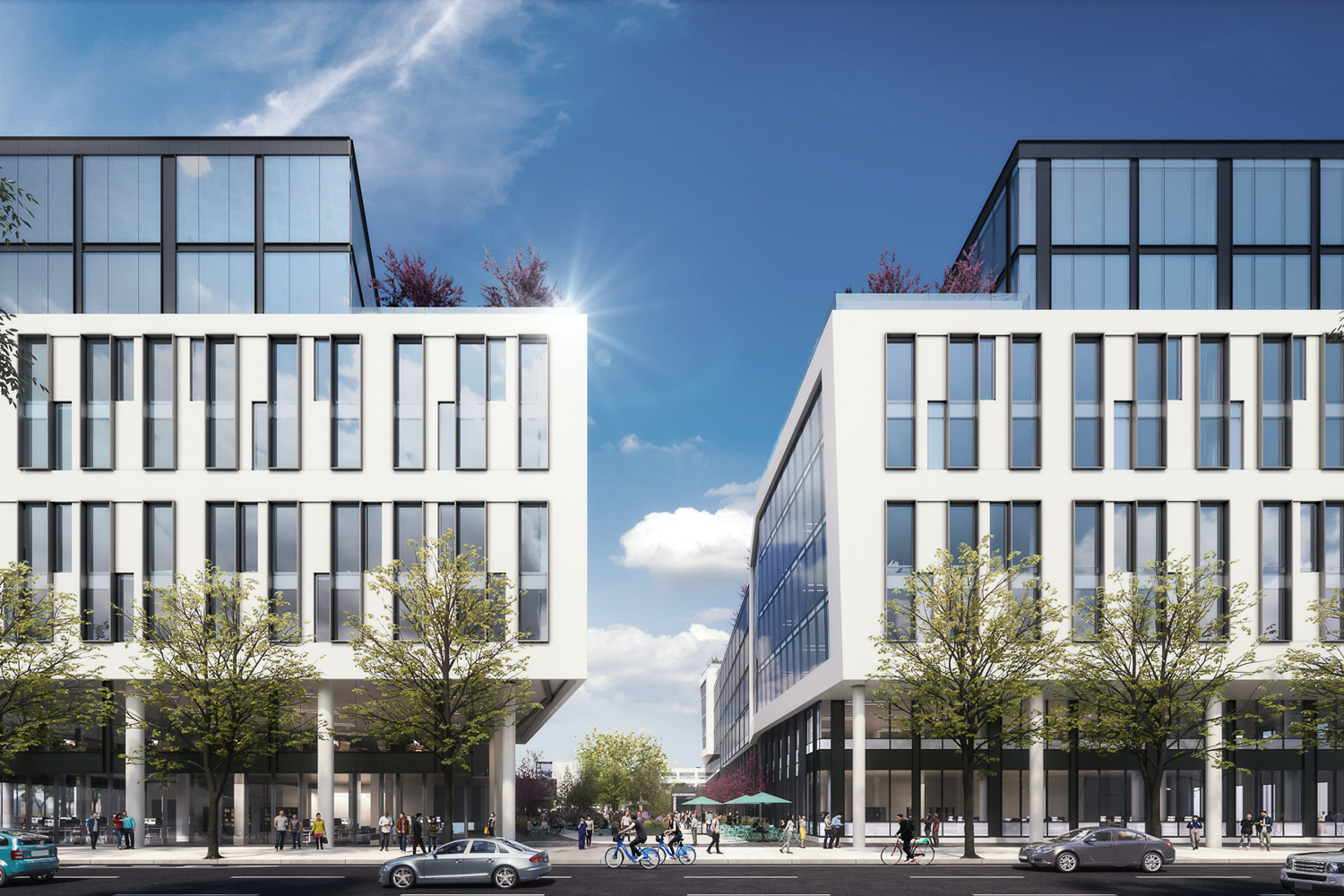 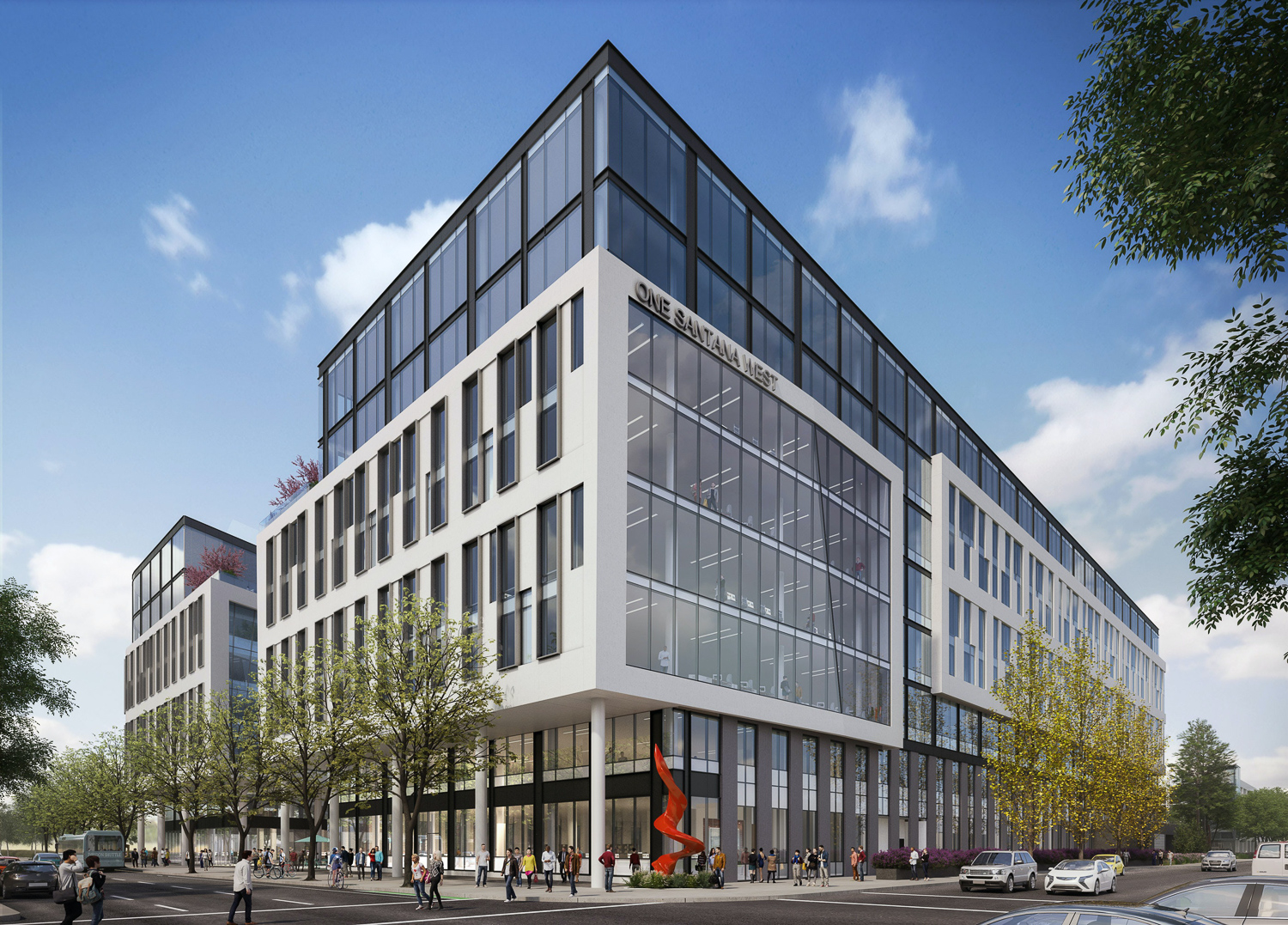 At full build-out, Santana West will produce nearly a million square feet of office space with a capacity for two to three thousand employees along with parking for 2,850 vehicles, retail, and greenery. The project preserves a mid-Century theater as part of the cultural aspect of the mixed-use Santana Row / Valley Fair Urban Village plan. Floorplates will average around 54,000 square feet. 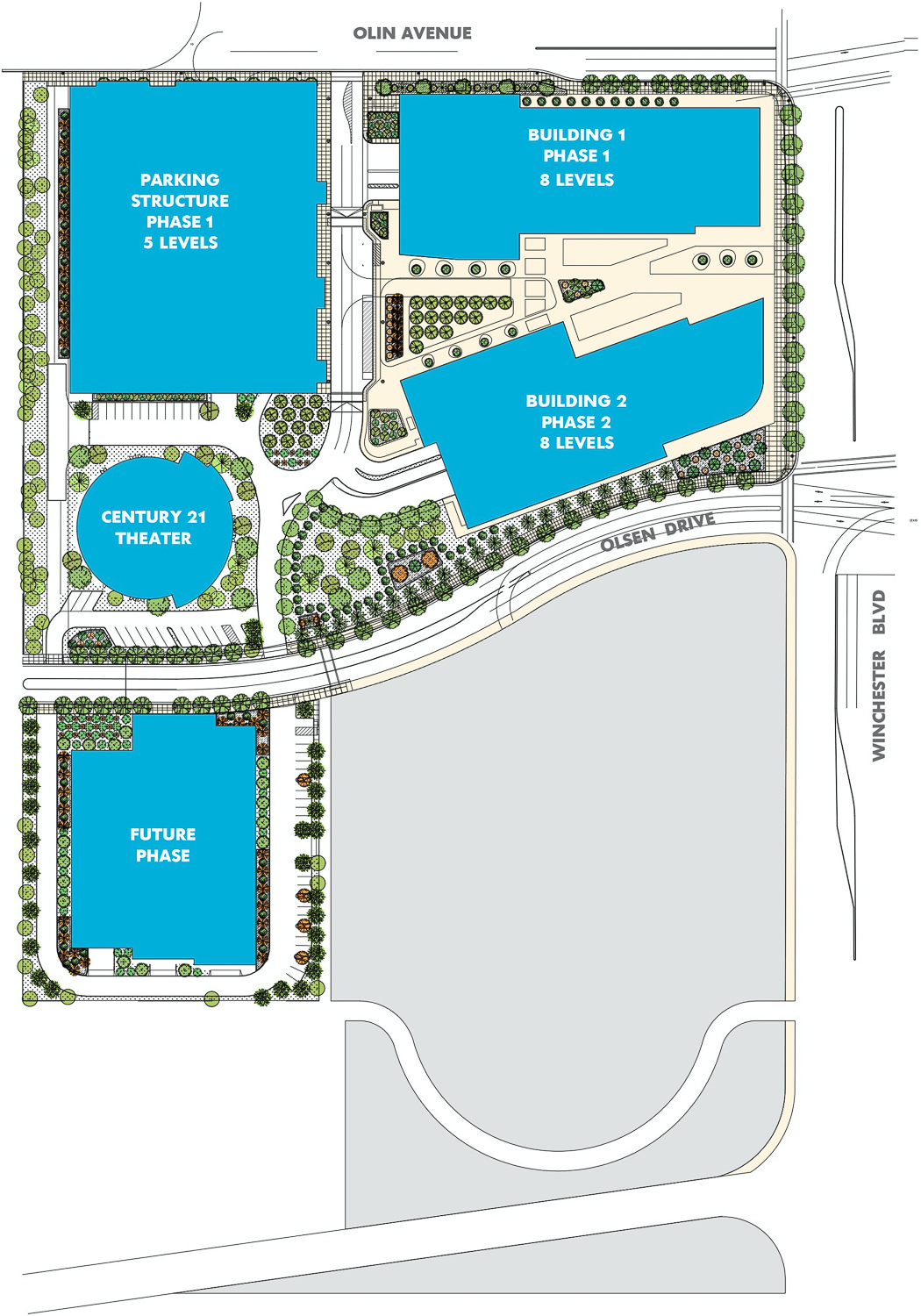 STUDIOS is the project architect. The design incorporates blue curtain wall with glass fiber reinforced concrete and dark metal panels. Inside, the high-ceiling office space uses innovative concepts to be flexible depending on tenant needs. Over an acre of outdoor terraces will be included on levels two, seven and eight. 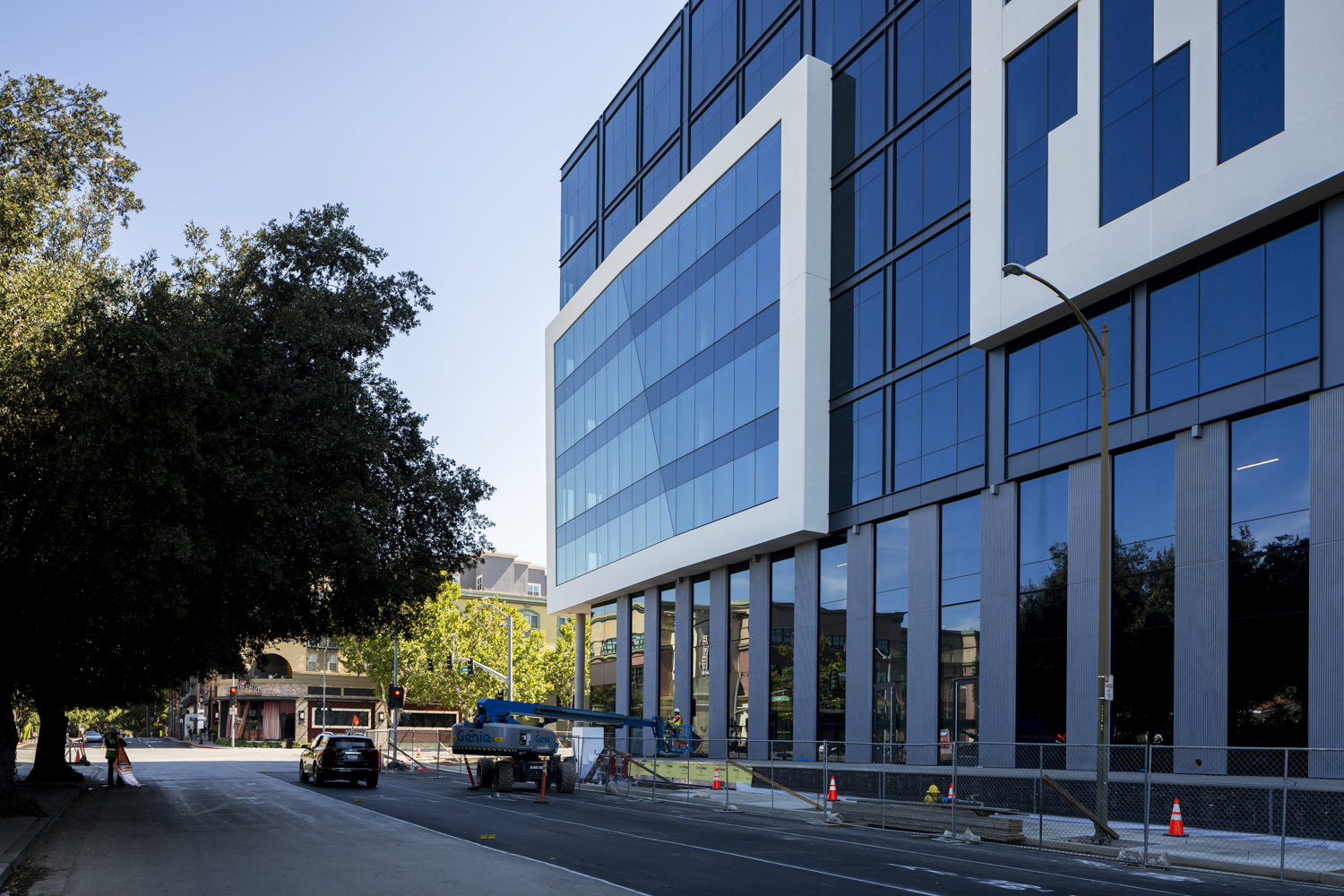 The structure will also include efficient HVAC systems with medical-grade filters in an above-standard air cleaning system, touchless and automated elevators and doors, seven high-speed elevators, and two-lane staircases. Federal Realty also tells SFYIMBY the office space will include, “notable tenant-centric innovations including adding a fourth stairwell to the three originally planned and constructed, in this instance near the central lobby of the building to provide inviting convenience access off of the acre-plus, landscaped plaza at the ground level. A further rare amenity option for upper-floor tenants is a pre-engineered knock-out panel between each interior floor for flexibility of adding open architectural stair access between work groups on adjacent floors.” 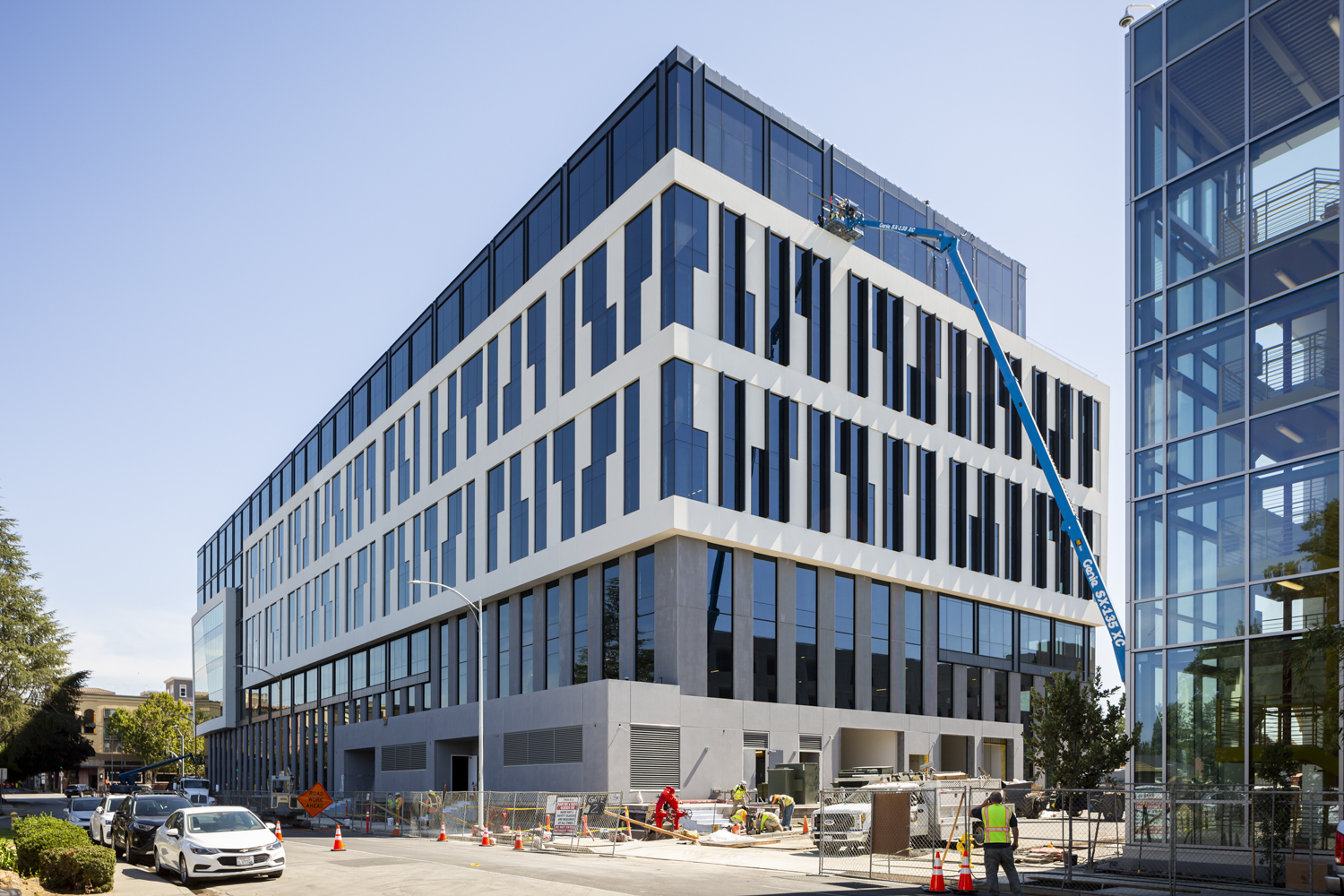 Devcon Construction crews worked impressively fast to seal up the major office block. SFYIMBY reported facade installation was starting in early March. Most of the exterior was in place by June. Now, crews on-site are touching up the exterior and starting on the surrounding pedestrian areas. Crews have not yet started work one Two Santana West, the second office structure. 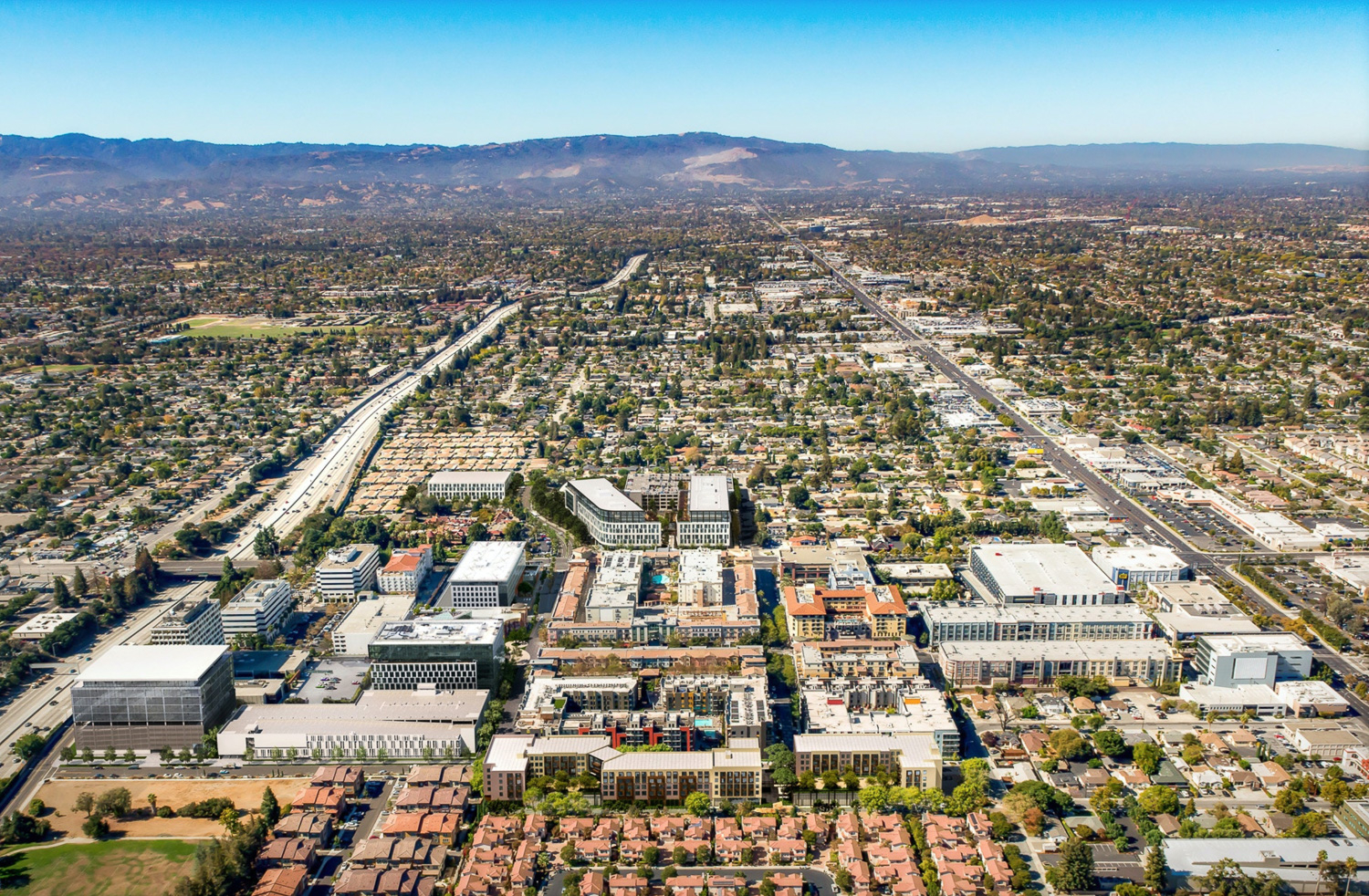 Urban Villages is a development strategy in San Jose that reached the city’s 2040 General Plan, adopted in 2011. The plan includes a promise to become more walkable, bicycle-friendly, and transit-oriented. Santana Row / Valley Fair Urban Villages is just one of thirteen approved urban villages, with three more under development. Several stories from SFYIMBY have been made possible from the new program, highlighting the effectiveness of the rezoning. 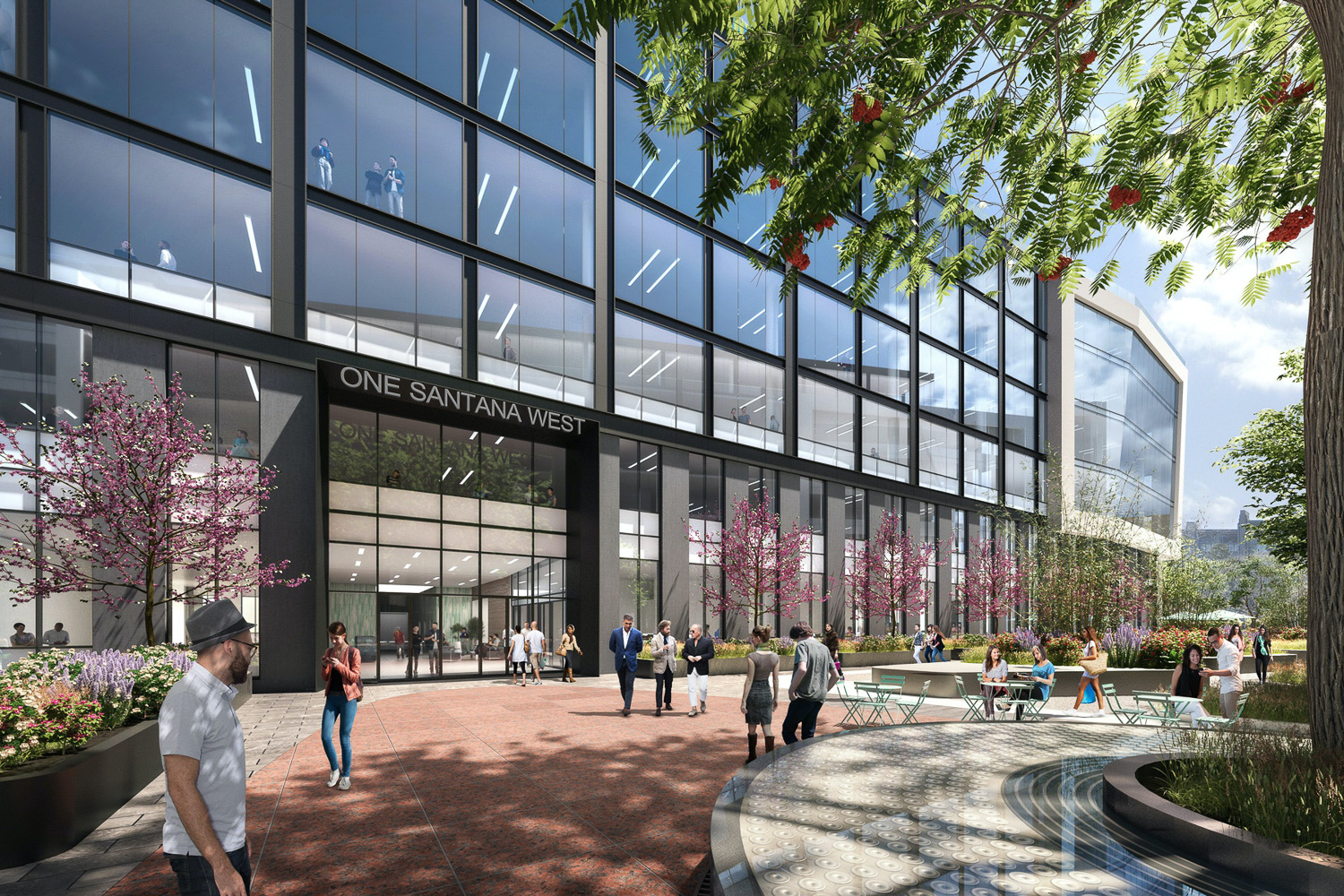 Santana Row is a 40-acre development plan led by Federal Realty, blending American and European urbanist principles to focus on a pocket of pedestrian-oriented shops and houses amid the sea of Santa Clara and San Jose’s car-oriented suburbs.