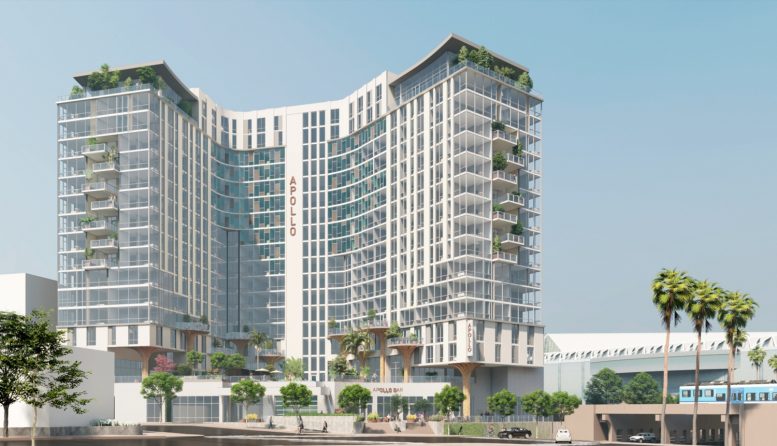 The formal application has been filed to build an 18-story mixed-use development at 32 Stockton Avenue in San Jose. The project, to be called Apollo, is expected to add nearly five hundred new dwelling units across from the San Jose Diridon Station near Downtown San Jose. Urban Catalyst is the project developer.

The project will rise up at least 180 feet high from the 1.12-acre site with 497 new dwelling units and 8,500 square feet of ground-level retail. The project will span 32 to 60 Stockton Avenue between West Santa Clara Street and West Julian Street. Construction will require the demolition of a few small structures, though much of the existing site is paved with asphalt. 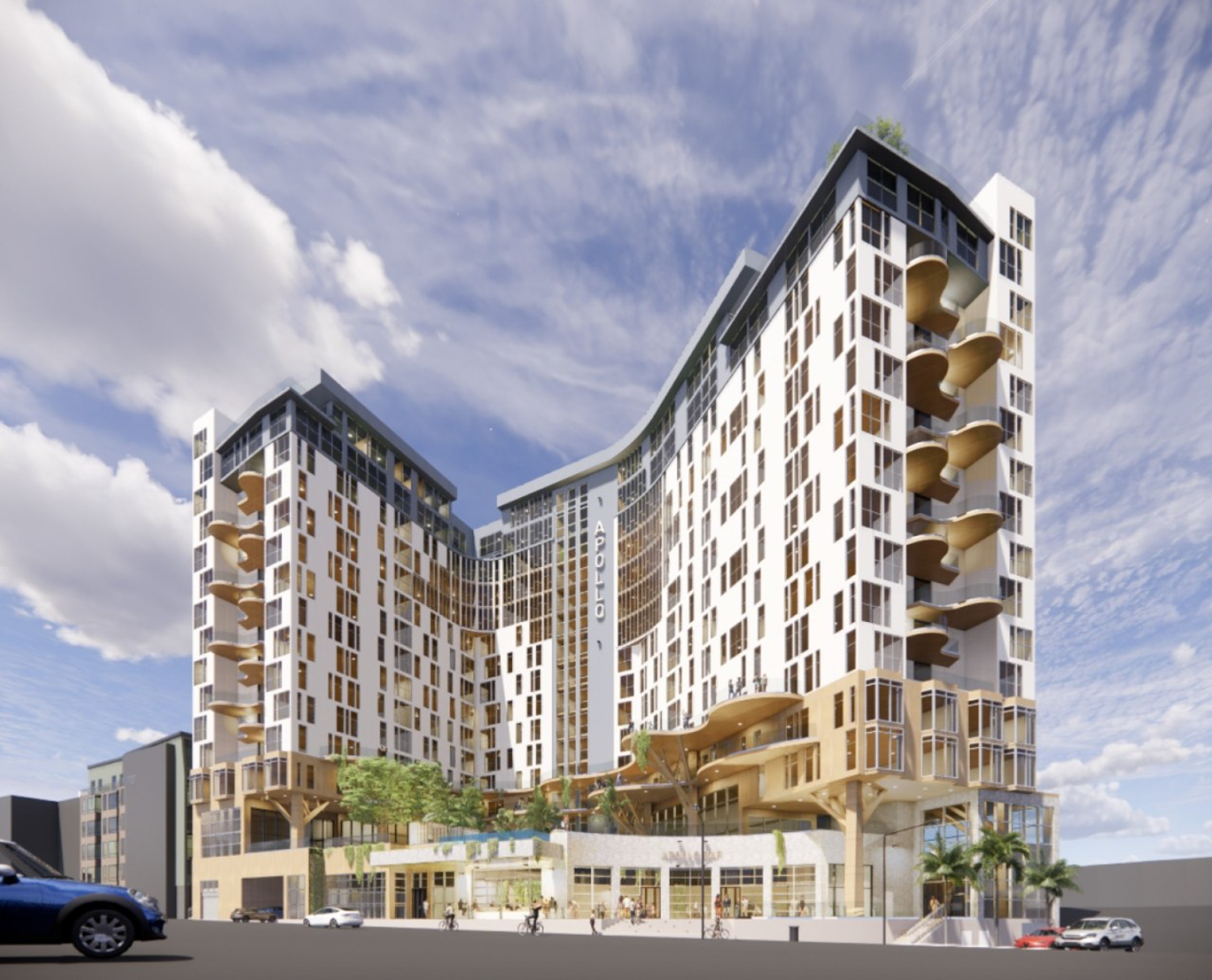 Aedis Architects is the project architect. New illustrations show the design has been tamed, with more conventional curtainwall and rectilinear balconies. The previous design illustrated more balconies on each end, curving in a manner evocative of the structure’s winged floorplan. Residential amenities will include a podium-topping deck and rooftop terraces with views across the valley. 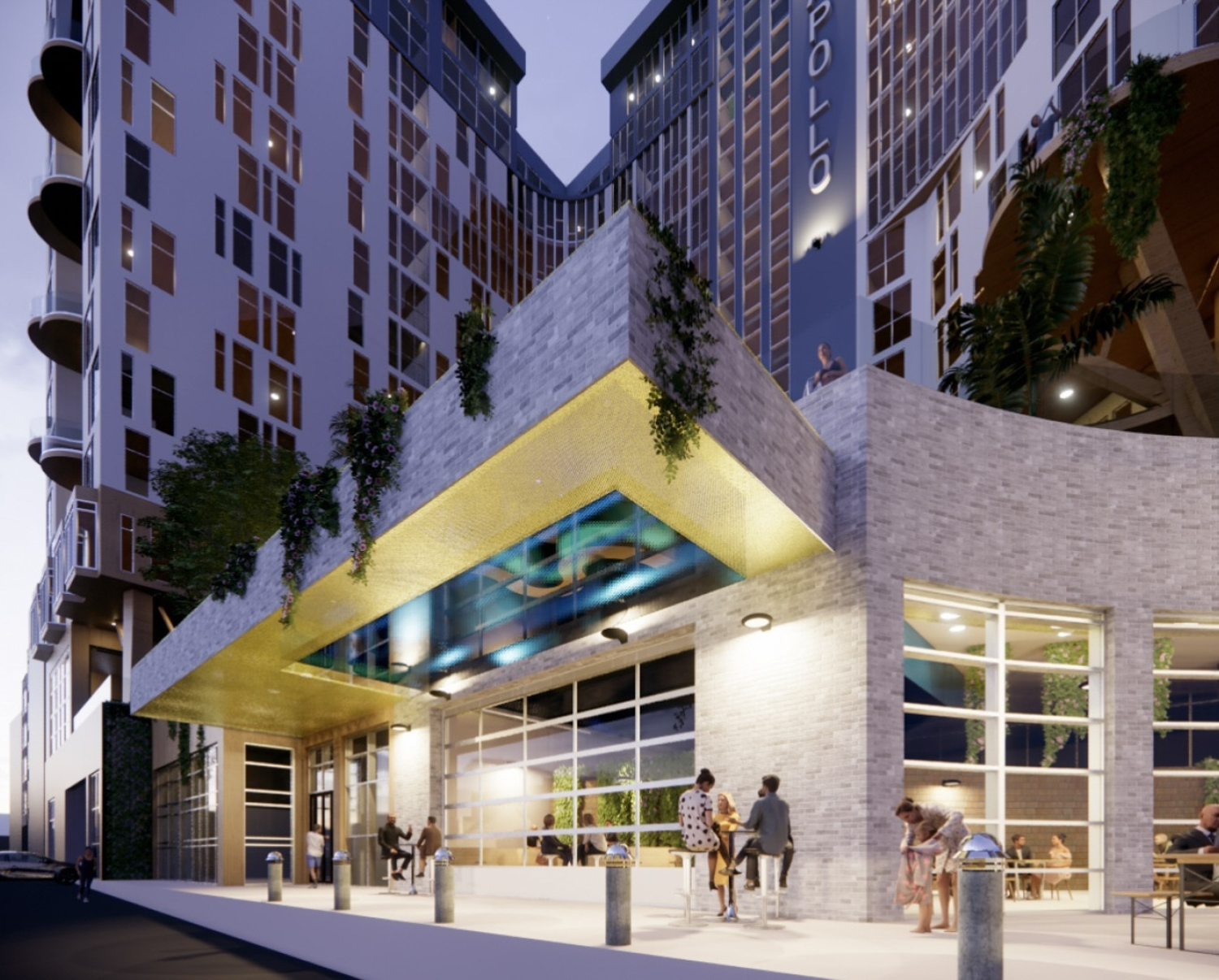 Outdated rendering of the Apollo at 32 Stockton Avenue pedestrian perspective on lobby and retail area, design by Aedis Architects

32 Stockton Avenue will rise by the Diridon Station Master Plan, as well as Google’s approved 8 million square foot Downtown West project. Residents of the proposed tower will just five minutes walk from the Diridon Train Station, serviced by Caltrain, VTA, Lightrail, the ACE train, and the future BART station expected to open in 2030. The SAP Arena is a block away. 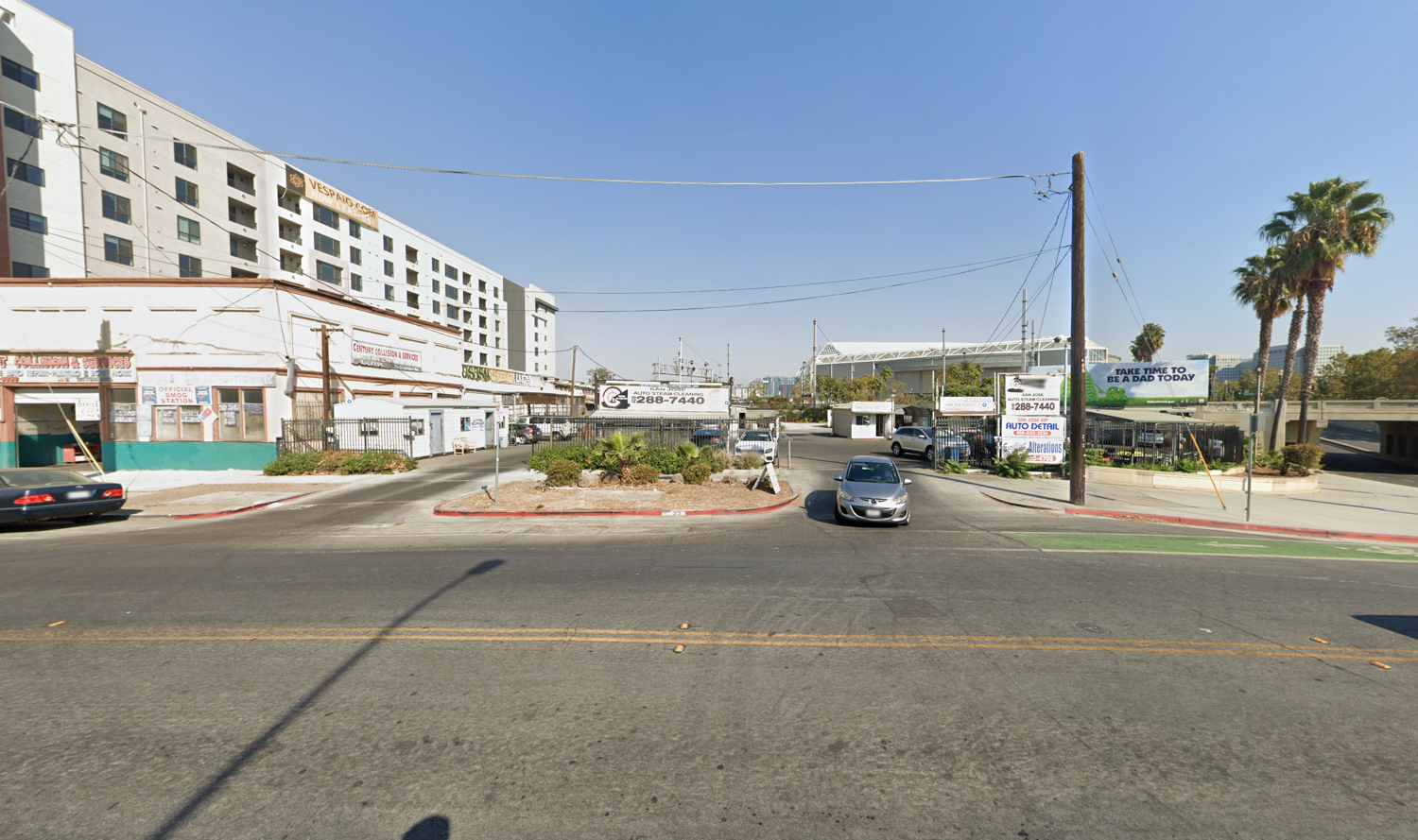 Founded in 2018, Urban Catalyst has been an active developer and fund manager in San Jose over the last three years. The Registry reported in August that Urban Catalyst expected to receive an entitlement for the project by mid-2022, with construction complete by 2025. The preliminary review application covered in August is still under review by the planning department.