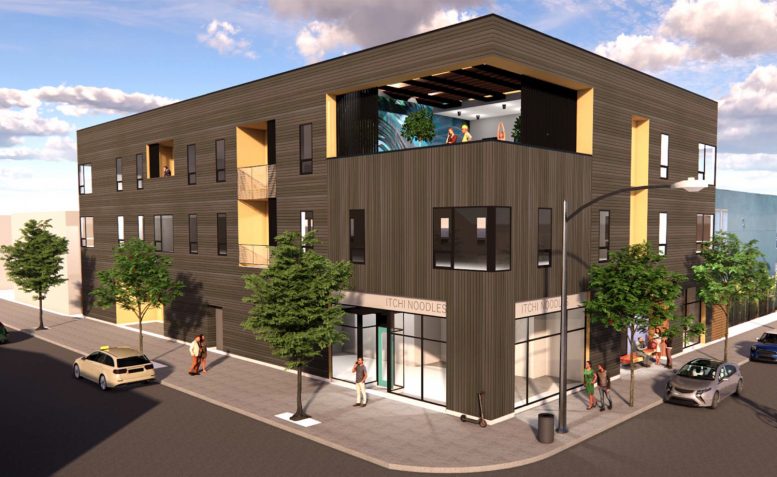 Developers have filed a pre-application for a small residential development at 2401 Adeline Street in the McClymonds neighborhood of West Oakland. The project would add 18 new affordable dwellings to the city’s housing market. Studio KDA is managing the project as the architect. 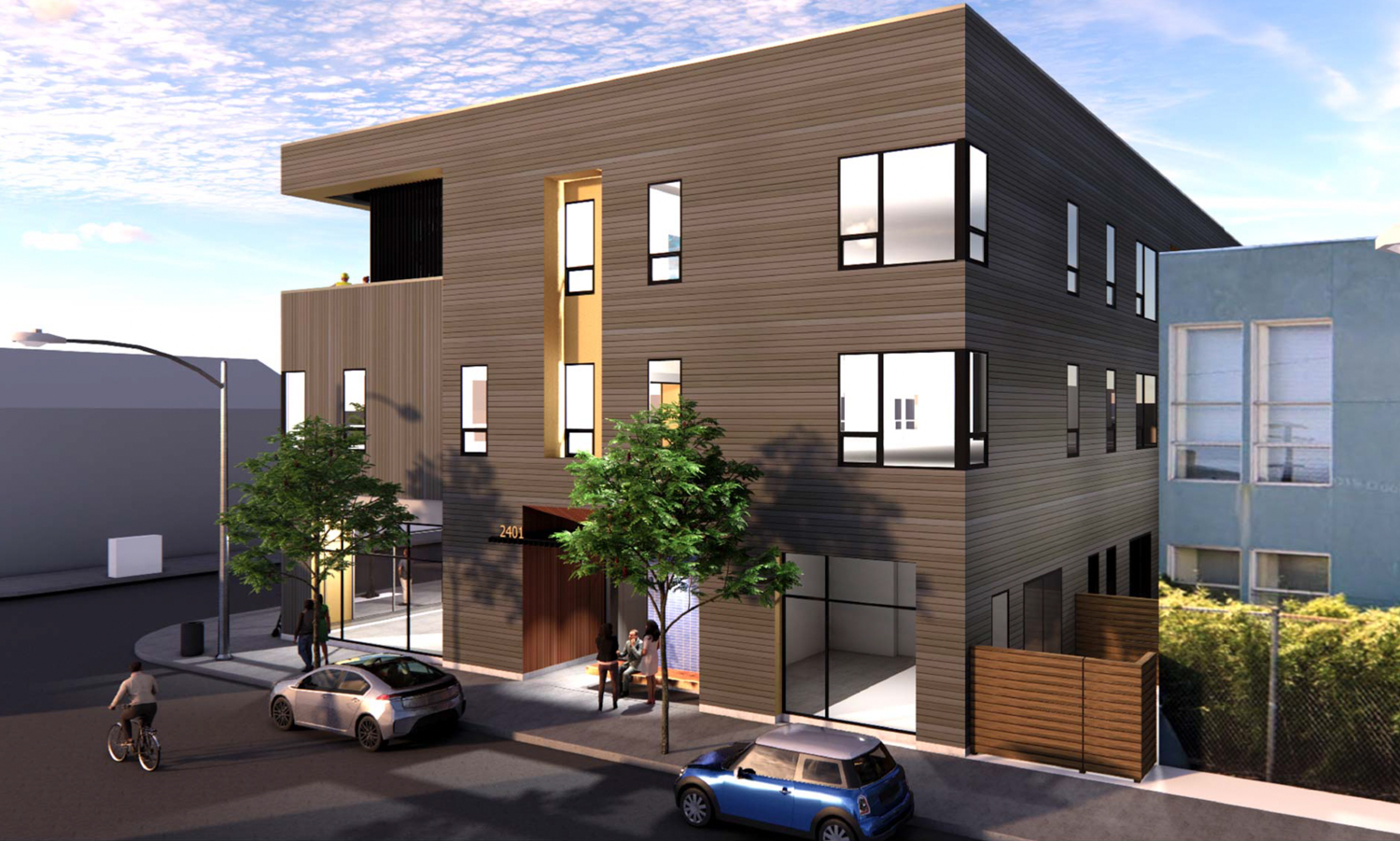 The proposed design by Studio KDA avoids using the maligned articulated facade style often encouraged by local design guidelines in modern housing. The facade materials are streamlined, providing a more dignified look. Variety to the design is employed with the mix of vertical or horizontal coastal grey siding. 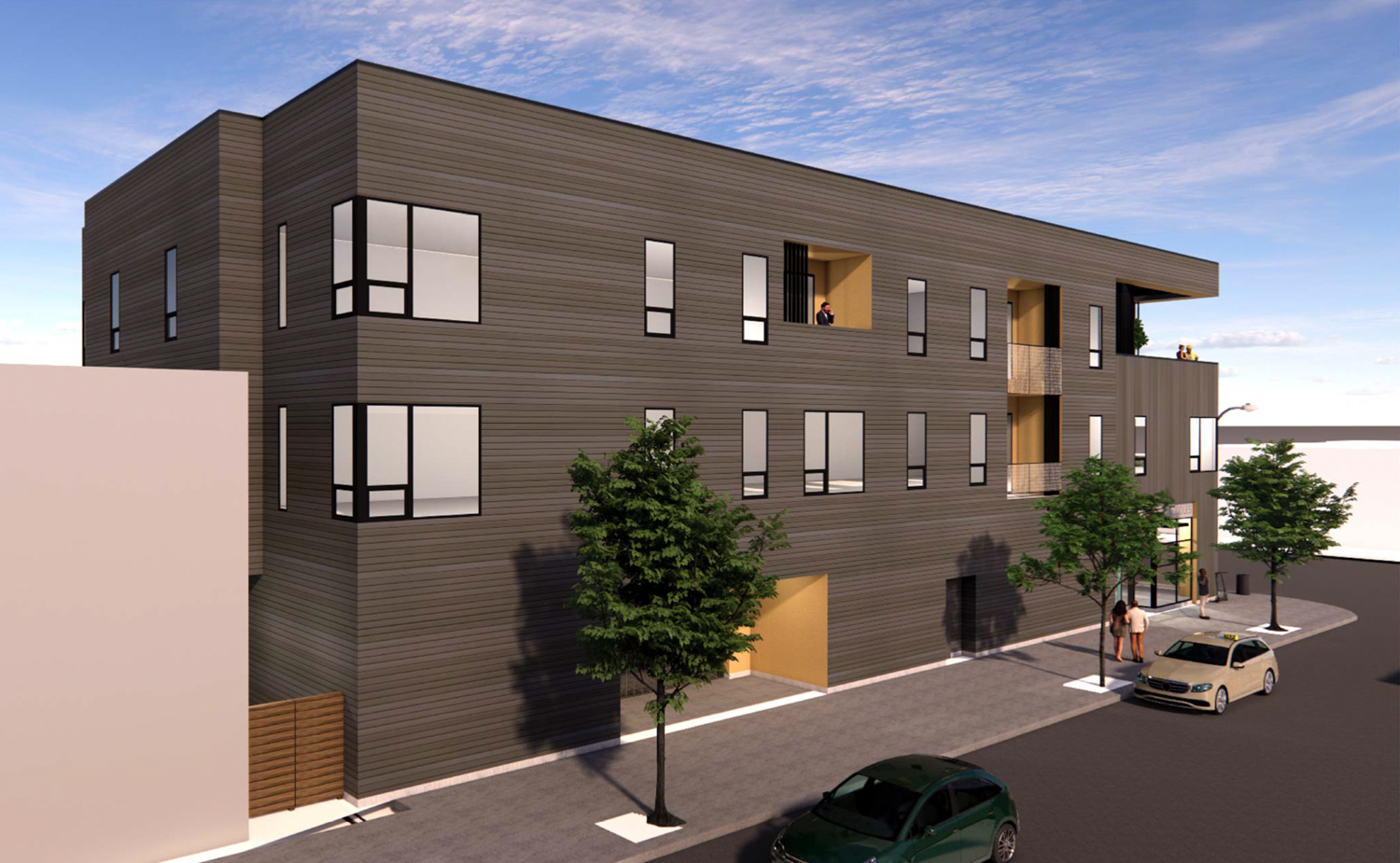 Alameda-based Abdel K. Hassen is listed as the property owner, BKF Engineers will be responsible for civil engineering, and Berkeley-based Garden Architecture is the project’s landscape architect. 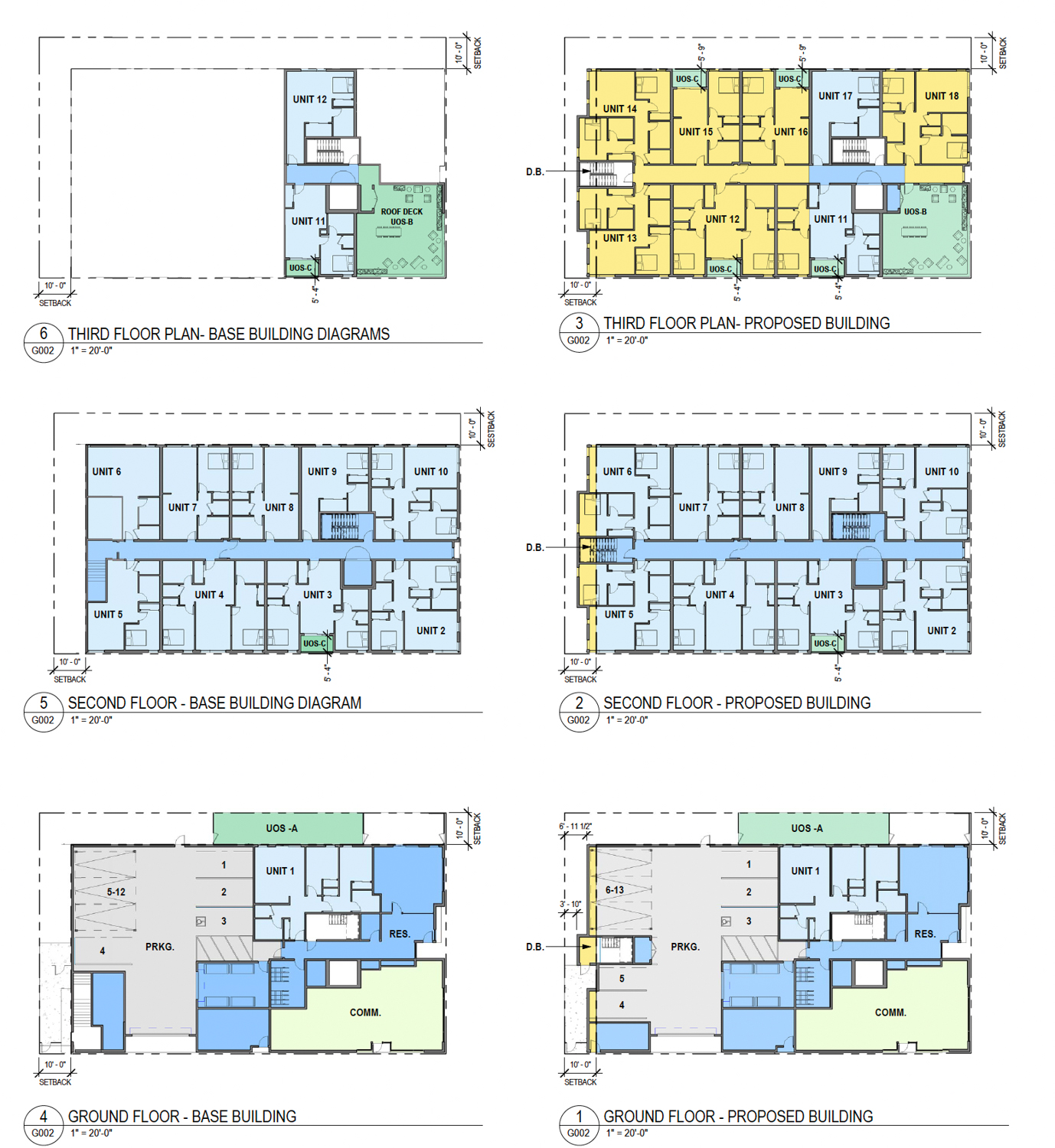 The proposal will require demolition of the existing structure and merging two parcels. The property also benefits from a 50% increase in size thanks to the State Density Bonus program. Without the program, local zoning would only allow 12 units. 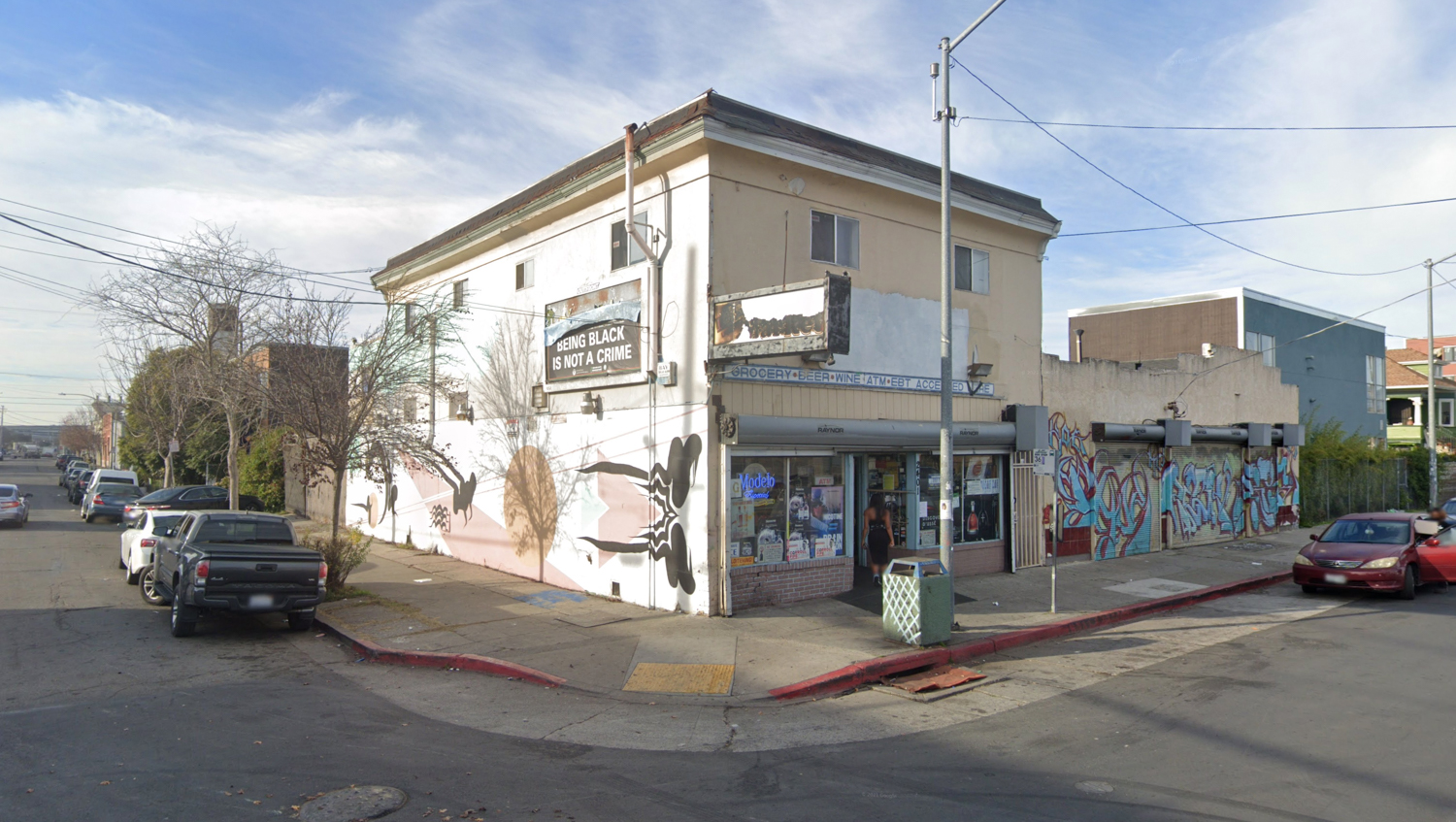