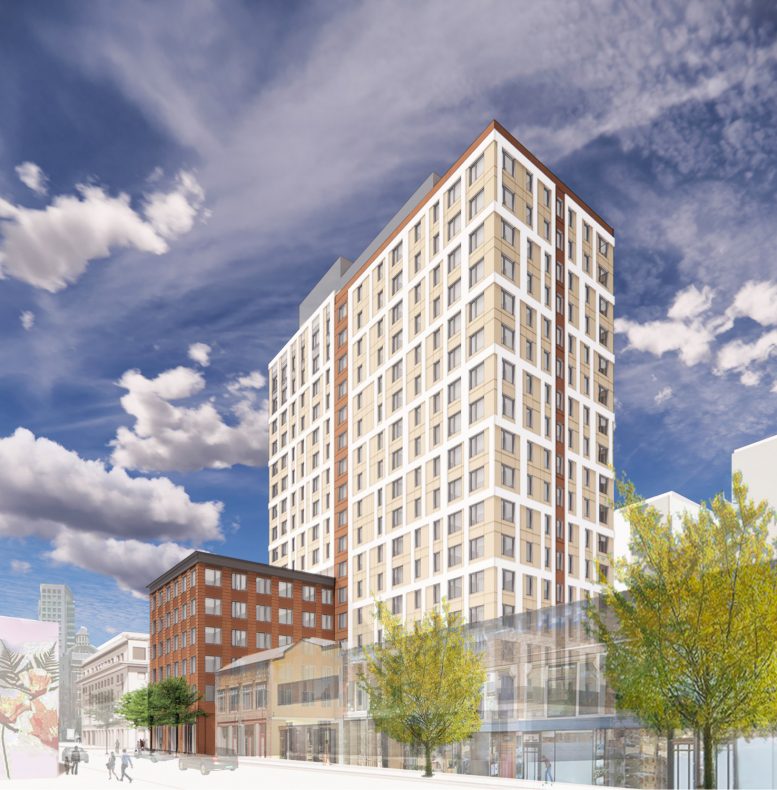 New permits have been filed with expanded plans for the mixed-use tower at 1510 Webster Street, Downtown Oakland. While the city had original approved plans for a 182-unit tower, the developer is now to build 222 new residences, of which 35 will be affordable. oWOW is responsible for the development and design.

The application for expanding residential capacity was first filed in July and later approved. Demolition permits, filed in late June, are still on hold pending a field check by city staff. 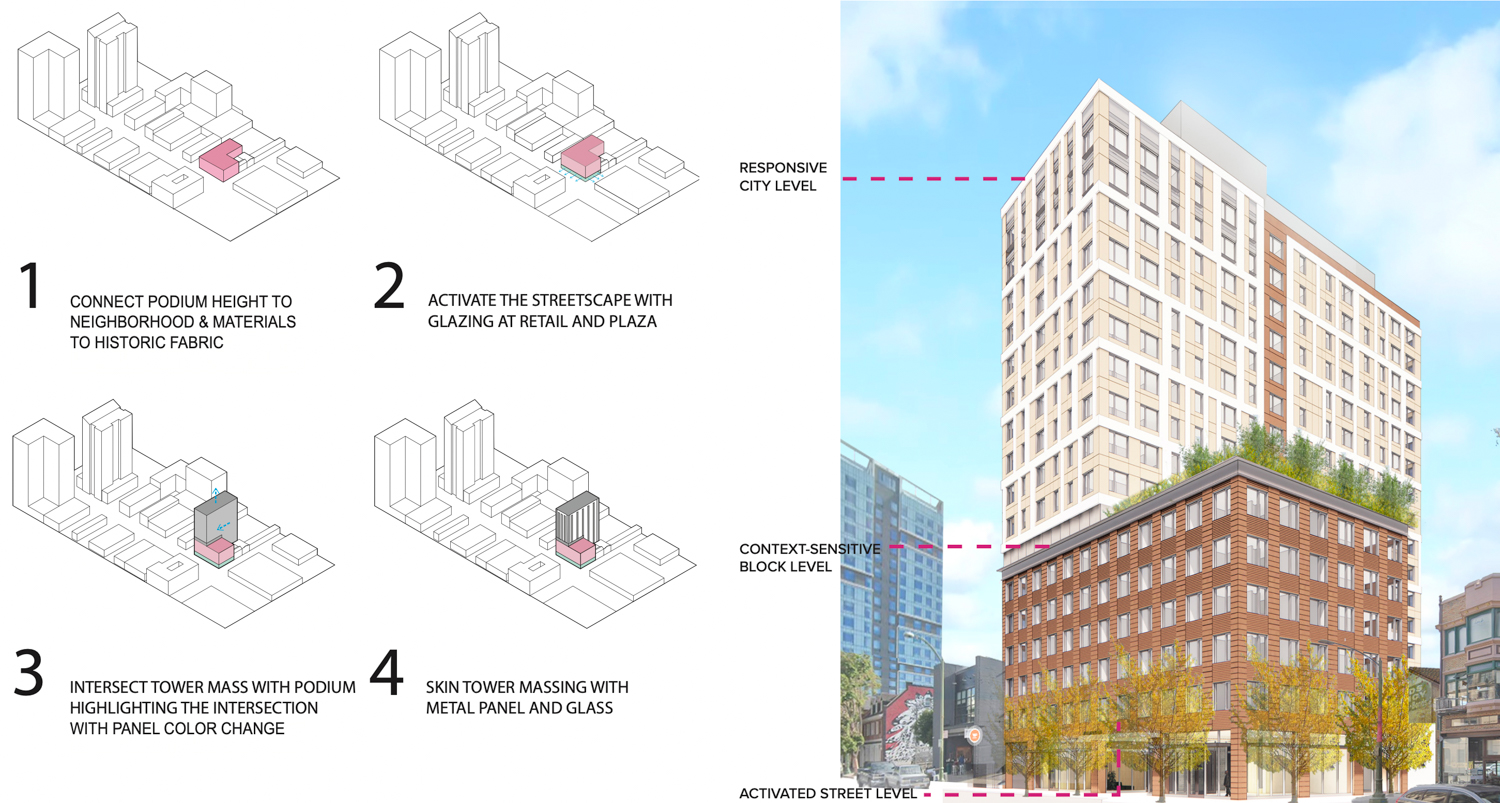 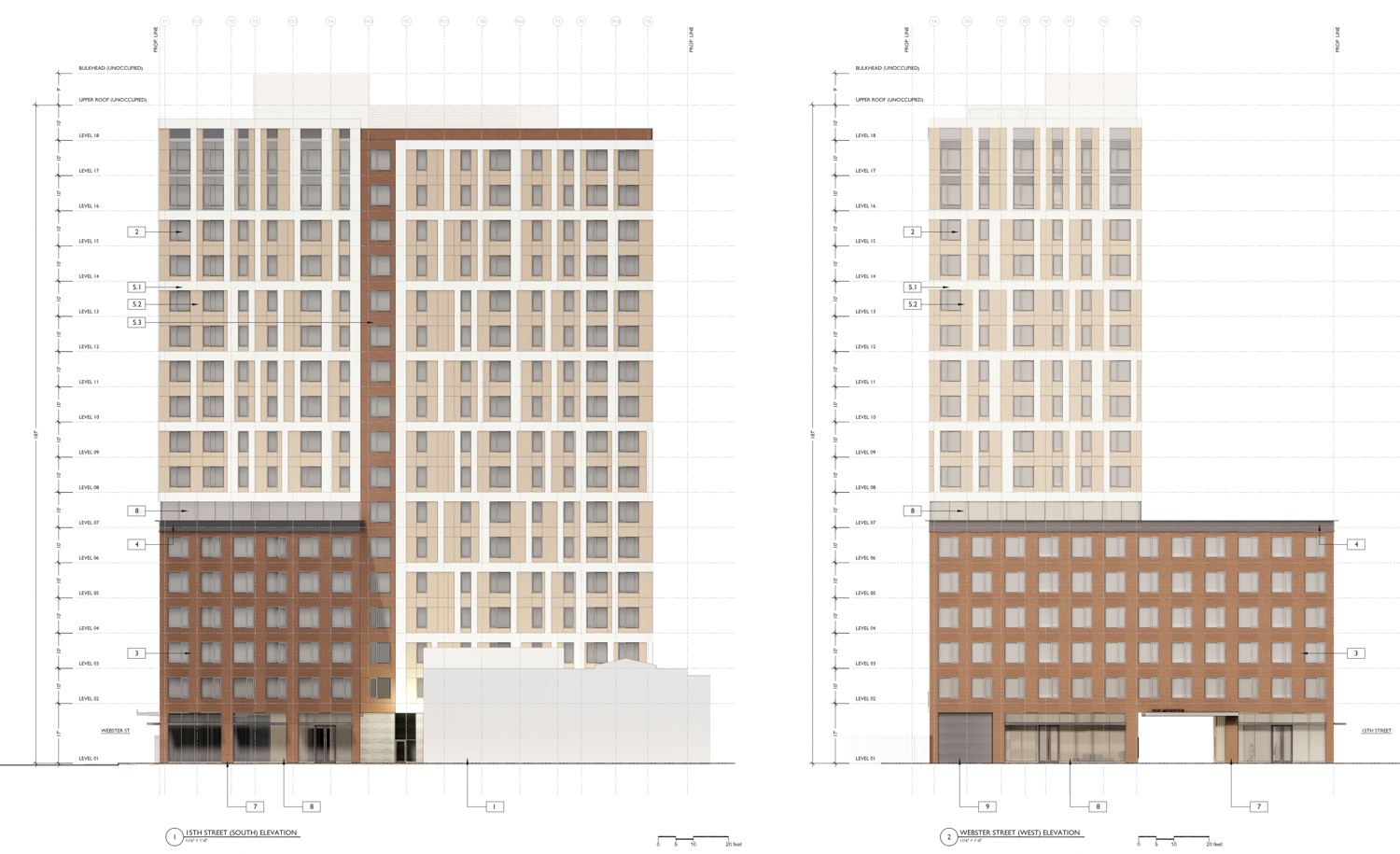 Of the 222 new homes to be created by 1510 Webster Street, there will be 53 one-bedroom units and 169 two-bedroom units. Thirty-five units will be offered at below-market-rate prices, serving households with an 80% Area Median Income. 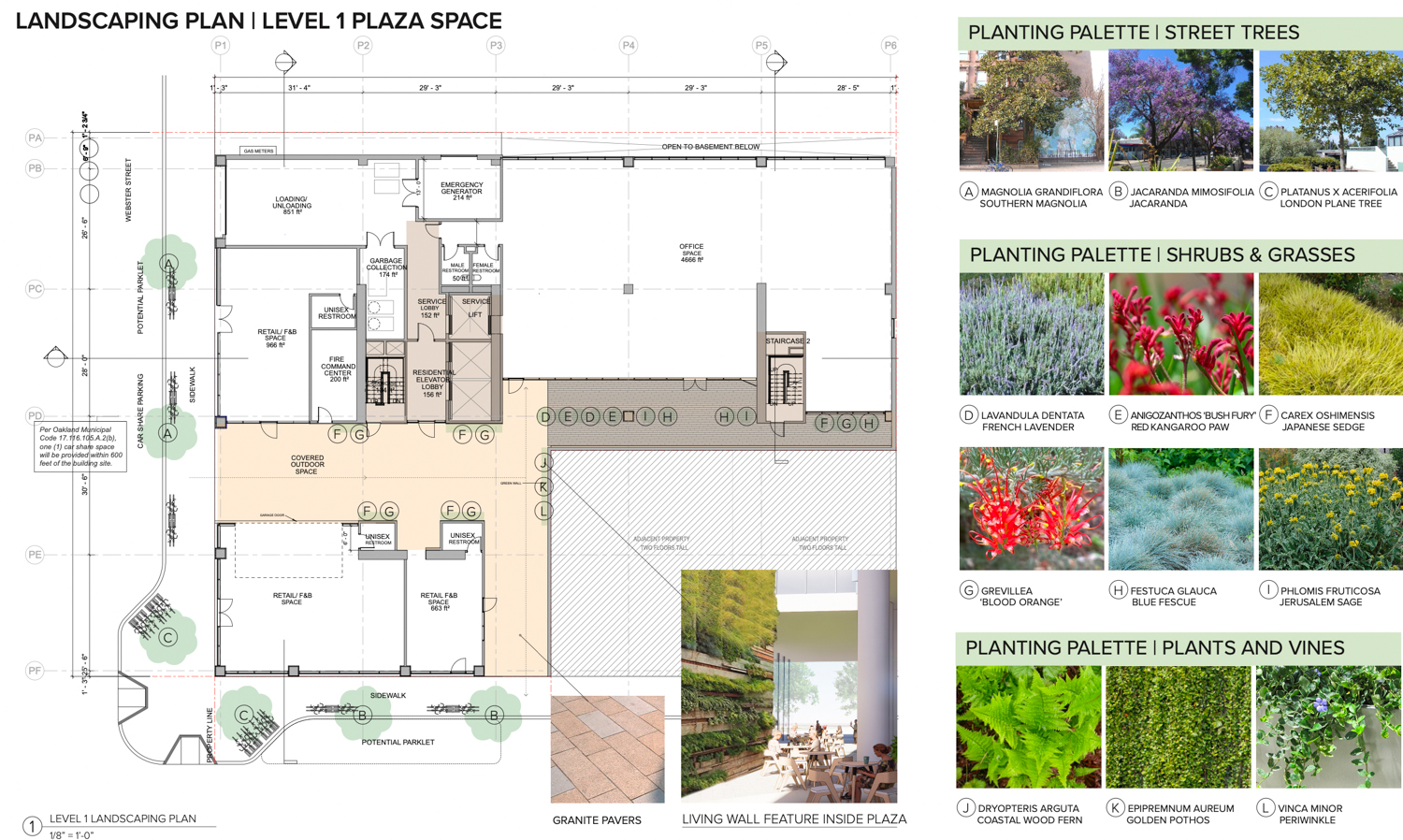 Parking will be included for 76 bicycles in a roughly 400 square foot room in the basement, easily accessible through a staircase in the main lobby.

CaliChi Design Group is the civil engineer, and DCI Engineers will be the structural engineers.

The design, by oWow Design LLC, is responsive to its immediate neighboring building, the YWCA Building, finished in 1915 with design by the prominent California architect Julia Morgan. The podium for 1510 Webster Street will rise to a 65-foot datum to mirror the height of the YWCA.

1510 Webster Street view from the street of the interior public plaza, rendering by oWOW Design

The building features a covered interior plaza for pedestrians and residents alike, bisecting the main lobby from the retail and office space. The architects write of this unique space, “the intended use of the plaza space is to create an inviting public space while maintaining proper security for the access points to the residential and commercial spaces. The public plaza will also help to serve as the focal point for the development’s public art feature.”

1510 Webster Street view of the entrance into the public plaza, rendering by oWOW Design

Facade materials on the podium will include wood slats, terracotta tiled columns, and dark metal mullions to frame the large windows. The tower levels will be covered with cream flush and white aluminum panels. 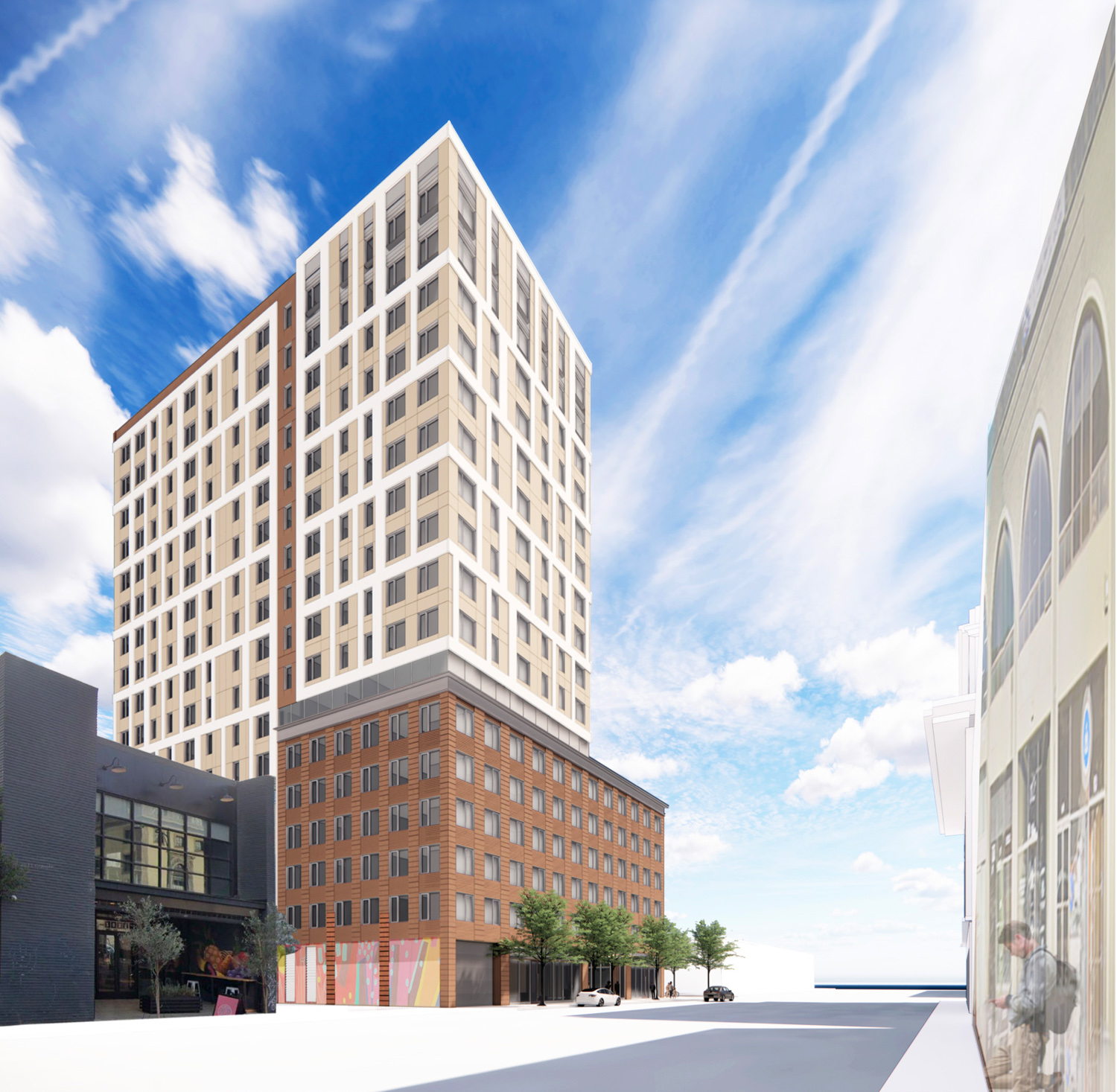 The project site is located at opposite corners of downtown Oakland’s 15th and Webster streets. The building neighbors many retail and commercial stores, restaurants, and businesses. The area is well-serviced by AC Transit bus lines 12, 14,29, 33, and 62.

Be the first to comment on "Expanded Plans Filed for 1510 Webster Street, Downtown Oakland"