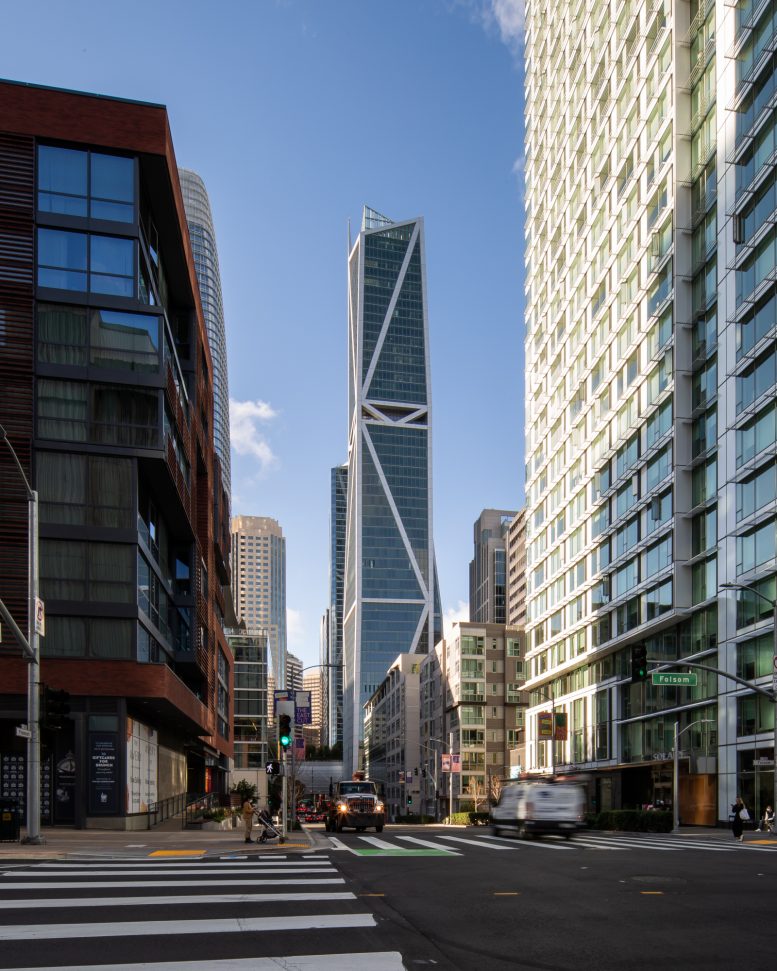 The fourth tallest skyscraper in the city planned or built is 181 Fremont Street, a residential tower overlooking the Transbay Transit Center in SoMa, San Francisco. Completed in 2017, it is the tallest mixed-use tower in the Bay Area standing 810 feet above street level. Heller Manus Architects is responsible for the design. 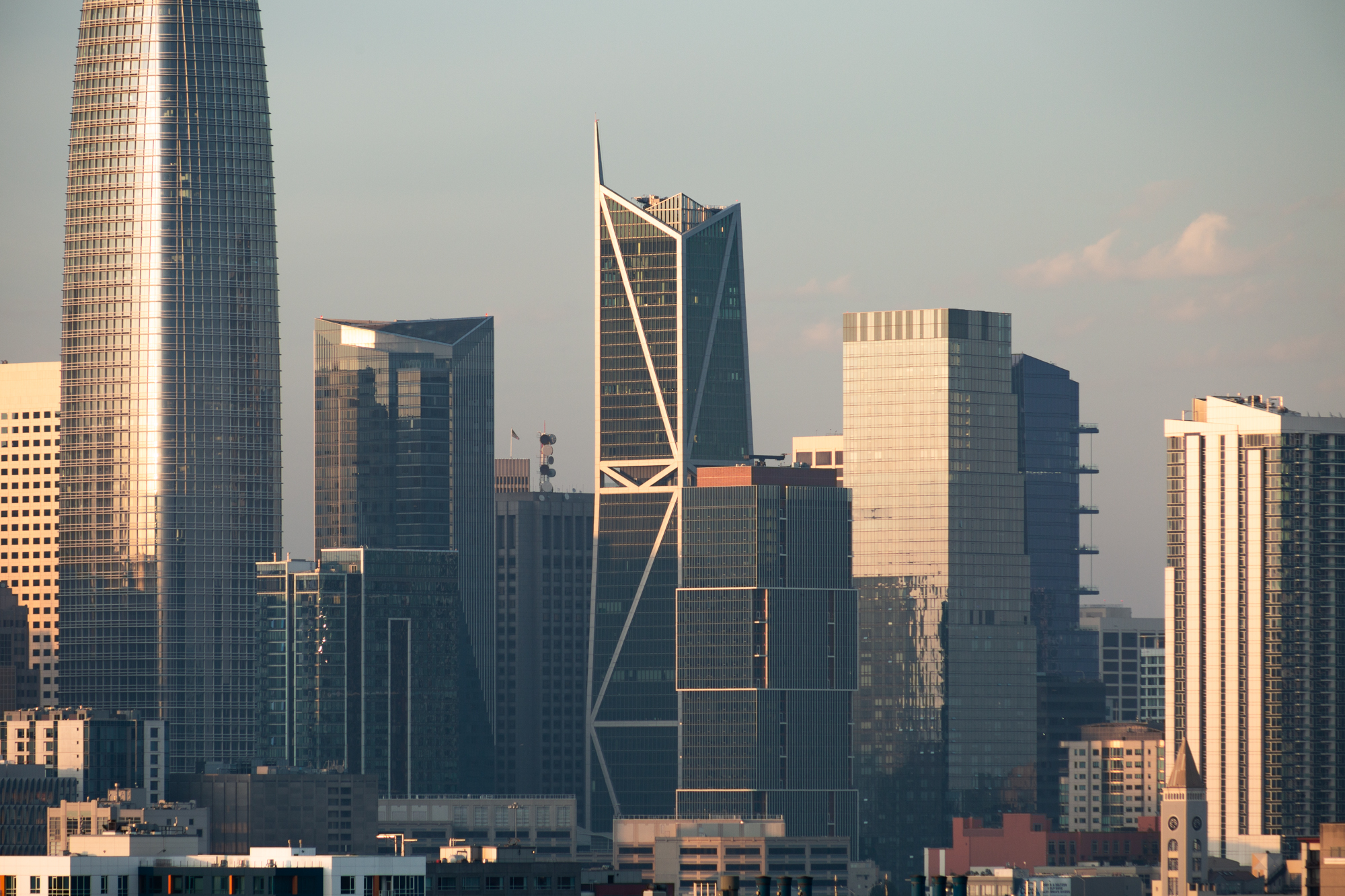 181 Fremont Street was first proposed in 2008 by SKS Investments. The initial proposal, also designed by Heller Manus, would have risen 878 feet, yielding 796,900 square feet with floors 2-44 occupied by office space and floors 47-65 to be occupied by 140 apartments. Level 66 at the top would have become an open sky deck, and parking would be included for 241 cars in a four-level underground garage. 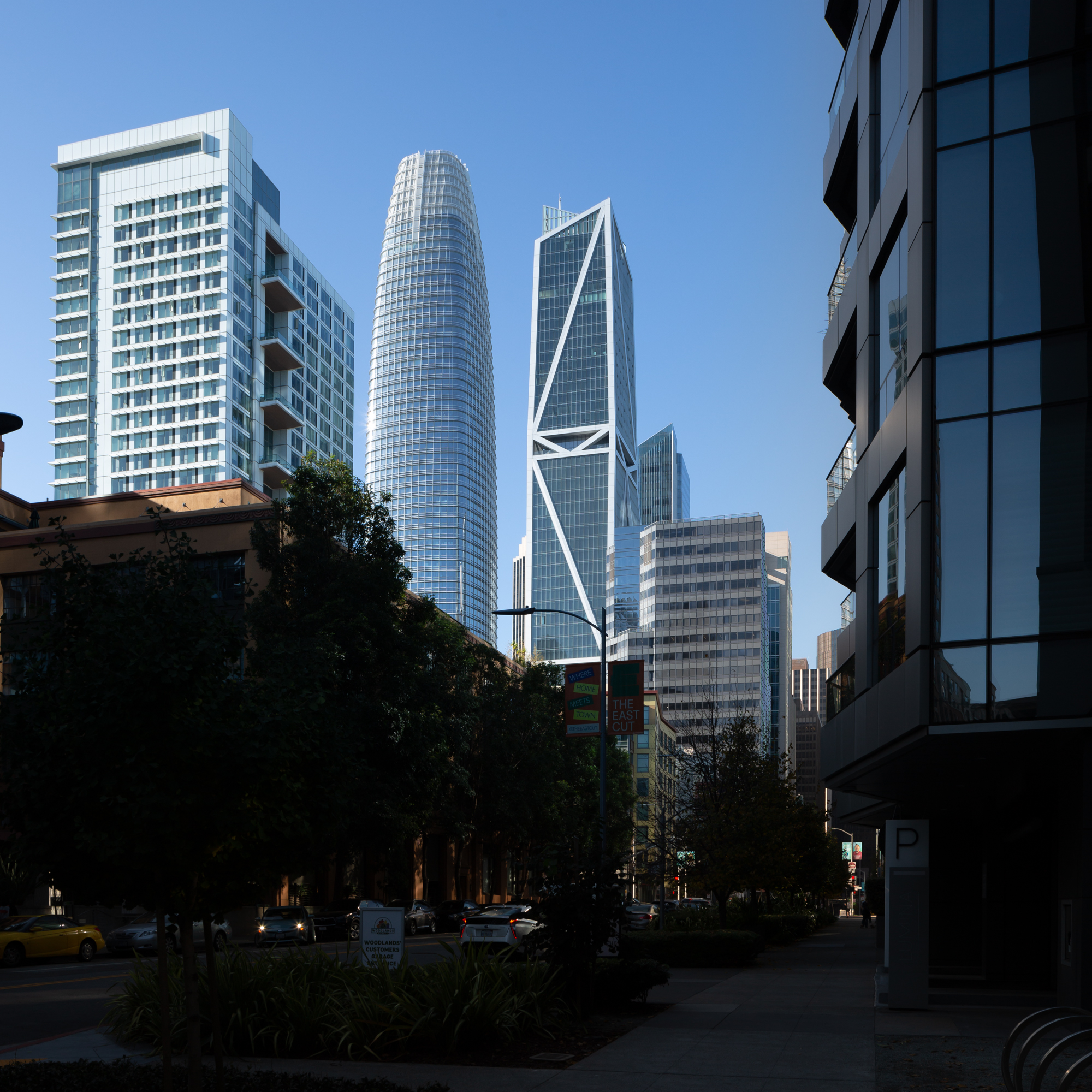 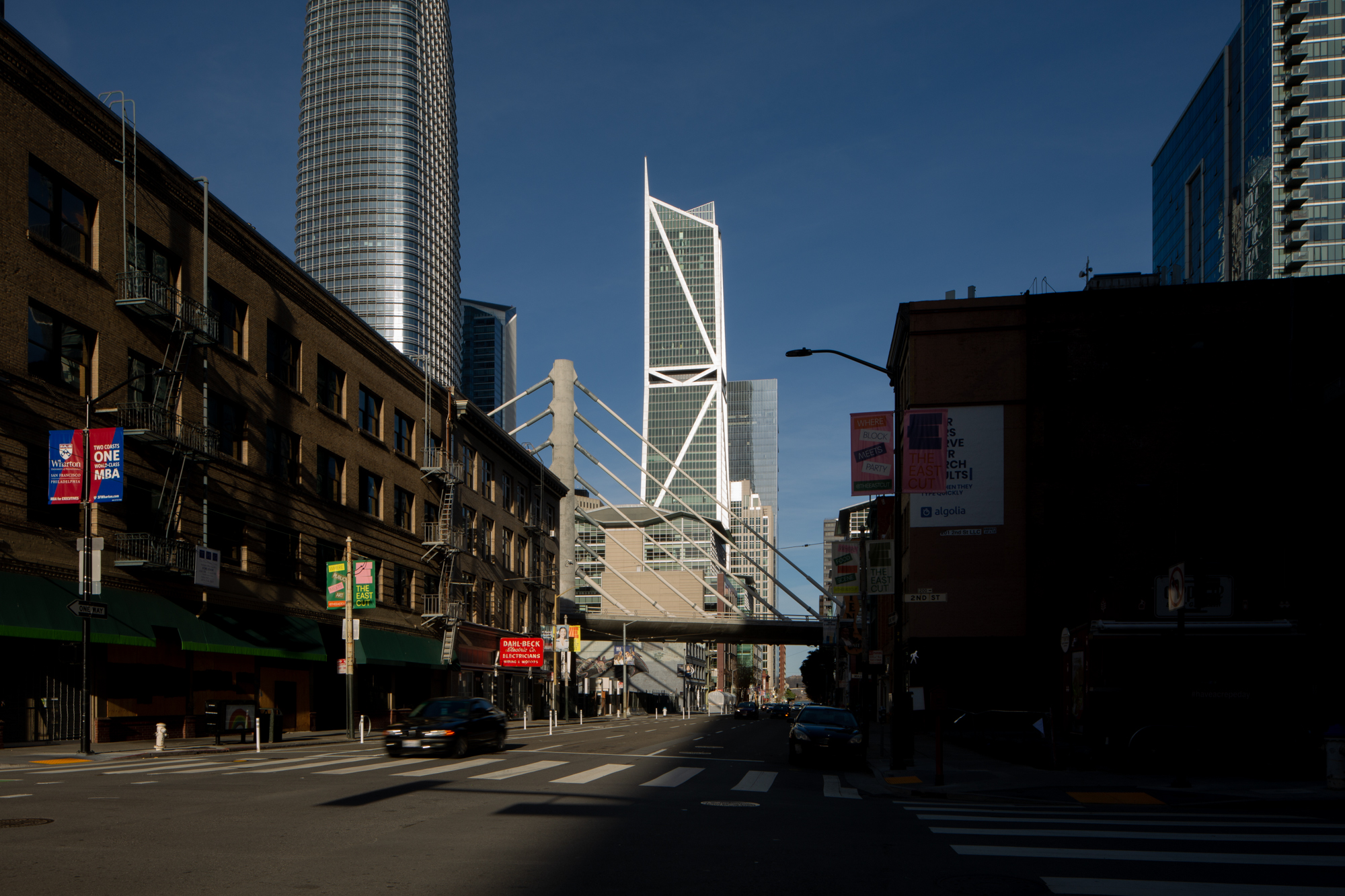 Jay Paul Company took over the project in March 2013, quickly starting construction with a groundbreaking ceremony by November 2013. Heller Manus Architects remained the design architect. ARUP was the structural and civil engineer, WSP was the MEP Engineer, and Level 10 Construction was the main contractor. The structure has since received LEED Platinum certification. 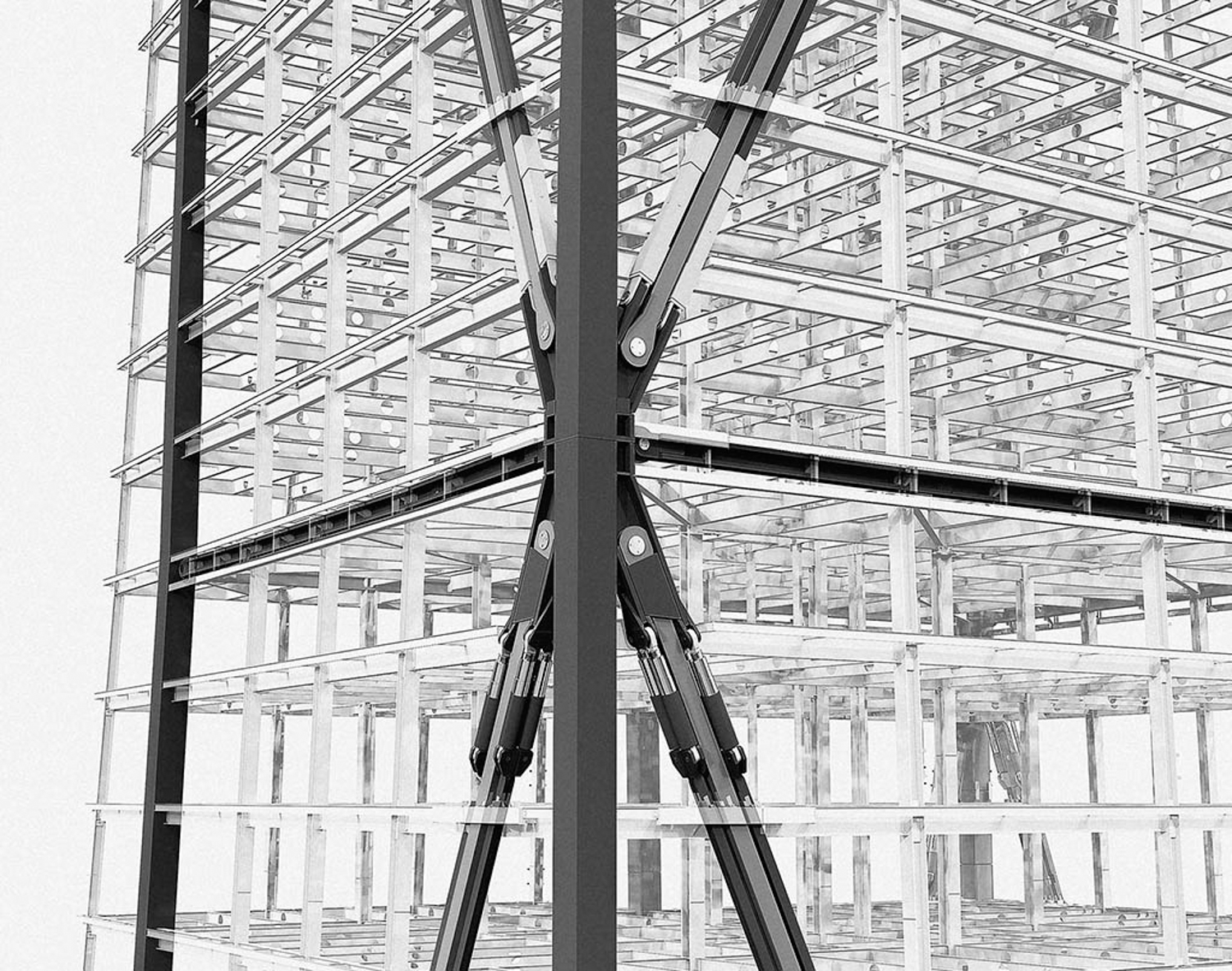 Skeletal illustration of the 181 Fremont Street steel structure, including the exterior steel beams which contribute to the distinct architectural design, image courtesy 181Fremont

The building’s foundation included 42 concrete piles, each five to six feet wide and burrowed 260 feet deep. The piles are all anchored into bedrock. The facade itself is an expression of the building’s engineering feat, with massive aluminum-clad steel braces, evocative of I.M. Pei iconic Hong Kong skyscraper, the Bank of China. 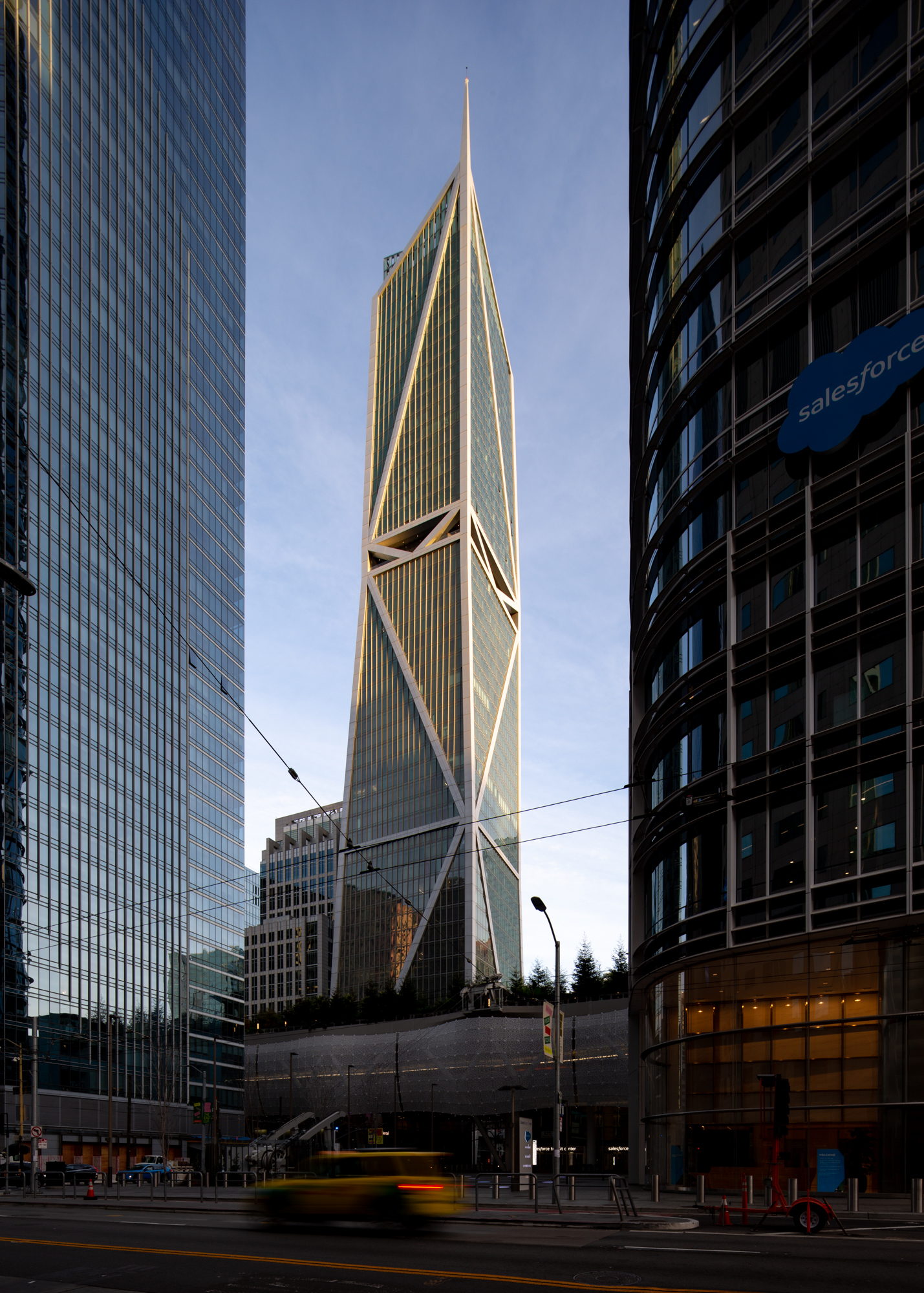 The architect leading the design team was Jeffrey Heller. Heller drew inspiration from the water while designing 181 Fremont Street, drawn in by the graceful rhythms of its movement. In the end, Heller describes the tower as like “a ship setting out from shore.” 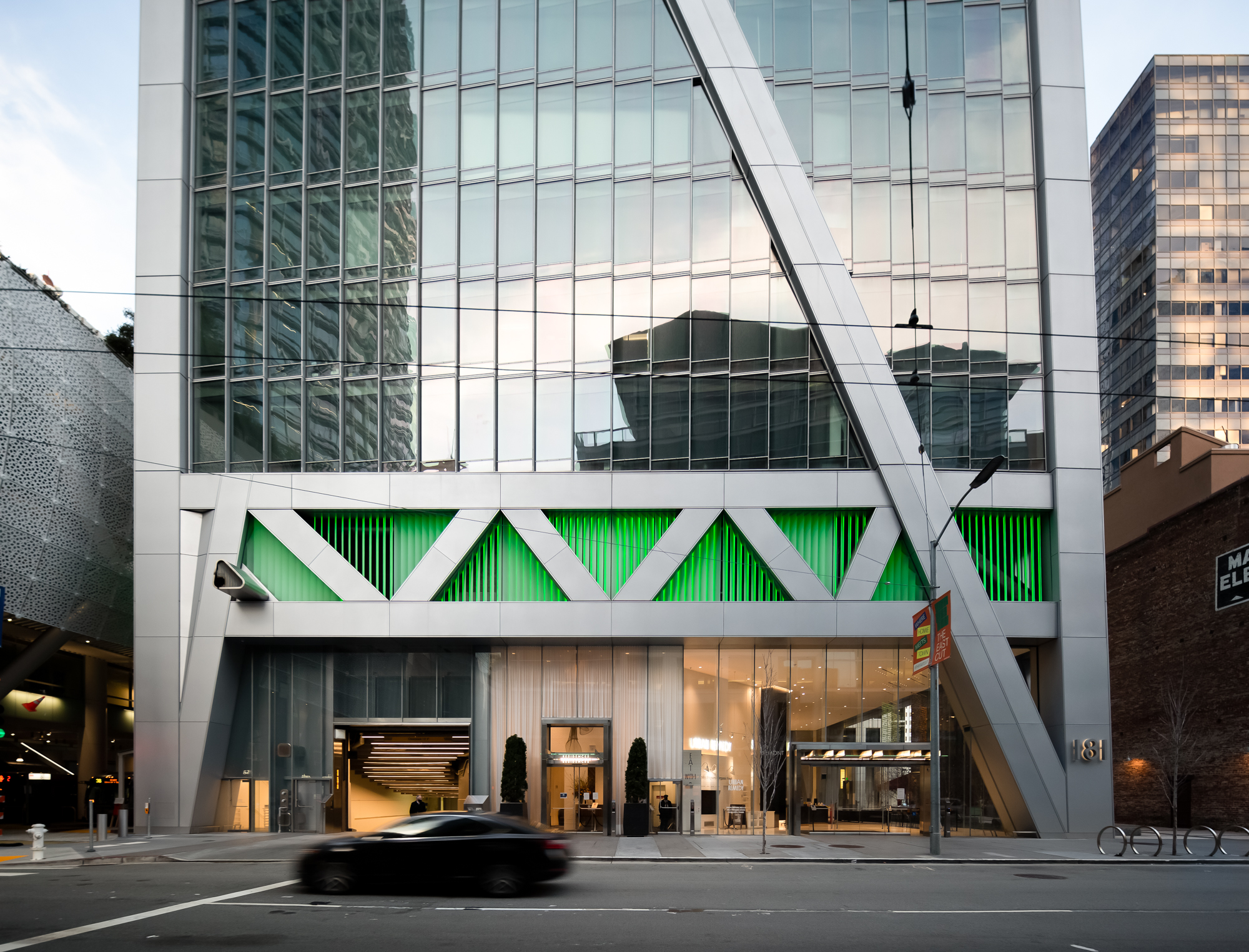 181 Fremont Street base and lobby, image by Andrew Campbell Nelson 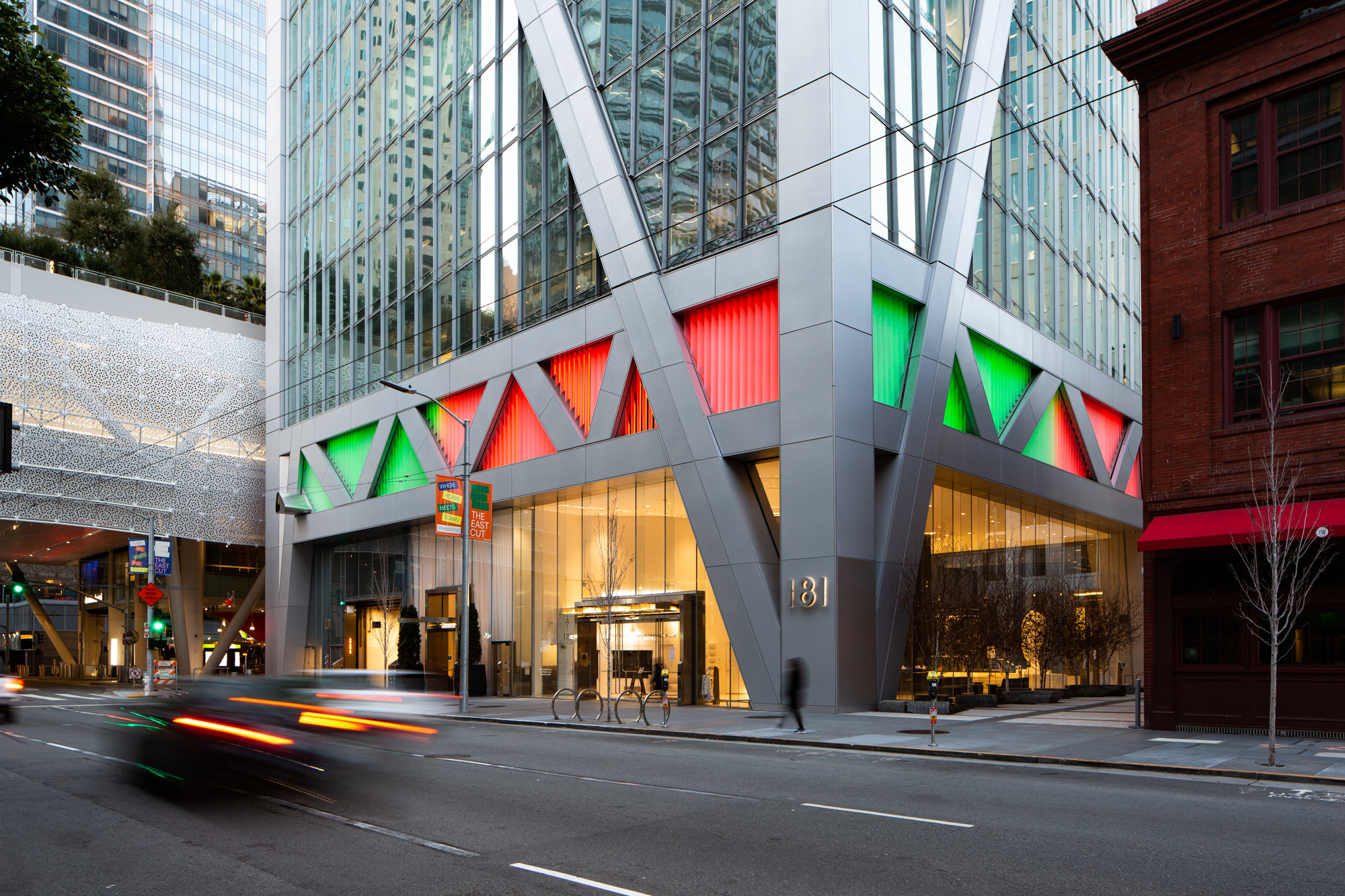 The curtain wall glass was also given unique flair, angling mullions against one another to provide additional shade inside and create a scale-like exterior. 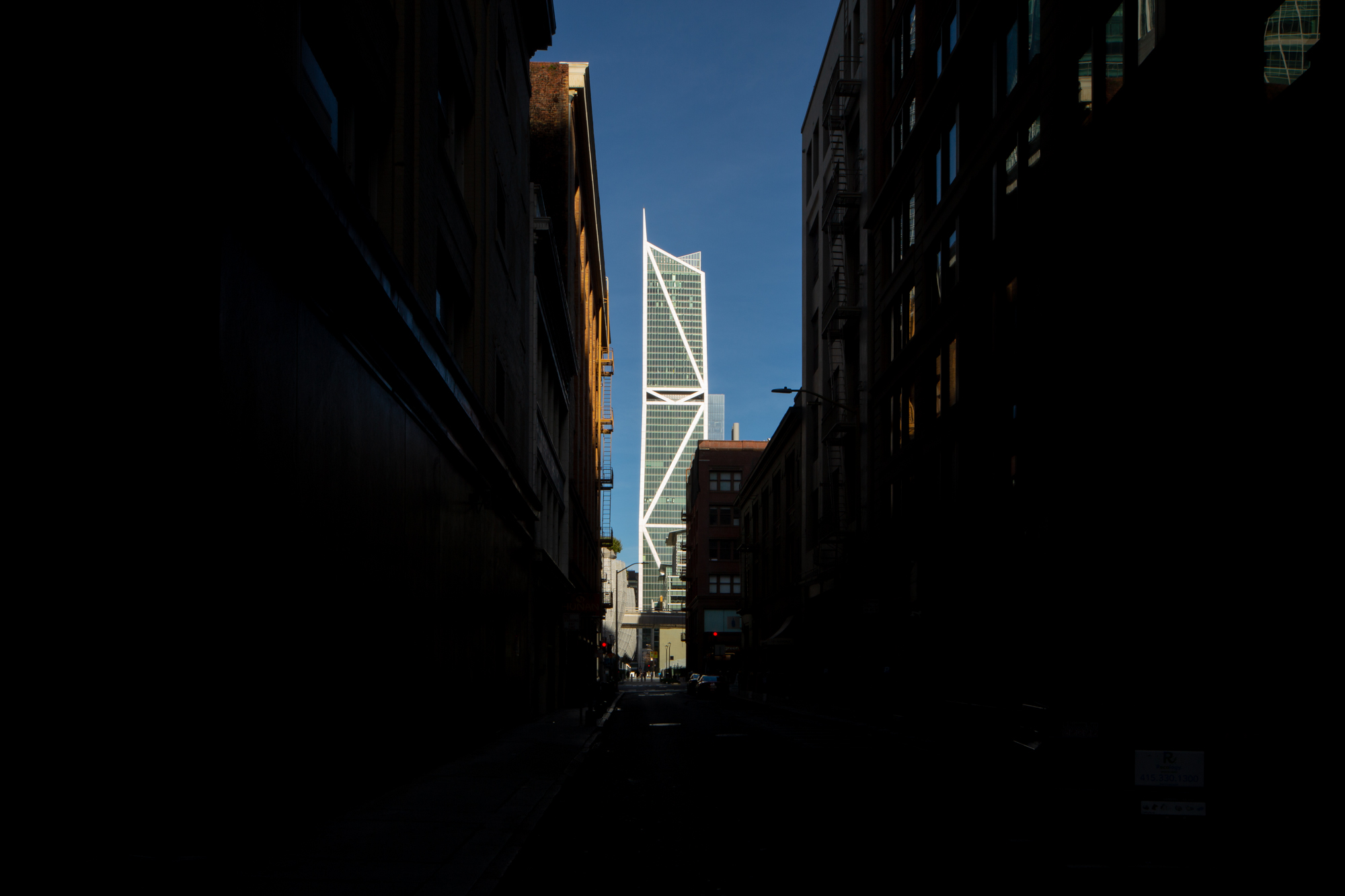 The primary condominiums range from two to three bedrooms and 1,200 to 2,500 square feet respectively. Those 12 studio units are available for select condominium owners, essentially to function as a guest apartment or for an au pair. Active listings for the apartments currently range between $1.7 to $6.88 million. That’s not to mention the $46 million grand penthouse on the top floor, which is reportedly still on the market. 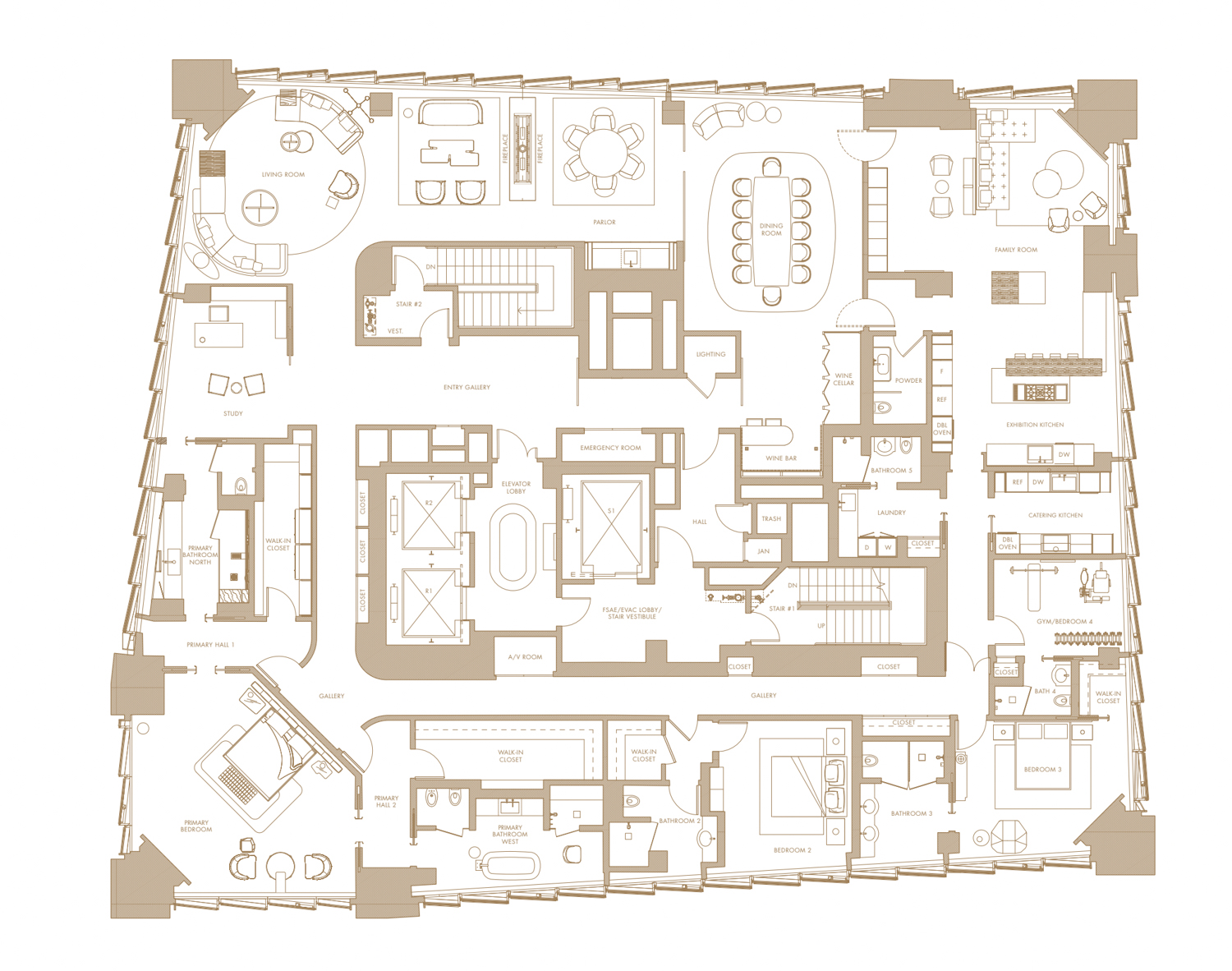 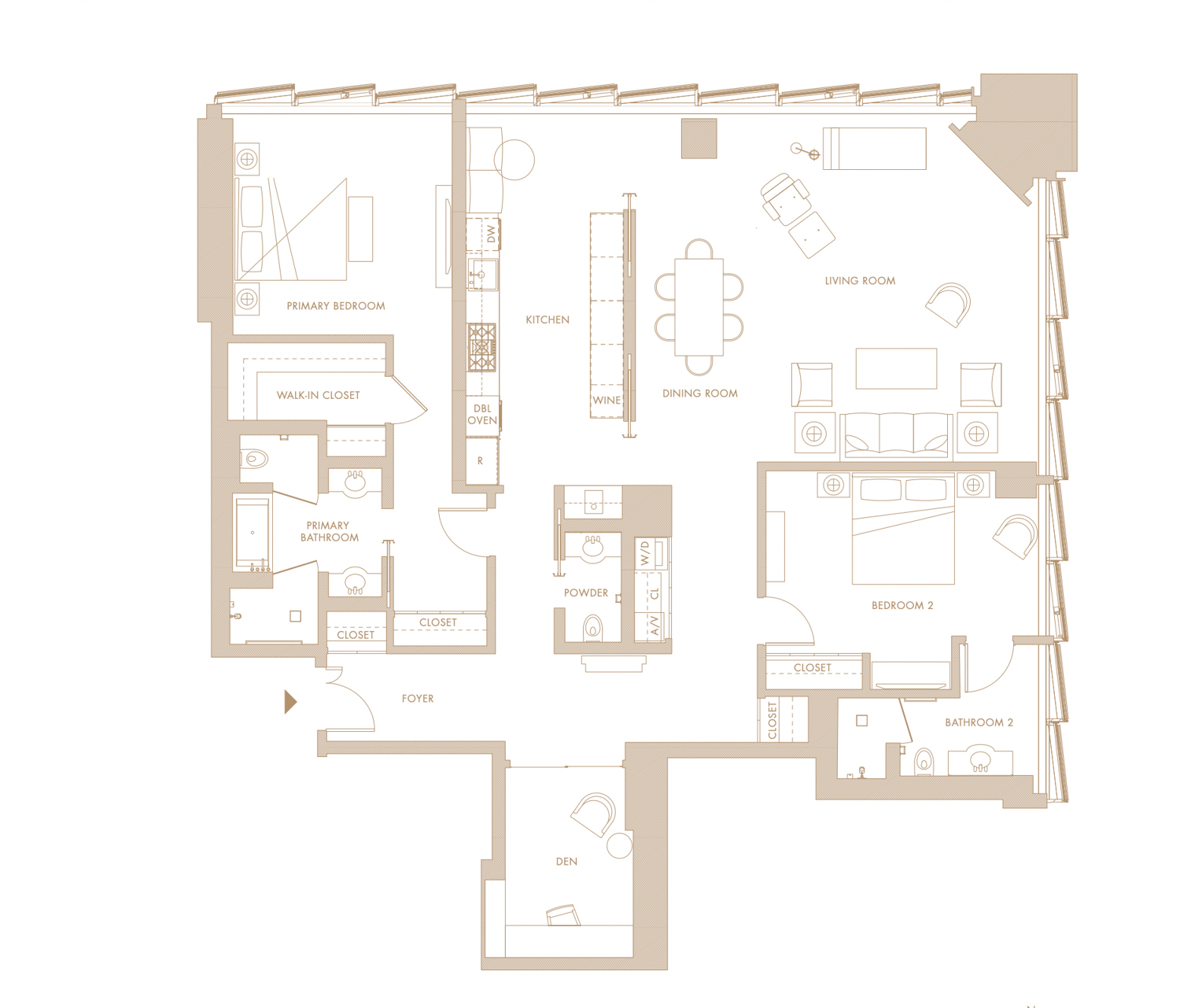 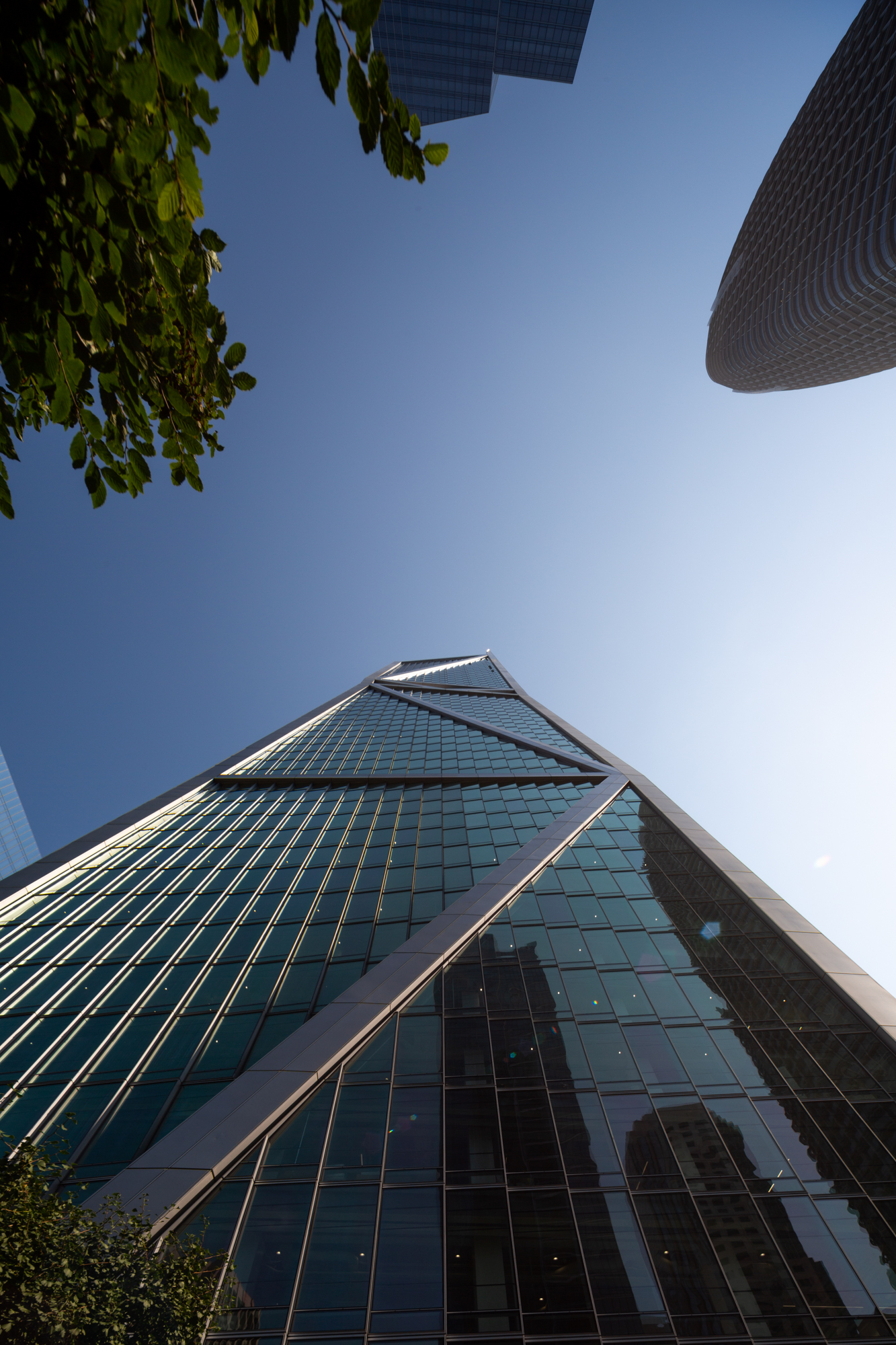 181 Fremont Street looking up from the Salesforce Park, image by Andrew Campbell Nelson 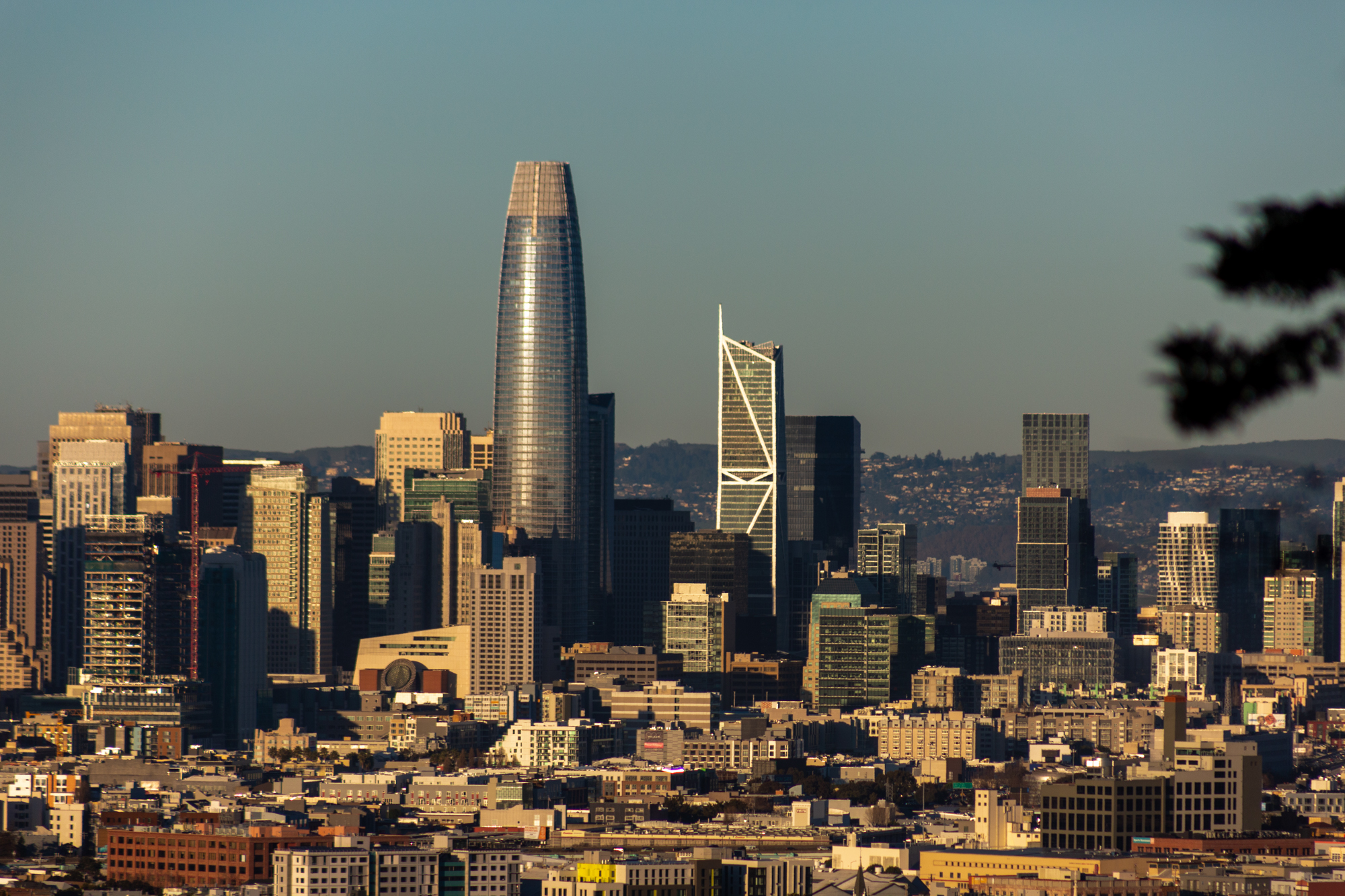 181 Fremont Street in the city skyline, seen beside the Salesforce Tower, image by Andrew Campbell Nelson

Construction is reported to have cost between $680-850 million, exceeding original estimates of under $400 million.