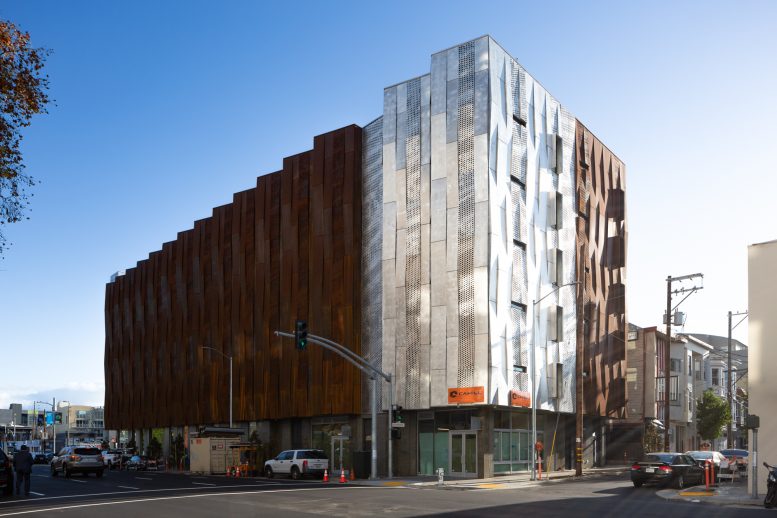 833 Bryant Street viewed from the steps of the Criminal Courts Division, image by Andrew Campbell Nelson

Construction work has finished for the supportive housing development at 833 Bryant Street in SoMa, San Francisco. Residents have already started to move into the 145 new units, accompanied by amenities, a ground-floor flex space, and support offices. The project is a partnership between Mercy Housing, Tipping Point Community, and the San Francisco Accelerator Fund.

David Baker Architects is responsible for the design. The eye-catching facade displays the strongly cultural Influence of the SOMA Pilipinas and the Filipino Cultural Heritage District. The modular rain screen includes rusting steel and natural aluminum. The perforated design of the reflective aluminum is of the rice field terraces in the Philippines. The facade was created with the San Francisco-based metal fabricator, BOK Modern. 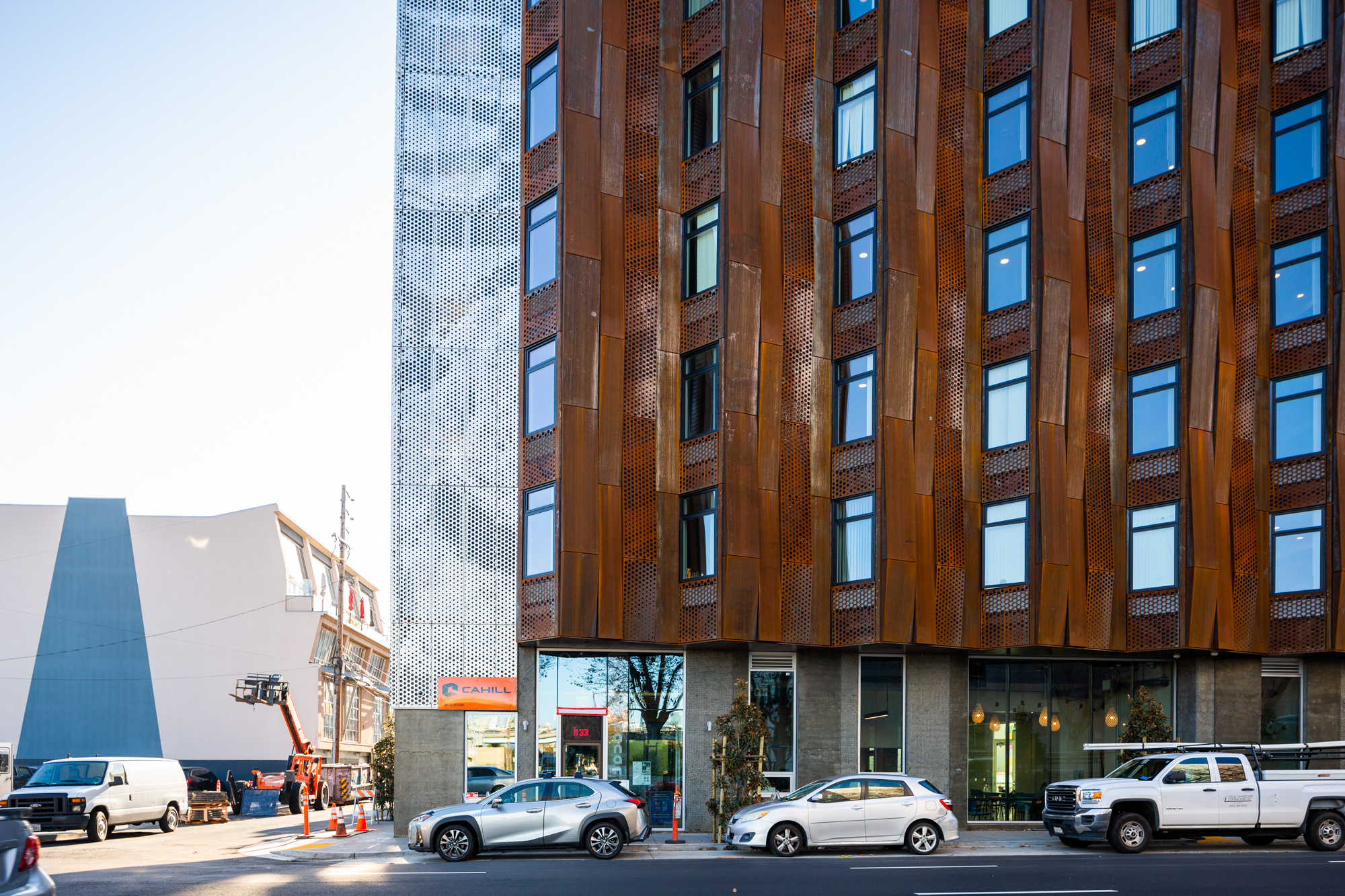 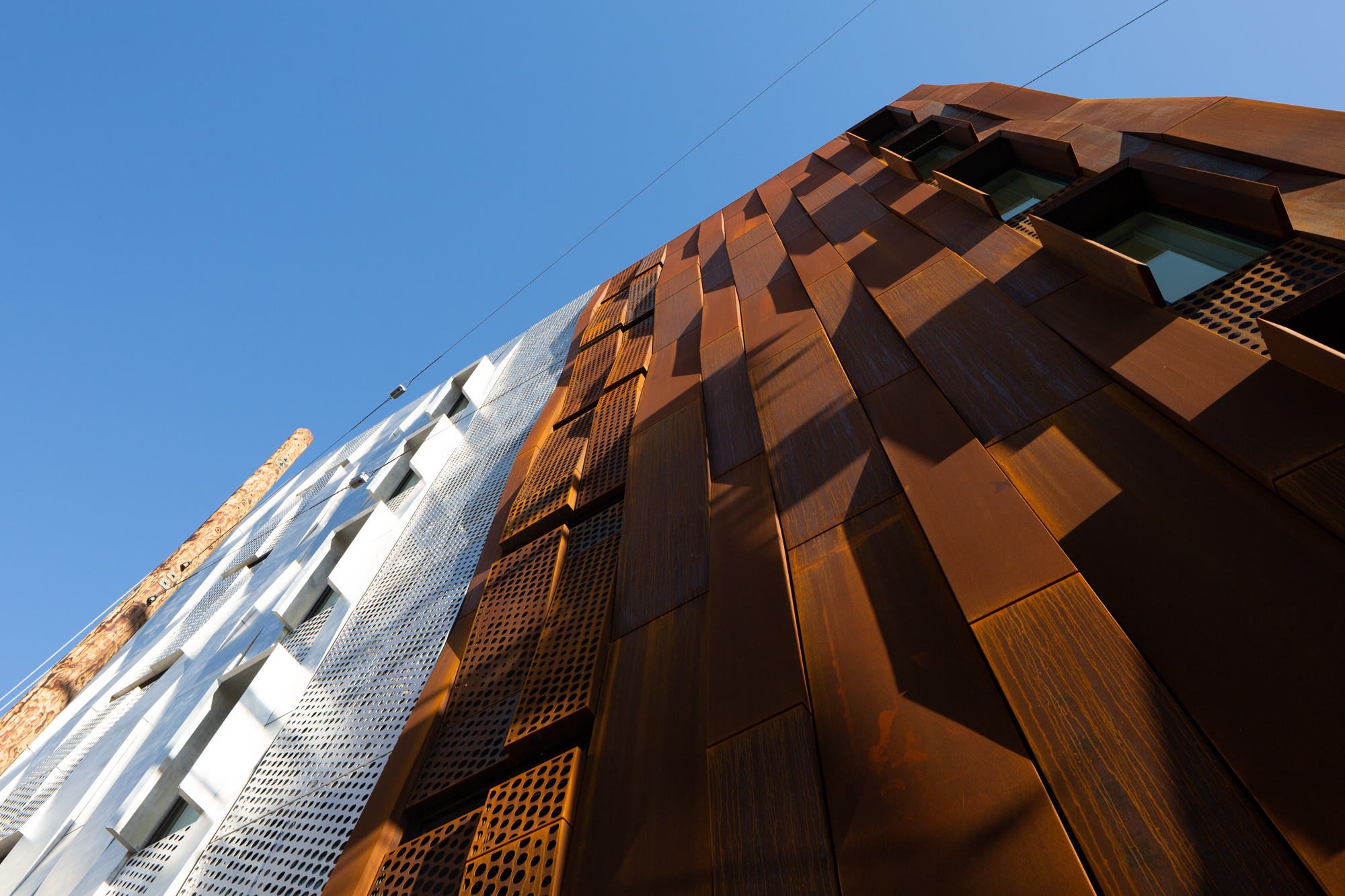 Looking up at the 833 Bryant Street facade, image by Andrew Campbell Nelson 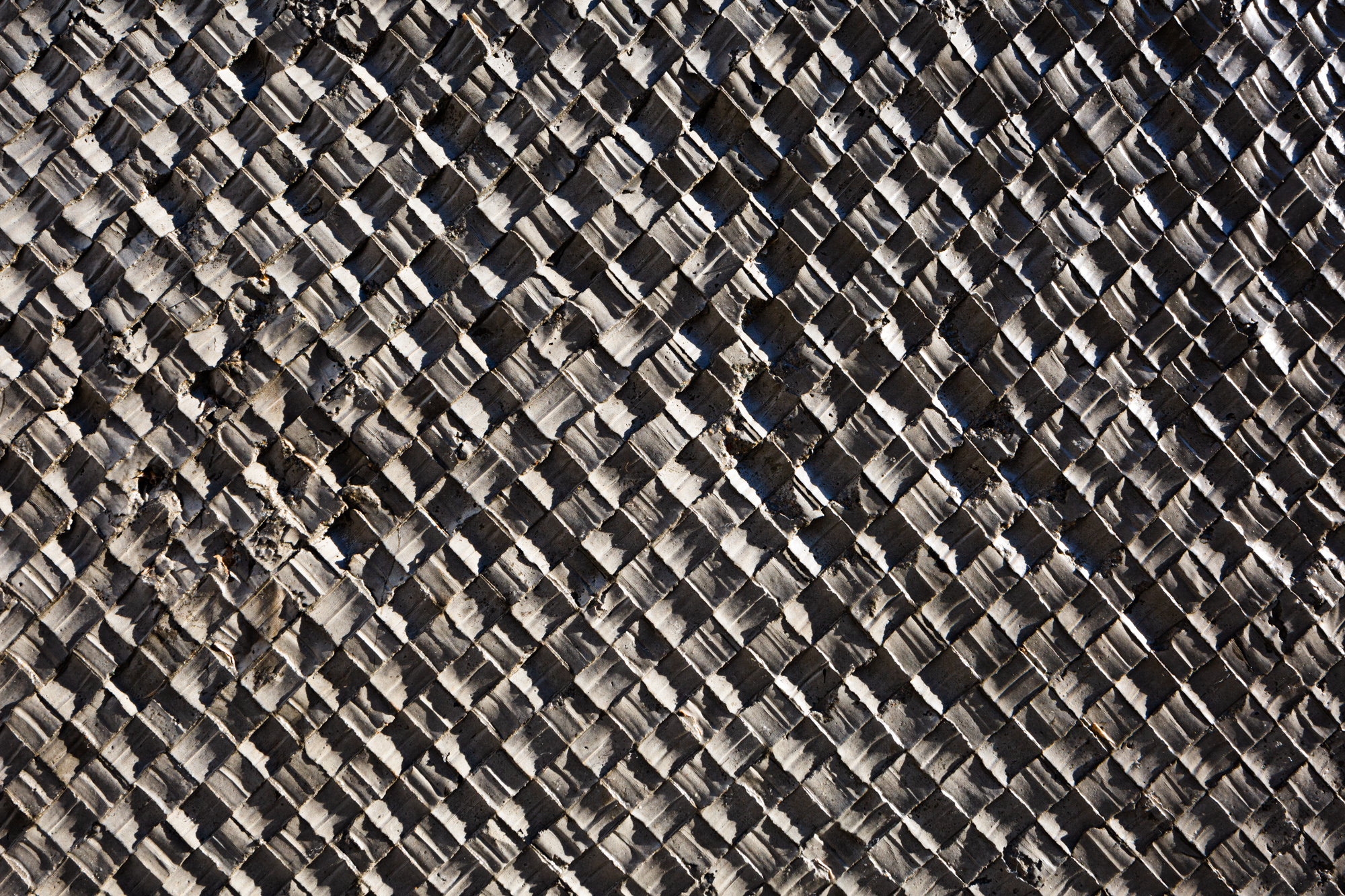 833 Bryant Street mat textured concrete along the base level, a reference to woven Philippine Banig, image by Andrew Campbell Nelson

The structure is clad with meticulously detailed cast concrete at ground level, inspired by traditional banig weaving. The building itself will be called Tahanan, a Tagalog word that roughly translates to ‘home,’ ‘coming home,’ and ‘returning home.’ 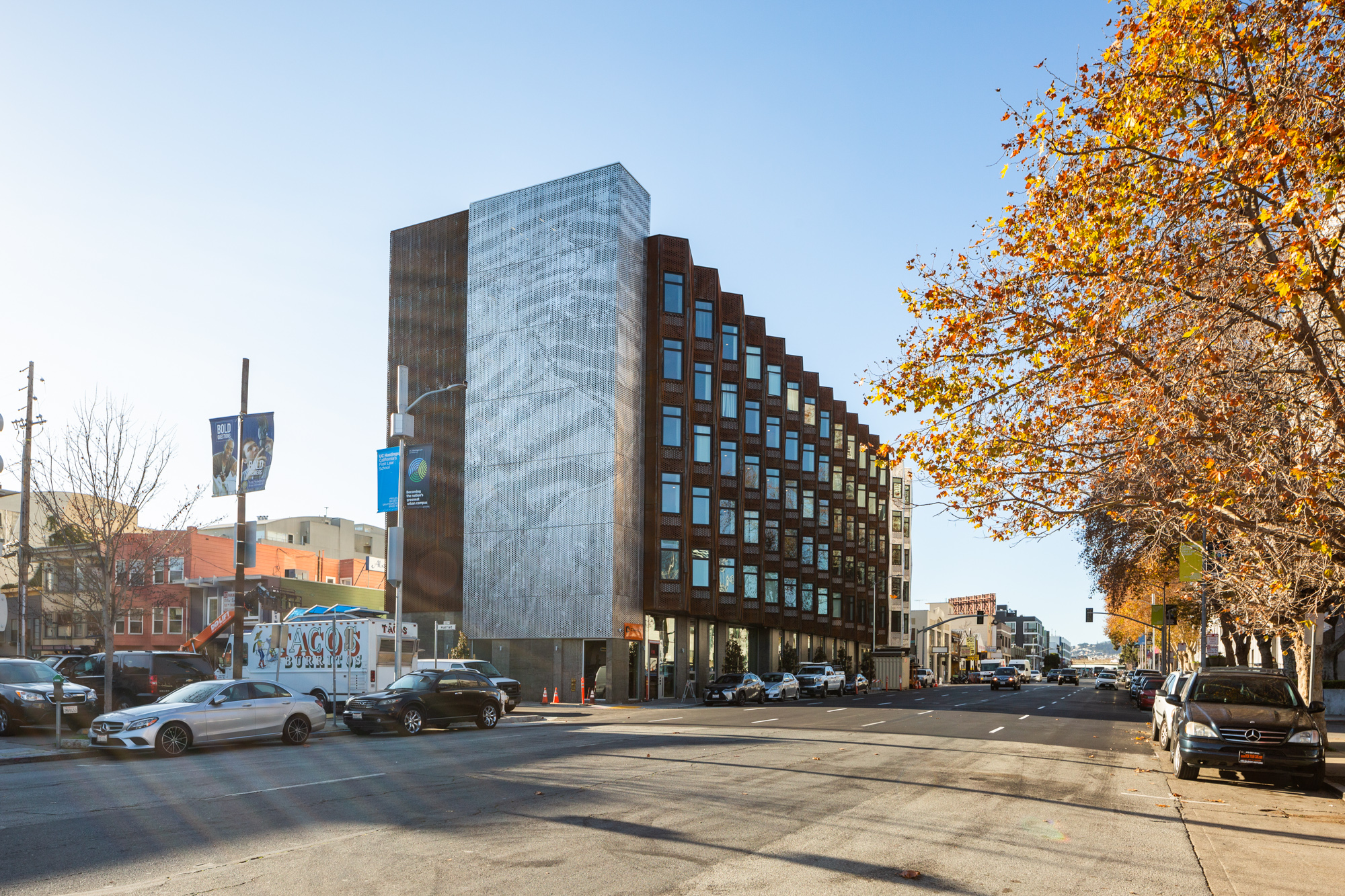 While construction of an affordable housing project would typically cost around $600-700,000 per unit, 833 Bryant Street reportedly remained under $400,000 per unit. This was achieved by expediting approval, a unique funding structure, and efficient construction techniques.

Cahill Contractors made use of prefabricated modular units during construction. The units were manufactured off-site by Factory_OS and brought to the site to be installed. The use of modular construction is part of why the project was completed so quickly. 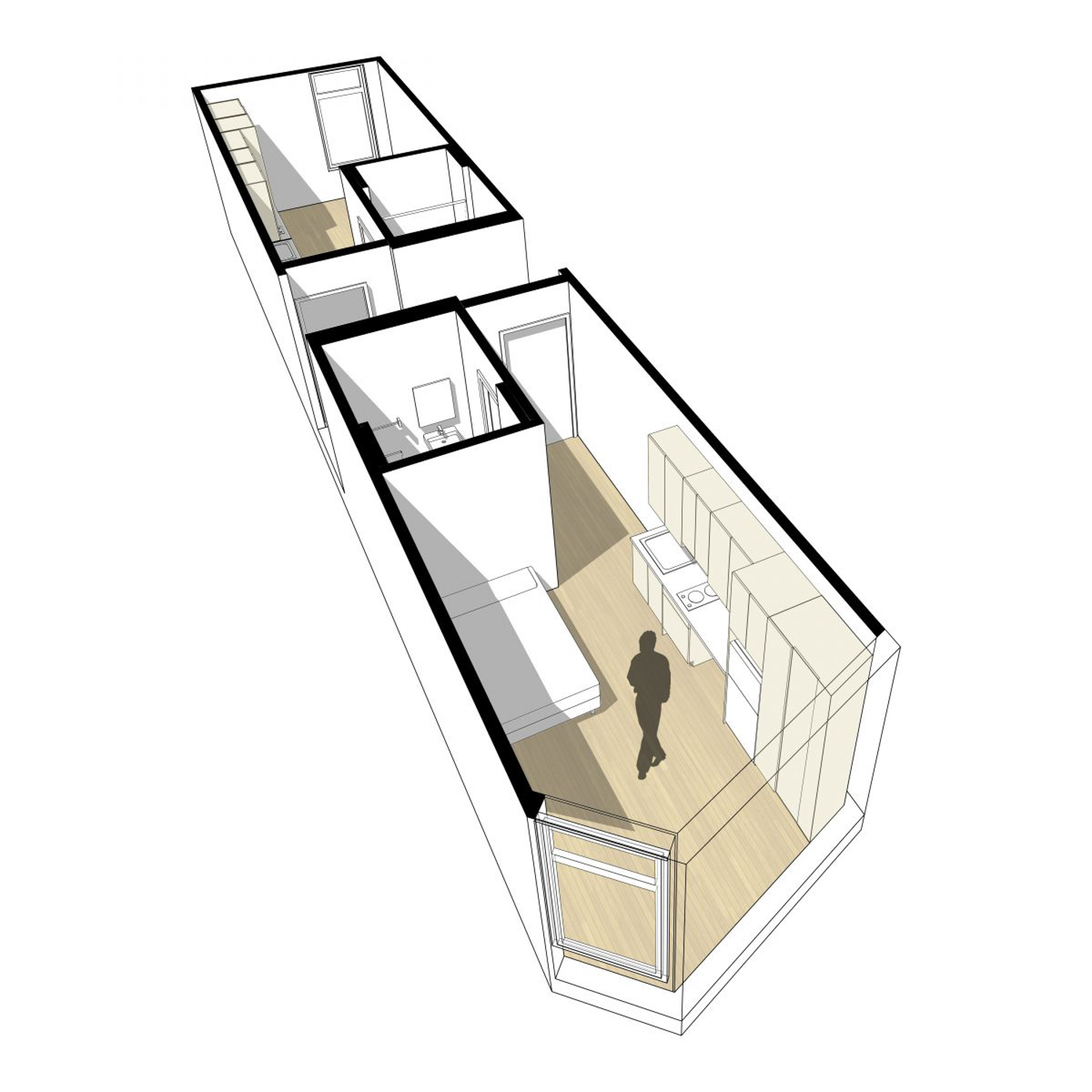 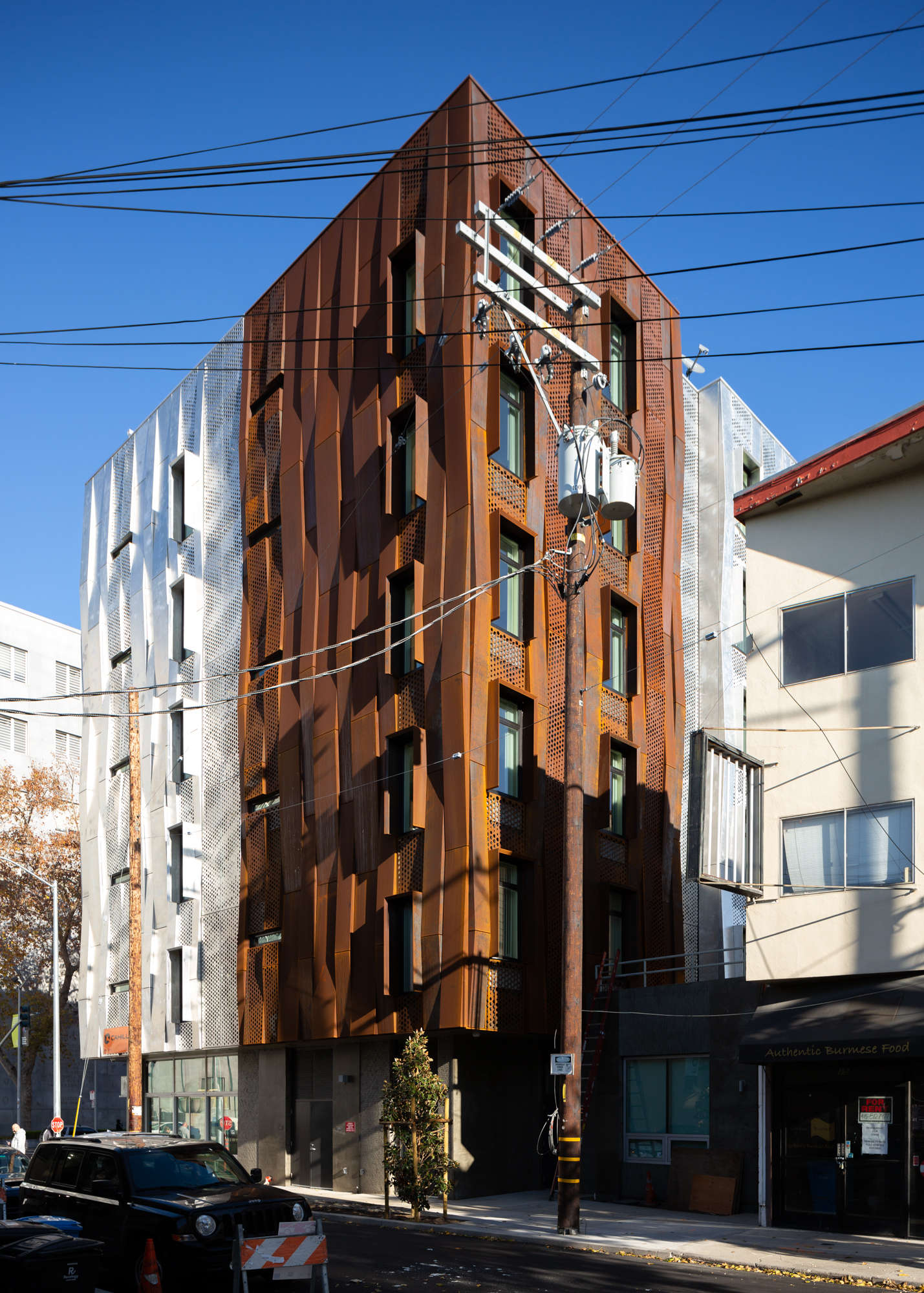 Fletcher Studio is the landscape architect, DCI Engineers is the structural engineer, and Luk & Associates is the civil engineer.

City records show that the property sold in October of 2018 for $8 million. According to new building permits filed in late 2019, construction was estimated to cost $27 million, though the project received a $50 million contribution from the joint project developer Tipping Point. 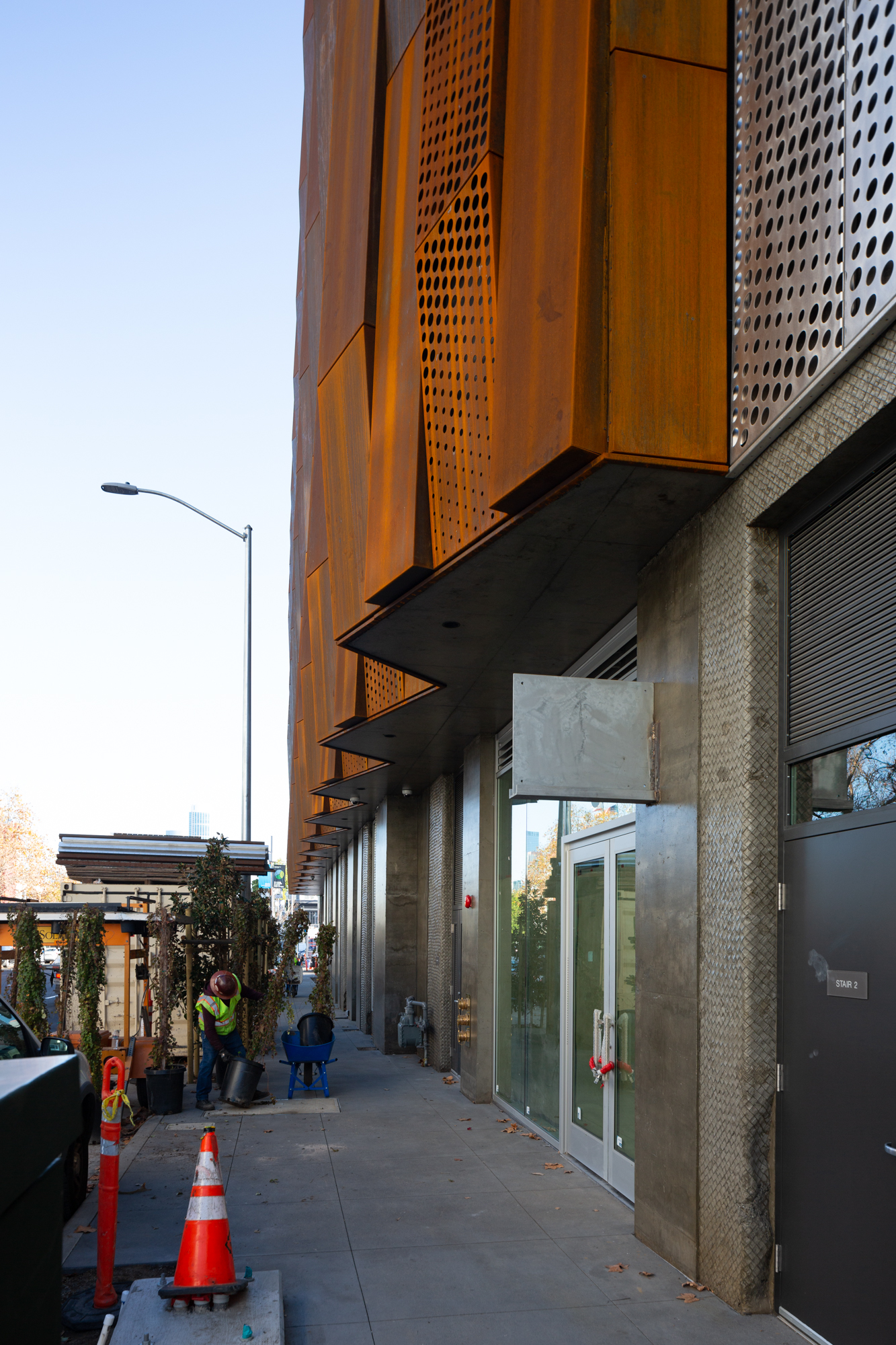 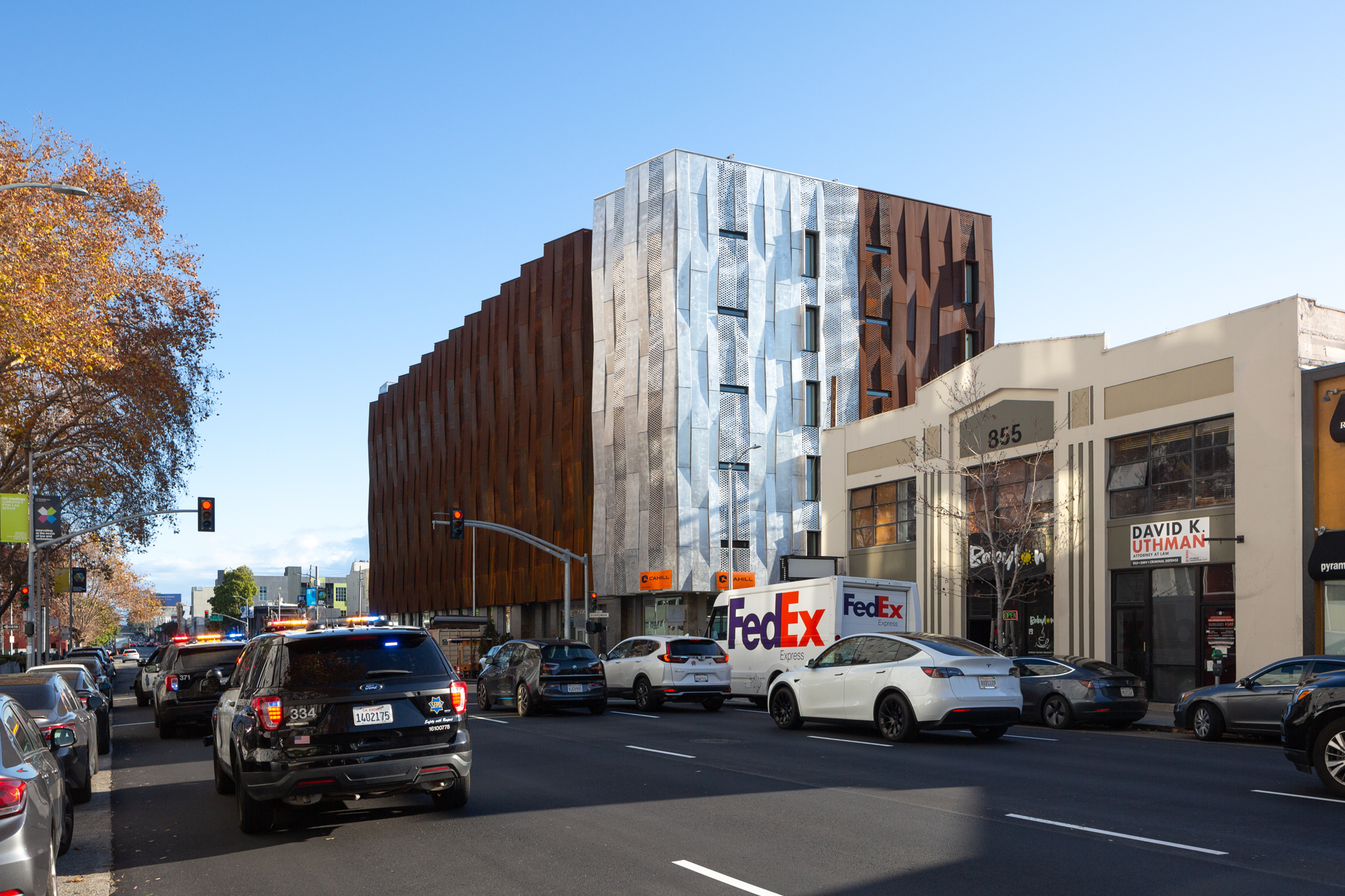 The Department of Homelessness & Supportive Housing of the City of San Francisco played a major role in the project design and development, working with the developers. The building benefited from Senate Bill 35 to expedite approval from the city and a 35% increase in allowed size thanks to the State Density Bonus Law.

Reflecting on the value of the project, the developers write that 833 Bryant can be “the prototype of what is hoped to model a new financing structure for permanent supportive housing.” For more information, visit the project website here: www.833bryant.org.