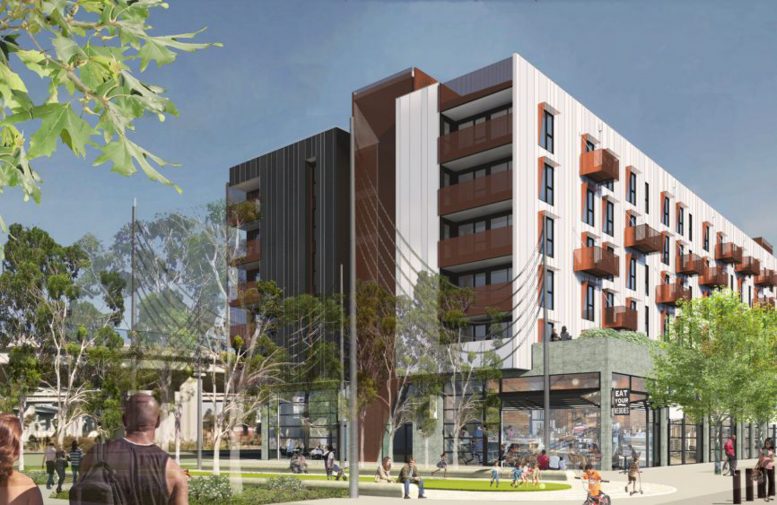 2011 Wood Street seen from across the park, rendering by David Baker Architects

Holliday Development has filed a new building permit for the five-story residential development addressed 2121 Wood Street in West Oakland. The application comes after the developer filed for an extension in late-2020, and withdrew permits earlier this year. If built, the project will add 235 new apartments to the city. 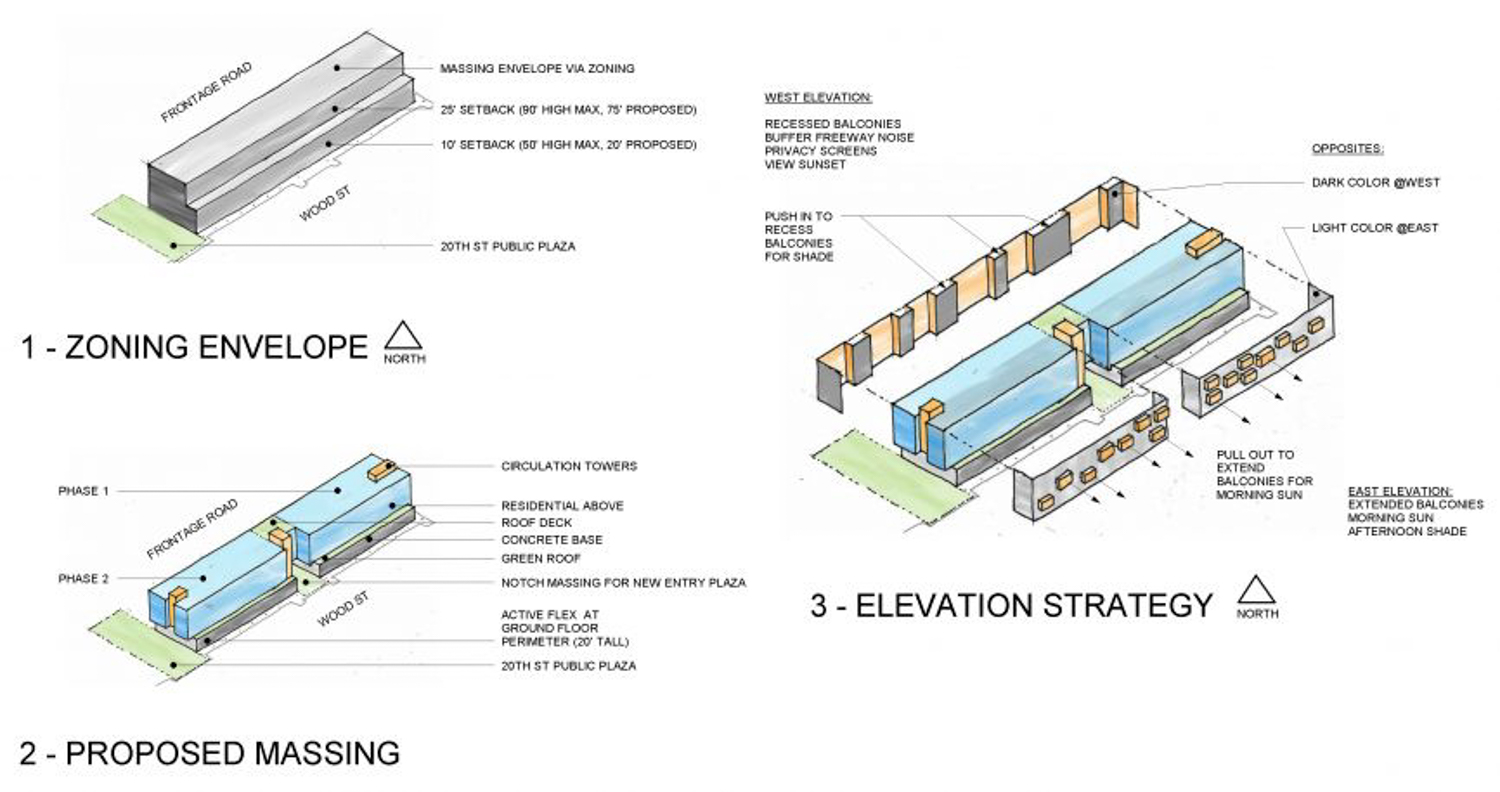 Diagrams of the design strategy for 2121 Wood Street, illustrations by David Baker Architects

David Baker Architects is responsible for the design, with EinwillerKuehl as the landscape architect. Murphy Burr Curry is the structural engineer. The building uses factory-built modular design, a process that expedites construction speed and lowers carbon emissions. The facade will feature open-air balconies overlooking the landscaping and surrounding area, while the facade itself will be painted a light color along the pedestrian-facing east wall and darker along the west wall facing I-880. 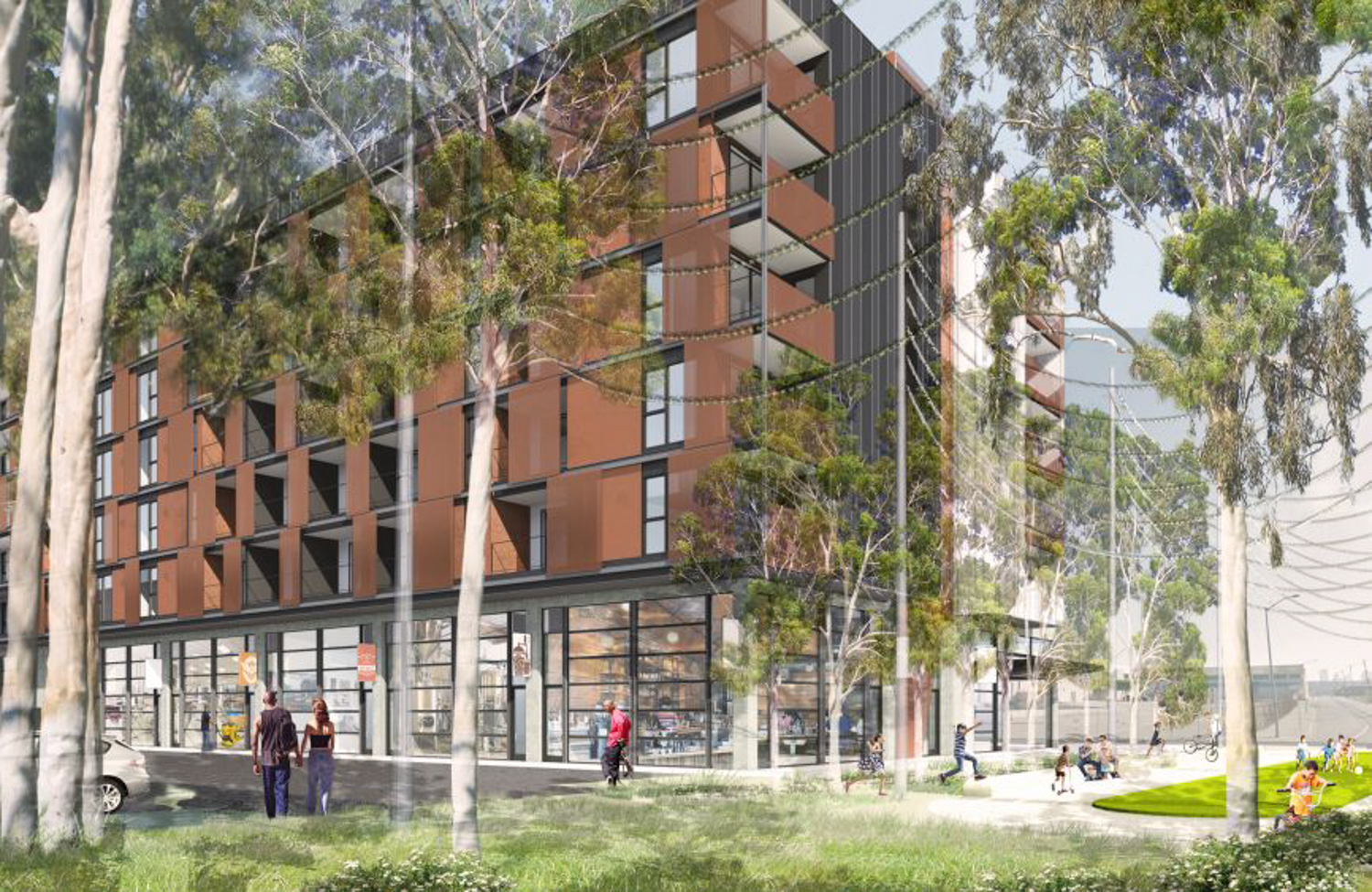 The project will create a new public plaza along 20th Street as a privately owned public open space. Future amenities will include a roof deck, a green roof, and landscaped entry plazas. The project is supposed to complement the neighborhood’s goal of creating an active, pedestrian-oriented urban community in West Oakland. 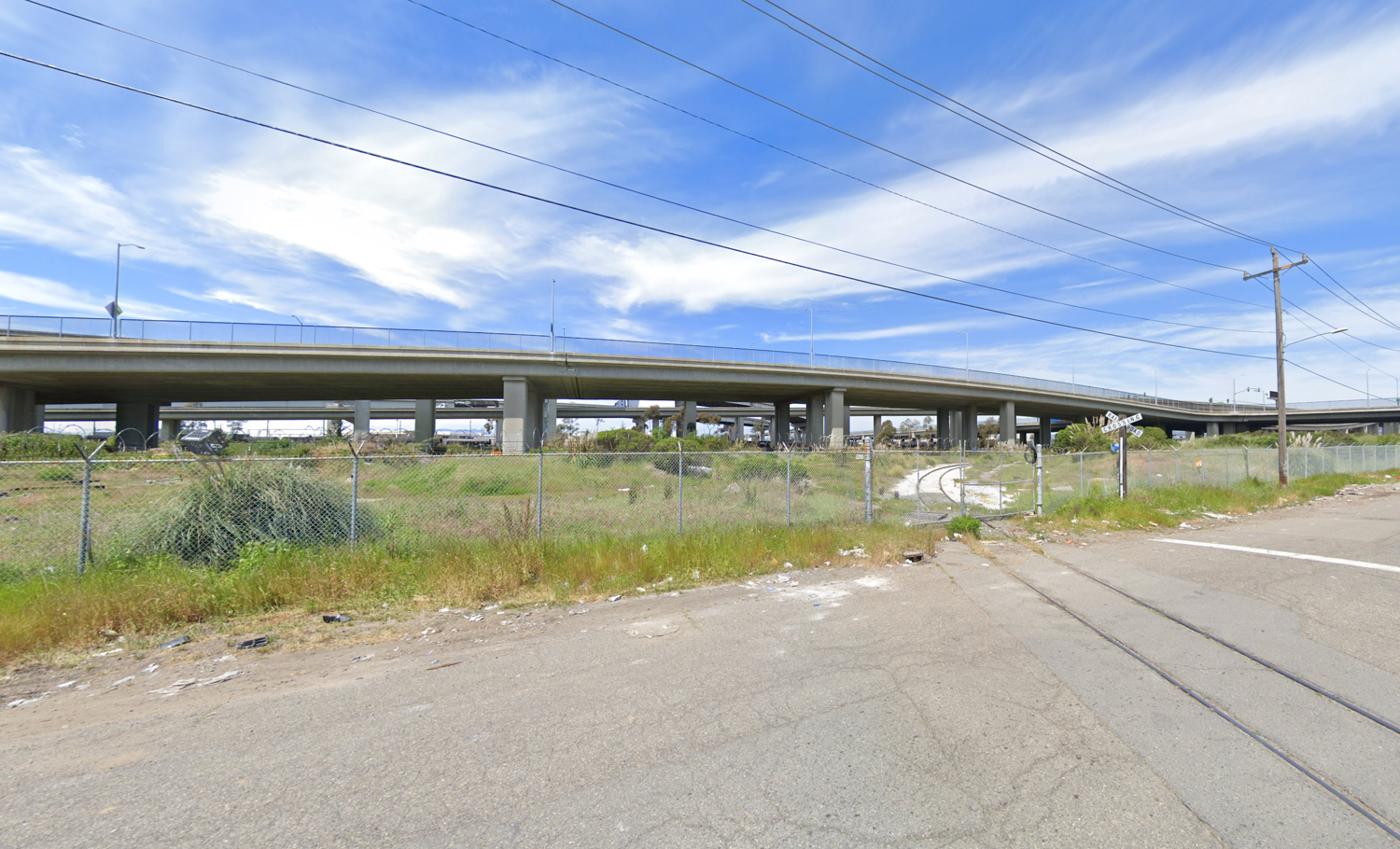 The estimated cost and timeline for construction have not yet been established.