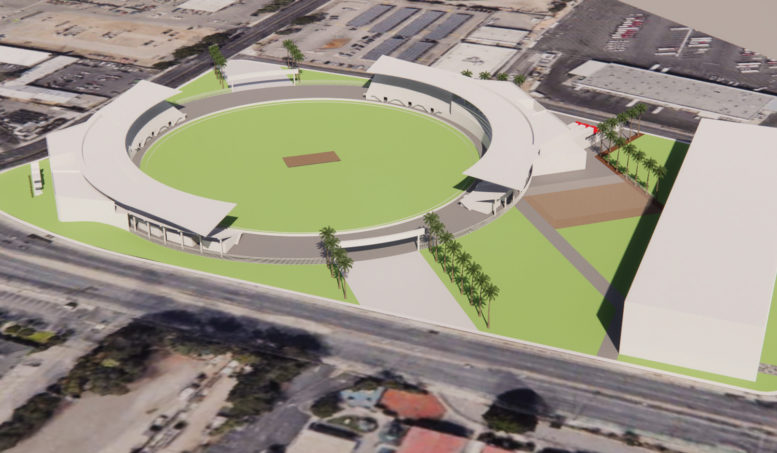 Plans for a new cricket stadium at the Santa Clara County Fairgrounds have been announced by Major League Cricket and Santa Clara County. The popular sport has been gaining traction in the Bay Area, with the MLC crediting the growing South Asian community as a catalyst for construction in San Jose. HKS will be the project architect, charged with designing a state-of-the-art arena to seat up to 15,000 fans.

The plans for the new stadium come with the establishment of the MLC association. The league is sanctioned by USA Cricket, bringing Twenty20 cricket to the United States for the first time. Prior to announcing San Jose, MLC announced plans for a stadium at Grand Prairie, Texas. Multiple stadiums will be proposed throughout the country. 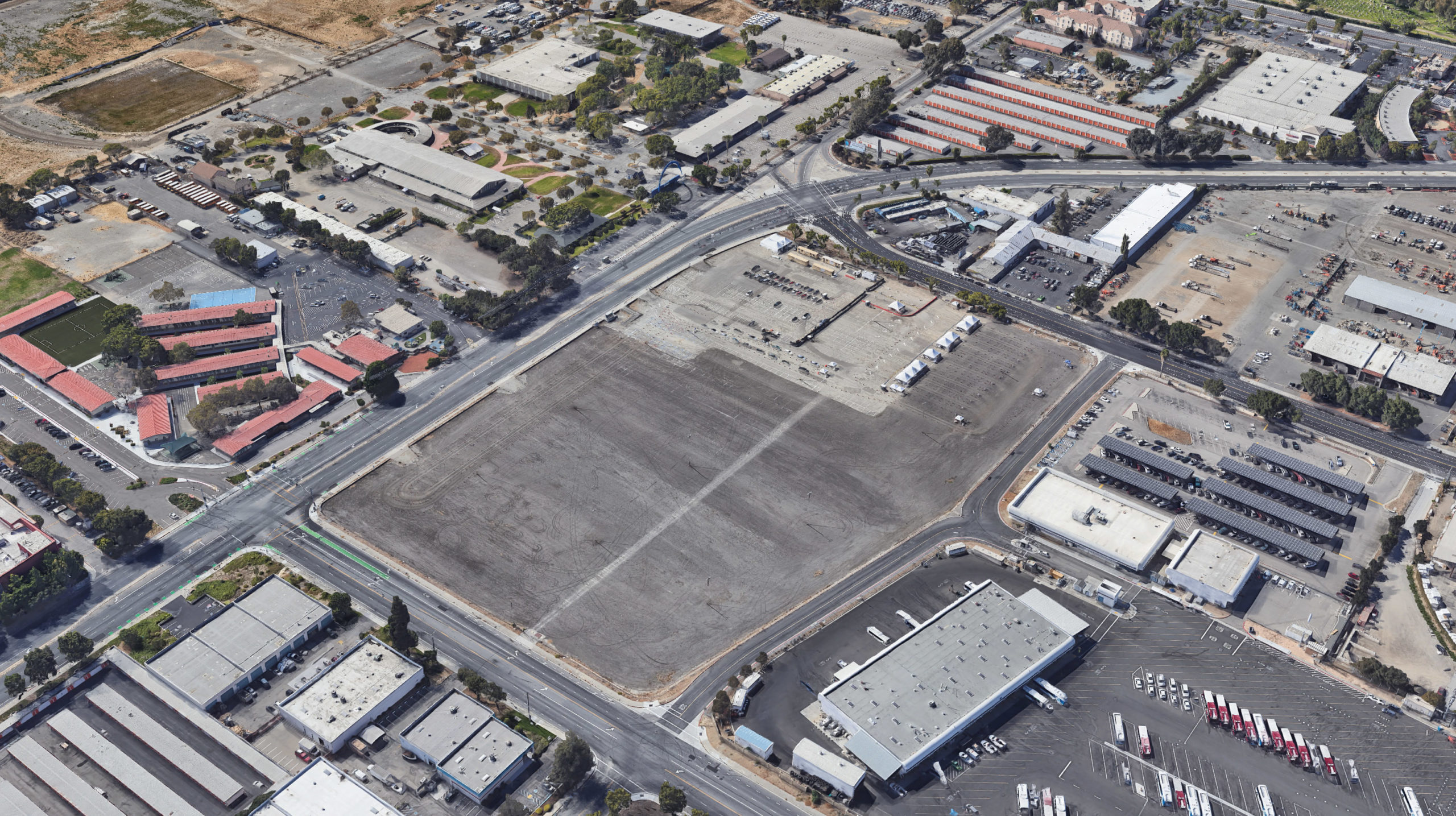 This week, Santa Clara County approved the “exclusive negotiating agreement” for the 14-acre property with MLC. This has kickstarted the design and development process, which explains why details about the new stadium are in an initial condition. Plans call for the establishment of public plazas, luxury suites, training facilities, team locker rooms, and an international-grade pitch. 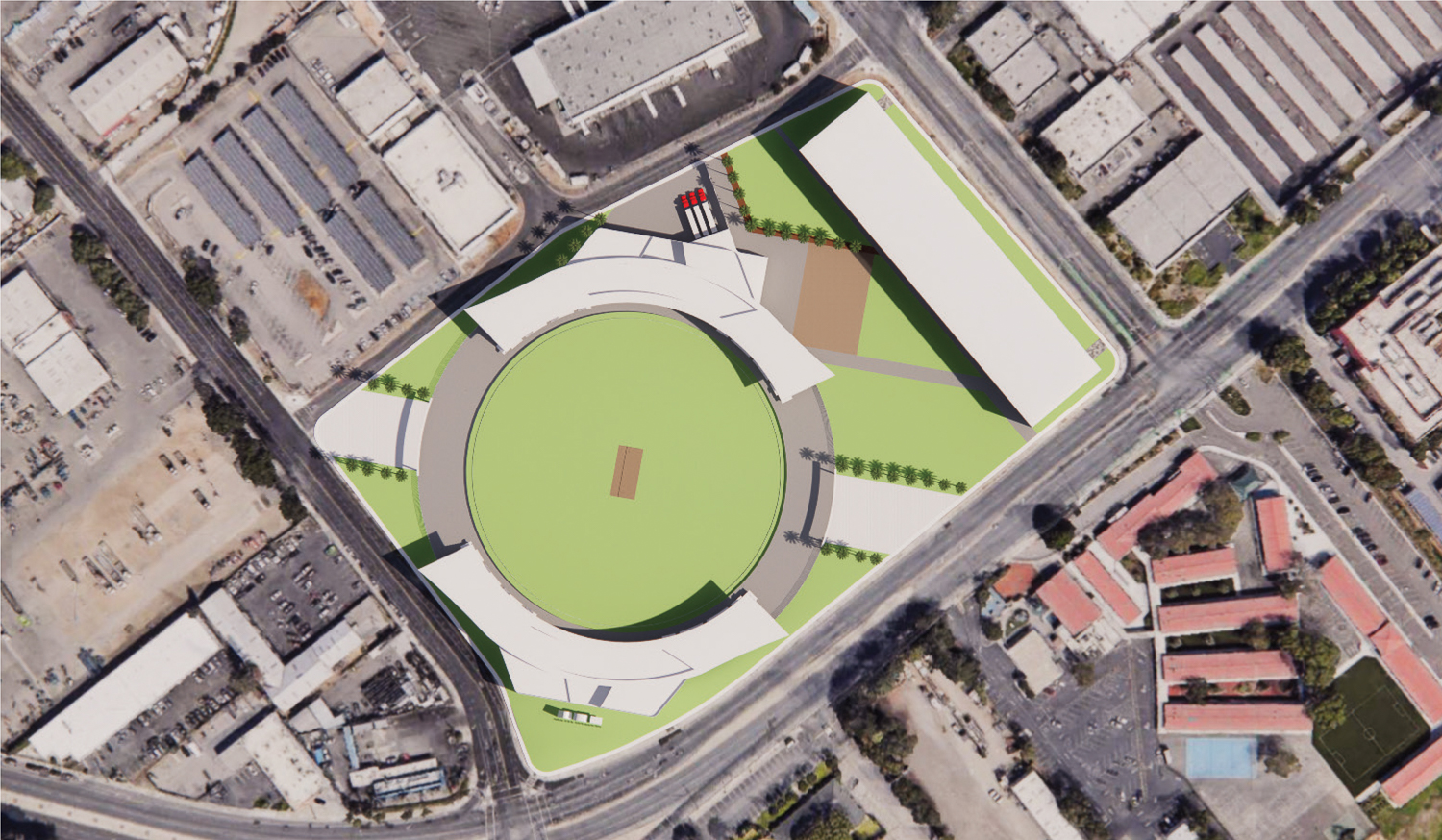 The county expects to lease the land and not provide any subsidies for the project’s construction. For regular games, the stadium will have a capacity to host six to eight thousand fans. For international events, like the world cup, the team can expand seating to host up to 15,000 fans.

Right now, the property is currently a surface parking lot. The site is across from a VTA Bus stop, with several lines, including Rapid 568, accessible a short walk away along Monterey Road, with buses reaching Downtown San Jose in about twenty minutes. The neighborhood around the fairgrounds includes a wide variety of projects, ranging from industrial buildings and strip malls to single-unit homes, apartments, and even a cemetery.

The following is a statement by MLC, in celebration of the announced Exclusive Negotiating Agreement:

The ENA marks a significant step forward in the development process and outlines key dates and obligations over the next 12 months for both Major League Cricket and the County of Santa Clara to agree to terms and gain the approvals required for constructing a stadium with a maximum capacity of 15,000. The location and its demographics make the Santa Clara County Fairgrounds suited perfectly for developing a marquee home for the world’s second-most popular sport, with one of America’s largest cricket fanbases located in the Bay Area.

Otto Lee, County of Santa Clara District 3 Supervisor, said that “the addition of an international cricket venue to the Santa Clara County Fairgrounds would help attract large numbers of visitors from around the world to the region. We look forward to finalizing plans with MLC to move forward with this exciting development for Santa Clara County.”

Twenty20, or ICC Men’s T20 World Cup, is an international competition organized by the International Cricket Council. The United States and the West Indies are expected to co-host the competition in 2024.

The San Jose grounds will be one of only a few international cricket grounds in the United States and among the largest in the county. The current largest ground is the Central Broward Regional Park in Lauderhill, Florida, able to host 20,000 fans. The stadium hosted four Twenty20 World Cups since 2010.

From the Santa Clara County press release, MLC co-founder Sameer Mehta exclaimed that “Major League Cricket is excited by the prospect of developing an international quality cricket stadium in a location accessible to so many cricket fans in the Bay Area… We are grateful to the County of Santa Clara for exploring how the Fairgrounds location can serve as a world class home for Major League Cricket and USA Cricket.”