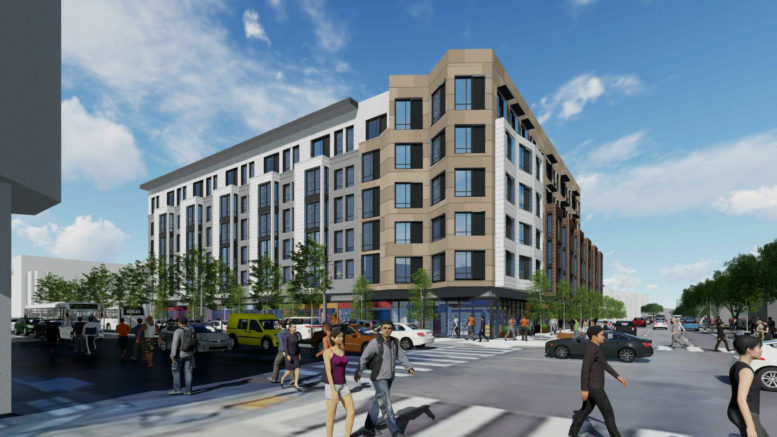 Several demolition permits have been filed to clear the way for 400 Divisadero Street, a residential infill at the corner of Oak Street in San Francisco’s Lower Haight neighborhood. The long-planned development is aiming to replace two car-oriented structures and low-density buildings with 186 new homes. Genesis CA Development is listed as the project developer. 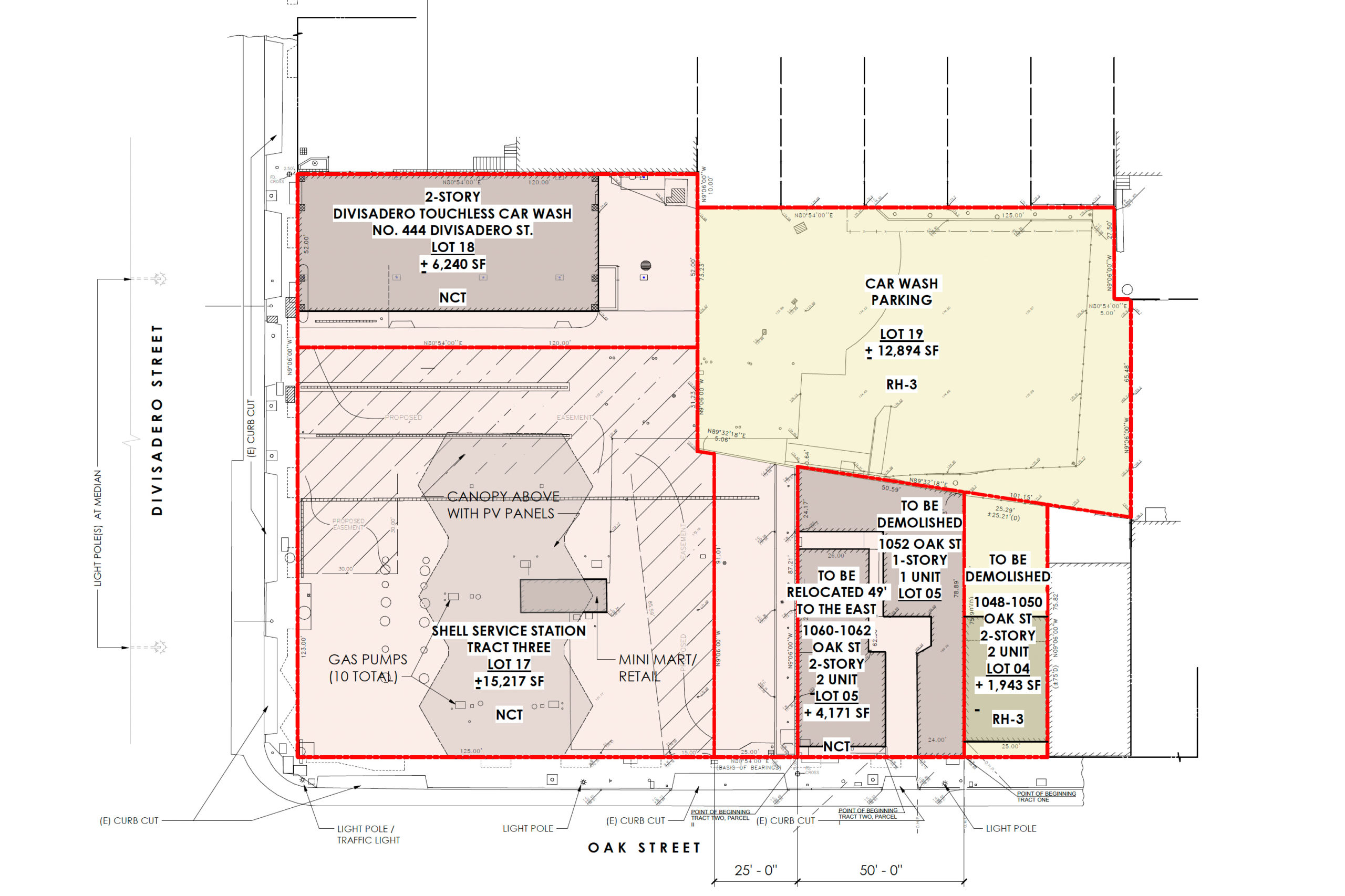 Demolition permits were filed for the following addresses: 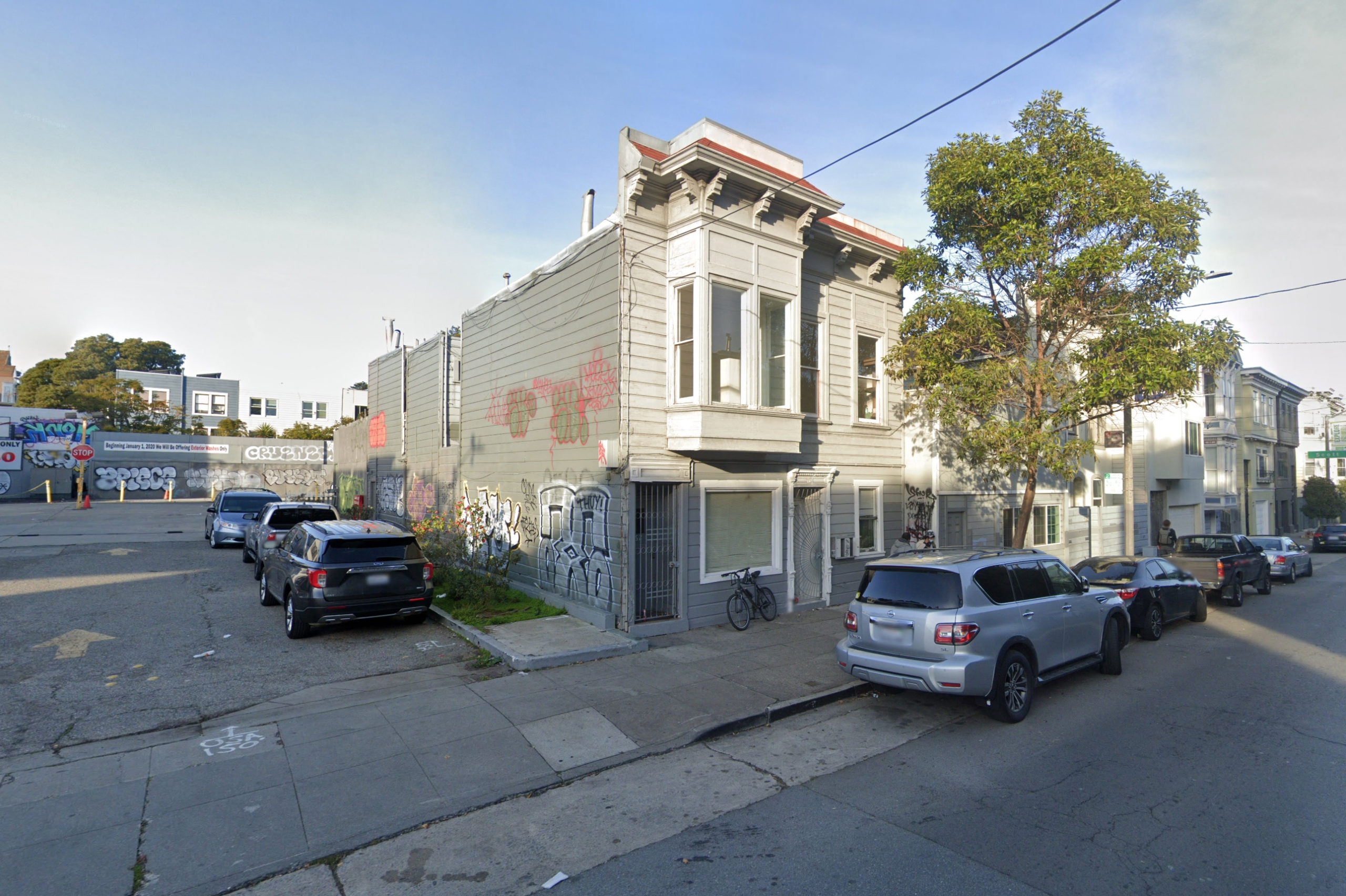 As part of plans for 400 Divisadero Street, 1060-1062 Oak Street will be moved 49 feet east to a new location, image courtesy Google Street View

WDG Architecture and BDE Architecture are jointly responsible for the design. The overall aesthetic is a historicized emulation of San Francisco’s architectural vernacular, including the residential bay window. Facade materials will include stucco, fiber cement panels, and hardi siding. 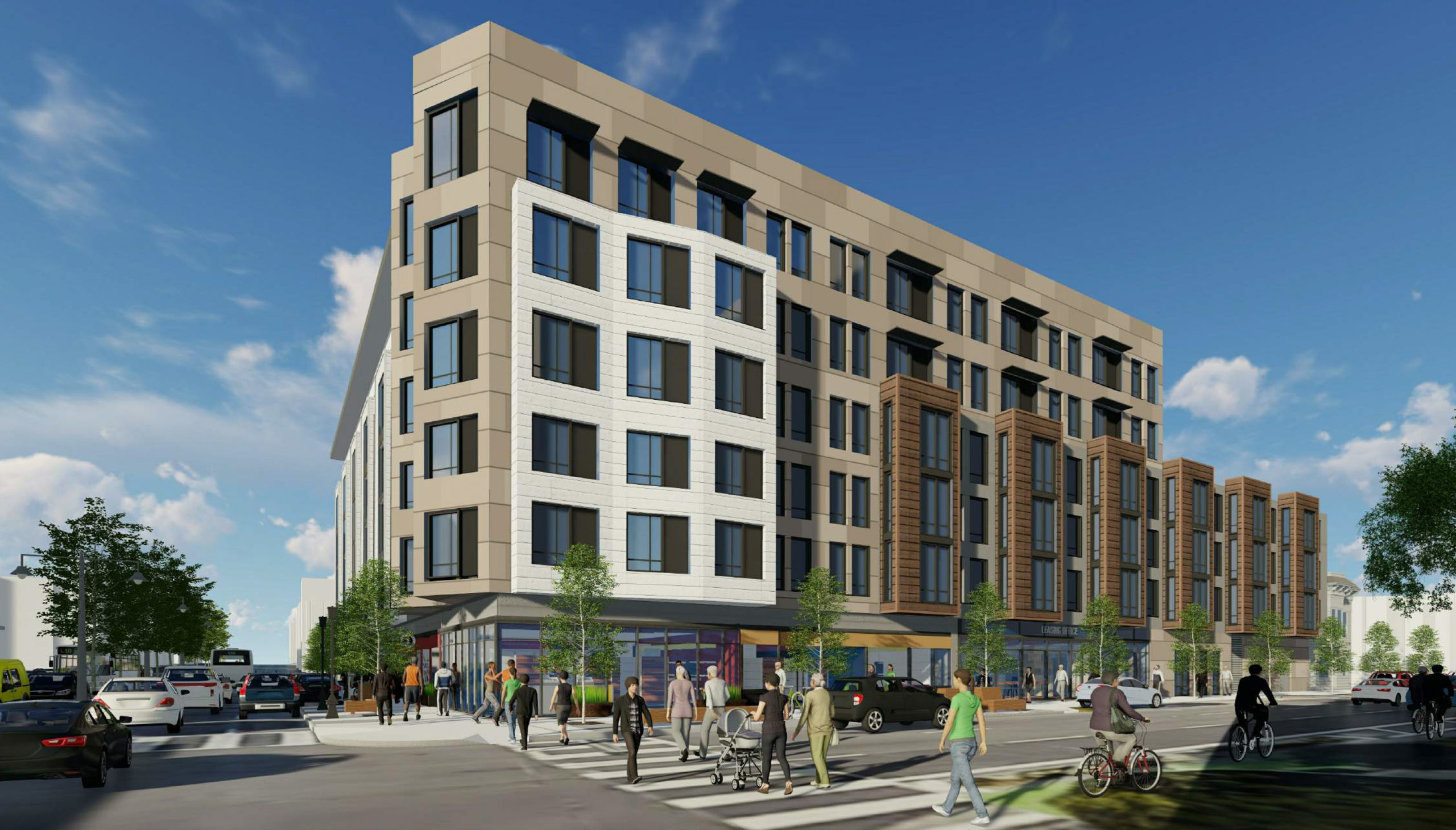 The developers first filed the project assessment in 2015. Due to anti-housing feedback, the developer opted not to pursue the local density bonus, which would have created more housing and more affordable housing for the popular neighborhood. 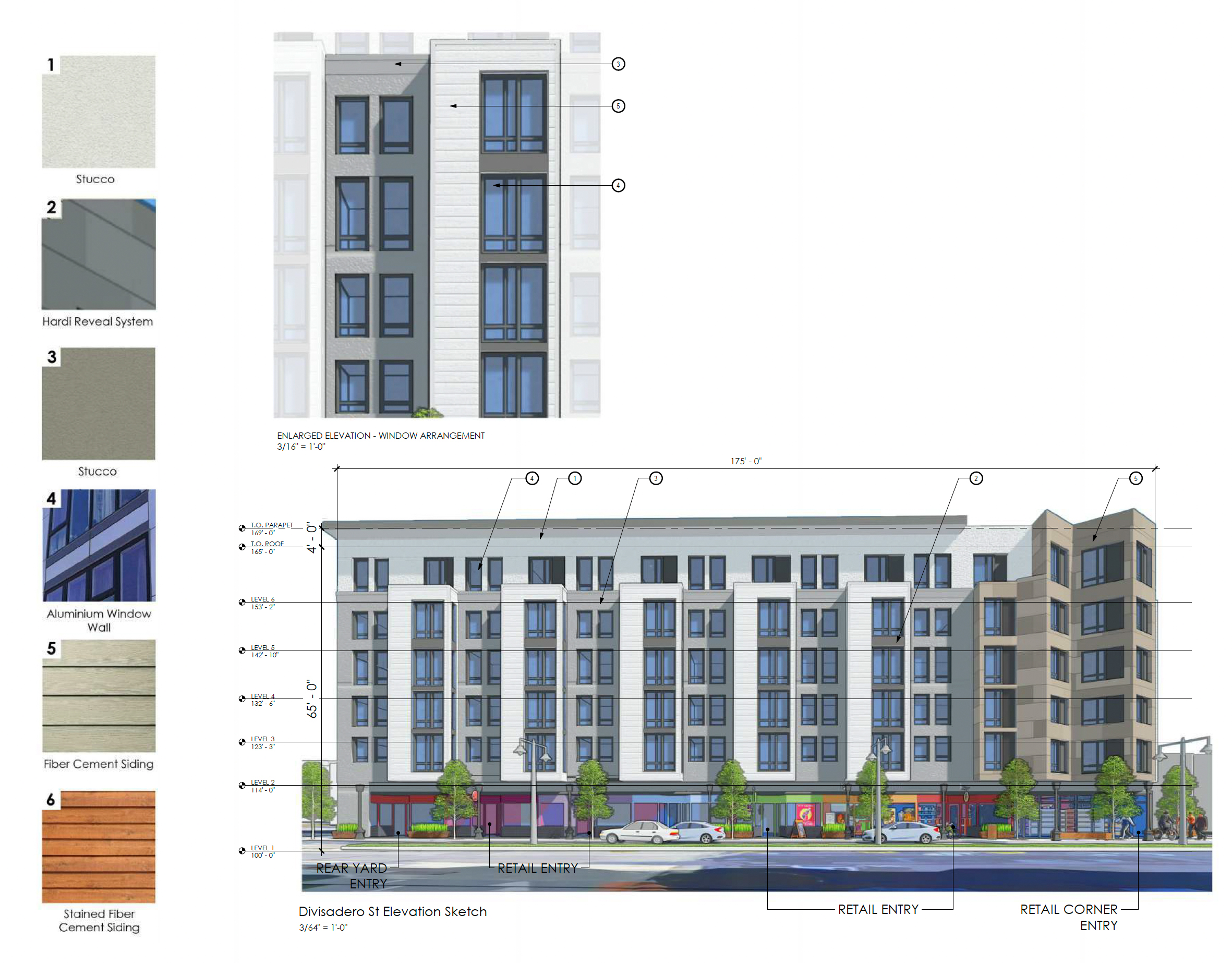 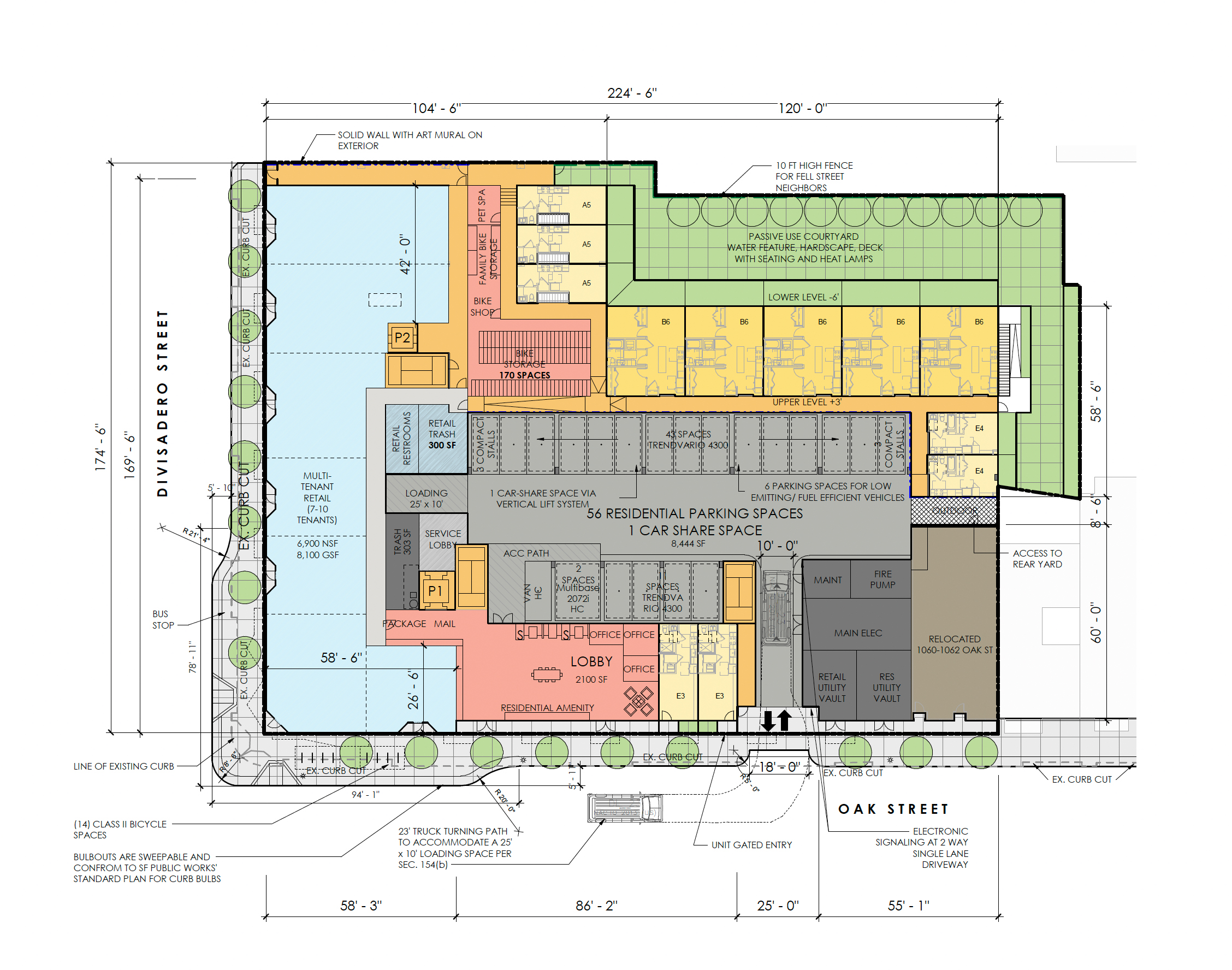 Of the 186 units, there will be 89 efficiency studios, 21 one-bedrooms, 74 two-bedrooms, and two three-bedrooms. 36 units will be priced below the market rate. 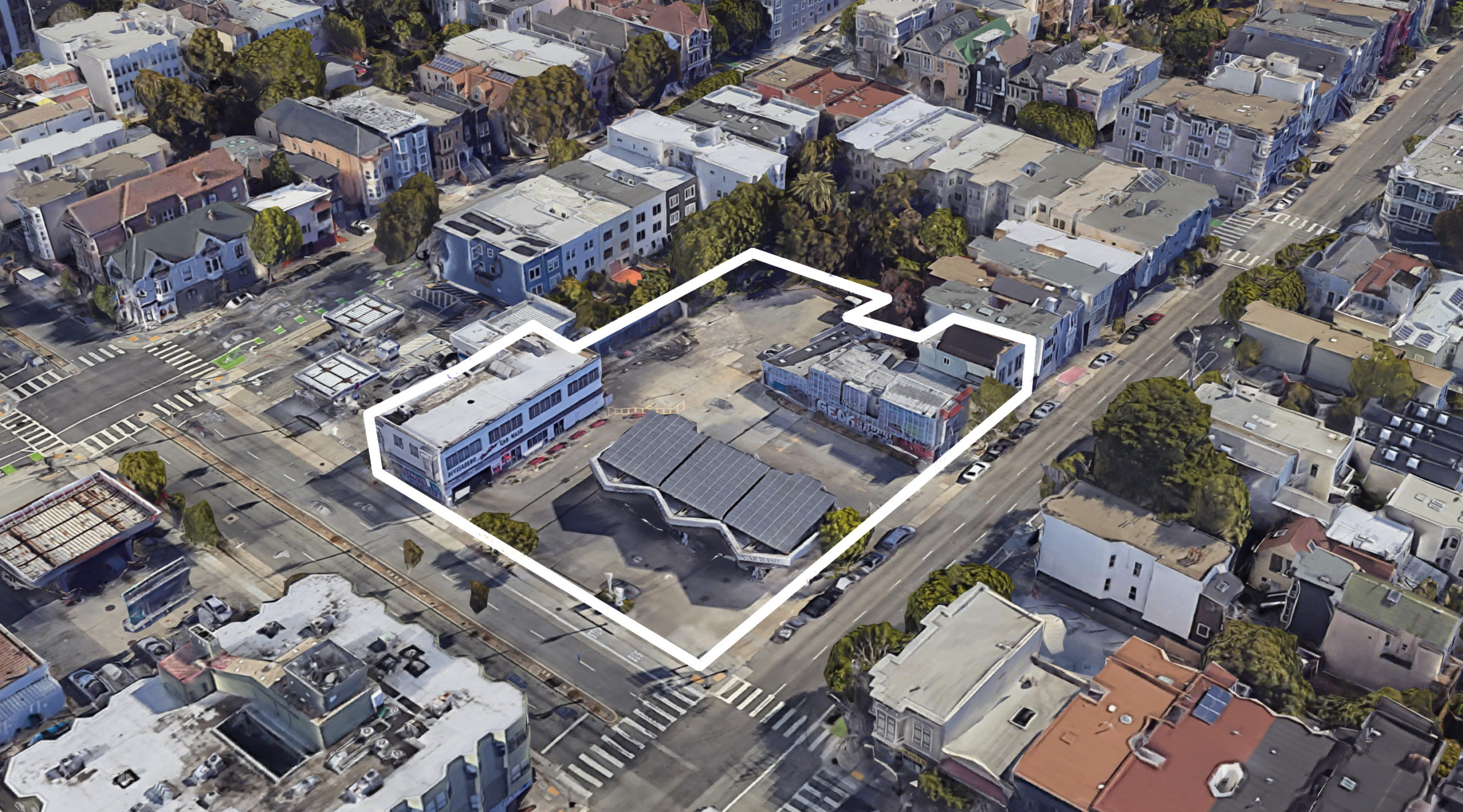 Ray and Patty Shimek are listed in applications as property owners. Construction is expected to cost $39.6 million and last 33 months from groundbreaking to completion.