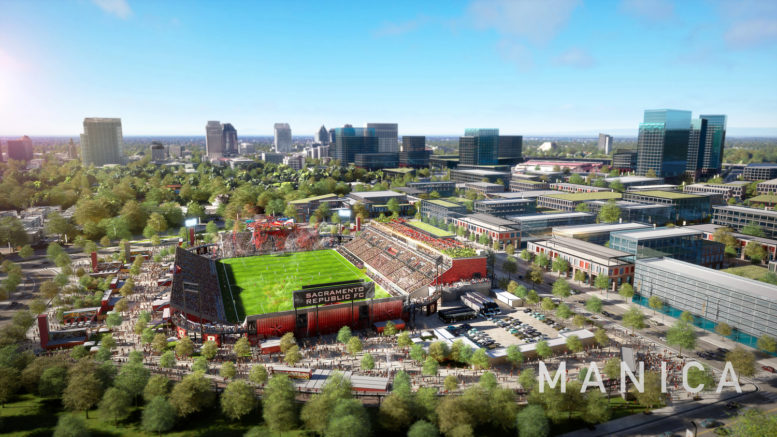 Sacramento Republic FC has announced plans to build a new Major League Soccer stadium by downtown Sacramento. The new sports center will be named Railyards Stadium, with the design by the Missouri-based MANICA Architecture. The project would cost nearly one billion dollars, with a new urban neighborhood zoned in the adjacent lots.

In the club’s press release, the Republic FC Owner and CEO, Kevin Nagle, expressed that “we’re ready with a new vision that allows us to take our destiny into our own hands, and to create a community asset that will grow with the team and city.” The announcement comes after a year of searching for investors for the Major League Soccer team’s expansion.

The team was founded in 2012, playing in the Western Conference of the United Soccer League, founded in 2010. With the completion of the new stadium, Republic FC will become the 29th and latest team to join the Major League Soccer league, the highest level for the sport in the United States. 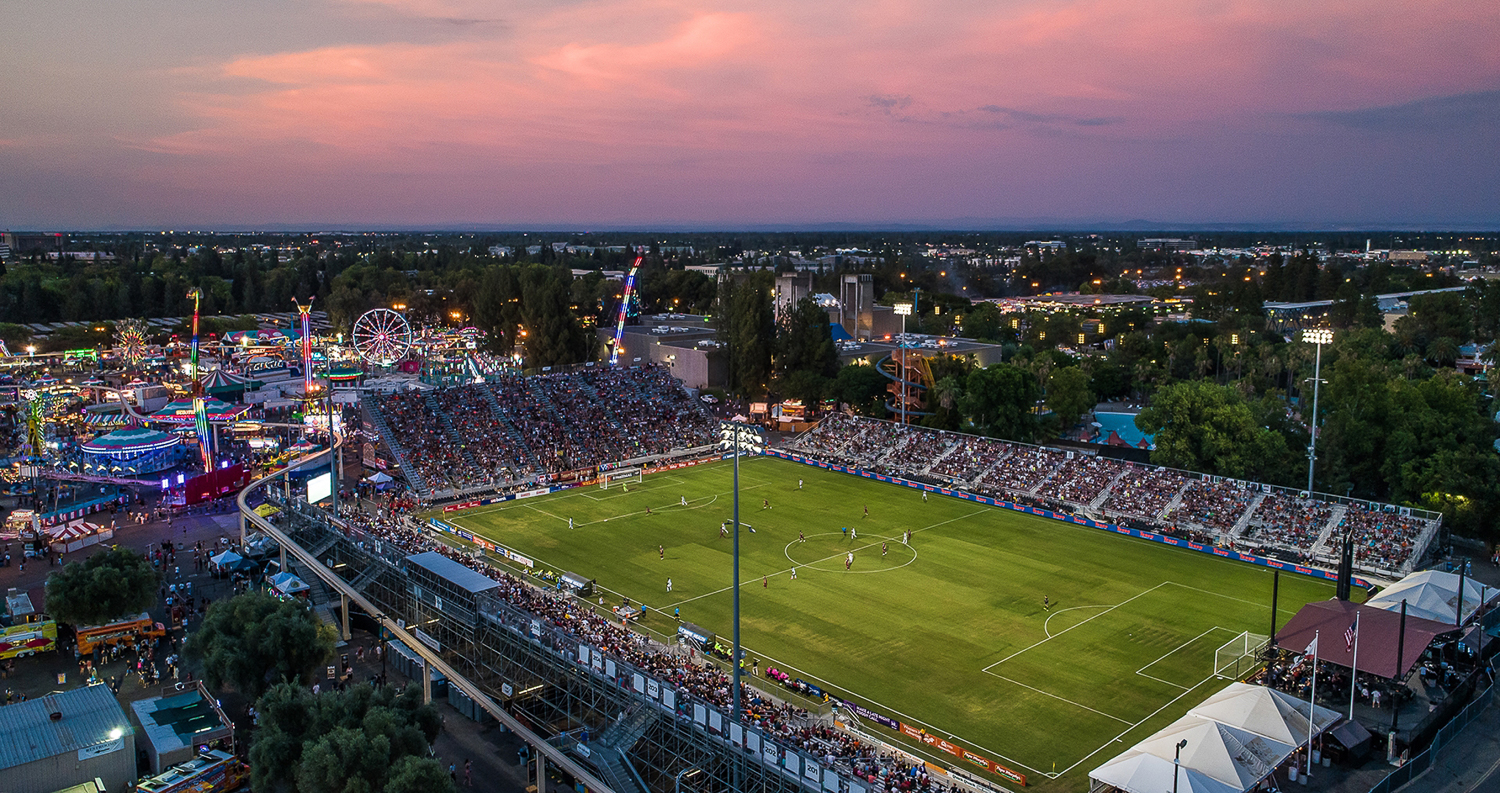 The team currently plays at the Heart Health Park, a sports venue most often used by the team with a capacity of over 11,500 people. The stadium is on the Cal Expo grounds. Visitors traveling from downtown can expect to travel between 40 minutes to an hour via public transit.

The Machete Group is managing the development, a Houston-based advisory firm specializing in venue development across the United States. 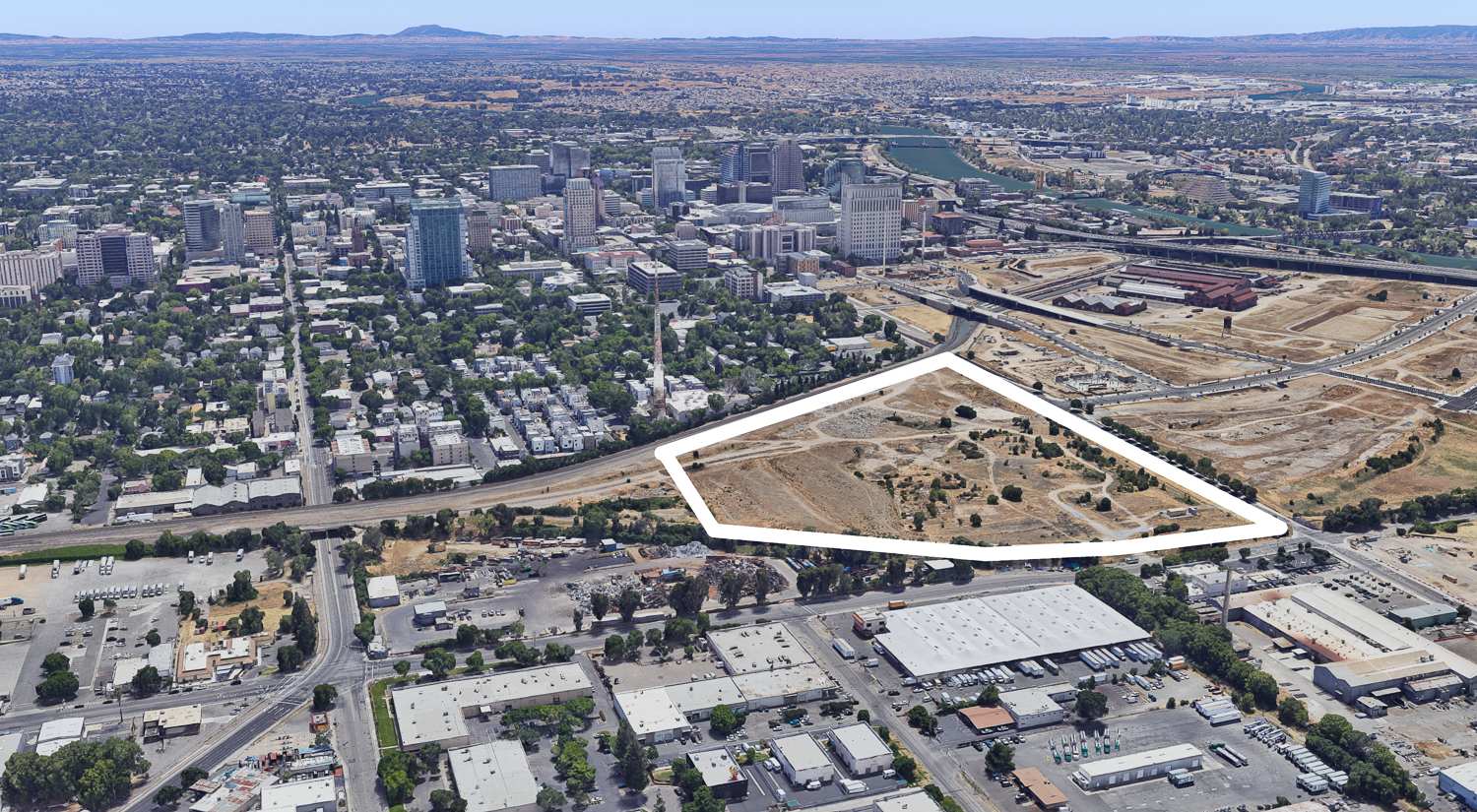 The new stadium is expected to initially seat between 12-15,000 people, with the ability to expand to over 20,000 seats when demand increases for the stadium. The building will also be open to hosting events for marquee soccer games and international competitions, concerts, festivals, and shows. The field will even be flexible for other sports events, including rugby, lacrosse, and college sports.

Though information about the architecture by MANICA is scarce, the rendering provides a significant overall context for the project. The Sacramento Railyards Stadium will not be surrounded by a sea of surface parking for cars. Instead, parking will be included in a nearby garage, with fans likely encouraged to use the public transit promoted by the Railyards master plan.

Two projects by MANICA will be of note for our Bay Area readers. The first is Chase Center, located along the Mission Bay waterfront in San Francisco. It is an imposing white circle designed in collaboration with Kendall Heaton Associates and Pfau Long Architects. Allegiant Stadium in Las Vegas is the second stadium, new home to the Raiders, the former Oakland football team. 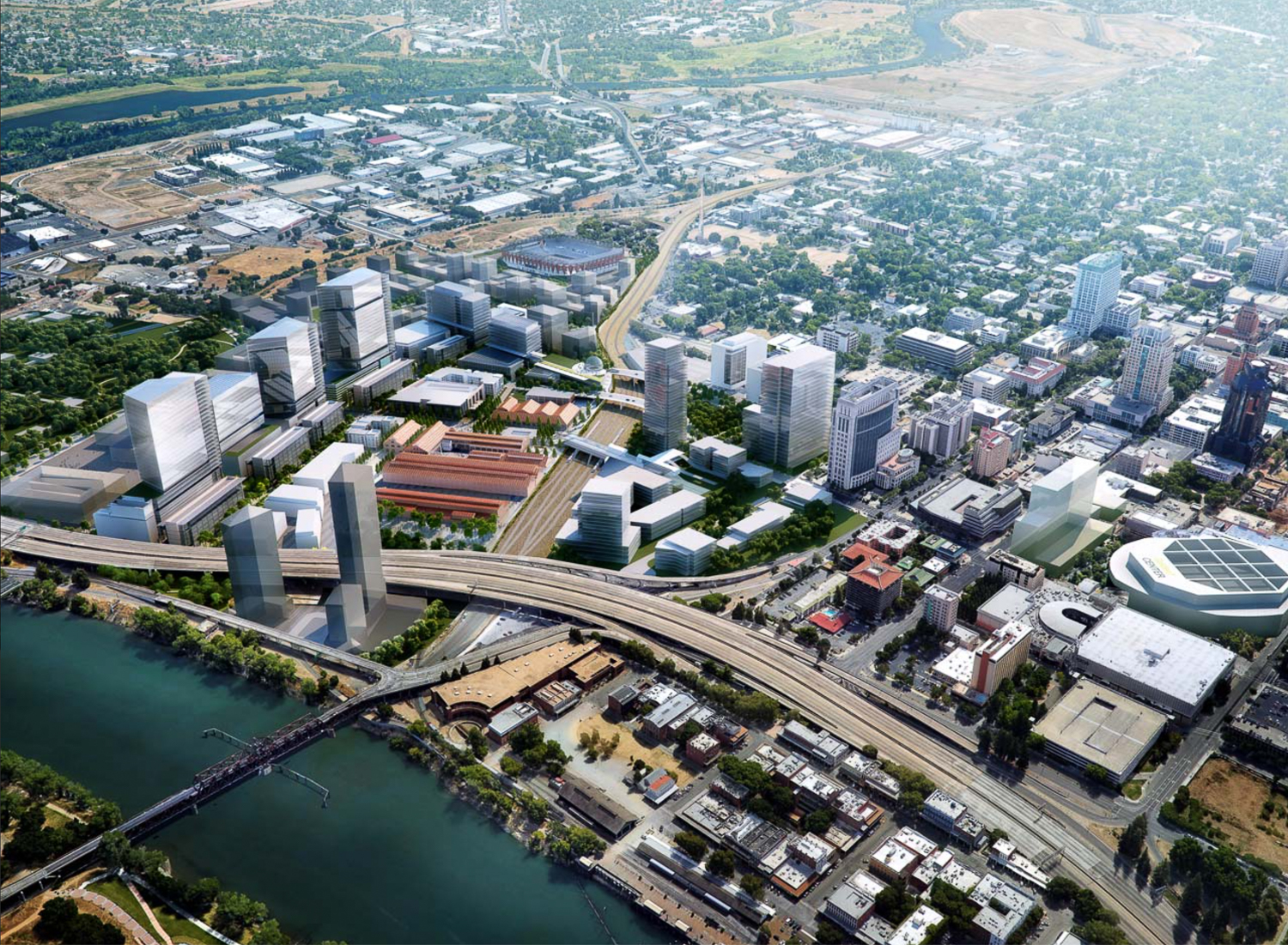 The new soccer stadium would serve as the entertainment focal point within the Railyards Specific Plan, a 244-acre master plan to reshape a vast swatch of vacant or abandoned industrial land adjacent to the State Capitol with what plans hope will be a “transit-oriented, sustainable community.” The plan integrated preserved historic buildings with residential and commercial zones, housing, and a proposed 18-acre campus for Kaiser Permanente.

As described in the Republic FC press release, “Railyards Stadium will anchor an investment nearing $1 billion dollars that will accelerate development throughout The Railyards – invigorating the 242-acre district which has sat dormant for over 50 years. Beyond the stadium, the team will lead mixed-use, housing and retail development projects – all of which will help double the size of Downtown and create a hub of activity for the region.” 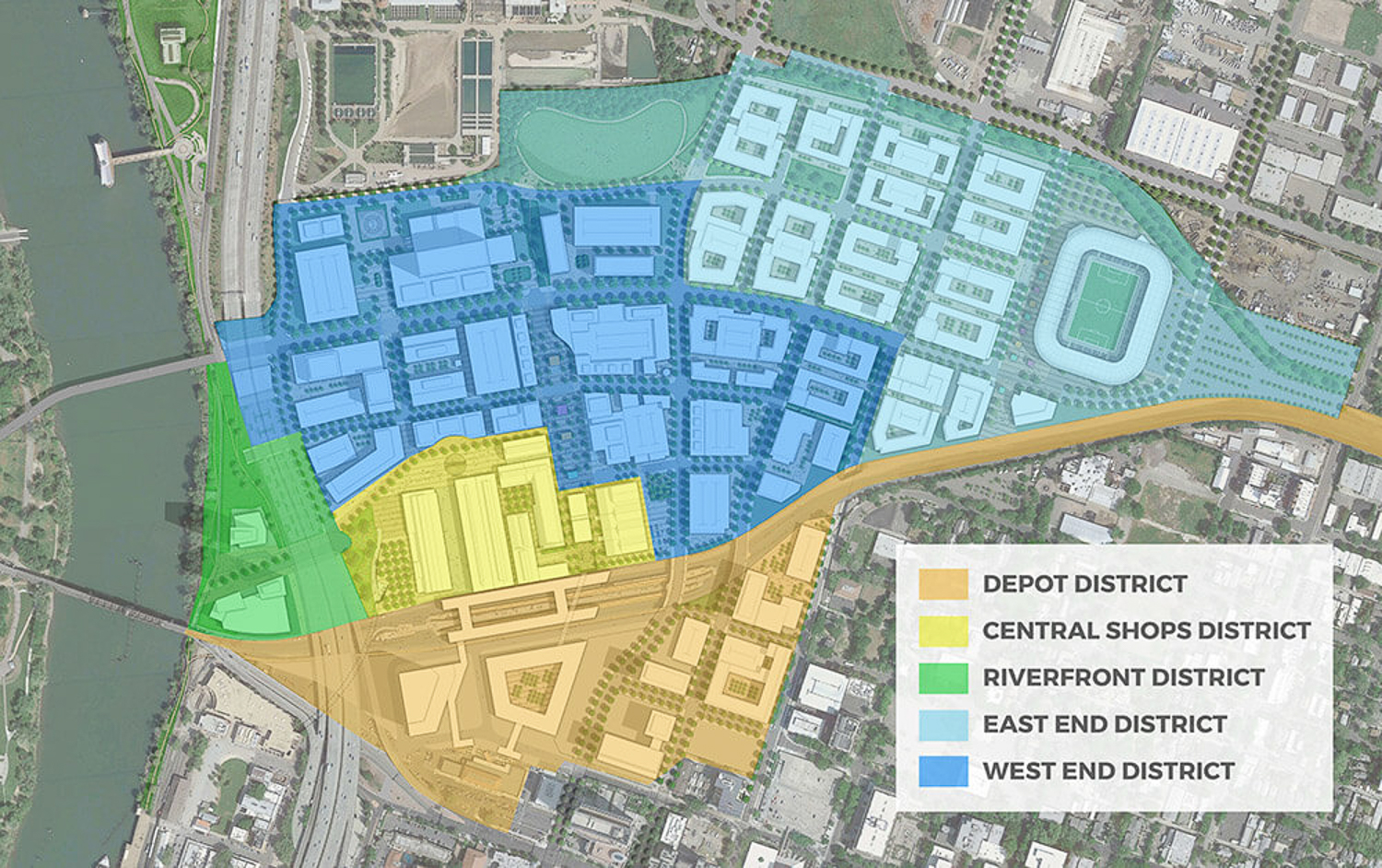 The five districts within The Railyards master plan

The project is expected to open as the most modern new stadium before the 2026 FIFA World Cup event, hosted by the United States, Canada, and Mexico.