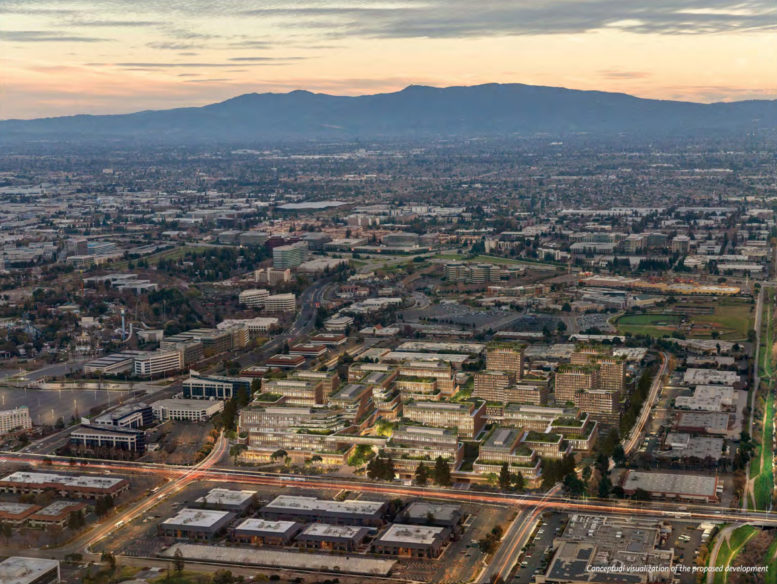 A CEQA Notice has been published for the proposed Mission Point Project in the City of Santa Clara. The publication follows a community meeting held by the city with the developer and the community in late March. In its latest reduced iteration, plans for Mission Point are to build over three million square feet of offices, 1,800 new homes, retail, and a childcare facility. Kylli is the project sponsor, with Gensler responsible for the design.

Construction will reshape 48.6 acres at 3005 Democracy Way, currently occupied by four office buildings and the furthest surface parking lot for Levi’s Stadium. Unlike other projects of this scale, Mission Pint will build just four structures, each made to look like many separate towers. While this may expedite construction, it is an unorthodox choice running against common wisdom; more buildings on a block will cultivate a more vibrant and successful built environment with greater opportunities and interest. 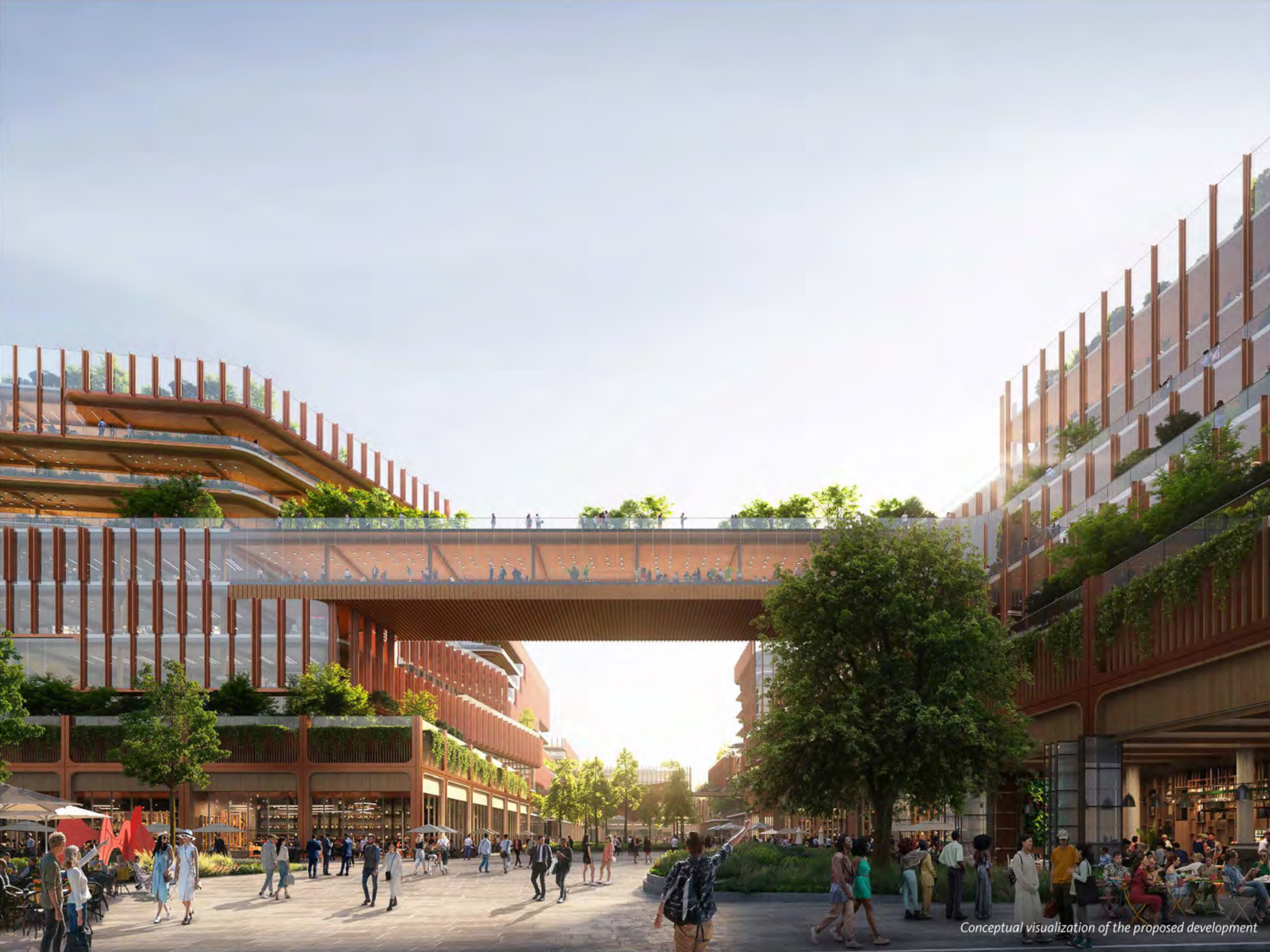 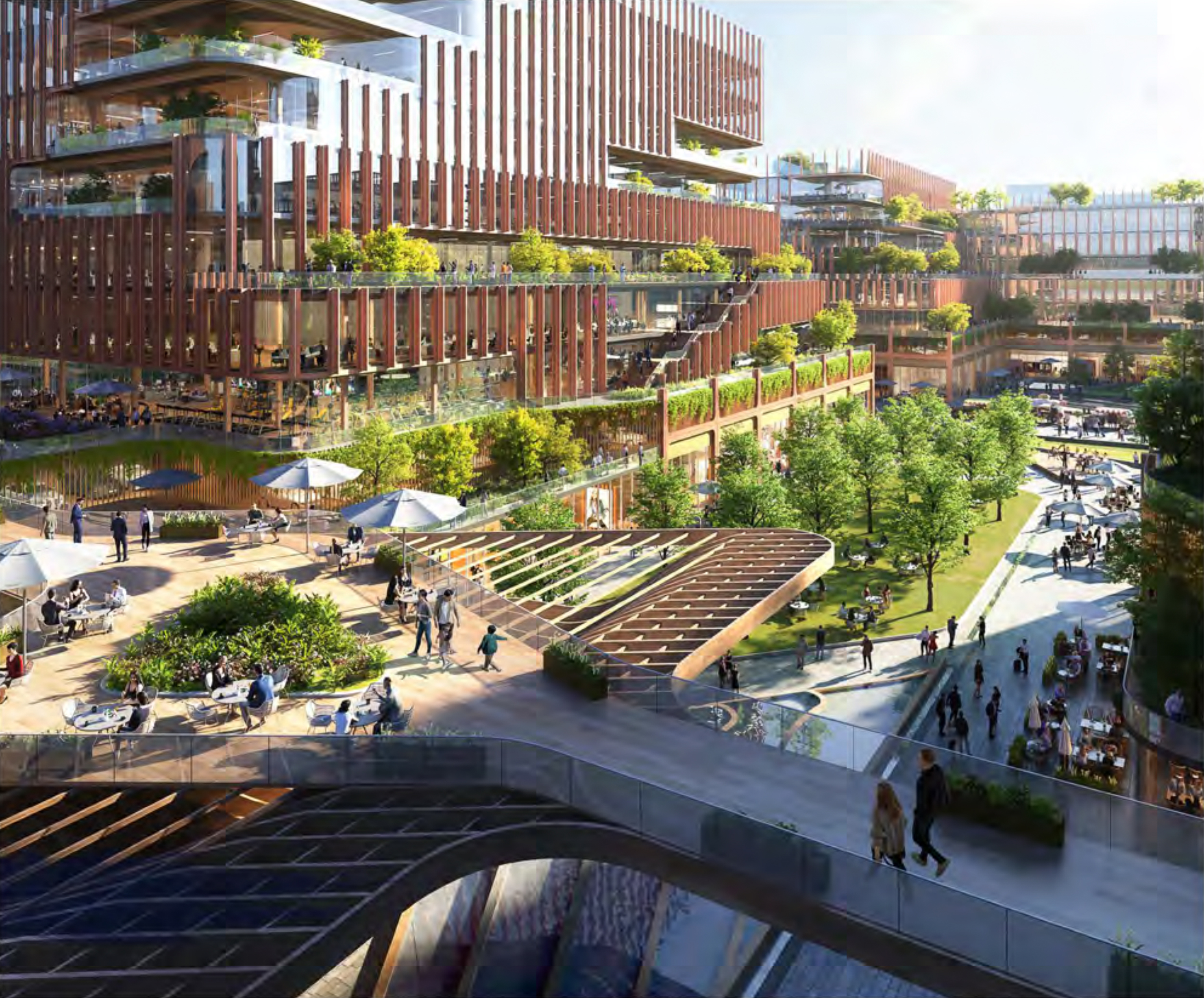 Mission Point view of the promenade, rendering by Gensler 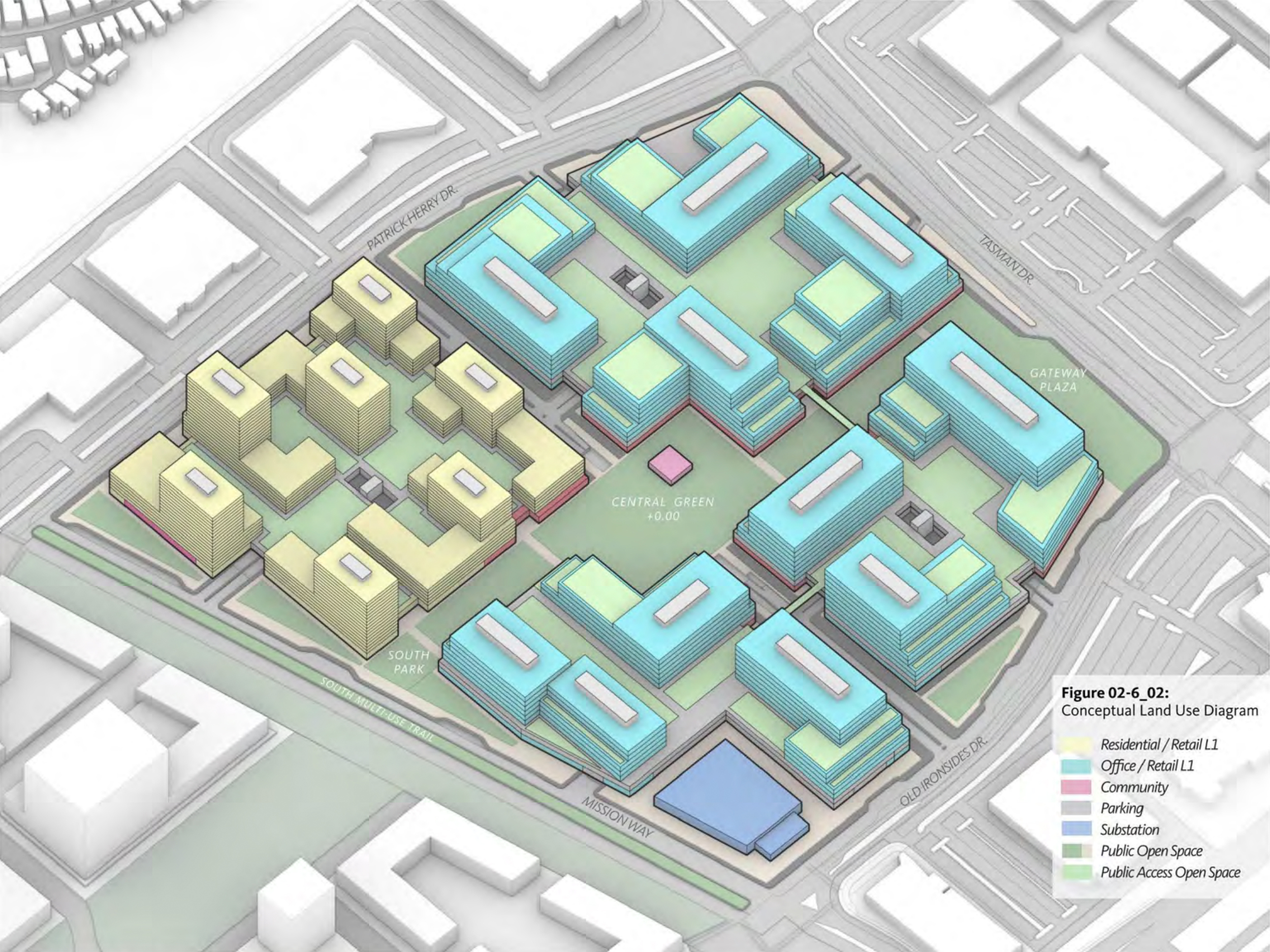 The Notice of Preparation of a Draft Environmental Impact Report (EIR) has been published, following the California Environmental Quality Act, or CEQA. The project will also require that the City of Santa Clara certify the final EIR and approve the general plan amendment, planned development rezoning, and development agreement before construction can start. 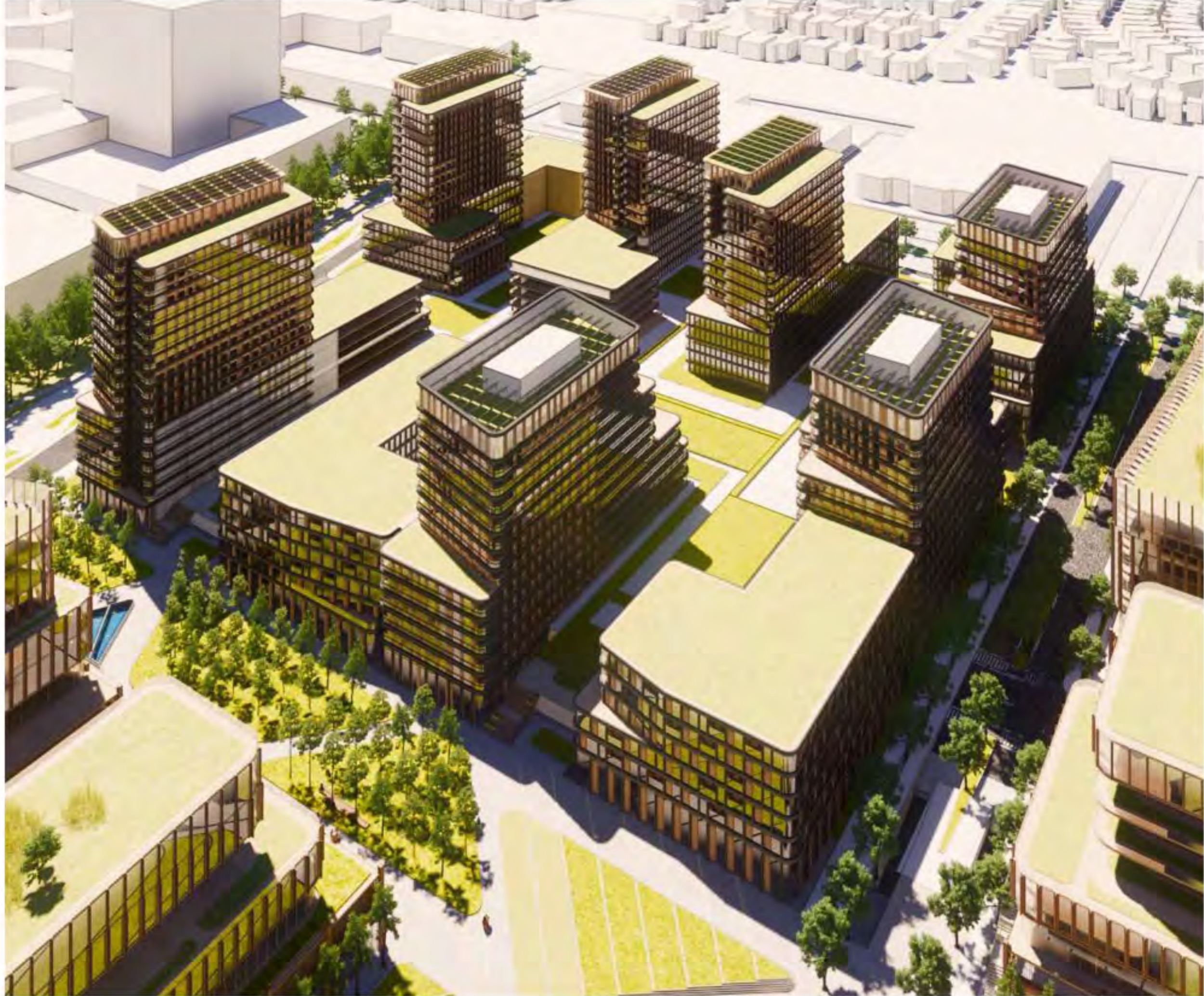 Gensler is the project architect managing the design and master planning. The overall context will provide various massings and transitions to give the illusion of many towers mingled across the property. Facade materials and tones will be rhythmically balanced with variety and cohesion as the goal. Architectural details will be used to enhance the experience of the onlooker while improving on-site wayfinding with remarkable landmarks. Higher up, balconies will break down the overall scale while improving the quality of life for residents and office workers. 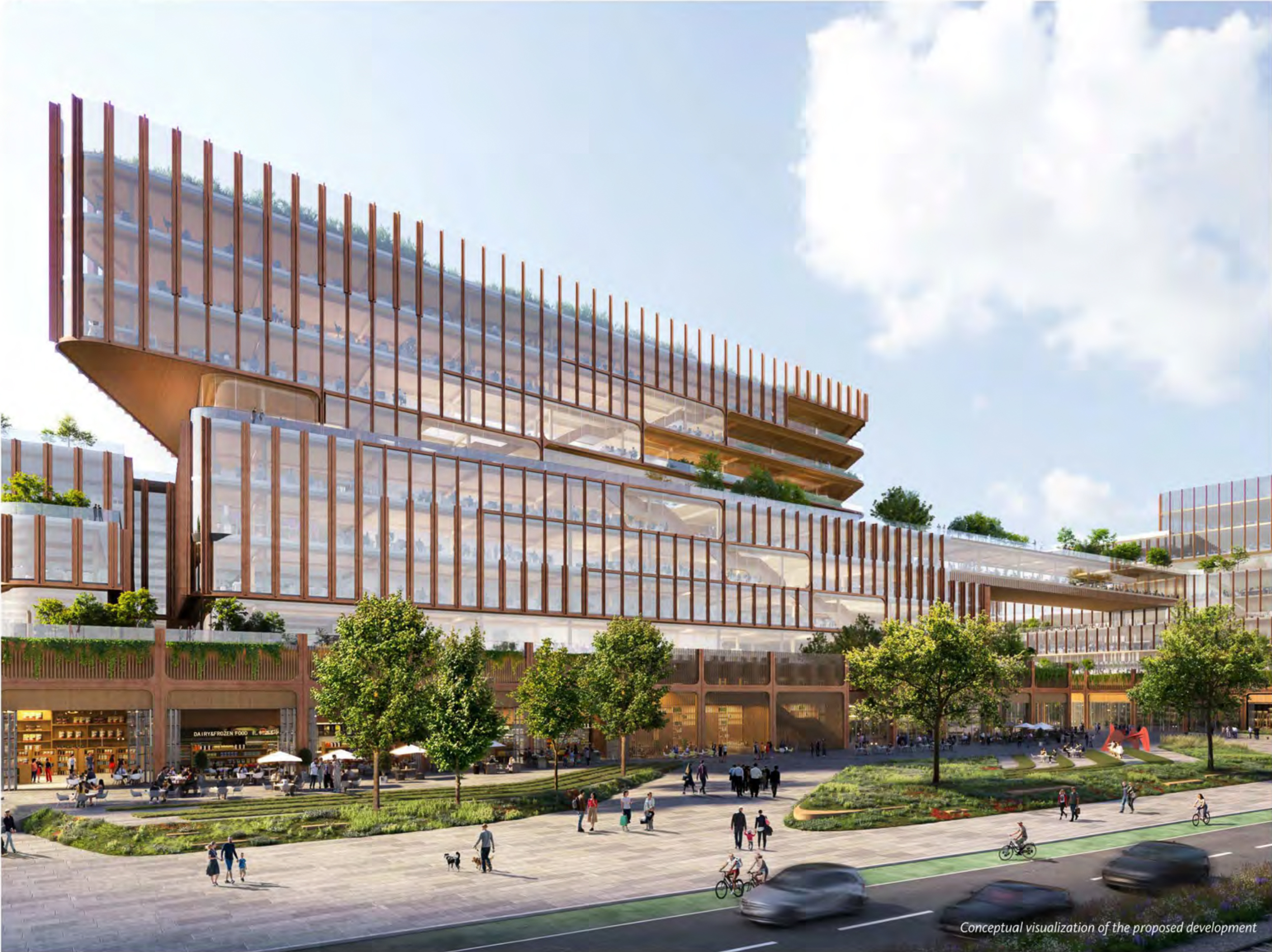 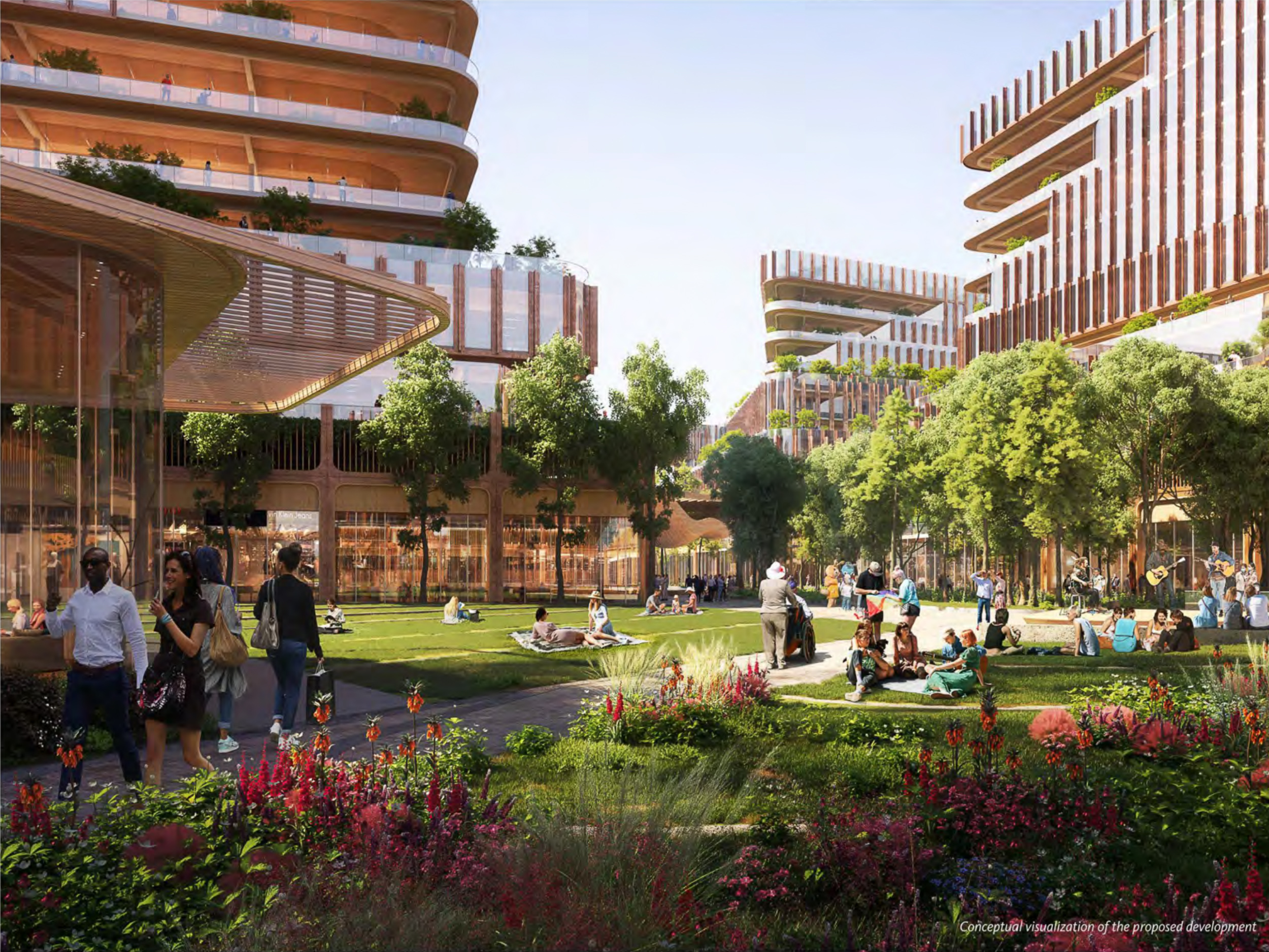 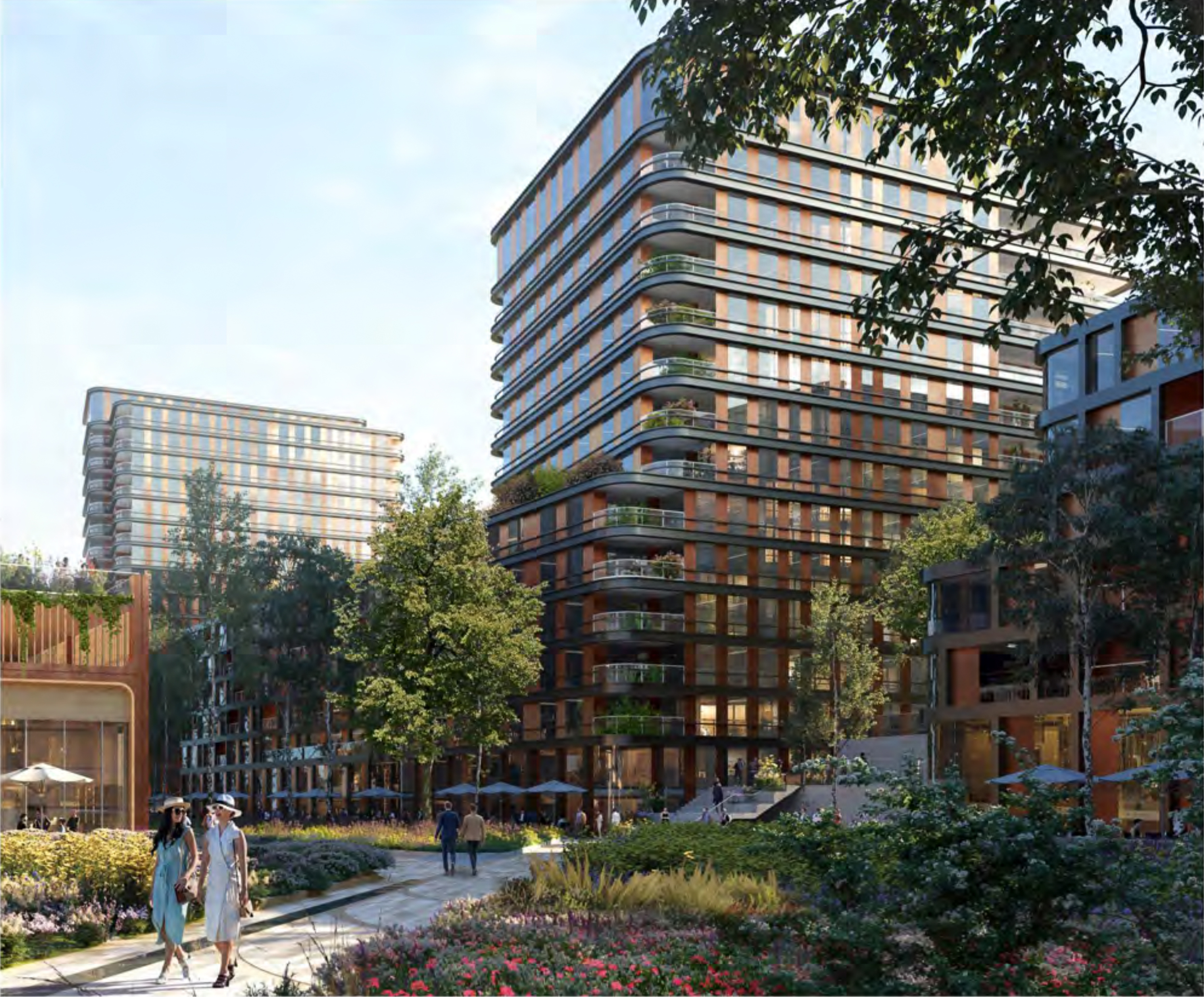 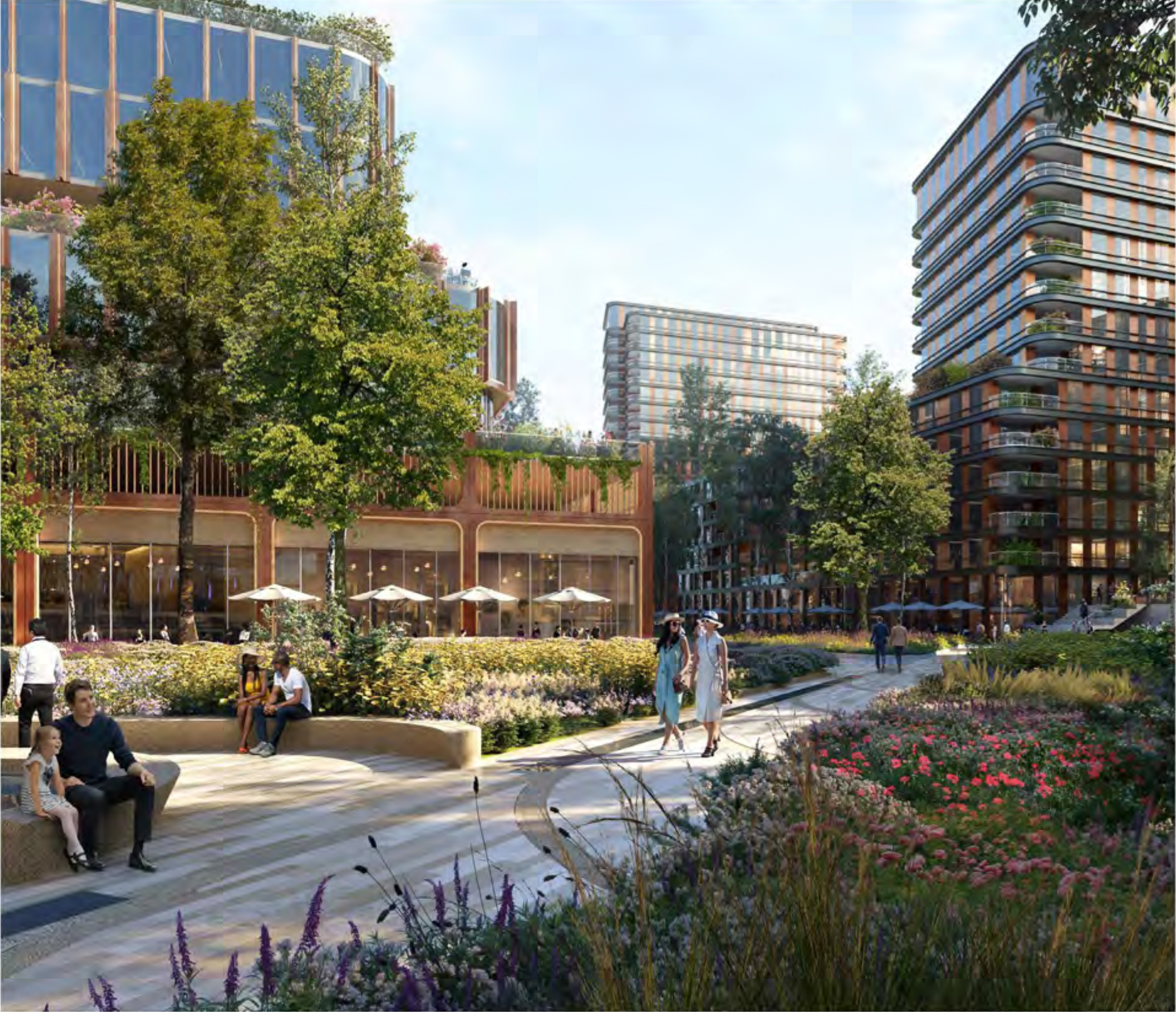 Mission Point view of the residential blocks from a landscaped path, rendering by Gensler

The overall master plan is divided into five zones. This includes the Gateway at the corner of Tasman Drive and Old Ironside Drive, where commuters will arrive at the project site from the Old Ironsides light rail station. The Promenade will lead pedestrians from the Gateway to the third zone, The Central Green, to Mission Way. The remaining zones will be the office campus and the residential block. While the Promenade will run north-south through Mission Point, New Democracy Way will cut through the center of the project, running east-west and under Central Green.

The project is close to Levi Stadium, the current home of the Santa Clara 49ers Football team. This is also hardly the first significant district-sized proposal around the sports stadium. Demolition has already cleared a former golf course in preparation for the Foster + Partners-designed Related Santa Clara. Related Santa Clara will create nearly six million square feet of offices, a new Global Food Market hall as part of its 700,000 square feet for retail and food & beverages, a 700-room hotel, and 1,680 new homes.

Across from Related Santa Clara, crews have already started work for a few projects from the Tasman East Specific Plan. Crews are nearly finished on 2233 Calle Del Mundo, with foundation work underway for several other buildings. Unlike Mission Point and Related Santa Clara, the Tasman East plan is primarily residential, with the eventual plan to finish 4,500 homes, a hundred thousand square feet of retail, a school, open space, and a new grocery store.

The rest of the project team will include James Corner Field Operation as the Landscape architect, BKF responsible for civil engineering, Arup on MEP engineering, Harmonie Park as the development manager, and Holland & Knight on land use. 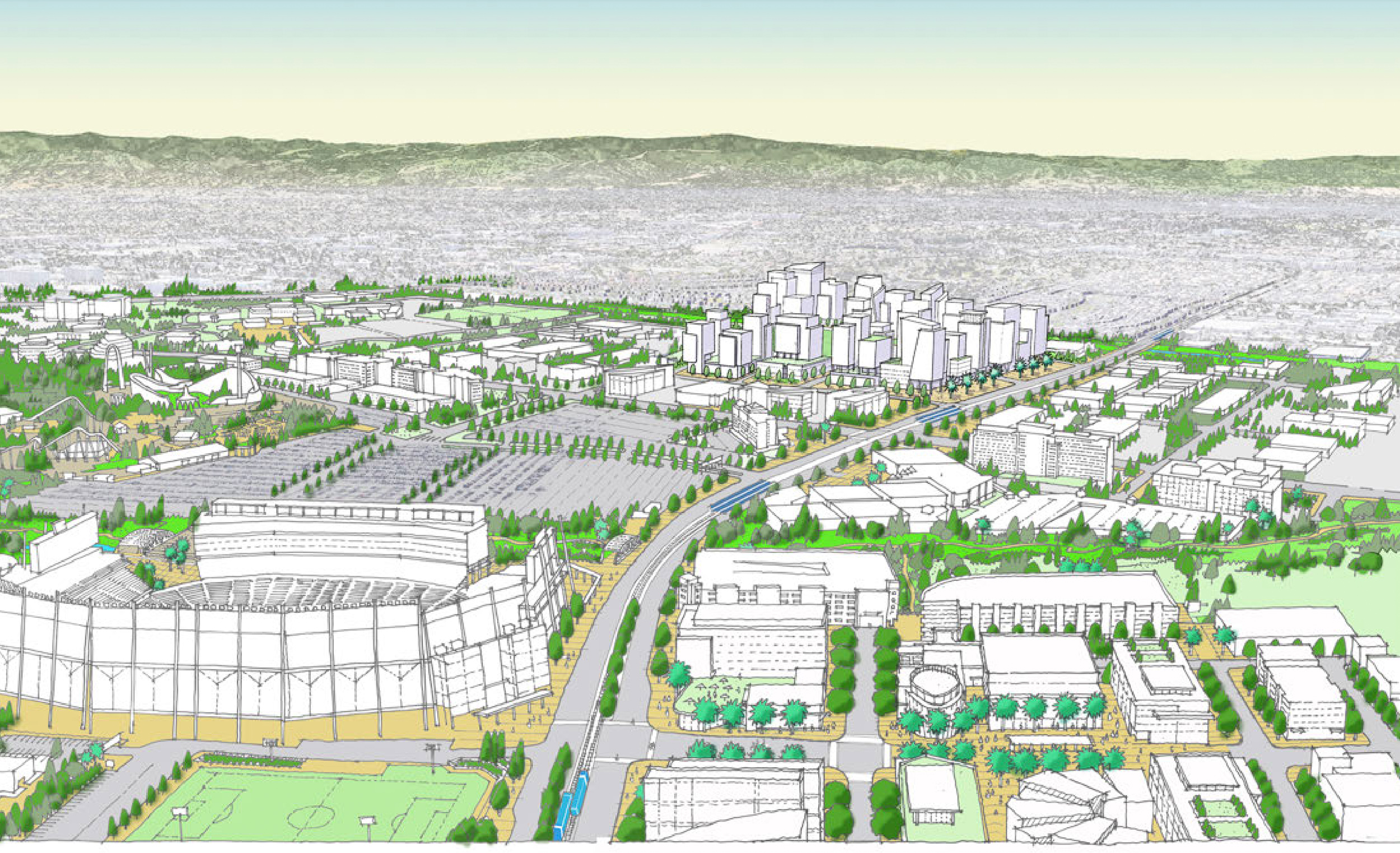