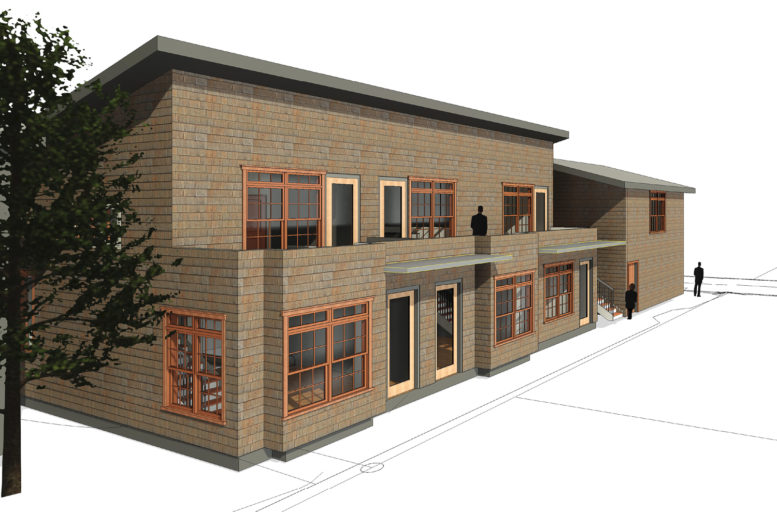 The Historic Alley Lofts and Studios side view, rendering courtesy the Warren Trust

Development review permits have been filed for a five-unit residential addition at 1908 H Street, located between 19th and 20th Street in Boulevard Park, Sacramento. The project will be built at the rear of the lot facing Historic Alley, retaining the existing 1892-built duplex which faces H Street. Once complete, the lot’s housing capacity will increase from two to seven. Kevin Donnelly is the project architect.

The plans were guided by discussions with a city planner, who recommended no subdividing the lot in order to avoid complications with setback requirements. The 18-foot tall development will yield 3,760 square feet of new residential space, with two 780-square-foot duplexes, one 780 square foot additional dwelling unit (ADU), and two 355 square foot studio ADUs. Garages facing the Historic Alley will offer parking for three cars.

DesCor Builders is expected to be the general contractor, according to the property owner. 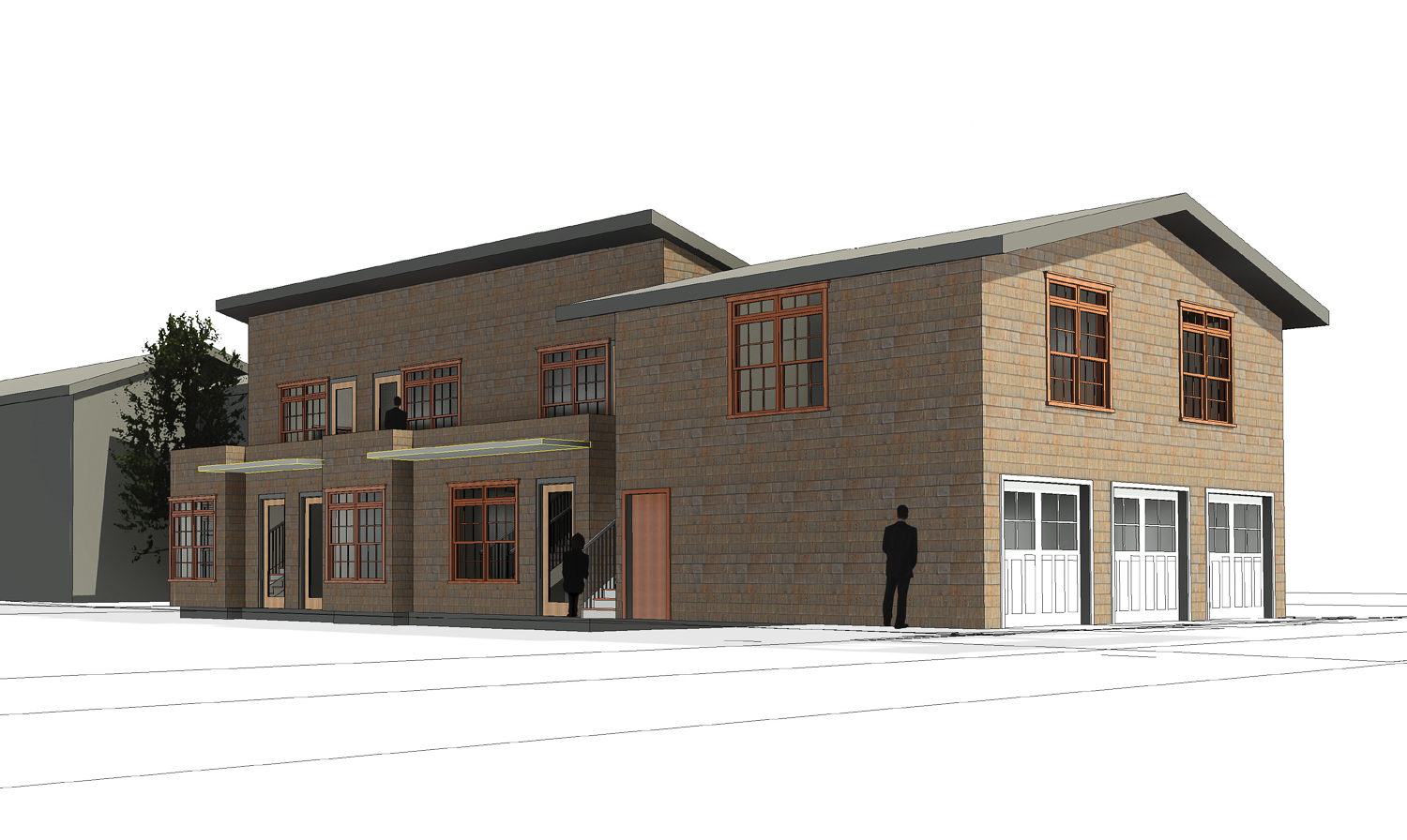 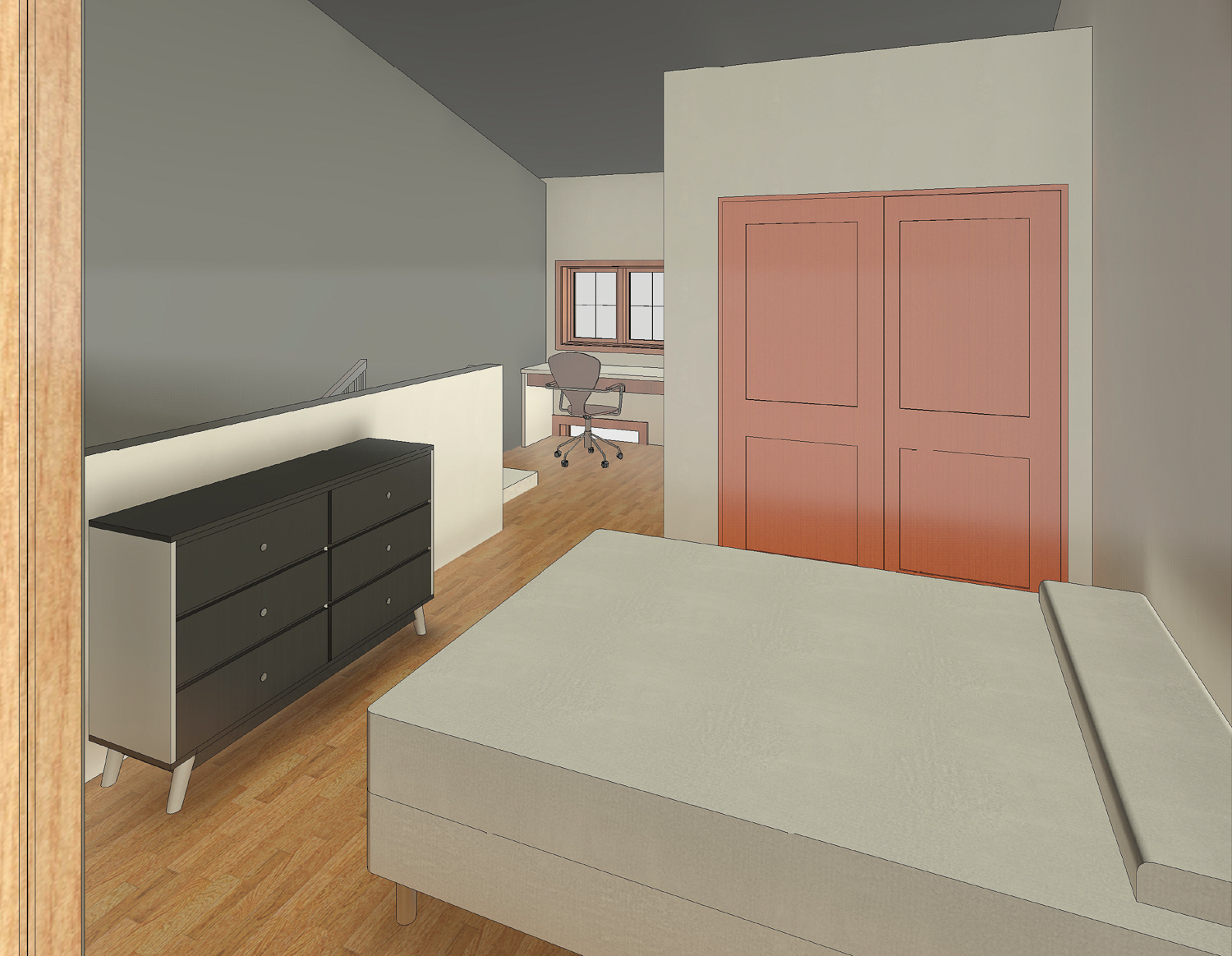 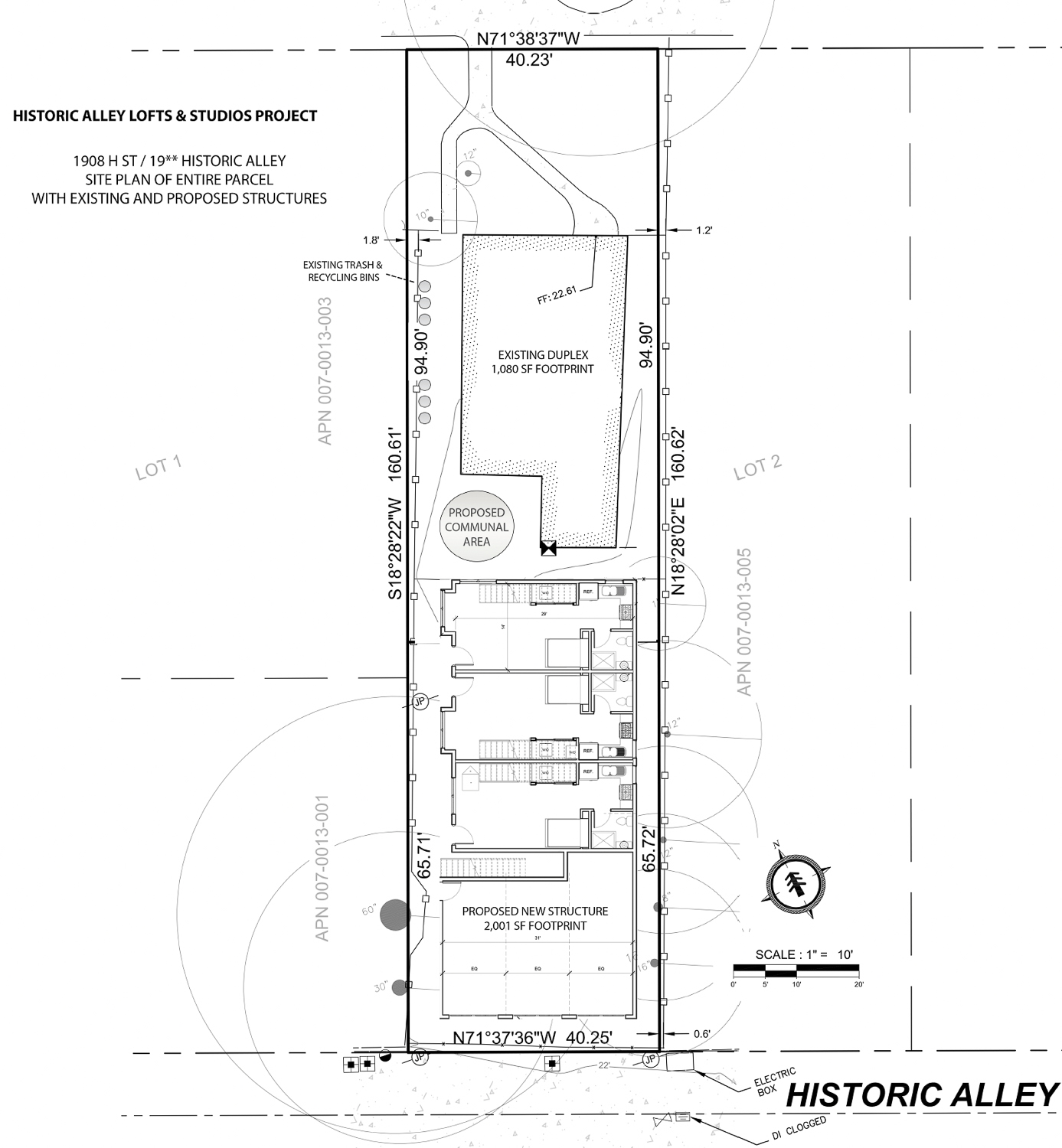 The existing 1892-era building will not be altered during construction. It is a 2,160 square foot market-rate rental duplex.

The property is just a five-minute walk away from the commercial heart of Midtown Sacramento and its various shops, farmers’ market location, groceries, and transit. Future residents will also be within fifteen minutes of most of Downtown Sacramento by bicycle. 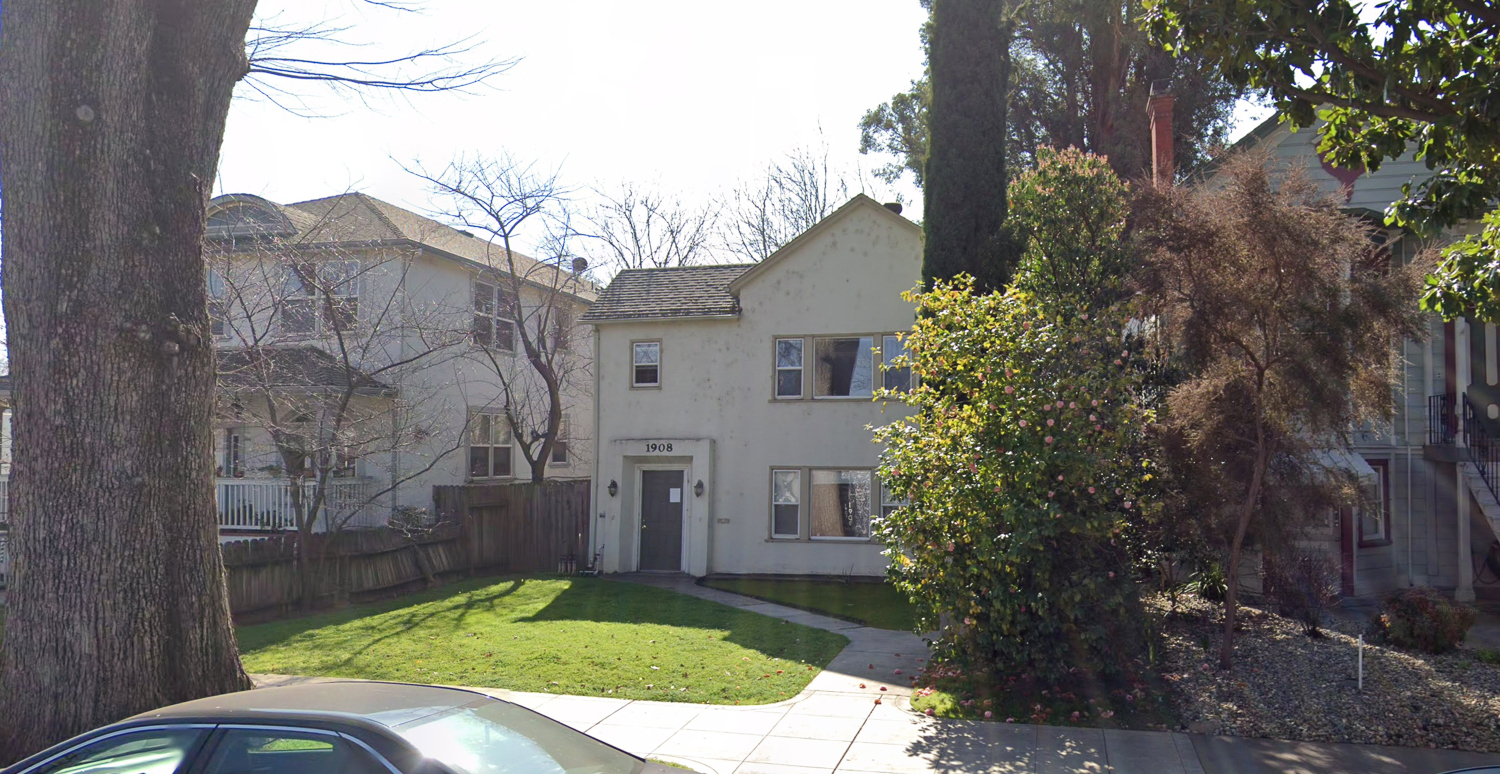 The Warren Family Trust is responsible for the proposal as the property owner, named the Historic Alley Lofts and Studios. An estimated cost for development and construction timeline have not been revealed.

Be the first to comment on "Housing Proposed for 1908 H Street, Boulevard Park, Sacramento"