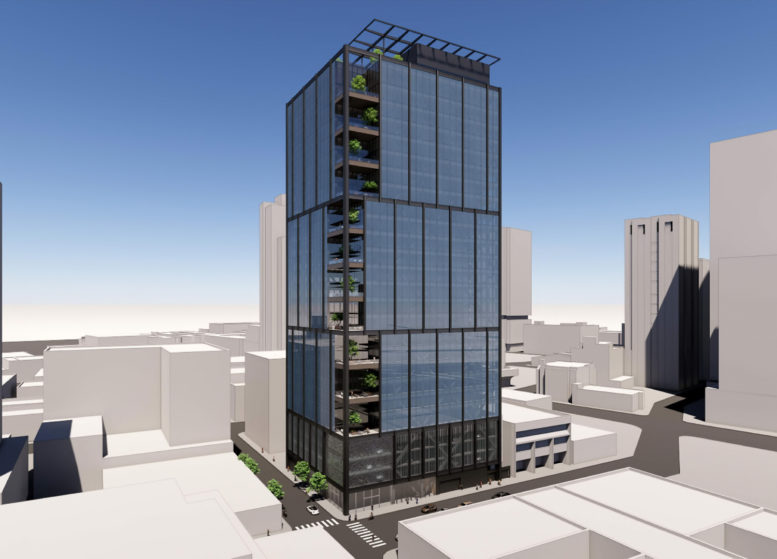 New renderings have been revealed for the 26-story office tower at 1919 Webster Street in Downtown Oakland. The new design by Gensler contrasts a dark blue curtain wall skin with black metal mullions, with corner terraces offering an open space for future employees with panoramic views south of the city and Lake Merritt. Ellis Partners is responsible for the development as the property owner. 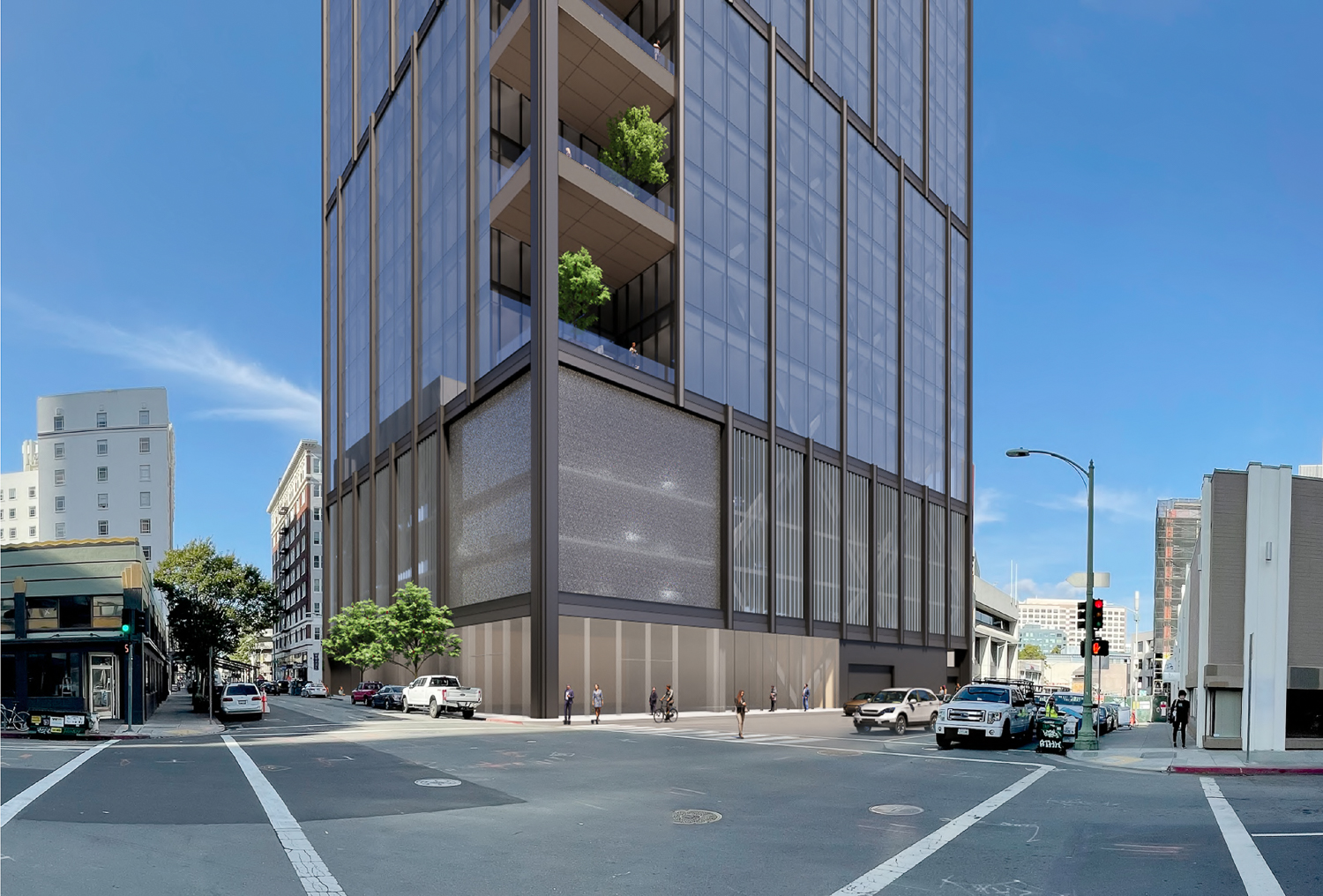 Gensler is responsible for the design. The exterior facade is articulated into three smaller forms, each with vertical mullions to distinguish each section visually. According to the project design review, “The materiality of the building, in general, is contemporary and high quality. The base of the building is architecturally distinct from the tower portion of the building above, which uses facade elements to reinforce its verticality.”

At the building’s southern corner, the mullions will give way to eleven furnished balconies with planters. On the building rooftop, a communal roof deck will feature dining space, seating, greenery, and an outdoor bar with furnishing to be provided by the owner. The landscape architecture will be done by Surface Design. 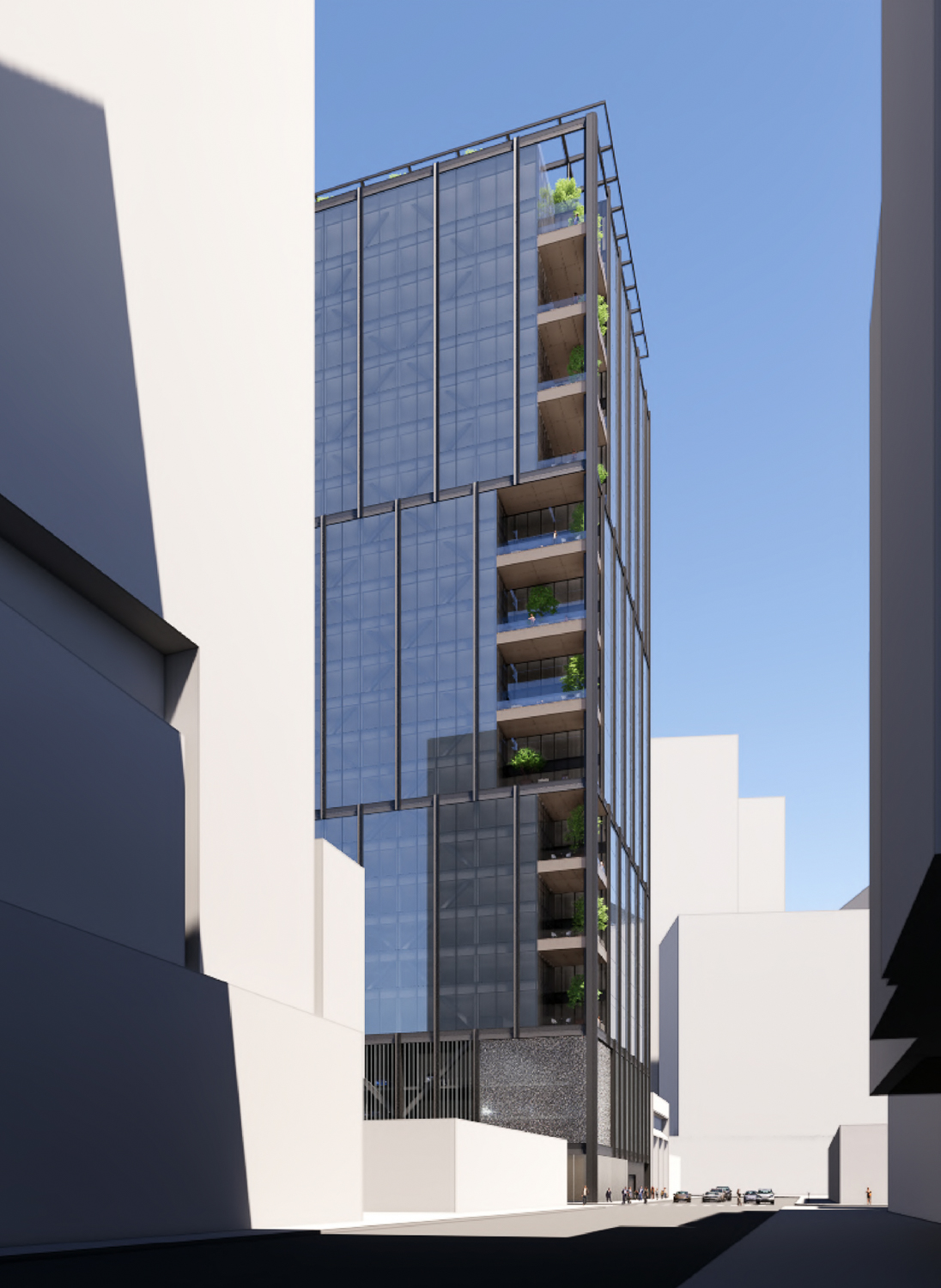 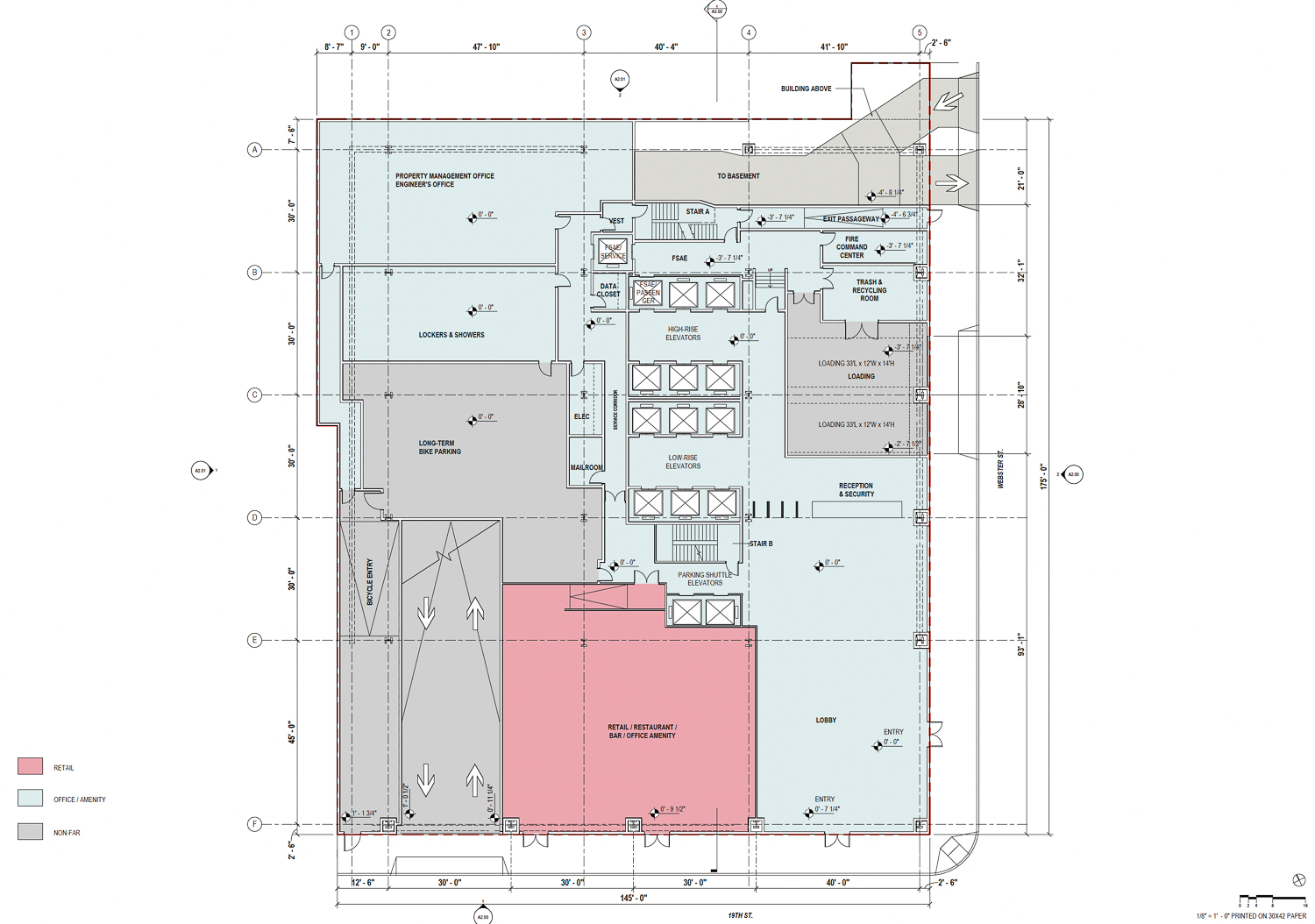 BKF is the civil engineer, Magnusson Klemencic Associates is the structural engineer, and Meyers+ is the mechanical, electrical, and plumbing engineer, i.e., the MEP.

Demolition will be required for the existing surface parking lot and a six-story building. Ellis Partners and the Boston-based International Real Estate Corporation purchased the lot in April 2021 for $23.5 million as a joint venture. The previous owner, PG&E, sold the lot as part of a move to downsize office space and move out of their San Francisco headquarters and into 300 Lakeside Drive later this year.

The former PG&E San Francisco Campus is now proposed to become Atlas Block, with Hines, the project developer, tapping Foster + Partners to design the project’s crown jewel, a supertall apartment building. Though the project has received some resistance from the planning department, it is proposed to be the second tallest building in the Bay Area and the fourth or fifth tallest residential tower in the country, depending on the future of 45 Broad Street in New York’s Financial District. The FiDi tower has been on hold for two years. 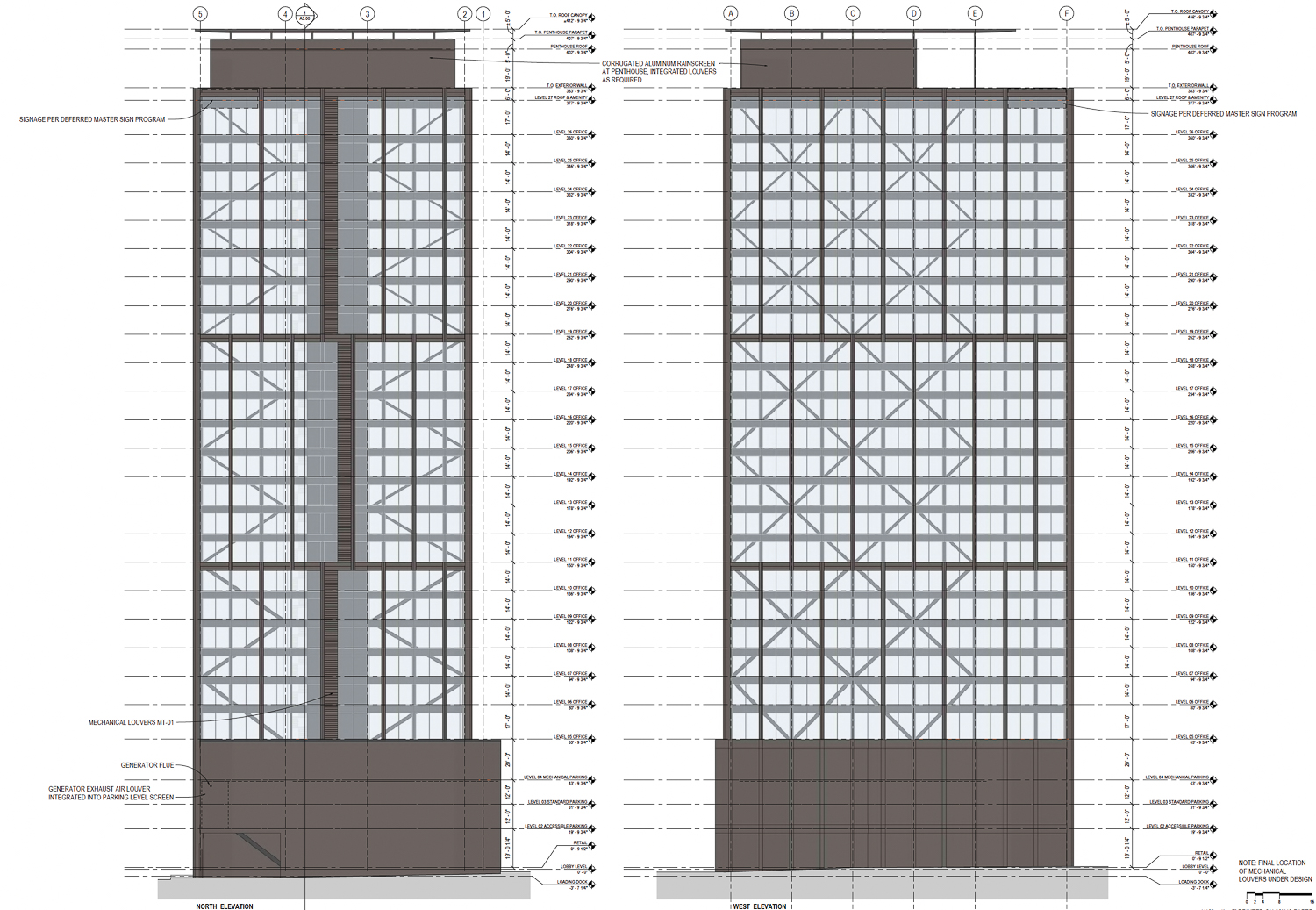 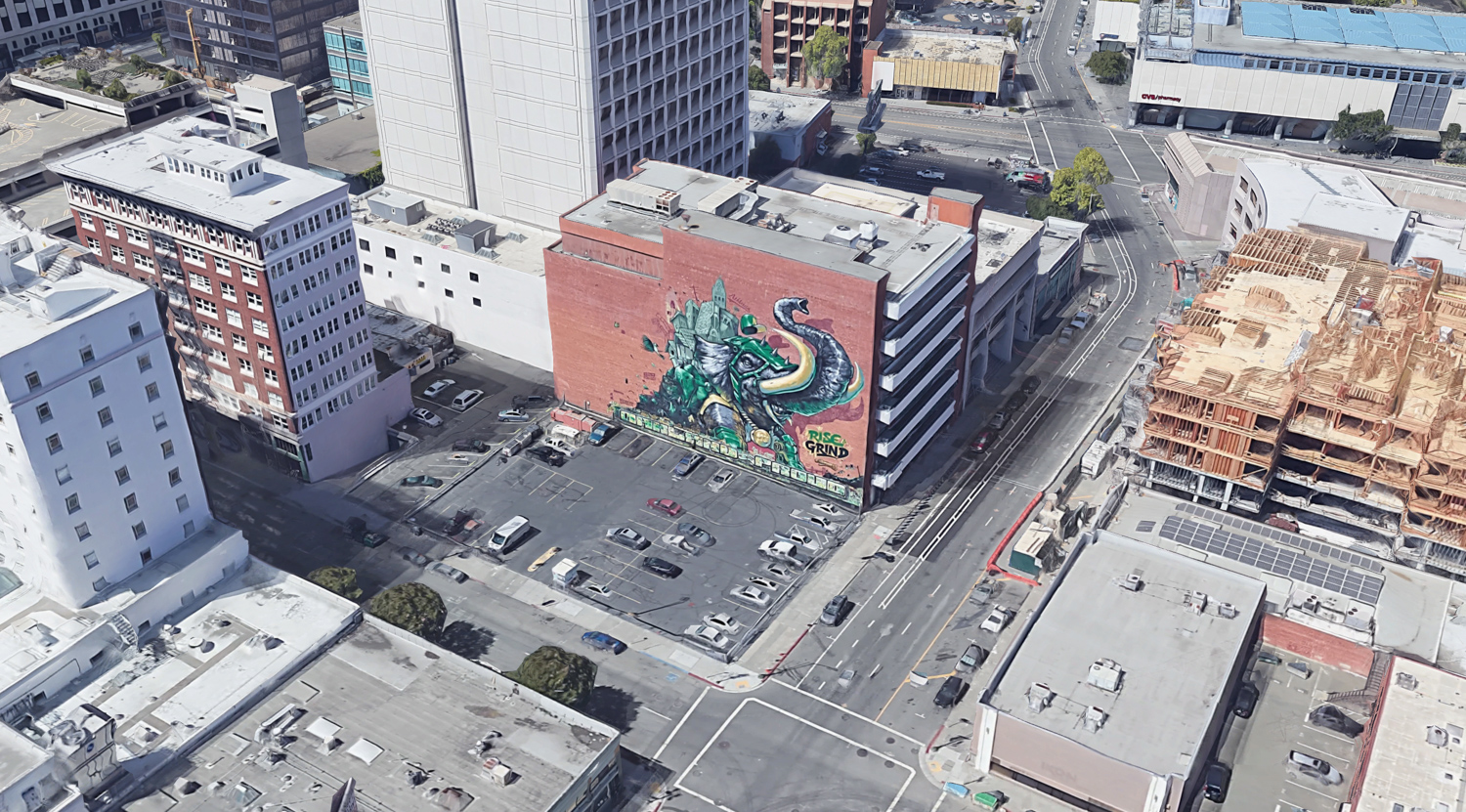 The project’s development and environmental review permits remain under review, with a timeline for construction not yet revealed.