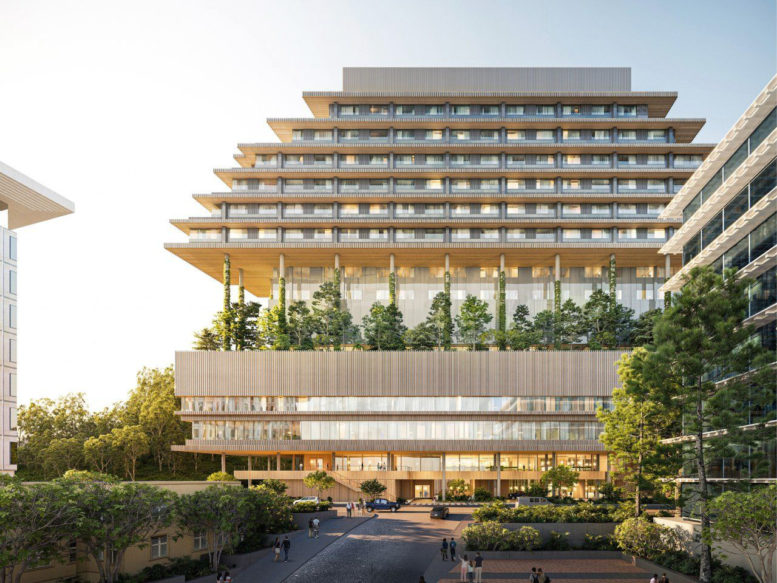 The University of California Board of Regents has approved plans and a $4.3 billion budget to build 1.5 million square feet for the UCSF Parnassus Heights campus in San Francisco. The master plan expands the medical complex’s constrained capacity with design by Herzog & de Meuron. According to UCSF, construction is expected to start next year. 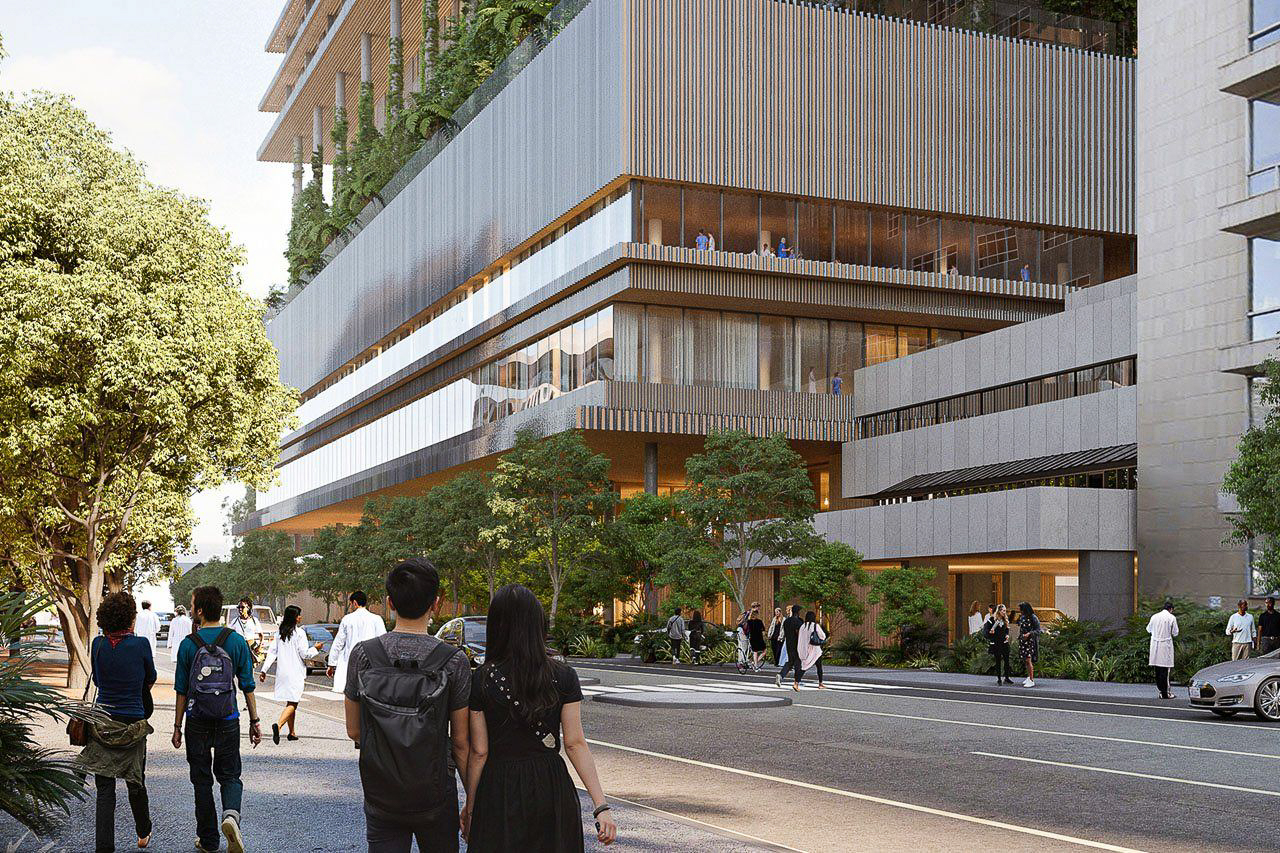 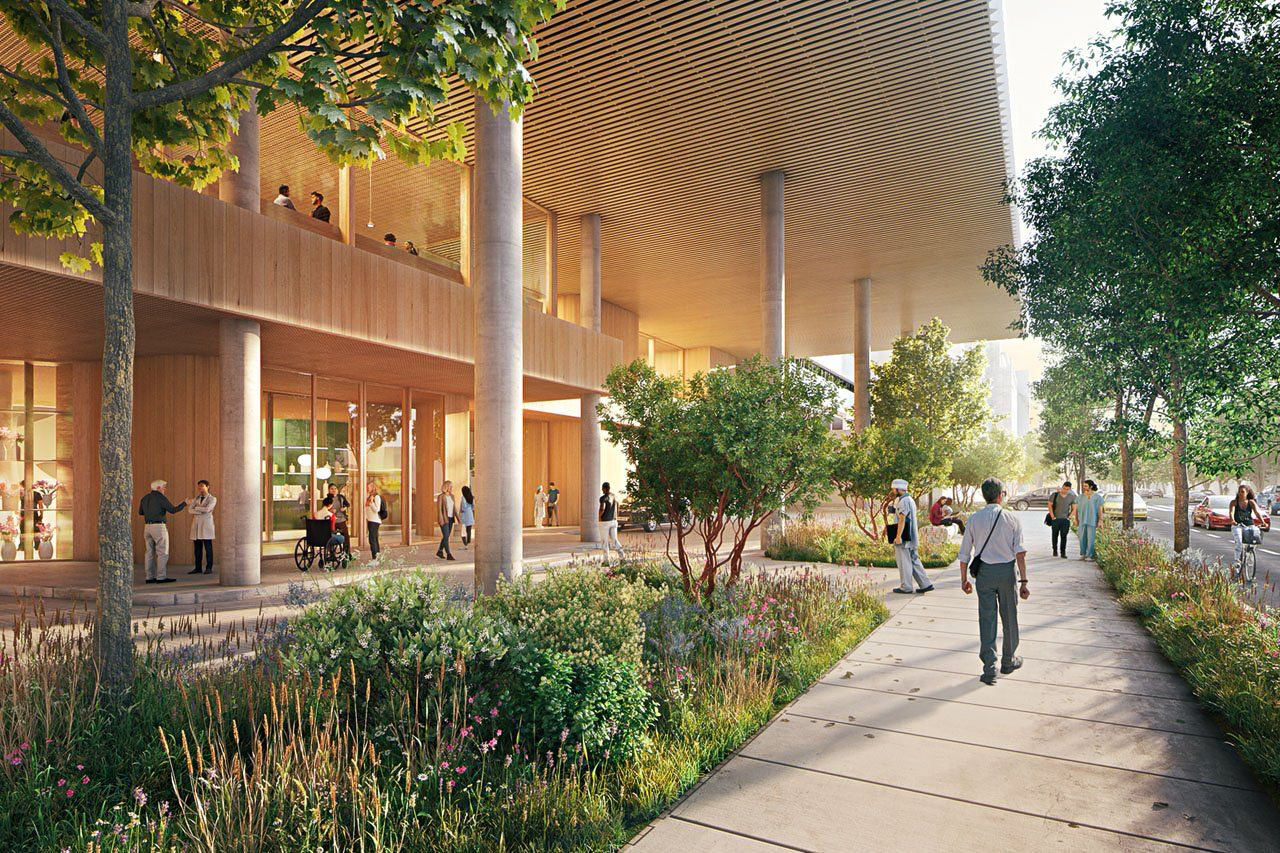 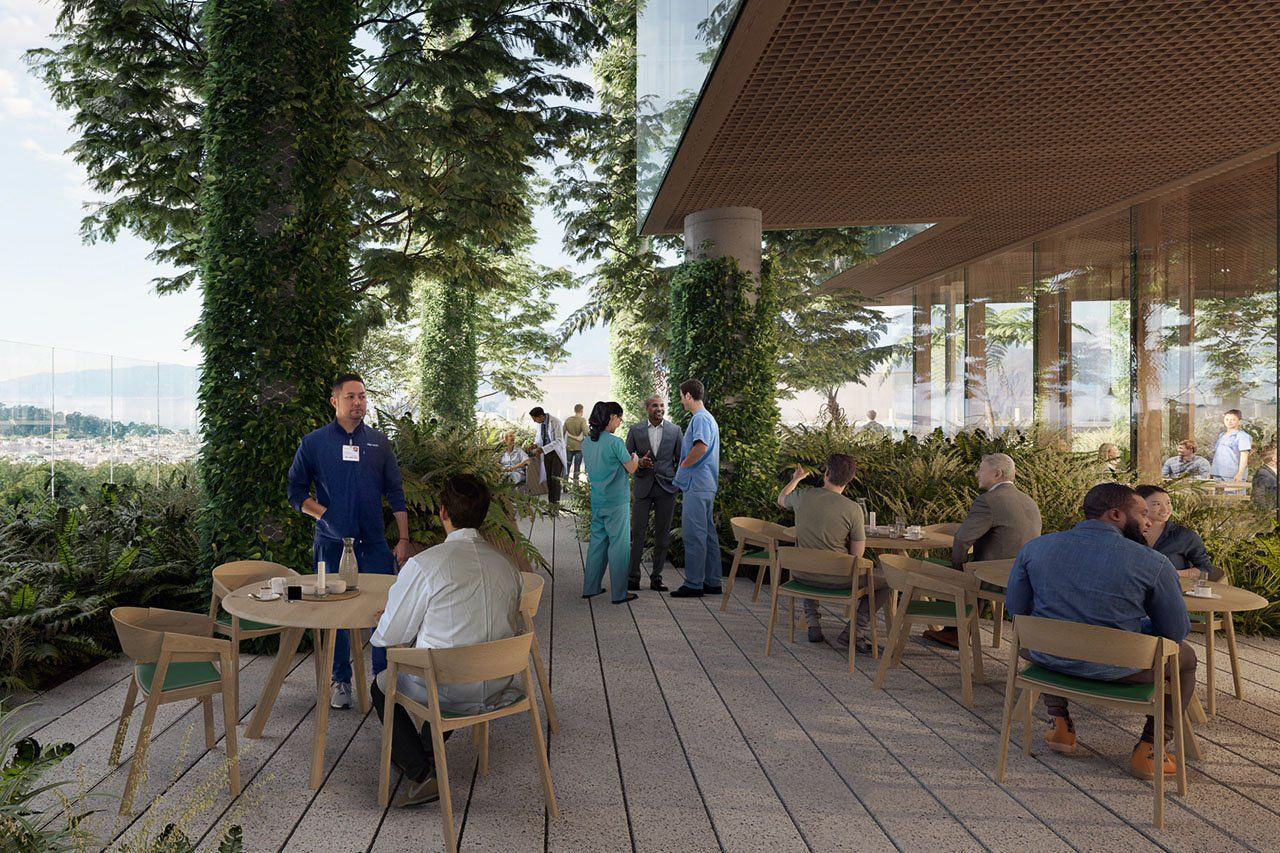 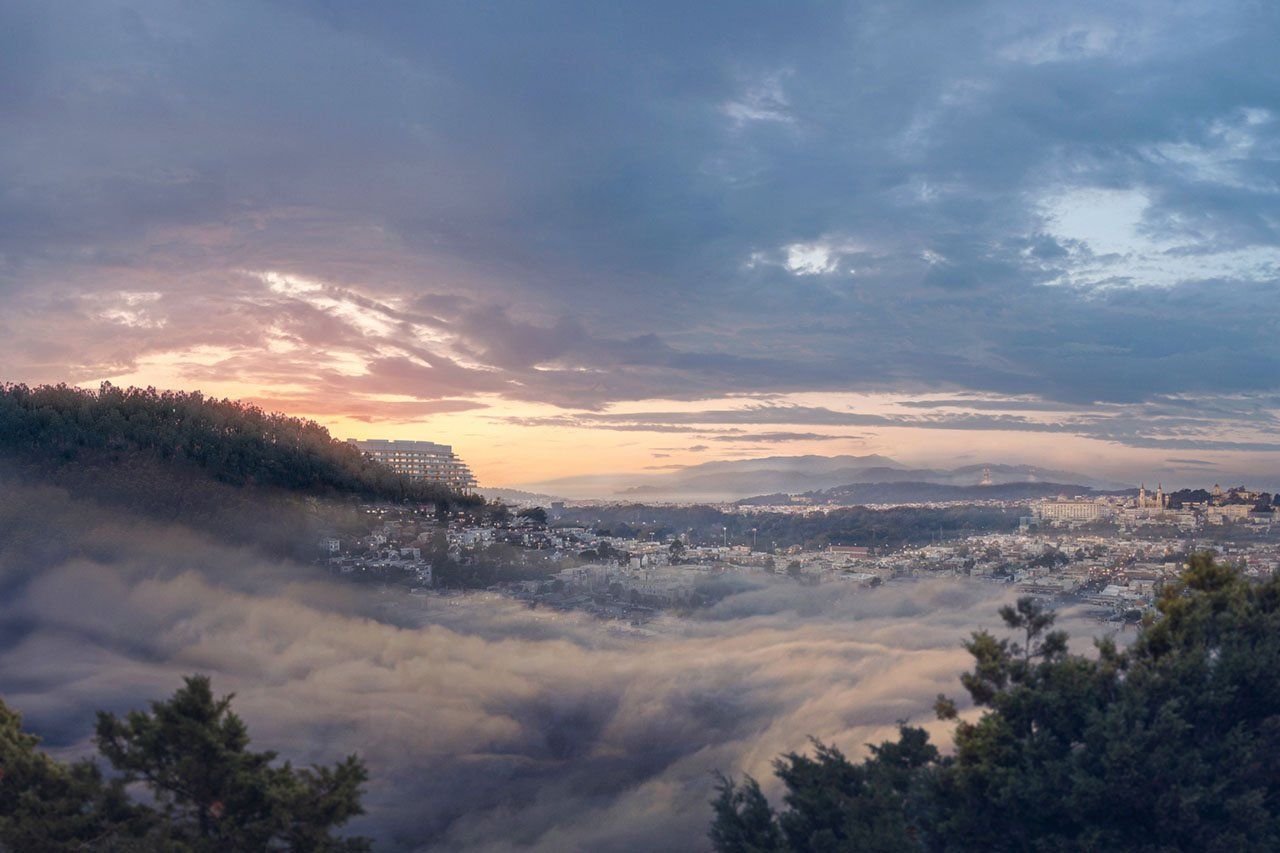 The new campus is estimated to take 1,050 to 1,200 jobs for construction and has a capacity for 1,400 new employees once completed in 2030. The project will be better equipped to contain advanced integrated technologies, holistic care options, panoramic views across the city, and new privacy and infection control within patient rooms. 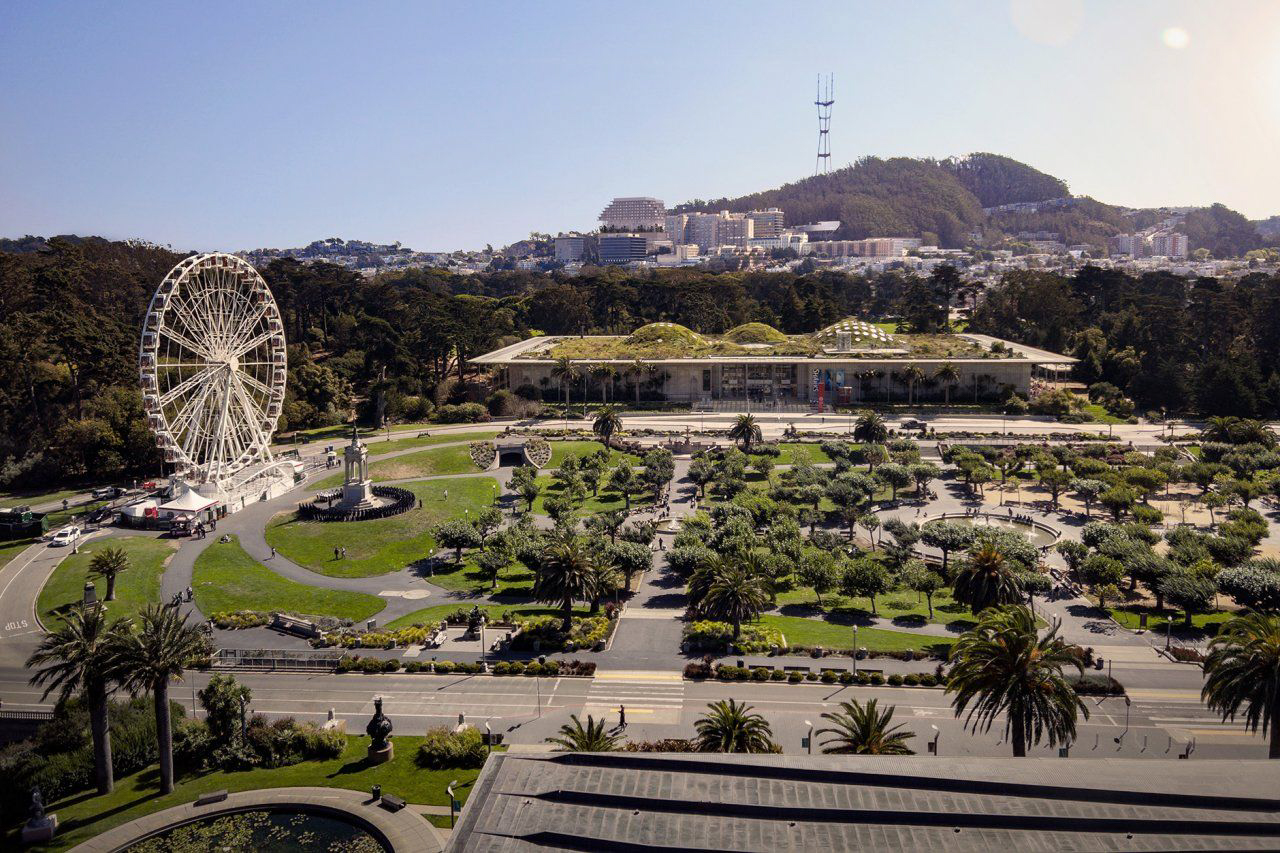 Over the last year, UCSF reported that 3,839 potential patients were not transferred to their facilities due to a lack of capacity. The new facilities will address this issue by increasing the inpatient bed capacity from 499 to 682 beds. The building will also feature 71 emergency department bays and six or seven ambulance bays.

UCSF Chancellor Sam Hawgood, in the press release after approval, said that “the new hospital has been designed with the patient at the center, with rooms designed for privacy and safety and communal spaces that connect to nature and promote health and wellness.”

The design by Herzog & de Meuron and HDR is central to the narrative that UCSF shares for the project. The press release elaborates, “The human-centered design will create a healing habitat that integrates with the surrounding nature, promoting physical and emotional health for patients, visitors and employees alike.” 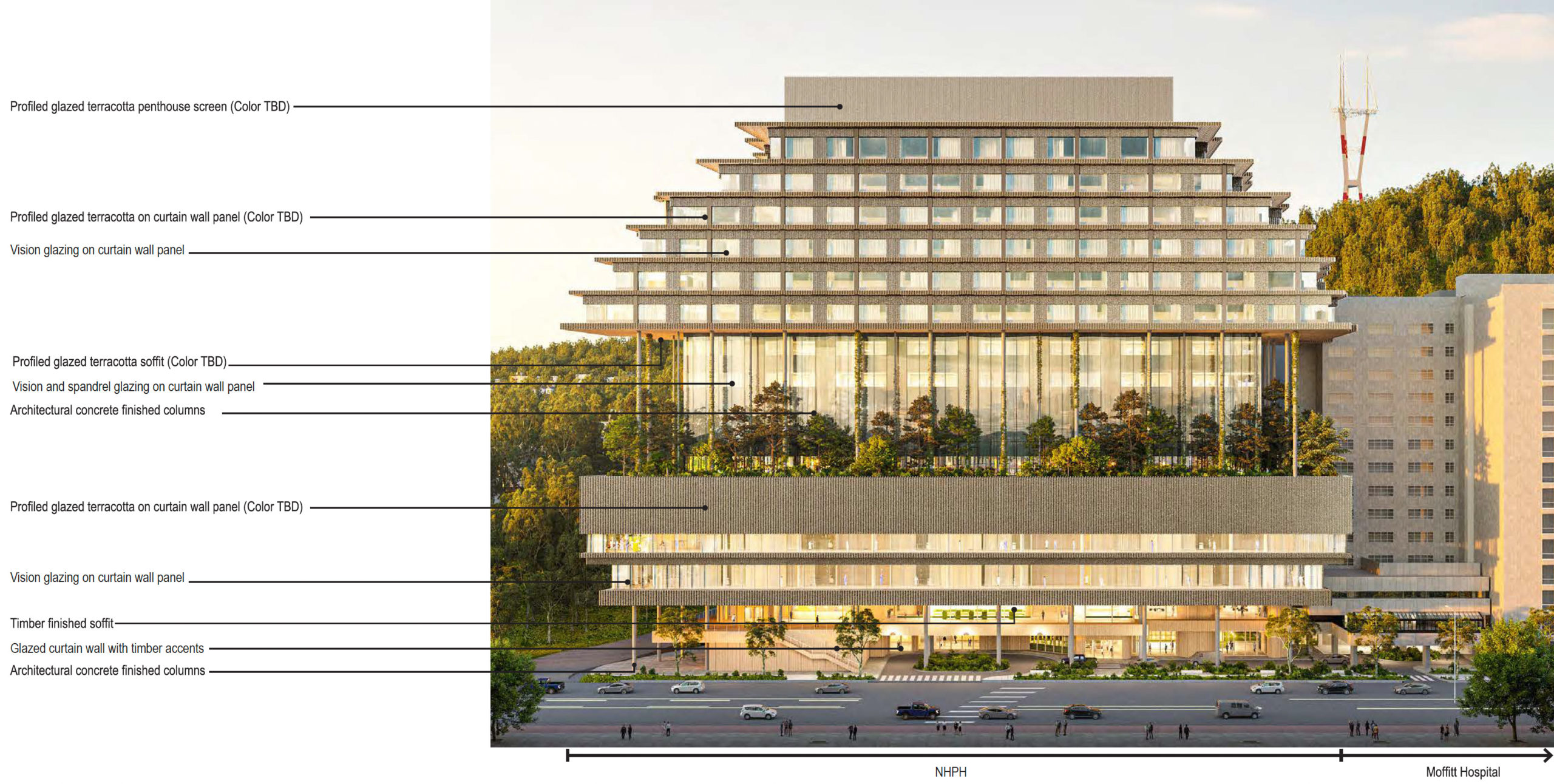 The proposed Parnassus Hospital will rise 15 floors, with the overall form separated by a blank glass box creating a visual void between the podium and floating ziggurat on top. Facade materials will include glazed terracotta panels and curtain-wall glass, while the sheltered base level will feature timber.

James Corner Field Operations is the landscape architect, which will include terraces and an expanded publicly accessible open space and trails connecting Golden Gate Park to Mount Sutro peak. Herrero Boldt Webcor will be the general contractor, and Nabih Youssef & Associates will be the structural engineer. HDR is the architect of record.

Renovations will be made to the Moffitt and Long hospitals to seismically retrofit and connect them to function as one building.

The plans have already received $603 million in donations, including half a billion dollars from the Helen Diller Foundation.