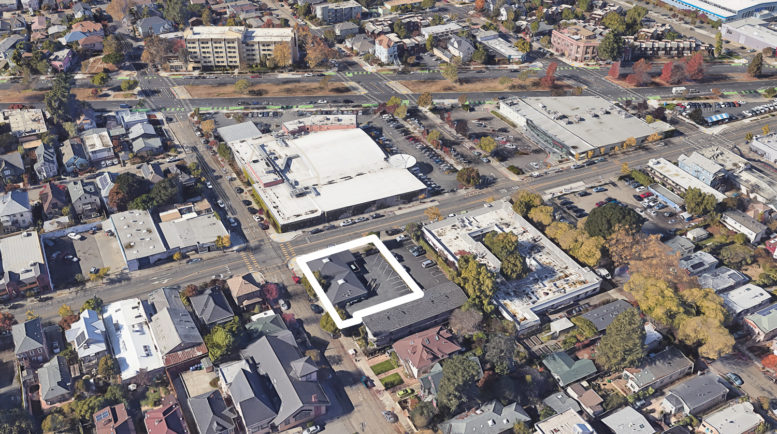 Preliminary permits have been filed for a nine-story residential infill at 2847 Shattuck Avenue in South Berkeley. The proposal would create 112 new homes with some affordable units nearby mass transit and directly across from the city’s famed grocery destination, Berkeley Bowl. Trachtenberg Architects is listed as responsible for the design.

The proposal will use the State Density Bonus Program, which encourages developers to build more housing if a certain percentage is built as affordable units. The program provides waivers for certain local zoning restrictions, allowing developers to build taller and avoid open space requirements that would otherwise make building enough housing difficult. The application also requests to benefit from Senate Bill 330, granting ministerial streamlining for the review process and hasten approval. 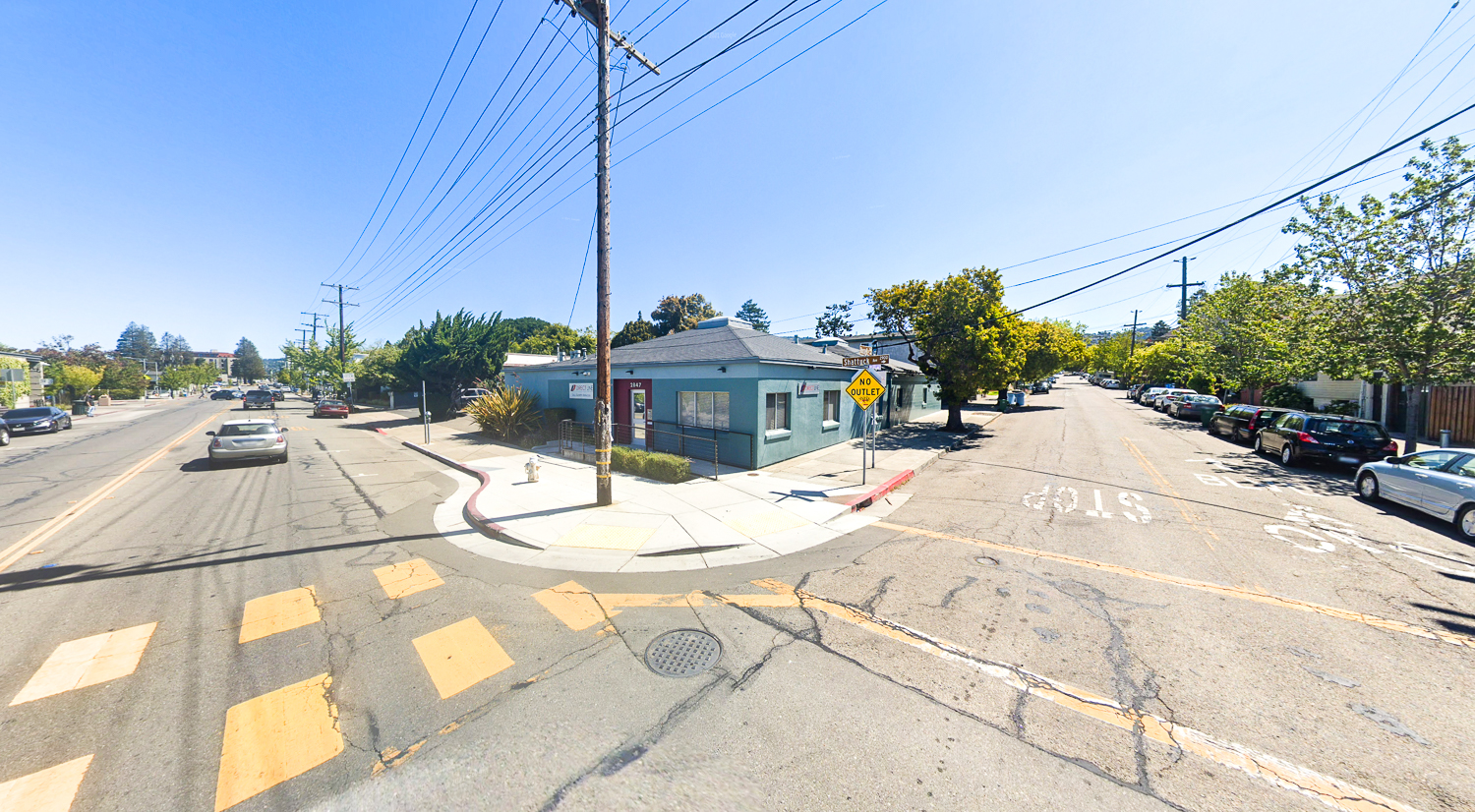 Demolition will be required for one single-story commercial building, currently home to a call center. Residents will not only be across from one of the nation’s best grocery outlets for exotic fruits and vegetables but also be less than ten minutes away from the Ashby BART Station on foot. The train station and nearby AC Transit bus stops will provide the apartment with convenient transit in the East Bay, San Francisco, and San Mateo County.

The proposal is still in the preliminary stages, with no further project facts or details available. However, the expansive portfolio of Trachtenberg Architects provides some help in imagining how the design may look. A rush of recent proposals by the Berkeley-based firm show facades clad with stucco and steel panels for earthen tones. 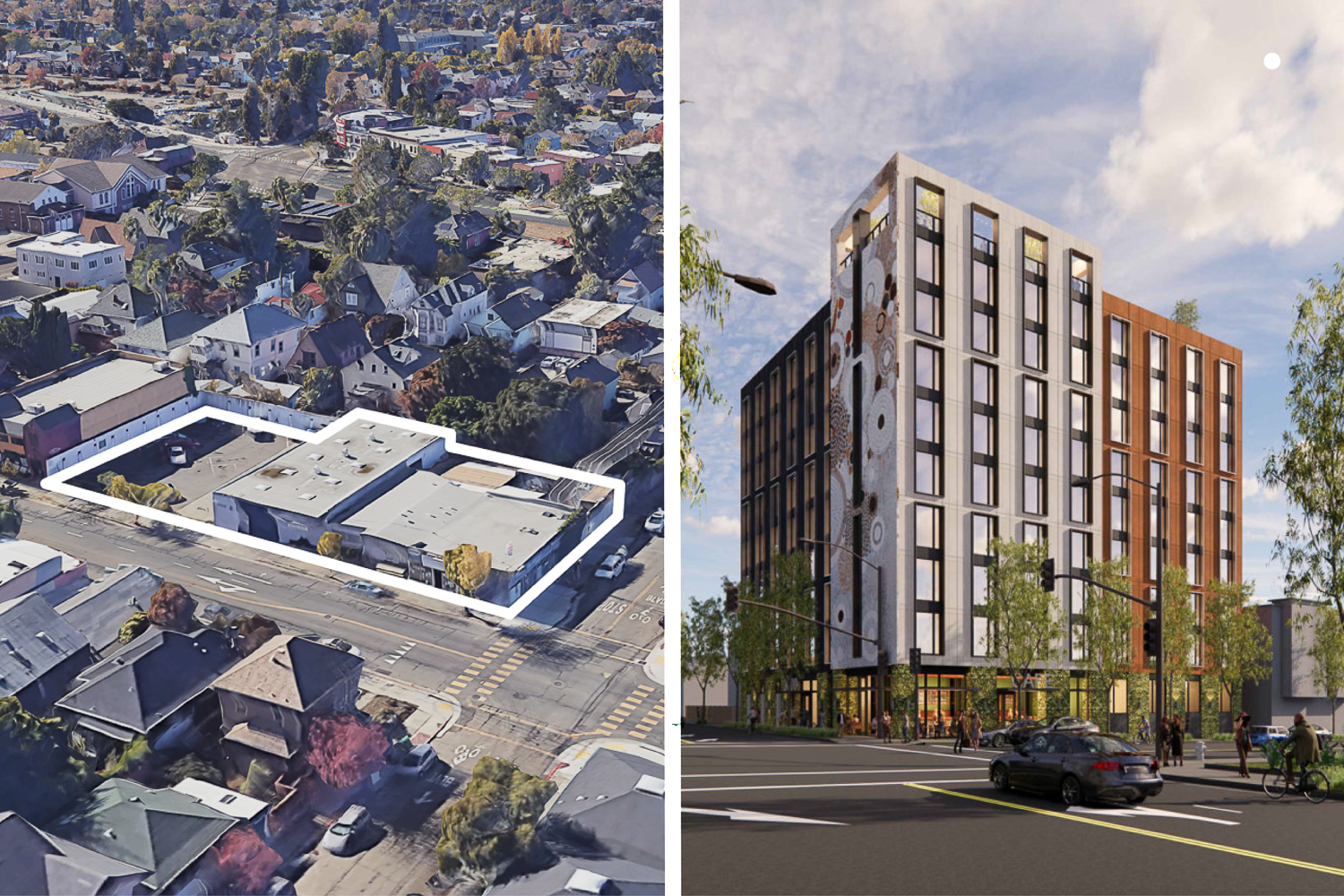 In the immediate area around 2847 Shattuck Avenue, Trachtenberg is responsible for dense residential proposals with 221 units at 2920 Shattuck Avenue and 156 units at 3000 Shattuck Avenue. If all three are built, the firm will see a total of 489 new homes nearby the Berkeley Bowl and Ashby BART Station.

A Danville-based family trust is listed as responsible for the project as the property owner.

Be the first to comment on "Preliminary Permit Filed for 2847 Shattuck Avenue, South Berkeley"