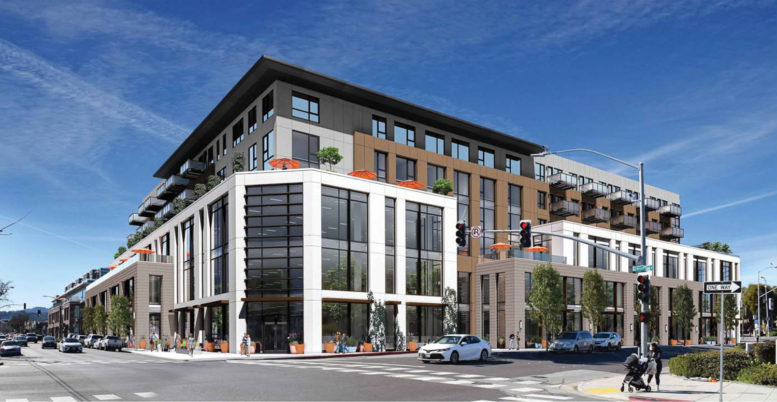 The San Mateo Planning Commission has voted to recommend approval of expanded plans for Block 21, a mixed-use development at 500 East 3rd Street. The proposal will replace low-density buildings with six stories of offices and over a hundred housing units. Windy Hill Property Ventures is responsible for the project.

The project has completed the environmental review process through CEQA. 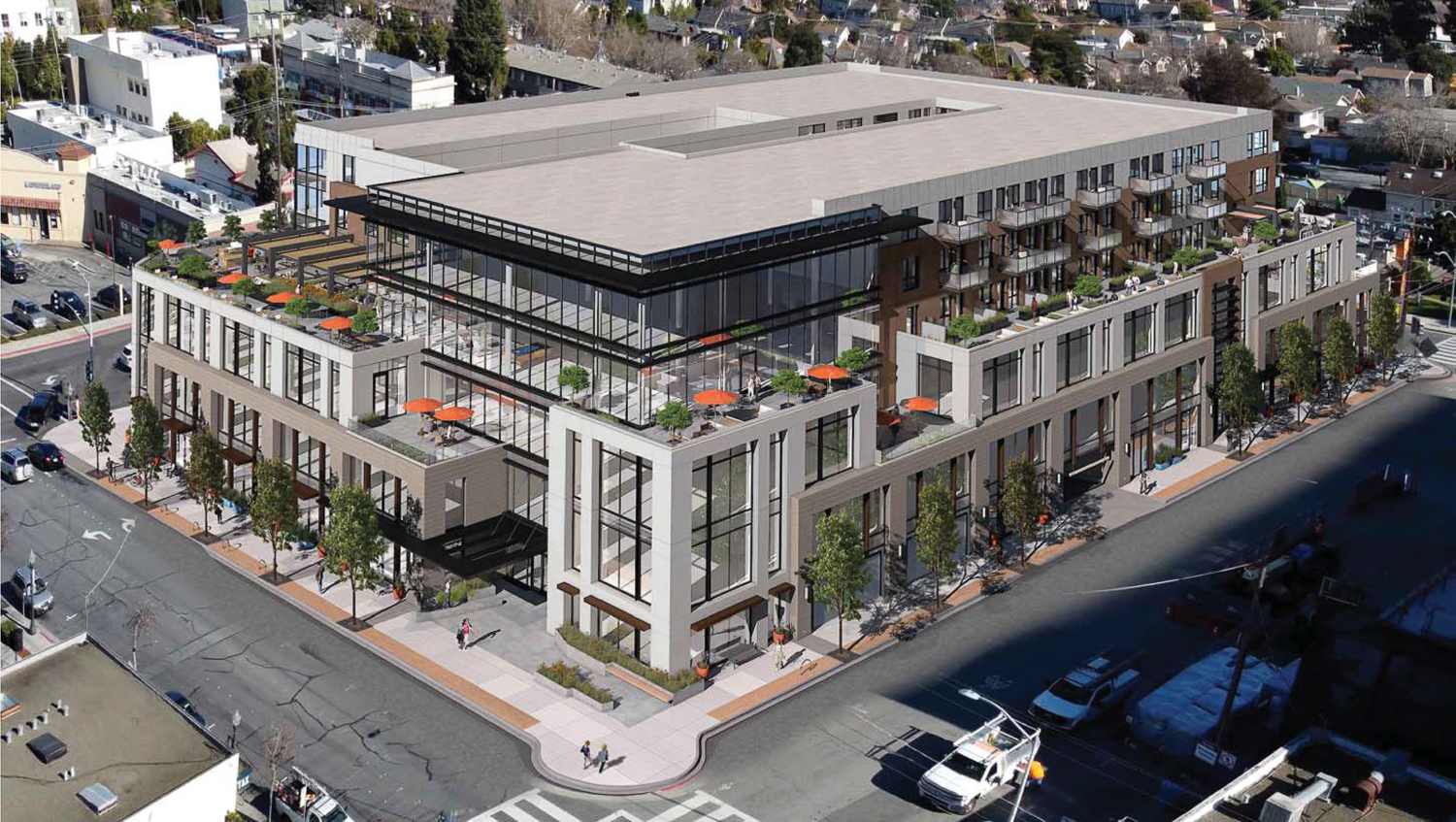 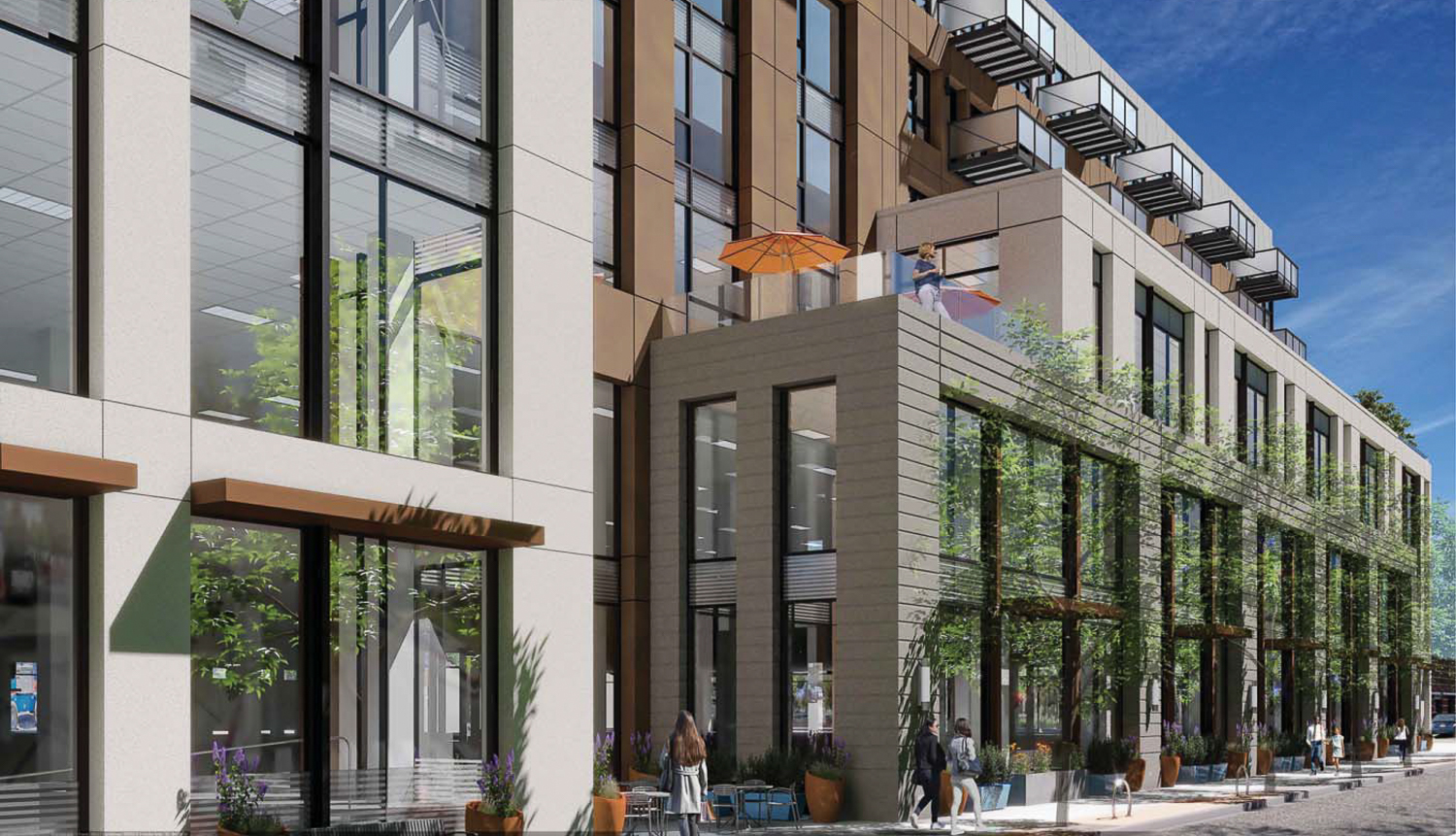 The project was also a beneficiary of the 50% State Density Bonus law, with the revised project adding additional units on top of the base zoning of 76 units. Of the 111 total apartments to be built, there will be 53 studios and 58 one-bedroom units. Twelve of the units will be devoted to affordable, very low-income housing.

Office employees will have access to open space with balconies on the third and fourth floors and a central atrium on the second floor, open to the sky with an intermediate balcony on level three. Residents will have a landscaped rooftop deck with amenities and furniture, with 57 private balconies for half of the project’s units. The building will also include an open plaza along the street and additional bicycle marking along South Claremont Street. 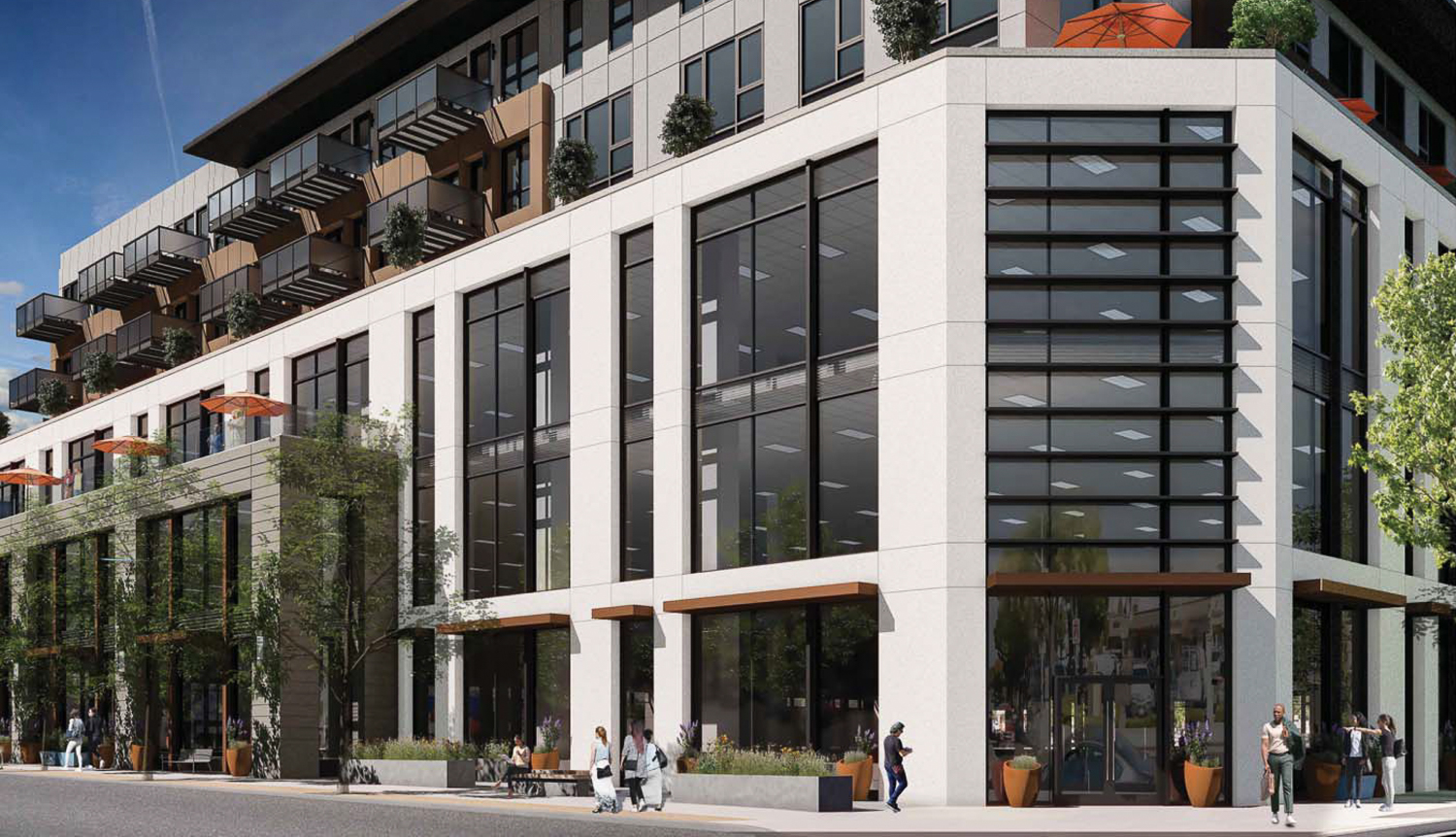 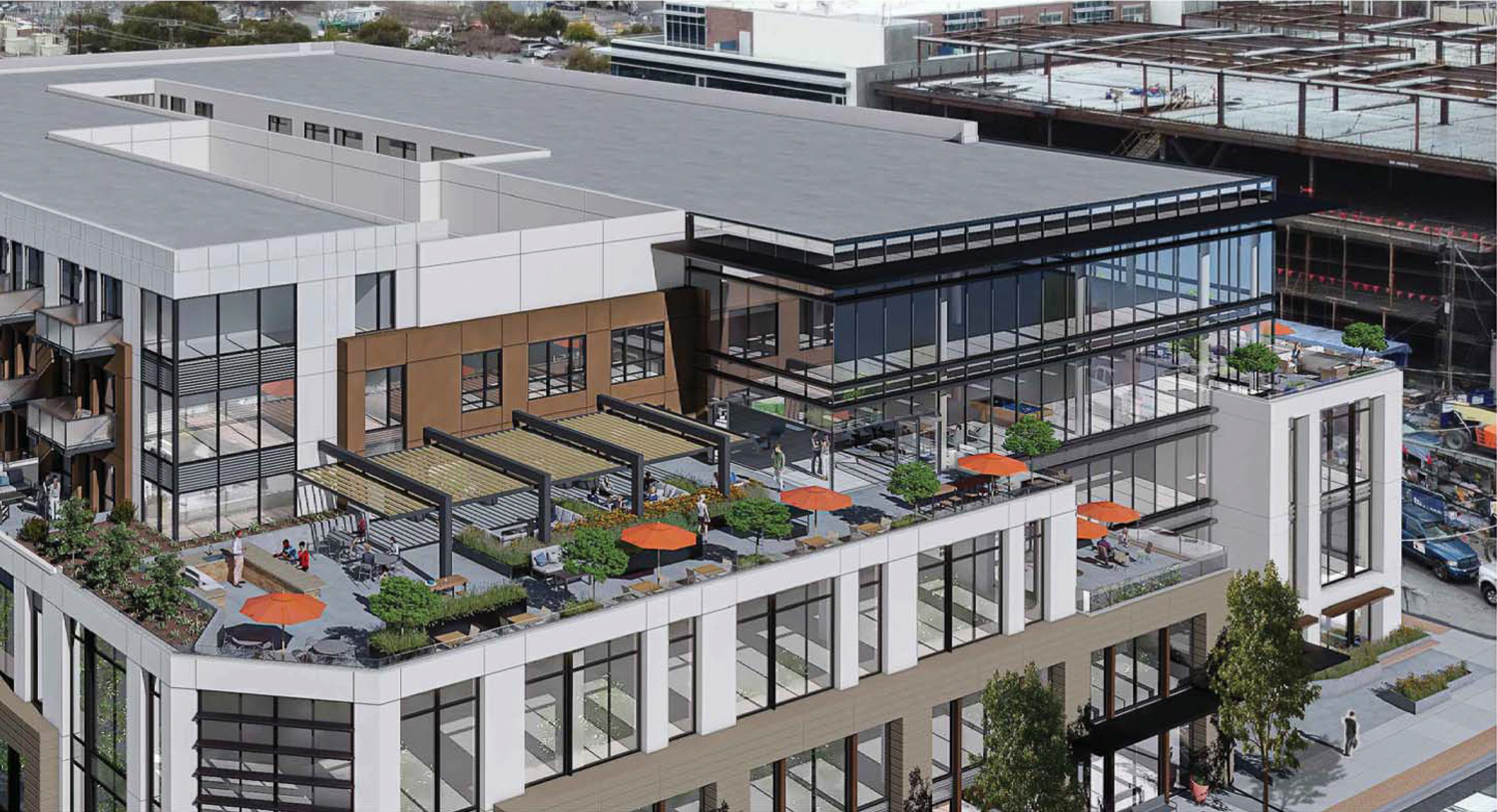 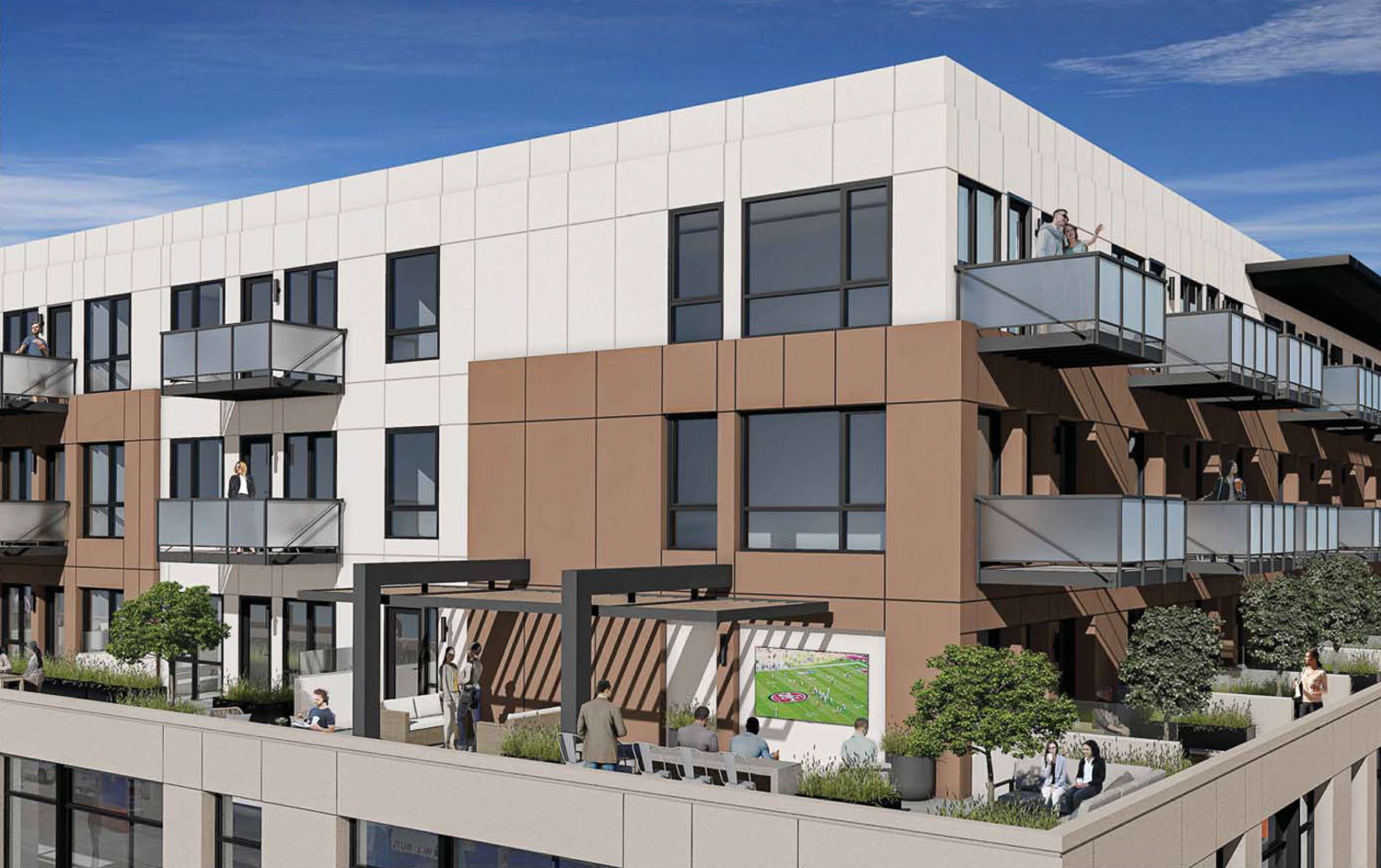 Arizona-based Arc Tec is responsible for the design, which uses glass and solid walls to express various volumes with an articulated facade and a series of setbacks. Facade materials will include glass fiber reinforced concrete, aluminum panels, and stucco. KLA is the landscape architect, and BKF is the civil engineer.

Demolition will be required for all existing structures across 1.5 acres and 11 parcels. The area is currently occupied by a gas station, food services, retail, three single-family homes, and a two-story four-unit apartment building. 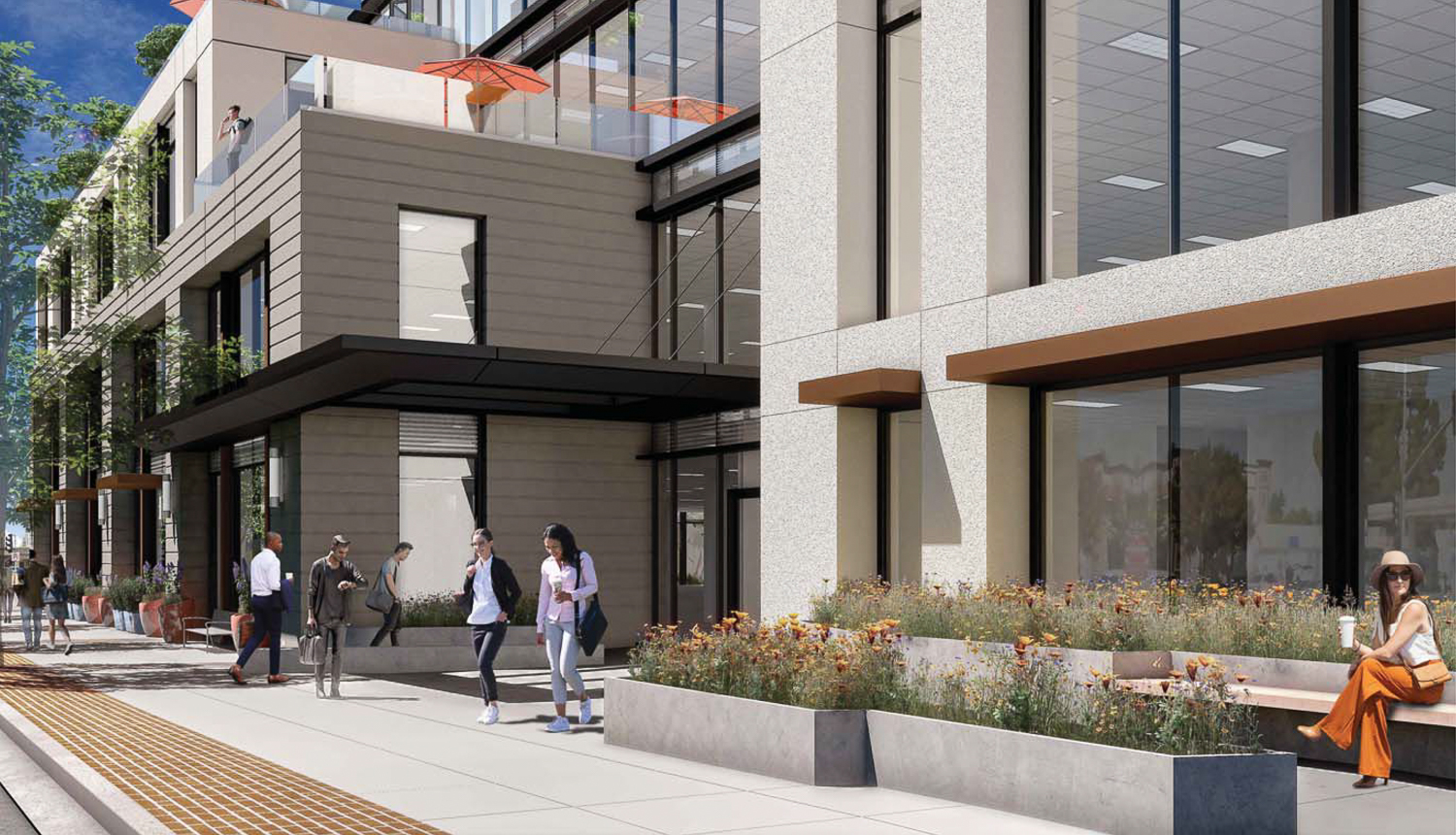 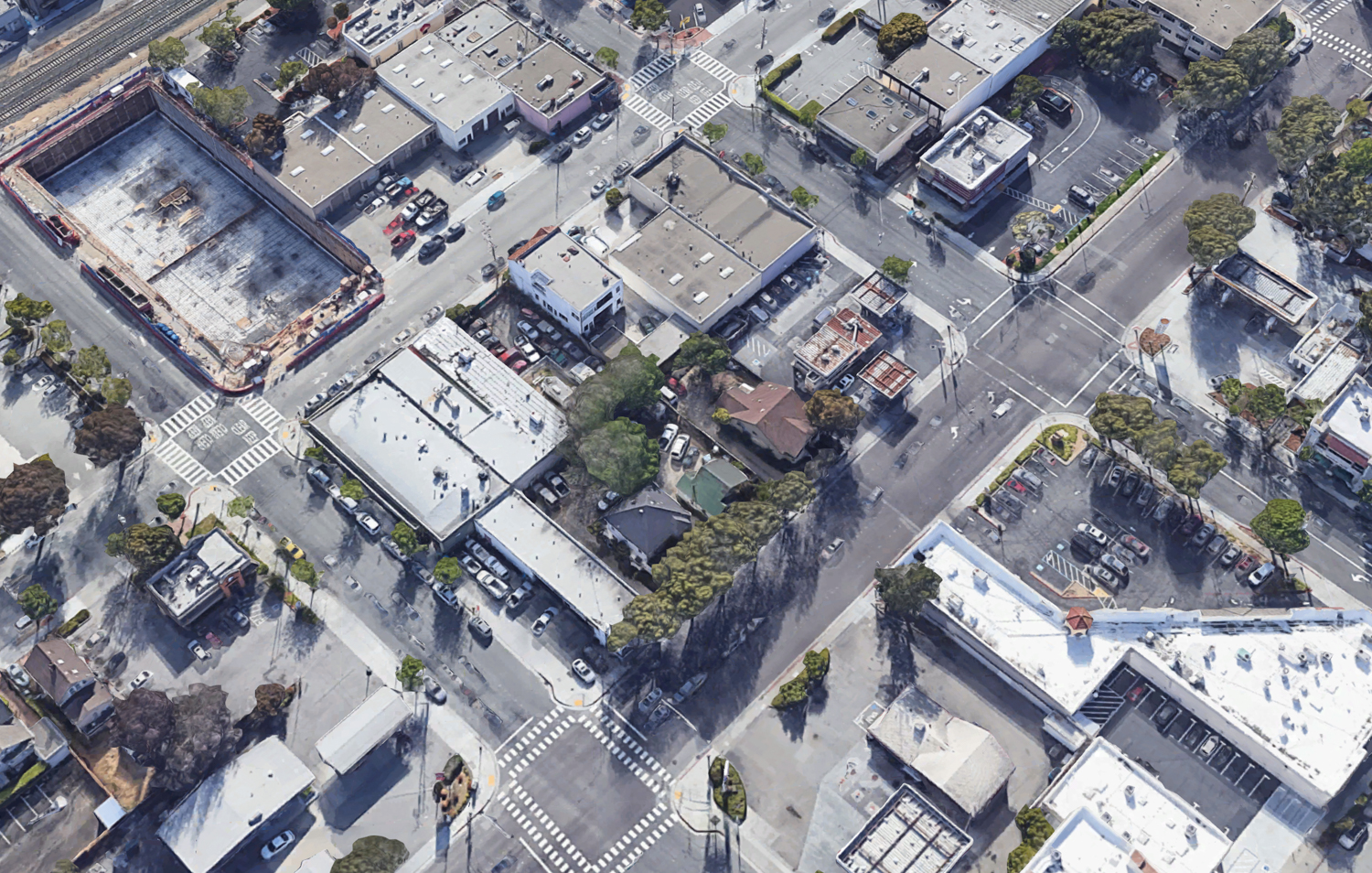 The area is bound by 3rd and 4th Avenues, South Claremont Street, and South Delaware Street. Future employees and residents will find themselves along the eastern edge of the downtown core. The Caltrain station is three blocks away, providing regional transit from San Francisco through San Mateo County and into San Jose.

The project now requires approval from the San Mateo City Council. An estimated cost has not been established, and construction is expected to last around 15 months from groundbreaking to completion.