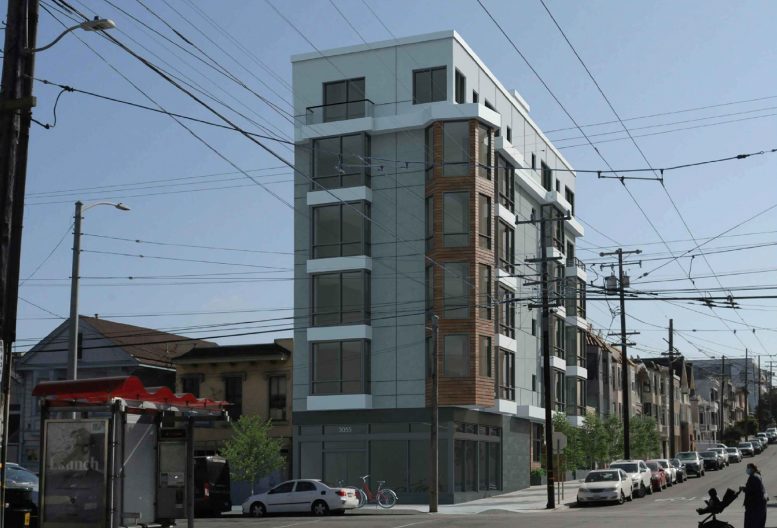 The San Francisco Planning Commission is scheduled to review the proposal for 3055 Clement Street today. The project would rise from a small corner lot in San Francisco’s Outer Richmond with nine units, of which three will be affordable. The proposal is seeking HOME-SF authorization to allow construction, along with exceptions for rear yard requirements and approval for the purposes of CEQA.

The 62-foot tall structure will include 11,120 square feet with 7,380 square feet for housing, 3,750 square feet of common space, and 632 square feet for ground-level commercial retail. Residents will have access to a 360-square-foot roof deck and a ground-floor lounge. Parking will be included for ten bicycles. 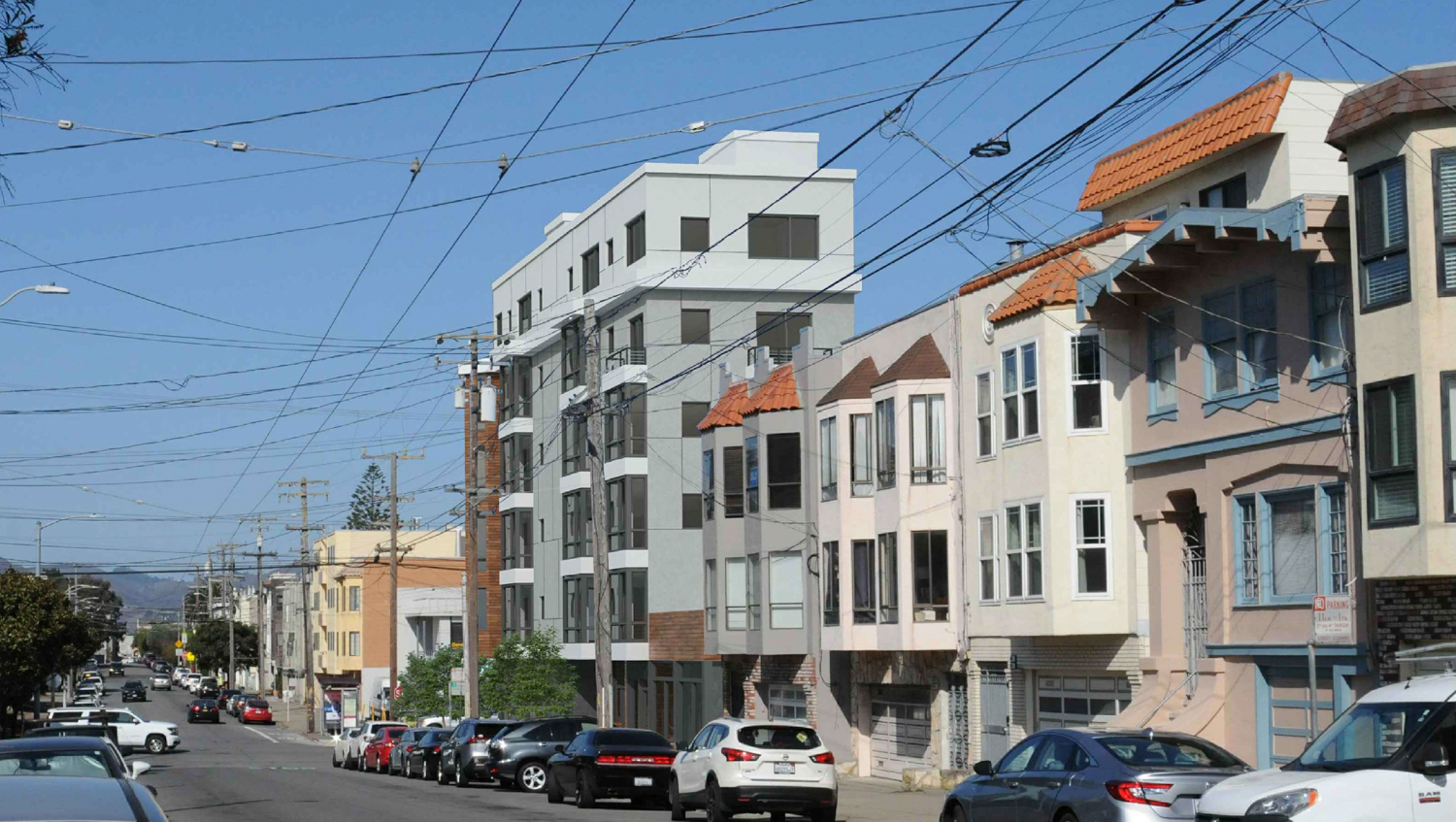 Design Consultants Group is the project architect and sponsor. Unit sizes will vary with four one-bedrooms, four two-bedrooms, and a penthouse three-bedroom unit.

Demolition will be required for the existing building, currently home to the China Dance School & Theatre. 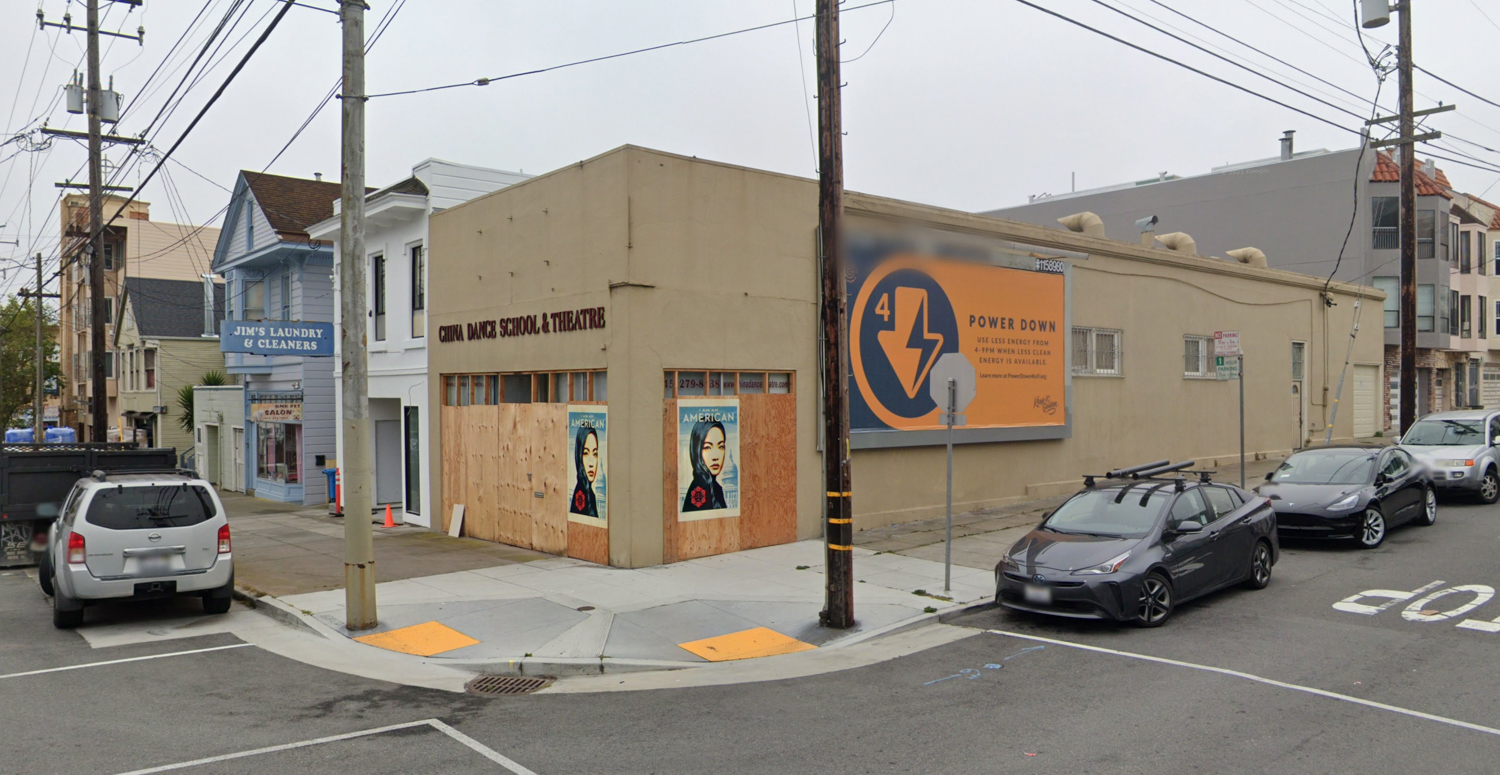 The property is located between 31st and 32nd Avenue. Residents will be nearby a grocery store, shops, and the Geary Boulevard thoroughfare, connecting the Financial District to the Richmond District and ending with the Sutro Baths and Ocean Beach.

The meeting is scheduled to start today, Thursday, June 23rd, at 1 PM. For information about how to attend and participate, visit the meeting agenda here.