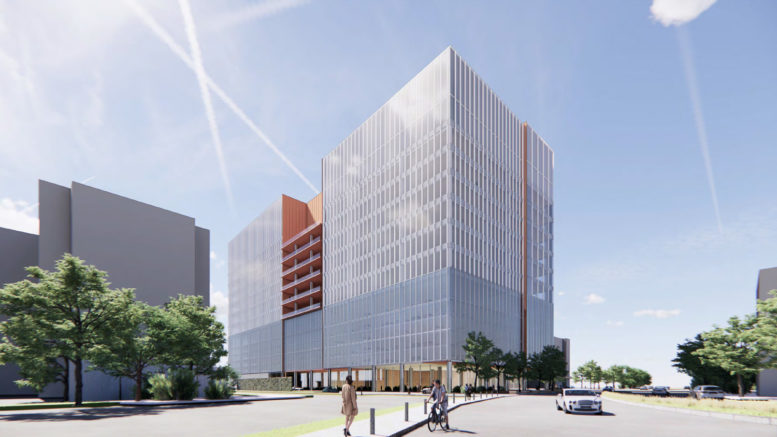 The Burlingame Planning Commission is scheduled to review the design for a 12-story office project at 777 Airport Boulevard, along the San Mateo County bayside waterfront. The project would continue the city’s expanding office presence in a prominent strip of land by 101. LPC West, the West Coast division of the international real estate firm, Lincoln Property Company, is responsible for the project. 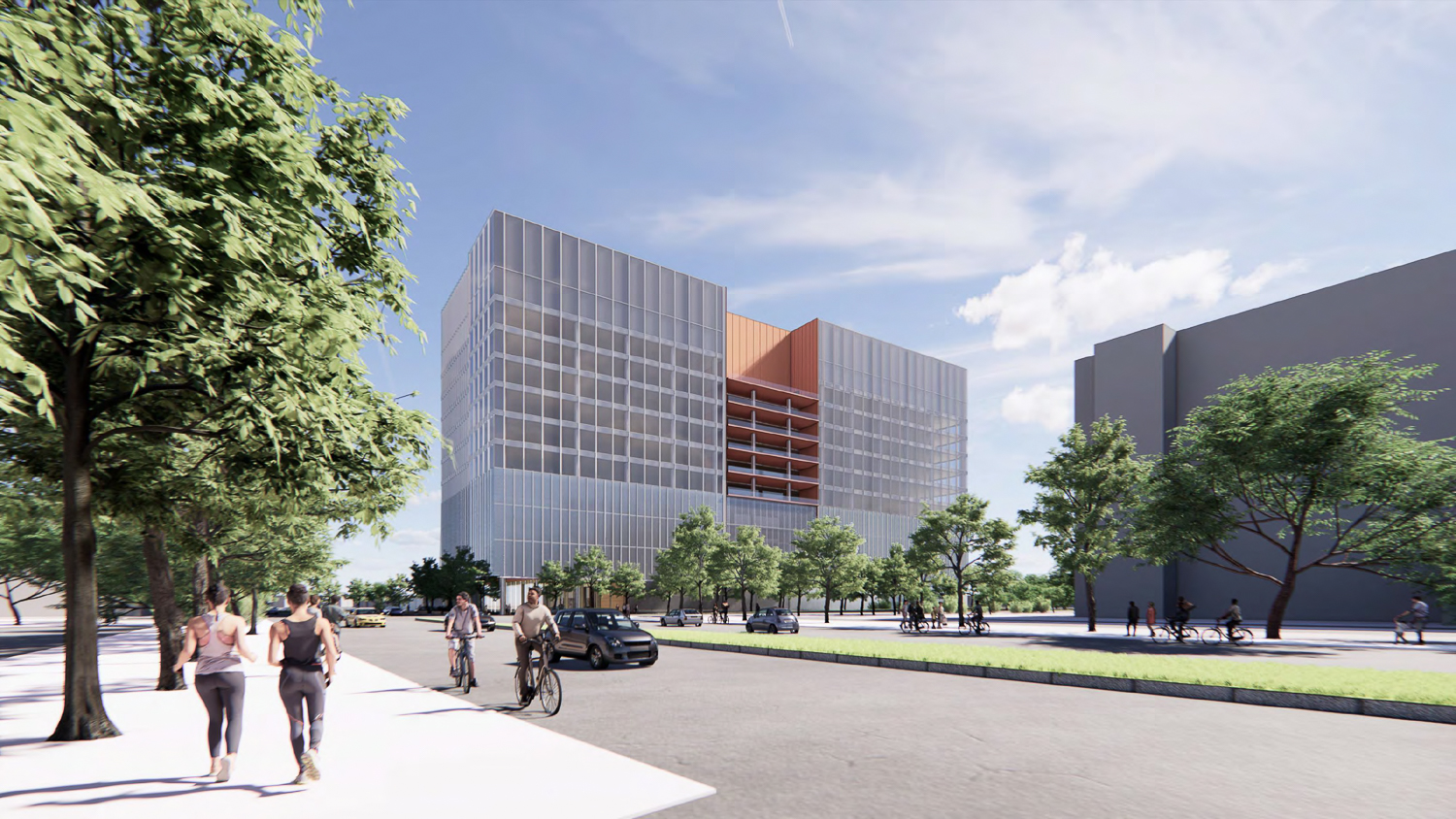 777 Airport Boulevard as seen from Anza Boulevard, rendering by Gensler

Gensler is the project architect. The glassy curtain wall exterior will be broken up with a terrace cut-out in the center of the northern and southern faces, highlighted by copper finish panels. 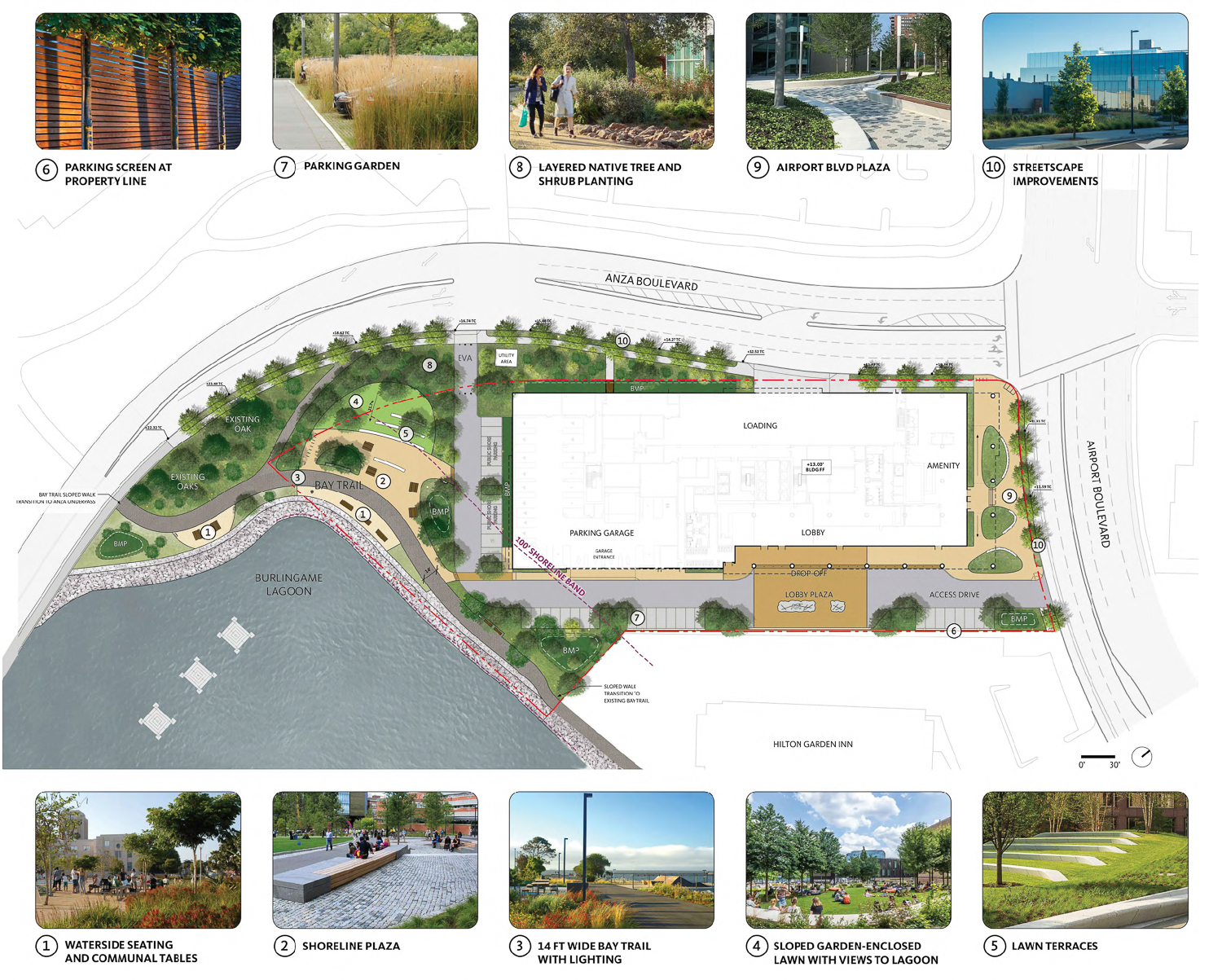 A quarter of the 3.09-acre lot will be covered with landscaping. The program, designed by Petersen Studio, will feature waterside seating, a shoreline plaza, and a continuation of the Bay Trail facing Burlingame Lagoon. The open space between the Bay Trail and Anza Boulevard will feature an enclosed lawn with terraced seating surrounded by layered native trees and shrubs. 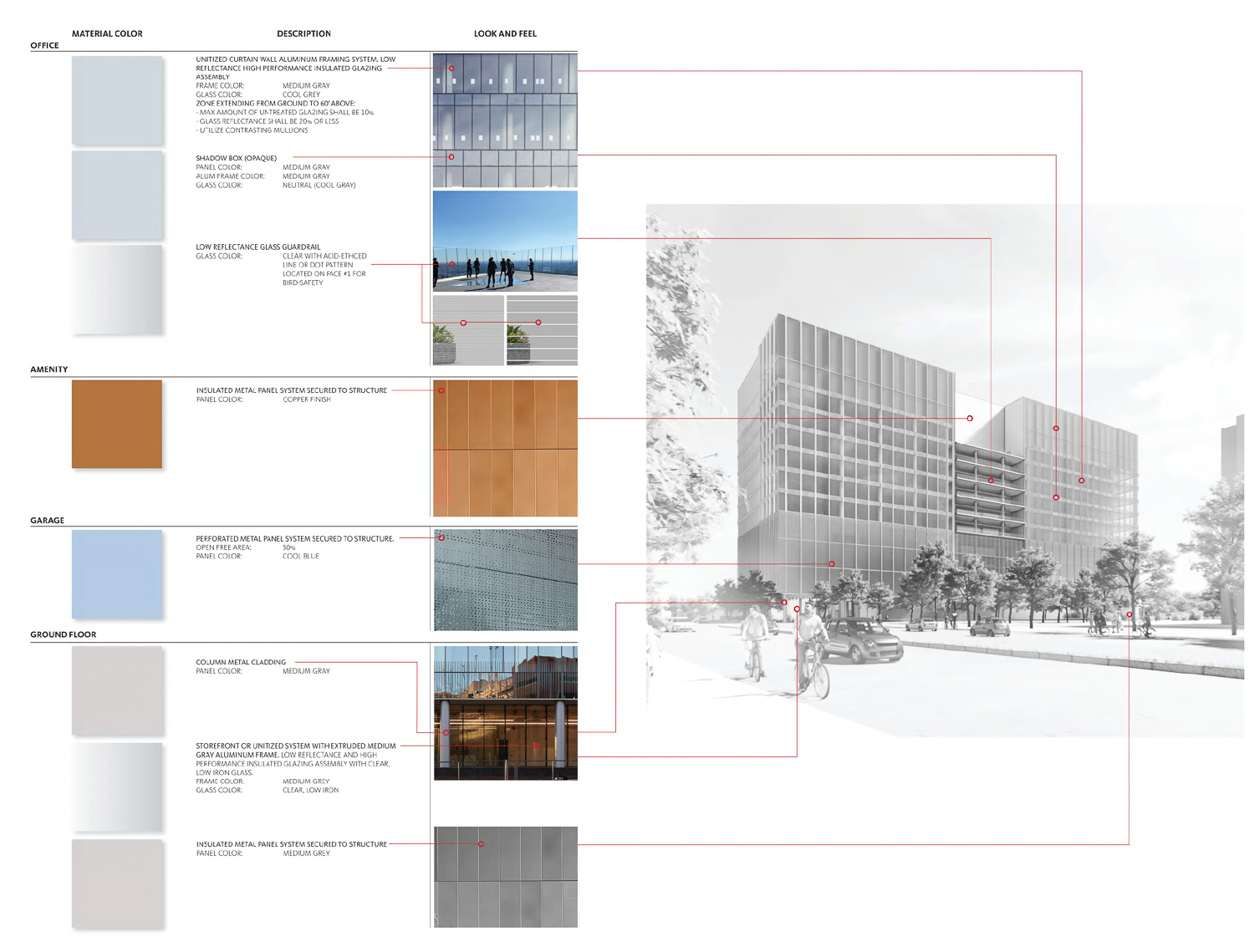 Wilsey Ham will be consulting for civil engineer, with Saiful Bouquet as the structural engineer and Alvine Engineering responsible for the Mechanical, Electrical, and Plumbing, or MEP.

The property is located on the southern corner at the intersection of Airport and Anza Boulevard. Demolition will be required for the existing five-story Red Roof PLUS hotel and the attached Leann’s cafe. 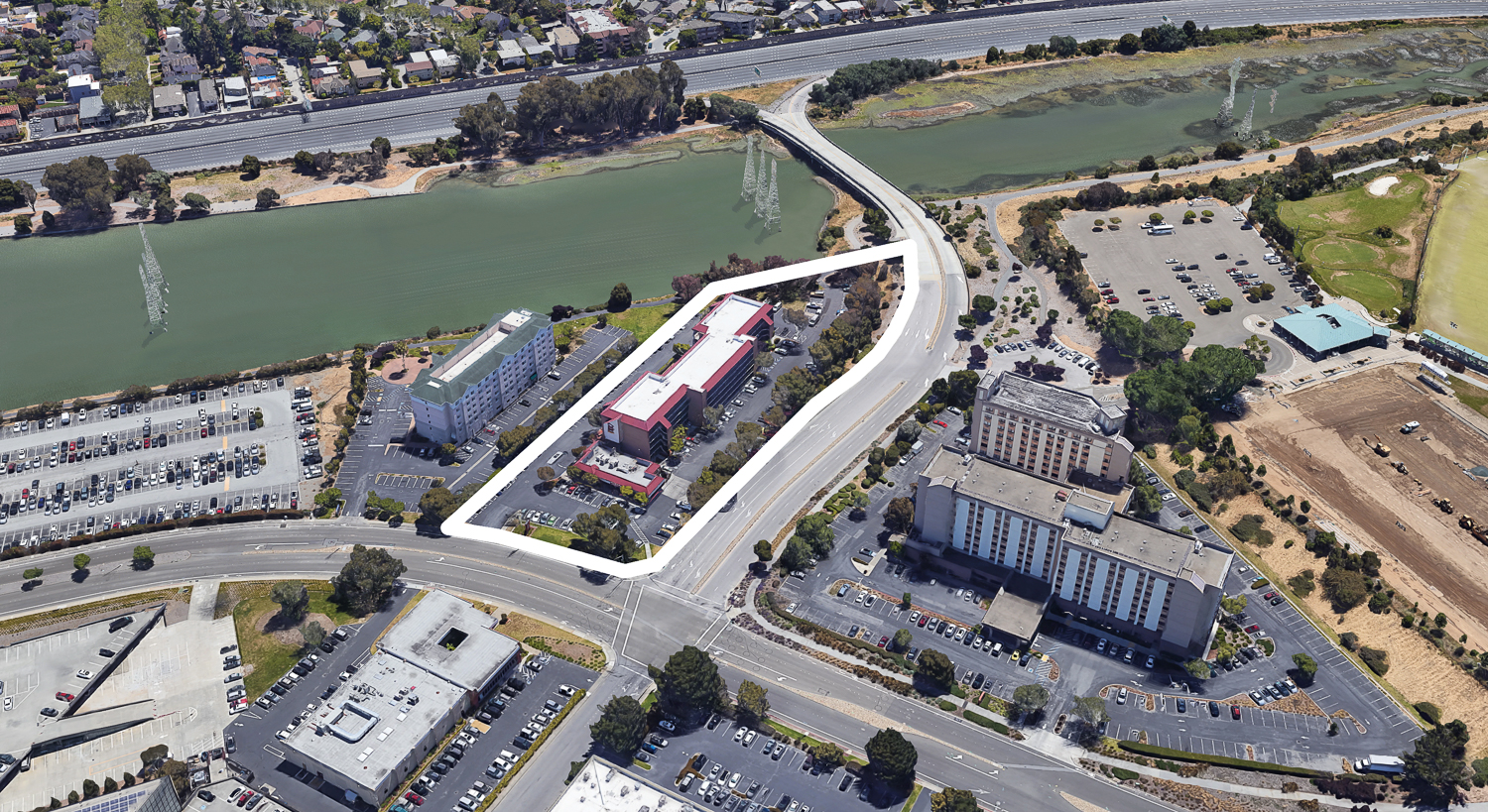 The project will be reviewed by the planning commissioners during the Design Review Study. The meeting is scheduled to take place tomorrow, June 13th and 7 PM. For more information about how to attend and participate, visit the meeting agenda here.