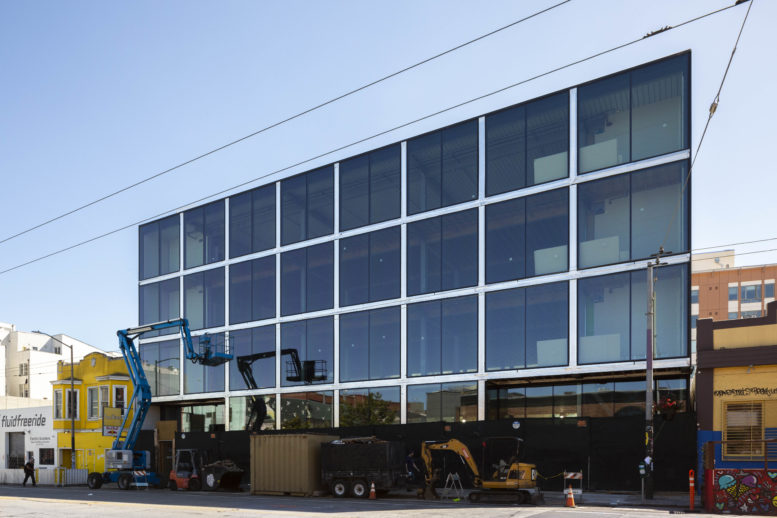 340 11th Street view from across the street, image by Andrew Campbell Nelson

Construction work is nearly complete for a new four-story office project at 340 11th street in SoMa, San Francisco. The curtainwall-clad building showcases the design from one of the city’s most influential firms, Stanley Saitowitz Natoma Architects. Universal Electric Supply Company is the property owner, operating through 340-350 11th Street LLC. 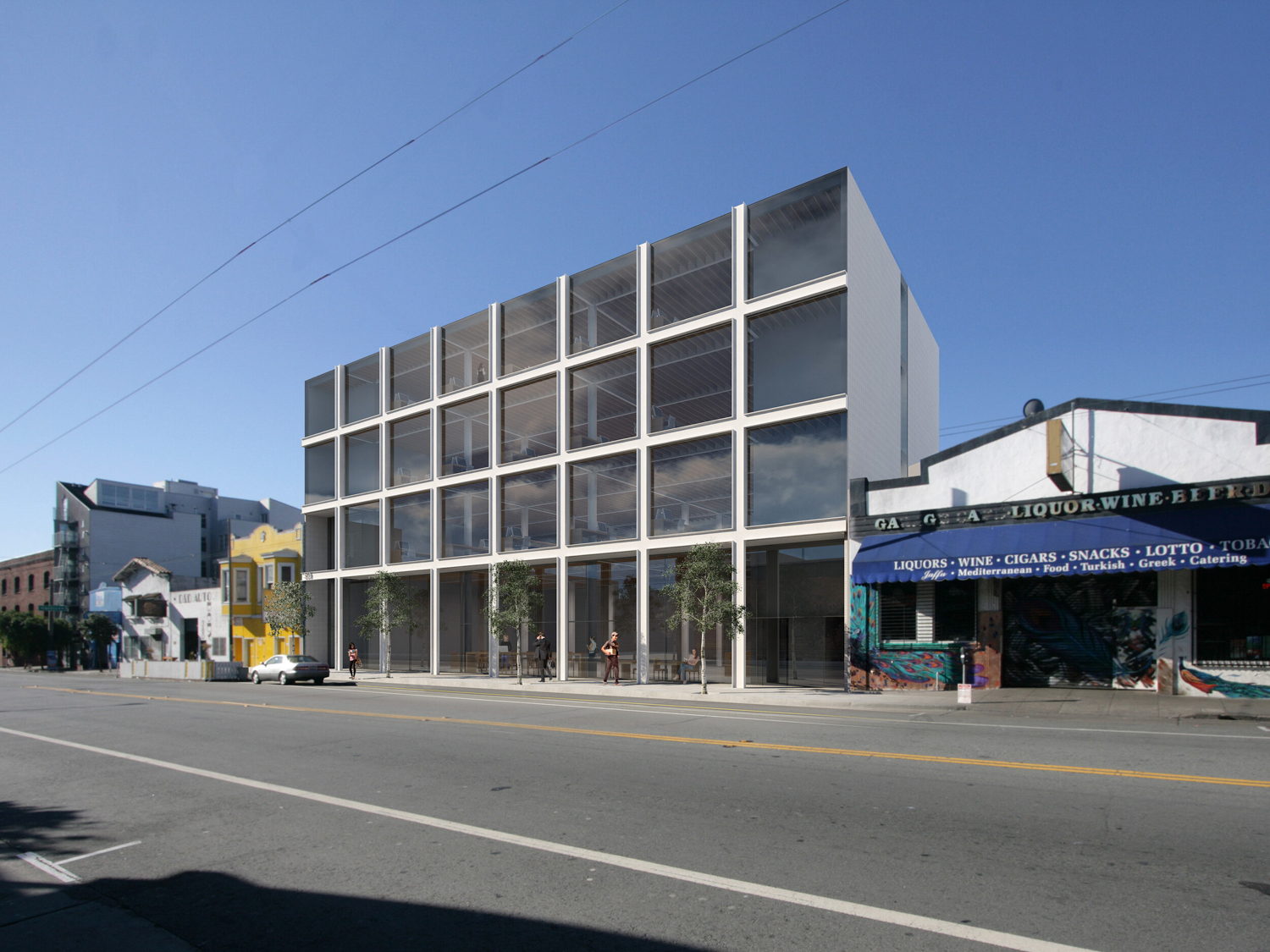 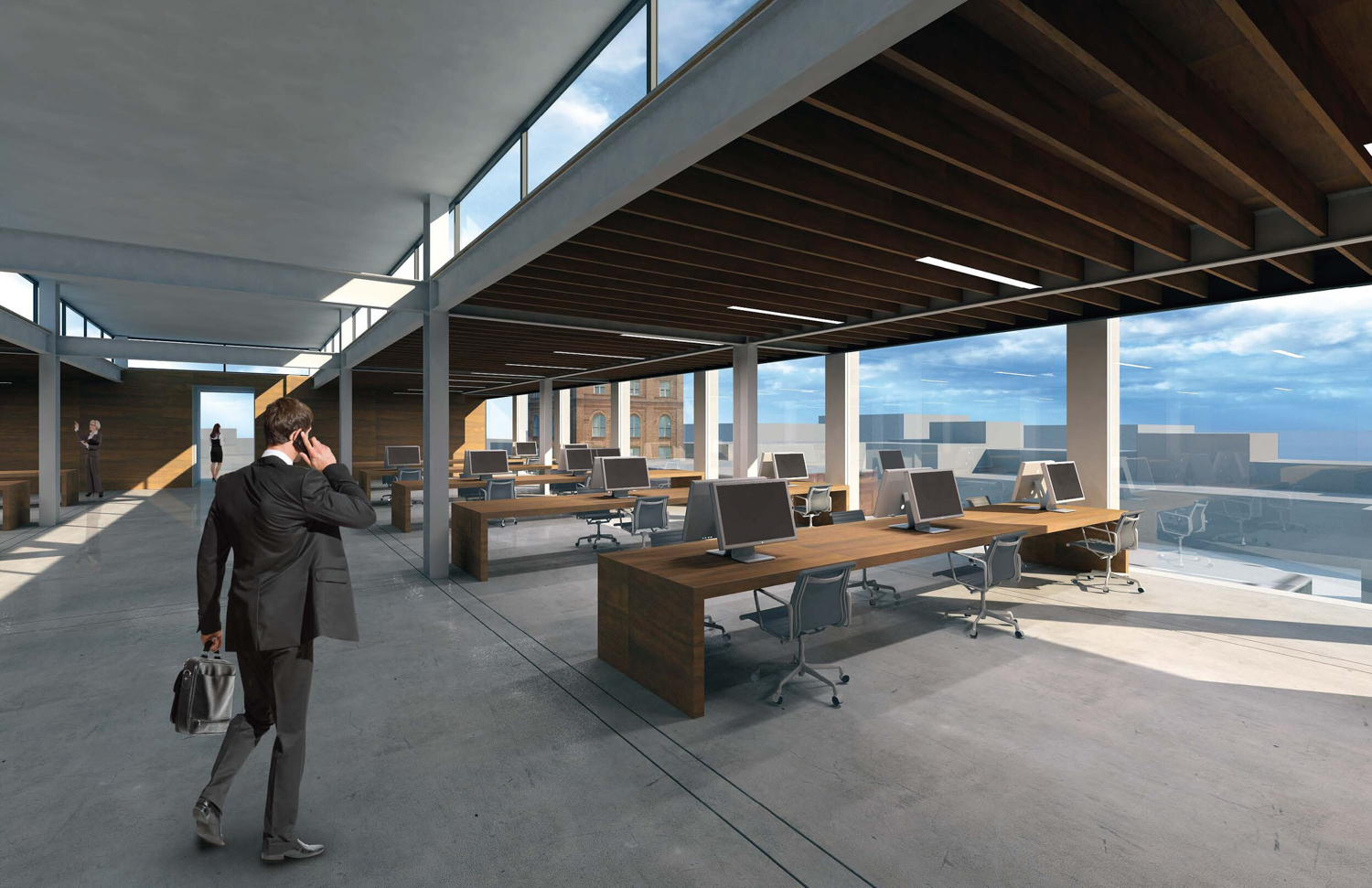 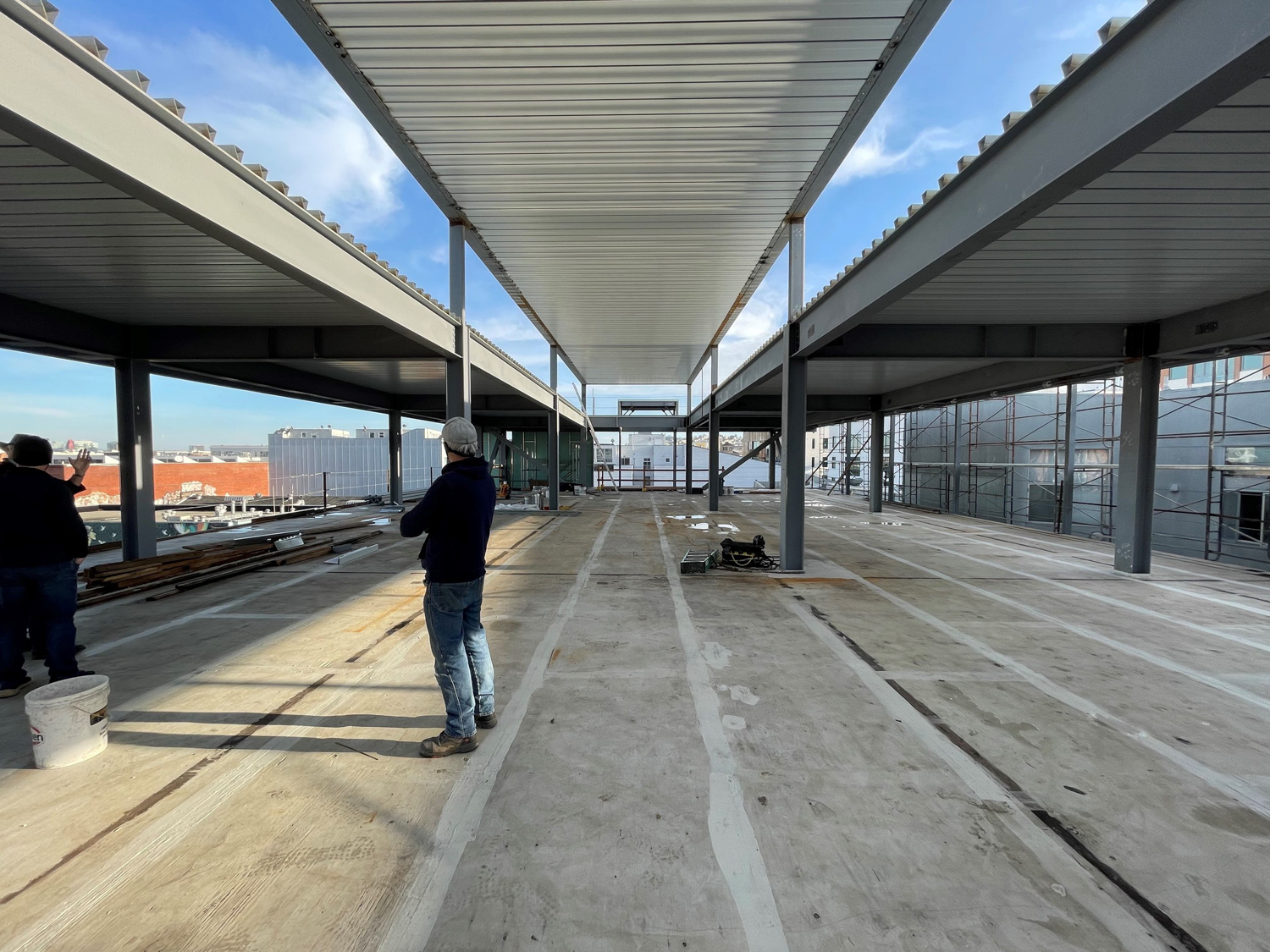 The 55-foot tall structure contains 24,990 square feet with 14,775 square feet for offices and 4,350 square feet for ground-level retail. The post-and-lintel grid has not yet been fully installed, with renderings showing that the white rebar frames will rise above the curtainwall skin. The architecture firm describes the exterior as “taught and minimal in recognition of contemporary aesthetics.”

Large windows will bring the natural light into the area, with ceiling and walls of mass timber to create a natural ambiance. On the top floor, a linear clerestory window is reminiscent of the neighborhood’s industrial vernacular.

340 11th Street is on a block bound by Folsom Street, Harrison Street, and 12th Street. On the opposite side of the block is 333 12th Street, an eight-story apartment complex purchased by the city and to be run by the Department of Homelessness and Supportive Housing this May. 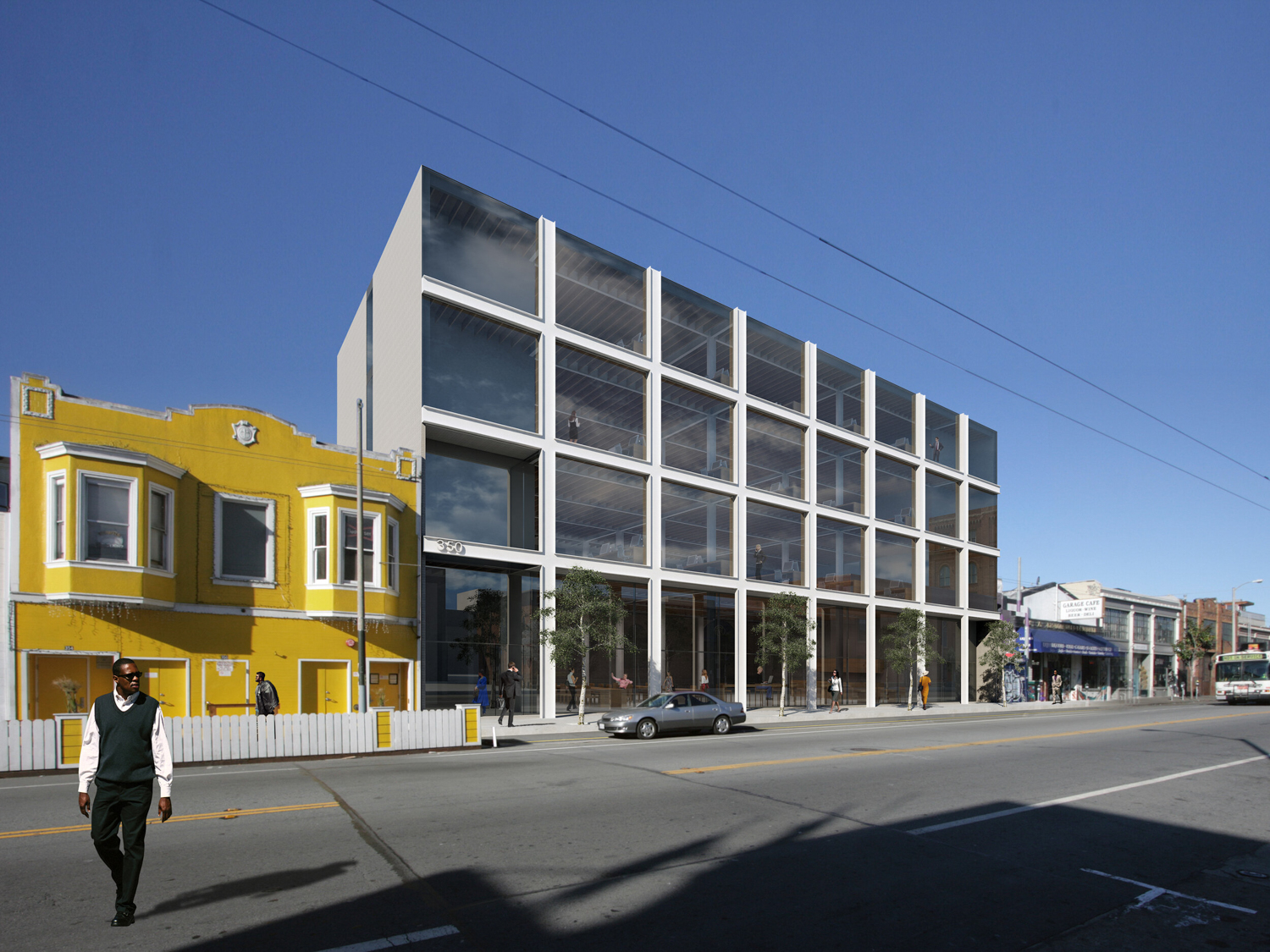 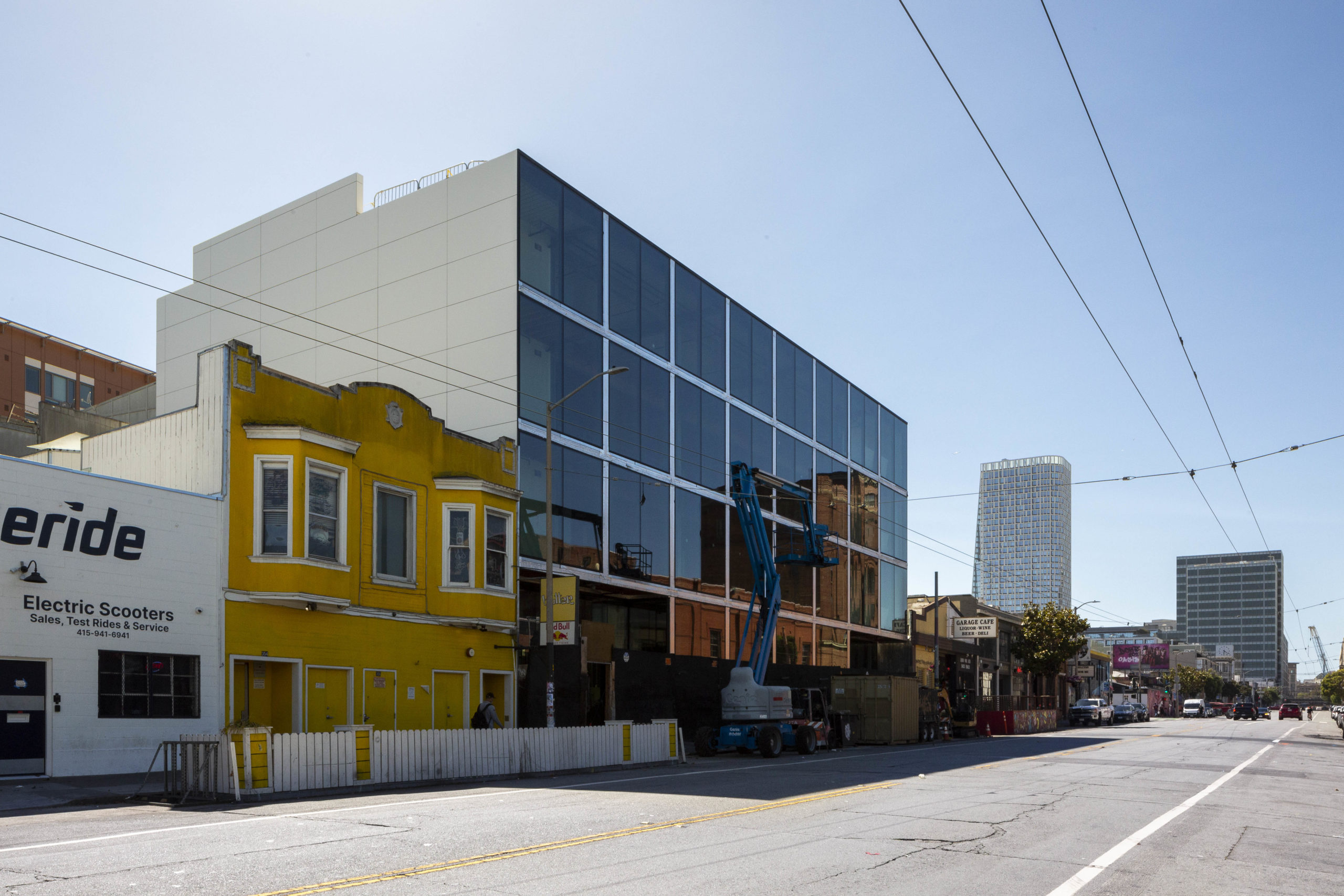 The new office will likely hit the market during a period when the city is struggling to retain existing office tenants. Most recently, Salesforce listed 40% of the Salesforce West tower. There has been some good news, like Google leasing the 300,000 square foot office building at 510 Townsend Street, and small office blocks like 340 11th Street with the latest technology will stand out for prospective tenants.

YIMBY has contacted the project team with several questions, including about an opening date, and has not received an answer as of publication.