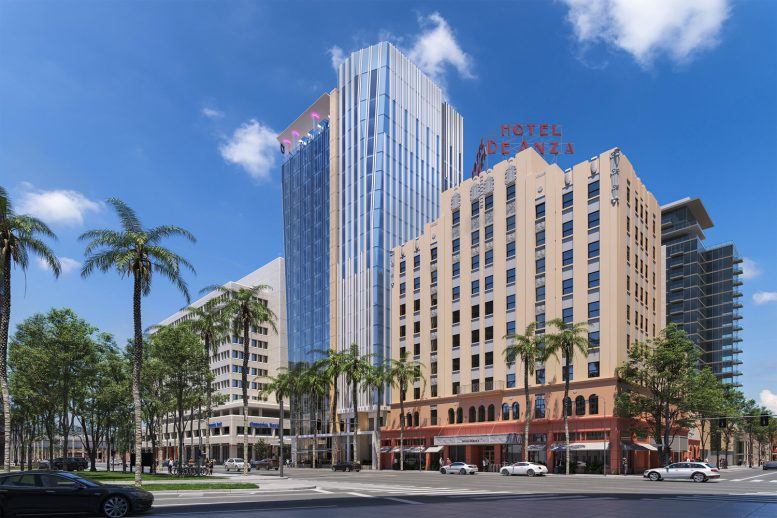 The California State Court of Appeal has rejected a request by the Preservation Action Council of San Jose that would have prevented the construction of a hotel at 8 North Almaden Boulevard in Downtown San Jose. The proposal aims to replace a vacant parking lot with a 19-story Moxy Hotel immediately next to the historic Hotel De Anza, the main source of the contention. KT Urban is the project developer. 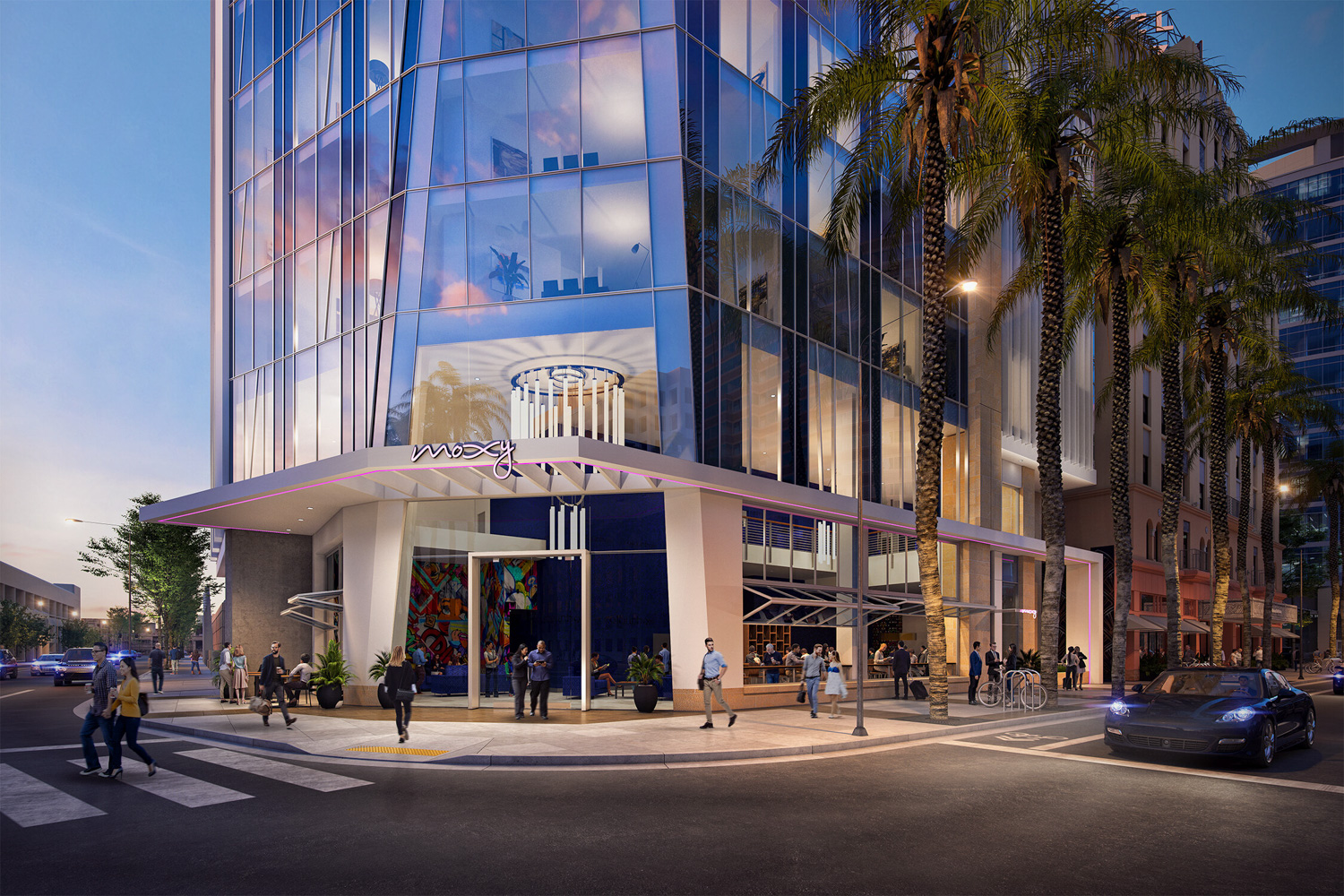 The State Appeals Court judge has refused to hear for a second time an appeal to overturn approval for the Moxy Hotel next to Hotel De Anza. According to reporting by George Avalos for the Bay Area News Group, this will end the case and paves a clear path forward for the approved hotel project. The appeal is led by PAC SJ, who hoped to see a project rise from the site to match the height of the 1931-built structure.

In other news, the owners of the Hotel De Anza have put the 90-year-old Art Deco tower up for sale. The listing by Newmark is expected to ask for around $30-35 million for the 100-room hotel, according to Troy Wolverton of Silicon Valley Business Journal.

The 223-foot tall structure will yield around 154,200 square feet from the 0.2-acre site. The 272 rooms will be evenly distributed between floors three through 18. The first floor will welcome guests with a lobby, lounge, and bar. The second floor will include a fitness center, library, and administration offices. The 19th floor will create a rooftop bar, providing guests with views of the city skyline. Charles W. Davidson Co is listed as the project civil engineer.

C2K Architecture is responsible for the design. The project will be articulated with distinct vertical massings divided by a stone-clad pilaster. Close to the Hotel De Anza, the tower exterior will be decorated with vertical aluminum fins. The fins will be grouped closer together along the base in a nod to the historic structure’s height. At the corner of Almaden Boulevard and West Santa Clara Street, a triangular cutout will create a focal interest point rising from the lobby entrance to the top floor. Crowning the building will be the furnished rooftop bar and hotel signage.

Additional projects by KT Urban in the pipeline across Santa Clara County include Woz Way, The Aviato project, and Westport Cupertino. KT Urban has been responsible for entitling the Garden Gate Tower before selling it to the international developer Scape, who started construction this summer. 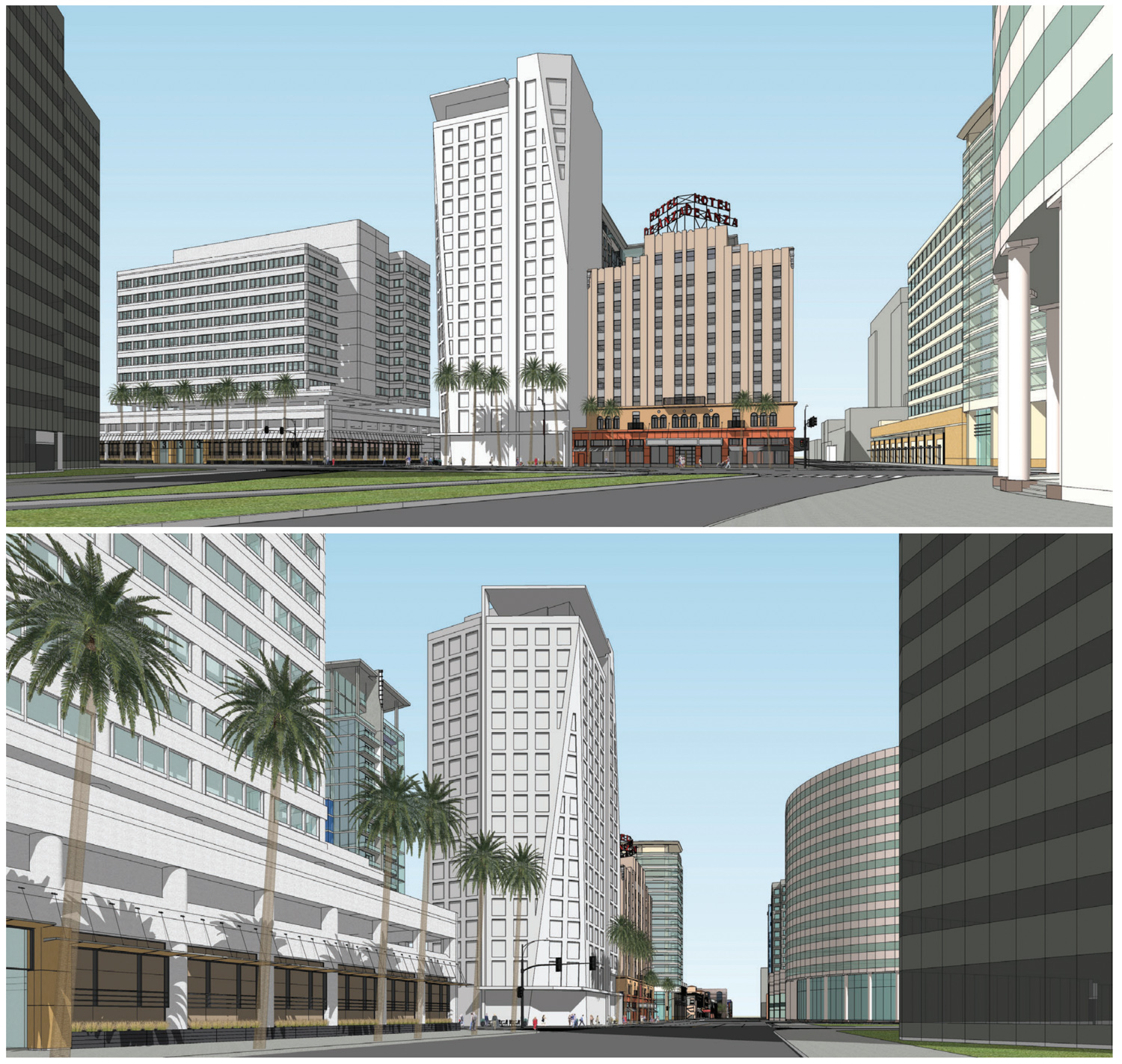 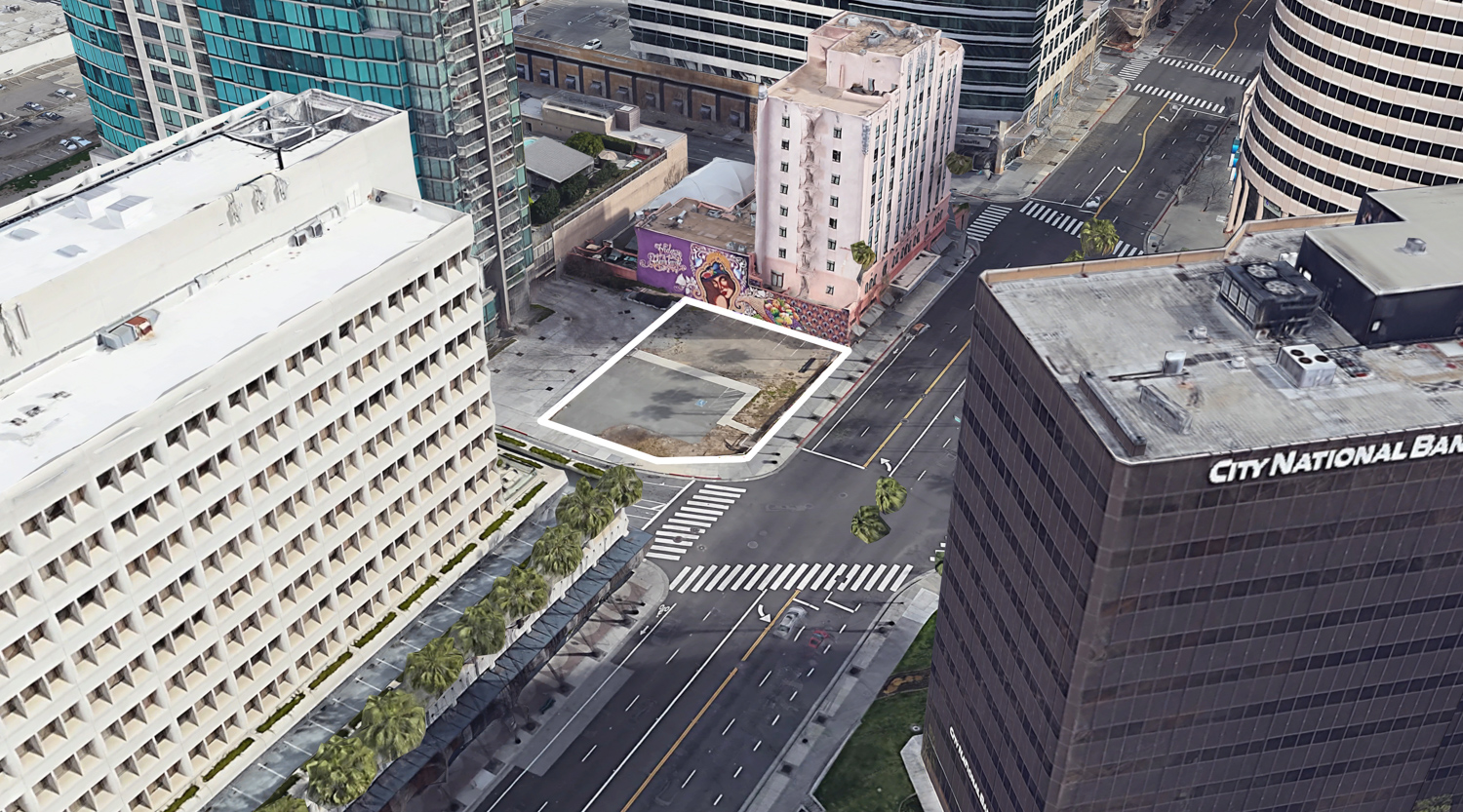 An estimated cost and timeline for construction have not yet been established. YIMBY has contacted KT Urban and PAC SJ with a request for comment and has not received a reply as of the time of publication.