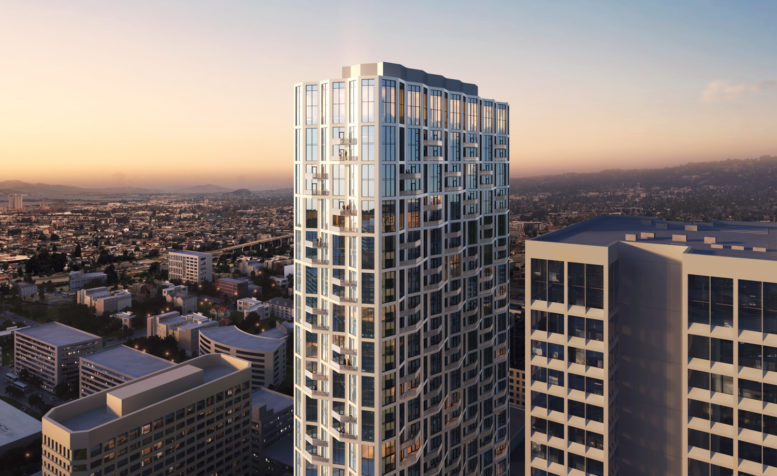 The CIM Group has submitted pre-application documents for a new 46-story residential tower at 325 22nd Street, named Town Tower, in Downtown Oakland. If built today, the project would be the tallest addition to the Alameda County skyline, rising 487 feet tall, well above the current 404-foot Ordway Building. The new plans are a shift away from 2017-era plans by CIM for an office tower at the same location. 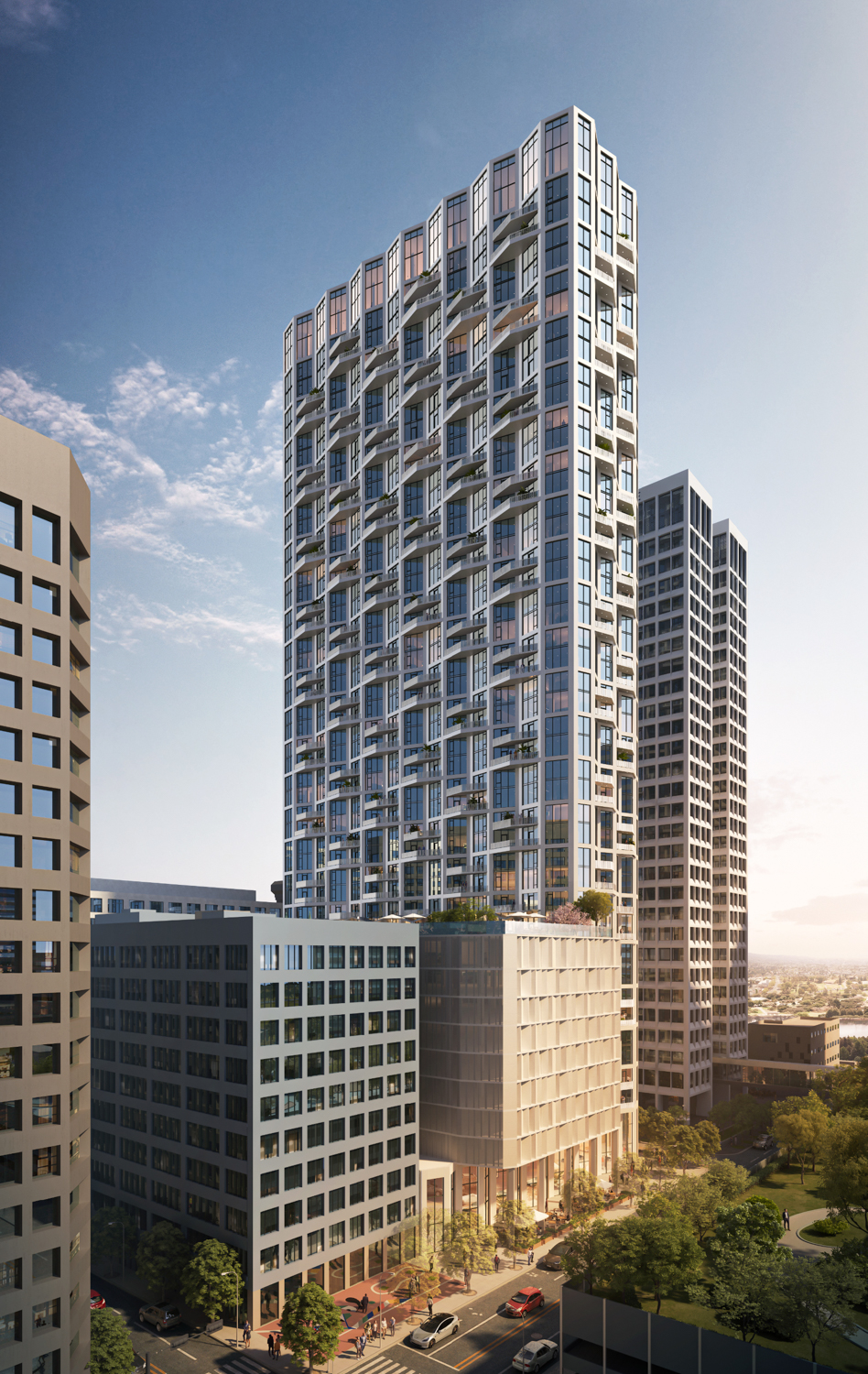 The development will create 596 rental apartments. Of that, 25 units will be designated as affordable for very low-income residents earning between 30-50% of the Area Median Income. Residential amenities will be included on the 12th floor, with 11,600 square feet of interiors connected to the open-air pool deck and landscaped area with seating and planters. 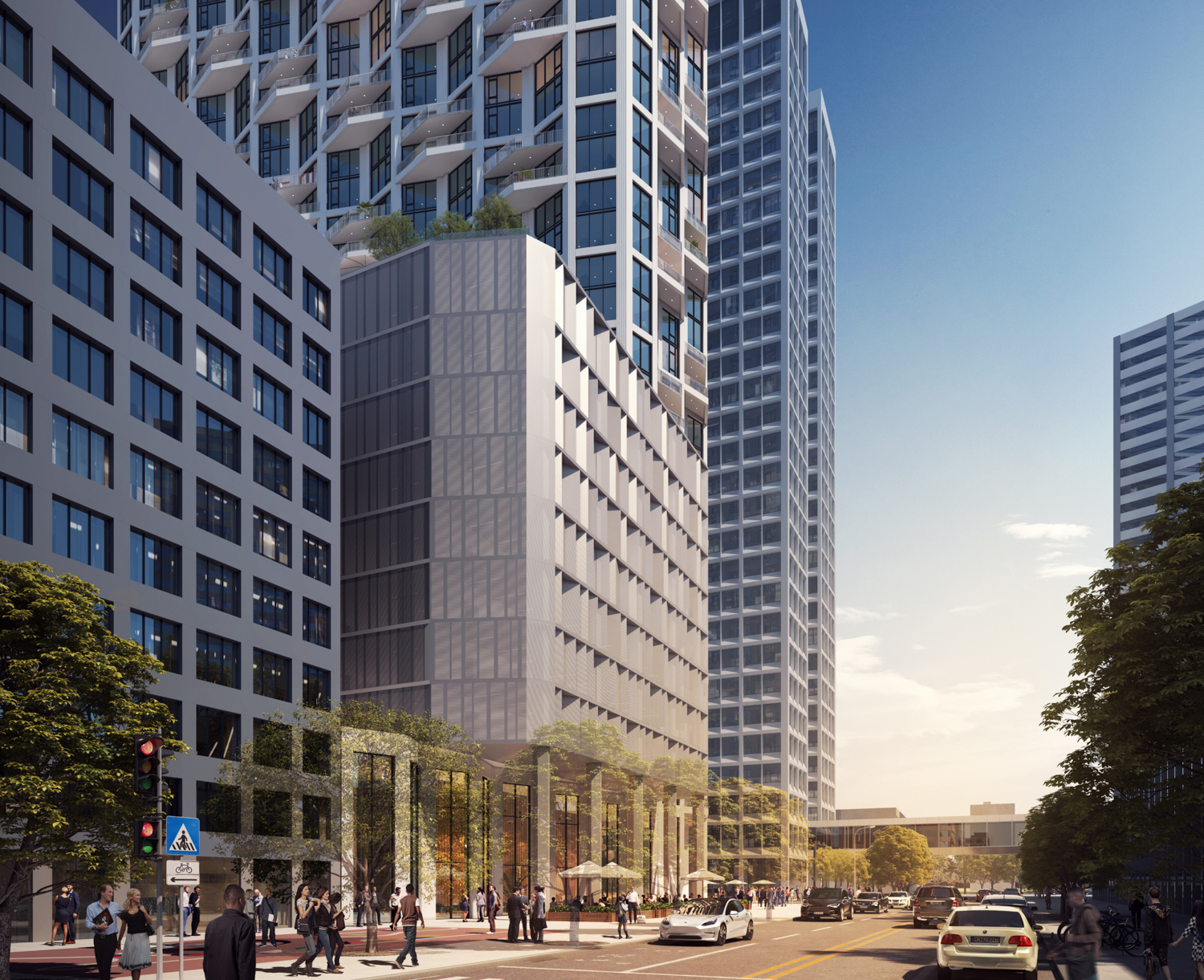 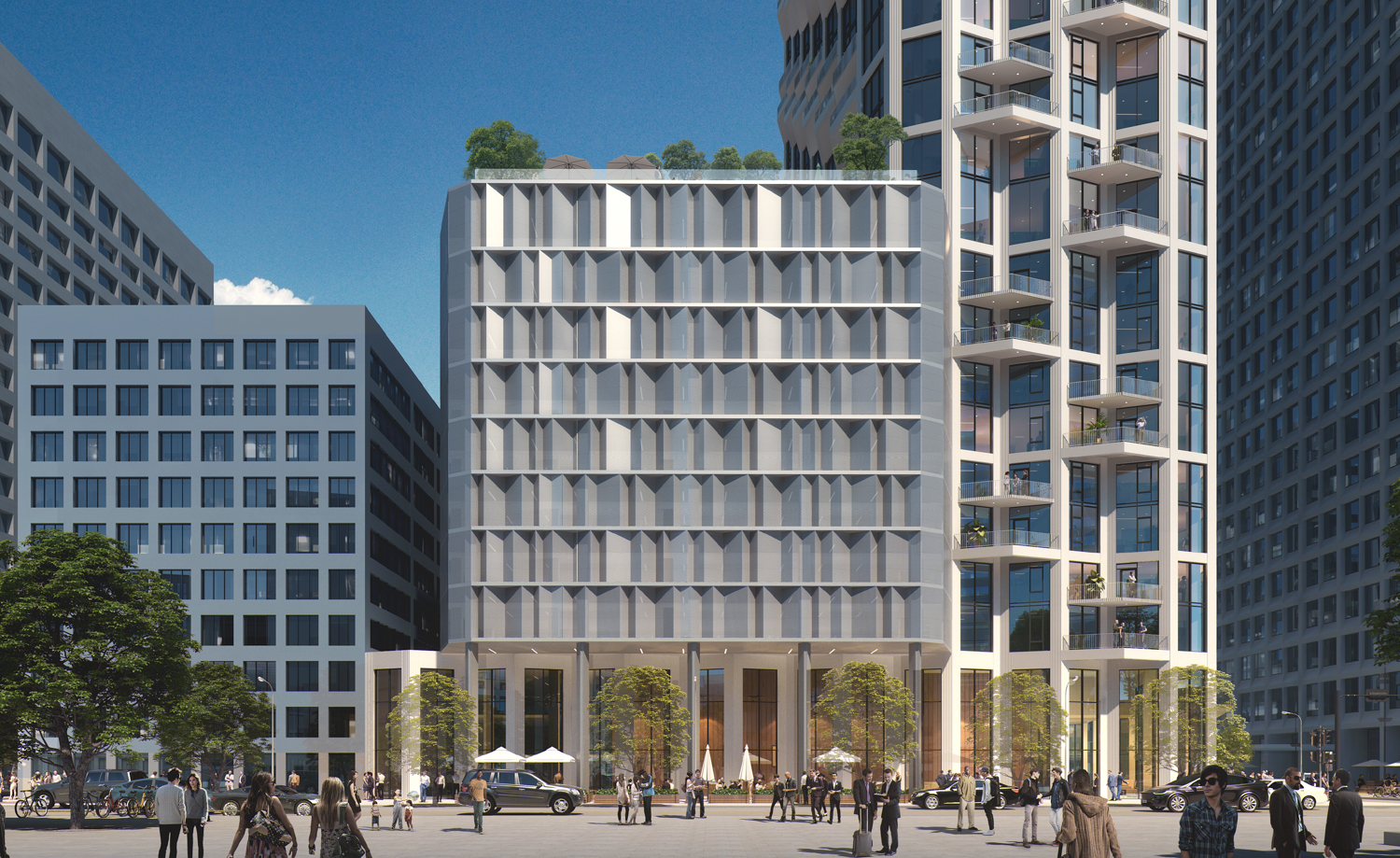 Though no vehicular parking is required, parking will be included for 734 cars across a twelve-story garage podium facing 21st Street. The auto-oriented portion will be visually distinct for the pedestrian. The exact quantity for bicycle parking is not specified, though cyclists will find parking in the 12-story garage with 500-660 square-foot bike parking rooms on each level and a 3,300 square-foot room in the basement. 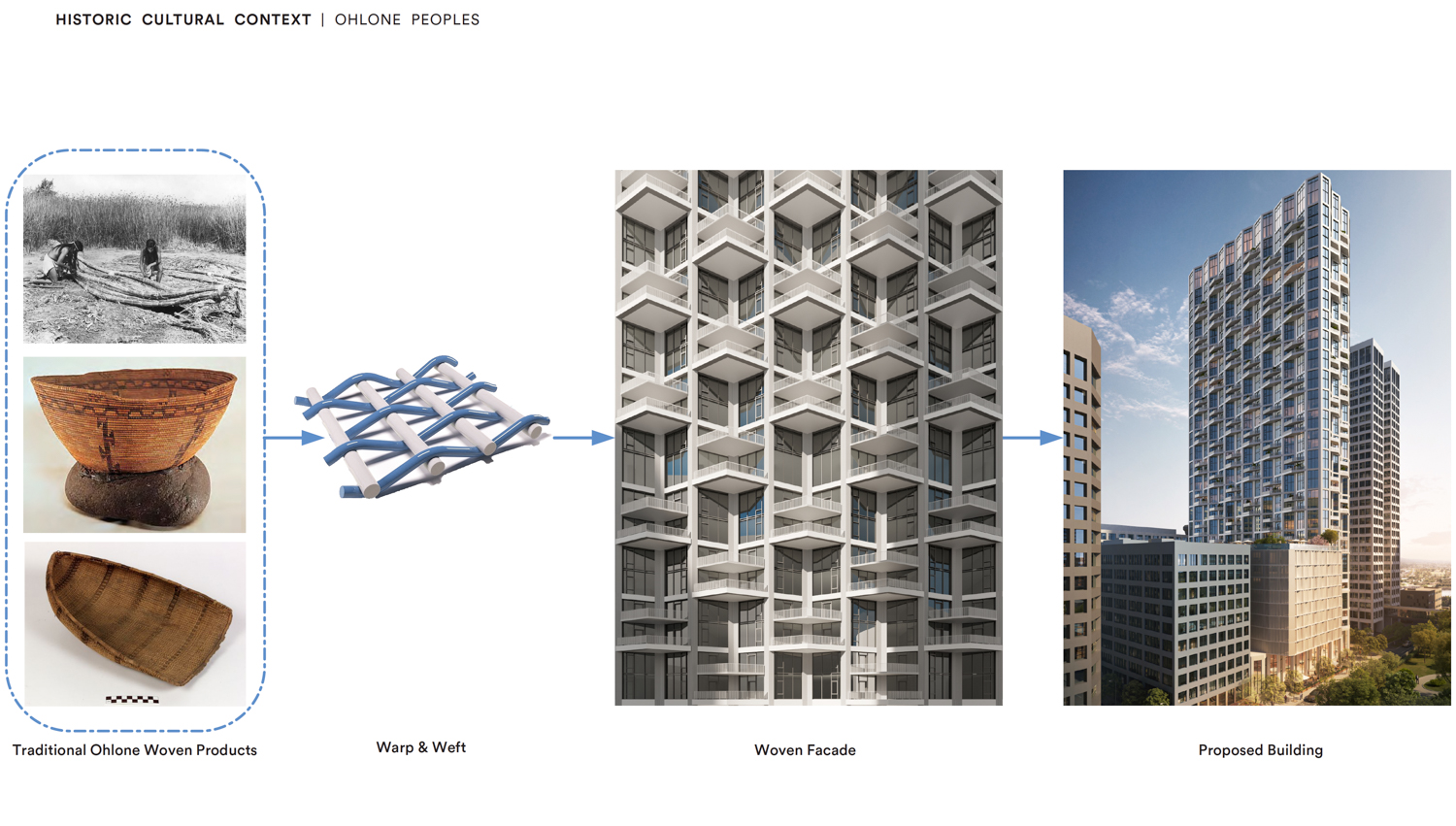 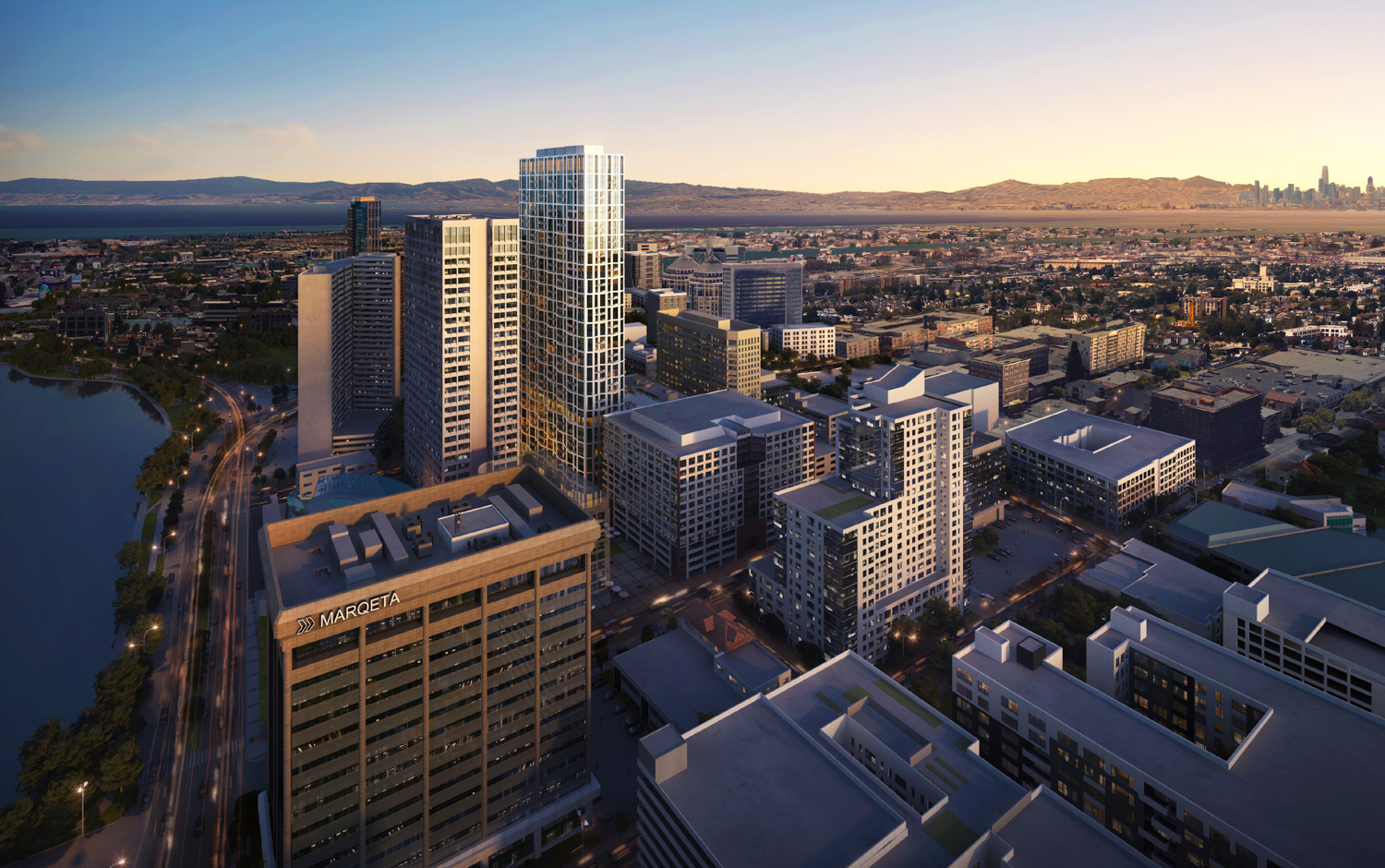 Solomon Cordwell Buenz is the project architect. The firm has had a significant influence on the Oakland skyline, having designed Atlas, the current second-tallest building in Oakland, 1900 Broadway, which is expected to top out as the third-tallest building, and 17th and Broadway, currently the city’s fourth-tallest tower.

Planning documents show the exterior takes inspiration from the woven products designed by the Ohlone People, the indigenous people of the Bay Area. The woven type, as with the proposed tower, contrasts bold vertical columns with an alternating crosswise pattern. For Town Tower, this expression is achieved with the private balconies. The angular facade is also reminiscent of modern interpretations of the Bay Window vernacular, such as with 555 California Street and MIRA in San Francisco. 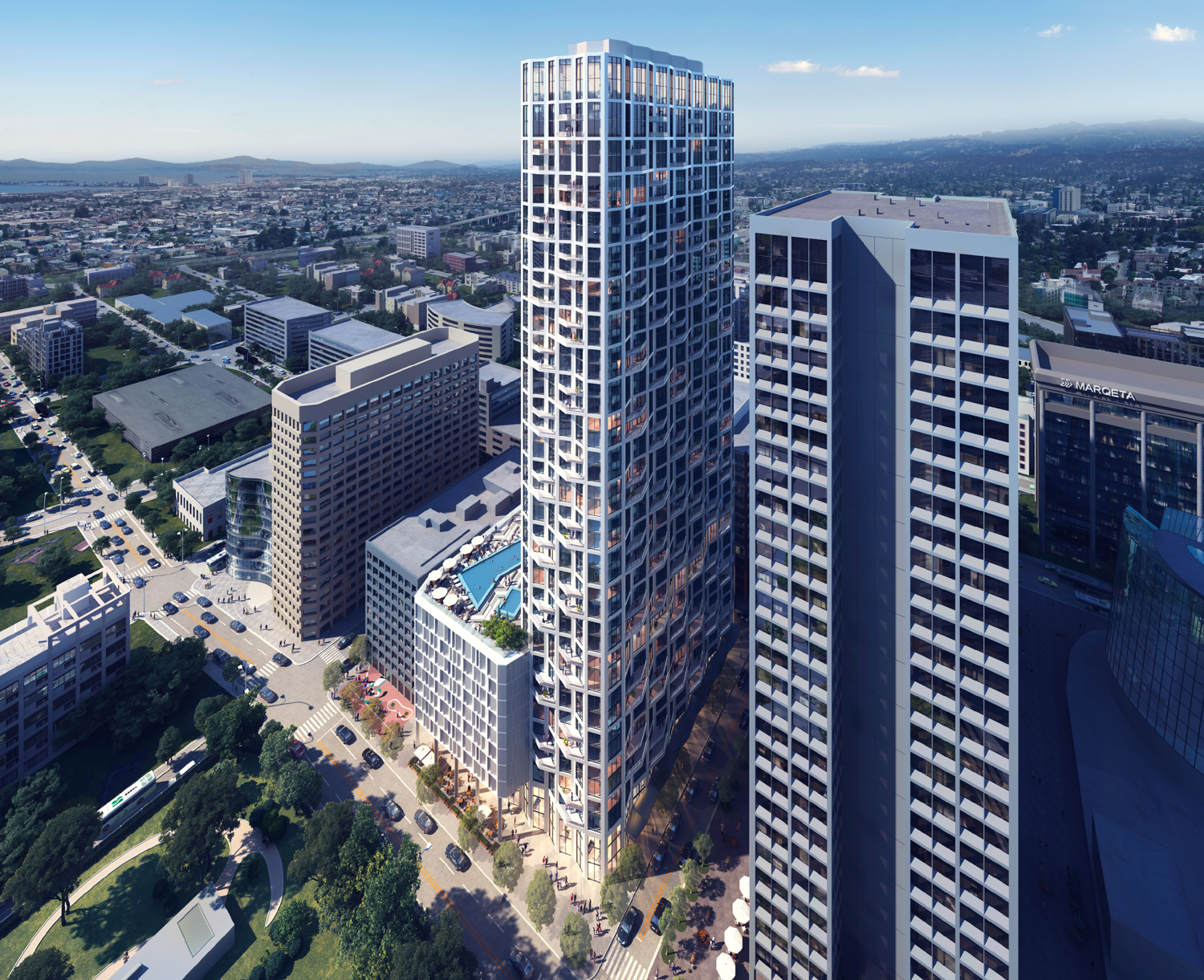 In a letter to the city, the project developer mentions that the proposed Town Tower iteration is similar in scale to the larger office iteration dubbed Two Kaiser Plaza proposed in 2017. While the smaller office plan would be 250 feet tall, the taller version peaked at 525 feet tall with 1.17 million square feet of floor area, parking for 360 cars, and ground-floor retail. Hathaway Dinwiddie was to be the general contractor.

Two Kaiser Plaza is the current tallest residential proposal in the Oakland pipeline and would be the tallest structure if completed today. However, the tallest proposal currently moving through the city’s approval process is 415 20th Street, a 622-foot office tower being developed by Hines, with design by Pickard Chilton. 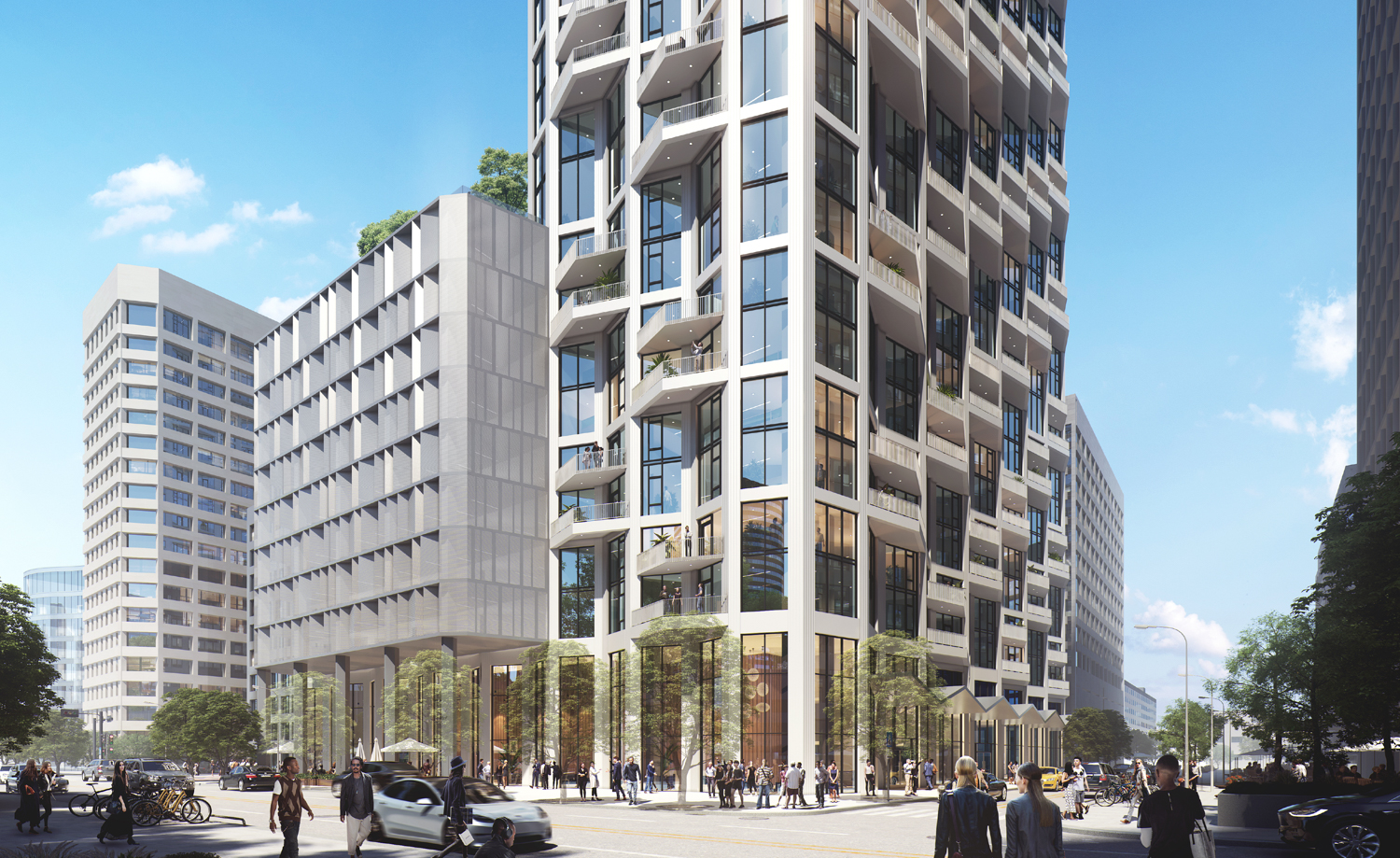 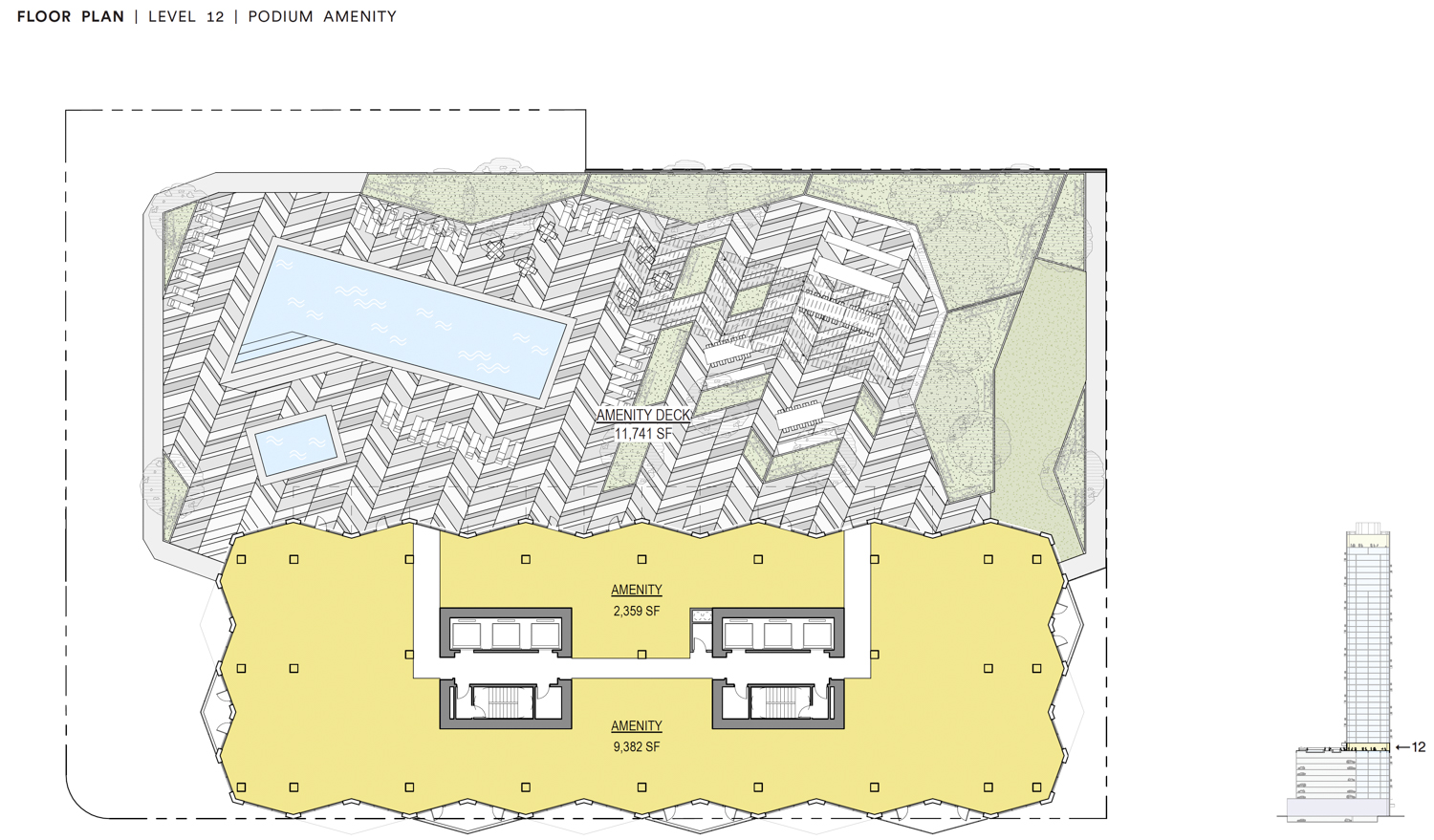 Behind 325 22nd Street, Tidewater Capital is floating two plans nearby at 1431 Franklin Street, which include a 410-foot office or a 413-foot residential tower. The project has undergone a myriad of design alterations, with the most recent version by Large Architecture revealed in early August of this year.

The existing 1.02-acre parcel serves as a surface parking lot bound by 21st Street, 22nd Street, and Webster Street. Vehicular access will be put along 22nd Street, which is already heavily used as a garage and service vehicle access point for the neighborhood. The pedestrian entrance would be along 21st Street, positioned closer to Broadway and the 19th Street BART Entrance.

CIM Group hopes the pre-application will gain protection from Senate Bill 330, the Housing Crisis Act of 2019, which streamlines project approval related to zoning, design, subdivision, and fee requirements. Concessions have been requested for open space requirements. The project achieves a 20% density bonus above base zoning. 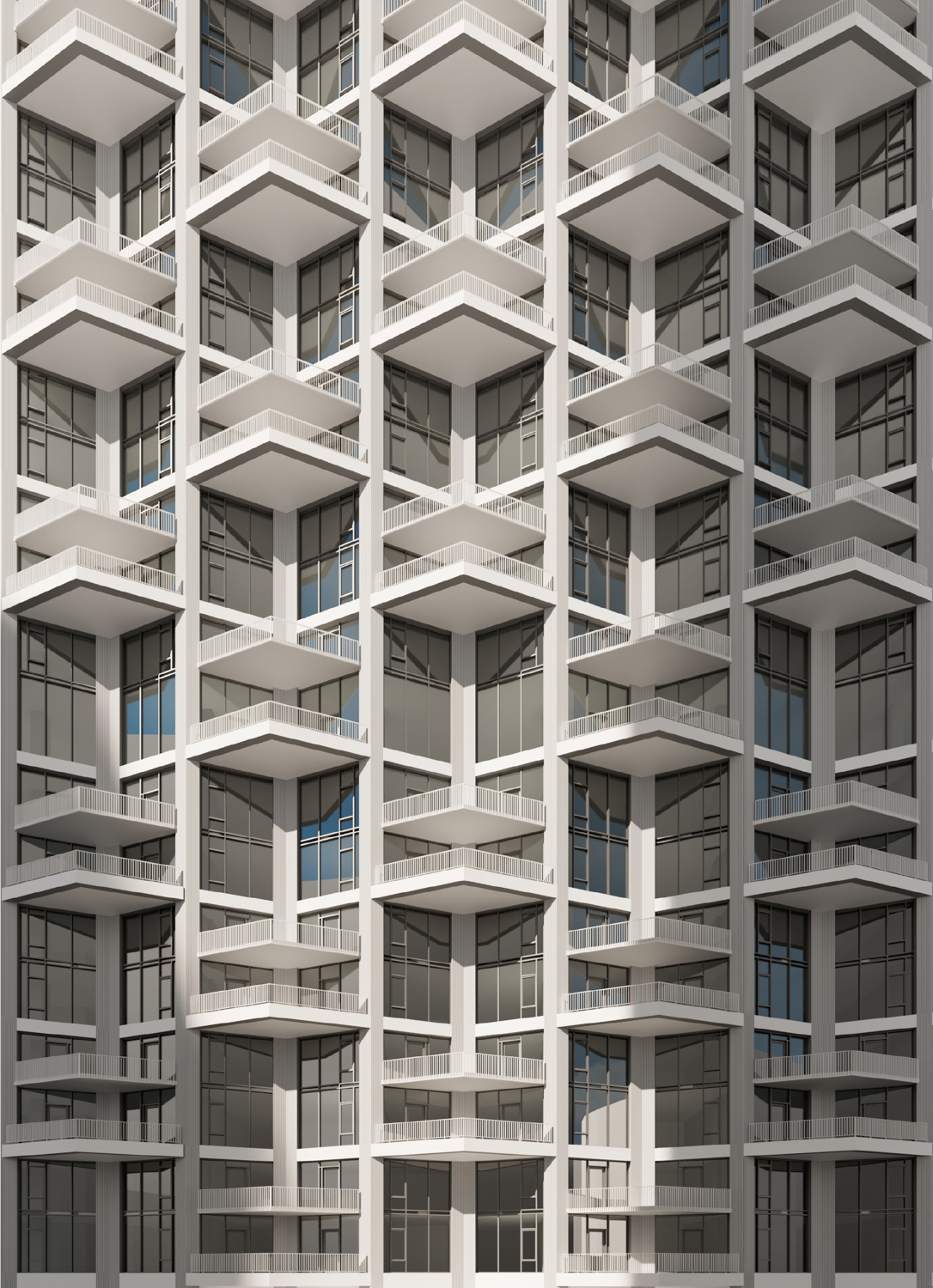 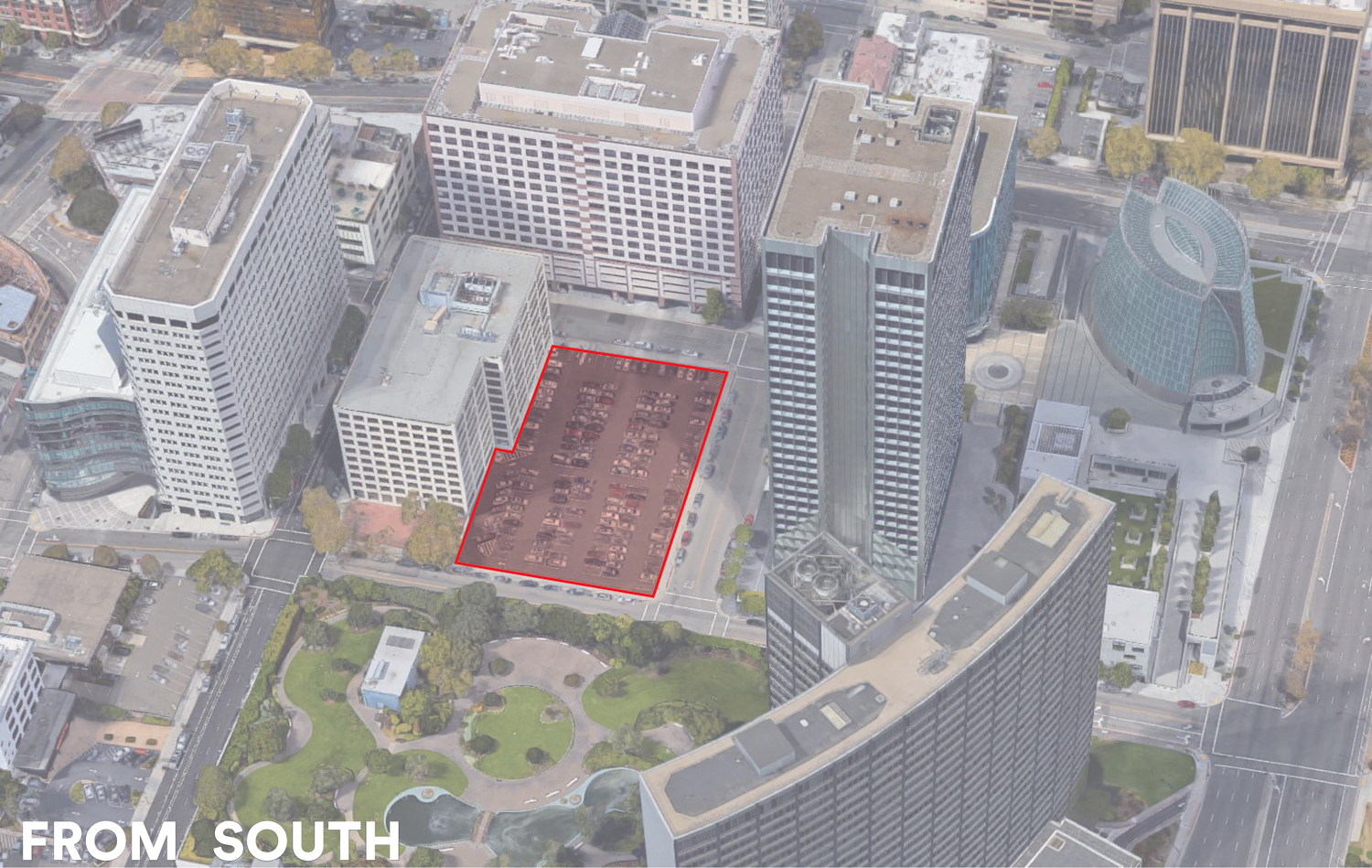 Closing the letter to the city, CIM Vice President Sean Buran writes, “we look forward to working with the Planning and Building Department to make this project successful.” YIMBY reached out to Buran with a request for comment late last night and will update the article if we receive a reply.