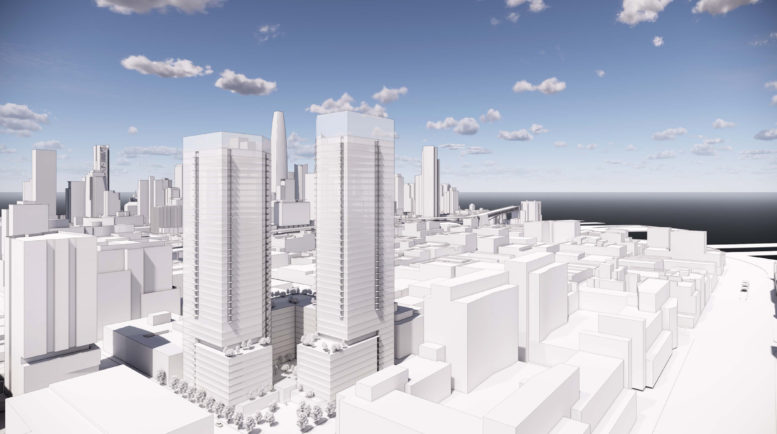 Reduced plans have been filed for the two-tower residential proposal at 655 4th Street, located across from the Caltrain Station in SoMa, San Francisco. Since the initial application this summer, the project capacity has shrunk from 1,148 to 1,096 units. Massing for the two towers has also shifted, with one now taller than the other. Architectural details remain undepicted with massing illustrations drafted by Solomon Cordwell Buenz, though the firm has published some revealing comments from the design review findings. 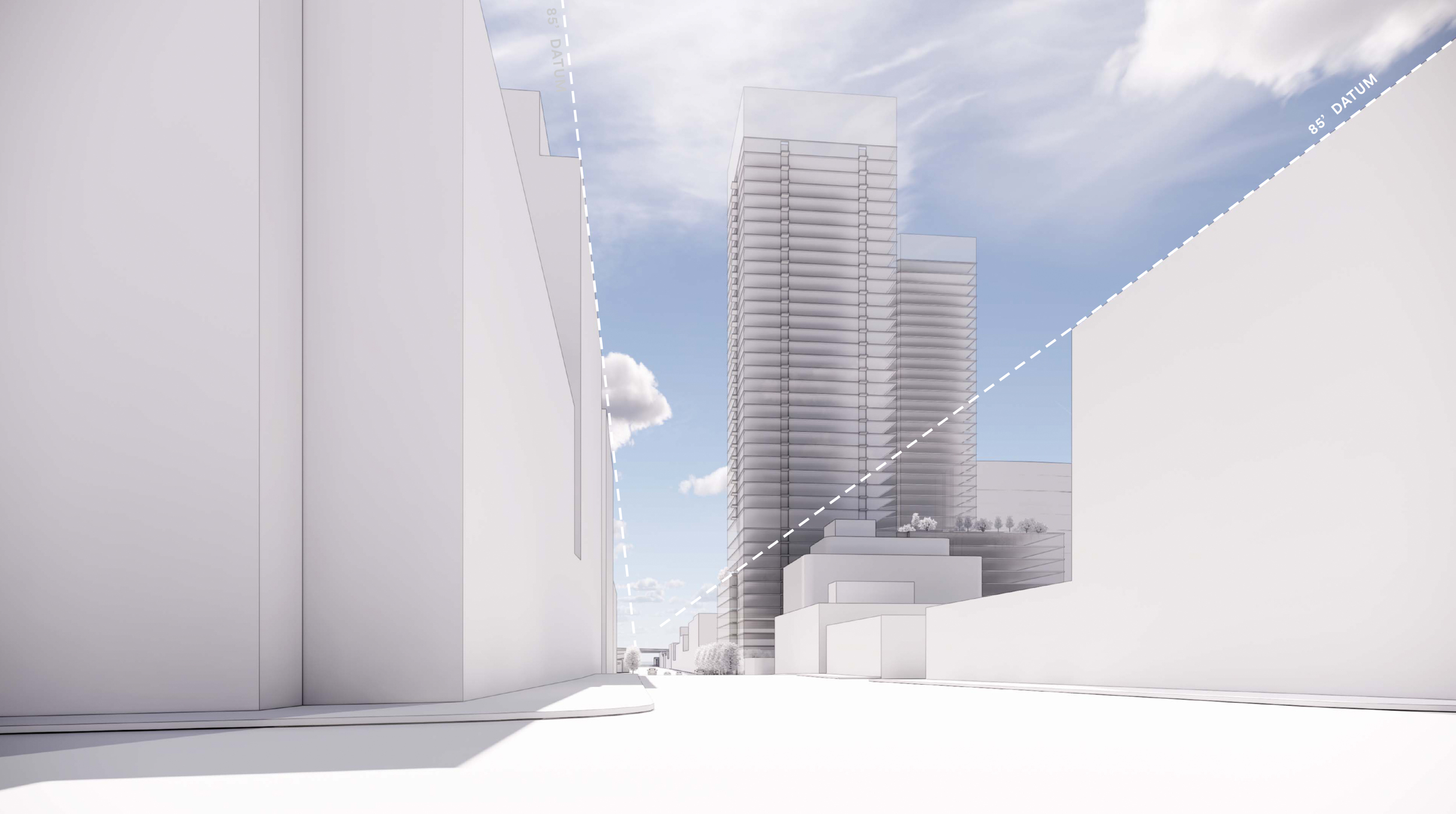 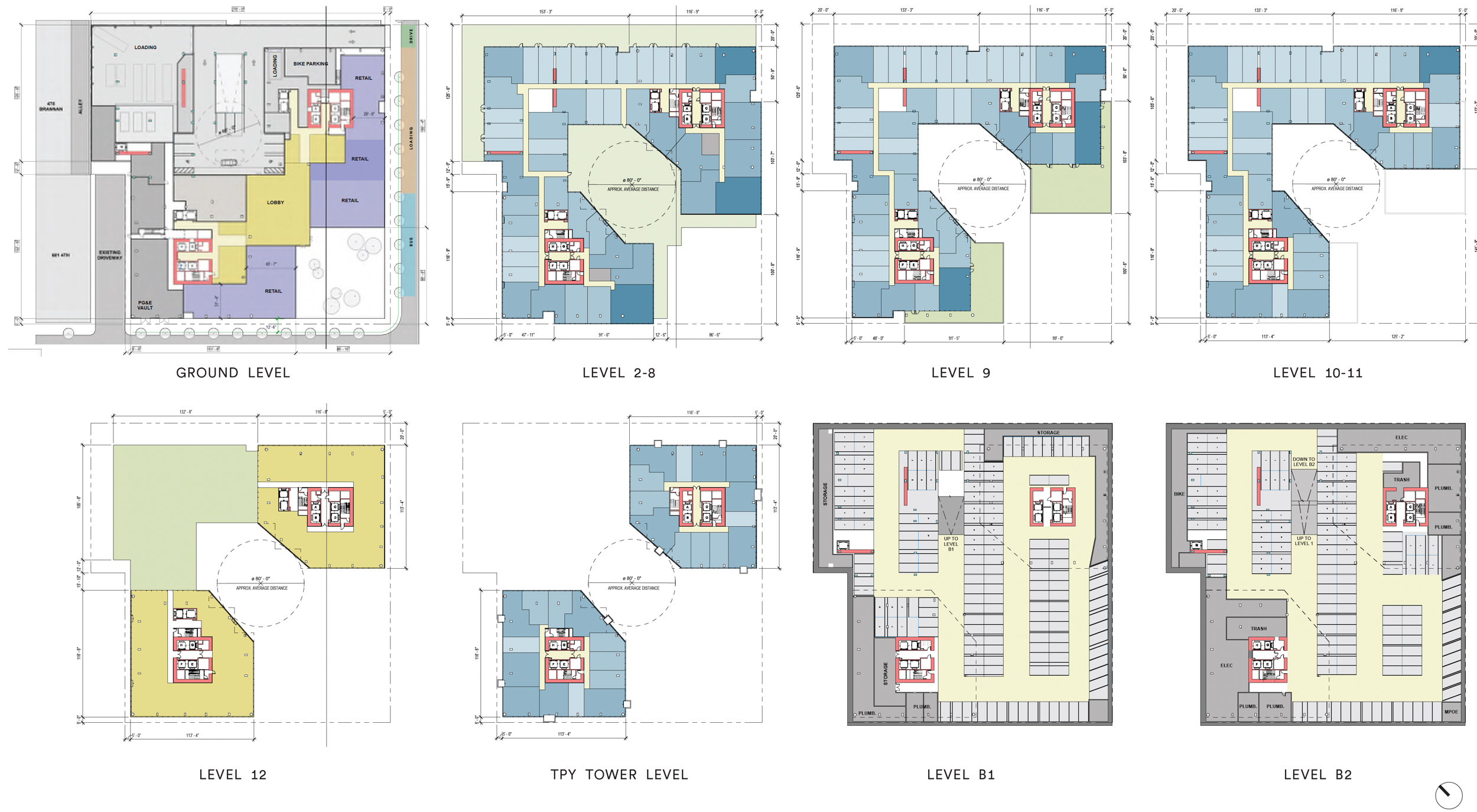 Tishman Speyer is the project developer. The project was first filed in 2015, with a unique multi-tower project with 960 apartments by Bjarke Ingels Group and Adamson Associates.

Solomon Cordwell Buenz is the architect for 655 4th Street. According to the project application, the revised architectural design “aims at blending the classic SOMA warehouse with a tower typology, reflecting its location at the edge of the Central SOMA Plan and adjacent to Mission Bay.” While this information is not yet translated to the renderings, the design review findings suggest an architectural juxtaposition similar to what Stanton Architecture has proposed for 130 Townsend Street. 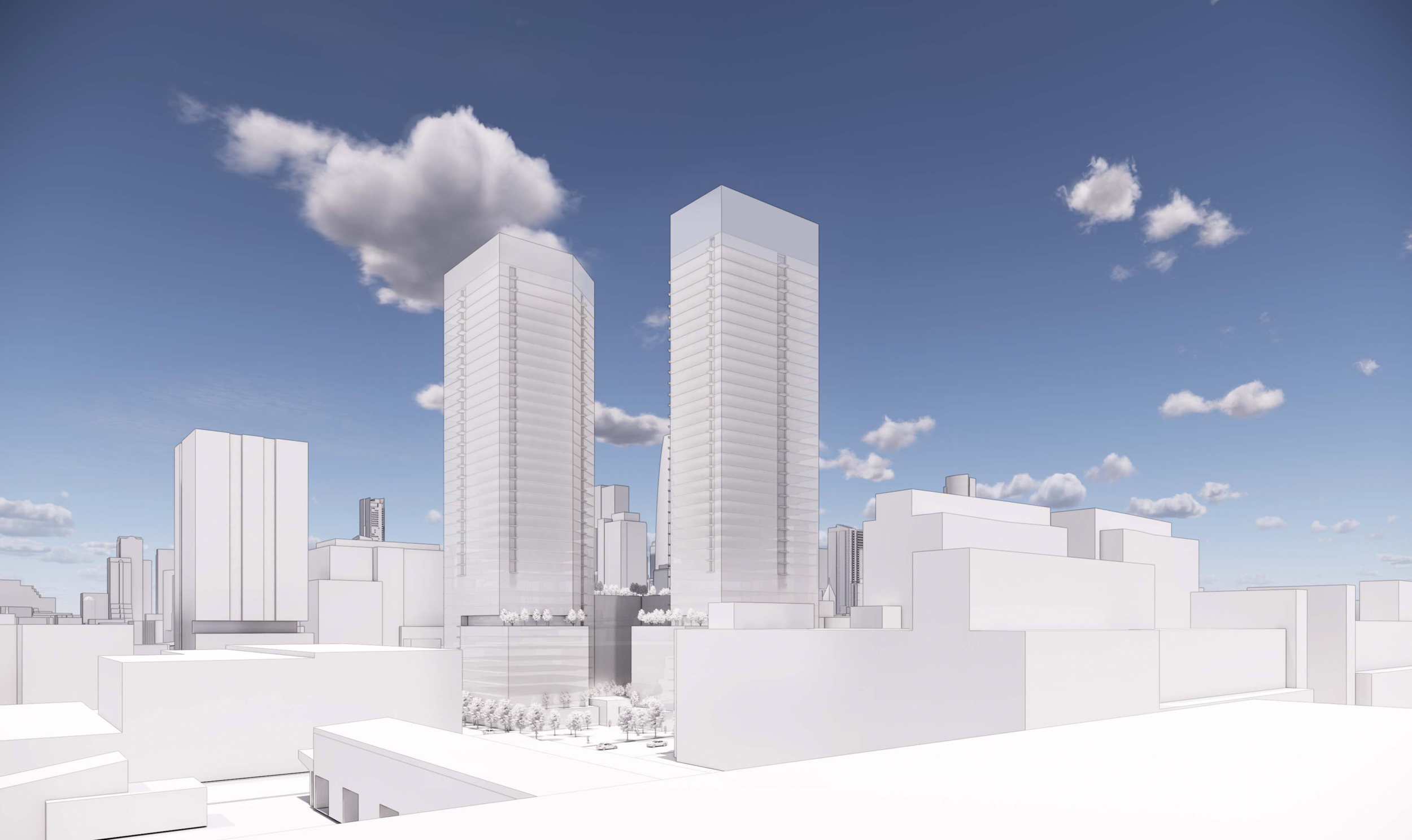 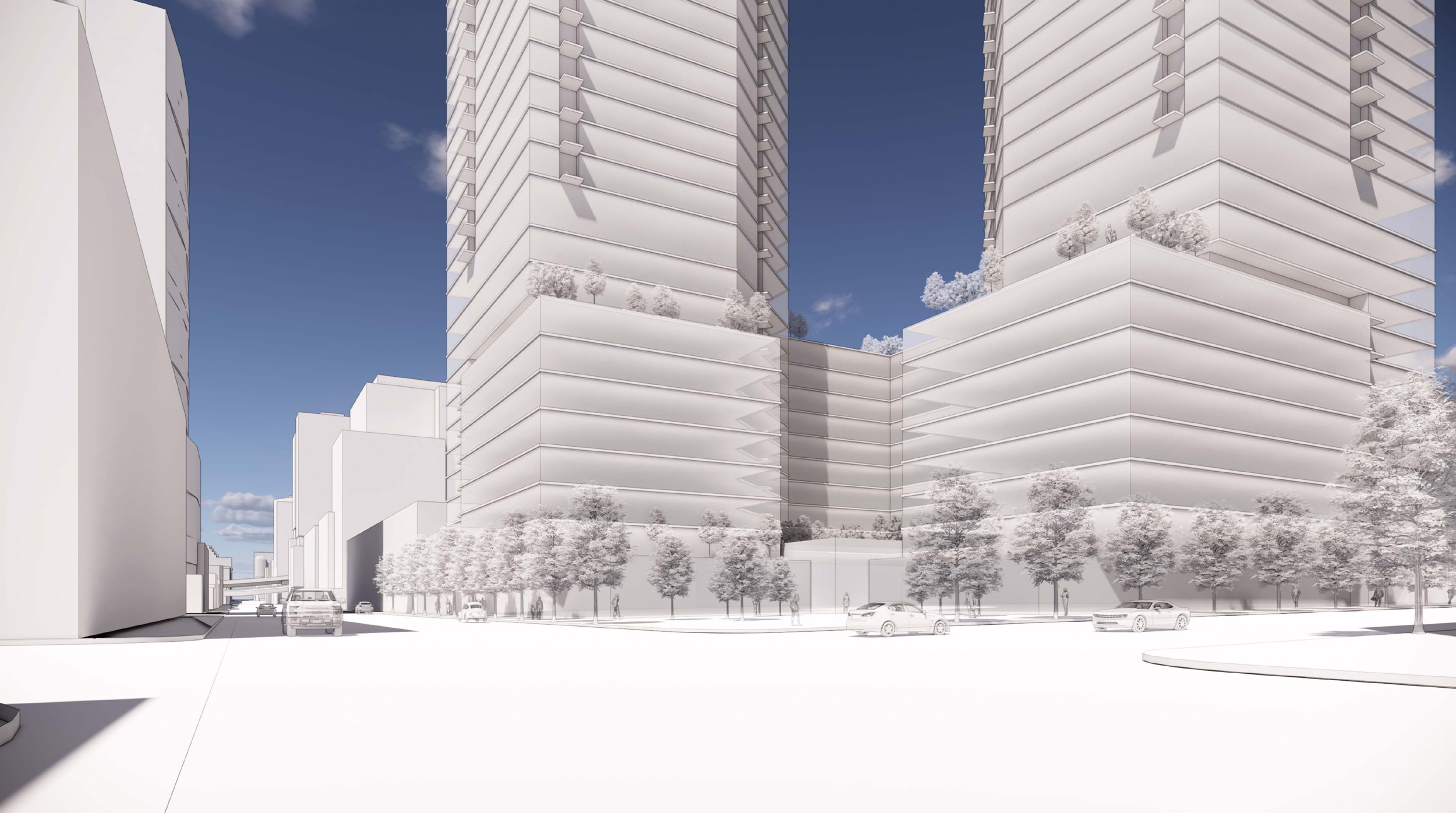 The documents go on to share that “the [podium building’s] façade is intended to be a more solid cementitious material with recessed glazing to relate to SOMA’s brick & mortar warehouse construction. The towers’ appearance will be more reflective of the urban skyline, and will be differentiated using texture and/or color.”

The initial project release in August was met with misplaced backlash regarding the project design. To be clear, Solomon Cordwell Buenz and Tishman Speyer have not released a realistic rendering or illustration of the project design. What has been published is a preliminary massing scale to demonstrate how the tower will appear in the city skyline. The grey-box images do not illustrate the proposed design. 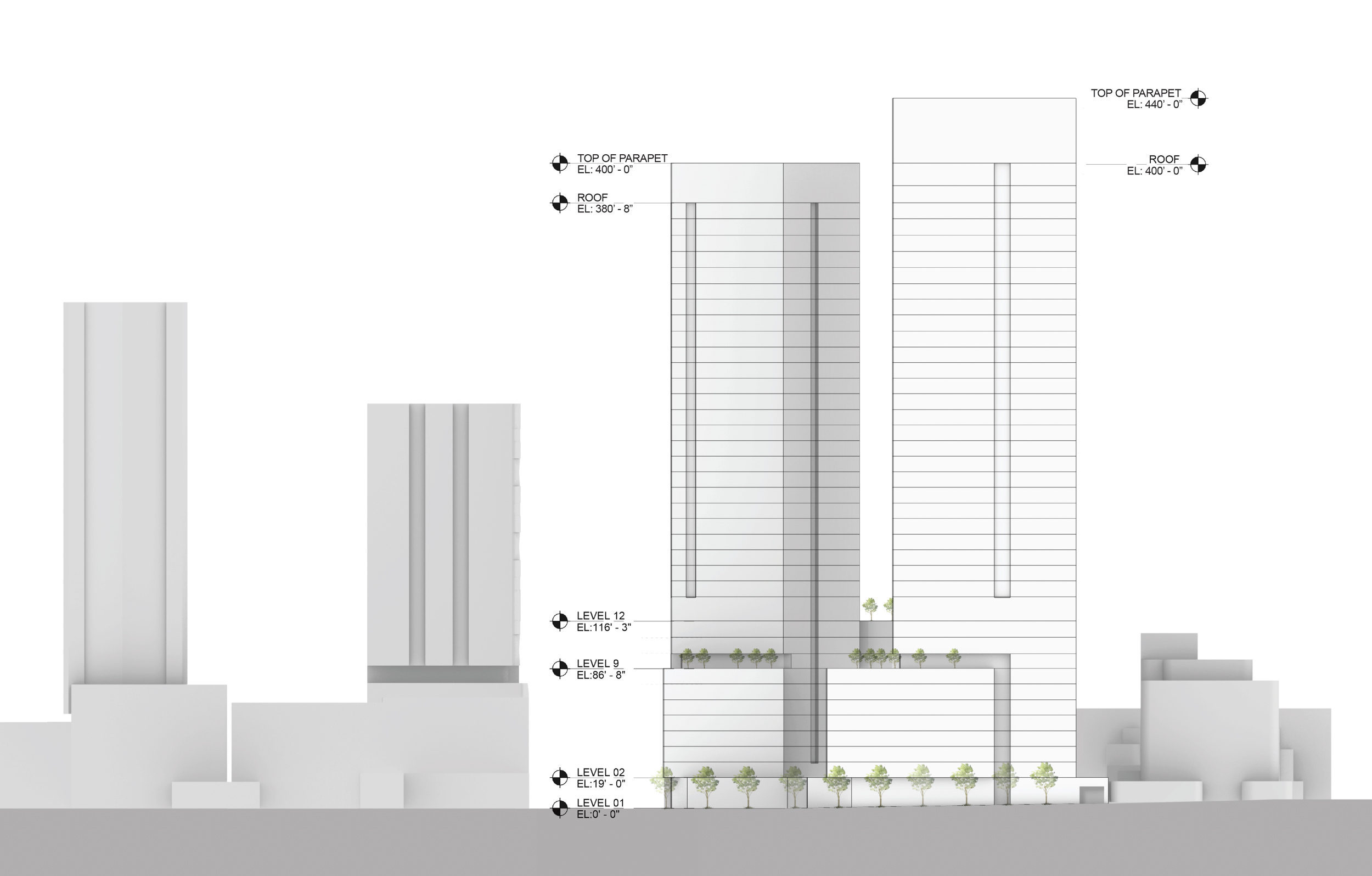 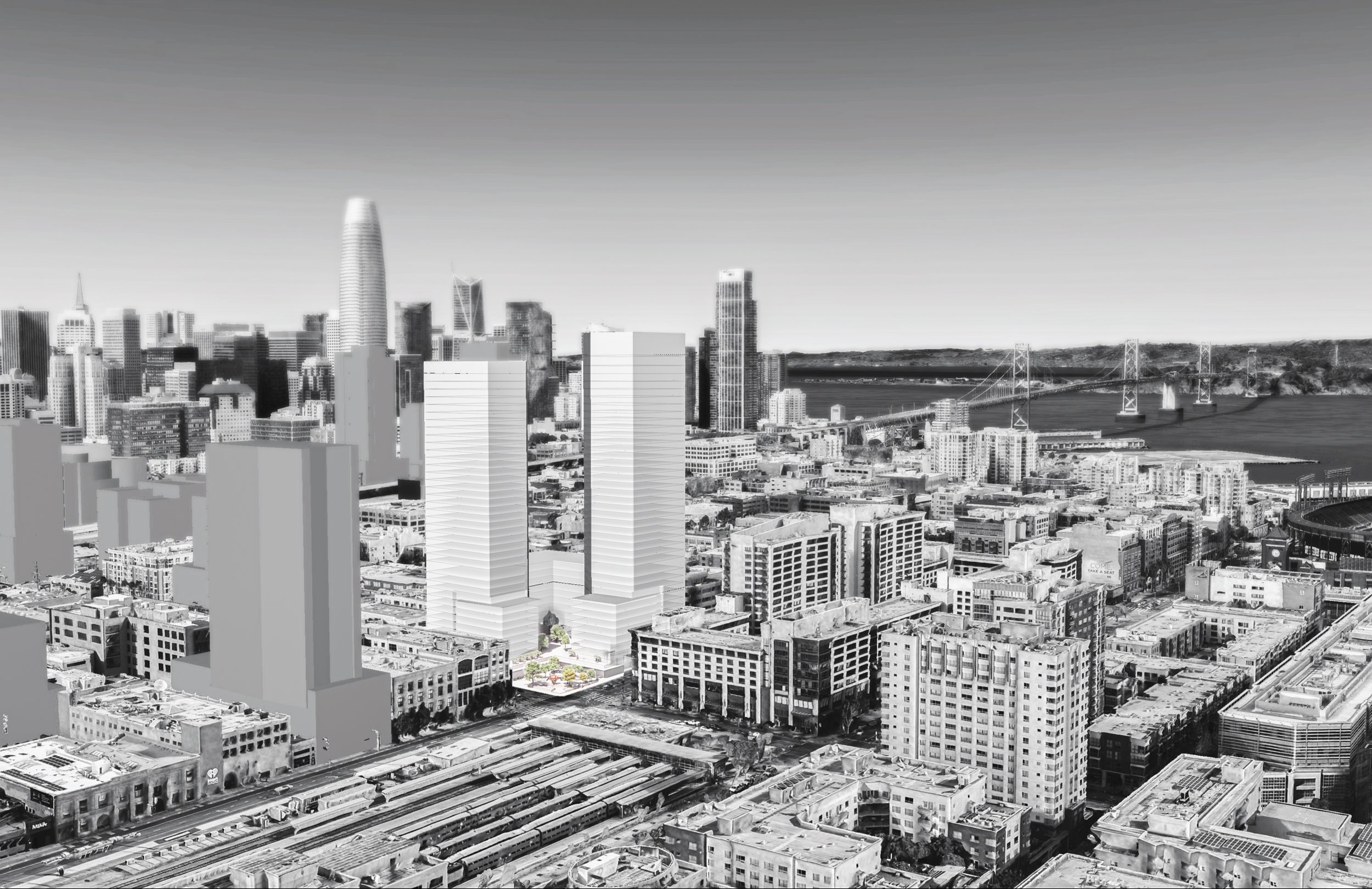 The development will sit on top of an eight- to eleven-story podium building with 436 apartments and a 22,000 square feet amenity deck on the 11th floor. The amenity deck will connect between the podium and the tower bases with a fitness center, pet care, spa facility, music room, gaming center, and maker space.

Tower A will be closer to 4th Street, being the shorter tower with 37 floors rising 400 feet high with 317,460 square feet of residential space for 317 units. Tower B will be closer to Townsend Street, rising 39 floors with a rooftop height of 440 feet. The structure will yield 341,950 square feet for 343 apartments. 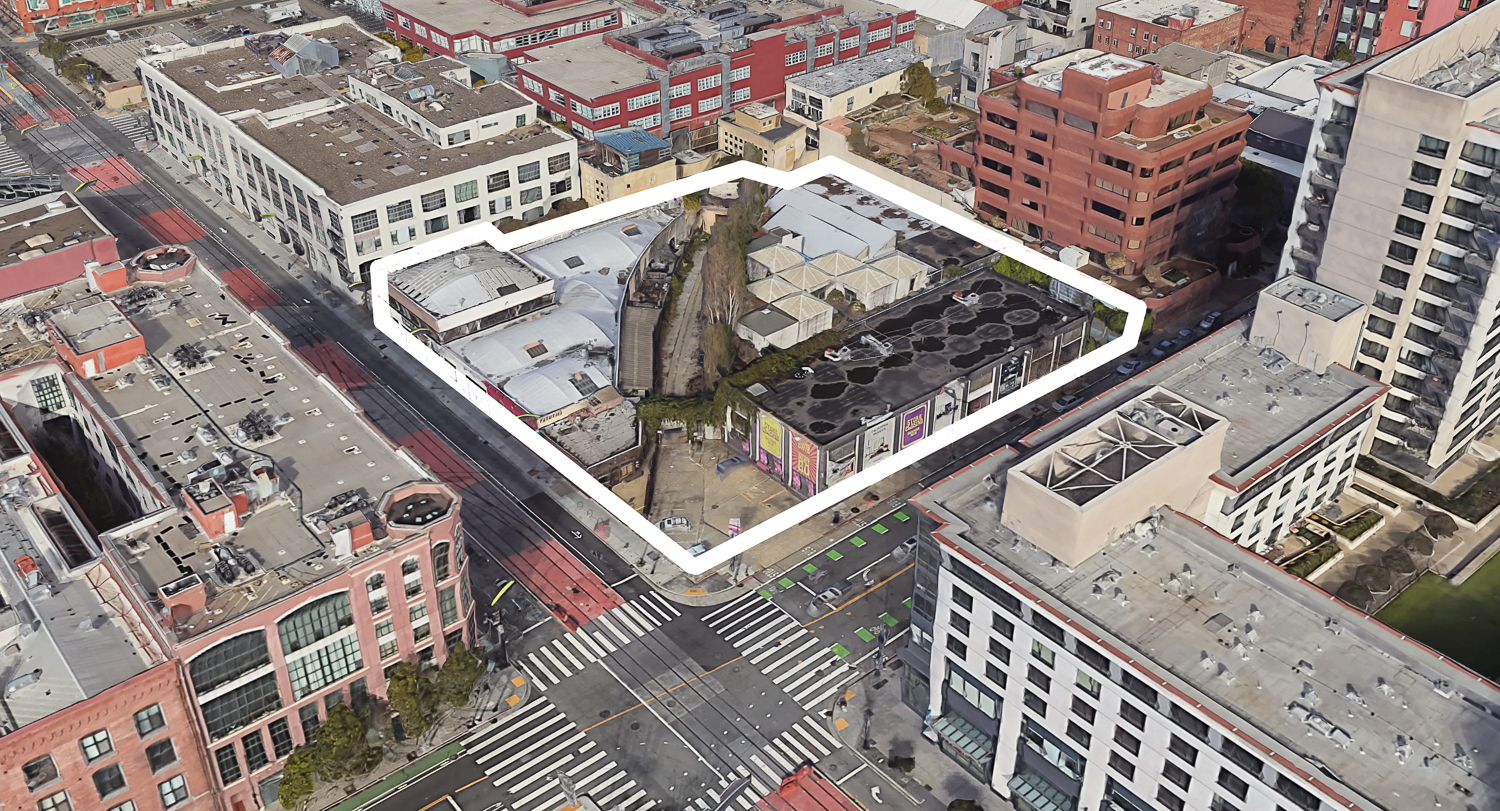 The estimated construction cost and timeline have not yet been revealed. The project team has not yet replied to a request for comment from YIMBY sent last night.