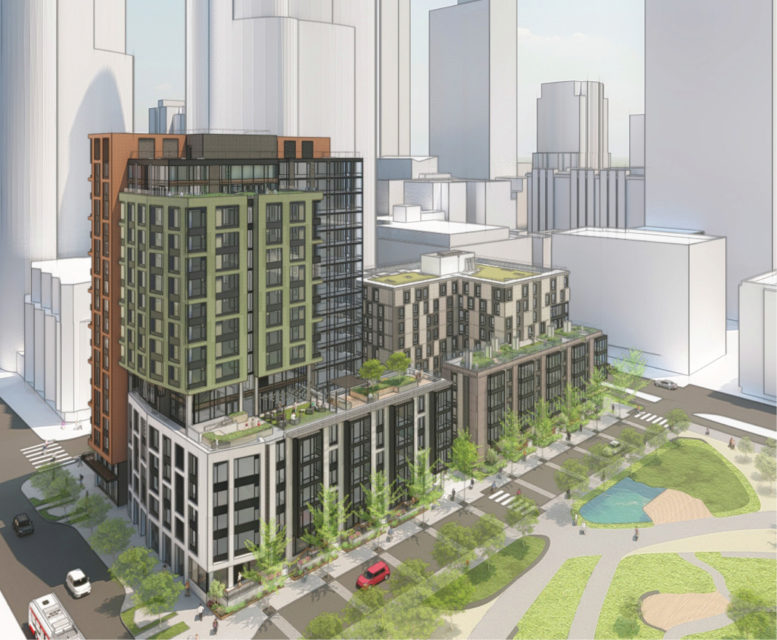 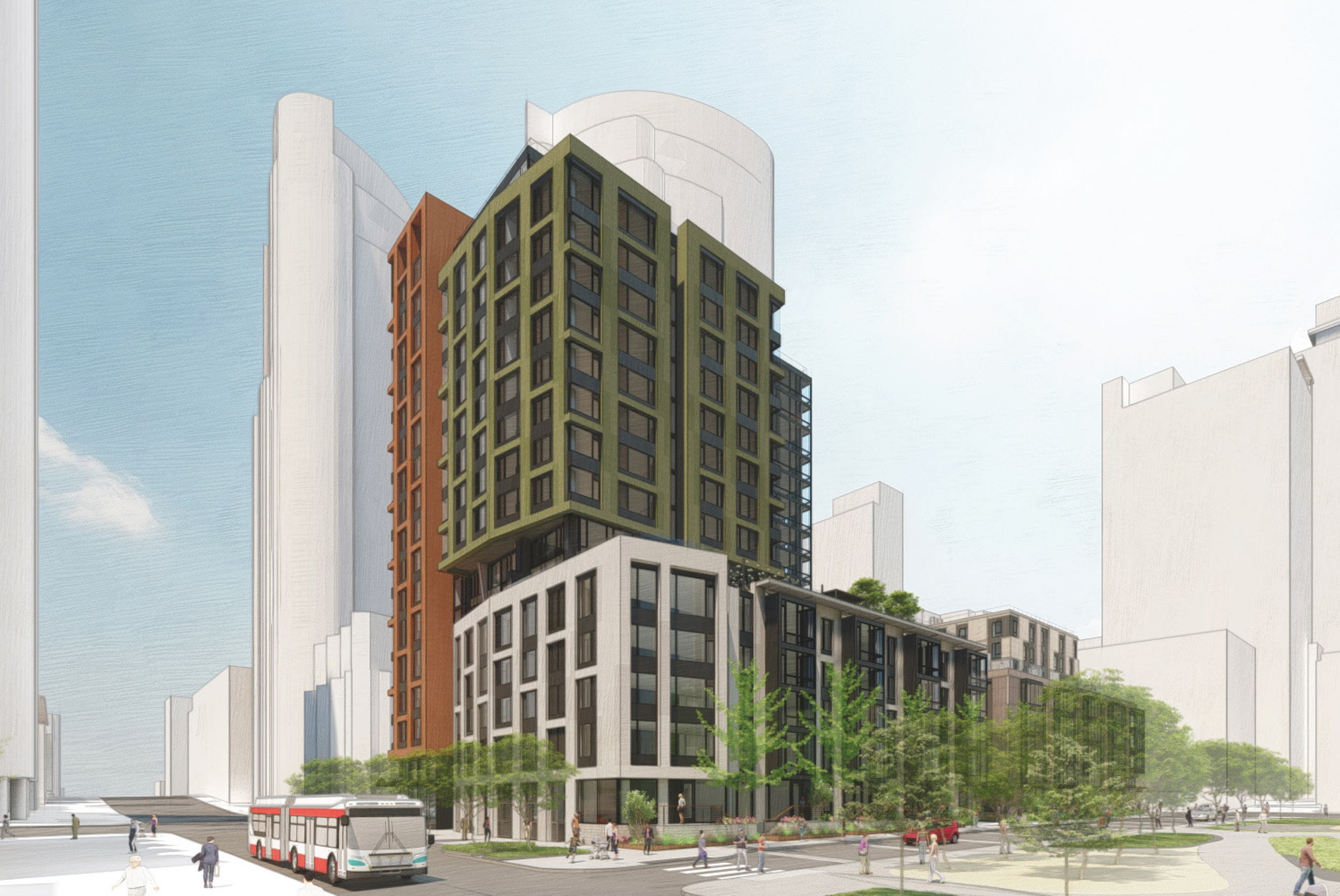 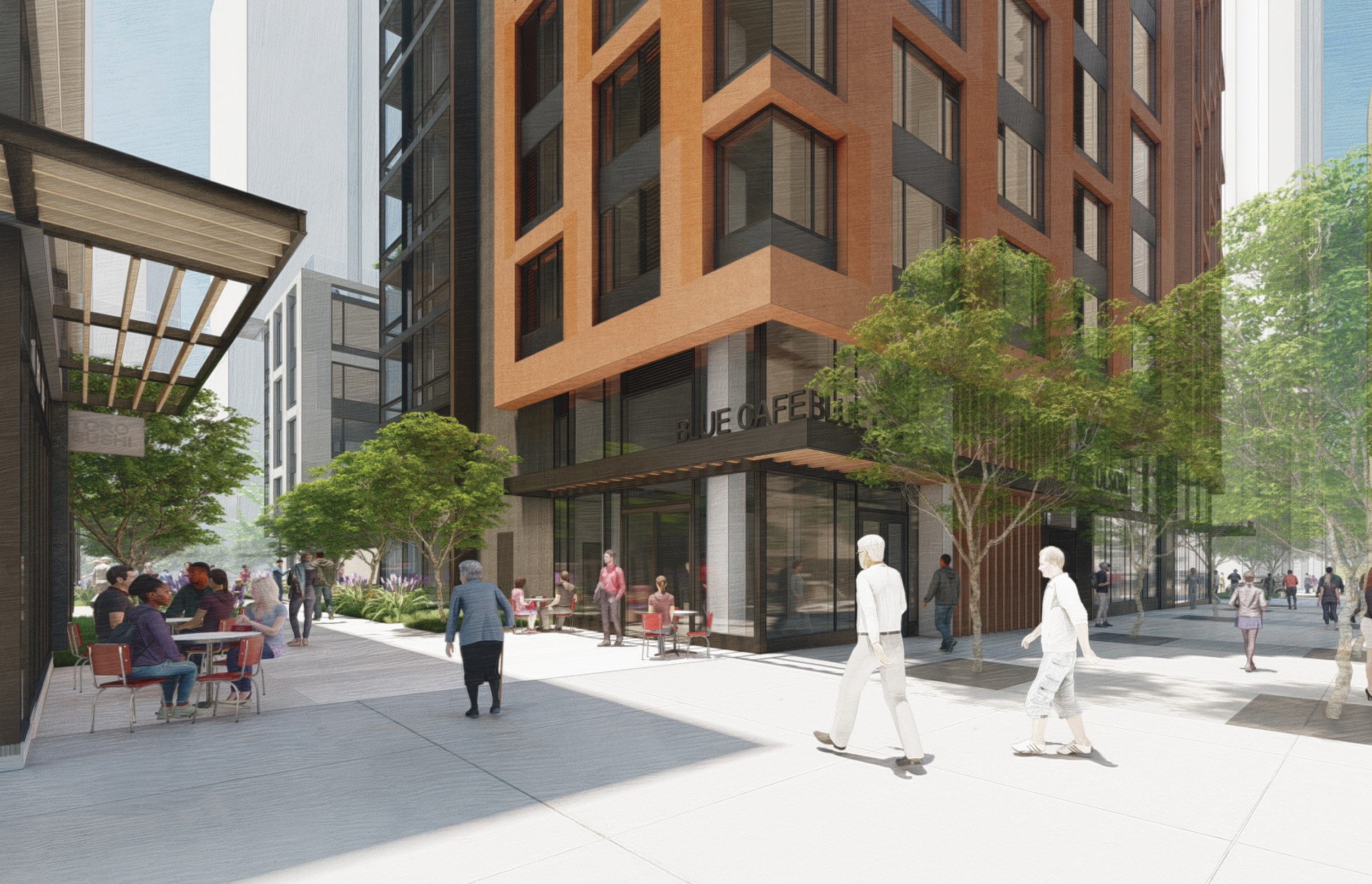 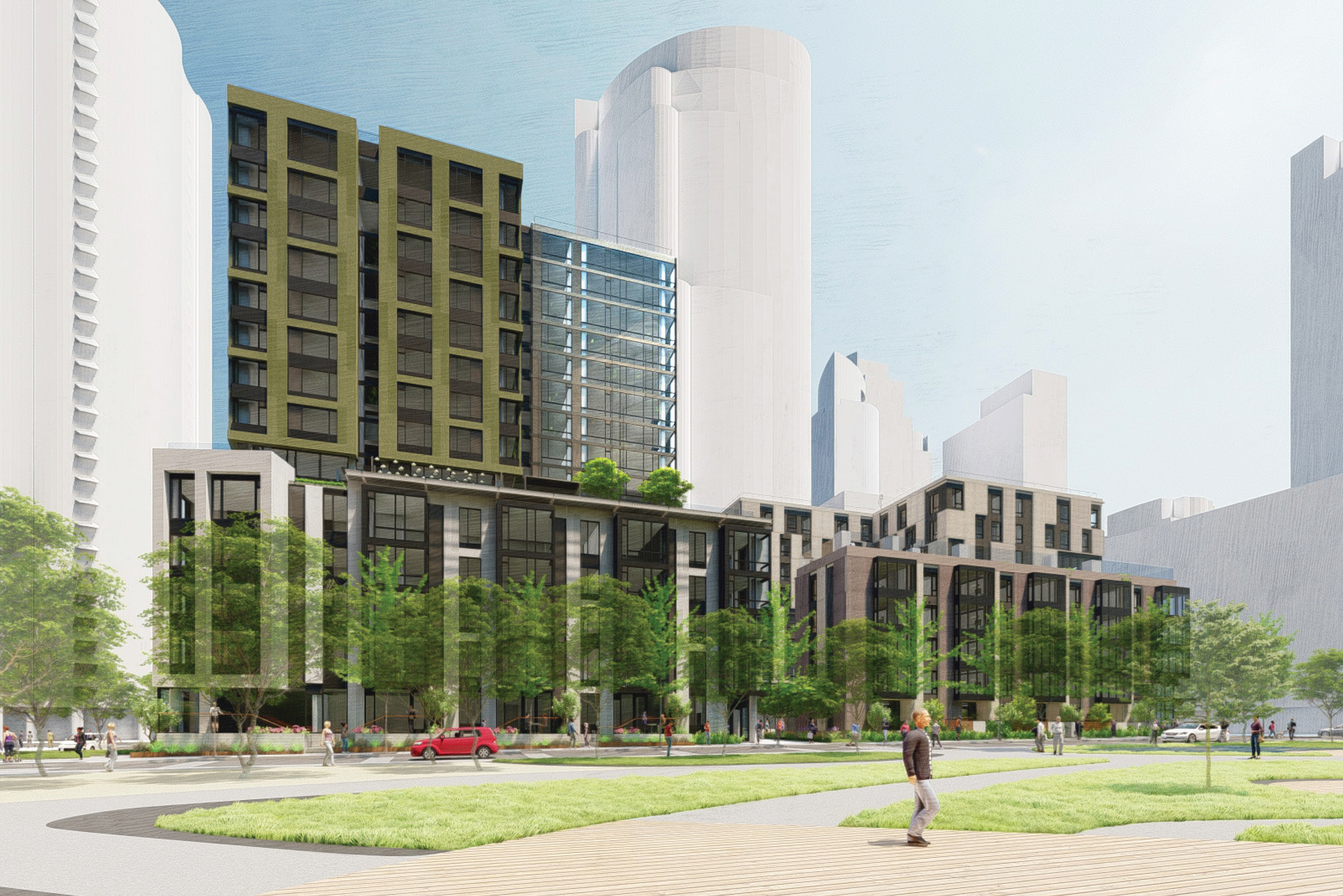 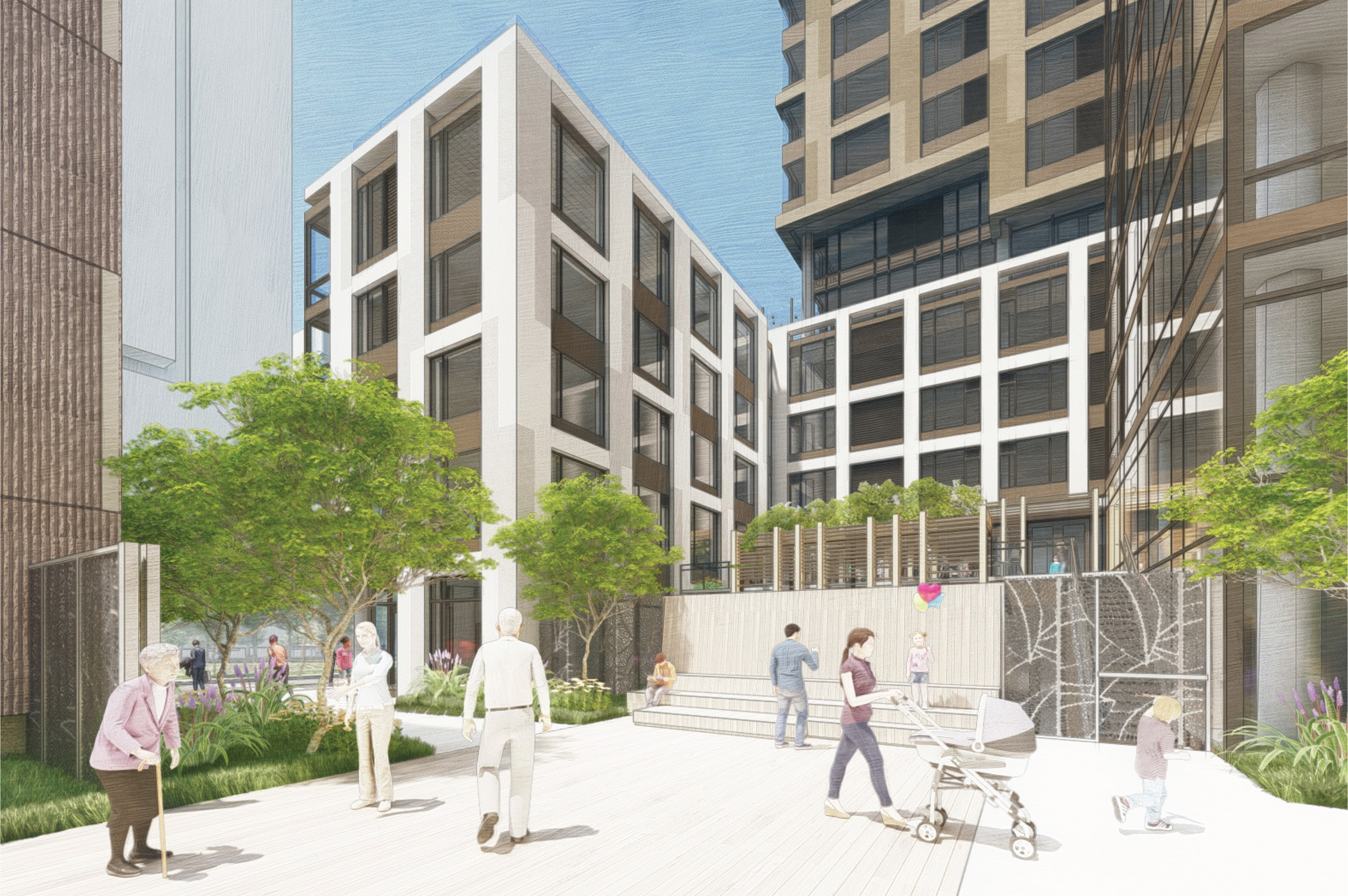 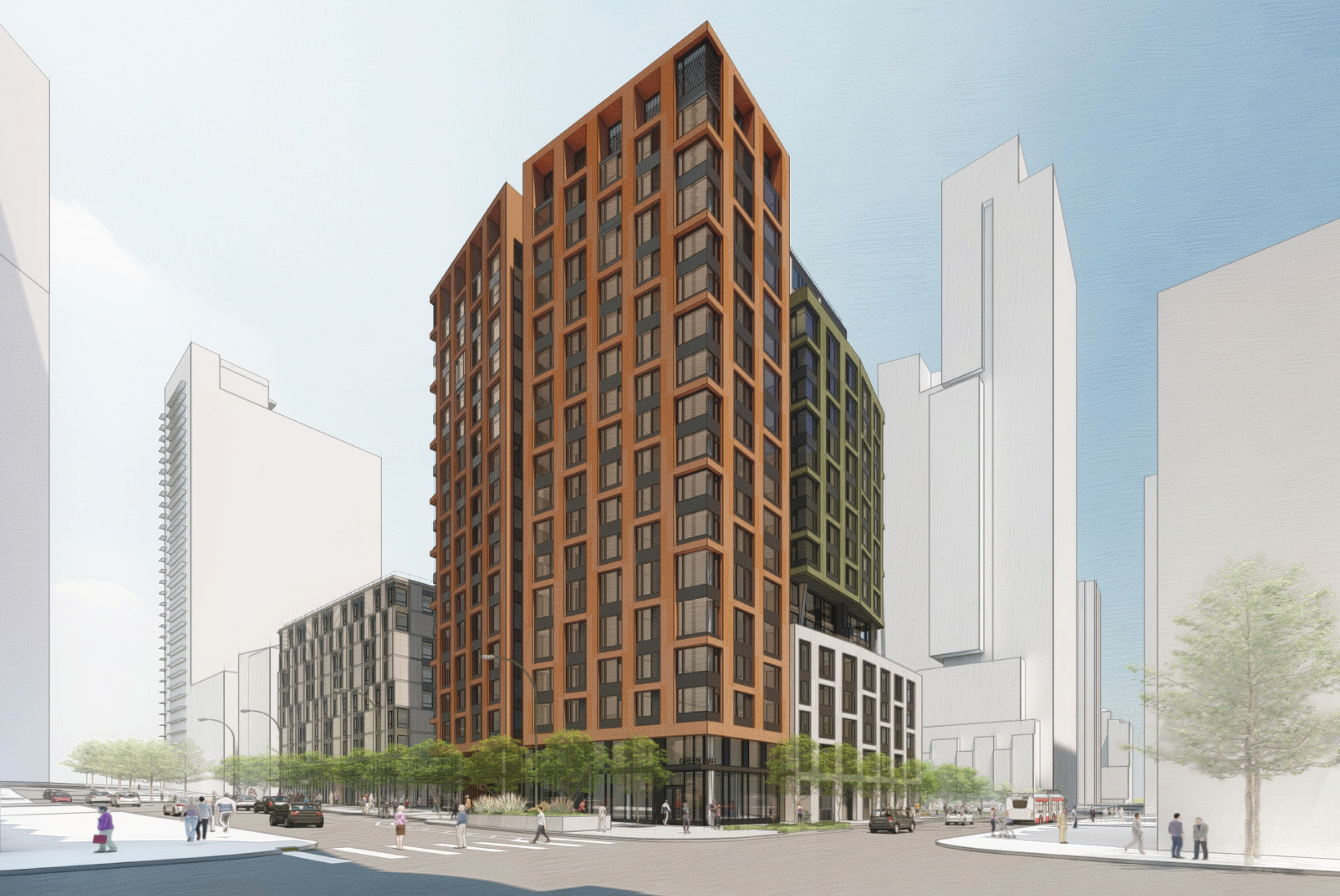 The homes will offer a range of affordability for households earning 20% to 80% of the Area Median Income. Unit sizes will vary, with 17 studios, 76 one-bedrooms, 54 two-bedrooms, and 37 three-bedrooms.

Kennerly Architecture & Planning is responsible for the design, with Y.A. Studios as the associate architect. For the facade’s material, the studio takes inspiration from Hills Bros. Coffee Plant along the Embarcadero, completed in 1878. The overall massing, by contrast, looks to the Crown Zellerbach Building designed by SOM in 1959, the first modernist curtainwall building in the city.

Illustrations show a granite grid rising from above the curtainwall retail base at the corner of Folsom and Main Street up to the 17-story pinnacle. From the highrise pinnacle facing Folsom, the structure is tapered down from 17 to 15, culminating in a five-story front facing the Block 3 park.

The general contractor position for Block 2 will be a joint venture with Swinerton and Rubecon General Contracting. Regency will be the construction manager. Luk & Associates is the civil engineer, Plural is the landscape architect, and DCI is the structural engineer. 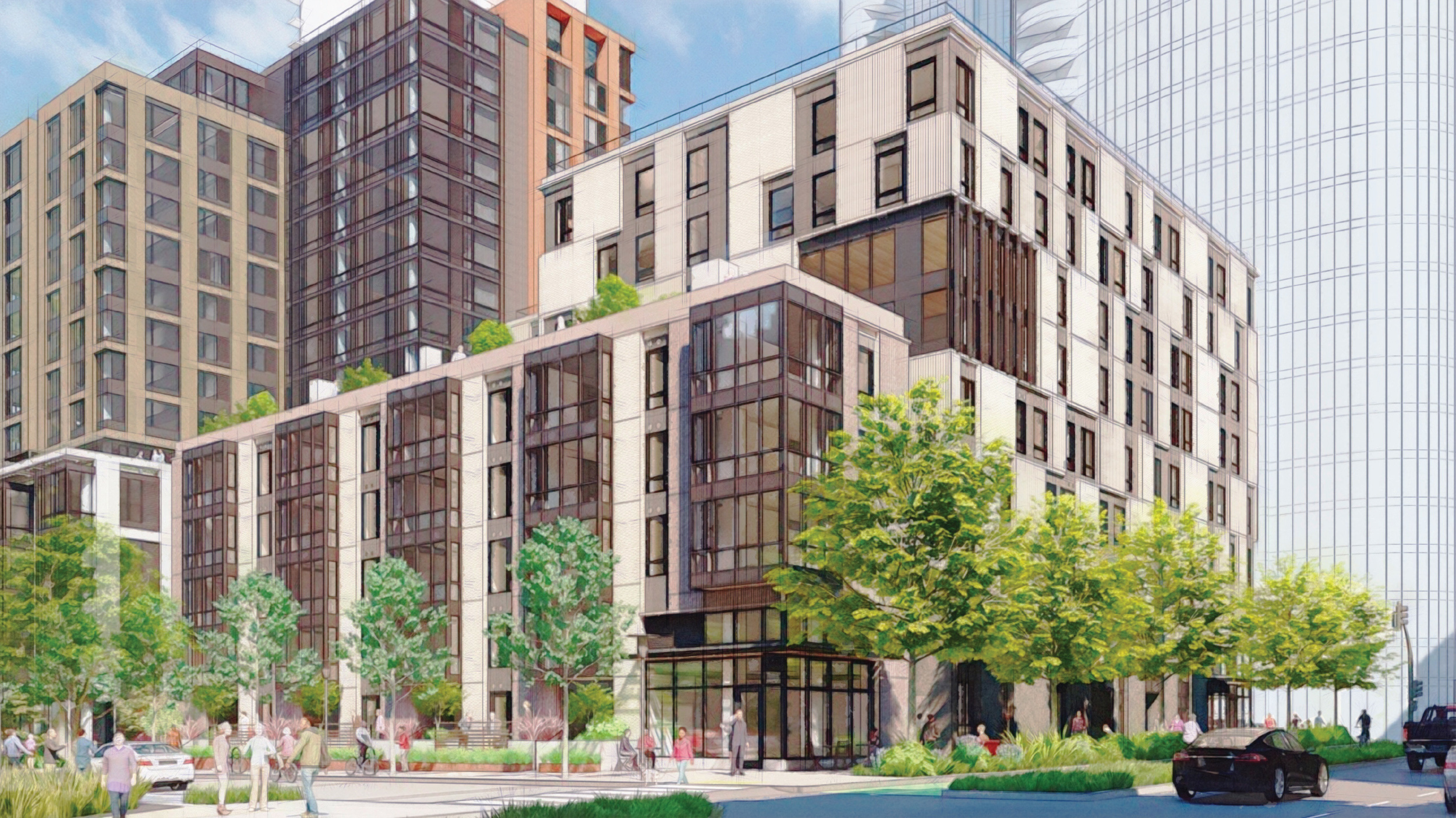 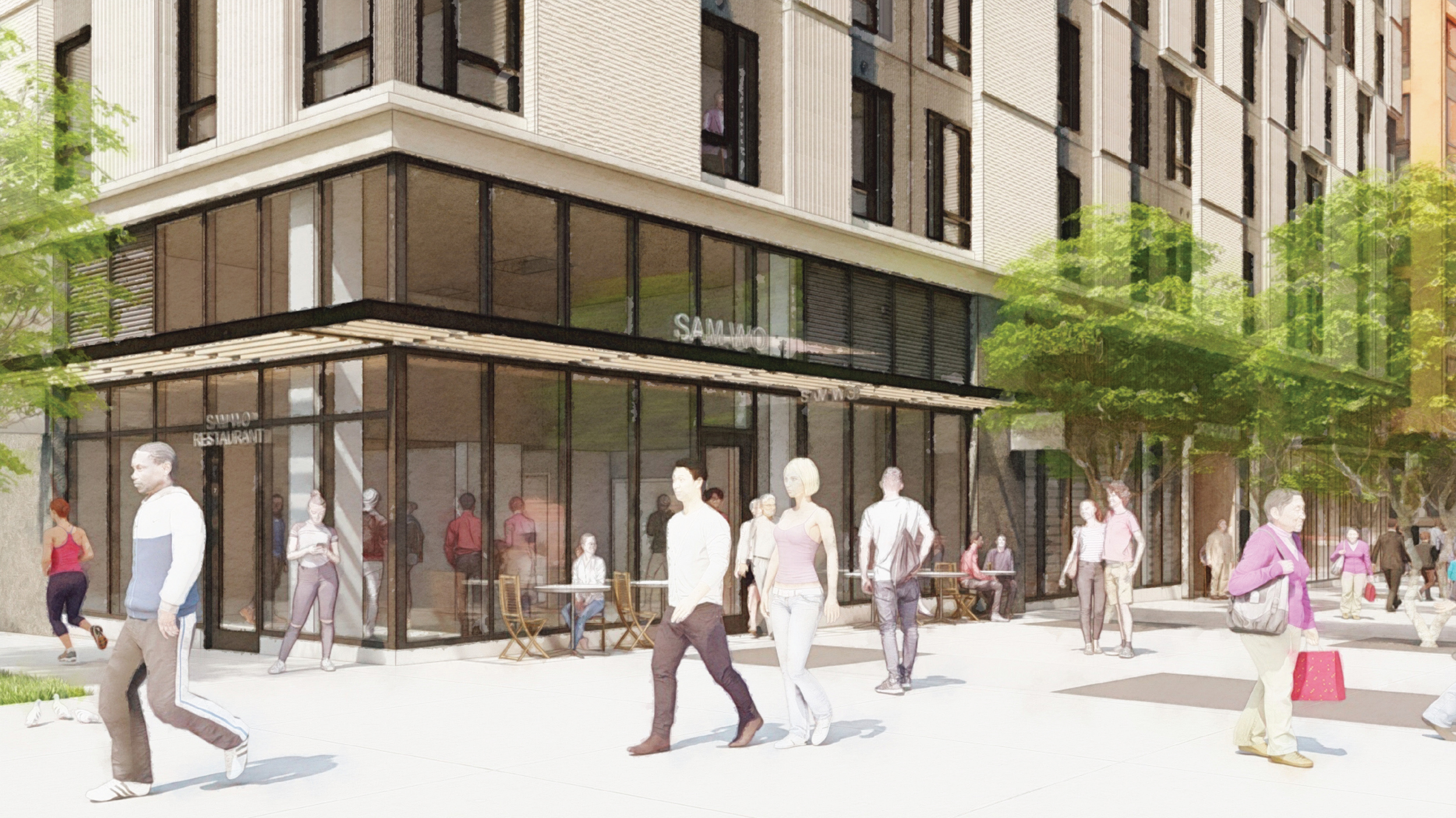 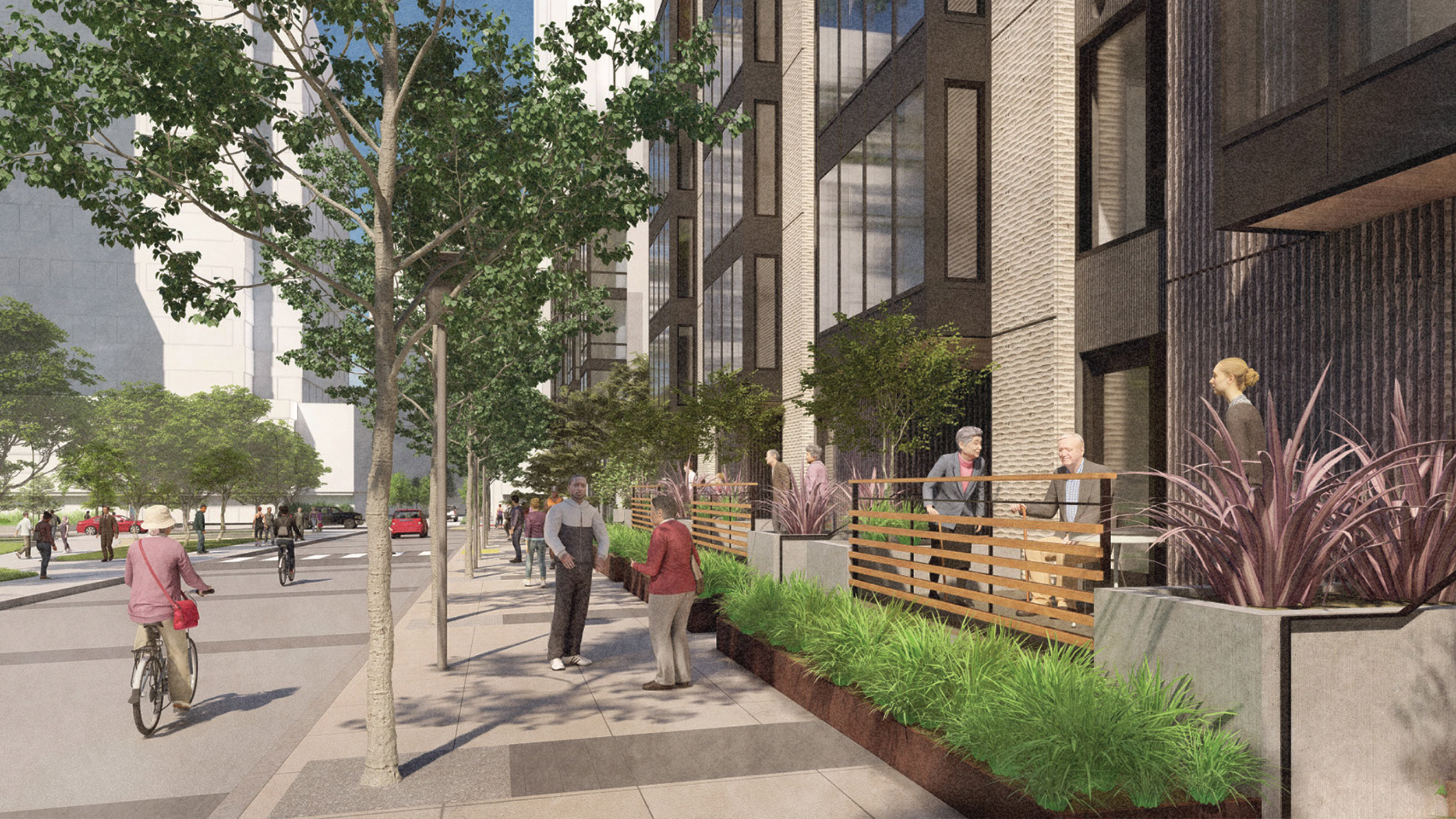 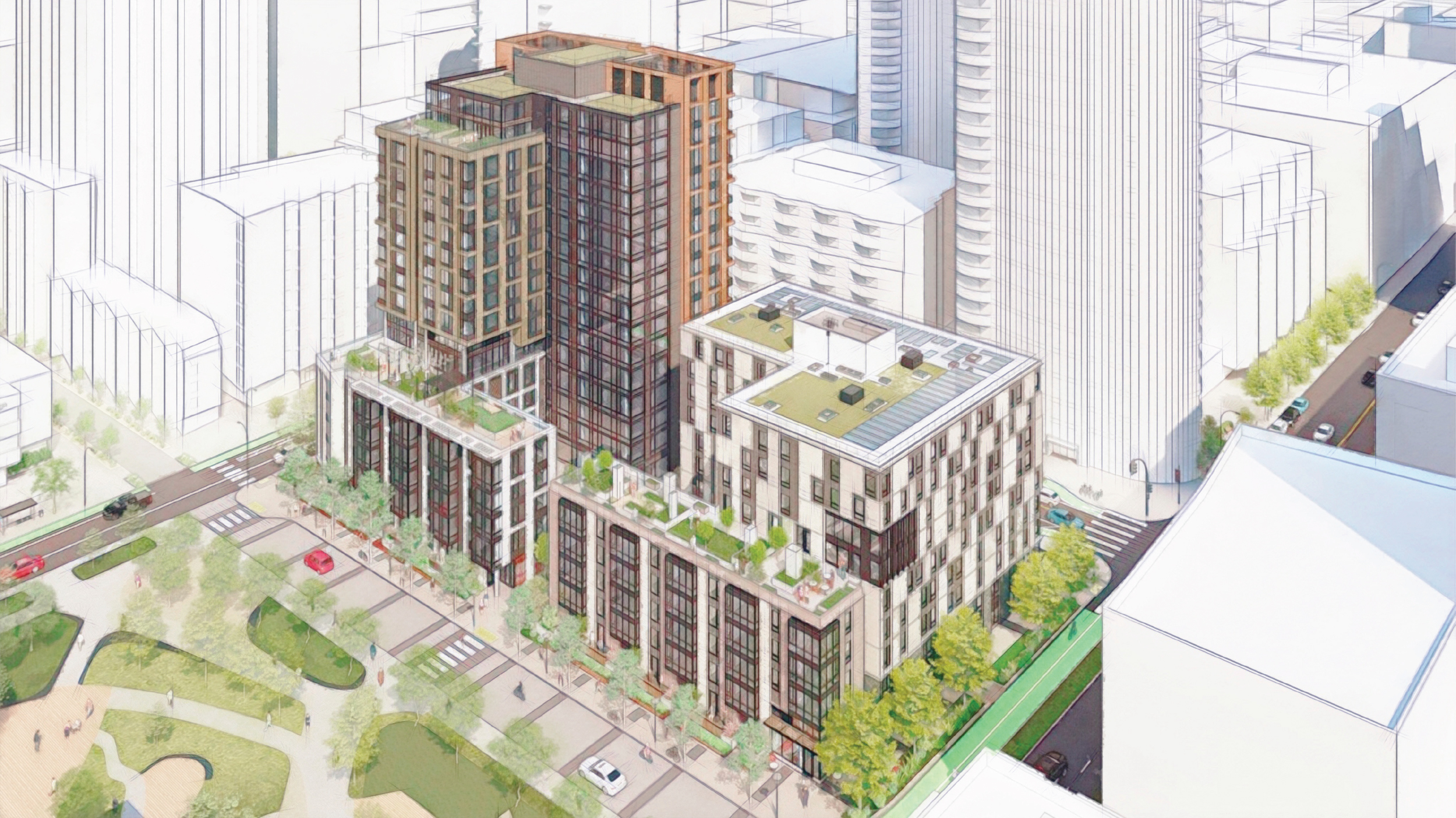 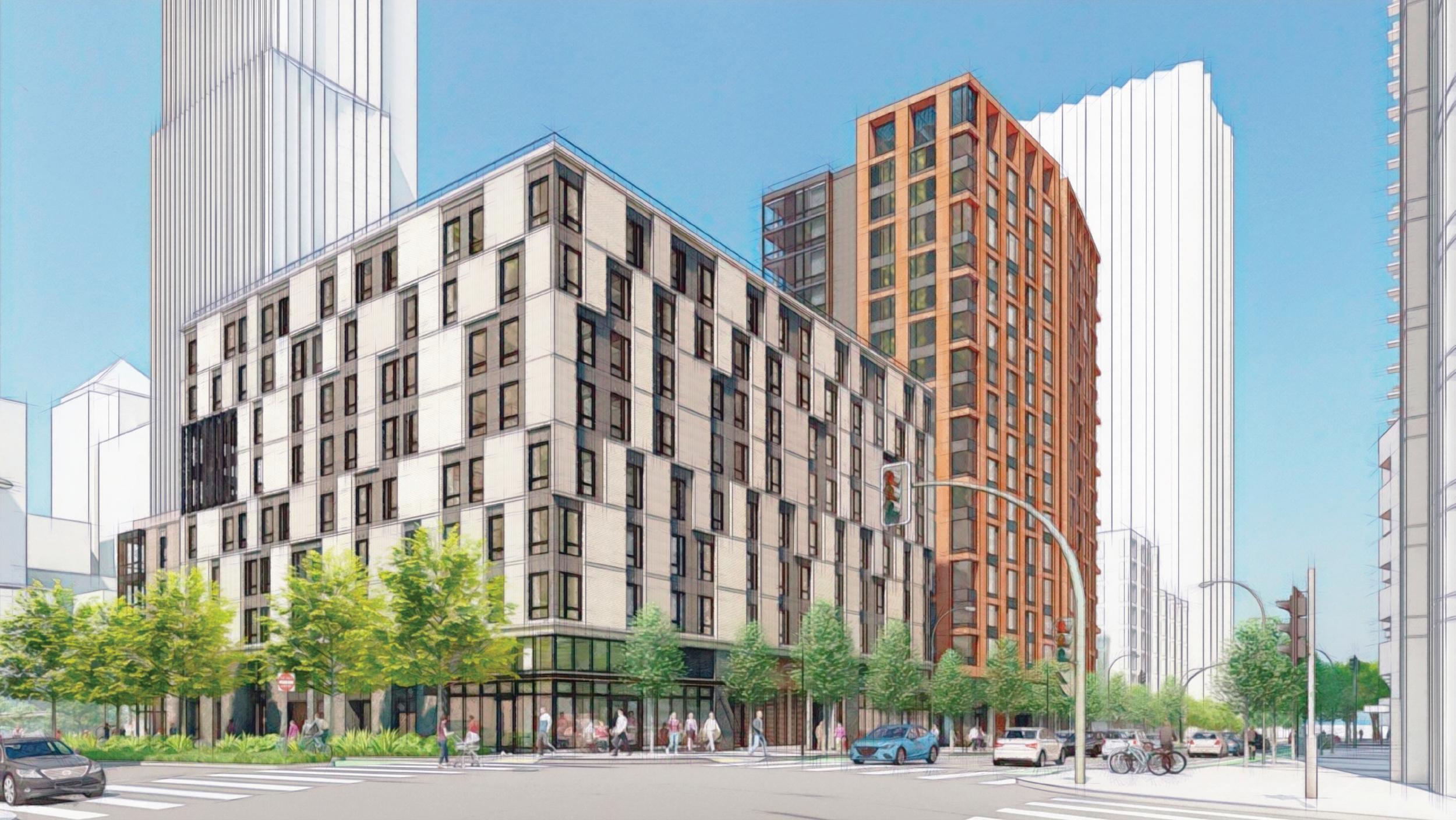 Both structures will be separated by a pedestrian pathway dubbed the mews, with five-story low-rise townhomes facing Clementina Street towards the Block Three public park. 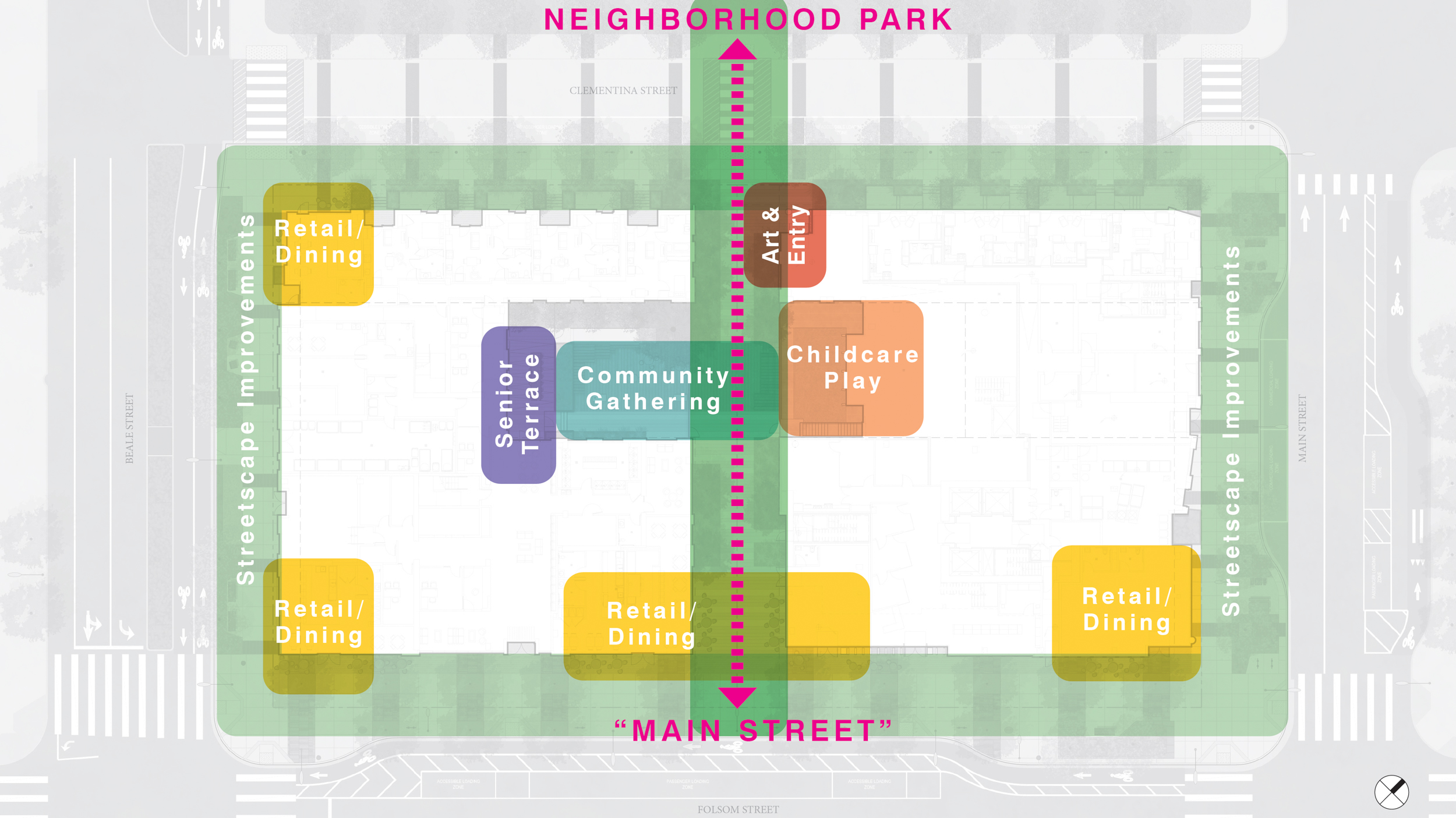 The Transbay Block 2 covers 0.98 acres, or roughly a third of the temporary Transbay Bus Terminal. Plans are being drafted to turn Block 3 into a new public park. Hines has received approval for a 47-story apartment tower to be built on Block 4.